There is hardly any English language information available for Grand Seiko so I decided to put one together. I actually wrote a few words on this some years back, but never completed or published it. Since there has been substantial interest on the forum on this topic in recent days, I dusted off the write-up and finished it; I hope readers find it useful. 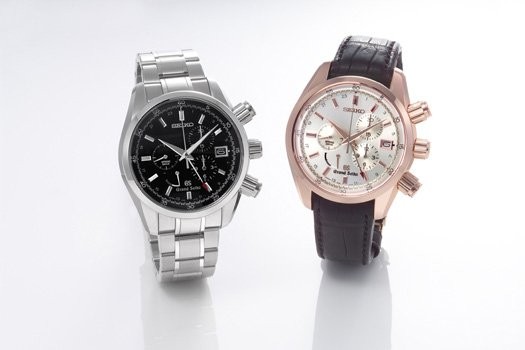 The newest Grand Seiko - the Spring Drive chronograph with GMT

Seiko can trace its history back to 1877, when Kintaro Hattori began repairing clocks - at the tender age of 18 - at his home in the Ginza, an upmarket district of Tokyo. In 1881, also the year Audemars Piguet was formed, Hattori set up K. Hattori to repair and sell clocks. Manufacture of timepieces only began in 1892, when Hattori set up Seikosha as a clock maker. Since then, K. Hattori has developed into several large companies involved in a diverse range of business with total revenues of well over a trillion yen; but strangely enough, all the business are in one way or another related to the watchmaking.

Today’s Seiko group consists of three independent companies, although they share common shareholders in the Hattori family. The first is Seiko Corporation, which encompasses the marketing and wholesale of watches as well as the making of clocks, golf clubs (S-Yard), precision and scientific equipment, semiconductors and optical products. Watches sold by Seiko Corp. are made by Seiko Instruments Inc. (SII). SII produces watches, micromechanical products and semiconductors. Finally, Seiko Epson is best known for its printing products, but it is owns Orient Watch Co. Ltd. and is also in semiconductor and optical products. Epson came about when Seiko created printers to record the time results at the 1964 Olympic Games in Tokyo, thus laying the foundations for the modern Seiko Epson - Epson is derived from “son of Electronic Printer”.

All of the Seiko group companies are involved in watchmaking in one way or another, but the most interesting is undoubtedly Morioka Seiko Instruments Inc., a subsidiary of SII. Headquartered in Morioka, the capital of Iwate Prefecture on Honshū Island, Morioka Seiko makes watches - lots of them. All watch production in Japan is done at Morioka Seiko; the factory’s annual output hit the 10 million watches milestone - in 1986. According to Seiko, the production line at the factory is “probably the largest” watch production site on the planet. But within that massive industrial company, there lies a gem, the Shizukuishi Watch Studio.

Set up in 2004, the Shizukuishi Watch Studio specialises in the production of luxury mechanical watches - Credor and Grand Seiko. A staff of 60, including 19 watchmakers, allow for a production capacity of 30,000 watches a year. Watchmakers at the Shizukuishi Watch Studio are highly qualified; two have been certified as “Modern Master Artisan” by the Japanese Ministry of Labour. 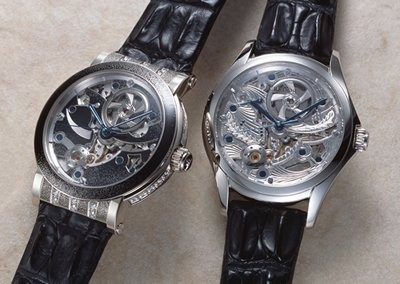 In European watchmaking, tremendous emphasis is on the finish of the movement. At the Shizukuishi Watch Studio, finishing of movement parts is mostly done by machines, resulting in the incredibly clean and sharp finishes on Grand Seiko movements. At Shizukuishi, the engravers, watch assemblers and watch adjusters are “Master Craftsmen”. In fact, one of the watch assemblers is the officially certified “Modern Master Artisan”. 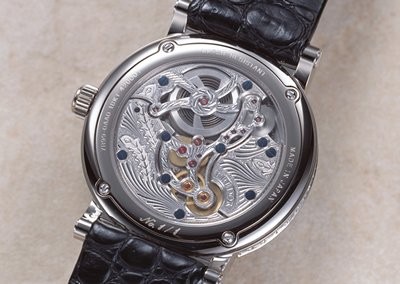 The work of a Master Craftsman

Watch adjusters are known as, quite modestly, as the “hand of god”. They perform regulation and testing of movements to achieve the “Grand Seiko standard”. Admittedly this sounds like marketing-speak, but anecdotal evidence from Grand Seiko owners indicate that they are some of the most accurate - right out of the box - mechanical watches available today.

Before being cased, all contemporary Grand Seiko movements must pass the Grand Seiko Standard. This standard calls for the watch to be tested in six positions, at three different temperatures, over a 17 day period. This is similar to the Swiss Contrôle Officiel Suisse des Chronometres (COSC) inspection, except that the COSC test demands five positions and last 15 days; not a significant difference and probably due to nationalist one-upmanship rather than significant technical advantages.

The origin of this obsession with timekeeping can be traced back to the 1950s, when Japan was rebuilding its industry after the Second World War. During that period, Seiko produced several successful wristwatch models like the Marvel, many of which domestic timekeeping competitions. Like many other Japanese companies of the time, Seiko soon ventured abroad and in 1963, it entered a quartz chronometer clock into the observatory competition held in Neuchâtel, Switzerland. It was the first Japanese watchmaker to do so, and surprised the world when its clock clinched 10th place, becoming the first non-Swiss timepiece to achieve a top ten finish.

In contrast, when Seiko entered its wristwatches into the same contest a year later, they finished 144th and 153rd respectively. In response, Seiko stepped up its work in wristwatches and put much effort into R&D. The company even experimented with extremely high beat movements of up to 50 beats per second, which translates into an astounding 180,000 beats per hour!

Soon Seiko wristwatches were extraordinarily successful in chronometer competitions. In the 1968 Geneva Observatory contest, Seiko wristwatches took 4th to 10th places, placing Seiko first amongst all the competing manufacturers. It is my opinion, along with some in the industry (both Swiss and otherwise), that one reason why Swiss observatory timekeeping contests were stopped in the early seventies, is because Japanese wristwatches kept on winning. COSC came about to replace the observatory trials; and that is also why COSC does not rank watches according to performance like the observatory trials did.

It was against this backdrop of a rapidly advancing wristwatch quality that the Grand Seiko was unveiled in 1960. Production of the original, mechanical Grand Seiko watches ran for 15 years, until the quartz revolution led it to be terminated in 1975. The Grand Seiko label was revived in 1988, but for a series of quartz watches. It was only a decade later that Seiko finally launched a new mechanical Grand Seiko watch in the form of the unassuming model SBGR001, an unassuming automatic wristwatch whose simple design belies its extraordinary quality. 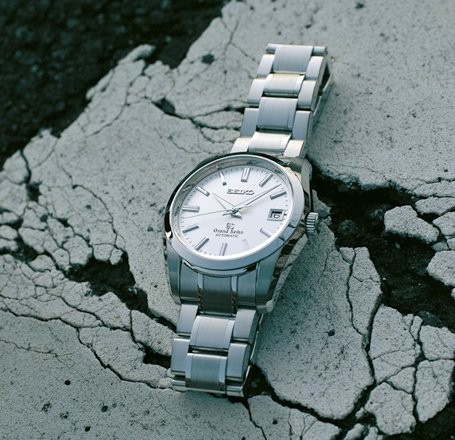 Most obviously, the modern Grand Seiko watches are inspired by the originals of the sixties and seventies, hence the mid-twentieth century styling. But more important is that fact that the aim of the designers was to create something classic - nothing trendy or cutting edge or fusion - a watch that would never go out of fashion. 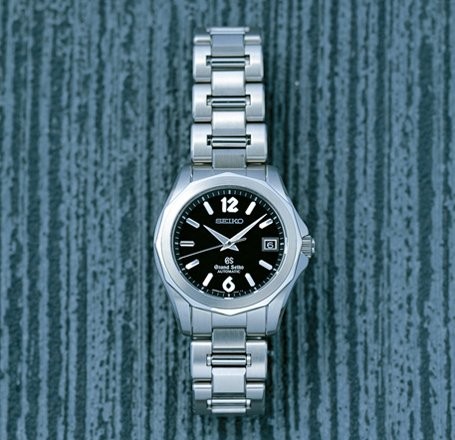 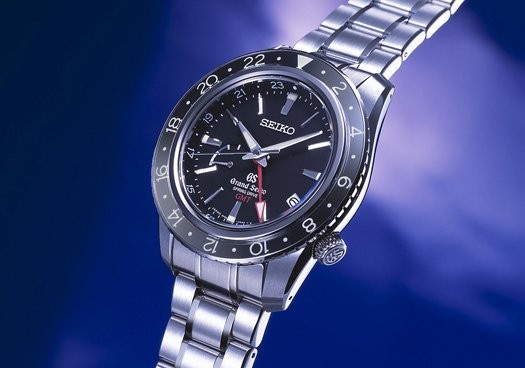 That being said, Seiko has been moving into the current century with its latest Grand Seiko designs which are decidedly more contemporary. The formation of a cohesive and distinctive aesthetic will come with time; it took Lexus nearly 20 years to formulate the widely acclaimed “L-finesse” styling now in use, and Sony took decades to look like Bang & Olufsen.

Grand Seiko exude quality and have presence on the wrist, because of the impeccable attention to detail and outstanding finish on every single component. They have to be seen in person to be appreciated for what they are.

And to conclude, here are some photos of the Grand Seiko GMT SBGM003: 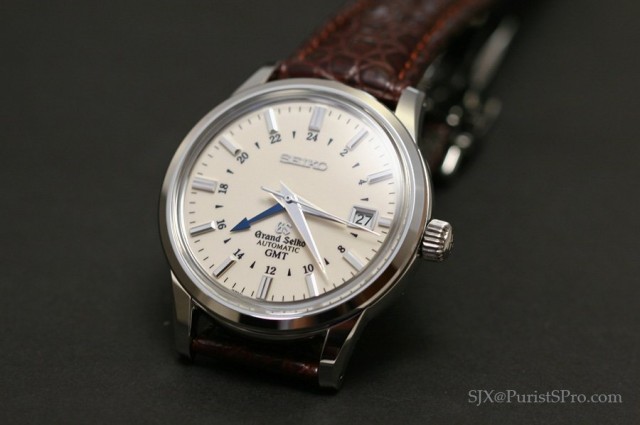 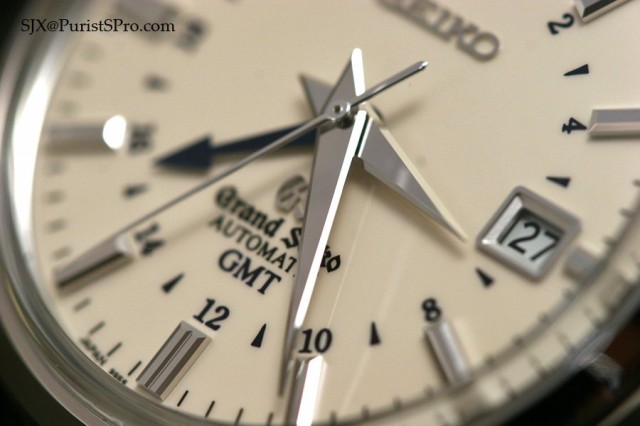 Note the way the hands catch the light, they almost look luminous 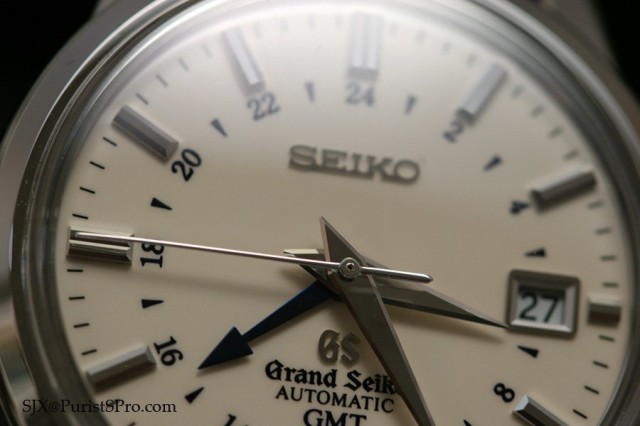 The seconds hand is not flat, it is rounded and tapers towards the end 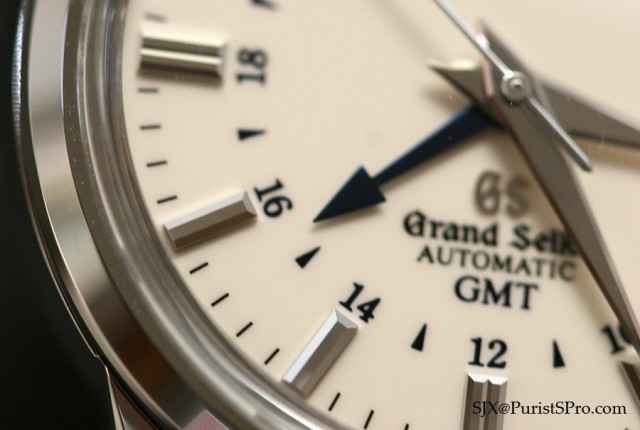 All hour markers are also beautifully polished and facetted.

All images, except for those of SBGM003, from Seiko Watch.

Kobayashi, Seiya. The History of Grand Seiko. Retrieved from www32.ocn.ne.jp .

By: SJX : January 4th, 2008-07:06
There is hardly any English language information available for Grand Seiko so I decided to put one together. I actually wrote a few words on this some years back, but never completed or published it. Since there has been substantial interest on the forum ...
login to reply

It's gratifying to see that Seiko is receiving it's fair share of attention . . .

Great reading for GS fans... and for those who are not familiar with ...

By: Horolographer : January 4th, 2008-08:50
the watches or have not seen a GS before. Thanks JX for a wonderful article. Cheers Harry
login to reply

thanks for that. i know i want one and now i know why.

By: vlim : January 4th, 2008-23:18
I really have to take a closer look at their timepieces when the opportunity arises.
login to reply

By: ei8htohms : January 5th, 2008-07:41
Hi SJX, This is a great read and will likely serve to educate many Grand Seiko newbies for years to come. Thanks! I wantred to mention though that the often repeated bit about Seiko's success at the Observatory Competitions in Geneva and Neuchatel being r...
login to reply

Some thoughts on the controversy...

By: SJX : January 5th, 2008-08:08
Hi ei8htohms, Thanks for the input. That's a good point and I do agree with it; that the discontinuation of the observatory trials due to the success of the Japanese can never be proven with any certainty, whatever is said is conjecture and personal opini...
login to reply

By: SJX : January 5th, 2008-19:20
I appreciate your comments; I look forward to your posts because they are always very informative. Like I wrote earlier, in agreement with John, whether the demise of the observatory trials is due to the quartz revolution or Japanese watches or anything e...
login to reply

By: SuitbertW : January 6th, 2008-03:57
...don't take me wrong, I'm not going to convince you or attempting to change your opinion. But I found the facts on which you obviously based this opinion a bit puzzling. As John pointed out the reference to J. Goodall's - I'm going to see where the data...
login to reply

The source I have read which somewhat addresses this

By: SteveG : January 5th, 2008-10:30
question, more in an informational rather than rhetorical fashion, is K. Seiya: At this page: www32.ocn.ne.jp .html#chrono ) "Chronometer appeal In the middle of 1960's, European Chronometer Official Association appealed that Seiko shouldn't use the name ...
login to reply

more great info, I love these watches! thanks! (nt)

Thanks JoeT, great details...please share with us more. [nt]

Thanks for a good read.

Setting the record straight - I hope

By: ticktock : January 6th, 2008-16:36
As the author of "A Journey in Time: The Remarkable Story of Seiko" which was one of the references used by SJX, it seems appropriate to post here Seiko's official description of the Spring Drive mechanism, as quoted in the press release issued at the tim...
login to reply

thanks for the additional tech details! (nt)

Excellent write up ! Thanks a lot ! [nt]