I’m attracted to this one. 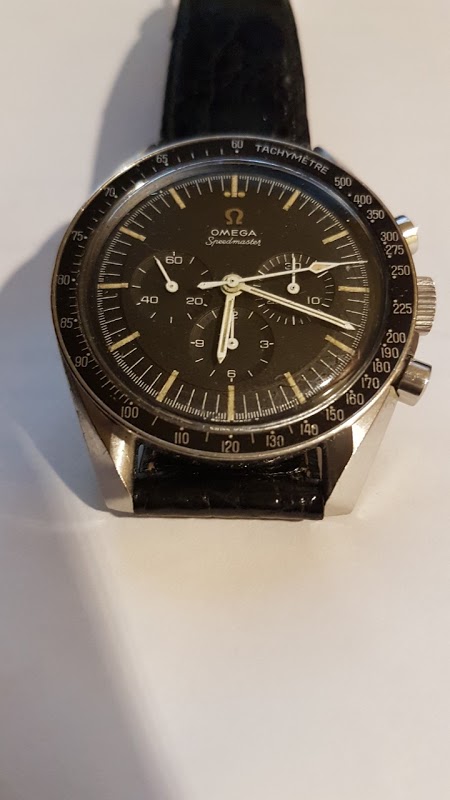 By: amanico : November 20th, 2018-01:27
I am not a big fan of Speedmasters... Maybe because there is so much passion about it, maybe because I am always reluctant when a watch cannibalizes a brand, maybe because when people think Omega, they first think " Speedmasters ". I don't have a Speedmas...
login to reply

I only speak from experience [nt]

2915s are for sure the most iconic but since a few years their prices have skyrocketed. Aesthetically speaking my favourite reference is 2998 with straight lugs and alpha hands. A good and

Yes, but its price is starting to be quite high... But I do get your point. Thanks, my dear friend. [nt]

By: Jurry : November 20th, 2018-05:46
The problem with Omega is that, indeed, they are squeezing the moon watch like a lemon. They have gone too far with limited editions on special editions, white grey Black you name it, they’ve got it But it completely took the magic out of it To me there a...
login to reply

Like you, I think the hype for the Speedmaster is excessive. Omega has some very good other models. For example, this year, I am more falling in love for the Seamaster 1948! [nt]

Though you declare not being fan of the Speedy, I feel that at least one example should reside in your collection and filling the Triology gap...

By: Subexplorer : November 20th, 2018-06:36
... would be a fantastic excuse! All the examples you show can make happy a demanding collector. I would go for any of those you are considering... before they are gone forever or their prices put definitively in the missing train category! As this crazy ...
login to reply

I may also end with one or two moderns... ;) But I need a Vintage one, and ma working on that topic. Gracias, Abel. [nt]

That´s great dear Nicolas!! Look forward to view what you finally get for your collection. Modern and vintage... you´ll get the best of two worlds, I´m sure!! Abrazos mi amigo! [nt]

I'm sure you'll put your hands on a Speedmaster, one day! I am one of those who love (some not because it is unwatchable!) the variants of this model... what a splendid path! [nt]

I feel you are right, Amico. Grazie. [nt]

with the risk of being assassinated...

By: Alex83 : November 20th, 2018-12:52
I am sure these gentlemen are really good human beings! I am just very sceptical with some parts of the written history... Actually the more I age, or perhaps the more I see what is going on today, the less I believe certain parts of recent history... But...
login to reply

By: Dr No : November 20th, 2018-13:22
. . . accepted interpretations of history, including both Kennedy assassinations, but not when it comes to the moon landings. I heard Charlie D describe his experience losing his footing and almost falling into a pit, from which he wouldn't have been able...
login to reply

Thanks for the post. I agree with you, I want a speedmaster but there are so many choices where to start?

By: socabaptist : November 20th, 2018-12:41
Please keep posting any more choices that you find - this gives me a better idea of what's out there. Thanks!
login to reply

With great pleasure. I will tell you more soon, hopefully. [nt]

I’m attracted to this one.

A classic. But why this one more than a straight lugs version? [nt]

It took me years, too. Many years and still not a big fan, but the lines are maybe moving in the good direction for me. ;p [nt]