By: amanico : November 20th, 2018-01:27
I am not a big fan of Speedmasters... Maybe because there is so much passion about it, maybe because I am always reluctant when a watch cannibalizes a brand, maybe because when people think Omega, they first think " Speedmasters ".
I don't have a Speedmaster in my collection, not yet... As a proud owner of a Seamaster ( CK 2913 ) and a Railmaster ( CK 2914 for the Pakistani Army ), I am considering a Speedmaster, now.
For this model, I much prefer straight lugs, maybe because I want to build the famous " Trilogy " or Holy Trinity?
The biggest issue is, as you well know, that the logic would lead me on finding a CK 2915. But the prices went mad, about that reference. It is not much better on the CK 2998, either.
The compromise would be a ST 105 003, but I want something which is close to the 2915.
You are seeing me waving a lot, in my quest...
So, I started to do my homework, to see some Speemdasters, to play with some.
And some pleased me a lot.
Here they are...
The Grail, the CK 2915.
Credit picture: Antiquorum: 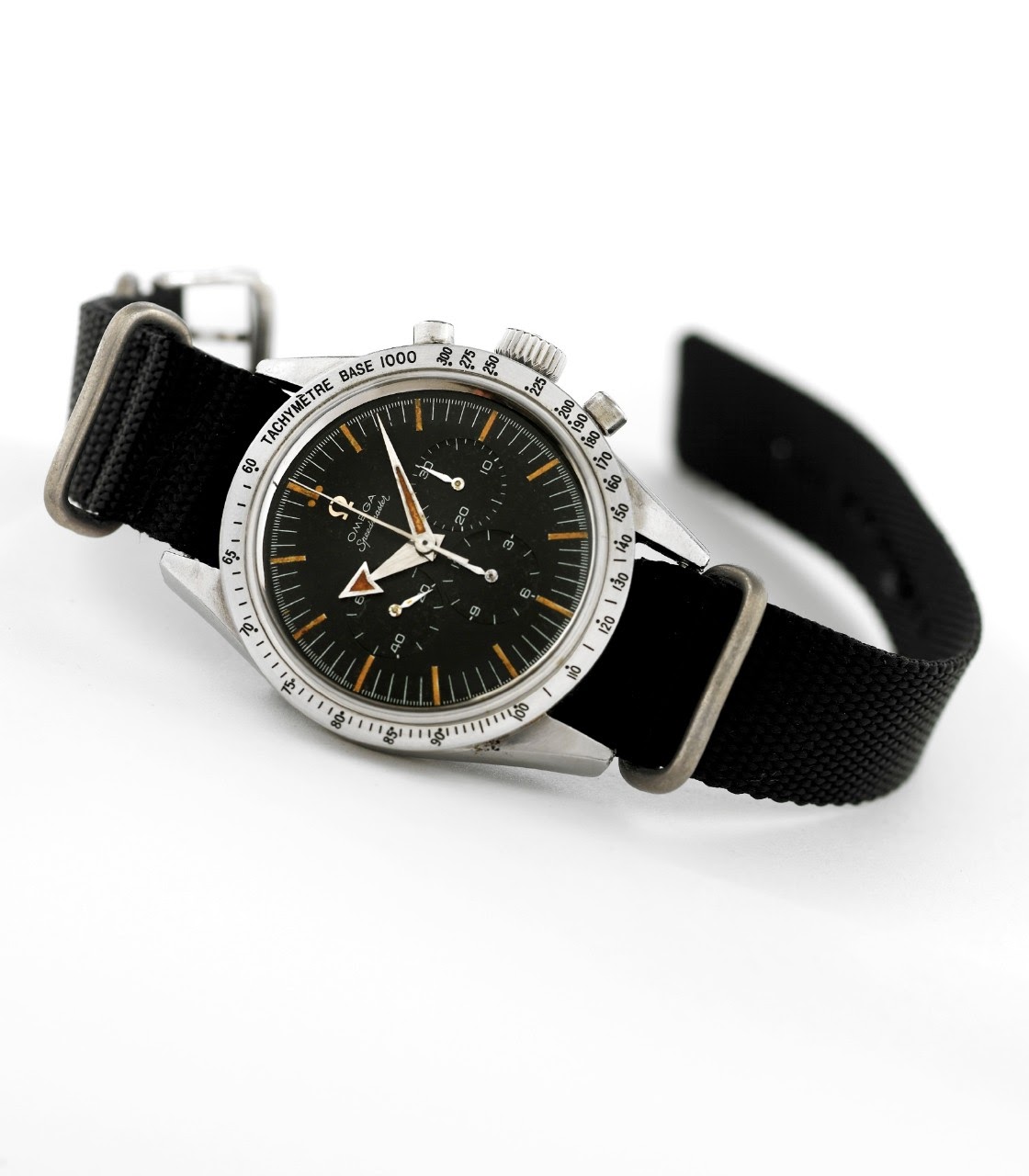 A chocolate CK 2998, with incorrect hands: 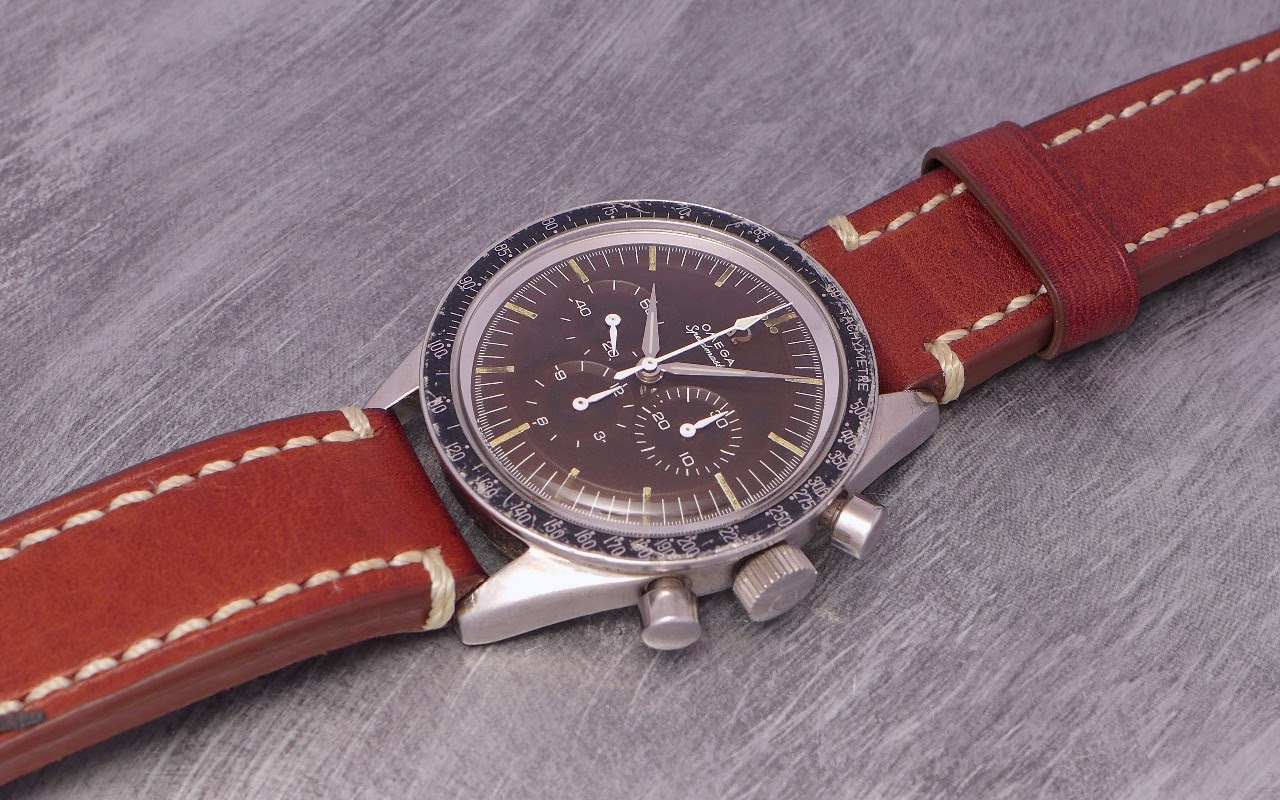 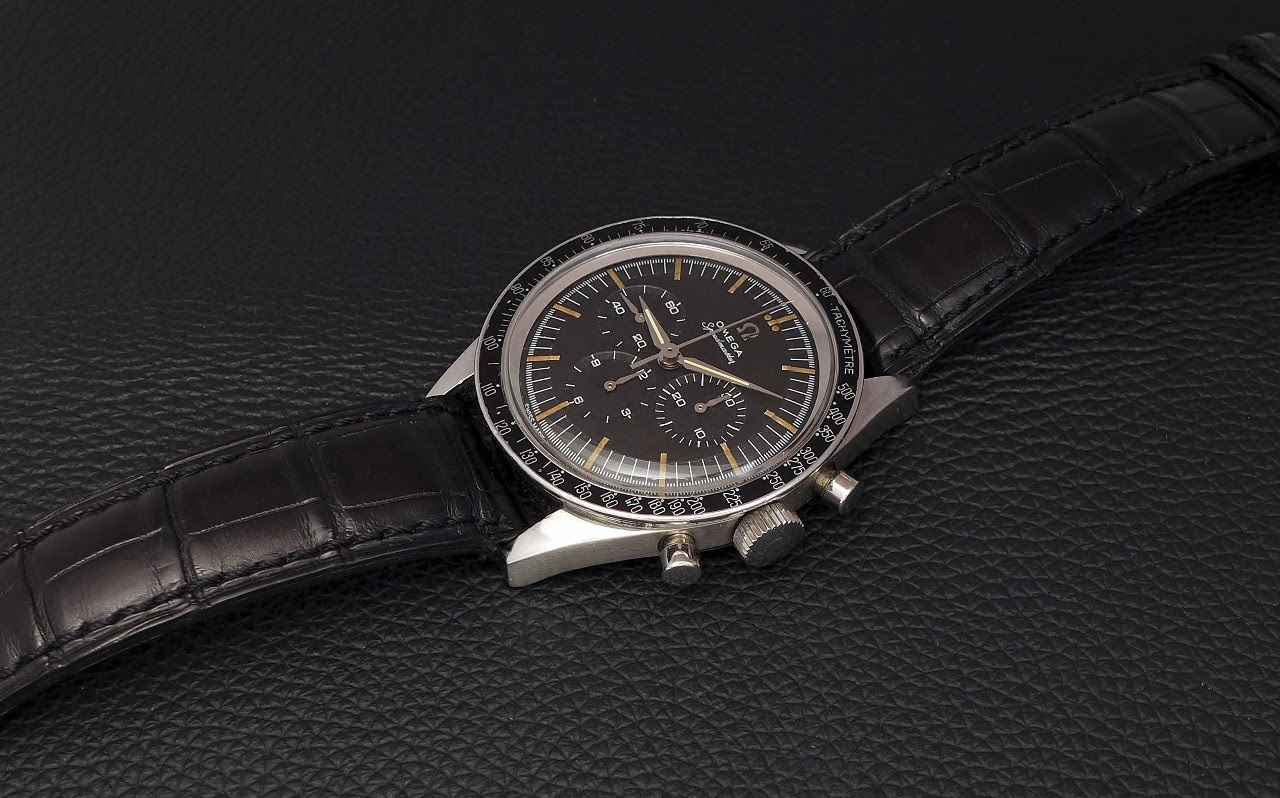 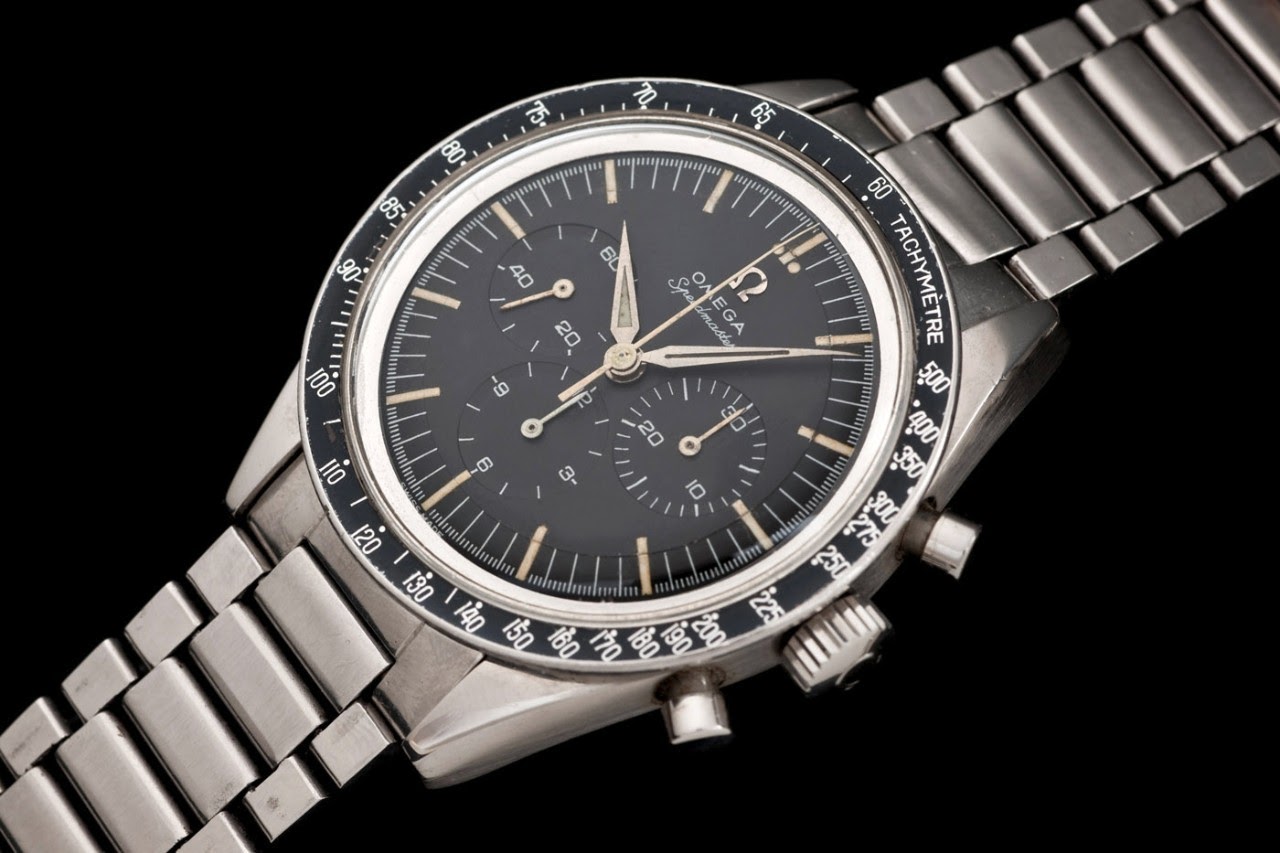 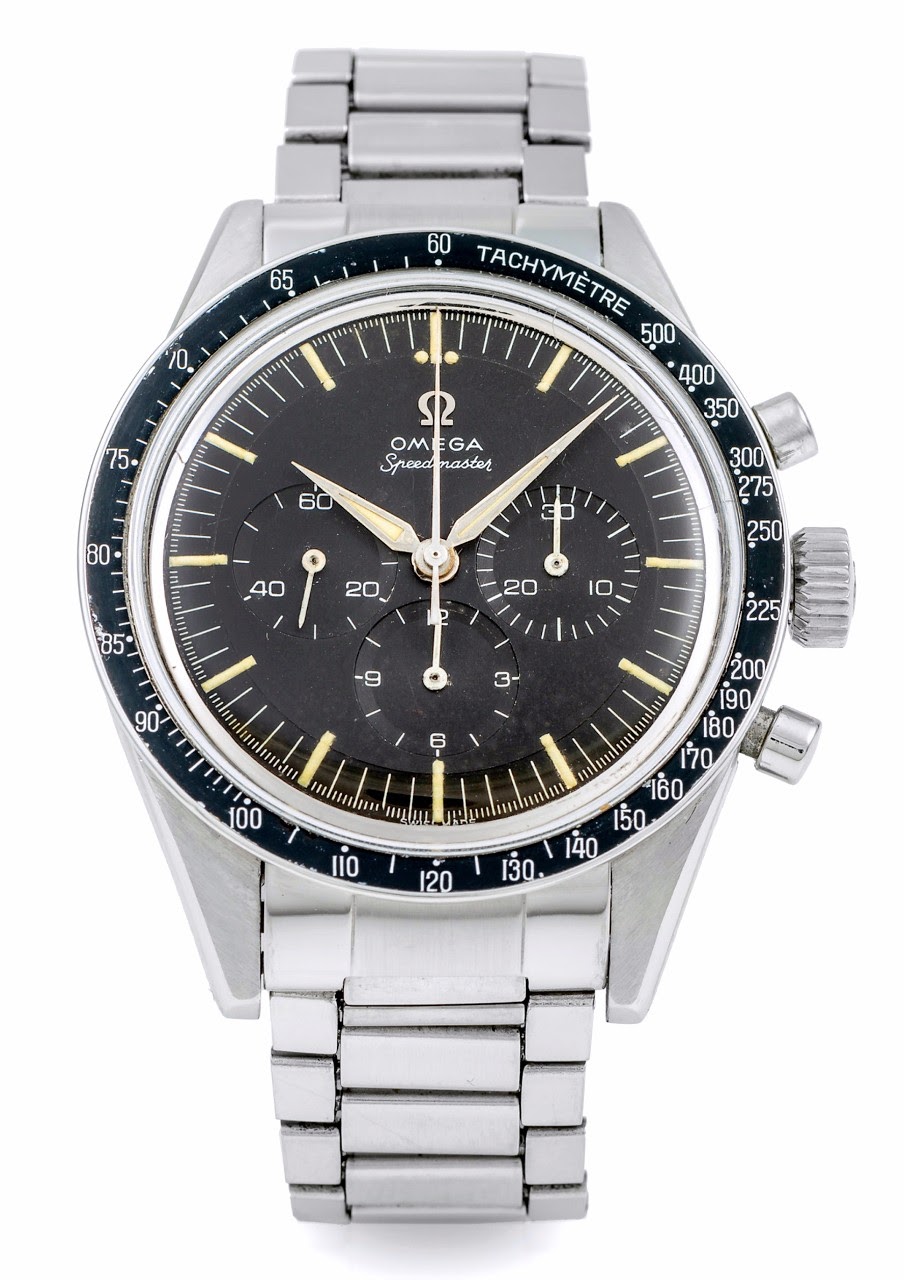 A CK 2998 which is one I am considering buying, all correct and in great shape: 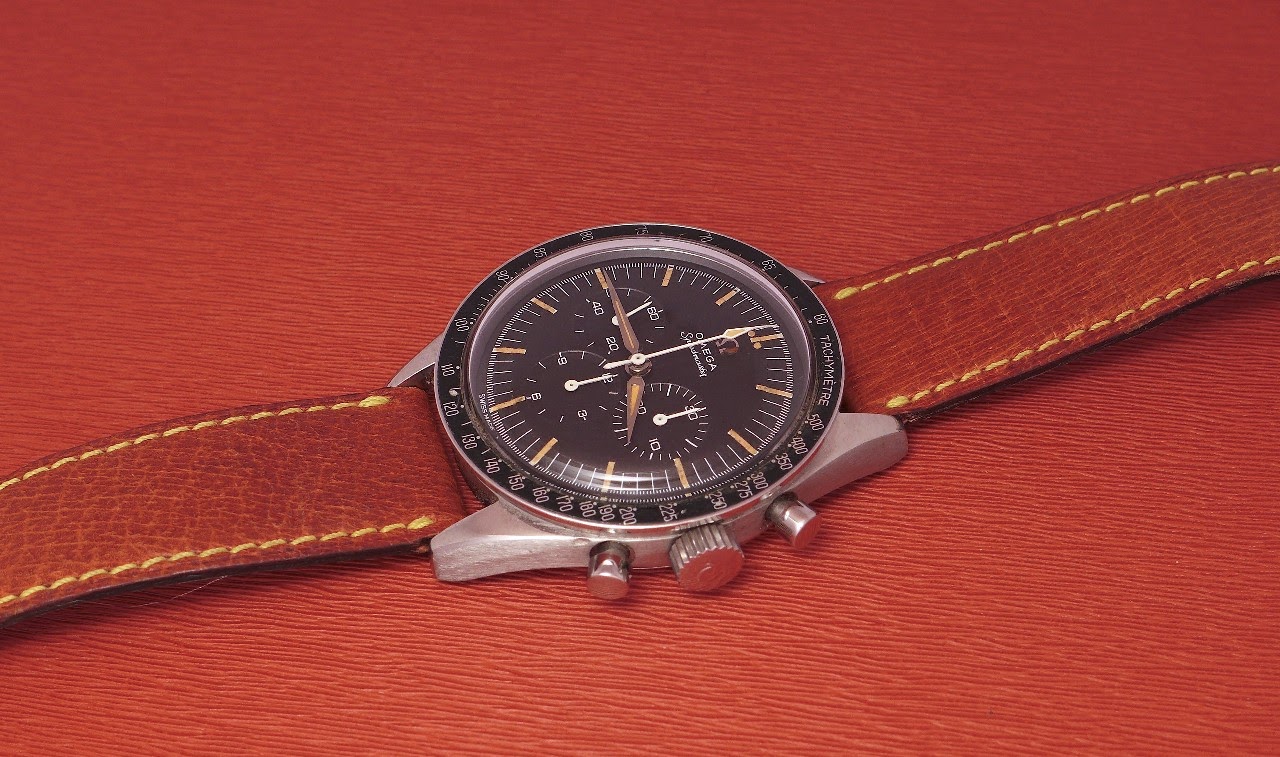 One CK 2998 which broke my heart. I fell in love but really couldn't afford it. THAT one is a killer... 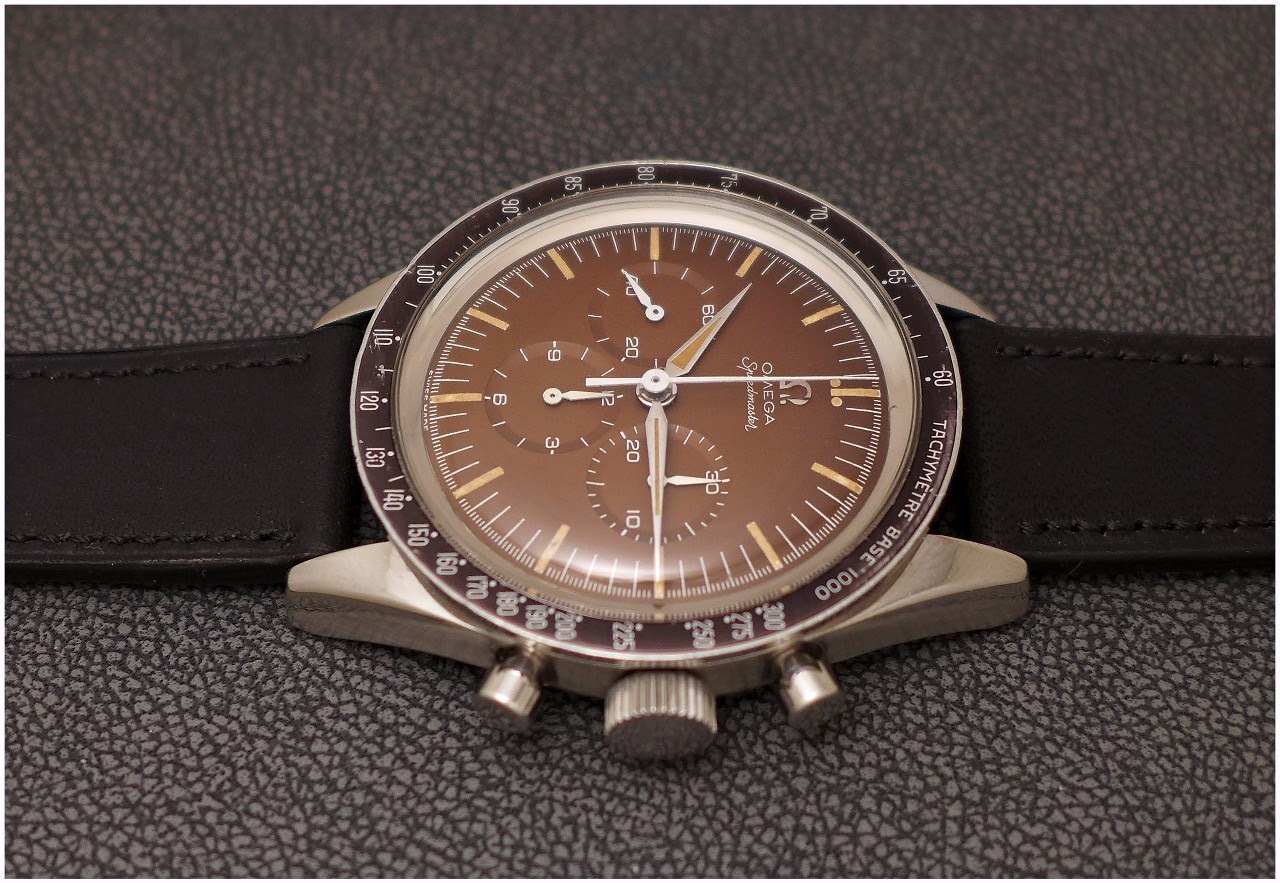 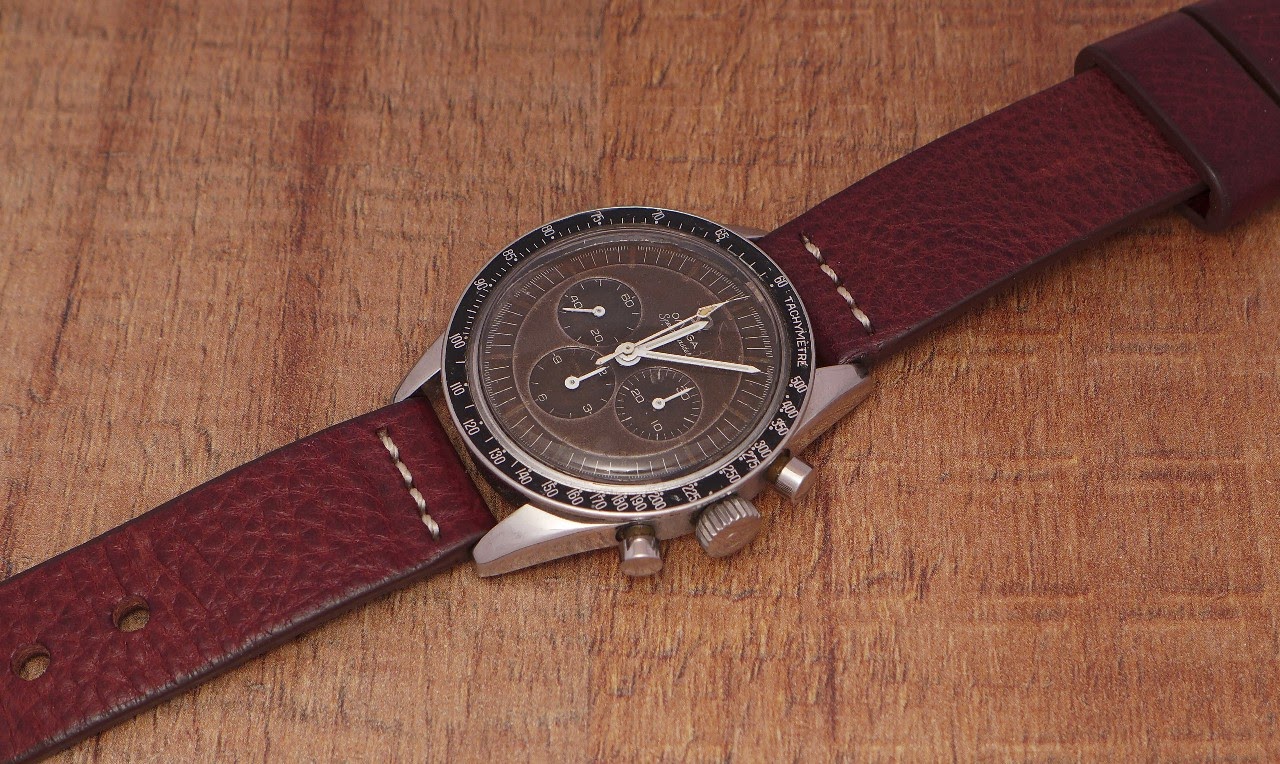 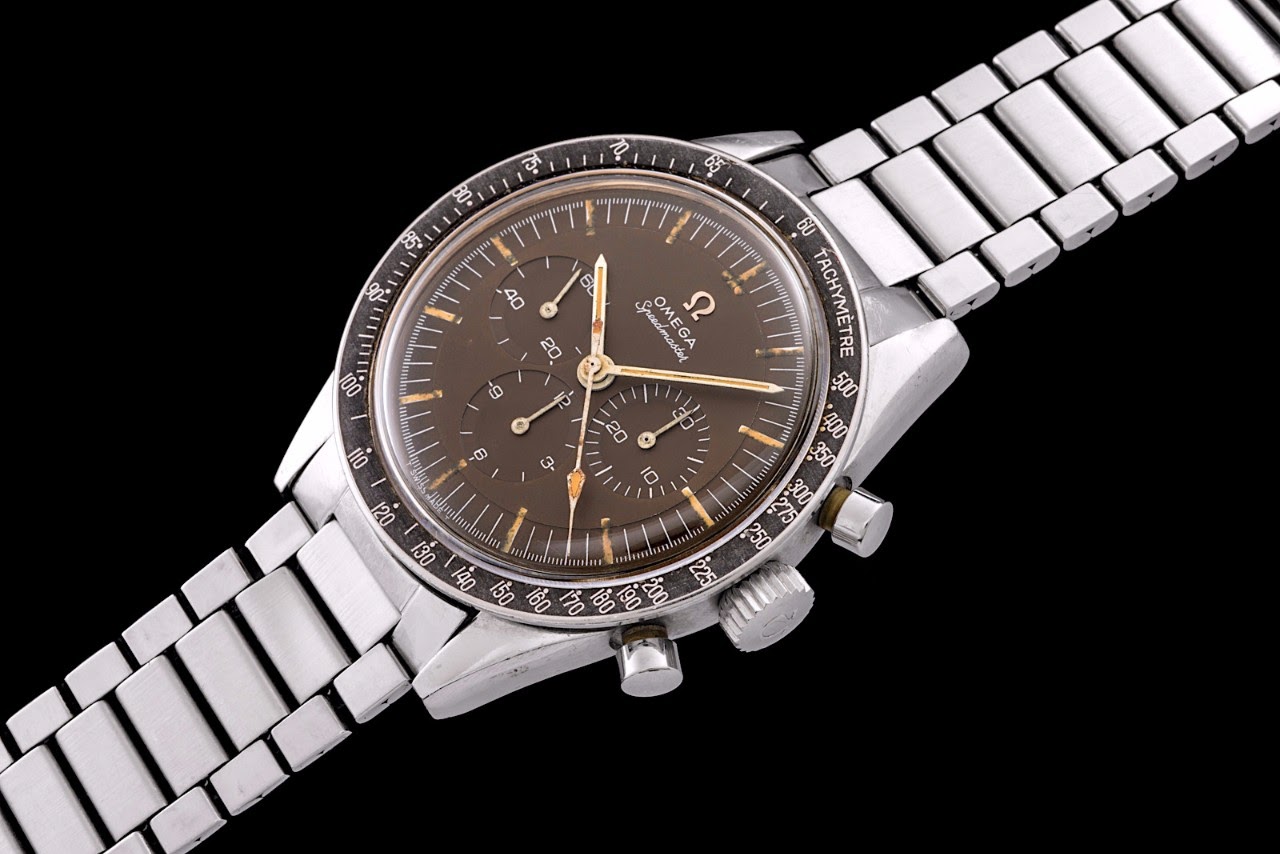 Let's end with the 105 002, the elusive reference, which I seriously consider getting. Still debating between this one and the CK 2998 I mentioned above, taken on the same background. 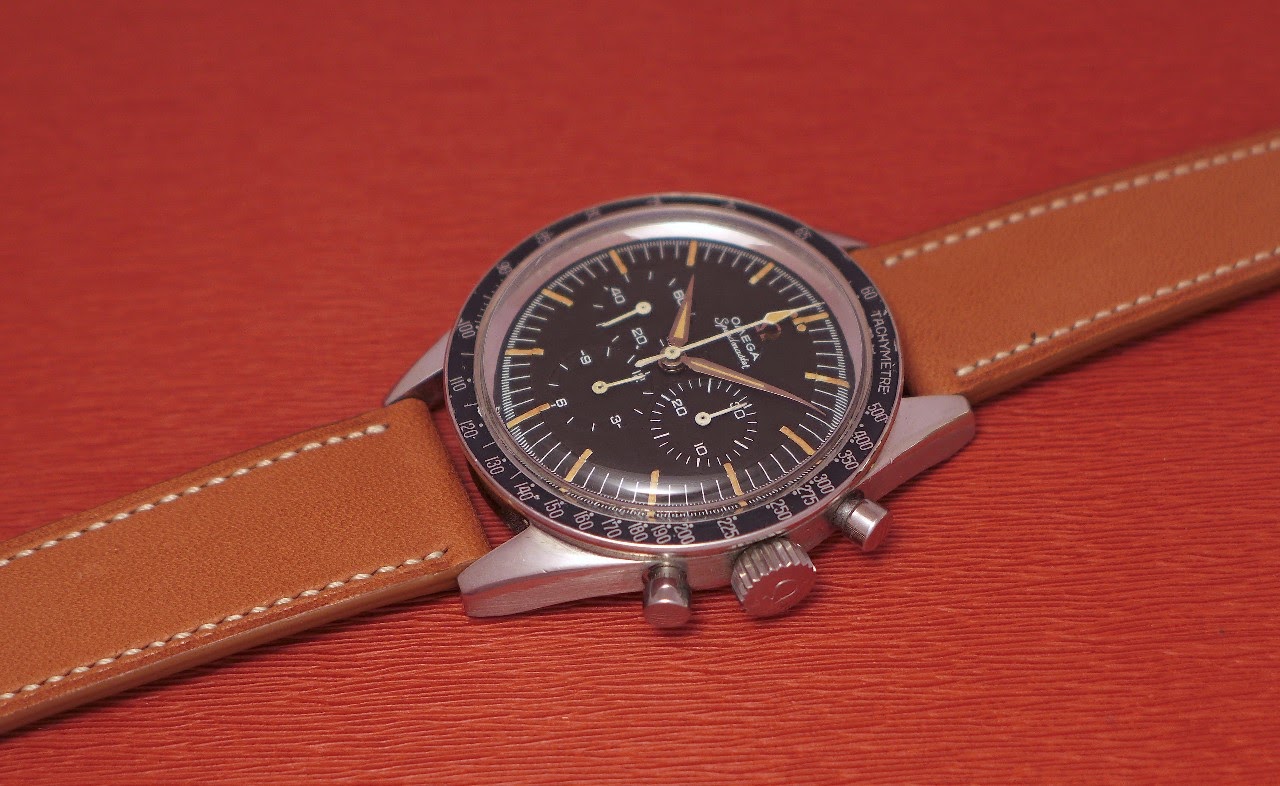 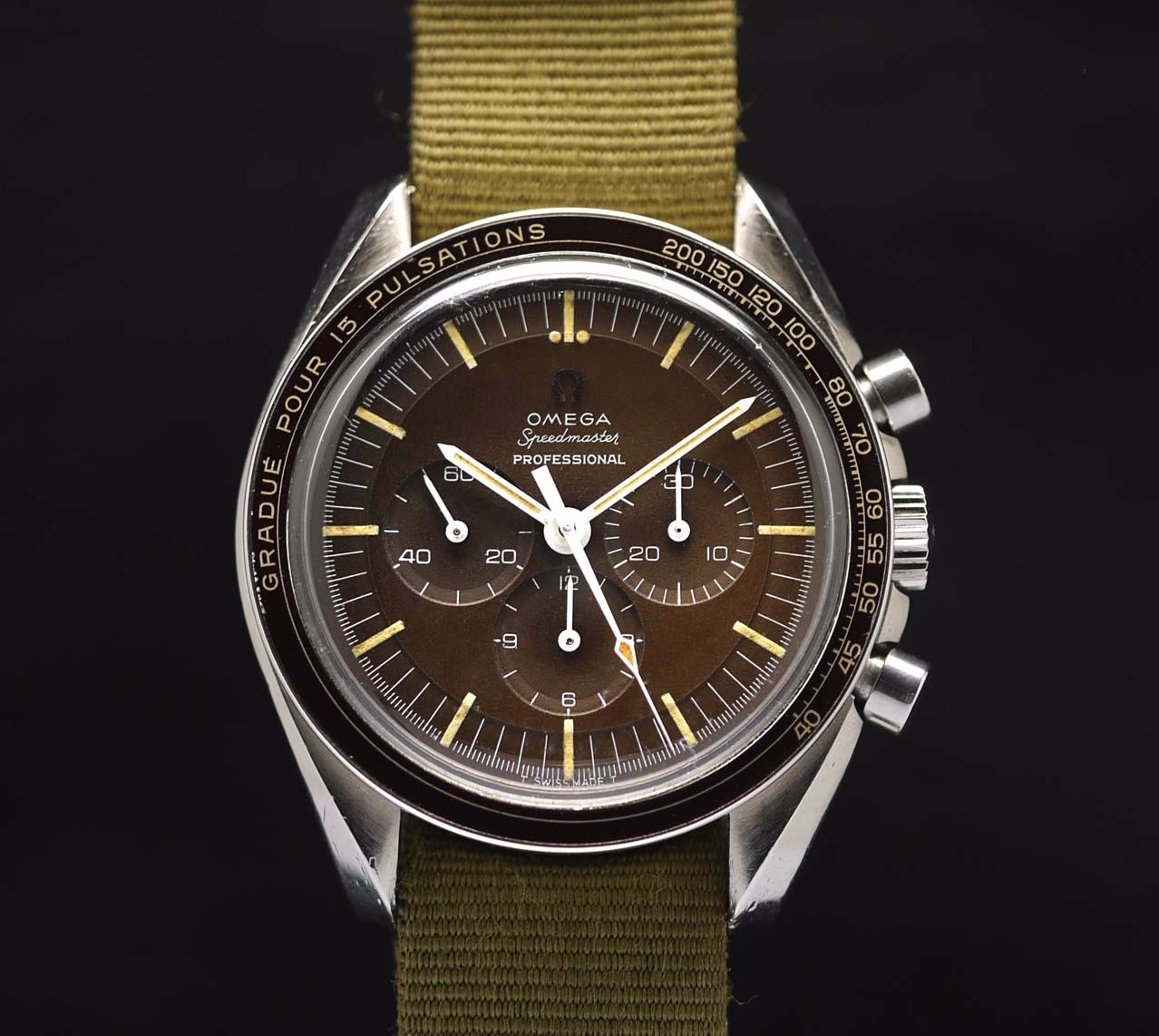 But my absolute Grail is this Alaska Type 2, seen at the Omega Museum: 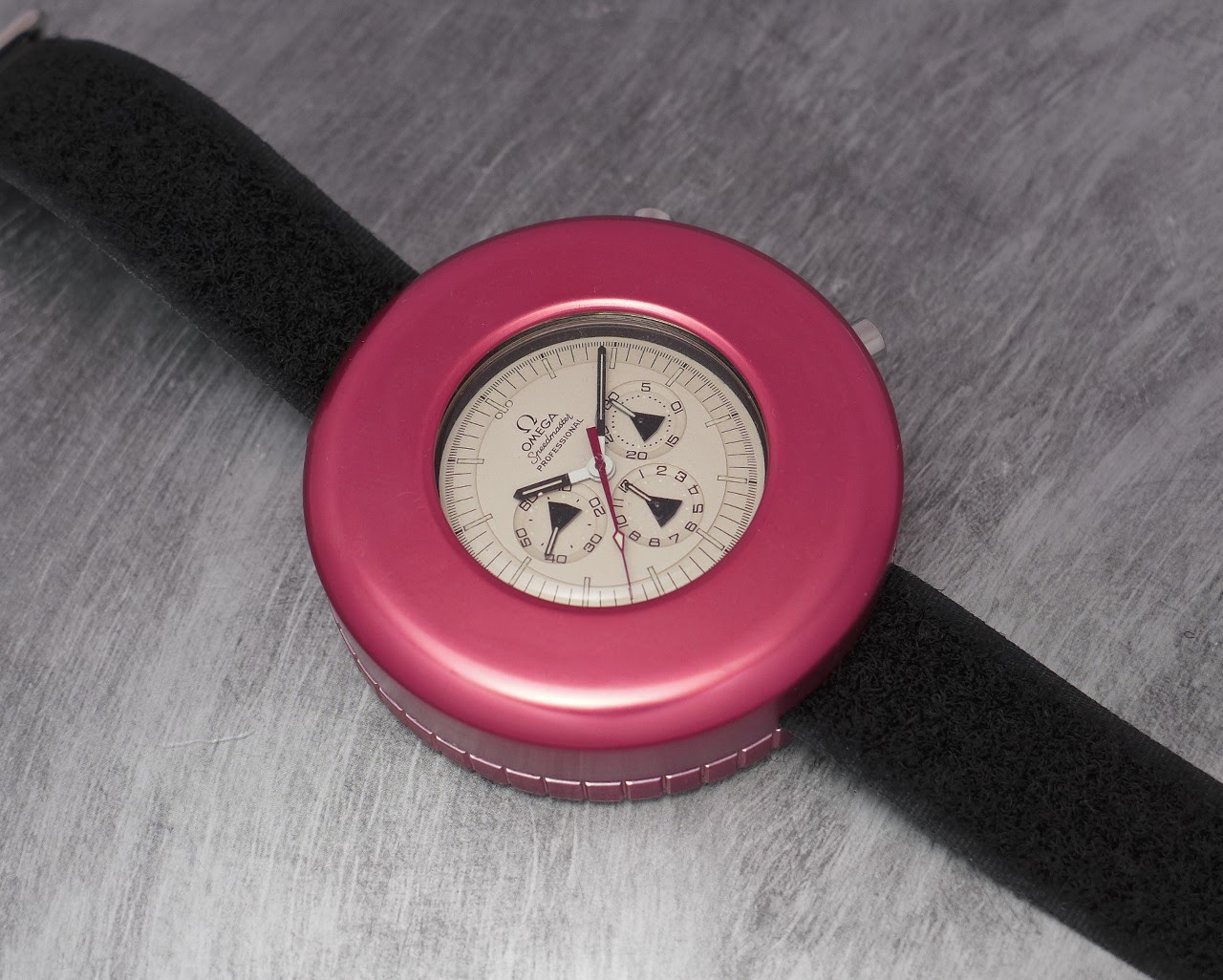 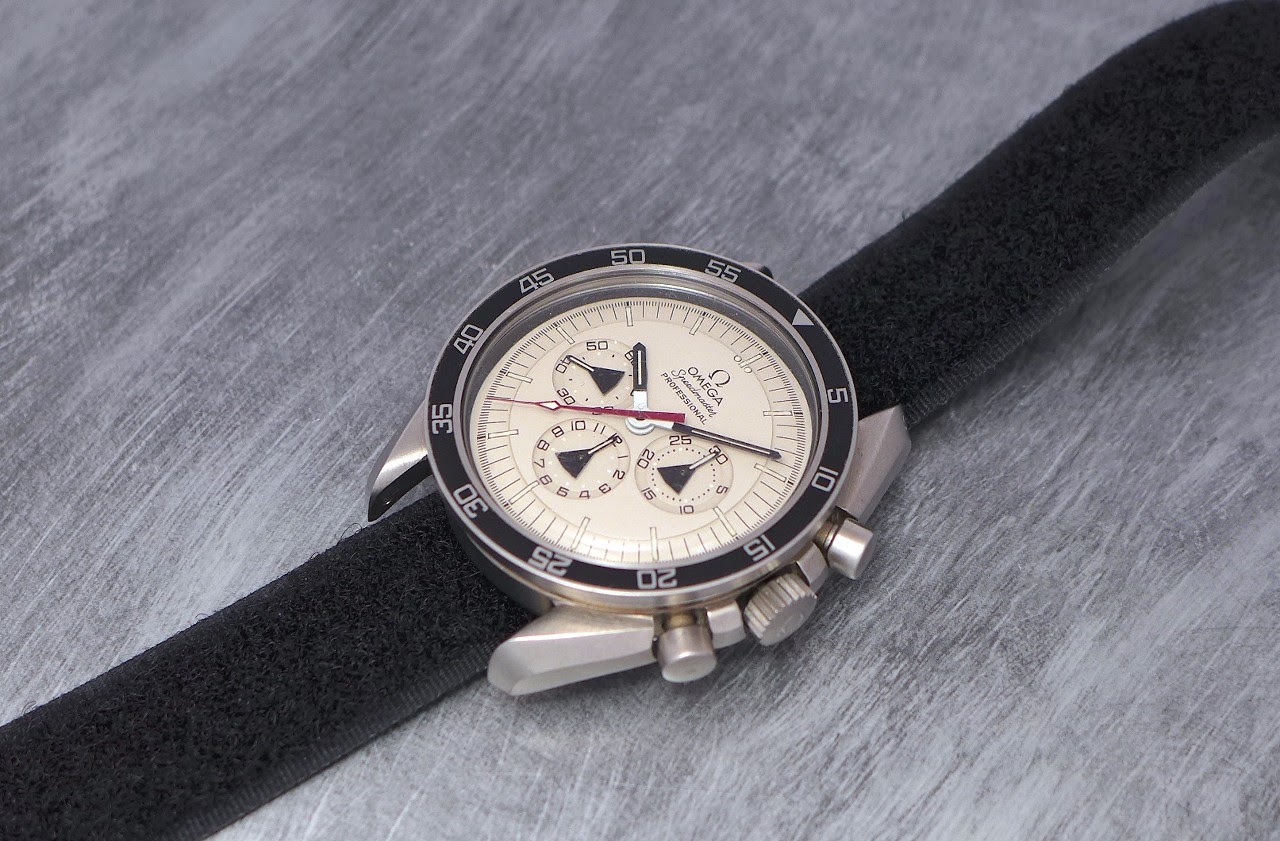 As you can see, it is a long term project. Something I have in my mind for years, now.
Best,
Nicolas
login to reply

They have gone too far with limited editions on special editions, white grey Black you name it, they’ve got it

But it completely took the magic out of it

To me there are 3 Omegas that are worthwhile: the 3 they brought last year in one box Seamaster Railmaster and Speedmaster

My son owns an Speedmaster the moon watch professional. That’s watch I can relate to and feel the magic of first man on the moon

I’ve never quit got the hype on them.

Vacheron, Blancpain they’ve got it mastered on how to connect the past with present. Omega is only milking one watch that (let’s not forget by more luck than wisdom) got selected by NASA.

but these are just my views. Quality wise they are great watches, style wise most are good, it’s just that “wow factor” that I’m missing
login to reply

By: Subexplorer : November 20th, 2018-06:36
... would be a fantastic excuse!
All the examples you show can make happy a demanding collector. I would go for any of those you are considering... before they are gone forever or their prices put definitively in the missing train category!

As this crazy market suggest the Speedy prices trend is to keep rising their values.
I wish to see your own Speedy soon dear Nicolas! Your collection deserves it!
Un abrazo desde las Pampas! Abel 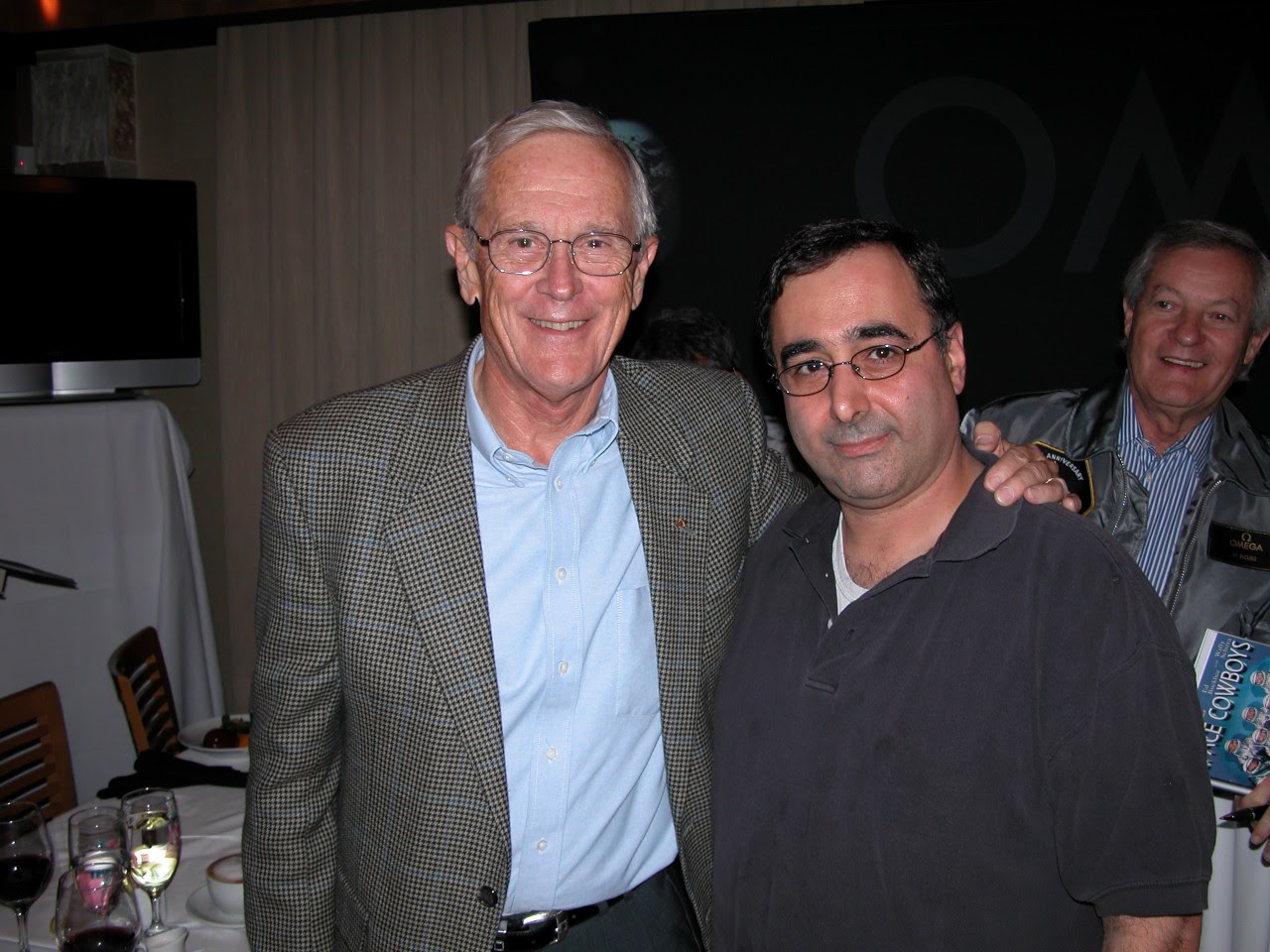 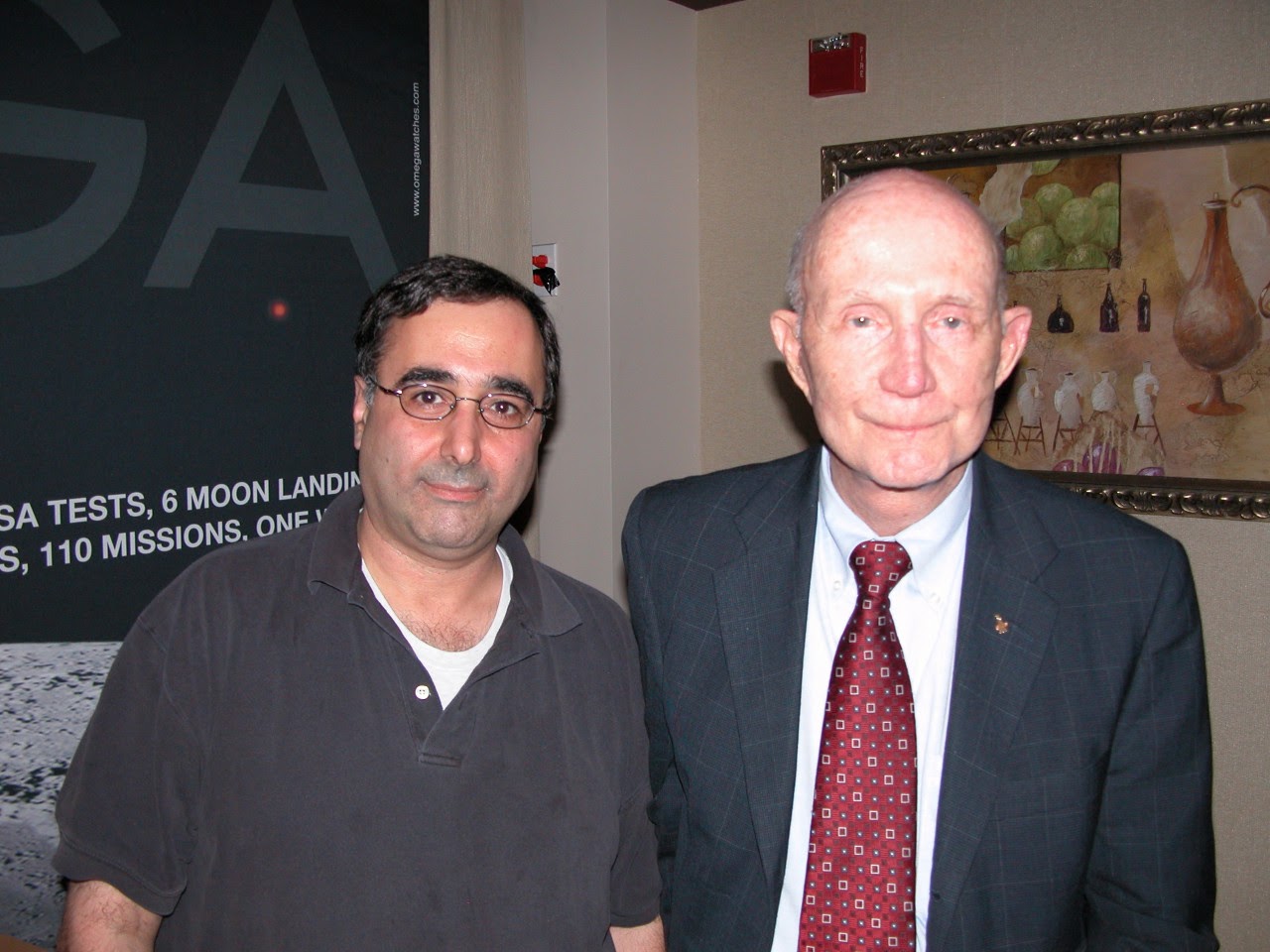 . . . and can say without the slightest doubt these guys could never have pulled off a fabricated stunt and kept the hoodwink going indefinitely.

By: Alex83 : November 20th, 2018-12:52
I am sure these gentlemen are really good human beings!
I am just very sceptical with some parts of the written history... Actually the more I age, or perhaps the more I see what is going on today, the less I believe certain parts of recent history... But that's just me off course!
Best,
Alex
login to reply

By: Dr No : November 20th, 2018-13:22
. . . accepted interpretations of history, including both Kennedy assassinations, but not when it comes to the moon landings.  I heard Charlie D describe his experience losing his footing and almost falling into a pit, from which he wouldn't have been able to emerge.  He was utterly humble and totally credible.
Trust me.
;-)

login to reply
By: socabaptist : November 20th, 2018-12:41
Please keep posting any more choices that you find - this gives me a better idea of what's out there. Thanks!
login to reply