Picture taken a the SIHH 2012, when the second generation of the Datograph was unveiled. 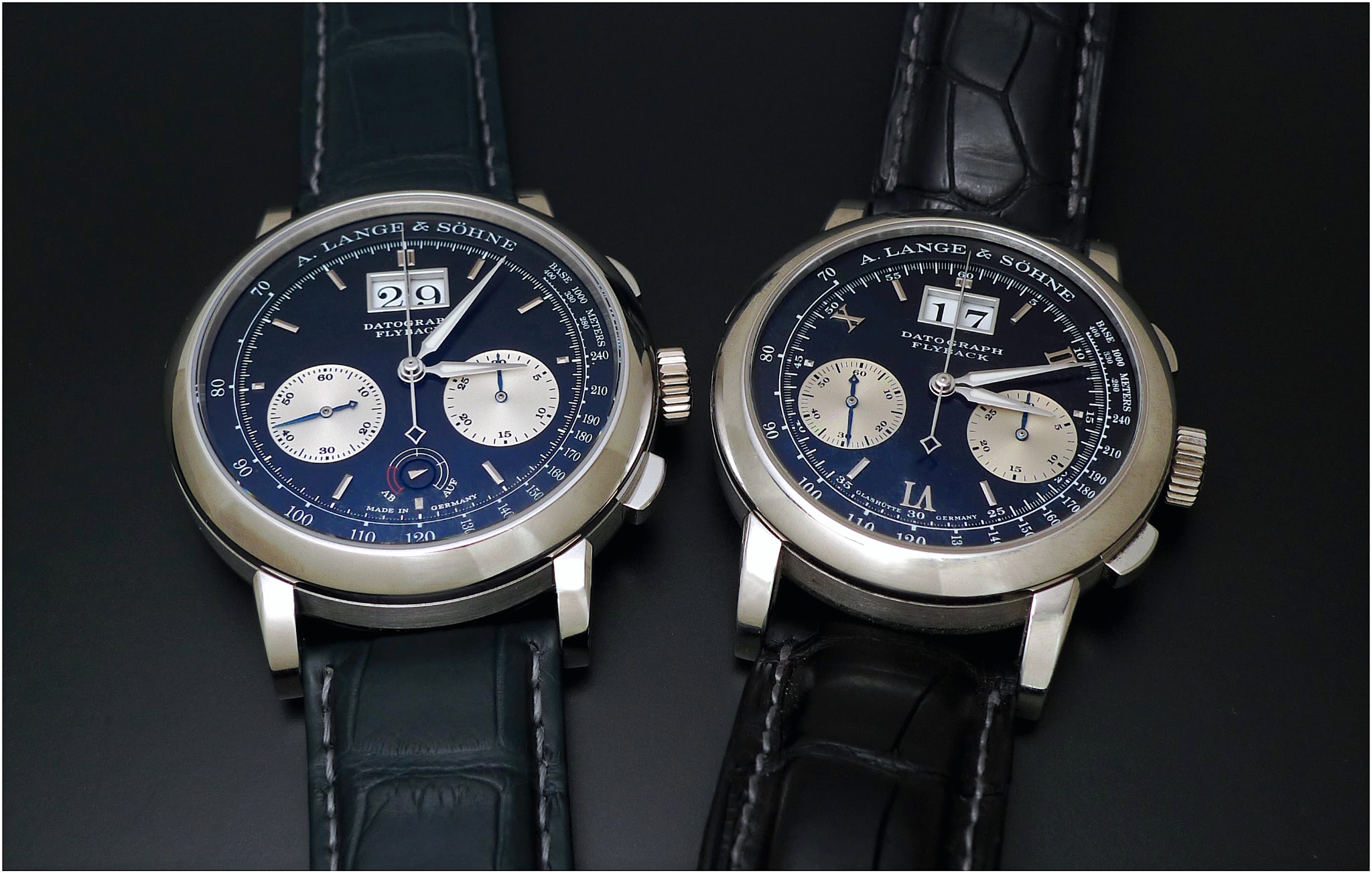 I have my clear preference, but what's yours, between these two?
Best,
Nicolas

By: amanico : January 15th, 2023-10:39
Picture taken a the SIHH 2012, when the second generation of the Datograph was unveiled. I have my clear preference, but what's yours, between these two? Best, Nicolas ...
login to reply

The original version without a second of hesitation 🤩🤩

Not a bad choice, indeed. 2d point for the first version, then?

Was it a question?

By: Speedie74 aka Mr. Torquise : January 15th, 2023-11:21
First is and always will be the first love! Because of everything: size, proportions and I like even the roman numerals here… And the ugly “Auf & Ab” ruins totally the second generation… Just my 50 cents!
login to reply

The first generation hands down!

Thank you very much for sharing! 1st for me !

1st gen for sure

Sure that it is not light, nor very comfortable. 6-1 for the One, now.

Not even close, 1st

Not sure why there is a huge debate

By: immerschnell : January 15th, 2023-14:12
From a technical standpoint there really should be no problem with either. I’ve often scratched my head about why there are such emotionally intense sides to this question. In many cases it seems like one may really dislike the other model. I see them as ...
login to reply

By: amanico : January 15th, 2023-16:28
The Datograph is a magic triangle composed by the 2 sub dials and the Grande Date. The Second generation adds a power reserve indicator which draws a kind of weird losange. Now, the bigger case gives more comfort to the Datograph and the increased power r...
login to reply

Sure always good to discuss.

By: immerschnell : January 15th, 2023-17:49
Do all of you really dislike the power reserve on this? I know some find it “distracting” but in what way really? To some extent you could say it balances the vertical aspects with the date on top. Again I’m not saying it has to be there but they did put ...
login to reply

The Triangle is so much the DNA of the Dato. The power reserve is too weird, here, in my opinion.

I get the triangle and feel you my friend.

By: immerschnell : January 15th, 2023-20:24
Frankly I still get the triangle on the gen 2. It’s still in the dna of Lange and the datograph in both. There’s nothing wrong with preferring one. It’s just a triangle with a circle too. Ha ha. It’s interesting how our tastes form isn’t it?? I still main...
login to reply

That's the most important, indeed. The pleasure we feel for and thanks to a watch. Agreed.

Yes exactly!! Art and appreciation is so fascinating! How nice we can enjoy this.

And it is great to be able to discuss that here, in such a good spirit.

I dislike the PR indicator on the Dato Up/Down for two specific reasons.

Understand your thoughts there. No red, no problem. Makes sense to me.

The one on the right without a doubt 👍

By: darrony : January 15th, 2023-15:56
Out of the bed”…so to speak. I would prefer the flatter aspect ratio of the new one and usually quite appreciate the PR indicator (on the back is best like JLC) … could have been the 2nd patent they borrow😂. But not sure if PR indicator look good on back ...
login to reply

The original seems perfectly aesthetically designed to my eyes.

This one is interesting.

By: immerschnell : January 15th, 2023-18:27
I’ve heard others say the gen 1 was preferred because it was more open and the gen 2 was cluttered by the PR. All of this is so subjective!! Isn’t that interesting??
login to reply

For sure....so very subjective. The PR as a dial element doesn't bother me (nor its placement)...

By: vitalsigns : January 15th, 2023-19:21
although for a classically designed chrono, i would have preferred it somewhat different, probably similar to the PR on the double split
login to reply

I got you on that. Understood

Without a doubt. The first Gen for me👍

15-1 and for me it's not a single reason like the power reserve or the size. I tried the new Dato on and nothing happened. There were no emotions at all. No idea why.

I see. Thanks for your vote, my friend.

By: nice2guy : January 15th, 2023-21:57
First generation for me. Second has too much open space. On power reserve, I don’t see the purpose on manual winding watches. Much prefer this feature on low efficient/micro rotor ones.
login to reply

That's really interesting. I would think that the automatic seems to not need it as much as the mechanical which you just don't know where it is and letting it sit or on your wrist is not going to help that matter.

By: Jim14 : January 16th, 2023-02:12
The perfection of the dial outweighs the pucklike wearability by quite a bit. I have not tried the first gen in my wrist, so I cannot tell if it is really as unbalanced for me as for others, but I doubt I would have a problem because I have a 7 1/4 inch w...
login to reply

I have the same wrist than yours, and on mine, the size was perfect. The comfort not so much, but hey I didn't really care. ;)

By: nice2guy : January 16th, 2023-14:55
Deployant, doesn’t have to be Lange, makes first generation much more comfortable.
login to reply

You mean the folding buckle? In this case, I agree that the pin is uber comfortable.

By: furen : January 16th, 2023-14:41
Cause its the one i have. I am bias. The power reserve is very useful especially since its a manual wind.
login to reply

Original. I think it may be the greatest modern watch.

By: montecristo#2 : January 17th, 2023-01:06
The presence of the watch is incredible. I love it. The thing with it is that there are actually two symmetrical triangles balancing each other. The one that everyone sees with the big date at the apex, and then the Roman numerals. The stick indices and p...
login to reply

19-2 for the One, now. I totally agree with your description and couldn't say it better.

Ok guys so how about this one…

By: immerschnell : January 17th, 2023-10:37
Let’s say you could unsee the gen 1. And you never k we anything about it. It was never made by Lange until this year w the gen 2 which would be the gen 1 in my example. Would you find it groundbreaking and an inspirational design? What would you say abou...
login to reply

By: immerschnell : January 18th, 2023-10:41
I suppose I wonder if we would even have a major issue with it though. I feel it wound technically be a powerhouse just the same. I guess if I’ve doesn’t like power reserve indicators then it would be less desirable me but trying v to imagine what wouldn’...
login to reply

Gen 2 for me. I guess i am in the minority but i am fine with the power reserve. Conversely, i find the Gen 1 roman numerals a wee bit incongruous.

By: Rhyzen : January 17th, 2023-15:33
The 2nd generation is a gorgeous timepiece, but there's nothing like the 1st generation Datograph. The various elements just works perfectly.
login to reply

No doubt the original version !