Tudor Submariner 7924 Big Crown. The first pictures I took and a story about this watch. 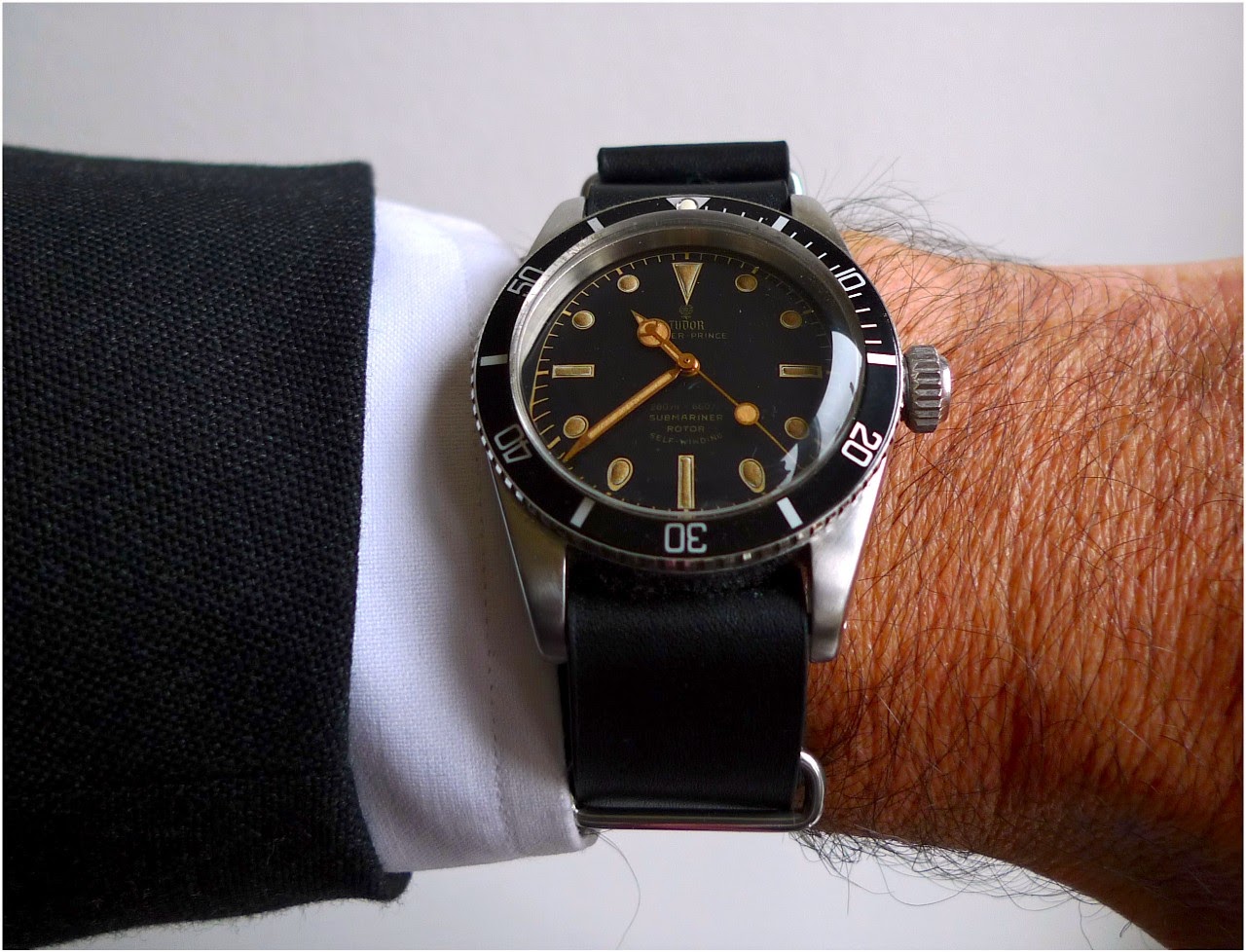 I found the very first pictures I took when I finally convinced the owner to sell this Tudor 7924 to me. And immediately, the feelings resurfaced and also the story behind  it.
I remember how I harassed him for months before he decided to let it go. And how excited I was to finally get it! Can you imagine? There were not that many made, in 1958, which is the only year of production, in the last quartal, moreover. Some say that only 200 were made, I rather think 400 or 500 is more correct, and much less all correct are still alive, nowadays. And I just managed to get one of these holy monsters! I did it!
The pictures of my 7924 in October 2010: 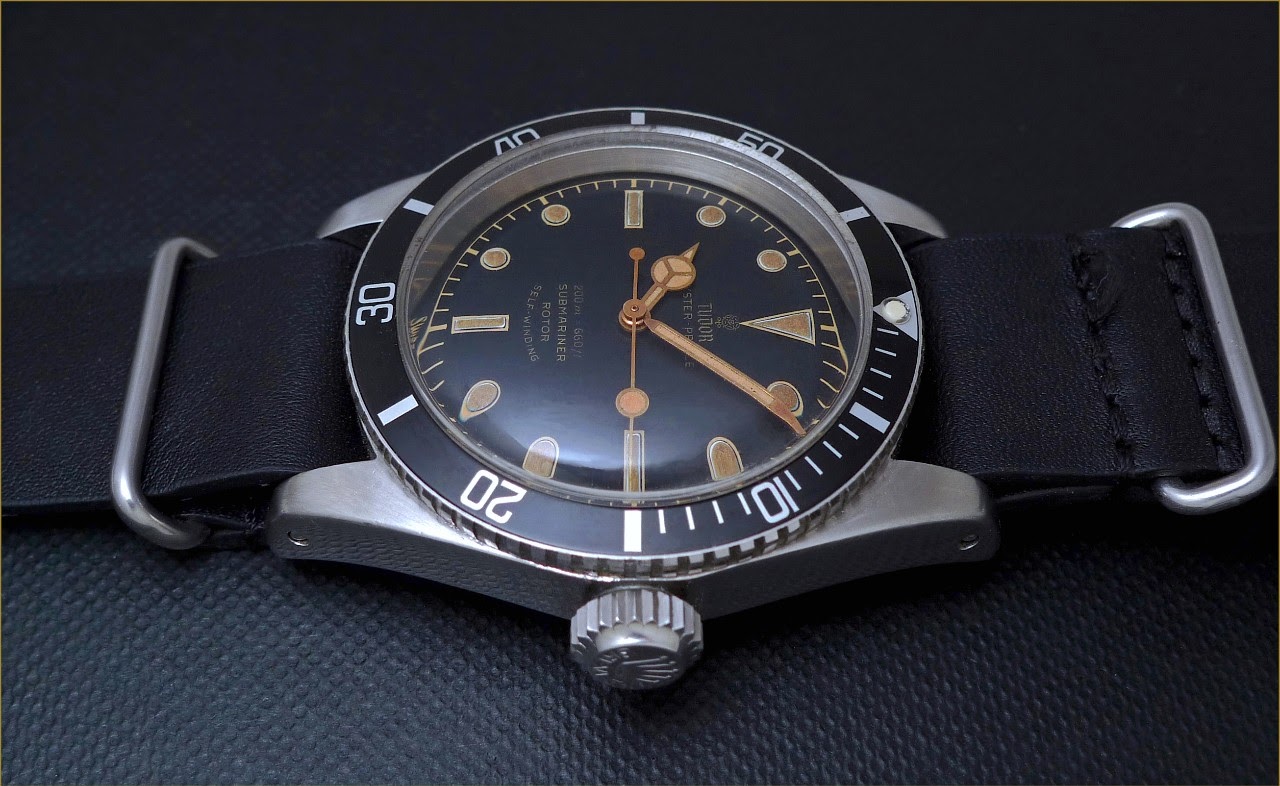 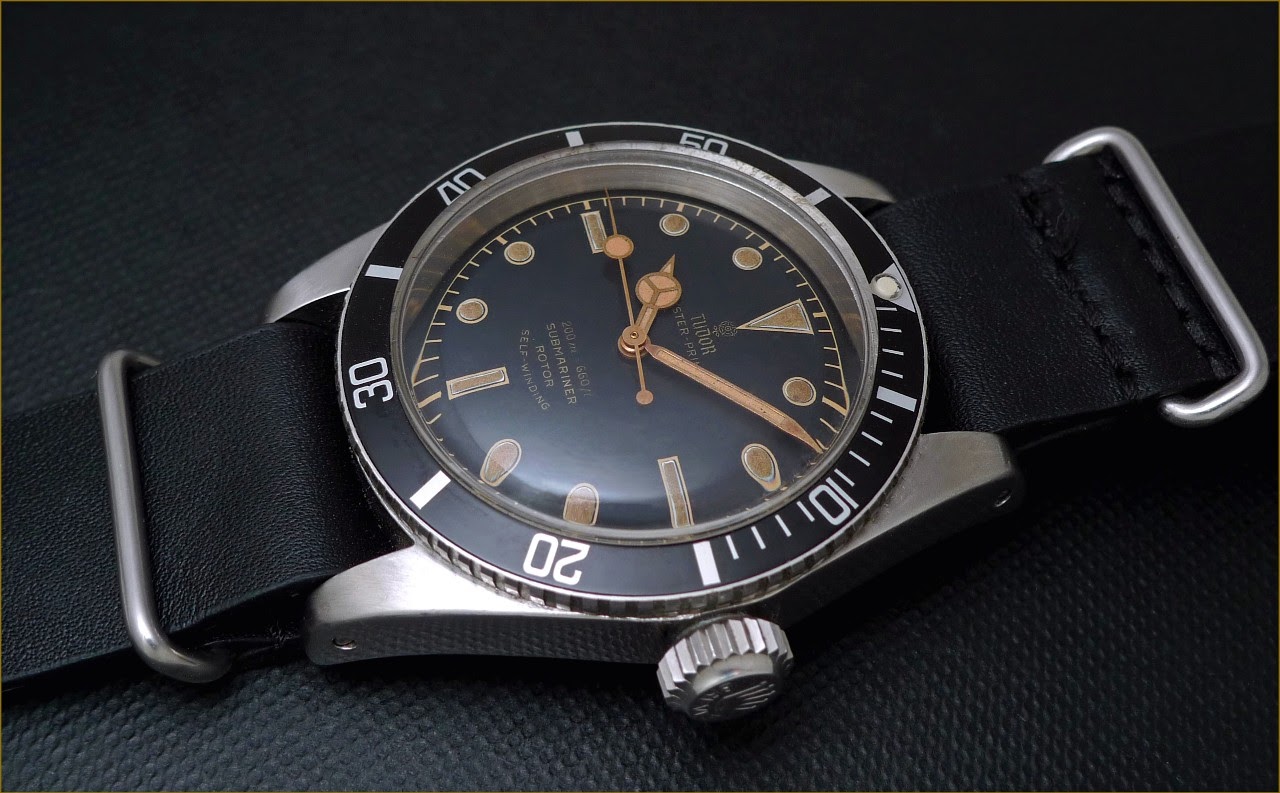 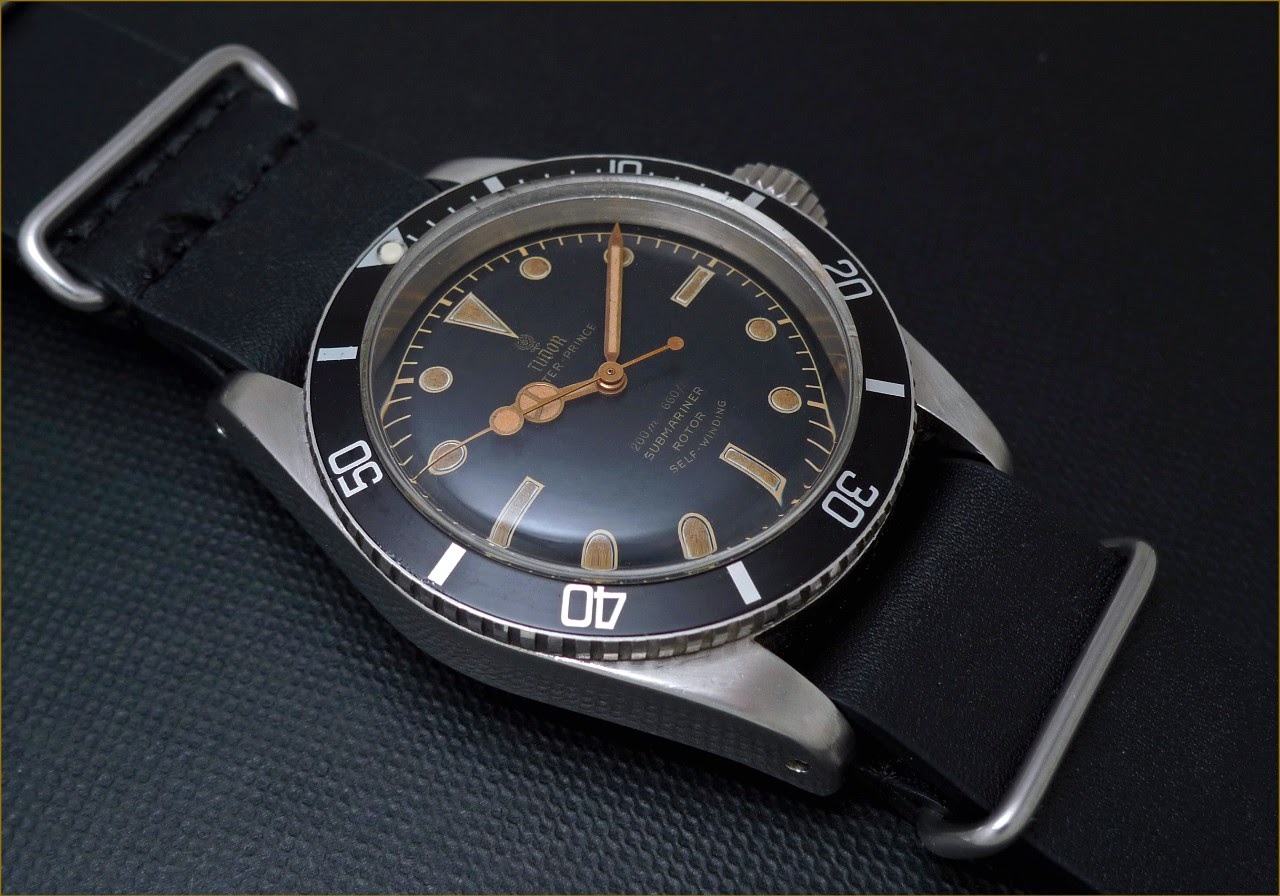 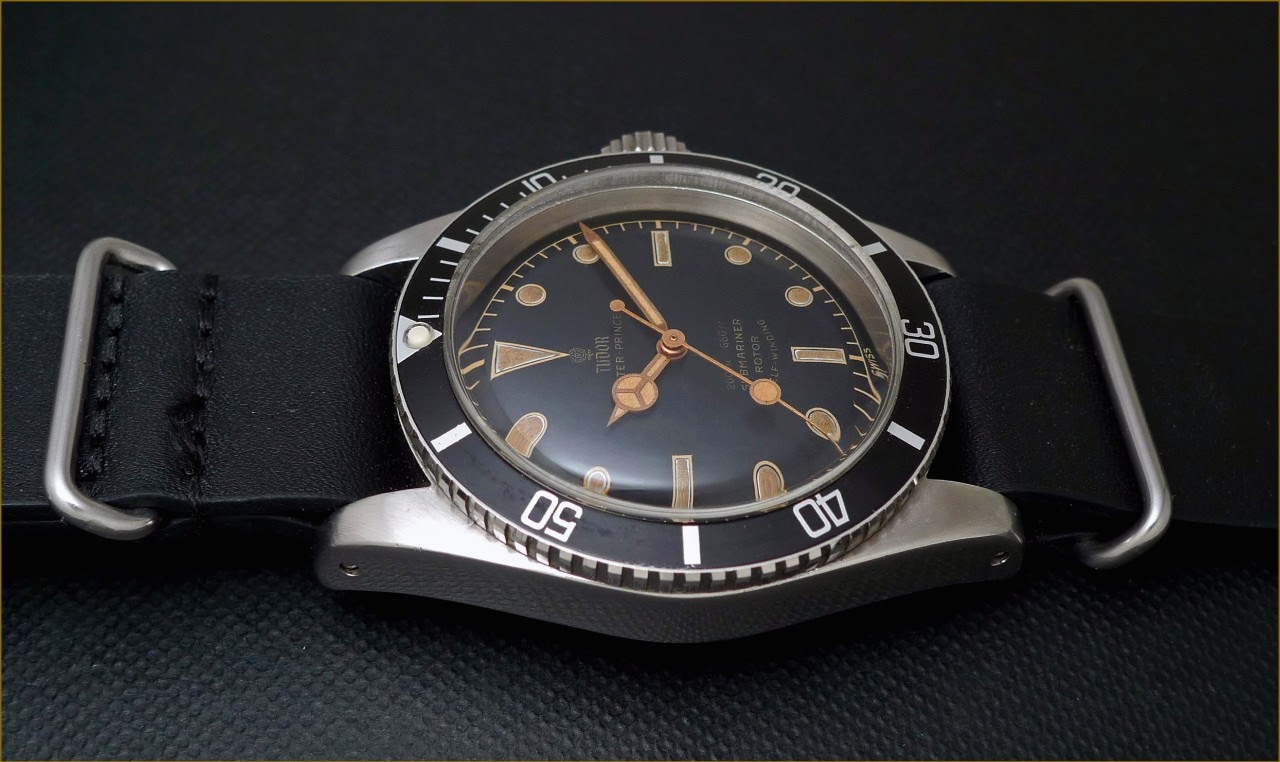 It was in the middle of October 2010...
There is a story with that watch... When I was burglarized in January 2011, the burglars didn't have the time to take more watches, and, lying on the ground, there was this  Tudor, a true survivor... You can imagine how I felt, and as it was not far from the others which were stolen, I asked to my family if this watch had gone or not... They told me that it was not stolen, but on the floor... It was just three months I had it with me!
A miracle.
I told the previous owner my sad experience, and the first thing he asked me was: " Is the Tudor 7924 away? ". And he sold me several watches, but in his heart, this Tudor had and still has a special place.
A few months later, a good friend gifted me a more appropriate insert. The insert I kept with that watch. 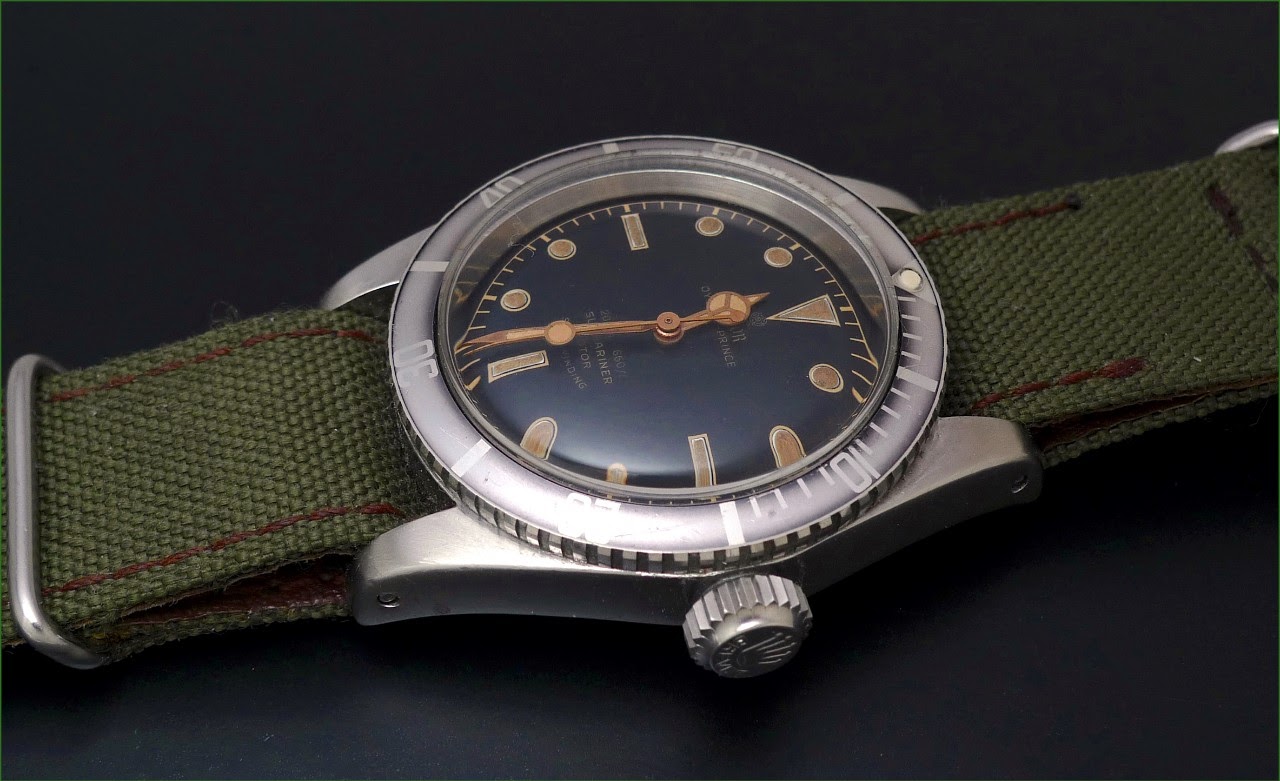 9 years have passed since the first day I could proudly say it is mine. I still feel how lucky I am to own it.
No wonder why it is a keeper, for me.
Best,
Nicolas

Tudor Submariner 7924 Big Crown. The first pictures I took and a story about this watch.

By: amanico : November 1st, 2019-05:06
I found the very first pictures I took when I finally convinced the owner to sell this Tudor 7924 to me. And immediately, the feelings resurfaced and also the story behind it. I remember how I harassed him for months before he decided to let it go. And ho...
login to reply

Rare by all meanings, indeed. Thanks, Rei. [nt]

By: Watcholic_id : November 1st, 2019-06:23
of a fantastic watch! And the faded insert just take this watch to another level, IMHO. Thanks for sharing the story & those superb pics. You're very lucky, my friend
login to reply

That's the perfect insert, other than the original with the red triangle. Merci, mon ami. [nt]

I can sense the emotion

Thanks for these very kind words, sc16. Much appreciated. [nt]

Yes, that's the magic of these vintage. They have Soul. [nt]

What a journey you had with this one

This is a wonderful watch with an awesome story behind. That makes it unique indeed and it is easy to understand your love for this piece Nicolas!.

By: Subexplorer : November 1st, 2019-07:49
You call it "The Survivor" and it is a fitting name for this piece. May you keep loving and enjoying so much this beauty in the best of good health my friend! Thank you for sharing these beautiful shots and story with us! Abrazos amigo mio! Afectuosamente...
login to reply

Yes, Survivor is a good word. It crossed the years, and it is still here, despite this " event ". Muchisimas gracias, Amigo Abel. [nt]

Asi es amigo Nicolas! I´m sure it will keep being a beautiful company on your wrist. All the best, Abel [nt]

Yes and I want you to be the first to see it. [nt]

Thank you my dear friend!! It will be a real privilege! Appreciate that so much!! (PS: will take my pills of course!!) Abrazos amigo mio! [nt]

A sweet and sour story...

By: FlyingSnoopy : November 1st, 2019-11:18
A survivor but it also reminds you the horrible experience of the burglary. I sincerely hope that you do not experience this again... Enjoy your watch, it’s a beauty! Cheers
login to reply

By: Mary Anny : November 4th, 2019-02:00
It is so fortunate when you can follow the fate of Rolex/Tudor old submariners. So many have been stolen, lost, or deadly restored... That one is in good hands.
login to reply

Yes, I feel very lucky to own this one. Thanks for your comment. [nt]

Love the story and I love the watch. Enjoy my friend !!! [nt]