What kind of new release is this ? New, really ?? Soo disappointing. 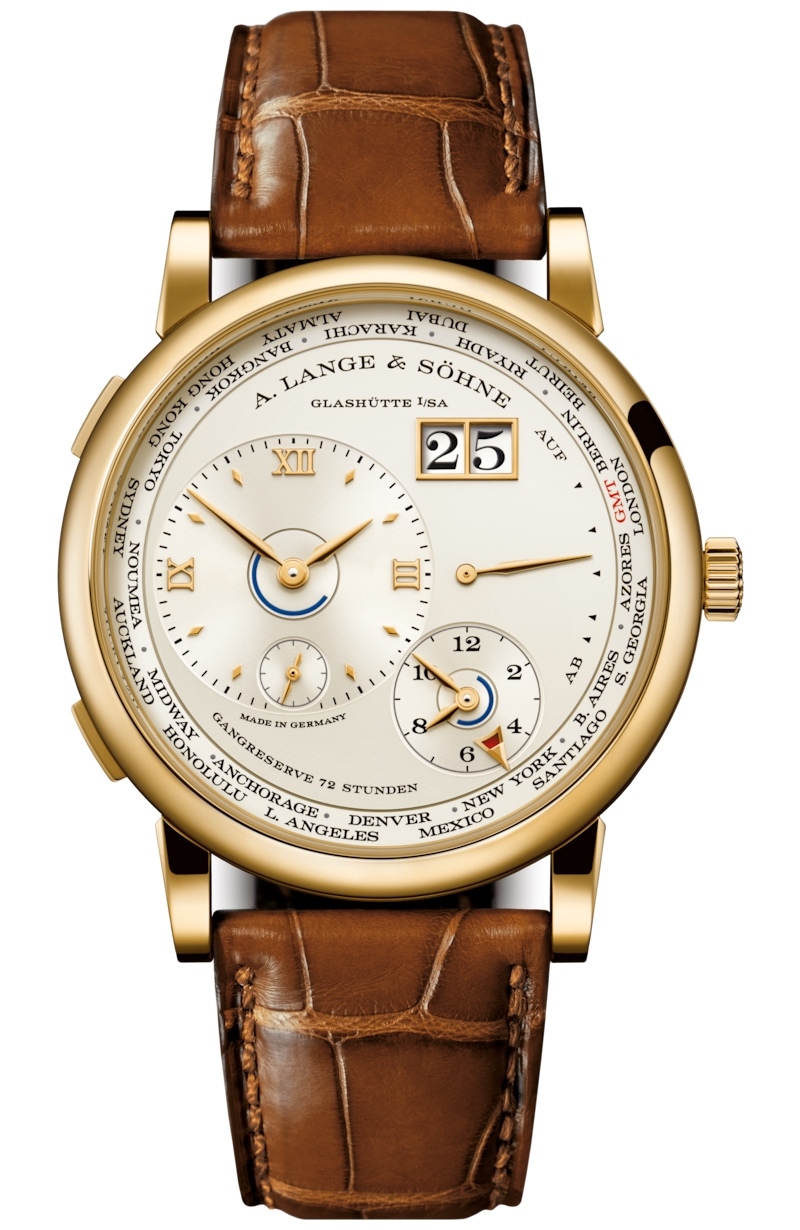 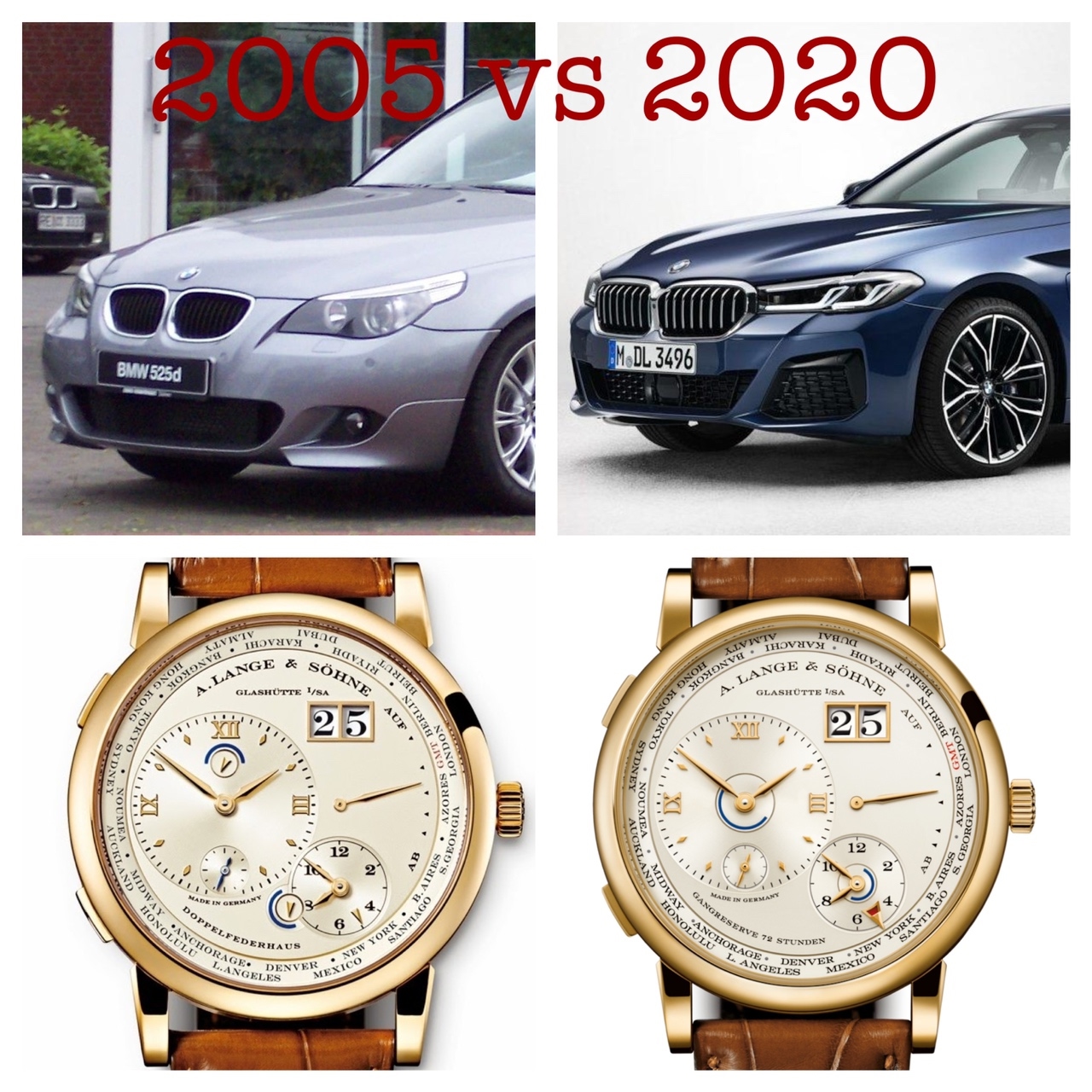 Not new, but revisited. [nt]

Lange was always my first love

I can see you're disappointed. [nt]

It's gone with Blumlein [nt]

Maybe they play too much safe

By: Weems@8 : June 26th, 2020-16:51
No guts maybe. I had the problem Breitling drop the wing logo on some watches. I ask this at WA, and they say change is good. I thought of change CEO, a guy that formally worked at IWC. What is a Breitling without wing logo? Not a Breitling. (They use onl...
login to reply

It's more evolution than revolution. [nt]

I have no problem with this.

By: Tim_M : June 26th, 2020-15:06
Changes in auto style are driven by fashion and short attention spans. I have no problem with a solid product changing in ways that are practical, relevant to its use, and subtle in appearance. Last year's Zeitwerk Date was a huge change. So was the 2012 ...
login to reply

Very well put, Tim. I agree, and share your positive feeling on the white gold, as well. [nt]

I have to agree - uninspiring. Seems to be the case for many manufacturers in 2020. [nt]

I was actually thrilled, but not about the movement upgrade...

By: CR : June 26th, 2020-15:23
I was very, very happy to see a limited number of pieces released in yellow gold, just like Lange did with the Walter Lange 1815 Homage piece (the chronograph without the reset button). This release of a limited number of YG pieces strengthens my belief t...
login to reply

Yes, I forgot about the 175th! Considering what Lange did to celebrate the 165th (a very strange anniversary to celebrate)...

Just an update, and a good one, IMO

By: vitalsigns : June 26th, 2020-15:24
Those tiny day-night subdials were an eyesore, and Lange did a good job correcting them. Only one more to go, the miniature seconds subdial. Would be much better if Lange did something with that. My only real quibble with the update is that the white gold...
login to reply

The 72 hour power reserve is a huge upgrade! I am very excited to see what they will be doing with the platinum version. [nt]

+1 we need to see that from a lot of other manufacturers. PR needs to be 3days at least. Even Rolex has started updating its mvmt with inc PR if nothing else. [nt]

I disagree. The number upgrades under the hood are quite meaningful and horologically impressive:

By: brandon1 : June 26th, 2020-16:36
-Ability to choose whether local time is displayed on regular or sub-dial. The user can choose whether they use the watch as a "caller's" or "traveller's" world time which is convenient since many people benefit from both. -Programmed daylight savings tim...
login to reply

By: ZSHSZ : June 26th, 2020-18:09
Lambert transformed Lange in to JLC, after him, only the Zeitwerk is something memorable, so agree almost total standstill... The only thing that went higher is they’re prices.
login to reply

I will respectfully disagree with this

By: Boris : June 26th, 2020-18:58
I feel that continuity was preserved at Lange after Blumlein passed away. The brand's DNA was not perverted. Unlike IWC, who sold its soul under Kern, and went from an almost austere restrain to the height of vulgarity within 10 years.
login to reply

I wouldn't go that far. The brand still is a reference point for quality

By: Tim_M : June 26th, 2020-19:21
There have been reams of fun, desirable, and very on-brand watches from Lange in the nearly two decades since Blumlein died. Even in the last three years -- tough years for Lange as a brand -- there have been a number of glorious pieces that would be caps...
login to reply

Tim, I’m personally not impressed with any “New” releases from Lange.

By: ZSHSZ : June 26th, 2020-20:29
In terms of engineering, yes they made things but the watches became almost like hockey pucks. Bigger and thicker case diameters, which resulted in mostly unwearable watches... To me one aspect of high horology is miniaturization, and Lange is nowhere nea...
login to reply

What about the Triple Split or the RL Jumping Seconds? Not impressive? I agree that there are not too many new Lange which impress me, but from time to time, there are some true " nuggets ". [nt]

My dear friend, To me the triple spit is like quadruple tourbillon is to Greubel Forsey, totally unnecessary, but what the problem is with that, is the case dimensions, totally unwearable.

By: ZSHSZ : June 27th, 2020-05:59
So they shouldn’t just make a complication for the sake of making one by compromising the essence of the watch, wearability. Patek made a split second chrono in 38mm and maybe 10-12mm thick not 43and 16mm thick. Same can be said about Lange’s decimal repe...
login to reply

But the Richard Lange Jumping Second is 39, 9 mm big and 10, 6 mm high... So quite easy to wear for most of the wrists. And if we really follow this logic of size, the Datograph is ...

By: piccolochimico (aka dsgalaxy1) : June 27th, 2020-00:36
If I compare the famous Zeitwerk, which was definitely different from any other models they introduced on that time, with impressive technical feature, to the Journe's vagabondage II, the difference is huge. Thickness, better said miniaturization, takes m...
login to reply

Totally, to me that is watchmaking...

By: ZSHSZ : June 27th, 2020-06:50
Lange used to be that brand, just think Lange1, Richard Lange, Datograph, Tourbograph, Tourbillon pour le merit, Dare I say Lange1 tourbillon, which is to my knowledge the only Tourbillon that spins counterclockwise and can be stopped! This were Lange’s m...
login to reply

By: Boris : June 26th, 2020-19:04
In the rest of the horological world, people cry genius when Rolex changes a type font on a dial or a color on a bezel. Lange introduces a genuine upgrade to a watch that was great to start with, and some people here thumb their nose. I know it's not as r...
login to reply

I beg to differ, sadly Rolex became the product of value retention to most who buy them.

By: ZSHSZ : June 26th, 2020-20:42
But if someone digs a bit in to what’s inside the solid caseback of a Rolex watch, would be surprised of the amount of functional innovation and the amount of patents that lie in those movements. I agree. Most only know about the fonts and texts on the di...
login to reply

By: Boris : June 26th, 2020-20:46
It's the first time I read that someone finds A.L&S overrated, and seeing that you used to own five, you speak of experience. If I may ask a couple of questions: - what specifically did you find overrated in the Lange watches you owned? - what brands ...
login to reply

For me personally, a brand has to be the whole package.

By: ZSHSZ : June 27th, 2020-05:40
Not just finishing, or engineering, which Lange is all about. A top tier brand needs, different cases, great mechanical performance, I feel that Lange in a way is a one trick pony. I don’t want to putt the brand down because it has its fans and that’s fin...
login to reply

I agree with you ZSHSZ

By: masy7 : June 27th, 2020-09:14
I still do own 5-6 Langes, one from each family, but I have let go of a couple along the way, including the OG PLM tourbillon. I just do not think Lange is as good as everyone, especially some bloggers made them out to be. They are not as accurate, qualit...
login to reply

My exact sentiments, I wanted to love this brand soo much, and believed all the hype around it, until I bought them and started seeing the same problems you mentioned.

By: ZSHSZ : June 27th, 2020-12:02
Lange’s decimal repeater is miles away from Patek. Just look at the Vacheron, Patek Enamel dials, the different case shapes, the number of complications, etc... I would put even Breguet above Lange. It’s a nice brand but should never be compared to Patek!...
login to reply

I am curious, can you share more about your decision to let go of the OG Tourbillon PLM?...

By: CR : June 28th, 2020-11:30
What led you to decide to sell that particular piece, but keep other Langes? I am asking because that's one model that I've always thought of as be extra-special and important, if you know what I mean.
login to reply

I thikn that the teaser we saw was the responsible. We imagined things, when there was nothing to imagine. This was not a good teaser for an evolution, even for a technical improvement, IMO. [nt]

I don’t see a point of

By: yming : June 26th, 2020-20:11
Making all these fancy tech changes and keeping the aesthetics of the watch so similar.. Existing L1 timezone Owners won’t upgrade and new buyers may not feel the tech upgrades are worth the extra money.. this will just add more questions during the buyin...
login to reply

Difficult. I kind of agree with both sides.

By: nafetS : June 26th, 2020-23:52
It looks much better with these small updates (especially the day/night indicators) and there‘s been a significant movement update. Movement excellence is part of the Lange identity, so it’s better to see these changes instead of just seeing a new dial wi...
login to reply

By: George Gently : June 27th, 2020-00:06
Lange improves what really counts: the movement. Other brands use the same movement over and over again in many of their model lines. Chasing trends in design is not Lange’s game. Taking up the car analogy, it would have been more appropriate to post pict...
login to reply

IMO they have done the right thing,

By: lm6 : June 27th, 2020-00:12
and done it good. The Lange 1 is a designikon that should be handled with great care when new/revised models are created. I compare it to for example the Porsche 911,that has gone trough decades of evolution and thank's to that stayed the ikon. Another go...
login to reply

i agree with your thoughts.

Im personally not disappointed at all.

By: Reuven Malter : June 27th, 2020-01:55
The L1 is an icon and they cant do much more than just keeping it up to date in terms of technical properties. They still so MUCH more than most if not any other company. We should remember that Pateks Worldtimer movement has not changed AT ALL since 2000...
login to reply

To say the brand is standing still would be unfair.

By: Rhyzen : June 27th, 2020-22:35
The update to the Time Zone is more than skin deep, as compared to, say, simple changes to the dial color. I admire the decision to invest on the improvements to the movement compared to superficial upgrades.
login to reply