Introduction with a question to the guru's ...

If you would be faced with this situation would you trade $5k a Rolex Daytona Ceramic White, a Hulk and a Batman for a Vacheron Malte Perpetual Calendar Chronograph Platinum Ref. 47112 ?
All complete and mint .
I know that ultimately is what sings to me it's the right choice ,but I wonder what you guru's think. I also have a Patek 5396G .
Thank you ,
Zsolt. 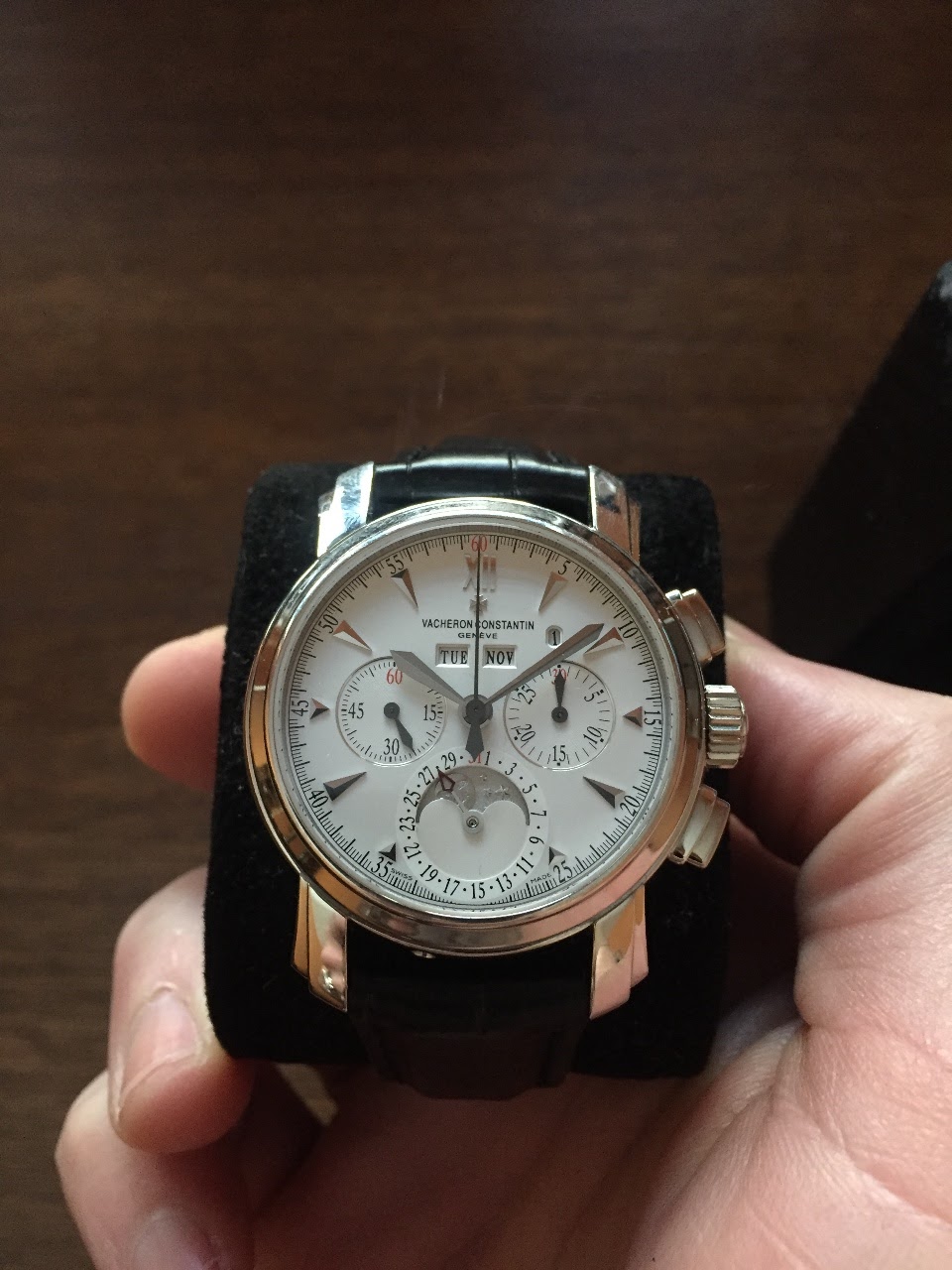 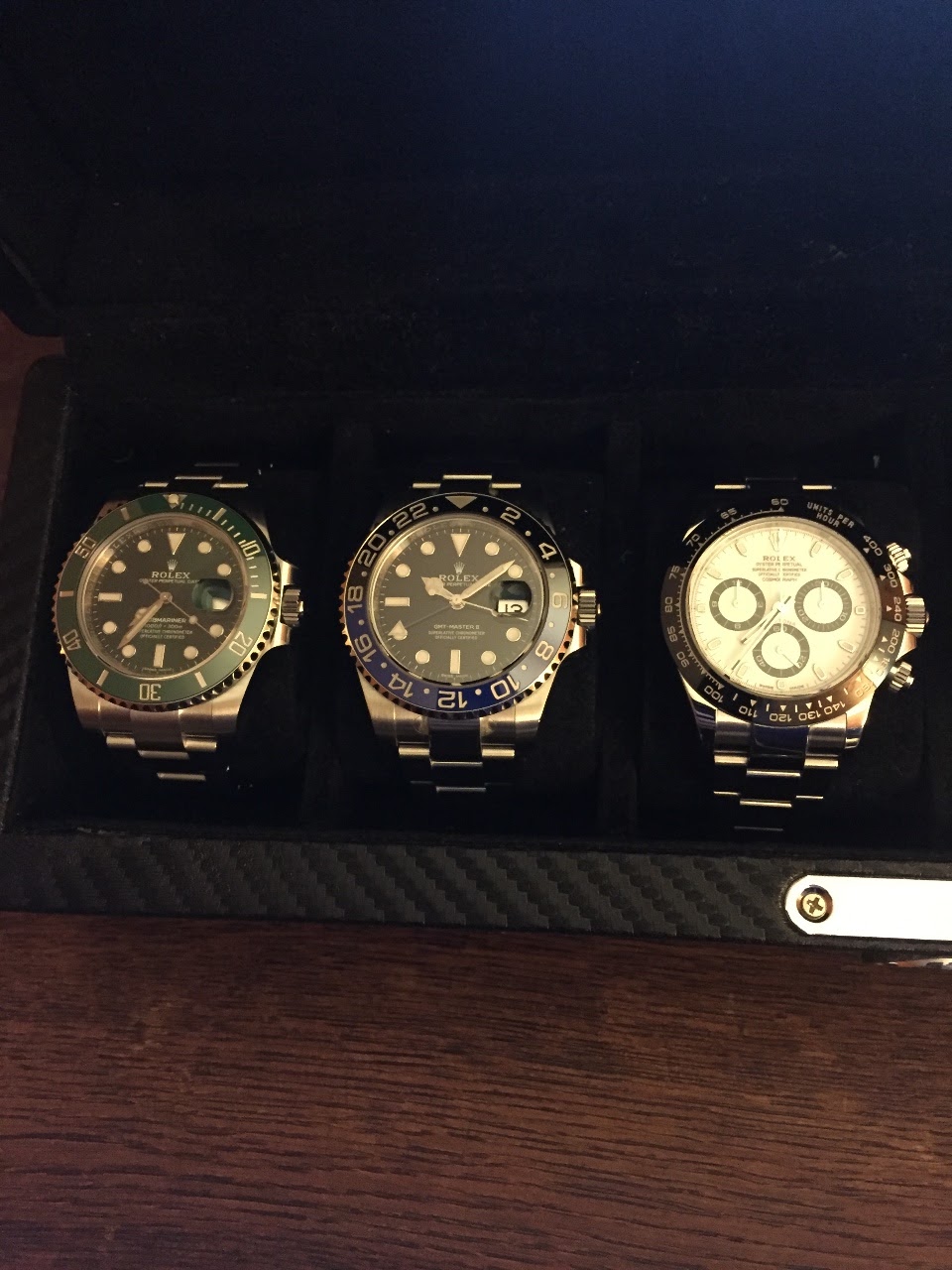 By: ZSHSZ : February 10th, 2019-18:02
Introduction with a question to the guru's ... If you would be faced with this situation would you trade $5k a Rolex Daytona Ceramic White, a Hulk and a Batman for a Vacheron Malte Perpetual Calendar Chronograph Platinum Ref. 47112 ? All complete and mint...
login to reply

If it's the right choice in your mind

I'm not a guru, but given you were already trying to trade your VC two years go, I'd go for it now... Just don't include the Patek calendar in the deal ;-) [nt]

I actually bought the watch

By: aston.db4 : February 10th, 2019-18:56
Have you thought about the short/mid/long term ownership of a complicated watch like the VC? Besides the chronograph function, the VC may be similar to your 5396G. You seem to be fond of Rolex, perhaps keep the Daytona or Batman, trade the rest?
login to reply

I was thinking along those same lines, of the 3 Rolex, the two I would be tempted to keep would be the Daytona and the GMT. [nt]

By: aston.db4 : February 10th, 2019-21:28
Ideally keeping one of them would be great, but sometimes when a watch plays the "siren song", everything goes out the window.
login to reply

You had the VC Perpetual Calendar and now you want this PCC?

By: Clueless_Collector : February 10th, 2019-19:29
why not trade the VC PC with this PCC? I just think you’ll regret trading 3 much harder to get Rolexes with this VC which is relatively easy to attain. On the other hand, if this VC PCC is your dream or grail and you can take advantage of your Rolex piece...
login to reply

No I originally had the same PPC I just sold it and I remember loving it !

I would put in the trade the 5396G and would try to save one or two Rolex. No need for an annual calendar when you are on to have a Perpetual Calendar.

By: amanico : February 10th, 2019-23:22
IF you cannot do the trade this way, then why not... 3 Rolex for this Vacheron, which is one of the more exquisite Perpetual Calendar Chronograph. With a hinged case back, if my memory serves me well. Did you see it in the metal? It is a 39 mm case, which...
login to reply

Three informal for one formal watch

By: Spartacus : February 11th, 2019-01:45
The other thing to consider is that you no longer have any casual watches but instead two complicated formal pieces. For a formal watch, the VC is chunky and won't fit as neatly under a dress cuff as your Patek. That's one reason why I shied away from it....
login to reply

Thank you Nicolas for the reasoning ,

By: ZSHSZ : February 11th, 2019-12:56
I actually owned this watch and I loved it as well,but I sold it. I love the watch is just that the constantly rising value of the Rolex trio, and the possible discontinuation would make it hard to be repurchased . Thank you.
login to reply

That option is not available... [nt]

I would keep the Rolex collection [nt]

I love Vacheron, but you have the hottest Daytona that most are flipping for more than MSRP due to the "shortage" I'd keep that Rolex or at least ask for 5k off, I don't see the point in

By: Rogi : February 11th, 2019-05:07
adding extra money on your side, plus those other Rolexes, is not worth it to me, of course this is coming from a guy that loves the Daytona and has little to no interest in Vacheron Chronos. So take my advice with a grain of salt. The things I always ask...
login to reply

When I owned the VC I loved it,I used to call it "The Ball"

By: ZSHSZ : February 11th, 2019-16:12
The heft of the Platinum was immense compared to the diameter,also so much horology in that watch, Platinum engraved moon phase , Lemania movement , exquisite finish,and almost a Grand Complication... But I have to admit that it was a scratch magnet since...
login to reply

I would keep the Rolex collection

By: watch-er : February 11th, 2019-09:50
You are trading watches still hot in the market for a piece that is not now and never will be. If you want a Perpetual Chronograph get a 5270 at a great price point. The market for the PCC is just not it was in the late 90s and early 2000s when the big mo...
login to reply

I see your point and happened to agree, but a part of me lusts for High-horology...

By: quattro98 : February 11th, 2019-12:13
Of the watches you mentioned, do you find yourself wearing the Rolexes more than the 5396G? If so, having the PP & VC as dressy watches will still leave you wanting for a more sporty steel watch.
login to reply

I wear mostly my Rolexes because they are worry free, and I'm afraid it might be hard to recover... [nt]