How can I forget the famous Spy and his Omega SeaMasters...

Previously I was under the impression, not influenced (phew) that Omega is mostly famous for their Moonwatch and thanks to Justin who reminded me another awesome family...SeaMaster 🙏🏻

So, I stand corrected Omega is not just Moonwatch and Speedmasters. 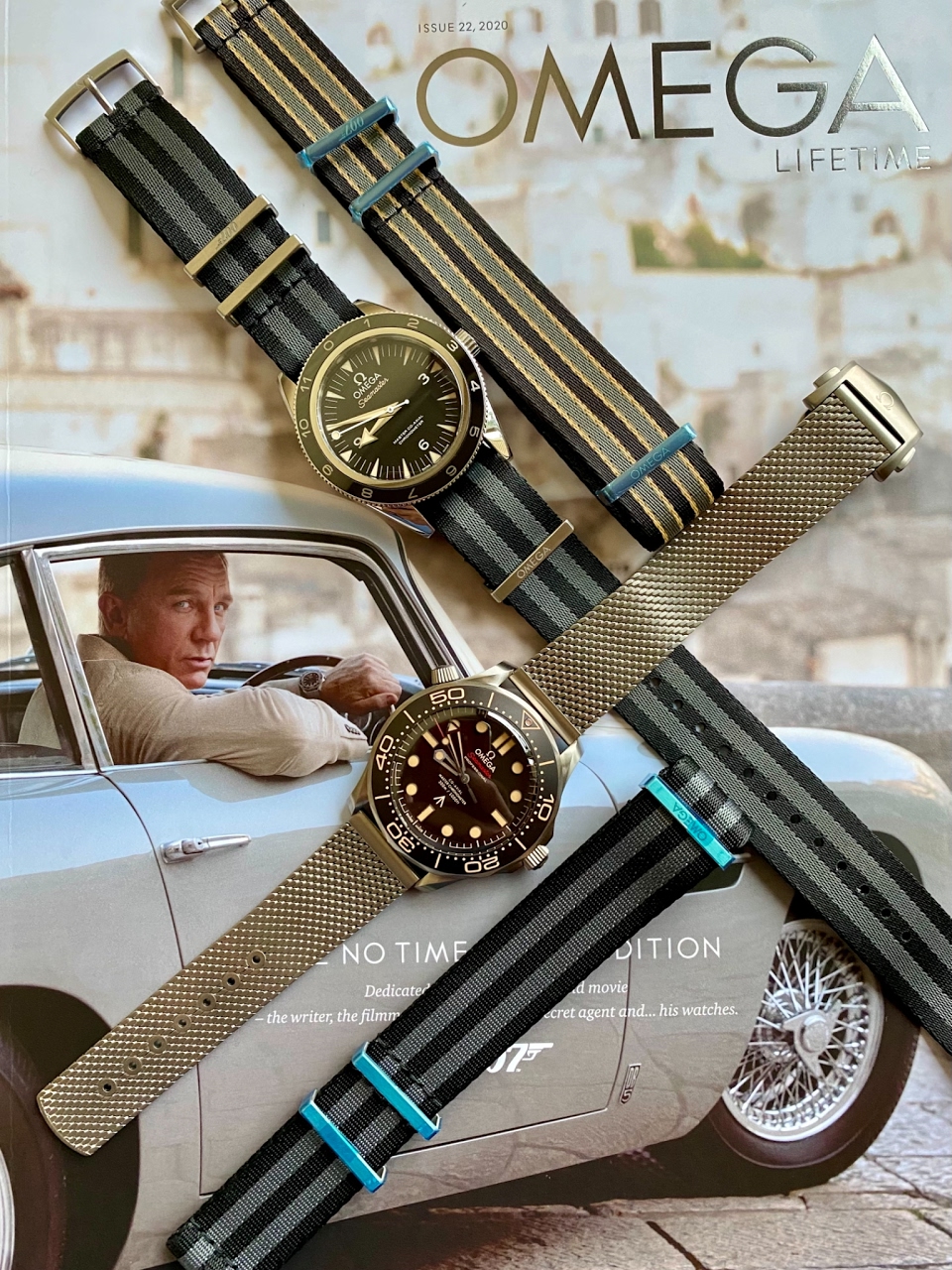 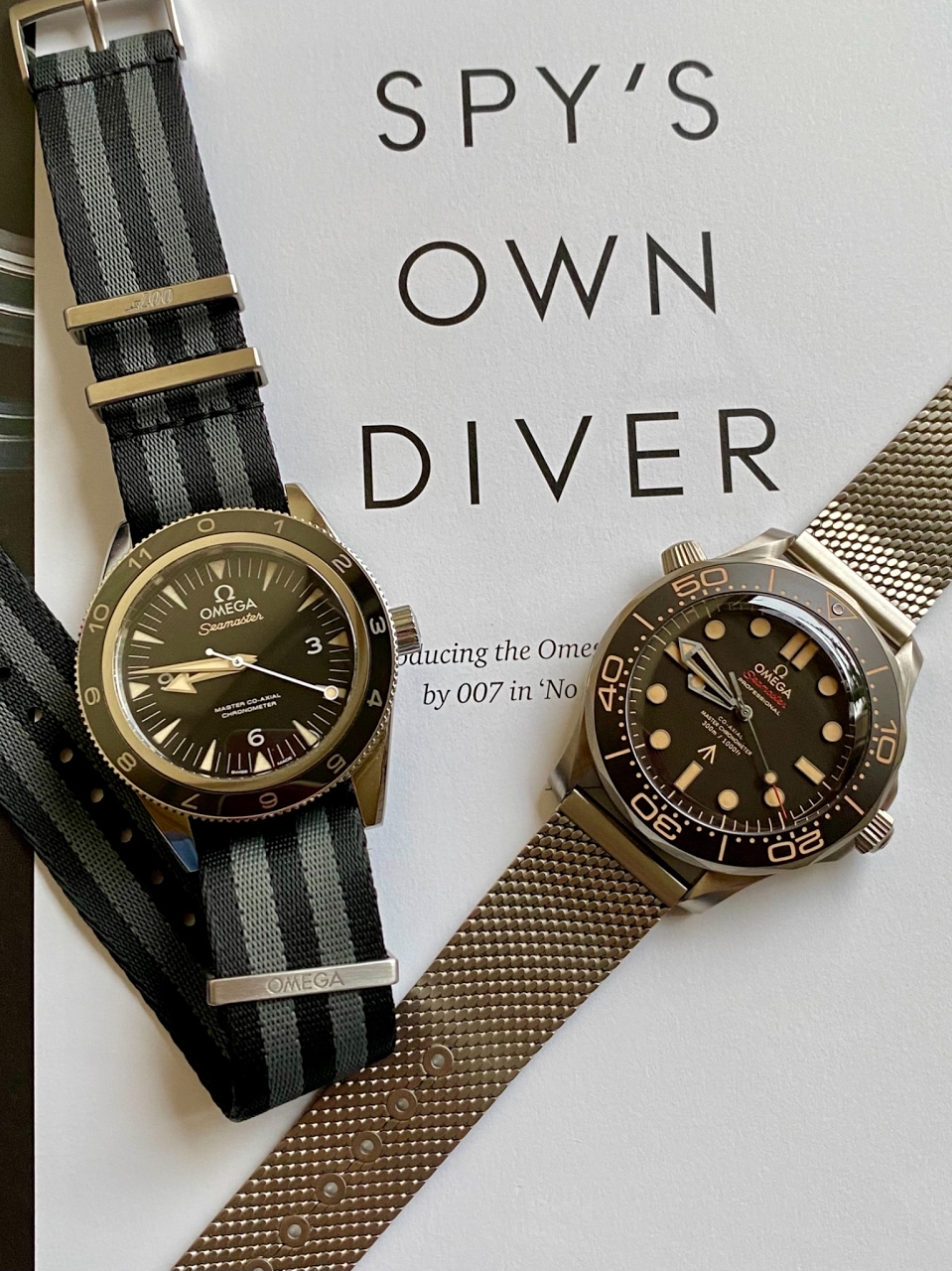 How can I forget the famous Spy and his Omega SeaMasters...

By: Clueless_Collector : February 21st, 2021-13:07
Previously I was under the impression, not influenced (phew) that Omega is mostly famous for their Moonwatch and thanks to Justin who reminded me another awesome family...SeaMaster 🙏🏻 So, I stand corrected Omega is not just Moonwatch and Speedmasters. ...
login to reply

How right you are. Seamasters are at least as interesting than the Speedmasters.

They are, even I don’t remember seeing much advertising on TVs or magazines.

Owning multiples of both

By: myles721 : February 21st, 2021-13:25
It is IMPOSSIBLE for me to choose between them. I do wish however regardless of the iteration or movement that all Speedmasters will one day have a minimum depth rating of 100 meters.
login to reply

I’m not too worried about the water resistance because the deepest ...

By: iulianbutum : February 21st, 2021-13:52
I have had the moon watch three times,two times I went into the pool by mistake,nothing happened but didn’t wanted to try again
login to reply

By: myles721 : February 21st, 2021-17:11
Willing to take a chance with these ie. I have DSOTM and GSOTM but will not shower or swim with them because the technician in the boutique told me point blank not to. I use those Speedys for daytime / business use but when I travel or go boating it’s alw...
login to reply

Huh....didn’t know there are differences in water resistance for the two counters...

Yeah...there doesn’t seem to be rhyme or reason...

Great duo. The latest release is so good.

I like it too, my first ever Titanium watch.

How is the bracelet?

The bracelet is well made but the deployant is a little bulky imo.

By: Clueless_Collector : February 21st, 2021-14:09
Some people felt it’s uncomfortable but it depend which hole you put it. Overall, I like it’s lightweight and comfort.
login to reply

Thanks! I will have to try it on. It sure looks great.

Some of my previous action shots...

Which hole you put it in 😱

Come think of it, I may still be under the influence 🤣

One of my oldest and closest friends, Marc, who's posted here before . . .

I actually will love to consider their Nekton edition...if not for the NTTD version

I adore the Seamaster family

By: Weems@8 : February 21st, 2021-14:30
When i was on my journey for my first diver with an automatic movement, i took 5 or 6 divers from different make to chose out I decided i wanted a strong watch which have the looks i like. Other wishes like a glass back. A Tissot was on the run for my fir...
login to reply

By: Clueless_Collector : February 21st, 2021-15:01
How can I forget their 60th anniversary tribute and that 70th anniversary duo. Yes Daniel Craig plays a huge role in my decision of getting the abound versions, so I guess ambassadors work 👍🏻👍🏻 ...
login to reply

Have you tried the Railmaster trilogy?

By: Weems@8 : February 22nd, 2021-03:11
It could be fun to collect them as well and make the trilogy complete. The railmaster is so forgotten, a flightmaster is more known.
login to reply

The Seamaster trilogy is much nicer, but much harder to get, too!

Yes sir Raymond, the Seamaster is a pillar of Omega, past and present. And of course we cannot forget 007's connection to the SM line as well 😉👍

Big pillar indeed, they had it for more than 70yrs....I’m just too sidetracked by all the celebrations of Apollo missions lately.

Very true. Omega has really pushed the Speedmaster recently but we must not forget the contributions of the SM line either 😉

Oh yes, there are a couple great storys on the internet.

The SM is my favorite Line from Omega for sure, and the most diverse diving line in the watch world.

By: Reuven Malter : February 21st, 2021-23:43
Since i know that there were probably more Gnt Masters in Space then Moonwatches and since this Space thing is a very american topic, i think the SM is the much more interesting lineup. I personally like who much fun these pieces are. They are not as seri...
login to reply

We need Aquaman to the rescue....

By: Clueless_Collector : February 22nd, 2021-08:18
You’re right, not enough ocean exploration efforts although we know there are quite a few from Blancpain and the recent Omega’s Nekton SM300. Their ocean activities have been tied to Planet Ocean and even Speedmaster like the Alinghi so that took away som...
login to reply

Nice watches and a good composition of the picture. I am a big fan with omega watch. Beautiful indeed

I am a fan since 2015 and the Spectre is my very first Omega, can’t just have Rolexes :)

Opposite journey for me. After years of owning many Omegas I finally thought maybe I should own a few Rolexes. i just looked at the new Bond Seamaster. Nice piece!

Great thread! Agree with you that Omega is not only Speedmaster...

By: Subexplorer : February 24th, 2021-08:22
... but also a broad array of models which suits different tastes and needs. The Seamaster sport line is a very desirable option and I feel during 2020 we viewed little advertising action due to the several delays suffered by the new Bond film release. I ...
login to reply

Nice shots Abel....yes I also can’t wait to wear the NTTD to the movie....

By: Clueless_Collector : February 24th, 2021-09:27
It’s been too long and I hope things are opening up soon. Did they announce Nov? That seems too long but I do understand the risk of box office tanking if not handle properly,
login to reply

Thank you so much Raymond for your kind comments. I share with you the anxiety for viewing this film. Official new release date for USA and Europe is October 8th and most probably November....

By: Subexplorer : February 25th, 2021-04:52
... for my Country. Of course it all depends of how Pandemia is doing during second half of 2021. I wish everything will be better with Pandemia and we will be able to enjoy the film and the return to a more normal life. Best cordial regards, Abel
login to reply

I don’t know there are 2 Ti straps available....

By: Clueless_Collector : February 24th, 2021-11:04
But now you mentioned it, I think there was some posts in OmegaForum that said there is a shorter one, maybe it’s for better fit to different wrist sizes.
login to reply