Surely NOT a Panerai?!?

I can't believe what has happened.  The current Mrs MTF and I have been adamant that there is no merit in Panerai watches....well, at least the ones made for public consumption are not. We may concede the few military-issue pieces had a job to do and reason to exist.

Secretly, I quite liked the Radomir lugs and she liked the Luminor crown thingy but not vice versa.

Last week, a watch-buddy took me to a Panerai boutique and I saw this: 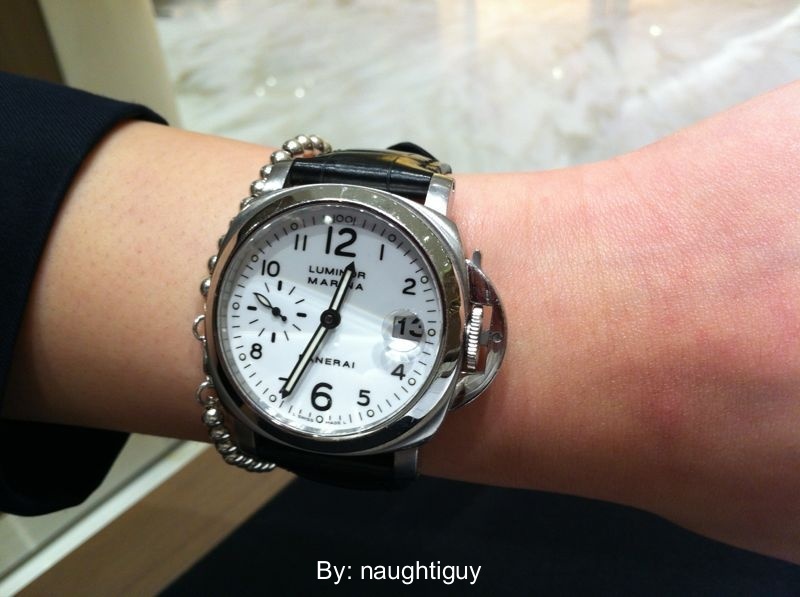 The Panerai girl told me it was something called a PAM 049.  The current Mrs MTF (and I) actually like the style and 40mm seems almost human-scale!

Looking through the most excellent PuristSPro Panerai forum, we discovered this model that is even better!

By the power of mysterious code numbers, it is called a PAM 114 and at 44mm, the size seems to attract the wife. 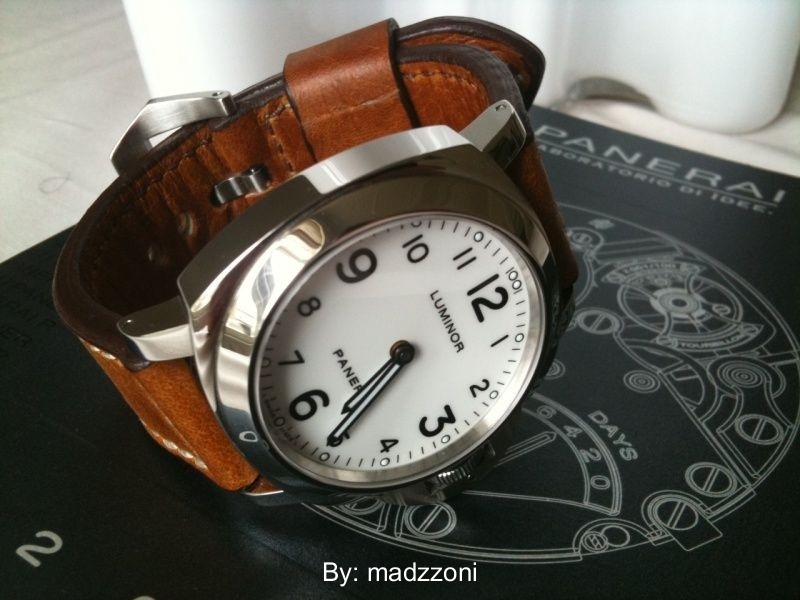 Now, we are supposed to go look at Panerai boutique and dealerships....right now...in the next hour!  HELP.........over-rated or under-rated?

Surely NOT a Panerai?!?

By: MTF : May 16th, 2013-21:00
Dear forumners, Shock! Horror! Probe! I can't believe what has happened. The current Mrs MTF and I have been adamant that there is no merit in Panerai watches....well, at least the ones made for public consumption are not. We may concede the few military-...
login to reply

Stopped in our tracks: see thread below. (nt)

By: nilomis : May 17th, 2013-02:32
Follows the wonderful syndrome of strap frenzy. My friends that are Panerai owners states that its impossible to have less than five straps. Cheers, Nilo Disclaimer: I don't own any Panerai watch but I'm very tempted by the 40mm model.
login to reply

I just heard they discontinued the PAM 049 and 114

By: MTF : May 17th, 2013-02:59
but the Panerai Boutique is putting customers who enquire "on the waiting list to call you when stocks arrive". But in reality , since they stopped production, the lists will be used when the replacement model (? ref no?) is introduced. Prices will be rai...
login to reply

By: Sandgroper : May 17th, 2013-03:46
the lug/straps combination, actually I like it very much! In a 40mm size (human size) as you put it, I will definitely go an try to acquire one, the Luminor definitely not for me nowadays but ...who knows! Cheers Francois
login to reply

Welcome to the madness

This photo is precious!!!!

By: AnthonyTsai : May 18th, 2013-07:41
White dialed Luminor with in-house movement from SIHH 2013. I believe it\'s a 40mm but I have to check my notes. I have pics of it and will write a post about it soon. Warning MTF, there is no turning back once you get your first Panerai! Cheers, Anthony
login to reply

Details are important to ladies and the PAM 523 fails

I don't think there is

By: AnthonyTsai : May 21st, 2013-19:35
I personally prefer the loopy open 6 because that is the standard 6 found on Panerai sandwich dials. This time it\'s on a printed dial. Best, Anthony
login to reply