Mr and Mrs C kindly lent their backyard to host our gathering, so masks weren't necessary.  We ordered in from a nearby deli which Mr C picked up, while Mr A brought a few six packs and avocados to complement the deli sandwiches and salads.

It was a clear day; your correspondent has little experience taking photos outdoors in direct sunlight, and consequently took only a few photos.
Mr J, who's been a member of our group since our second gathering in '05, brought his Parmigiani . . . 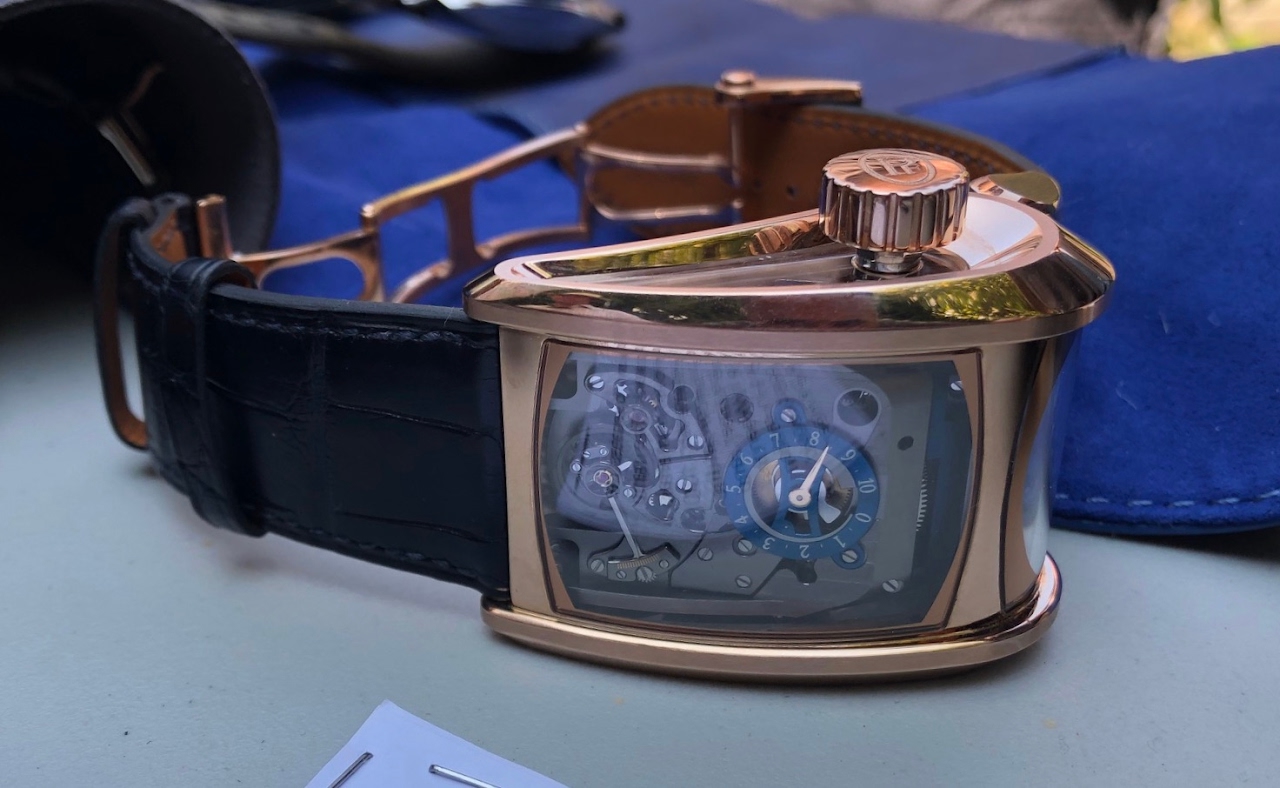 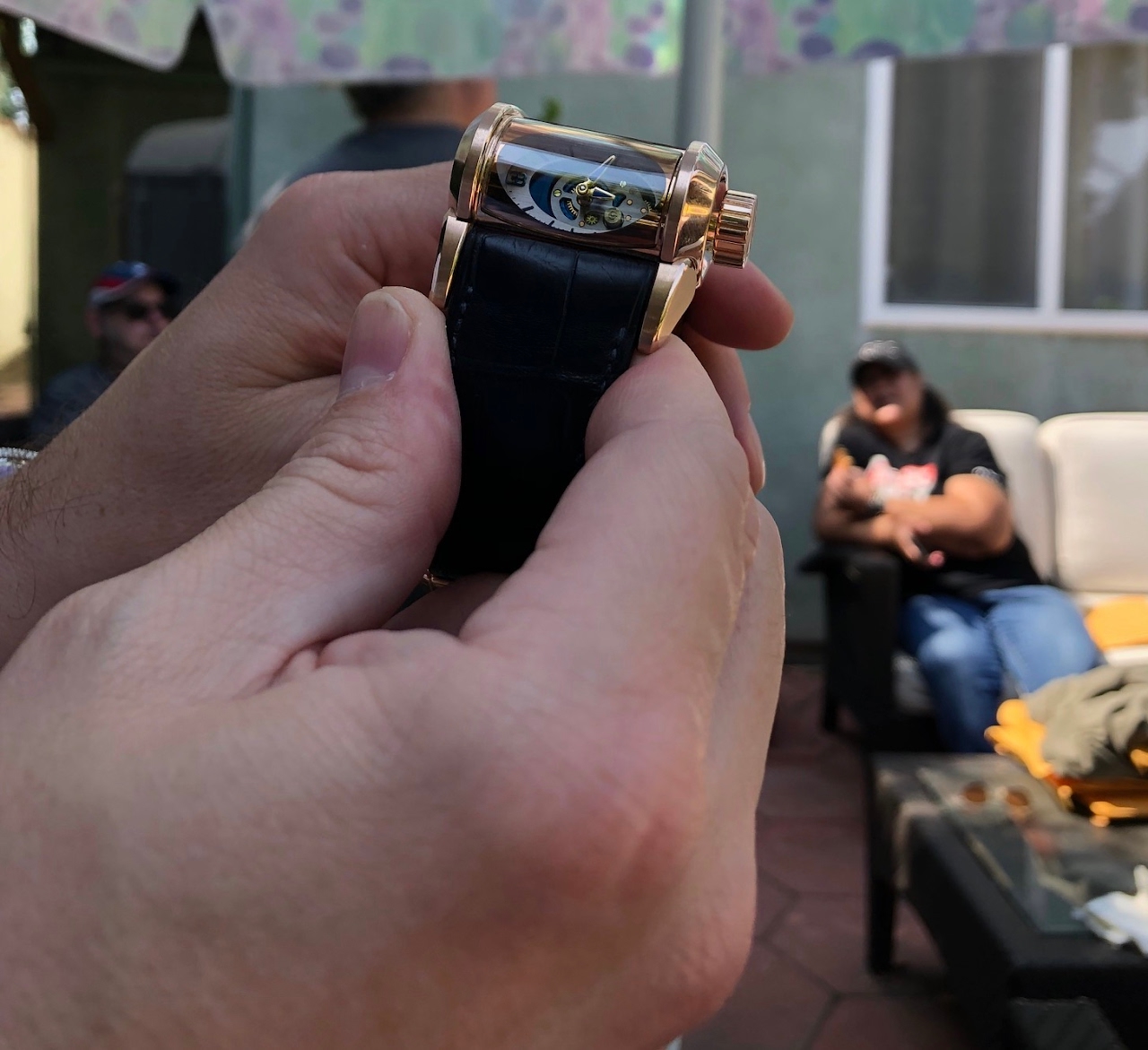 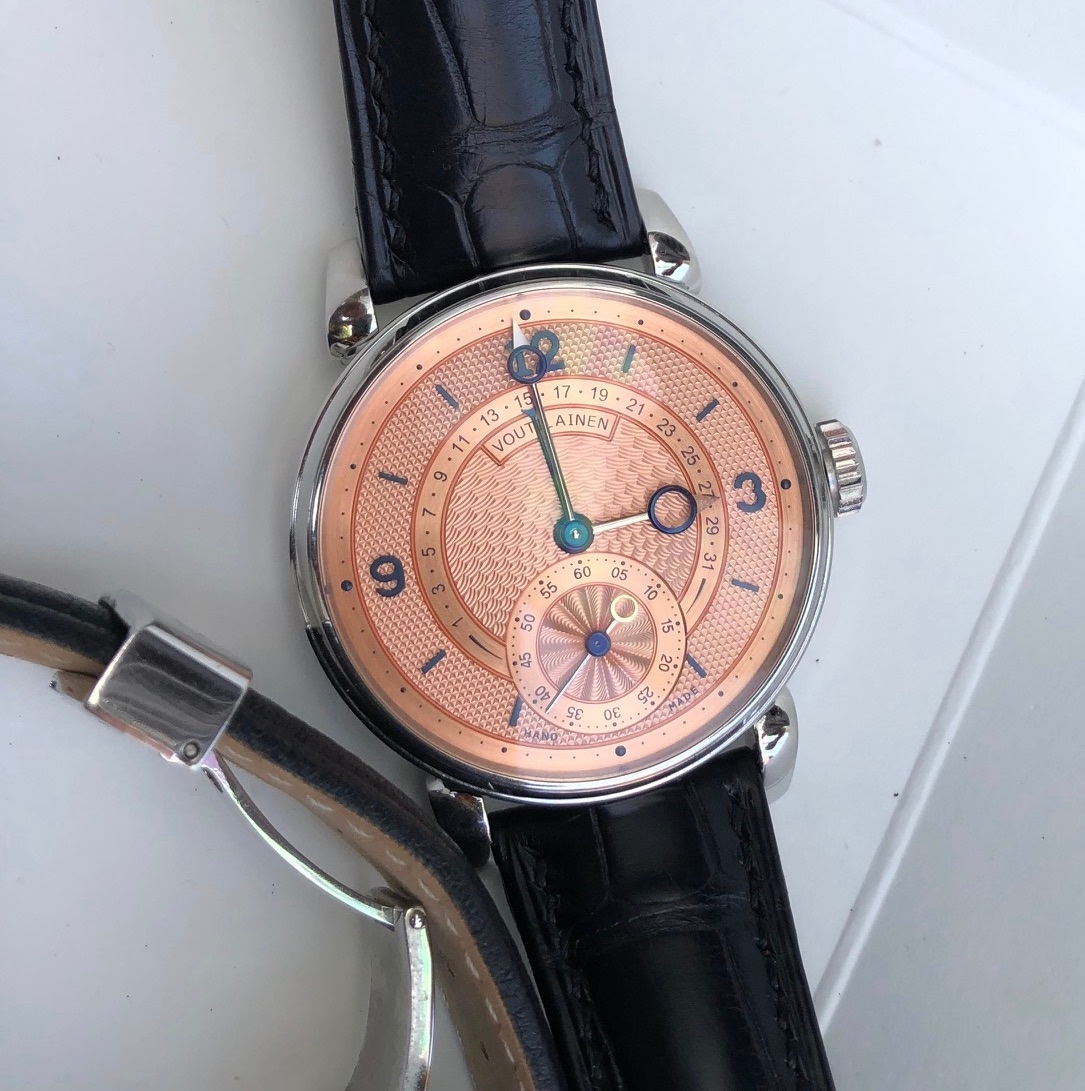 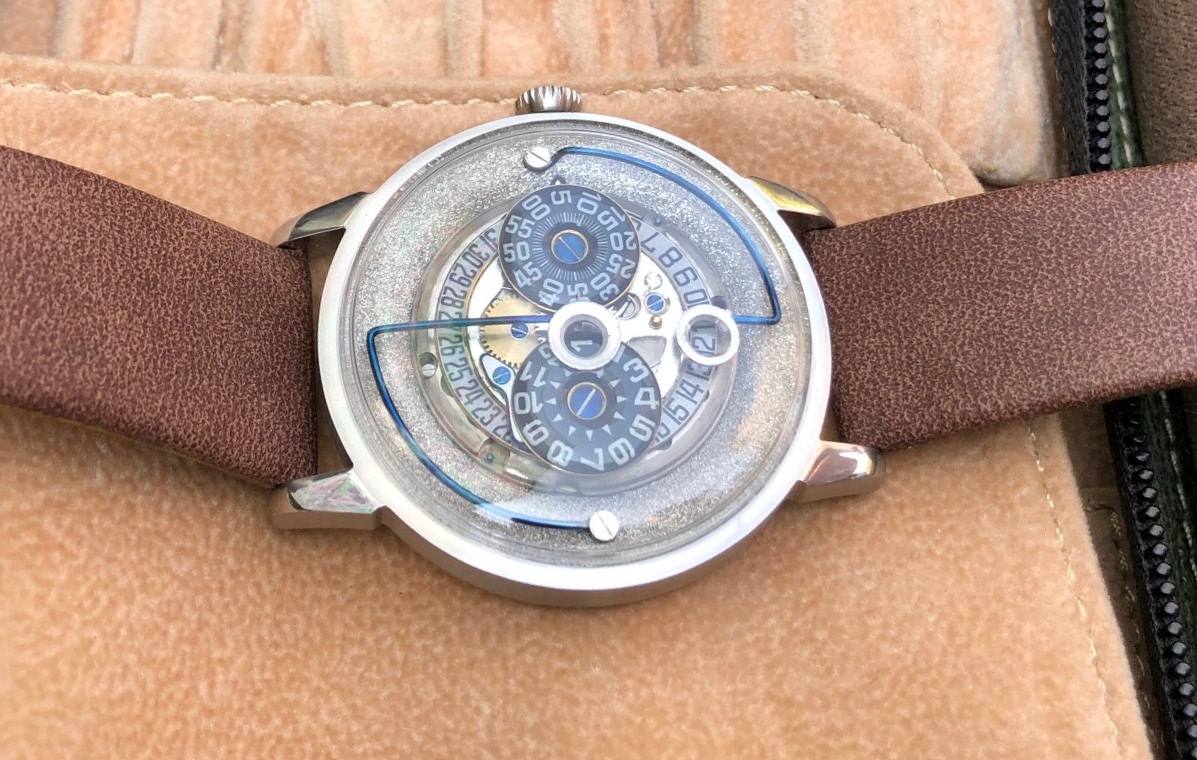 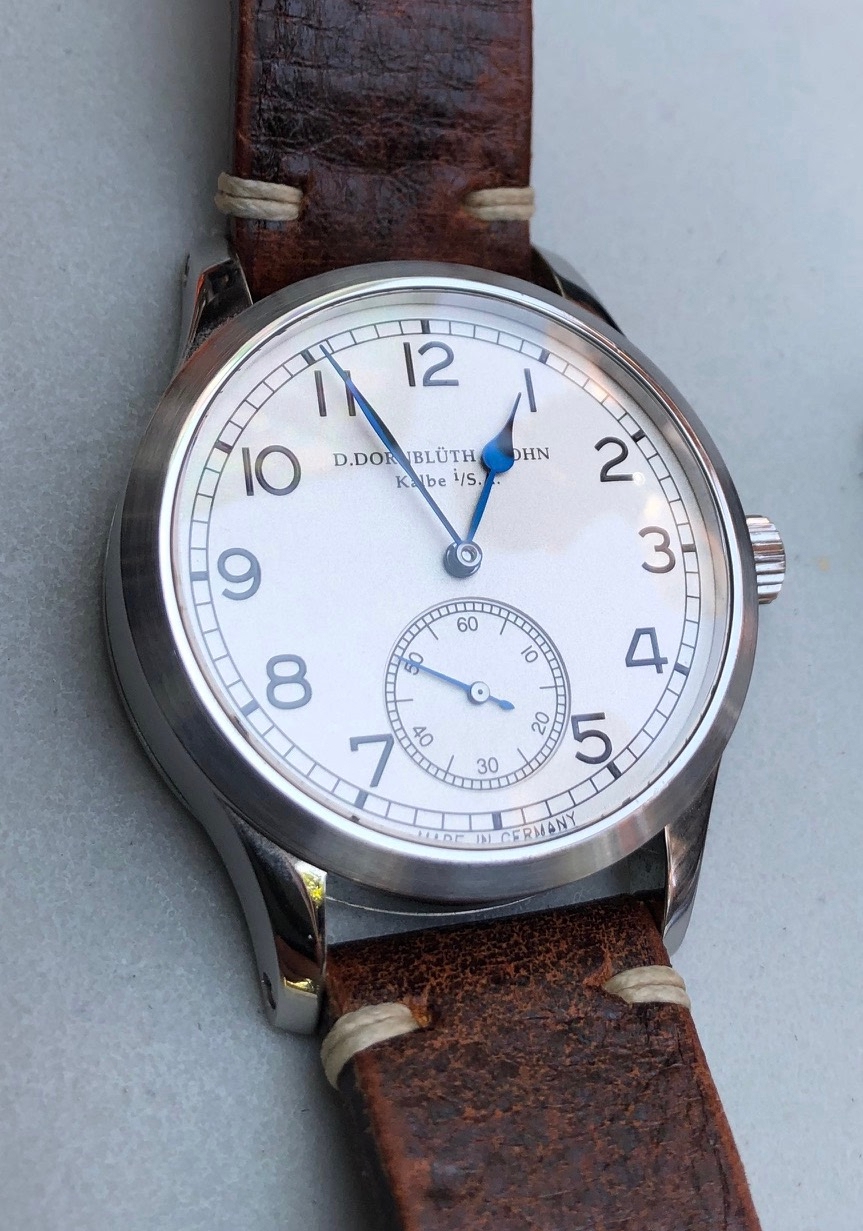 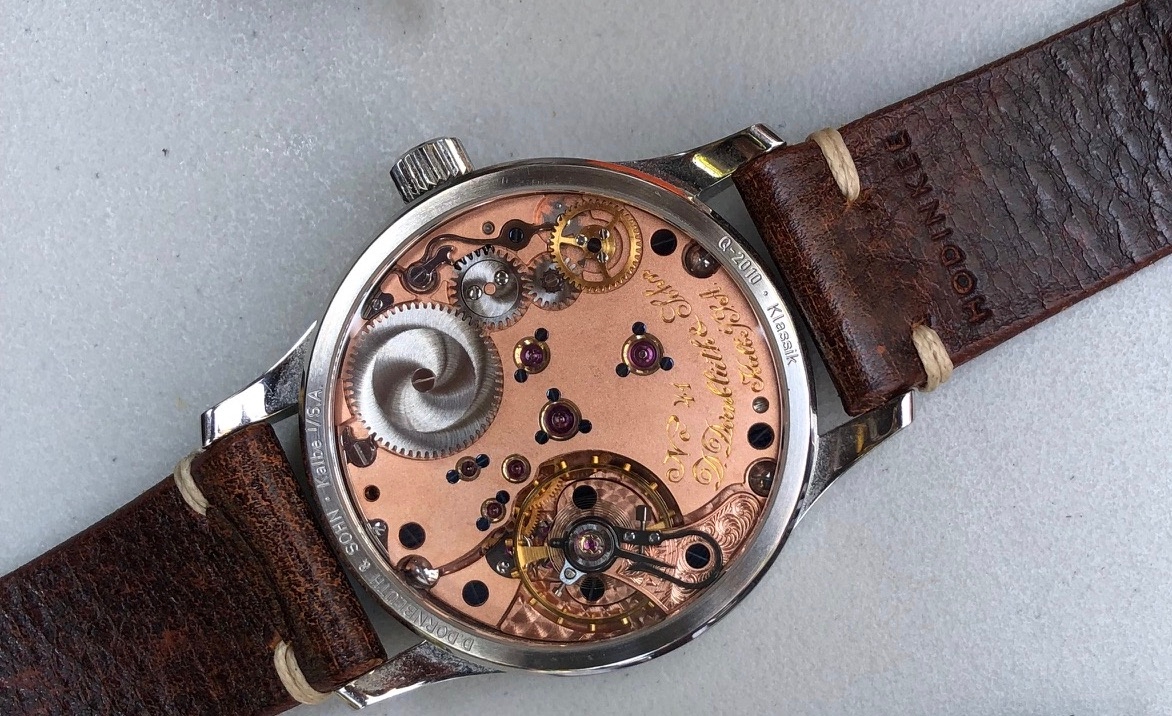 . . . which inspired much agony and gnashing of teeth for yours truly, who should've bought one but didn't.
😬
"From the sublime to the ridiculous" in one photo: a limited edition GO Senator 1845 belonging to Mr A . . . 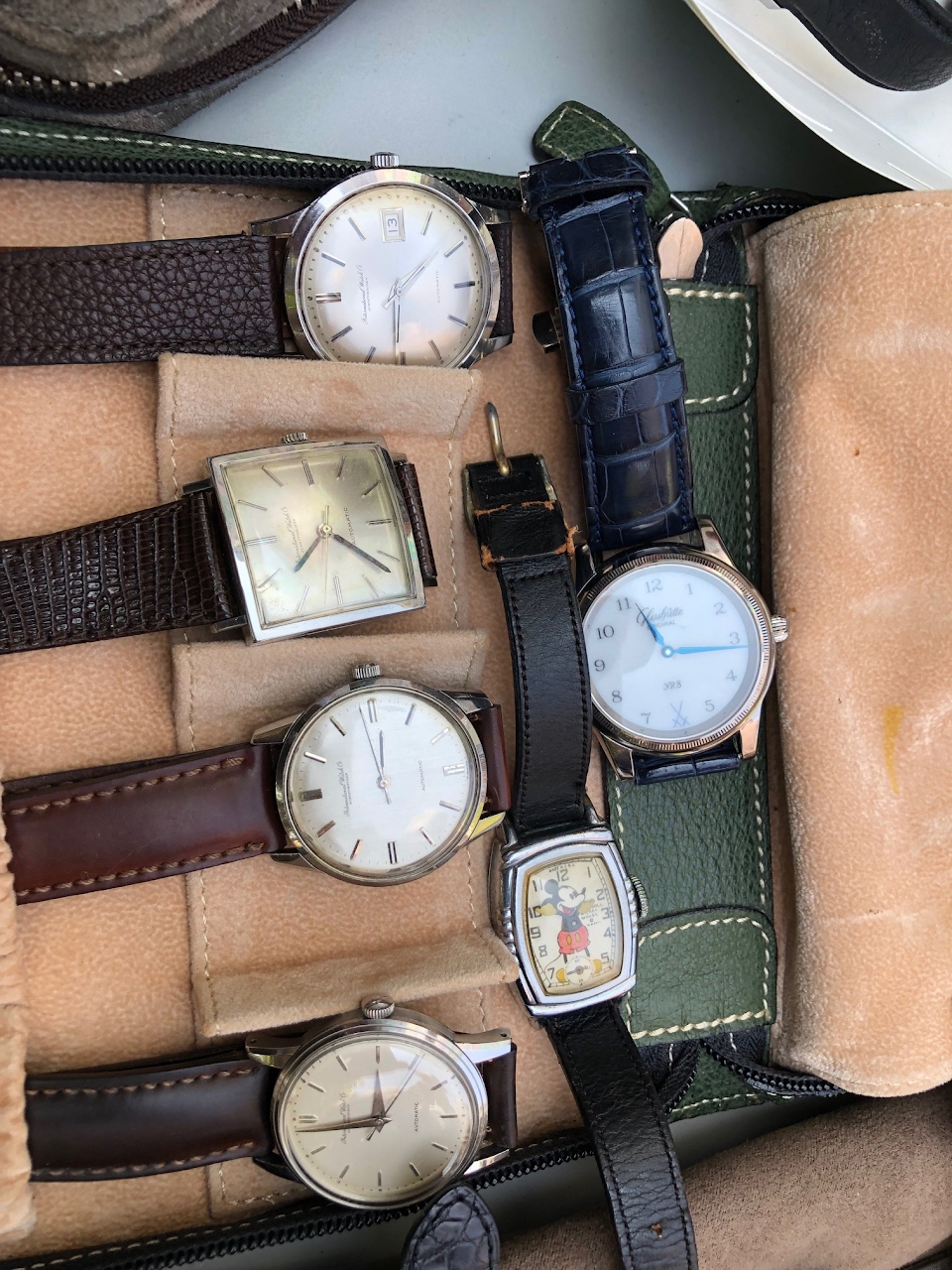 . . . next to a Timex Mickey belonging to Mr D.  The four vintage IWC belonged to either our host, Mr C, or perhaps Mr E, who was accompanied by his assistant Miss F (seen in the background of the second pic).
Besides watches, Mr D brought along gang t-shirts . . . 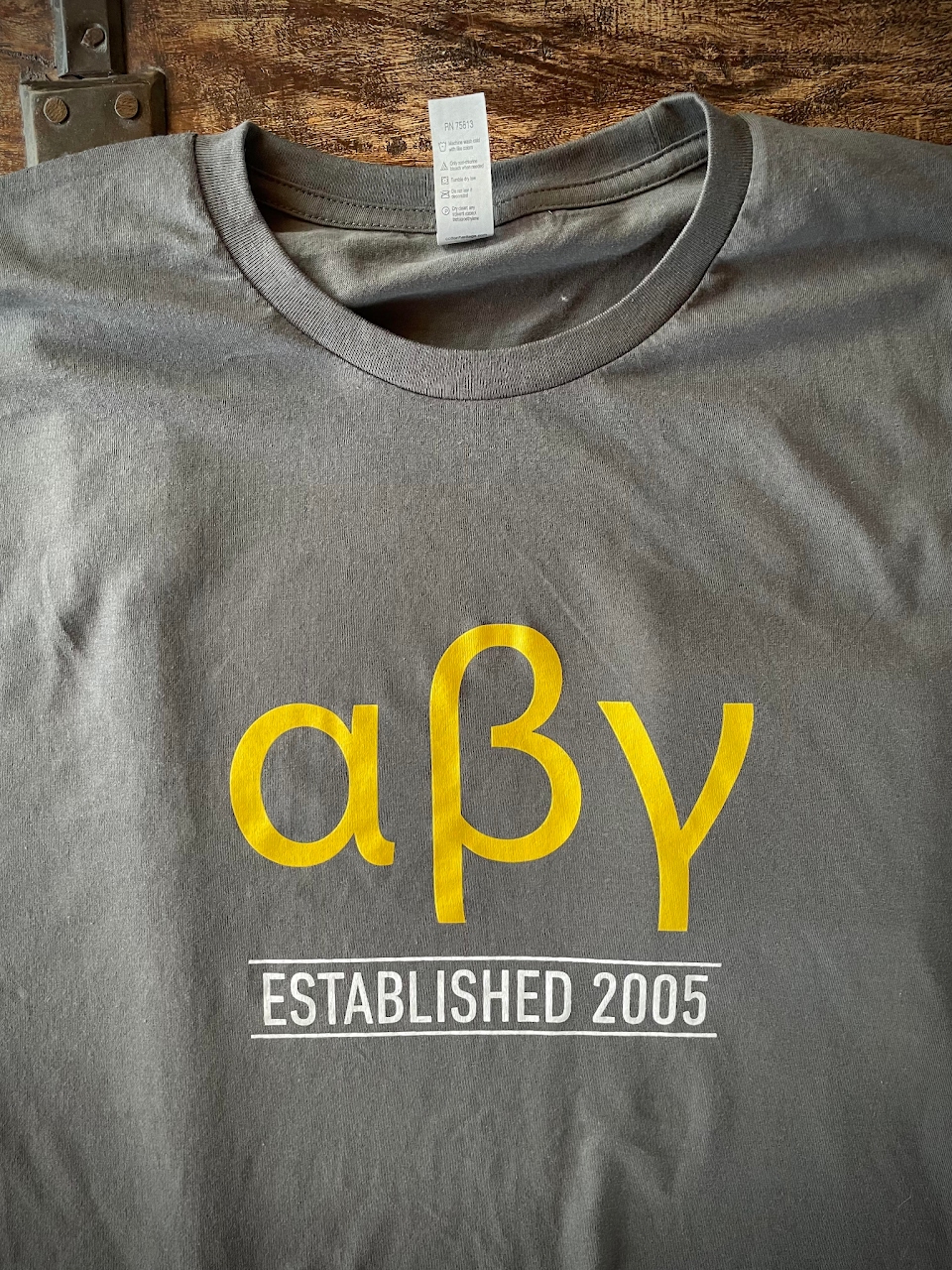 . . . which were distributed to all who'd ordered them.  The club shirts were Mrs H's idea, which Mr D then designed and ordered last month.  Many thanks to both, especially Mrs H, as the t-shirts set us back considerably less than Plan B.  And what was Plan B, you might ask?

Speedmasters with our club logo on the dial.