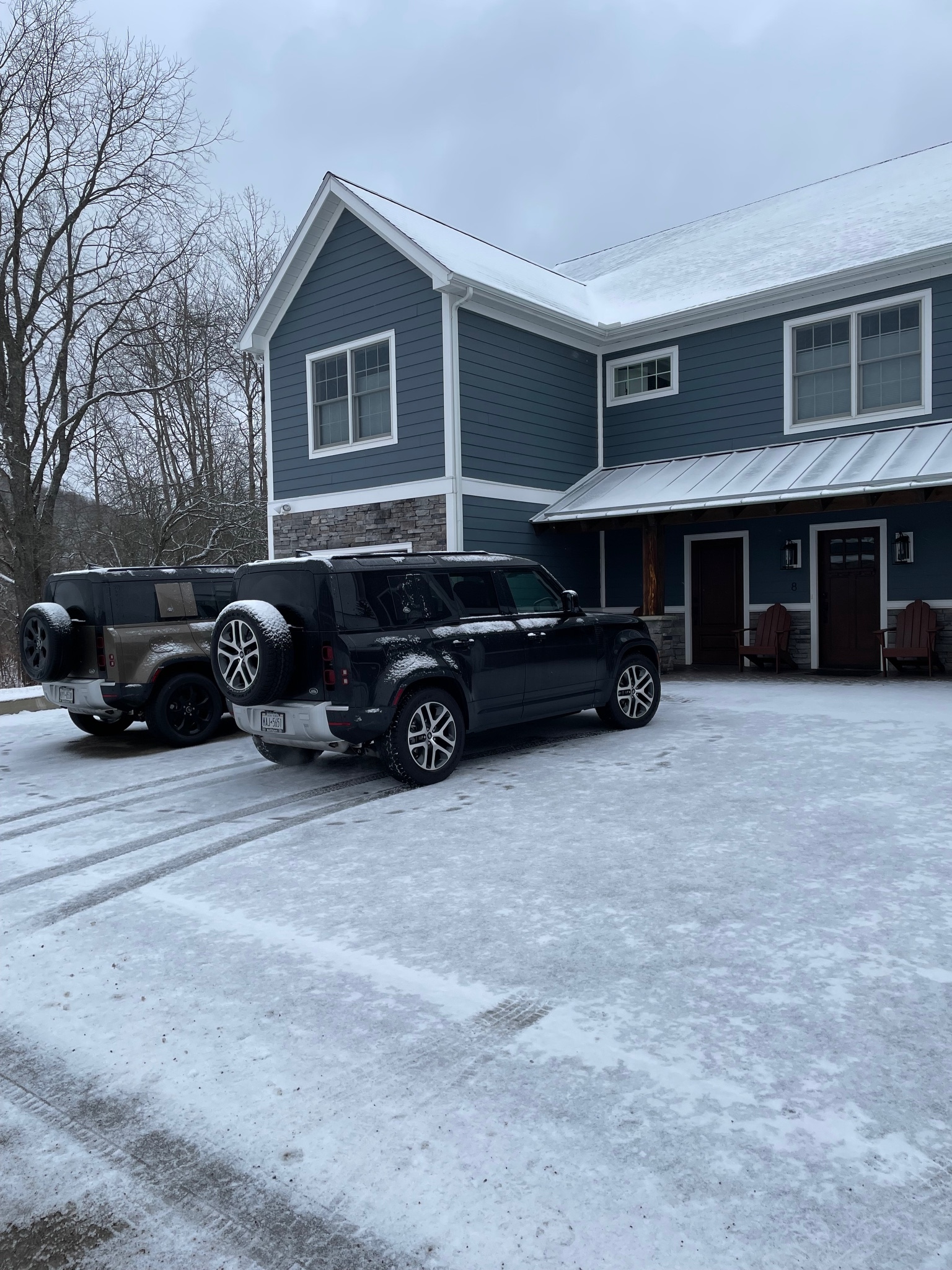 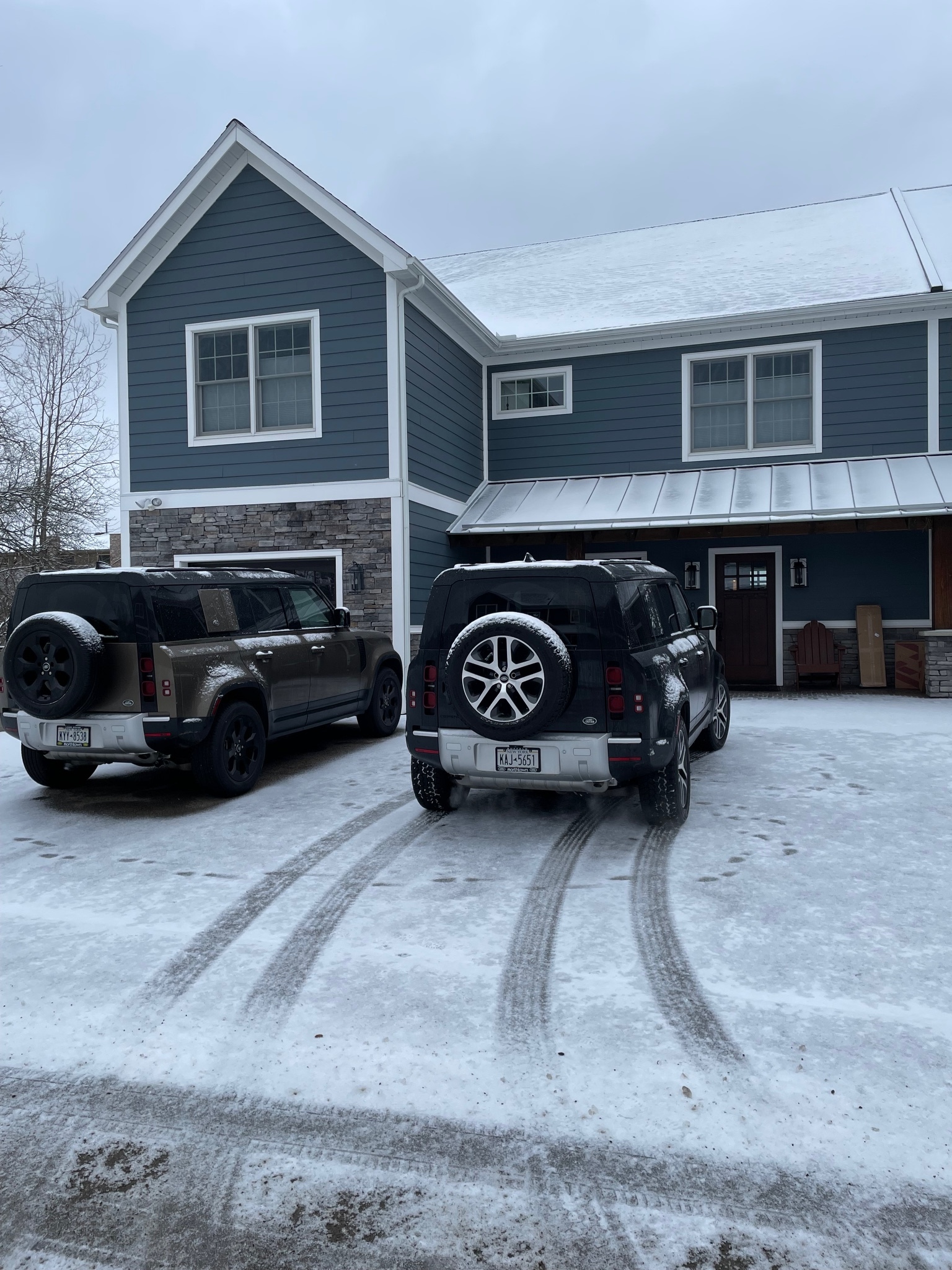 Last night, my daughter and her husband joined us at our country home to spend the night.

I’ve had range rovers in the past and swore that I would never buy another one. However, the defender caught my eye, and it certainly so far has met my expectations. Anybody else have any experience?

Thanks for looking, Tony.

By: aperna : January 21st, 2023-18:27
Last night, my daughter and her husband joined us at our country home to spend the night. I’ve had range rovers in the past and swore that I would never buy another one. However, the defender caught my eye, and it certainly so far has met my expectations....
login to reply

Did you have bad experiences with them in past?

By: jp884 : January 21st, 2023-19:37
And I can say they just get better with each new edition. More reliable and better ride which is already top of the line. I like the Defender both old annd new, almost bought a V8 Carpathian edition over the summer but didn’t want to pay the $50k ADM. So ...
login to reply

Nice! I had the new defender for a week in Iceland and came away really impressed

By: Fastwong : January 21st, 2023-19:43
Whiteout conditions, more snow and ice than asphalt, below freezing all day everyday, wind speeds blowing smaller vehicles off the road, the defender was a great companion, it's the grown up wrangler I would actually buy. Tbh, I'm tempted to trade my spor...
login to reply

My BIL has one, he said shortly after

American dealers are clearly freer than their EU counterparts

By: j.jota : January 21st, 2023-20:46
The new JLR ownership is much more competant and produces an excellent product, with the Ingenium engines being designed and built by Jaguar. I own a Discovery Sport and love the build quality and value.
login to reply

Disco Sport is a nightmare

By: VinnieD : January 25th, 2023-12:46
There is a class action lawsuit ongoing in the US and they try to keep the EU situation under a lid. All people I talked to (5-yr old diesel engines) had blown their engines! It also occurred to me: some turbo parts are clearly built cheap and they have n...
login to reply

Modern is much better

By: TeutonicCarFan : January 21st, 2023-22:19
I've had 2 discoveries and a full size RR. Loved the full size but no third row so I ordered the discovery. No major problems, the 2021 discovery had the new pivi pro system and the surround sound amp had an issue that took a few weeks to diagnose. No big...
login to reply

By: TeutonicCarFan : January 21st, 2023-23:21
I have been trying to convince myself that a ram trx would be cool... supercharged v8 ... but I think the novelty would wear off as the rest is a dodge🤷‍♂️
login to reply

My neighbor just got one last weekend

Yes also love mine. They have great street speak and the ride is fantastic. 6 months in and nothing but good things to say.

By: TeutonicCarFan : January 22nd, 2023-00:47
What size are those aftermarket wheels, 23? Fwiw I have 3 friends with defenders all about 2 years of ownership with no issues👍
login to reply

Thanks - these are 22s so the ride quality is still good - can fit some decent side walls.

Mine came with 22s (still some sidewall)

I’m in the Asia tropics so all good

This is really impressive all around.👌🏽

Great color combo!! I found out that the plate on the rear window is to lean a ladder against it

No experience, here, but God knows how much I love this one.

I still have to try one!

Ready for the first adventure?

Love how these Defenders look

I have known many folks with Range Rovers, Defenders, Discoveries, and Landies

By: cazalea : January 25th, 2023-18:01
I went to the launch of R-R in the USA, and several other LR press events, and did some service development work with the dealer in town. Some of my pals were quite fortunate while other owners had their share of problems. 🙁 I have a LR scan tool if you n...
login to reply

My first RR was a gem. The second was a huge disappointment . I'm hoping to have better luck this time. So far so good