Great to see all theses PloProf all in one space. I am a big fan also but I can only match your with three. At least all the bases are covered. I need to put a report together.

Ps the ray was happily released. 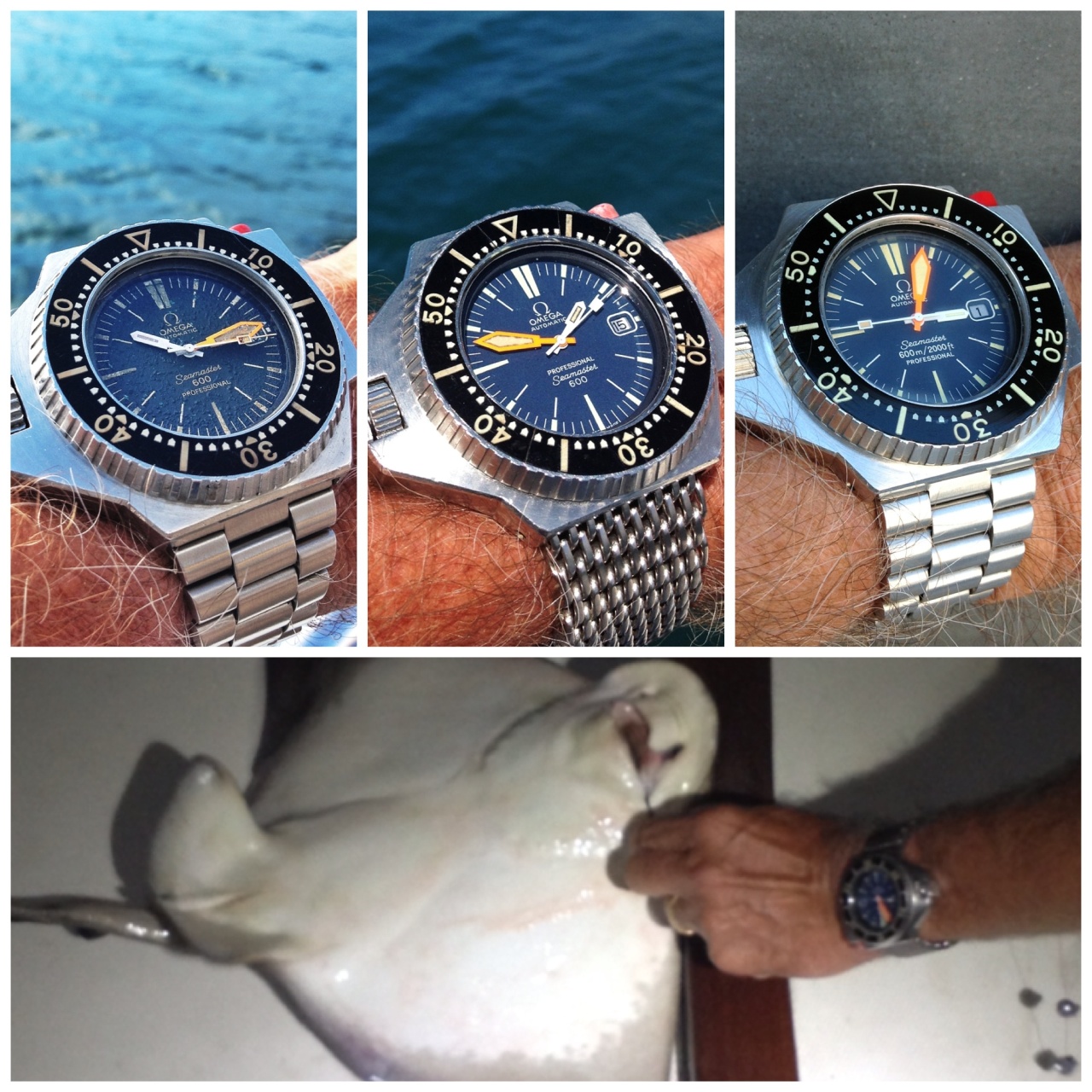 By: respo : December 5th, 2013-15:06
I love this report on a watch I have admired for some years now. Your excitement and enthusiasm is contagious, as I am now wanting one of these for my collection. :-D I have come close several times. The Ploprof is an unmistakable icon, as you noted, and ...
login to reply

By: Bill : December 5th, 2013-19:42
Great to see all theses PloProf all in one space. I am a big fan also but I can only match your with three. At least all the bases are covered. I need to put a report together. Bill Ps the ray was happily released. ...
login to reply

Bravo, Bill. That is such an achievement. Bring one with you, please.

have the same bubbly dial ! congratulations; a perfect triumverat....

By: DivingT : December 6th, 2013-03:42
.....and now I know which watch I'll be wearing for the weekend!! Thanks for sharing this, a great collection of photos. Cheers Tony
login to reply

I will join the club also.

It is quite something to see them all together. Thank you for sharing. [nt]

Thank you for posting!

By: Mike1066 : December 7th, 2013-08:17
Great pictures and it looks like the gathering was a lot of fun. Always great to spend time with some good watch buddies. I have always been intrigued by the PloProf. Just so much history and such a unique watch. I have always wanted to pull the trigger o...
login to reply

impressive collection and thanks for informative report!

By: Dr No : December 7th, 2013-14:59
. . . usually, I find watches approaching this size to be unmanageable on my wrist, but the Ploprof is one notable exception. It's immense, no doubt about it, but . . . . . . the asymmetrical plinth-like case tends to subliminally minimize the impression ...
login to reply

Thanks for joining with the reissue Art...

By: blomman Mr Blue : December 9th, 2013-13:31
The Polprof is much better for stacking than the Polaris! :) Best Blomman
login to reply

The secret of Polaris stacking...

Agreed, a very risky game, with the Polaris. Couldn't stack more than 5.

Yes, we should discuss them more often. Not very photogenic, but what a character! [nt]