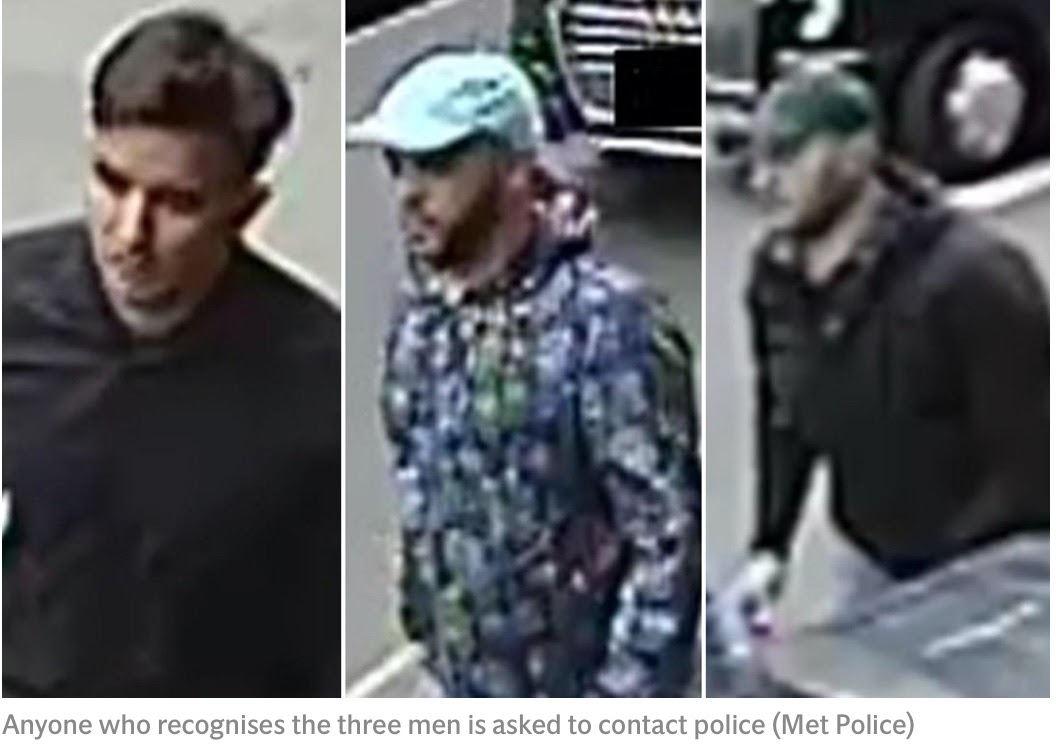 By: Centurionone : February 7th, 2020-11:57
A tourist had a £115,000 watch ripped from his wrist in a "violent" robbery in Mayfair . The 55-year-old man was staying in a hotel in the affluent central London area when he was pounced upon by three men, police said. During the attack in Berkeley Squar...
login to reply

By: Jurry : February 8th, 2020-09:38
Especially since these guys have zero empathy zero compassion. You worked hard to buy such a watch, they like it and take it. And the stab wound? They’ll probably blame that on the victim; hadn’t he resisted they wouldn’t have had to stab him. The world u...
login to reply

By: Centurionone : February 8th, 2020-11:27
Imagine the horror they went through. I once got robbed at knifepoint in South London, the emotional scar of that carried on for years...
login to reply

By: Jurry : February 8th, 2020-14:03
Many years ago a guy with a knife tried to rob me. That turned out pretty bad for him because I was about to give him what he wanted when he, with my wallet in his hand, tried to stab me anyway. That was not his best move of the day so to speak. Alas that...
login to reply

So sorry to hear that , but I love the fact that you have self defence skills!

By: Centurionone : February 9th, 2020-03:35
I was quite shocked and scared at the sight of the machete ( admittedly that was almost 30 years ago ) Since then always disliked South London.. illogical I know
login to reply

By: Jurry : February 9th, 2020-05:08
It’s logical to avoid a place where something bad happened; that’s human nature. Same as after a burglary in your house you better move coz it never feel the same again. Back then I just was lucky, the guy unlucky. He had his change to walk away with the ...
login to reply

By: gqmagic : March 27th, 2022-20:22
Have change how some people unwittingly make themselves a target by posting and "flexing" their expensive toys, often with personal identifying information. Making it easy to be targeted, followed, home invaded, etc. Happened last week to a watch dealer w...
login to reply
By: gqmagic : March 28th, 2022-03:00
ktla.com
login to reply

I've a dim memory of walking a Kuwait City sidewalk . . .

By: Dr No : February 17th, 2020-15:06
. . . and seeing street vendors selling gold jewelry and coins. This was ~ 1966. Don't know if trends have changed since, but I was impressed by the orderliness of Kuwait back then. I'm sure penalties for criminality were a, if not the , primary reason. A...
login to reply

By: Robert65 : July 11th, 2020-06:35
But from what I saw of the average pedestrian, they were workerbees (Indian, Asian, etc) who were there to work, make money and send $ back home to their families. They wanted NO part in anything illegal which would jeopardize their working status - and y...
login to reply

By: pjphilippe : March 4th, 2022-23:43
My father started working in ِAbu-Dhabi around 1969, at that time he was flying BAOC with a stopover in Bahrain. There he visited a jeweller who lent him jewellery to bring home in Paris for my mother to make her selection. My father would then pay for wh...
login to reply

It always seems to happening in Berkeley Square !

By: Weems@8 : July 31st, 2022-12:13
A victim of crime, and do not forget his wife who suffer it. A Breguet is different than a Rolex, so criminals have knowledge what watches have value. They would not rob somebodies Fossil or Diesel. The west is certainly not a safe place. Everywhere in th...
login to reply

Thanks for the advice.