Last night's supper at The Rainbow Bar and Grill . . . 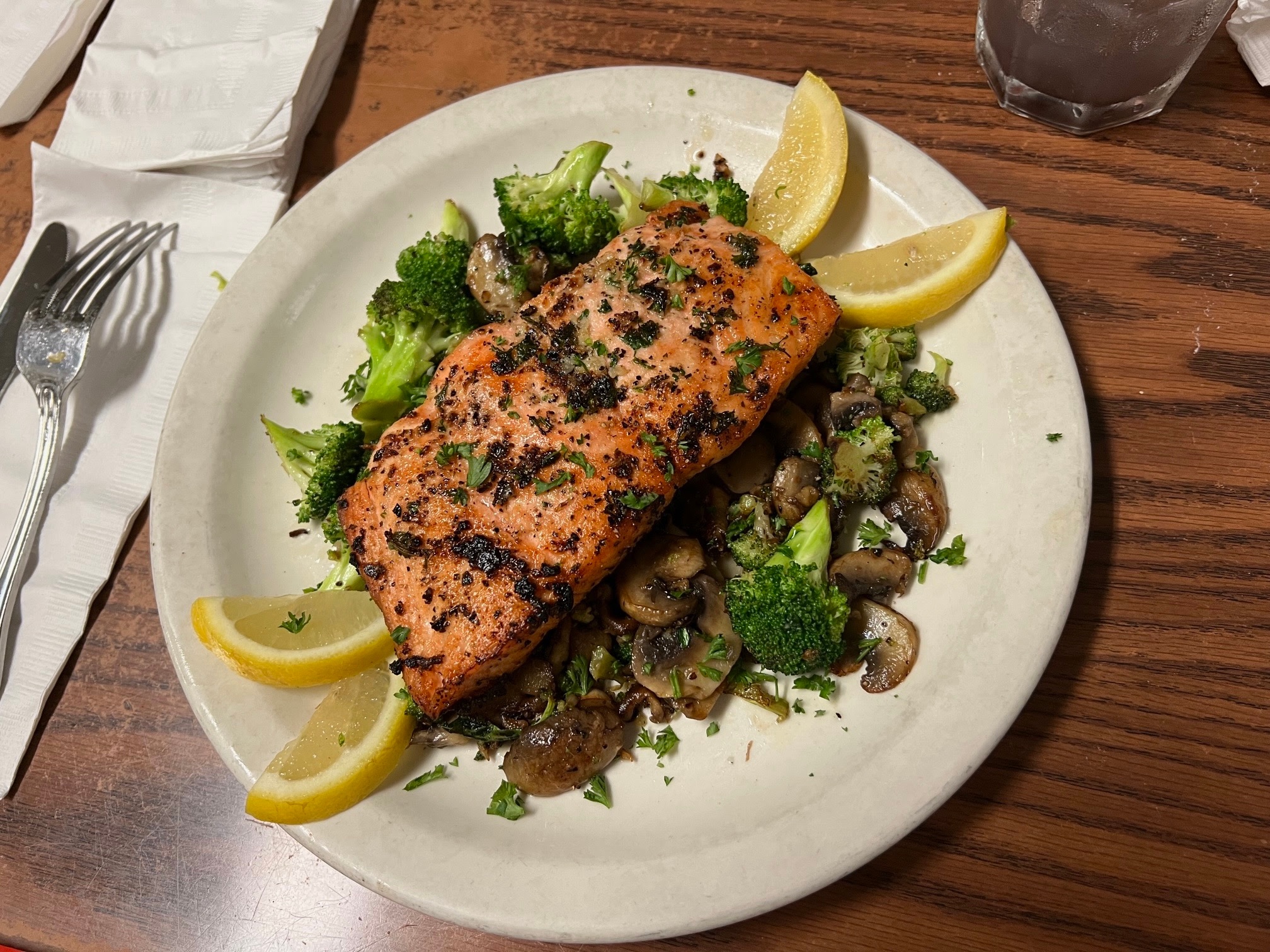 Salmon with broccoli and mushrooms in olive oil and garlic, preceded by a chopped salad with Italian.  The sharp-eyed here will have noted the Black Sambuca over ice - a rare treat.
As many of you may recall, The Rainbow has been my home away from home for almost four decades.  Founding head chef Miguel . . . 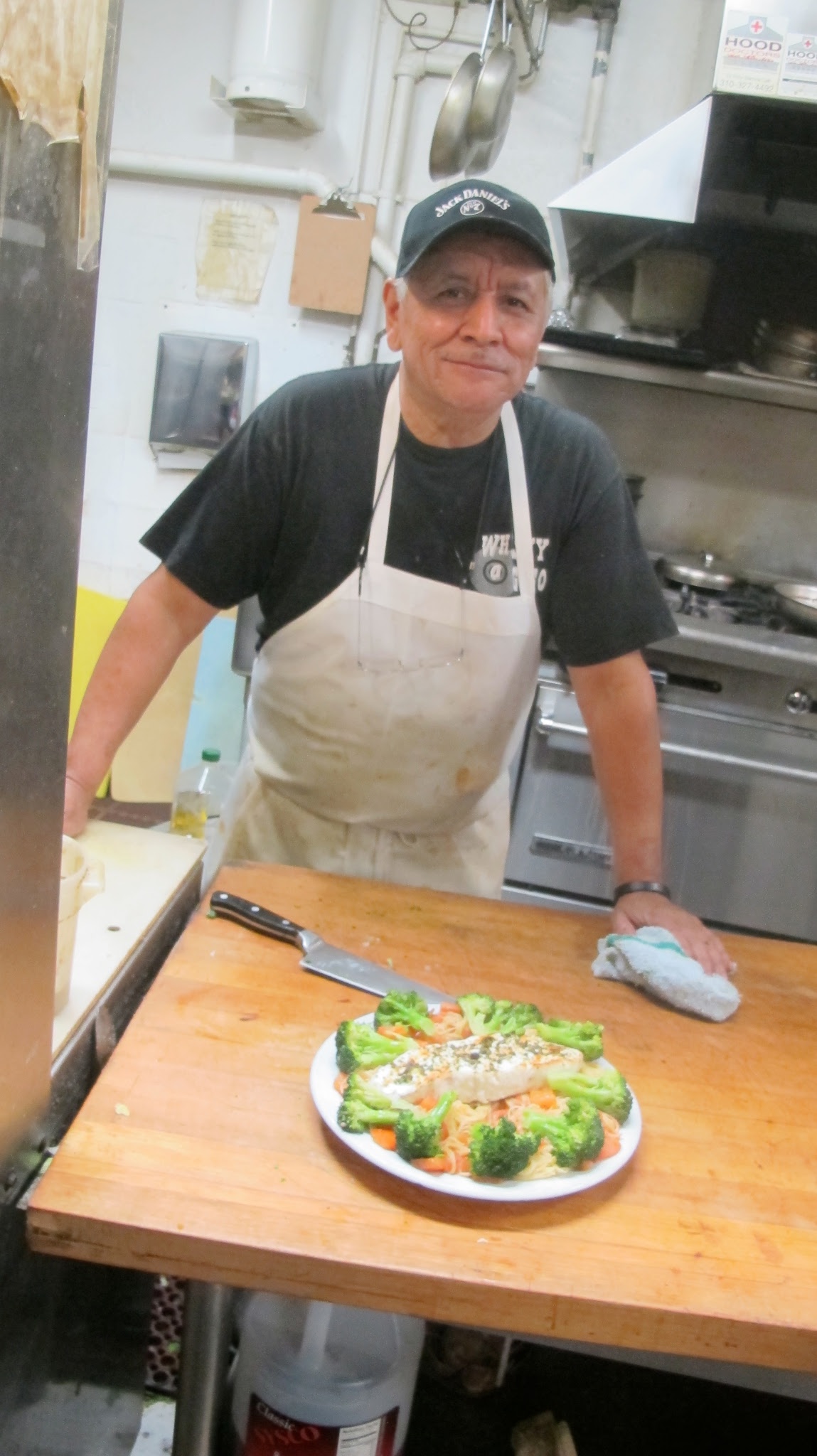 . . . was truly a chef's chef; Wolfgang Puck was seen dining on Miguel's cooking twice by yours truly.

Miguel passed away five years ago, and his colleague Kiki three.  Miguel's younger brother Sabino was hired shortly after Miguel started back in '72.  Sabino will be taking at least six weeks off starting tomorrow night, and it's entirely possible he won't come back.  After all, nearly fifty years on the job has earned him the right to retire, and I expect him to do so after he's technically able to return.  I'll be dining at The Rainbow tonight and hopefully tomorrow night as well to accompany him on his farewell performance.  He is every bit as good a chef as his elder brother, and I'm going to miss him dearly.

It won't be the same without you, Sabino. 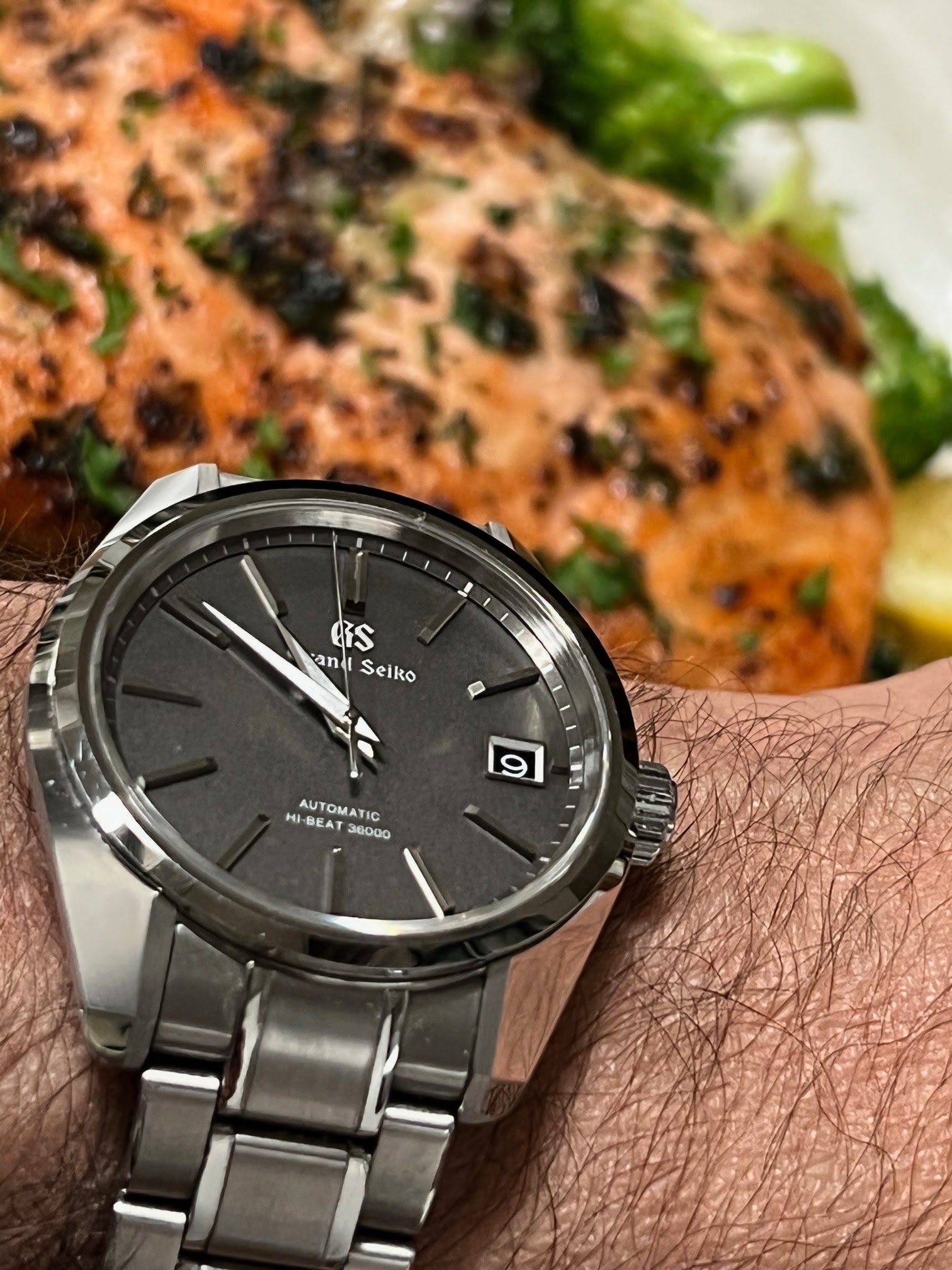 Last night's supper at The Rainbow Bar and Grill . . .

By: Dr No : January 10th, 2022-19:15
. . . prepared by the latest addition to their kitchen, Marissa. Salmon with broccoli and mushrooms in olive oil and garlic, preceded by a chopped salad with Italian. The sharp-eyed here will have noted the Black Sambuca over ice - a rare treat. As many o...
login to reply

By: Dr No : January 10th, 2022-19:41
. . . well, Sabino is a grand master chef. Whatever his decision turns out to be, I hope he finds contentment. His brother Miguel never got to enjoy retirement, and I'm sure that's weighing heavily on him. Art
login to reply

It’s a difficult one …

By: Cpt Scarlet : January 10th, 2022-19:56
I have fond memories of places and the people that made them pleasurable. Clubs, bars and restaurants, I can still hear the laughter and visualise the smiling faces. Happy memories 🥂
login to reply

I know the feeling my friend, some places just make you feel at home, enjoy the time we have all the best, Tony 

An hour or so before dining at The Rainbow, I was shooting pool . . .

My appetite is always enhanced . . .

By: Dr No : January 10th, 2022-21:26
. . . at The Rainbow Bar and Grill. Halibut over linguine with broccoli and tomatoes sautéed in olive oil and garlic, prepared by Miguel way back when. Art ...
login to reply

Yes, that was Sabino in the kitchen that Monday night in October. He had several . . .

By: Dr No : January 10th, 2022-21:03
. . . specialties off the menu: baja halibut, Sabino's eggplant, swordfish with yellow peppers and onions, and lobster casserole. I know how to prepare them, and will ask Marissa to try her hand at working Sabino's (and Miguel's) magic with those recipes....
login to reply

Loosing a friend is not a good thing...

With any luck at all Sabino will still visit The Rainbow . . .

Damn. I would have loved having a bite with you there. Don Turo and Vlad. They would have never see that there!!!

Drop everything you're doing and hop on the next Air France flight . . .

You are tempting me in the Don Turo's way!

Looks delicious. My kind of food. I had baked Salmon for breakfast this morning :)

By: vitalsigns : January 10th, 2022-22:17
Even better to have dinner at a well-loved place full of people you know and appreciate.
login to reply

What a wonderful account of a faithful relationship with a business and its heart and soul — in this case the chefs. Thanks for sharing these people and experiences with us.

By: Dr No : January 11th, 2022-18:35
. . . expecting to see Sabino in the kitchen. As it happened, he tested positive for covid earlier in the day, so in all likelihood the Murillo Era at The Rainbow which began in '72 ended the first weekend of '22. Miguel and Sabino Murillo of Zacatecas, M...
login to reply