The first Alpine EV to be launched will be the Renault 5 Alpine, a “hot hatch” version of the coming Renault 5, in the second half of 2024. The Renault 5 concept is pictured at the 2021 IAA Munich auto show.

The Renault sports car brand has aspirations to sell two models in the U.S., a midsize electric crossover and a larger, similar model, starting in 2027 or 2028.

“The U.S. is the main destination for these cars,” he said on a call with journalists on Wednesday.

The A110 is built in Renault’s small factory in Dieppe , northern France. The plant, with just 400 workers, has a capacity of 6,000 units a year.

But de Meo has big plans for the brand, which he says has unrealized potential in the premium segments. He has already renamed Renault’s Formula One team as Alpine, which he says gives it exposure to tens of millions of fans – and potential customers -- around the world.

Alpine is gradually increasing its number of dealerships, adding 40 sales points in 2022 for a total of 140.

Future Alpine models will be electric.

The first to be launched will be the Renault 5 Alpine, a “hot hatch” version of the coming Renault 5 small EV, in the second half of 2024. It will be followed in 2025 by a sporty compact crossover, tentatively called the GT, which will have a “bespoke” design and will use a highly modified Renault-Nissan platform, likely CMF-EV.

Those two models are expected to increase Alpine sales tenfold by 2025, or to about 35,000 units annually, Rossi told journalists on Wednesday.

An electric A110 successor is due by the start of 2027. It will be developed in collaboration with Lotus, part of China’s Geely group, which has several joint venture agreements with Renault .

Those three models are not scheduled to be sold in the U.S.

The two larger Alpine models, which Rossi said could be seen as roughly equivalent to the Porsche Macan and Cayenne Coupe in positioning, are being designed with the European and U.S. markets in mind, Rossi said.

“We want to go to the U.S., which will create the bulk of the extra volume above and beyond the hot hatch and sporty car we are launching in 2025, and the successor to the A110,” he said.

Renault in the U.S.

Renault Group models were last sold in the U.S. in the early 1990s, although it had a large presence in the 1980s after acquiring a controlling interest in American Motors in 1979. Renault divested its AMC stake in 1987.

Alpine has not announced which platform the two larger cars will be based on, or where they will be built. He said the brand was first looking within the Alliance, specifically to Nissan, which has both deep exposure to the U.S. market and also builds midsize and large cars, which Renault does not. Nissan’s premium brand Infiniti could be potential source of components, although Rossi said that Alpine models would be more “dynamic” and performance-focused.

At the same time, Alpine is also considering Geely underpinnings, with several brands associated with the company such as Volvo, Polestar and Zeekr offering larger premium models. 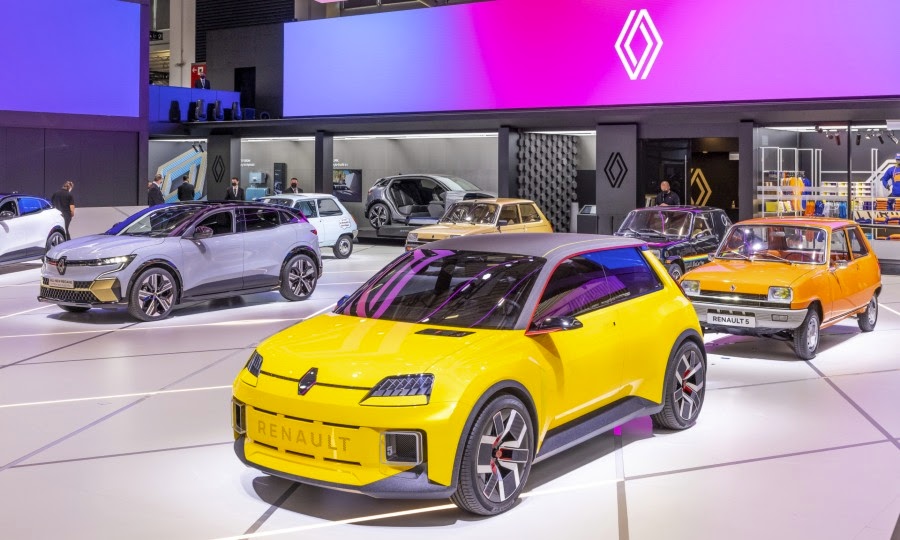 By: India Whiskey Charlie : January 19th, 2023-23:51
Article from Automotive News: Alpine has aspirations to sell two models in the U.S., a midsize electric crossover and a larger, similar model, starting in 2027 or 2028. The first Alpine EV to be launched will be the Renault 5 Alpine, a “hot hatch” version...
login to reply

Faster with a reply than

By: Weems@8 : January 20th, 2023-00:56
Nico, when the electric Renault Five goes to the United States. Me, if it is a good step? I can remember the AMC and Renault alliance. Will history repeat? It depends if American customers are waiting for Renault / Alpine. Mainland Europe, sure that is th...
login to reply

Damn it. America wants the gas guzzling models like Nico's!

By: VinnieD : January 20th, 2023-08:07
So many challenges ahead. Multiplying sales by 50... I do not see it happen any time soon. Lotus is already active in the niche "sporty electric SUV" space with a brand cachet that is superior. We shall see how that goes. I am not positive about this targ...
login to reply

Well, I love Alpine and particularly the A110, and I own myself a Renault Megan RS Team F1…