This will be a fun exploration.

In this first picture you will two watches which appear to be very similar. The Rolex coronet is almost identical very close to the Bart Simpson. The flat bottom is distinct. The Swiss t<25 also fills the space right to the edge between the minute marker. However the ft are not the same alignment. 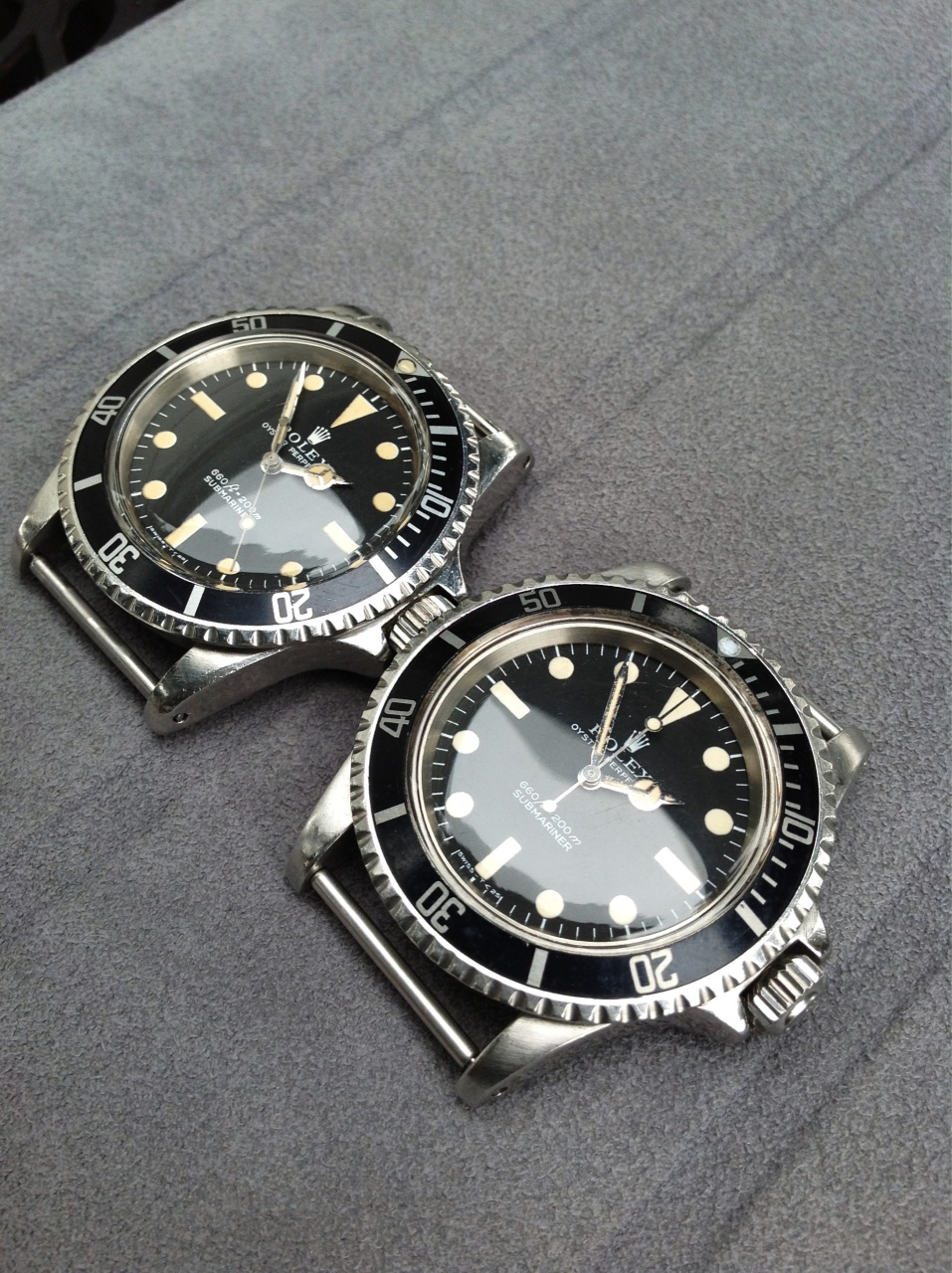 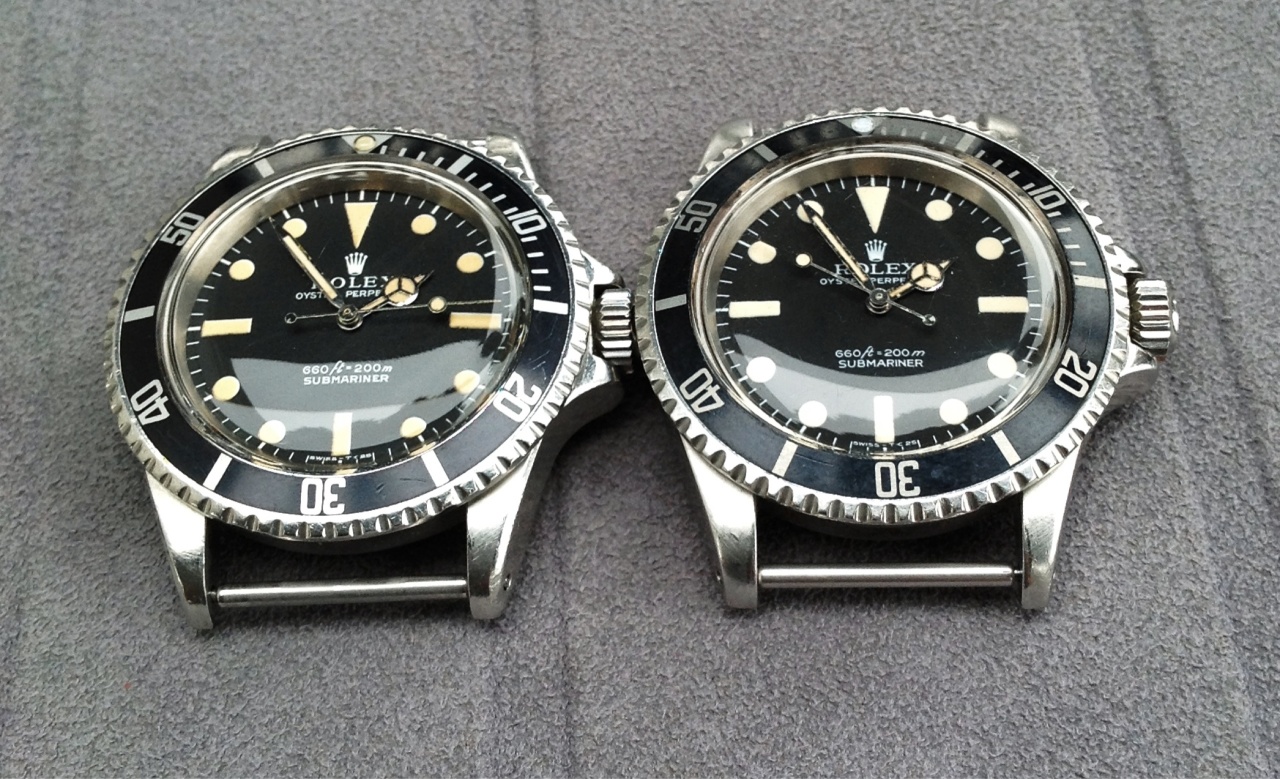 By now I am sure you are a little curious. Big deal. A little examination and we see the lume plots are different. One appears to be about a 1mm closer to the minute markers and a little larger. 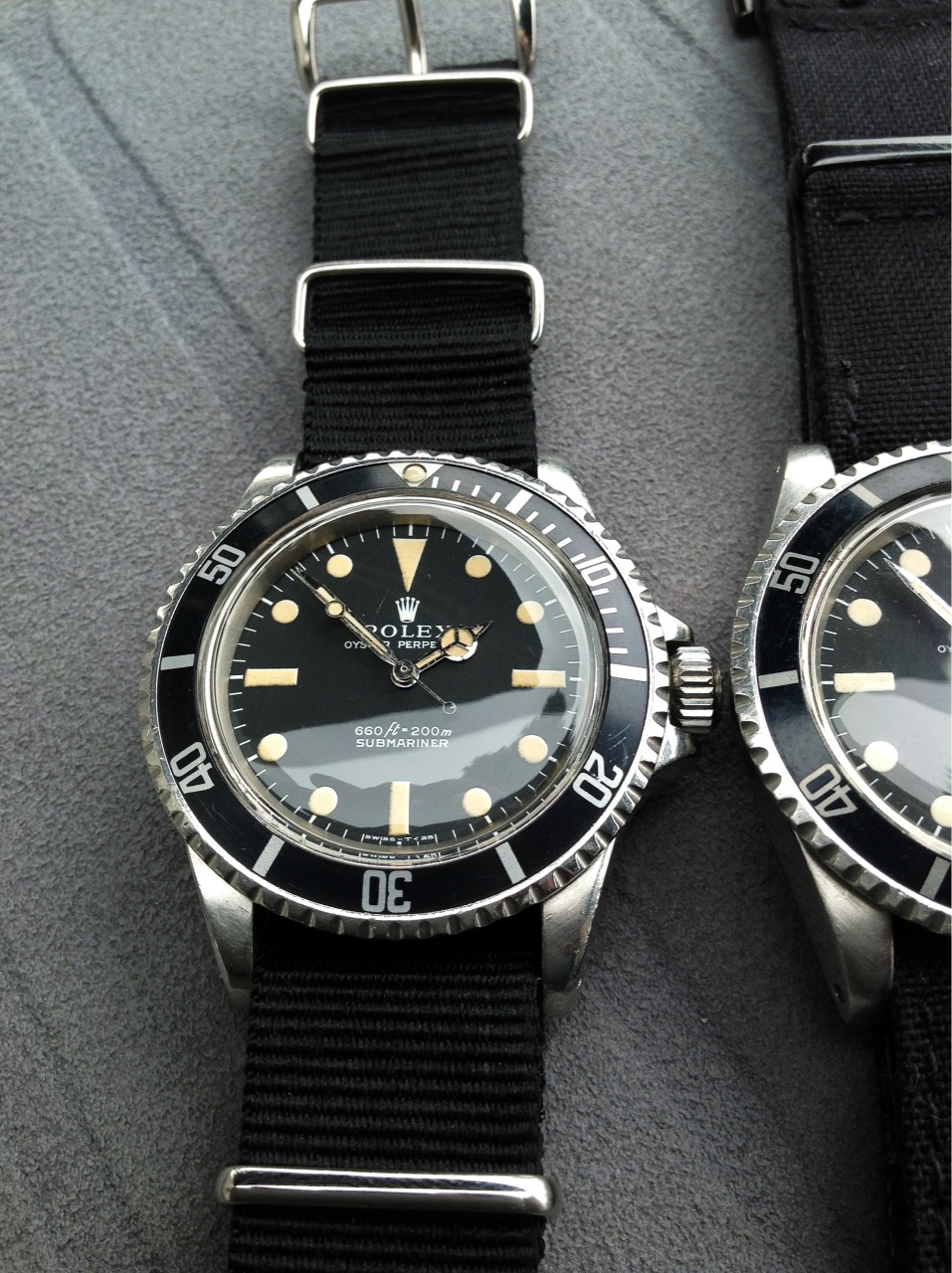 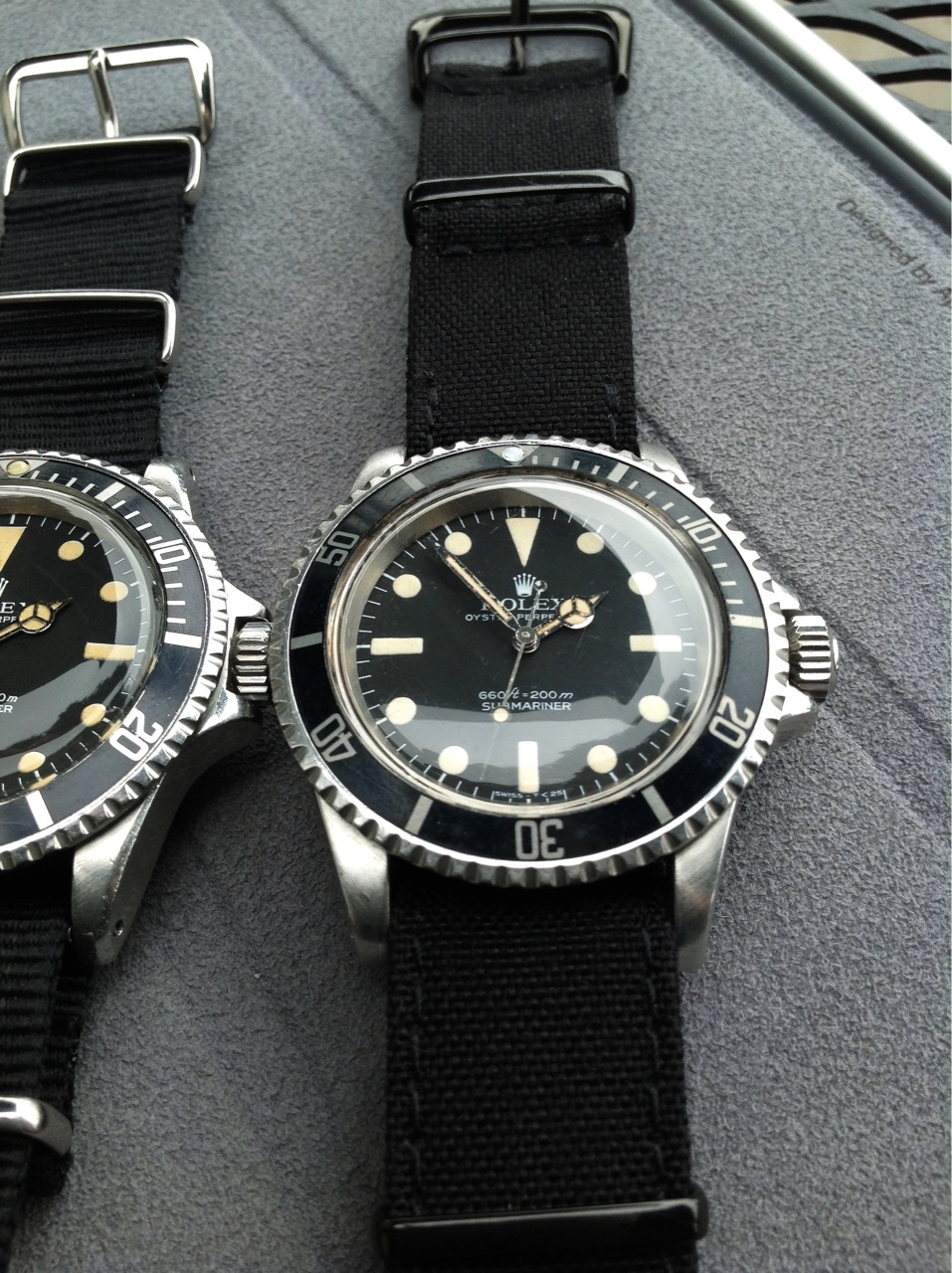 Your interest is still high. 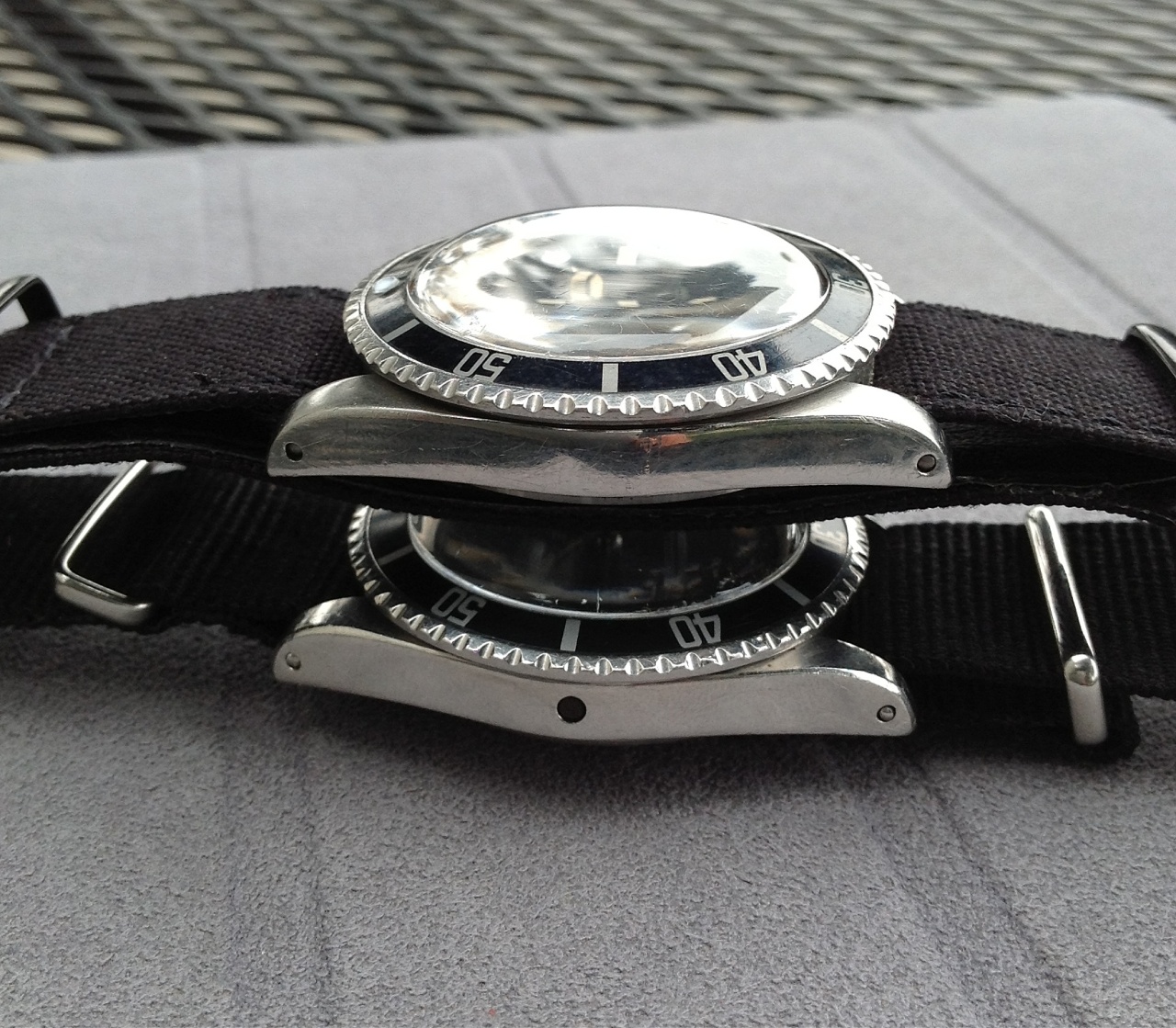 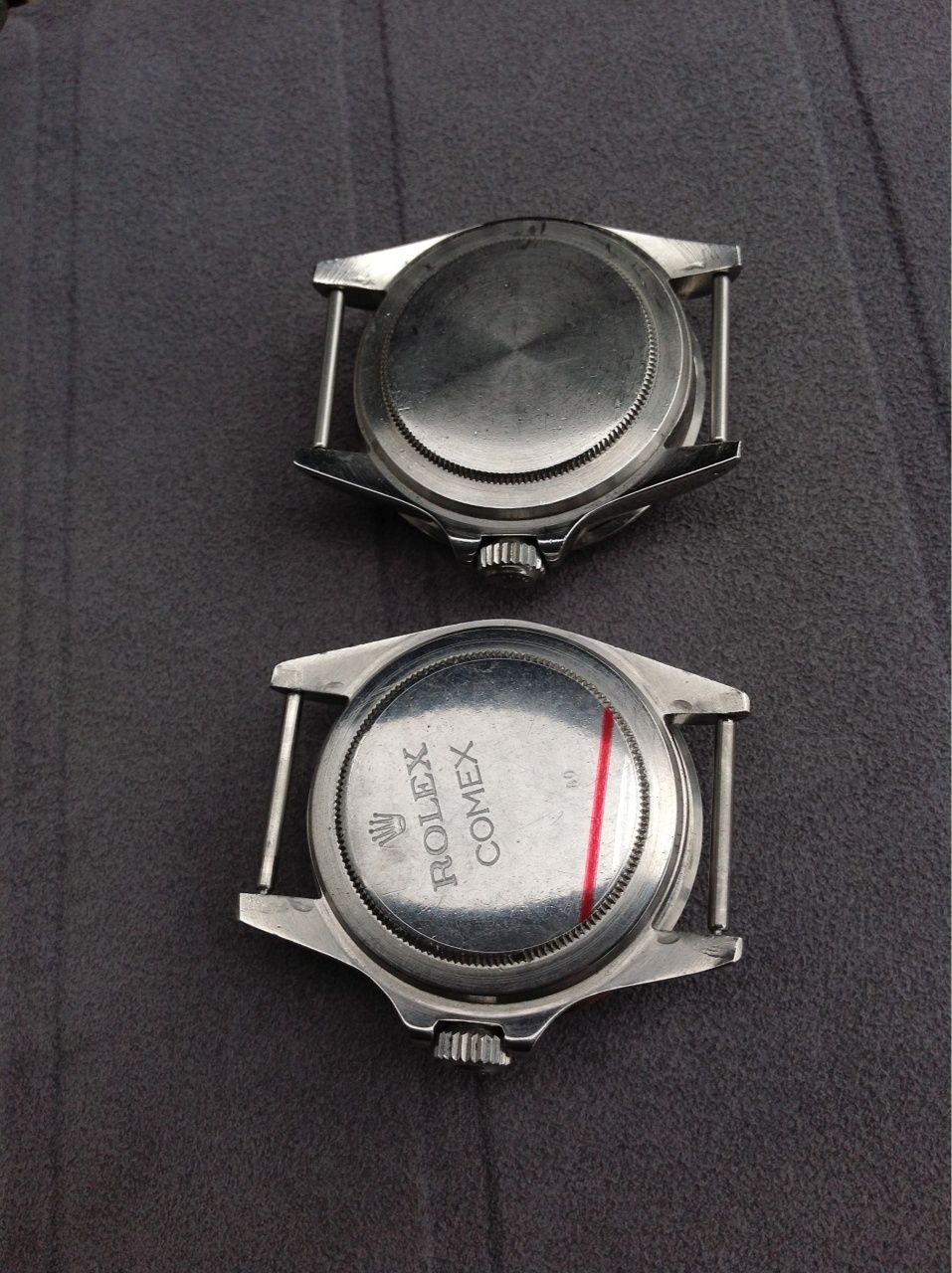 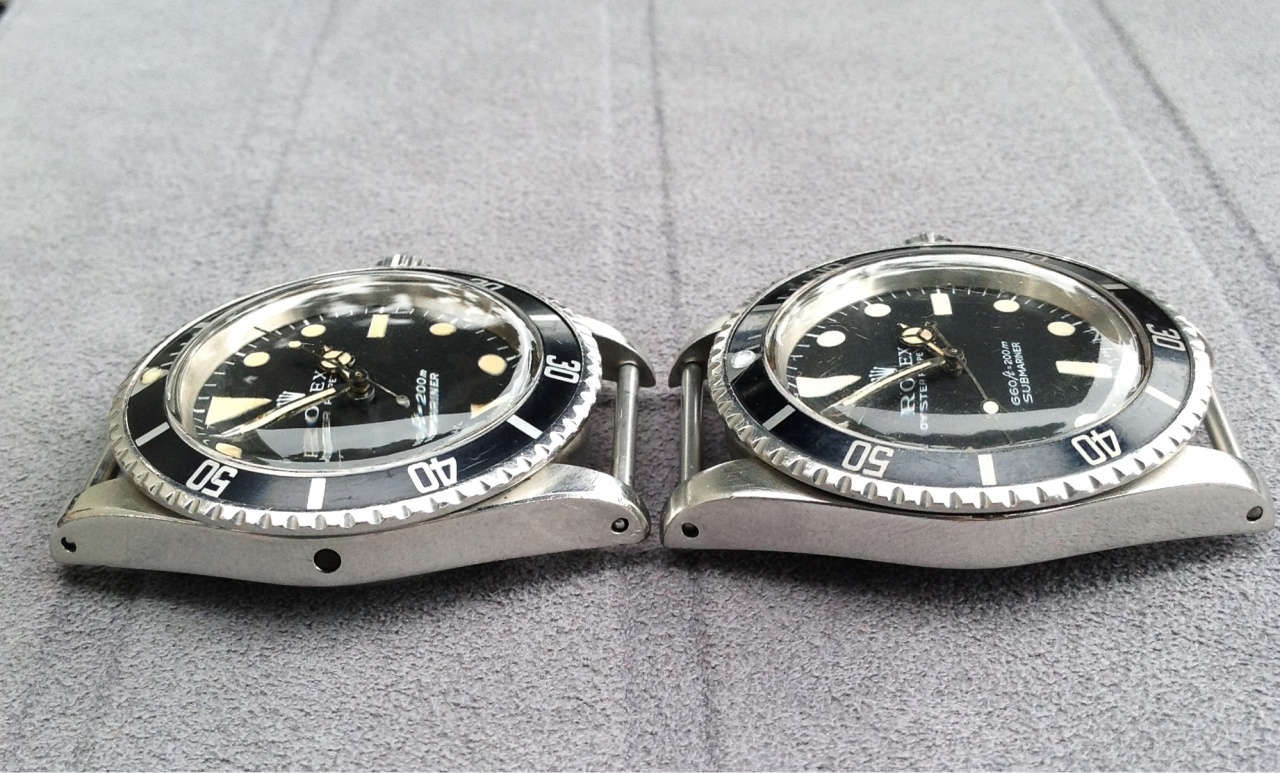 Another piece on interesting Rolex info. These early Comex still did not have the Comex marking on the dial. It has all of the other characteristics with the serial engraved inside the case back and the obvious helium escape valve. I am sure there will be some controversy as to whether no Comex on the dial meet the broad consensus but this is what I have observed.   This was an encounter with a friends watch.

By: Bill : October 19th, 2012-18:38
This will be a fun exploration. In this first picture you will two watches which appear to be very similar. The Rolex coronet is almost identical very close to the Bart Simpson. The flat bottom is distinct. The Swiss t<25 also fills the space right to ...
login to reply

By: amanico : October 19th, 2012-20:18
This one is my favourite, with the Vladesque Triple 6 Comex. Now you need a Milsub, English or French, to have your bases fully covered. Damn, you have an IMPRESSIVE collection of Subs! Best, my friend. Another one I will have to see in the flesh! Nicolas...
login to reply

Nico amci I am working very hard to reach your level

Funny Bill, we have sisters!

By: Anatol : October 20th, 2012-00:39
We do seem to have many watches in common. In this case, even consecutive numbers! Comex 5513 no. 81: As pictured in the Mondani Submariner book: I had a Comex logo dial in stock which has been fitted meanwhile - just to know what you have on your wrist w...
login to reply

By: Ross Povey : October 20th, 2012-02:35
fantastic watch Bill. I kind of like them without the Comex logo on the dial - stealthy!! I was recently offered a Pre-Comex 5513, full set which was lovely. I love the Comex coronet and the early ft first matte dials. The taller coronet is the true Maxi ...
login to reply

What's the next step ?

By: Miranda : October 20th, 2012-06:09
The early "prototype" Comex never had Comex on the dial,,,also the valve was made of Iron! Superb catch many congrats to you :) Best Imran
login to reply

You are getting close and closer

By: Bill : October 21st, 2012-21:52
I would love to know how. Are you talking about arresting the oxidation? Please tell me more. Bill
login to reply

for this, you only need a lemon.

I will have to start making my plans