The History of the Rolex Explorer I 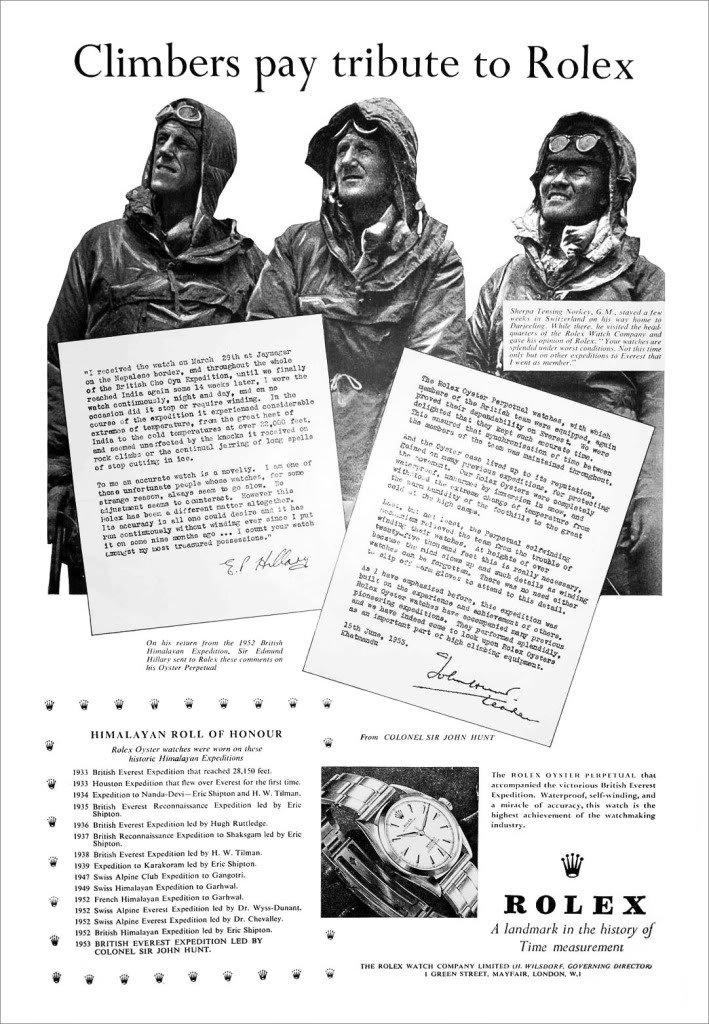 Most people believe that the Explorer I was launched by Rolex for commemorating the Everest expedition and that this watch was with British explorer team consisting of Edmund Hillary and Sherpa Tenzing Norgay etc on 29th, May of 1953, achieving a great task of human being climbing. This story is definitely magic and attractive, but it still has a certain distance to the real fact. Rolex indeed had supported Himalayan expedition since 1933, and later in Everest expeditions, Rolex had been always the official supporters, so Rolex supported each explorer team with its wristwatch. However, Rolex was not the only supporter: it is said that when Edmund Hillary climbed up on the top of Everest, what he wore was a watch from the British supporter Smith. But what Tenzing Norgay wore was indeed an Explorer.

The Explorer was based on the already existing tough and hard wearing bubbleback, which has been modified by Rolex for the more active and adventurous customer. In 1952, the references 6098 and 6150 (both using the A296 movement) were in fact the first prototypes of Explorer to be used by climbers; they were watches with white dials and leaf shaped hands and did not bear the name Explorer yet. 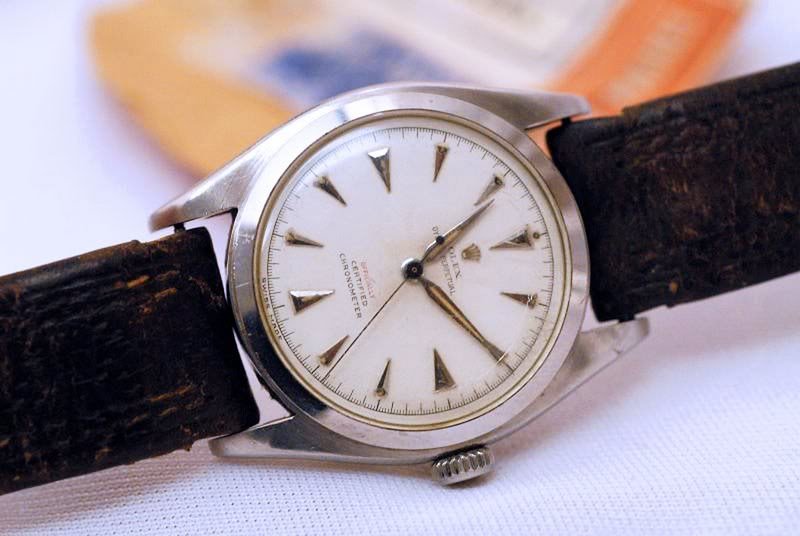 In 1953, these models became the references 6298 and 6350 when they were fitted with the typical Explorer-type 3-6-9 Arabic dial and later with the Mercedes hands. 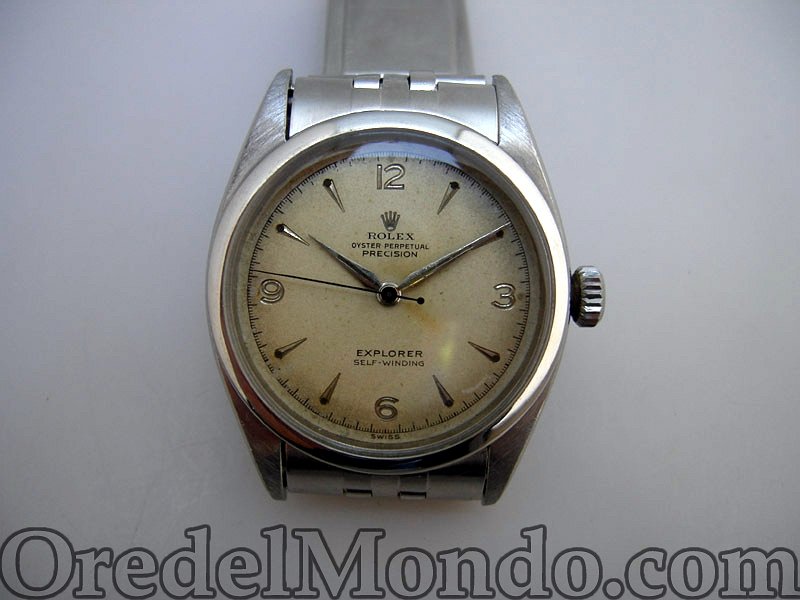 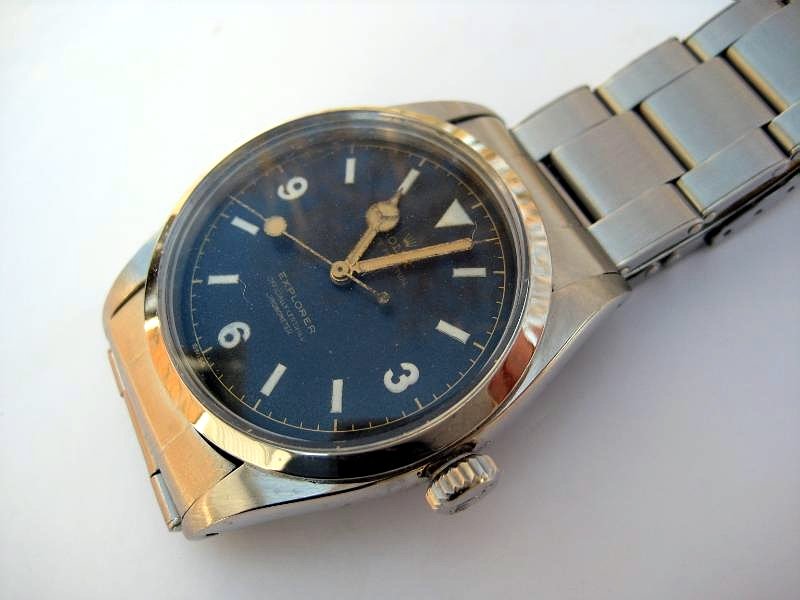 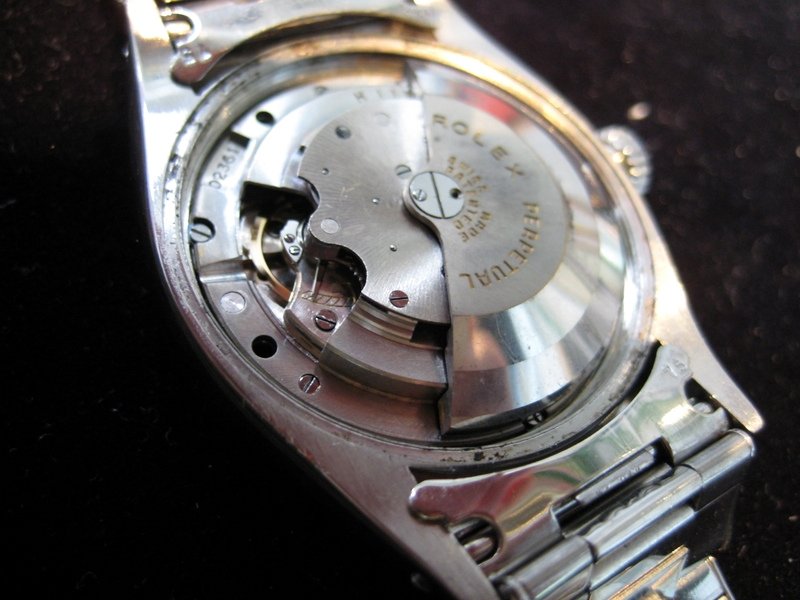 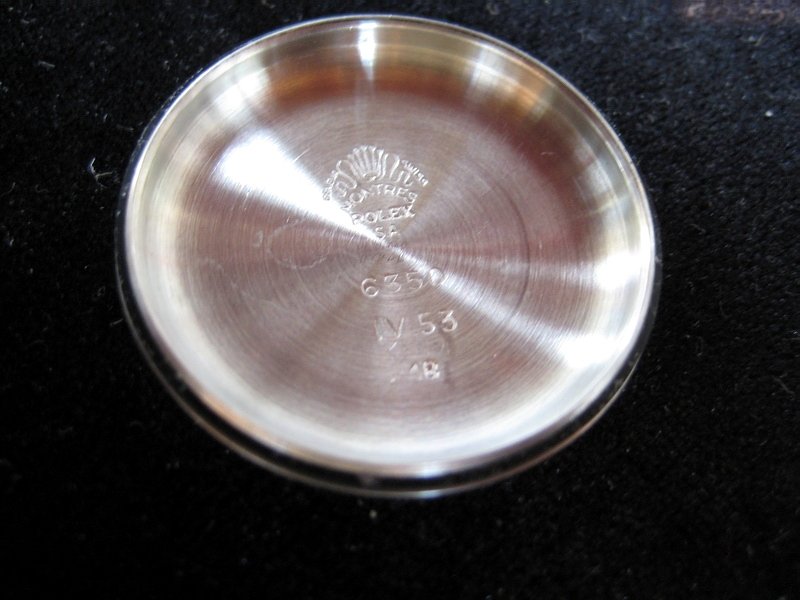 So you can see that before Hillary and Norgay climbed on the top of Everest, Rolex did not name their watches as Explorer. Although Rolex had registered the trade mark of Explorer in Geneva on 26th, Jan of 1953, the Explorer gained its name after Hillary and Norgay climbing up Everest, that is, “Explorer” began to be added on Ref.6350 after the successful climbing of 1953. 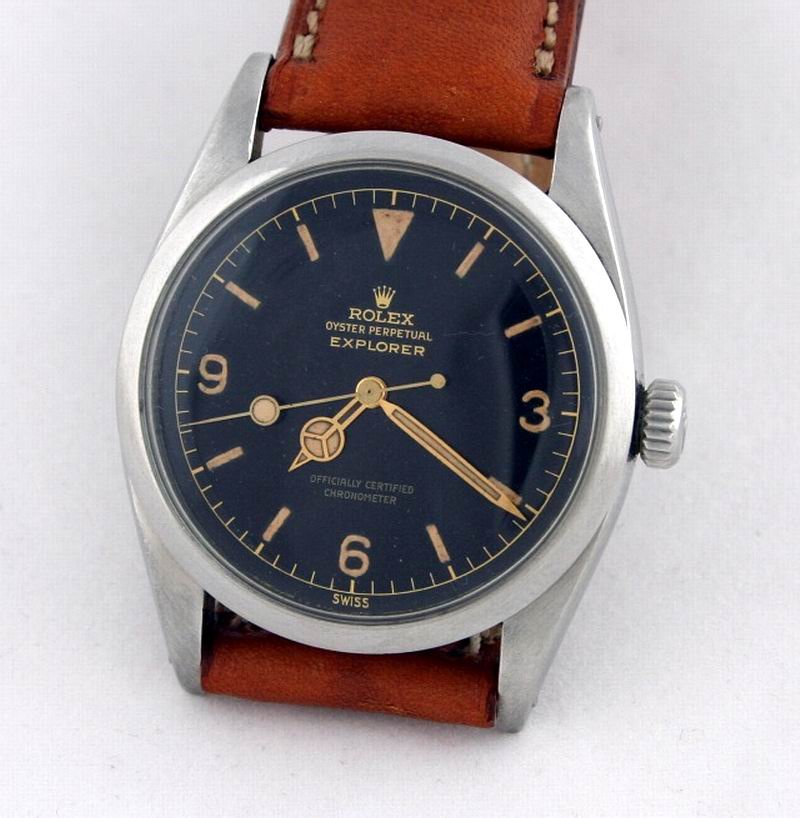 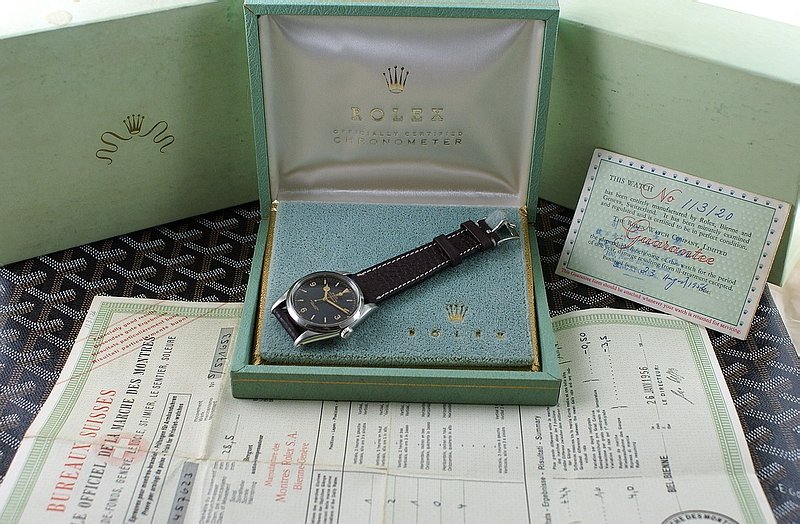 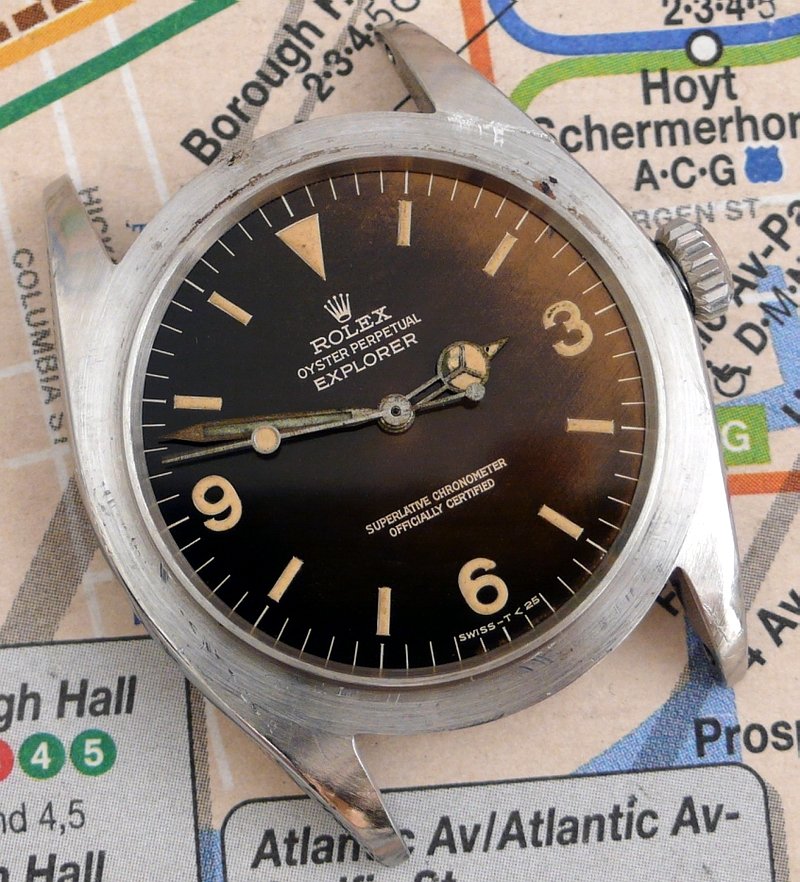 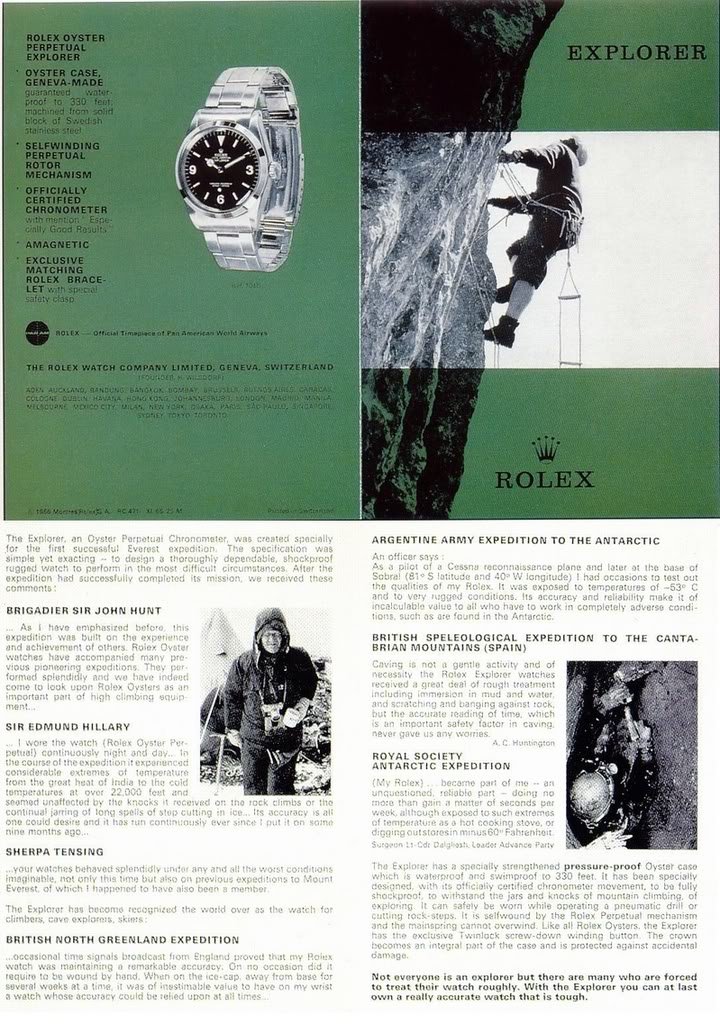 Booklet for the Explorer ref 1016

The Space Dweller is a variation of ref. 1016 that was launched in 1963 to commemorate a visit to Japan of the NASA astronauts. The production run is very small. 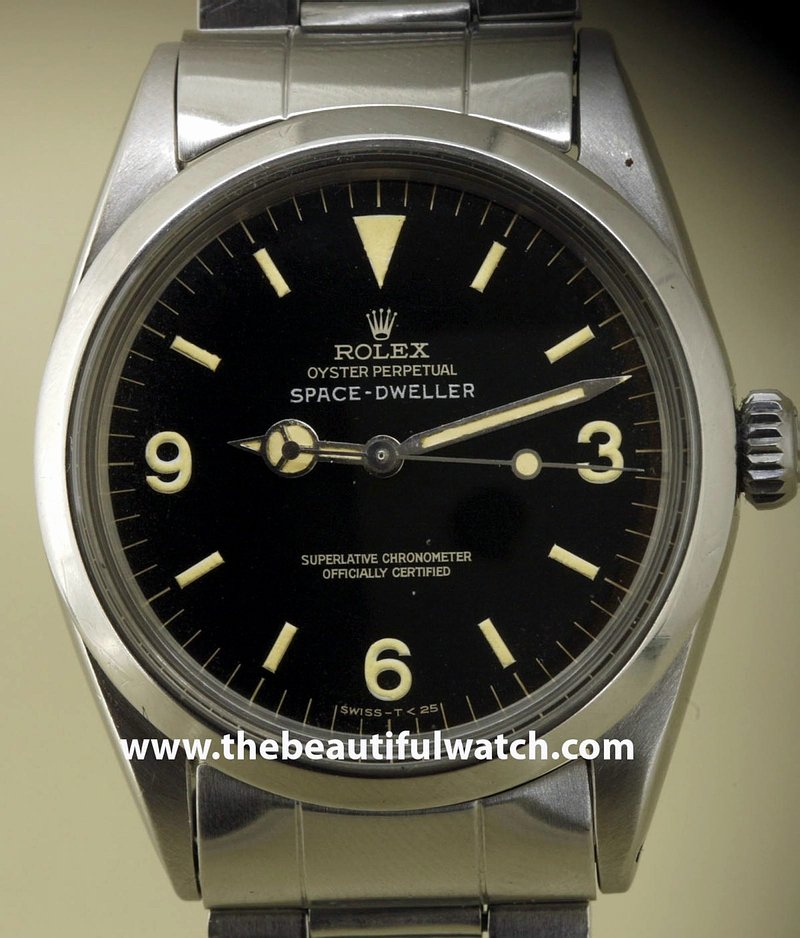 In 1989, Ref. 14270 came to the market with surprise. Apart from remaining the name of Explorer and mercedes hands, the conception of Ref. 14270 was completely different from Ref. 1016: the movement is Cal. 3000 with higher frequency, the crystal is sapphire, the case is designed again and the dial changes quite a lot. Such a change definitely makes the style of 14270 have a feeling of elegance and modern, but the pure sports and explorer style of Ref. 1016 actually made most watch lovers hard to forget. In 2001, the reference 114270 replaced 14270 to use Cal. 3130 and it is still in production. 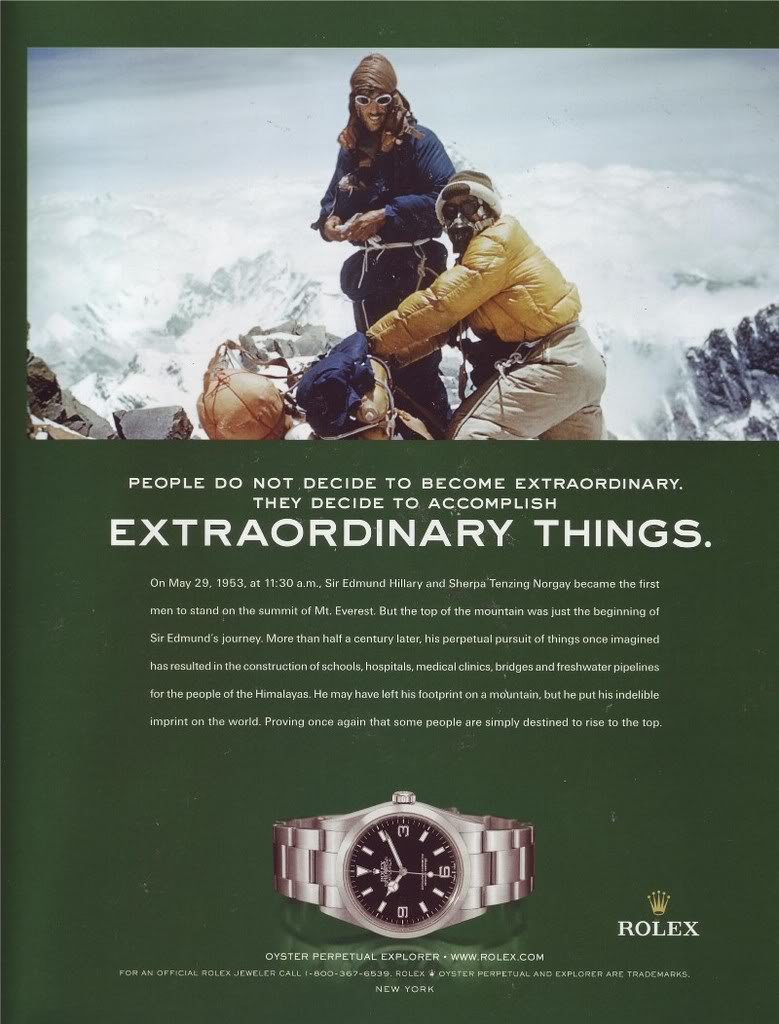 The History of the Rolex Explorer I

By: DrStrong : November 8th, 2021-20:41
1950's Rolex ad for the Explorer (Credit: Jake's Rolex Watch Blog) Most people believe that the Explorer I was launched by Rolex for commemorating the Everest expedition and that this watch was with British explorer team consisting of Edmund Hillary and S...
login to reply

Thanks for the report Jeff

It's an underestimated Rolex with a great history ! [nt]

By: E.J. : October 28th, 2009-14:51
reads lately, Jeff!. Really thanks for this great job made. The Explorers always atracted me... With the time I think I must make the jump on it. Thanks for your lesson! Best Emilio
login to reply

Thanks for the kind words Emilio ! [nt]

By: joeyza : October 28th, 2009-18:05
Thanks Jeff for writing this history. It solidifies the fact that an Explorer is a must have for my modest collection.
login to reply

Yes Joe, the Explorer is really a must have ! [nt]

the beauty of collecting rolexes is part due to its rich history and literature...........

By: a.ler : October 29th, 2009-07:45
available, part due to its superlative attributes, part due to its iconic look that u cannot miss. and the sum of parts is quite a lot of value. thanks for the write-up.
login to reply

By: hans_jorgen_1968 : November 1st, 2009-06:43
but also the fact there doesnt exist any official literature fRom Rolex adds to the mystery, myths and stories. What a great watch Best regards Hans
login to reply

By: relax max! : October 30th, 2009-14:08
I think what is great about the explorer I is that it is one of the very few rolex sport watches that is also a very nice classy (small 36 mm) dress watch too
login to reply

Merci for the journey back in time! [nt]

Thanks so much for this

By: Asimut : October 30th, 2009-22:30
I just let my wife read it, she sports a 1974 1016 and absolutely loves it! I was just about to award my two daughters with two Explorers (they have reached the age where a serious watch is needed) until something more appealing (Rolex, of course) caught ...
login to reply

LOLOLOL, Asi, I did the same with my wife.

That's the danger with these watches...

By: hans_jorgen_1968 : November 1st, 2009-06:50
..though I would prefer to wewr the watch and eventually also drive the car Great picture and have a great Sunday Hans
login to reply

By: hans_jorgen_1968 : November 1st, 2009-06:55
Hi Hary Nice Explorer you have in your collection. Do you nave more pictures of this great watch to share with us Best regards Hans
login to reply

One day, you should take my whole collection in pic, my friend

Great article. Thanks very much!

By: J_Warden : November 2nd, 2009-06:24
I haven't removed my Explorer since I purchased it last month. Great watch. Jeff
login to reply

By: nilomis : November 11th, 2009-06:30
Sir, Wonderful report. Your text and pictures, for sure, offered a new life to my (modern) Explorer I. Cheers, Nilo
login to reply

Arctic oil. Wow. Surprisingly, they don't say what is the exact reference of this first Explorer.