By: jrwong23 (aka watchthebin) : May 23rd, 2016-05:19
The chronograph is my favorite complication by far. The measurement of time elapsed, the complexities behind their construction, especially the manual winding, traditional, horizontal coupling chronographs of the old days.... The beauty behind their architecture and for the haute horology brands, the artisanal hand finishing displayed on the plates, the screws, gears etc.

Here is a picture of the movement shots of my 3 chronographs. 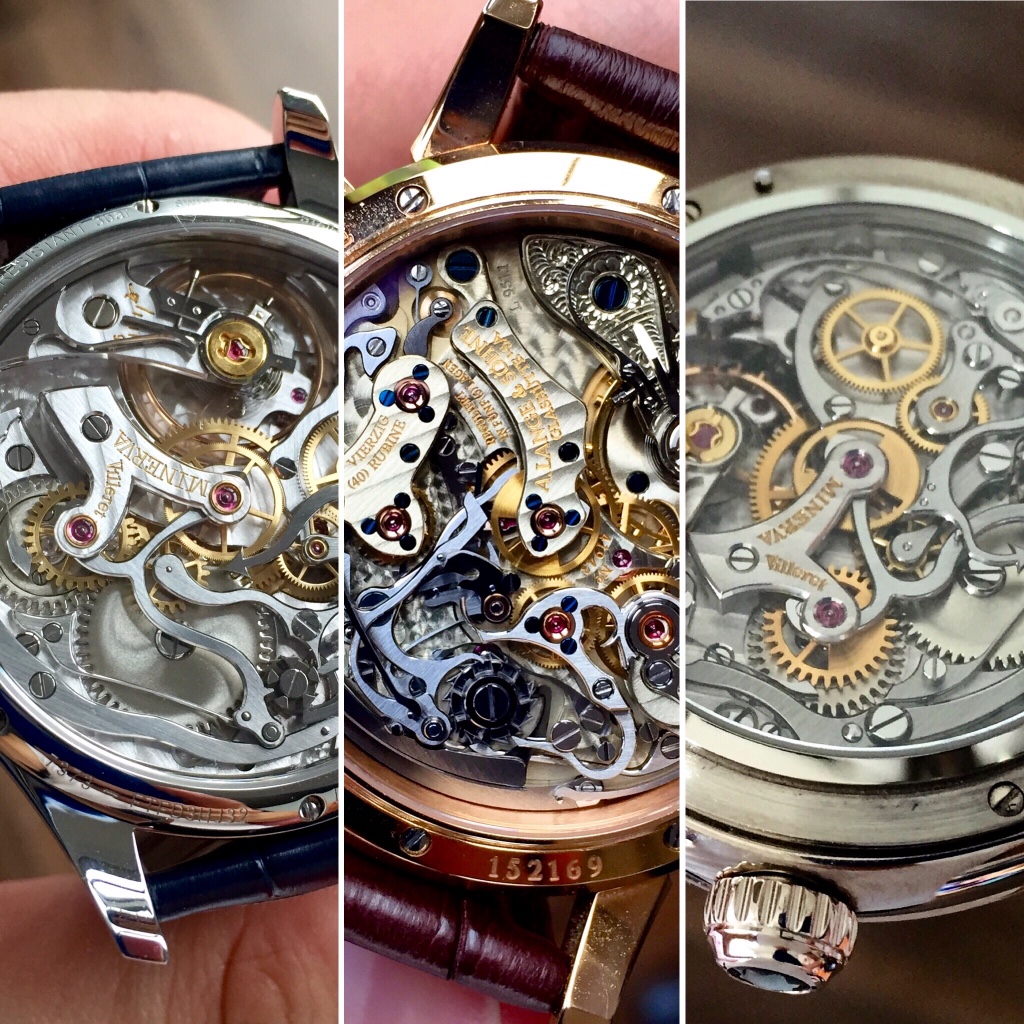 All 3 chronograph movements have movement places crafted in German silver - but the Lange has untreated German silver whereas the Villerets have Rhodium plated German silver. All 3 are highly finished by hand and generous with gold chatons and with beautiful bridges. 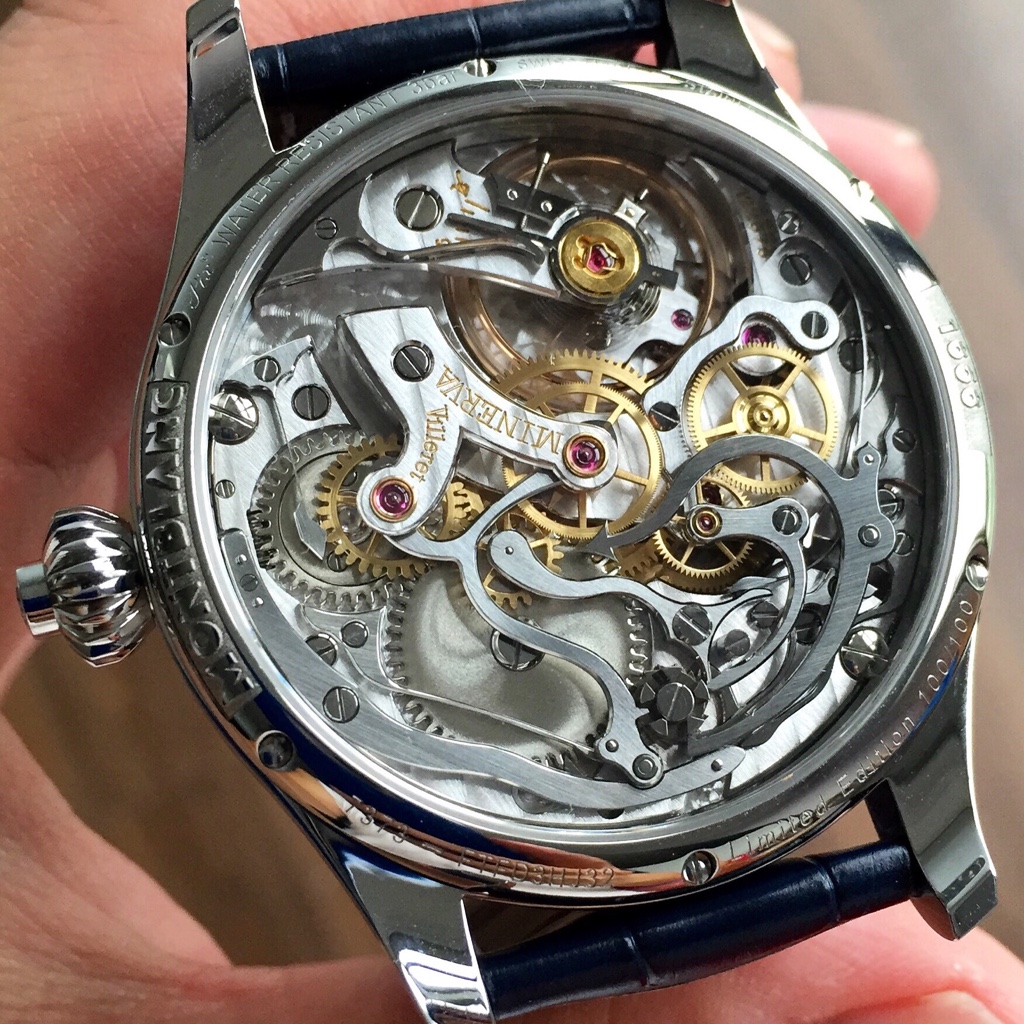 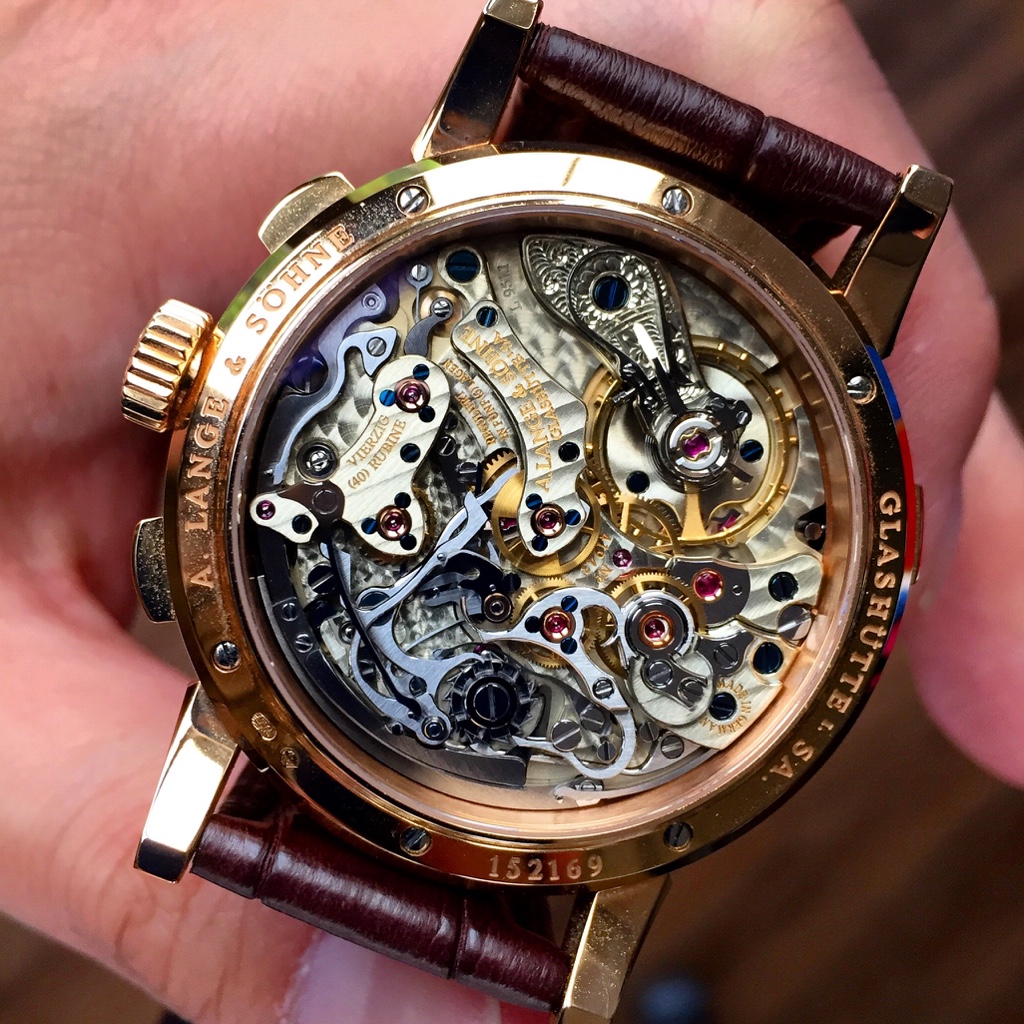 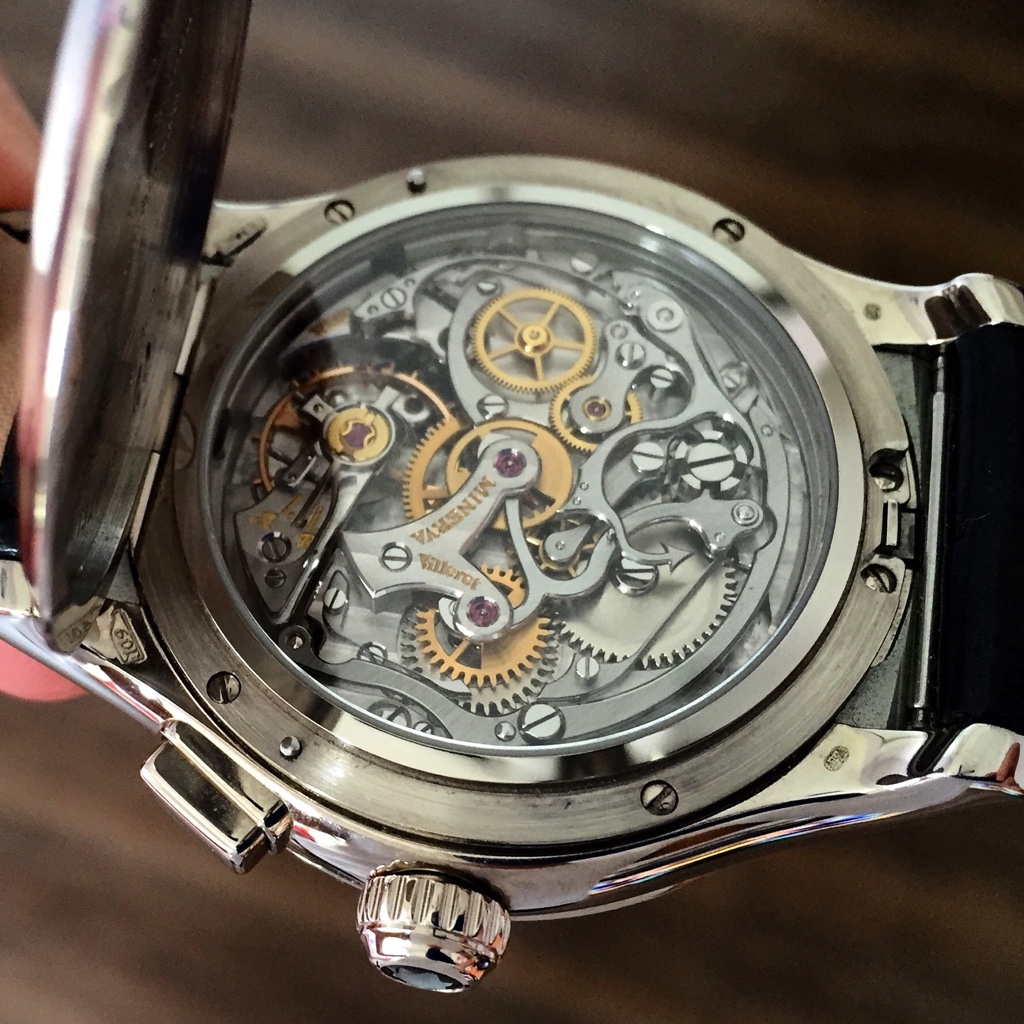 Anyone else want to share their movement shots of their high end chronographs? I would love to see the JLC Duometre chronograph, the Lemania based chronos from RD, VC, PP, other Lange Datographs or Double Split, other Minervas or Montblanc Villerets, new in house chronos from VC or Patek, etc

Looking forward to seeing more nicely finished manual chronograph pics here. I think you can understand why I am crazy about chronographs 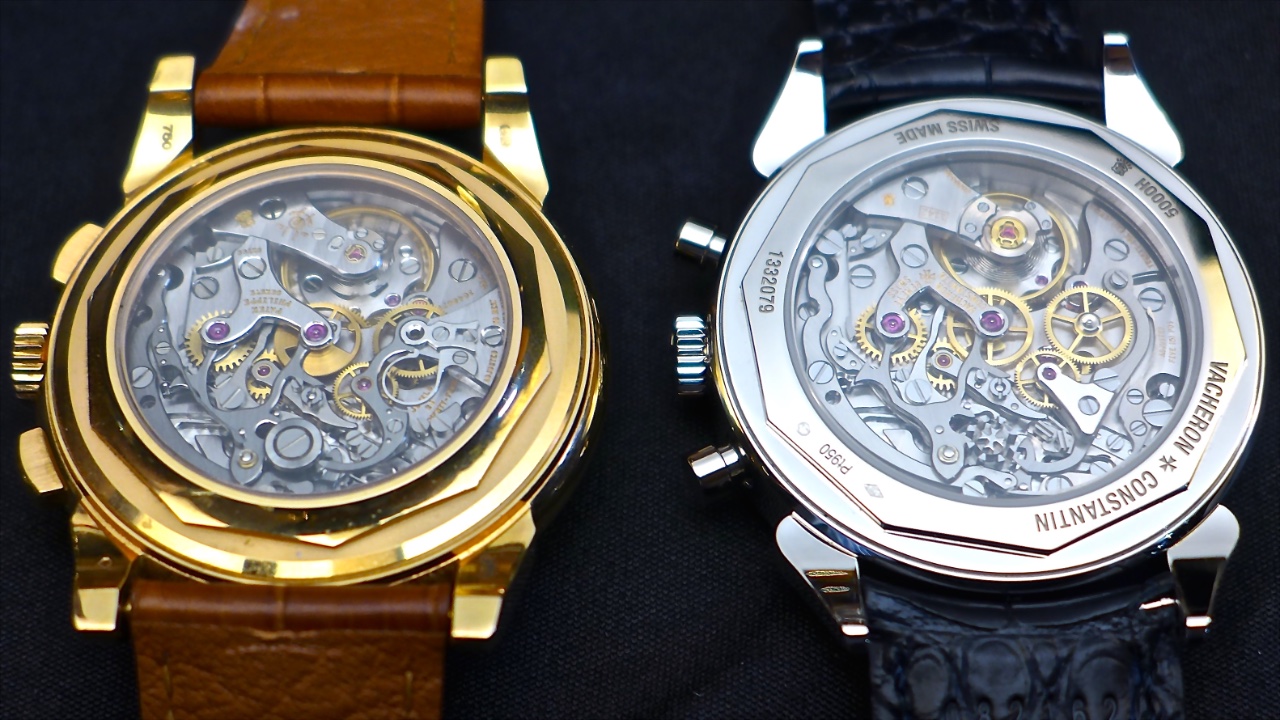 Thank you for sharing. I don't own either of this yet I can admire their beauty from your pic

By: amanico : May 23rd, 2016-10:56
The Lange Double Split as well, but certainly not the Patek and the VC, which are clearly a step below, in terms of decoration and or originality.
Oooh yes, I well understand your madness for this kind of chronographs, my friend.
The artistic dimension of these movements is obvious.
And the Minervas fly very high!
Best,
Nicolas
login to reply

By: jrwong23 (aka watchthebin) : May 23rd, 2016-19:48
But i will still put the VCs and PPs here if I place the Minervas here. Even as the MB moderator, I must be fair to say that the MB Villeret calibres 16.29 and 13.21 (Minerva calibres) whilst beautifully finished, are not high on innovation too.

The JLC Duometre chronograph is tops in terms of innovation for sure!

The Duometer's is impressive in terms of light reflection from the upper bridges but this hides the lower level of finish of the other parts (you can have a look at my answer to Robin's post a little below for details about why I concluded that way). This is a clever way to decorate but when studying deeper it is not as good as the Lange/Patek/VC trio.

Of course I don't take the price point into consideration (the Duometer is great in the ratio about what you get).

To Nicolas' point, perhaps not all at the same level.  Still most are quite nice. 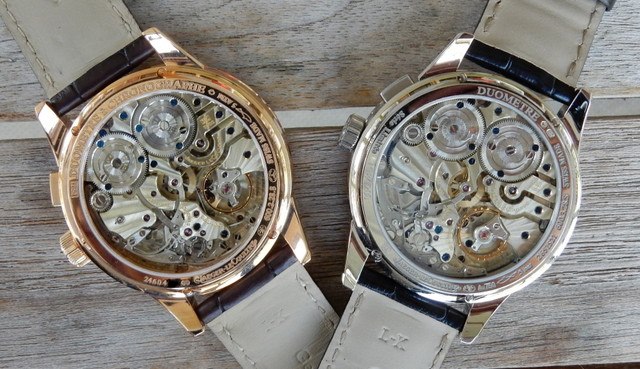 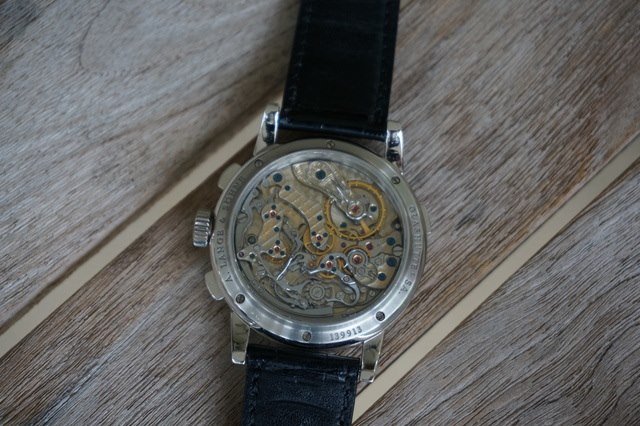 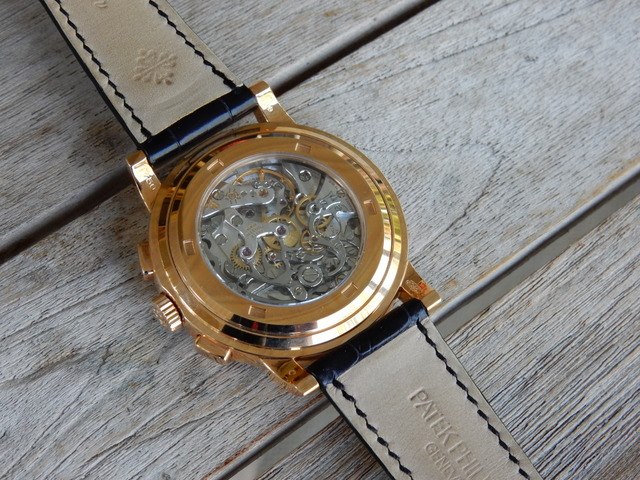 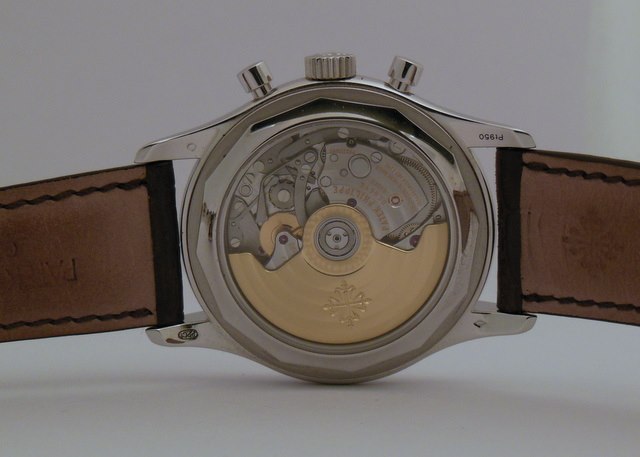 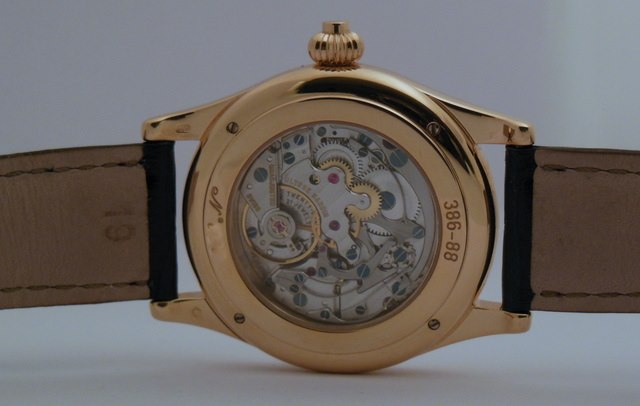 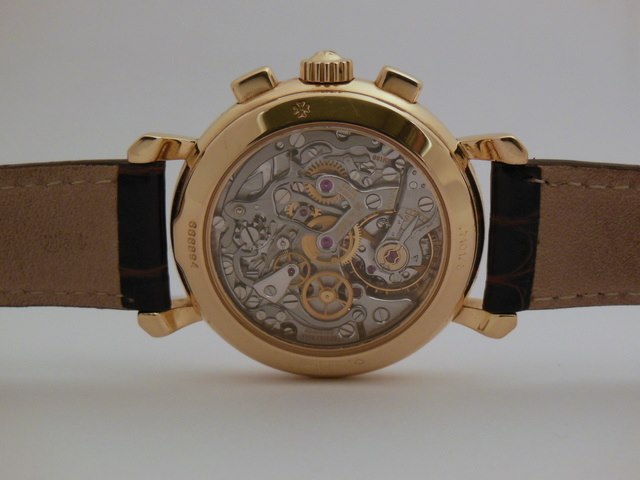 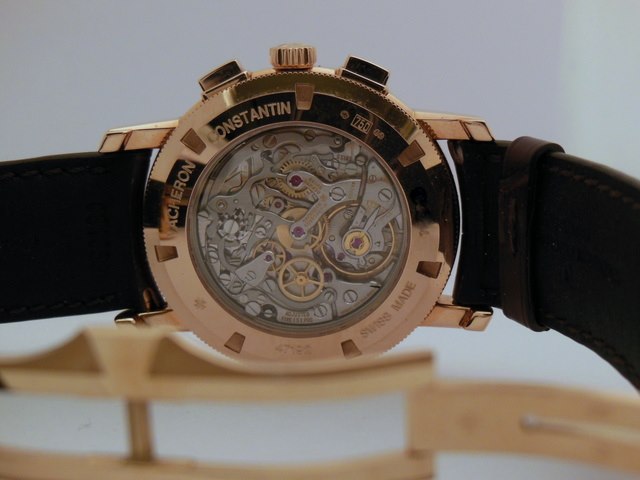 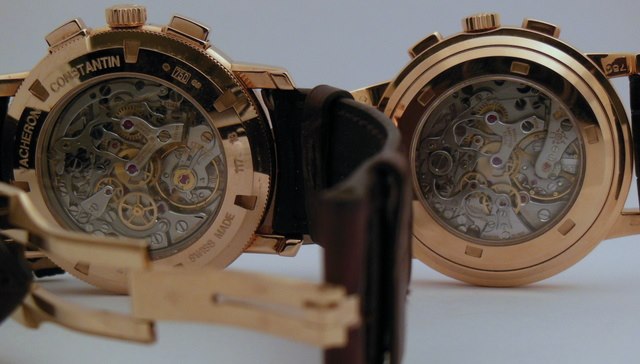 I will take some years to get there. Your pics inspire me a lot!

Thank you for sharing 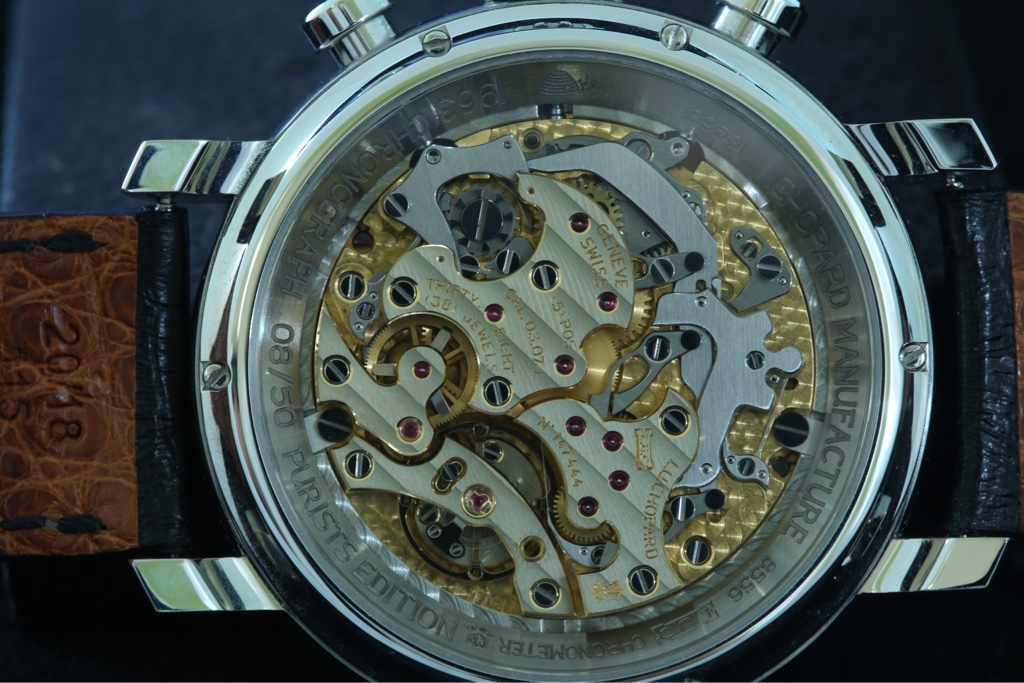 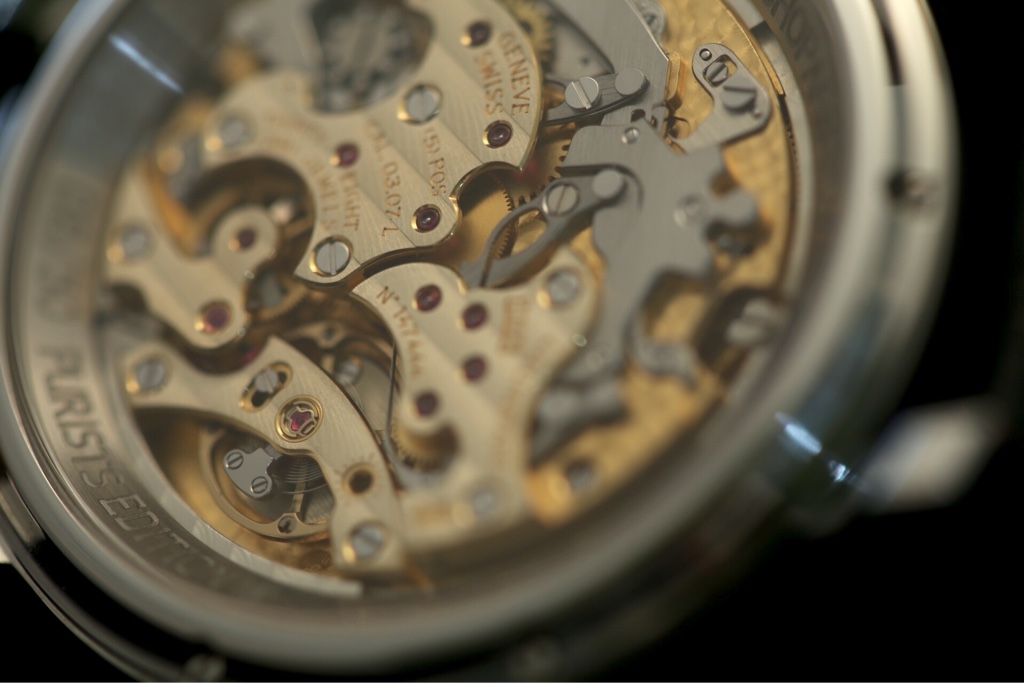 Thanks for sharing these pics Jed!

By: wisPete : May 23rd, 2016-14:20
Just the coolest thing ever - it's there because.....well because the watchmakers are able to pull it off!
Dufour's horns + Villeret tail would be  quite a site together in one movement=)
login to reply

By: Mark in Paris : May 23rd, 2016-15:23
After a long while comparing manual-wound chrono movements (this is something I'm willing to get as well so I've been very closely studying this field, among traditional brands), the Patek 29-535 is one of the most interesting, not only for the finishing but especially also for the evolutions it has bring it terms of setting and technical adjustments (and the new clever patented improvements). I find that some movements are often based on the same design as the Lemania (like the VC, very nice looking imho but not that impressive technically), without significant improvements, so I appreciate when technical aspects are made technically better than before and a brand doesn't take care of finishing only.

Your selection of chronographs is great and there are not many who can come that close. You made a very fine choice.

A shot I took myself of a Patek 5271P (I should have made a croped picture to show the quality of the finishing but it is also visible further below): 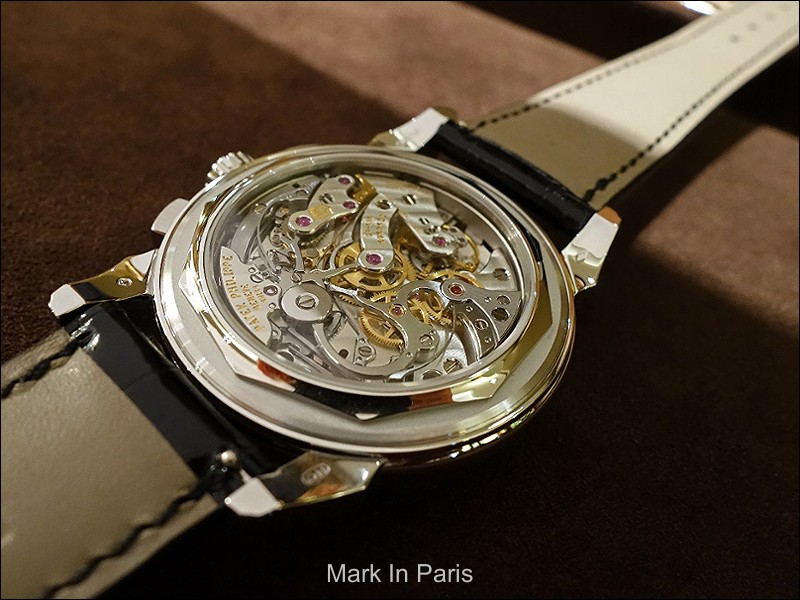 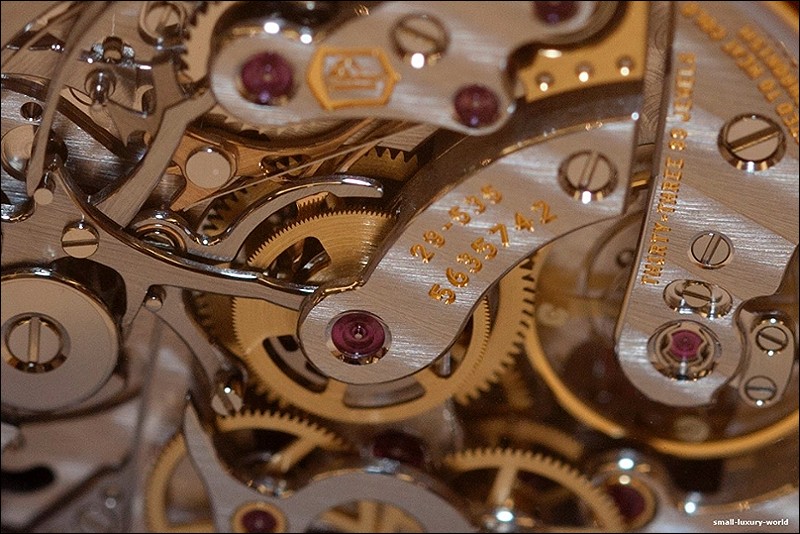 And the same other beautiful pictures showing the beauty and very high decoration and finishing applied by Patek: 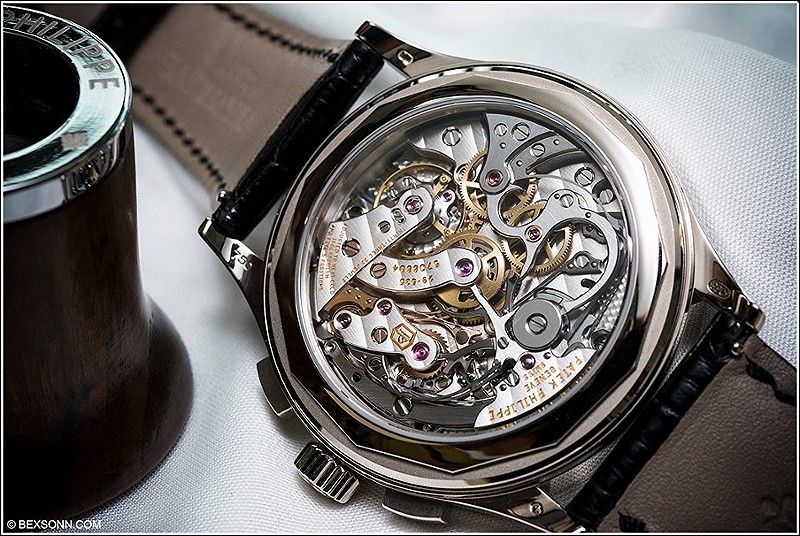 And this one from the same movement (I don't remember hwo to credit, sorry): 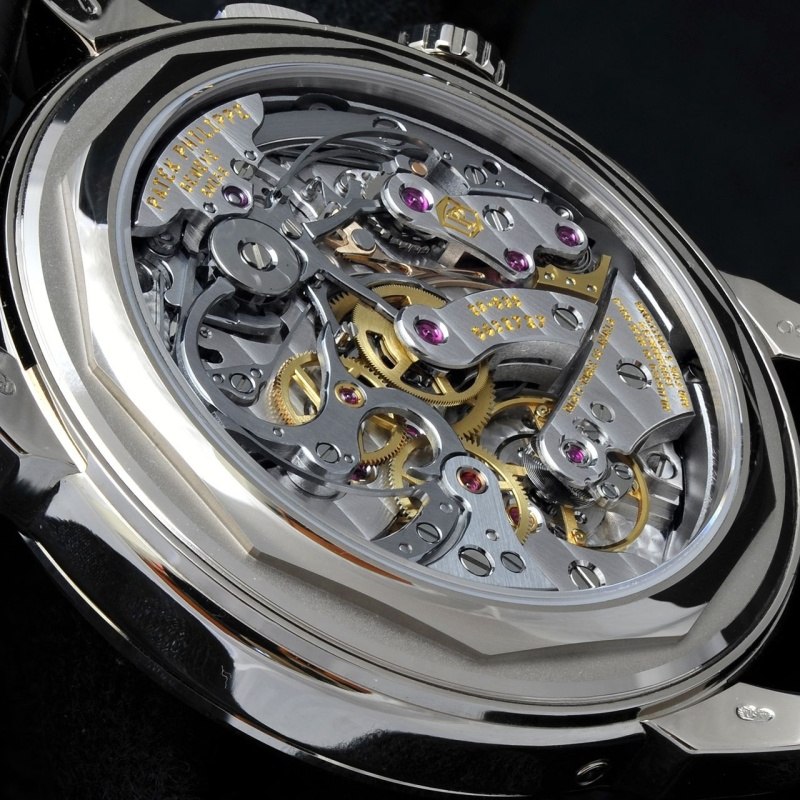 The cherry on the cake, the 29-535 version with Rattrapante used in the 5204 reference that I could study too but kept no pictures myslef: 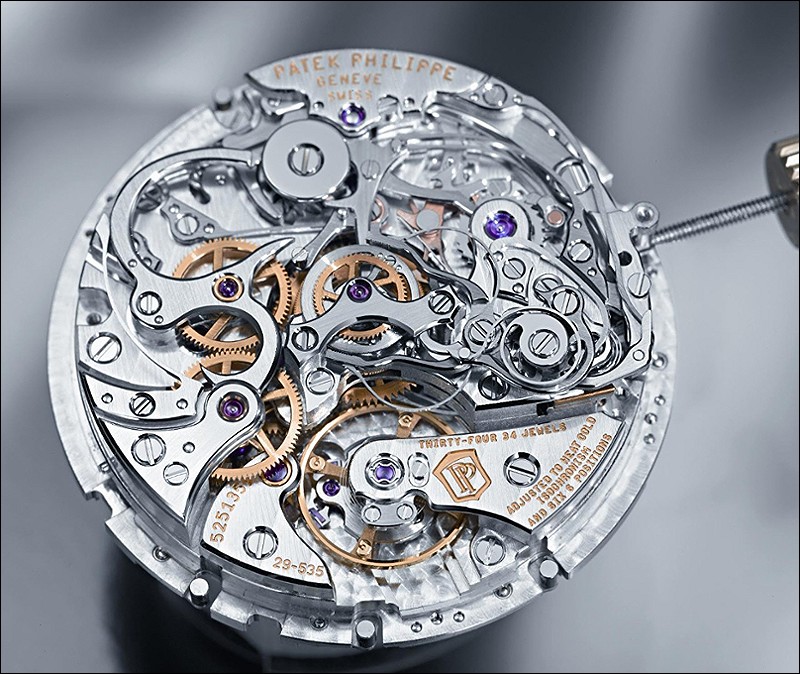 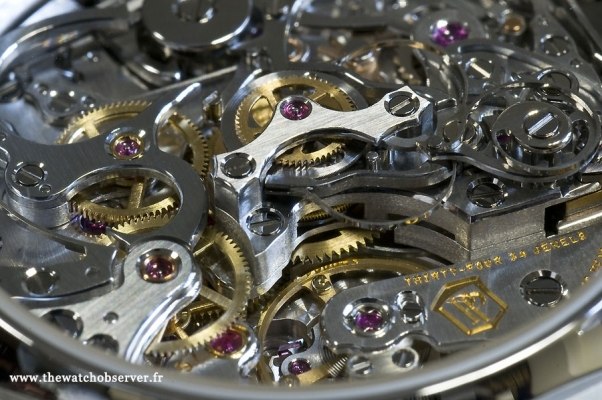 This is a another level of finishing the brand brings forward compared to the 324 or the already very nice 240.

The new VC is nice as well, in a simpler layout but I like it decoration too (though less impressive than a Patek or Lange). I didn't take time to learn about its technical aspects yet but, from a comparision with the 1141, it is vey very close in terms of design: 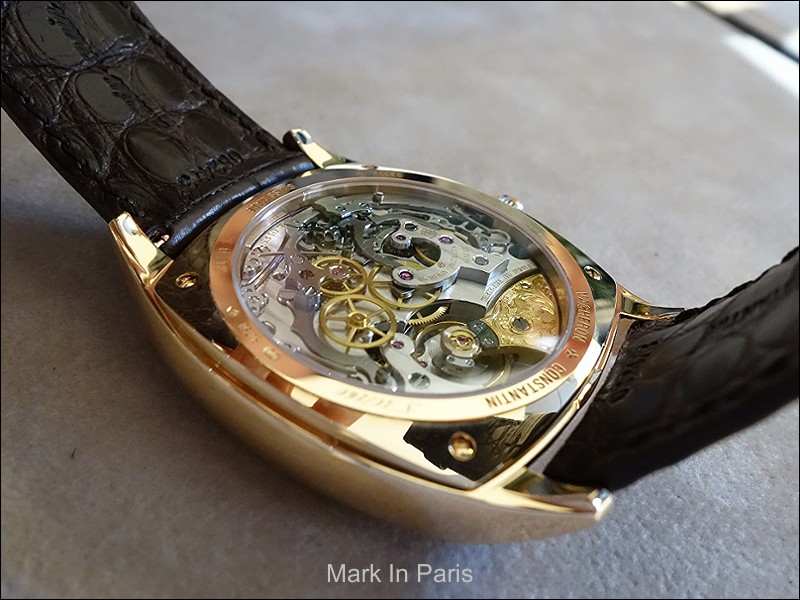 For instance, on a lower level, I like the Duometer too but this is not in the same league really, not as highly finished as the Lange/Minerva/Patek ones. Especially when you come through the first bridges (straight lines and half circles only, easier to deal with after the machining automation), the parts a little bellow are much less interesting (see the cams at the bottom of the picture etc... quite basic compared to the very high end work). Of course, if we take the price into account this is a good result. But compared to the others it remains a little below. 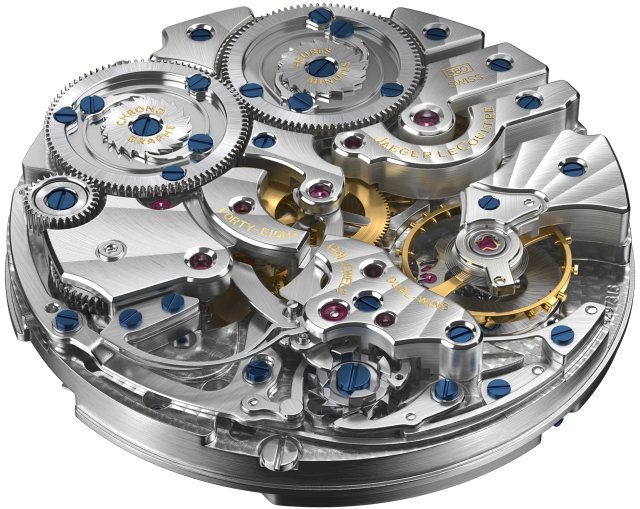 Interesting point on the Duometre. I didn't realize the difference. Will try to see with a loupe next time in the JLC boutique

By: Mark in Paris : May 24th, 2016-04:18
It is also about the difficulty to finish stright edges versus curved ones. Also when the curves are not regular or when they are so.

This is still a question of details but I imagine when coming to these extent it is important as well as it is much more difficult to deal with orientation changing curves versus a perfect line.

By: Mark in Paris : May 24th, 2016-05:21
I was just mentionning the finishing and chamferring of the cams etc in the movements. But I don't wish to compare which is best or not as they are all great chrono representatives (and the Duometre is in a different style as less "opened"). I was just bouncing on the fact you see the PP or VC mush below in terms of finsihing.

By: TheMadDruid : May 23rd, 2016-15:48
I have to agree with some of the above (read "Nico"): the Montblancs are absolutely a step above the Lemanias of PP and VC. I would still hold out for the Lange as "best in show" (are you shocked?). And the Duometre is quite a lovely piece as well.
login to reply

By: MichaelC : May 23rd, 2016-17:57
Strictly from a beauty standpoint, the Dato is about impossible to beat.
You must stare at these quite frequently!
login to reply