A visit at the Ikepod pop-up store in Paris

Antoine de Macedo, owner of a famous Boutique in Paris and AD of several brands like Breguet or Girard-Perregaux had an interesting idea. He created a place, a gallery (the "G Lerie") in front of his shop to use this place to organize events, exhibitions related to the theme of Time. Ikepod is the first brand which takes advantage of this gallery with a pop-up store which will close at the end of the month of July. I decided to visit it a few days ago to have a look at the current offer from Ikepod. I was not expecting a lot of surprises because I attended their presentation at Geneva last year and that I saw them again this year in Basel. But the idea was also to see how they organized the presentation at the gallery and to discover the latest versions of the Hourglass. 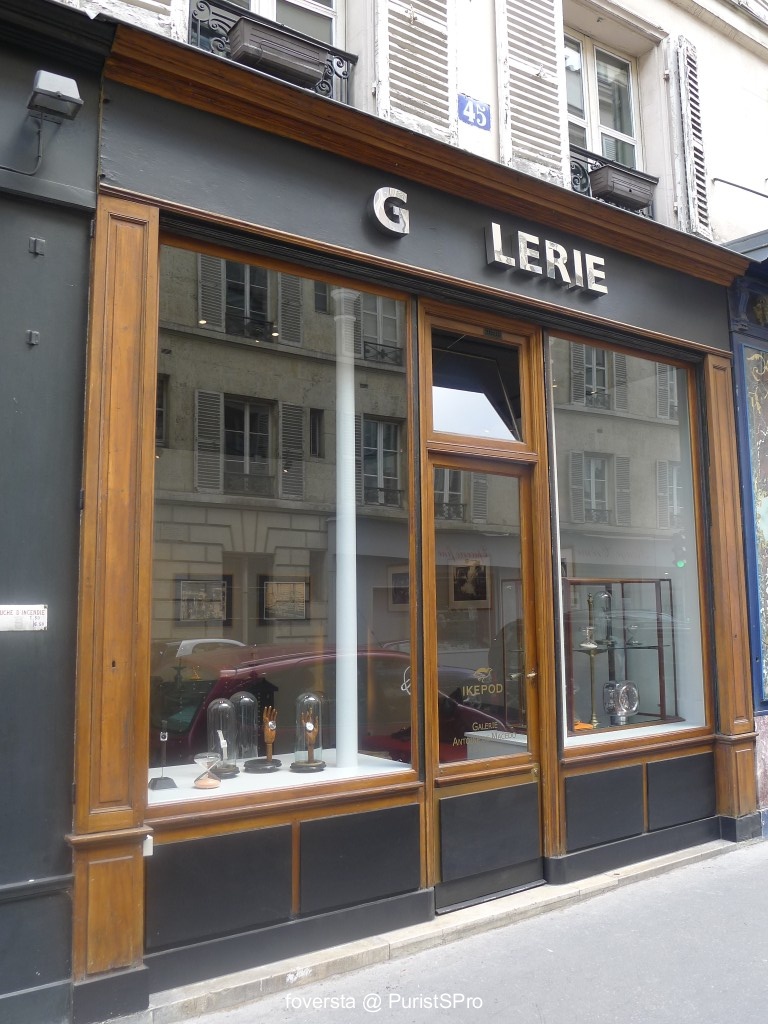 The Embryo, the famous armchair by Marc Newson: 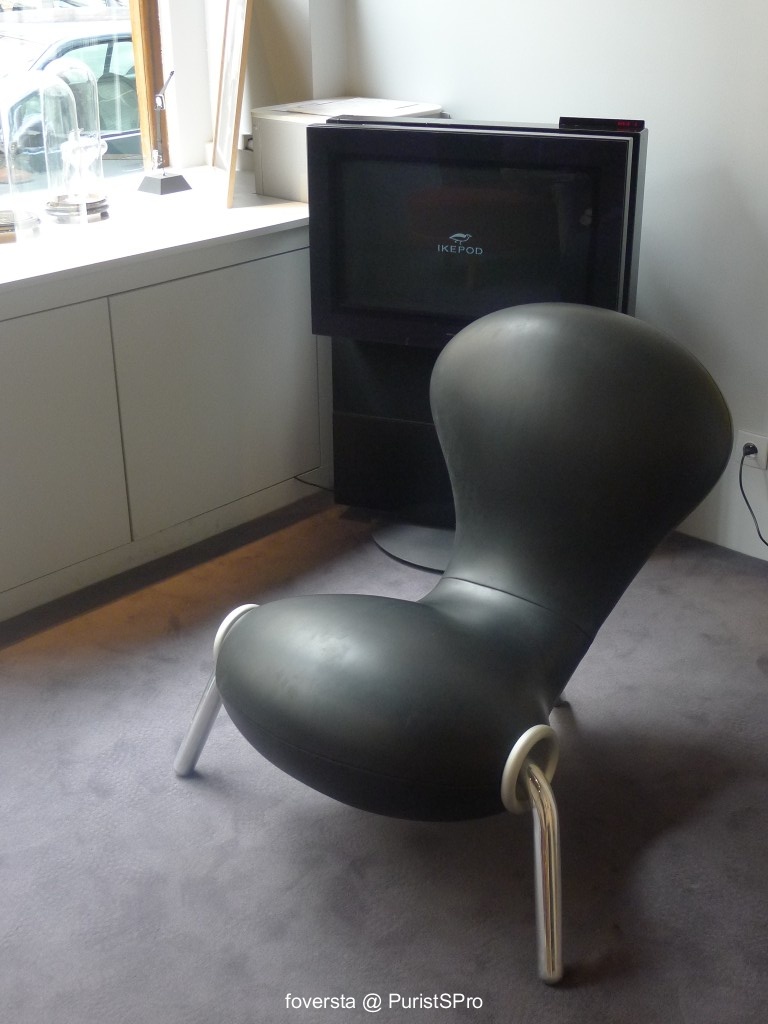 Before browsing the collection, it is important to explain the new strategy from Ikepod, very different from the one of the previous period. We can remember that it was not successful due to maybe a wrong message sent to the market and above all, a high rate of failures. The first Ikepod watches were more often at the service than on the wrists of their owners.

The two pilars of the new strategy are:

- the ambition of Ikepod is not to be considered as a brand of the haute-horology segment, is not to bring innovative or new calibers: Ikepod is mainly focussed on design to attract clients from the contemporary art world. Ikepod doesn't produce only watches but also any object linked to the concept of flow of time: the Hourglass is totally coherent with this ambition being a Time Instrument.

- an increase of the quality: the production process has been revised and the watches are produced in low quantity with a better control.

In fact, the client now must have the feeling to buy a true designer object (and from one of the most famous, Marc Newson) and not a timepiece with an original design. It is not exactly the same. 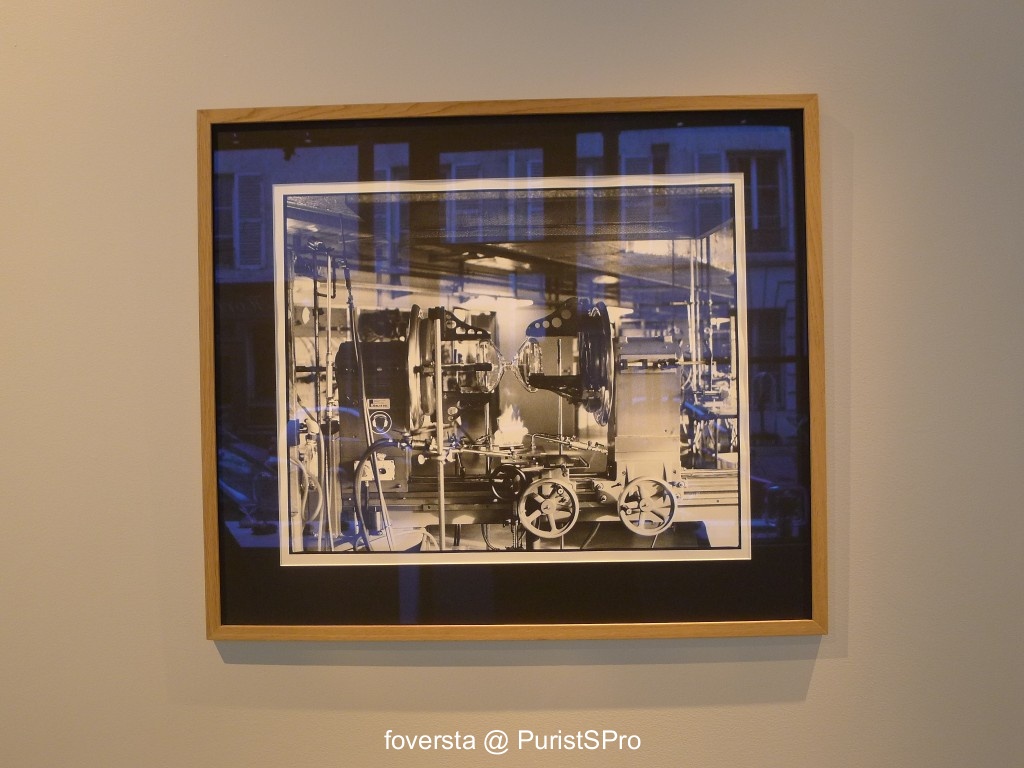 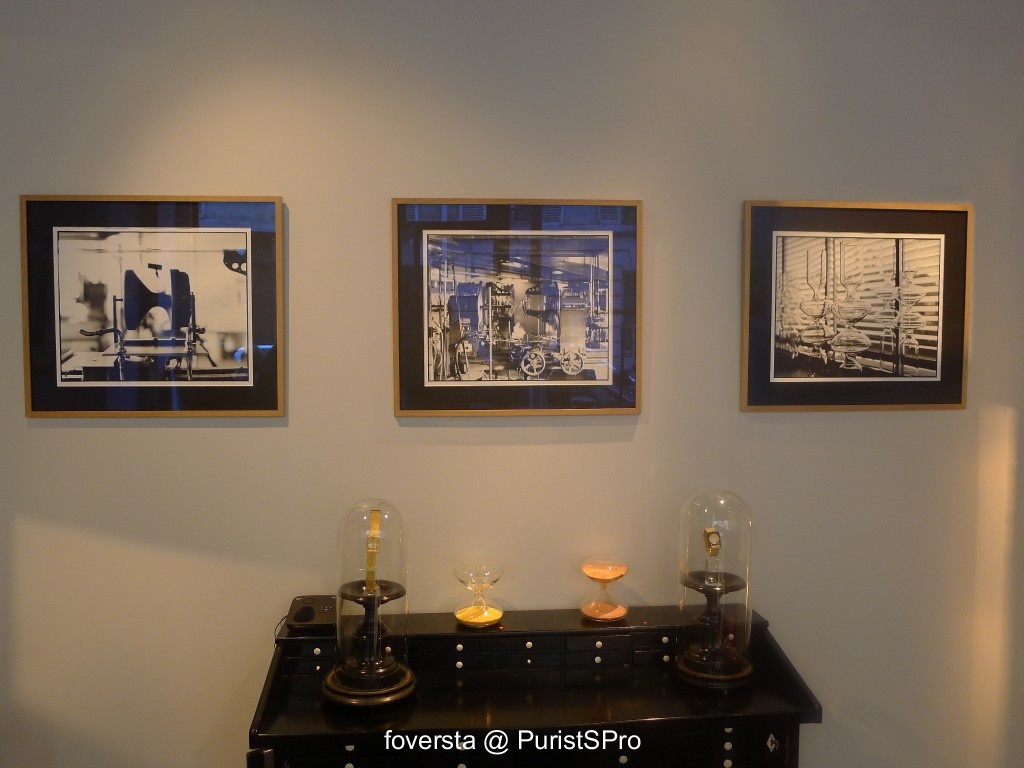 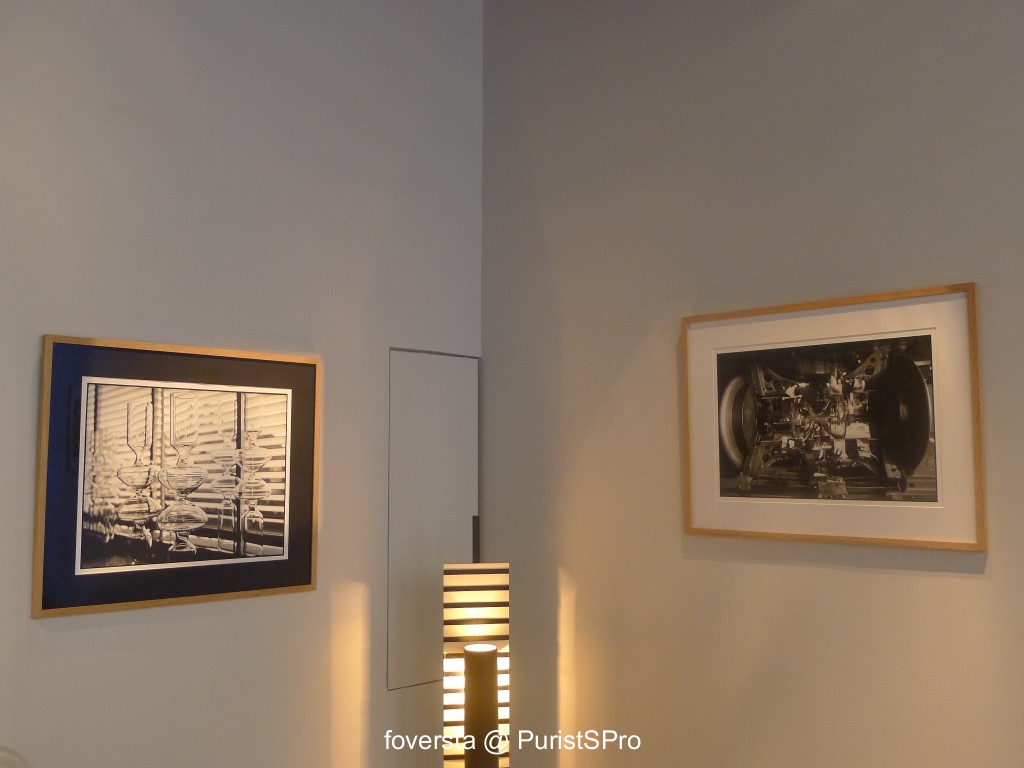 Obviously, we can't miss the different Hourglasses. They are really the point of interest: the pictures on the wall describe various steps of the creation process of these Hourglasses and they are displayed on all the corners of the store.

Two sizes are available. The big size weighs around 10 kilos and the tiny stainless-steel balls flow during one hour. They have a nickel or a black nickel coating. This is really an impressive object. Its curves are very sensual and despite its big size and its weight, we like to handle it, to stroke it. 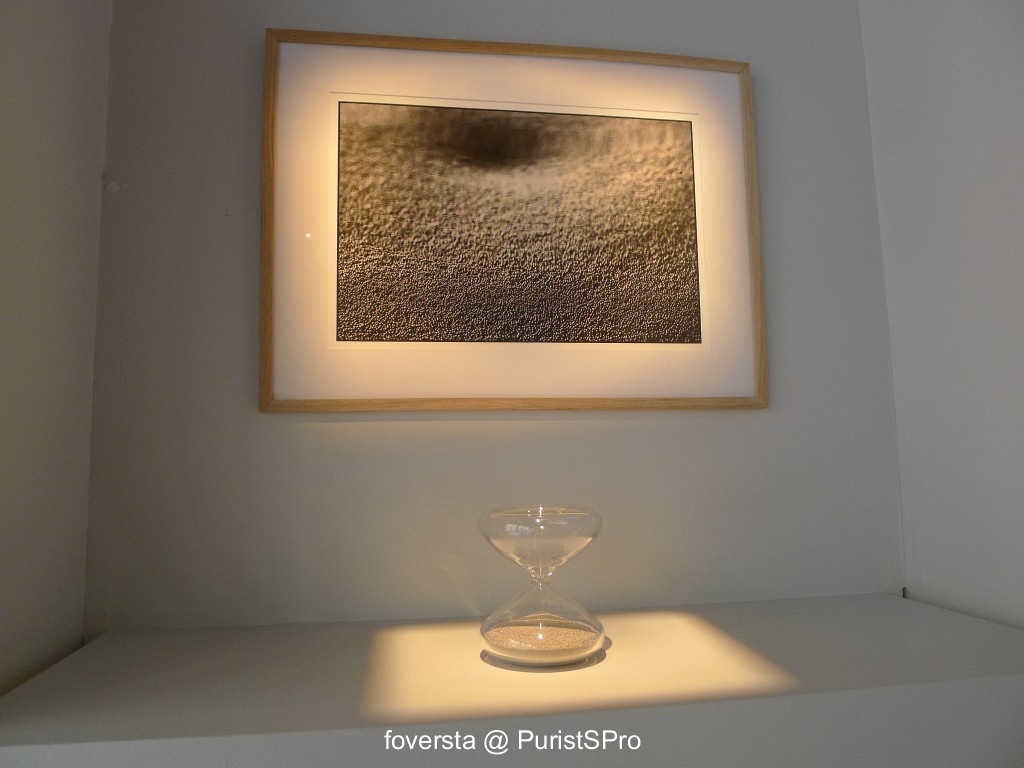 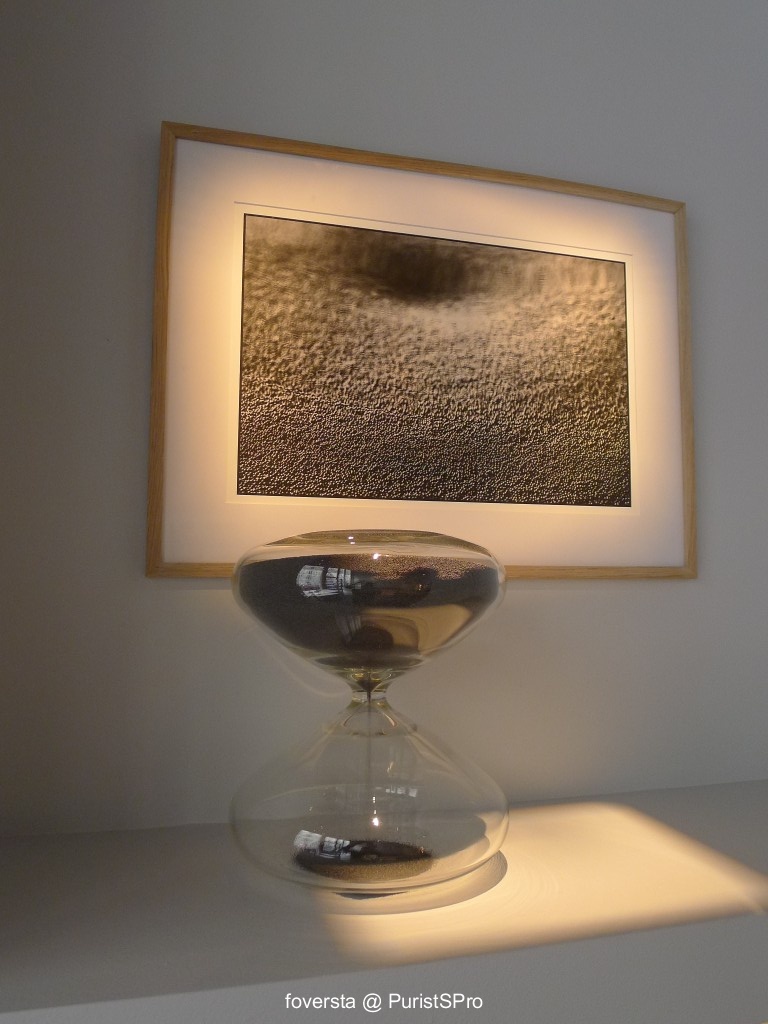 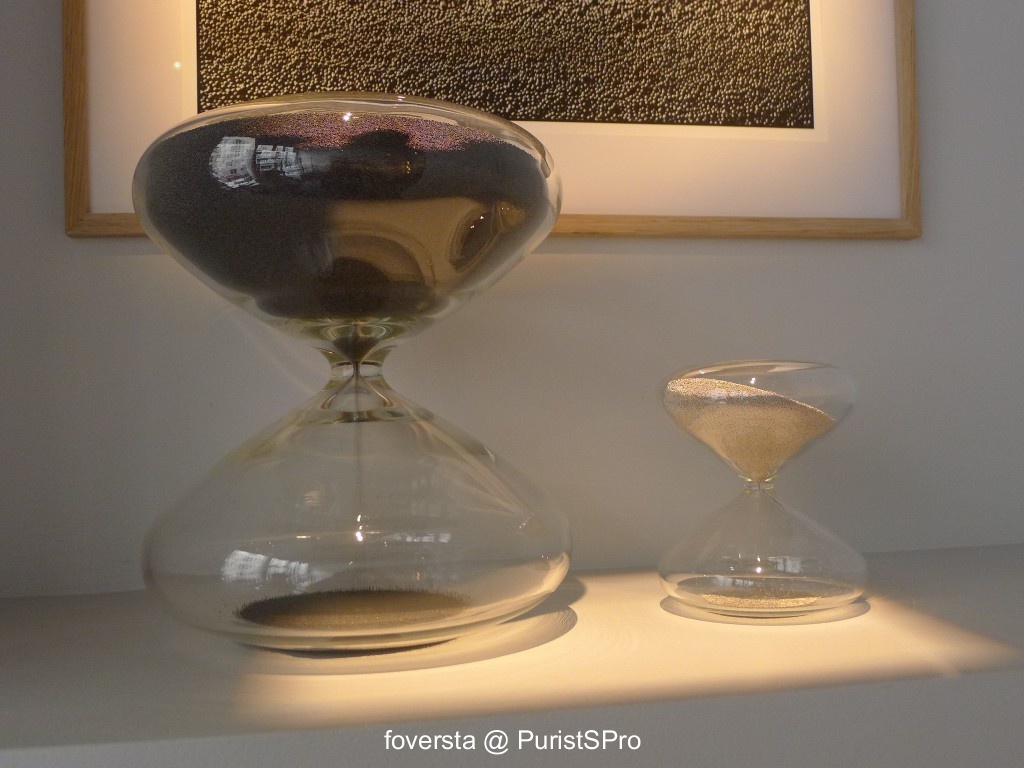 I don't have the same feeling with the small one. It is obviously much lighter (1,5 kg) and the balls flow during 10 minutes. The interest of this version is different: Marc Newson played with the colours of the balls to create some nice visual effects. In addition of the two nickel coatings, yellow gold and copper ones are also available.

The small Hourglass is a nice object but it doesn't have the magic emanating from the big one. 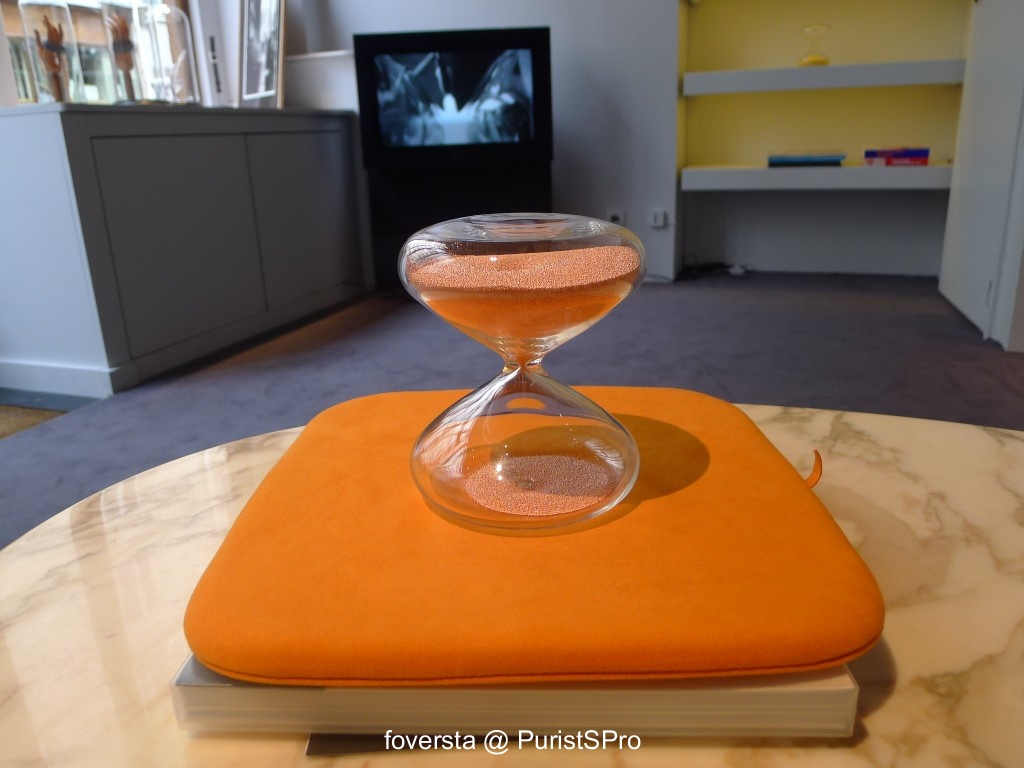 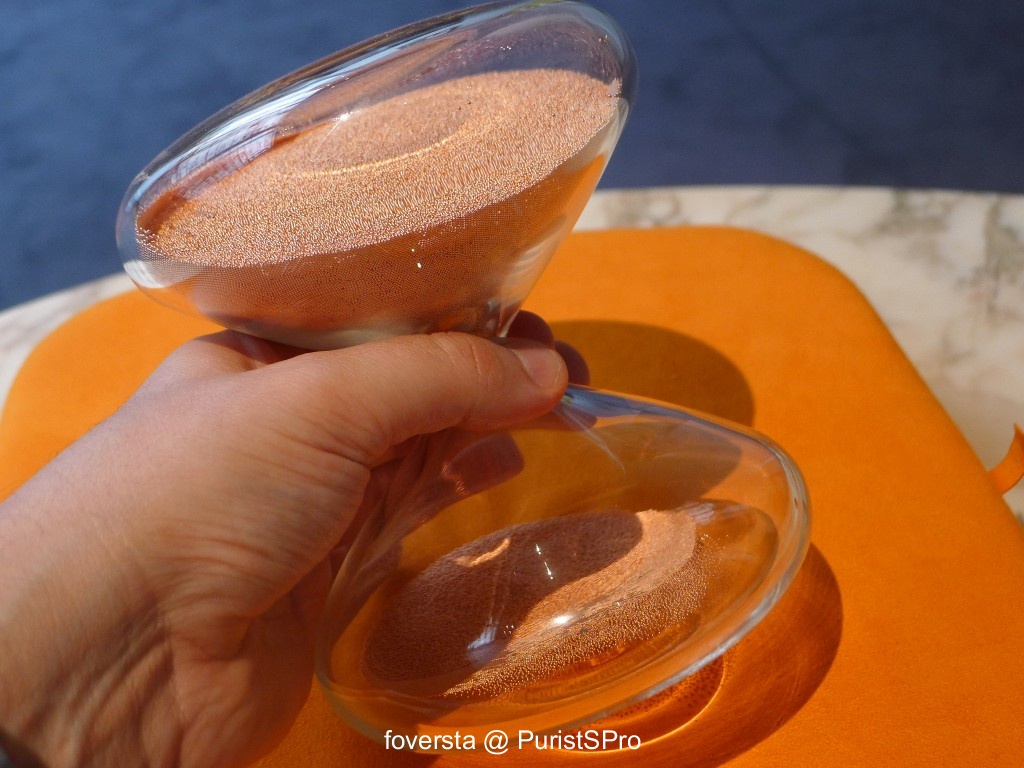 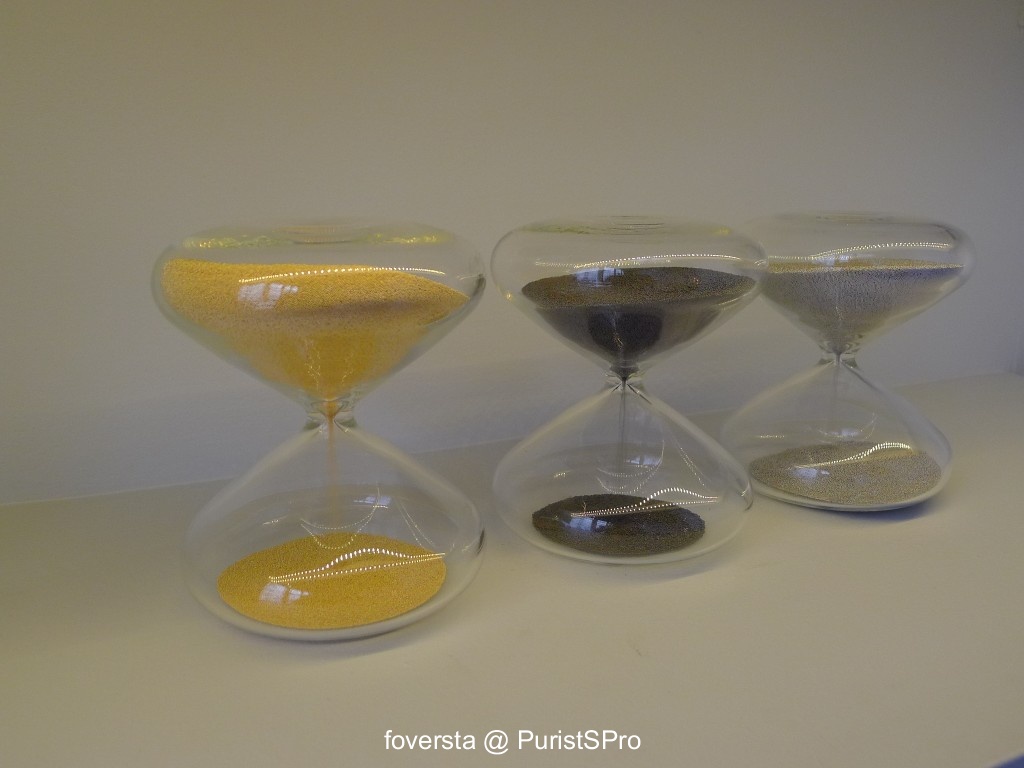 Even if it was an Ikepod exhibition, an object from another brand was displayed. And we understand why when we see the Jaeger-Lecoultre Atmos 561: this Atmos was designed by Marc Newson. There is something similar with the Hourglass: the care of details of the curves, of the shape of the clockcase. When these two objects are put side by side, they obviously have a part of their DNA which is common... the most fascinating idea is to realize that the Atmos uses a very complex mecanism with complications like the Perpetual Calendar and that the Hourglass finds its roots in the VIIth century. 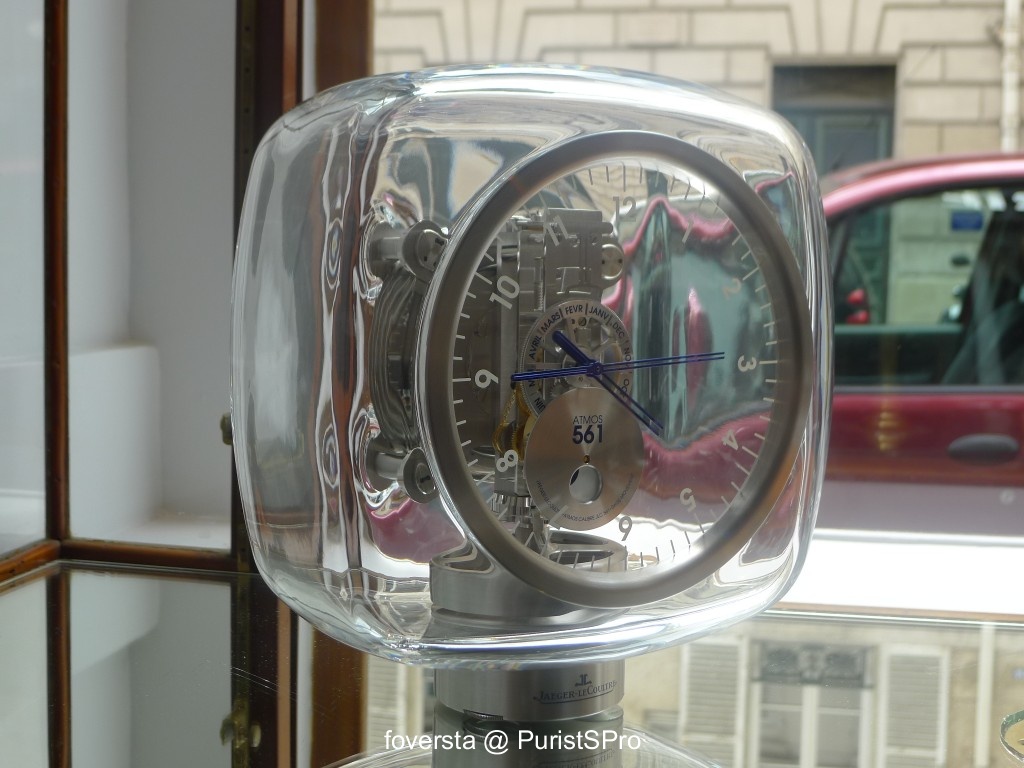 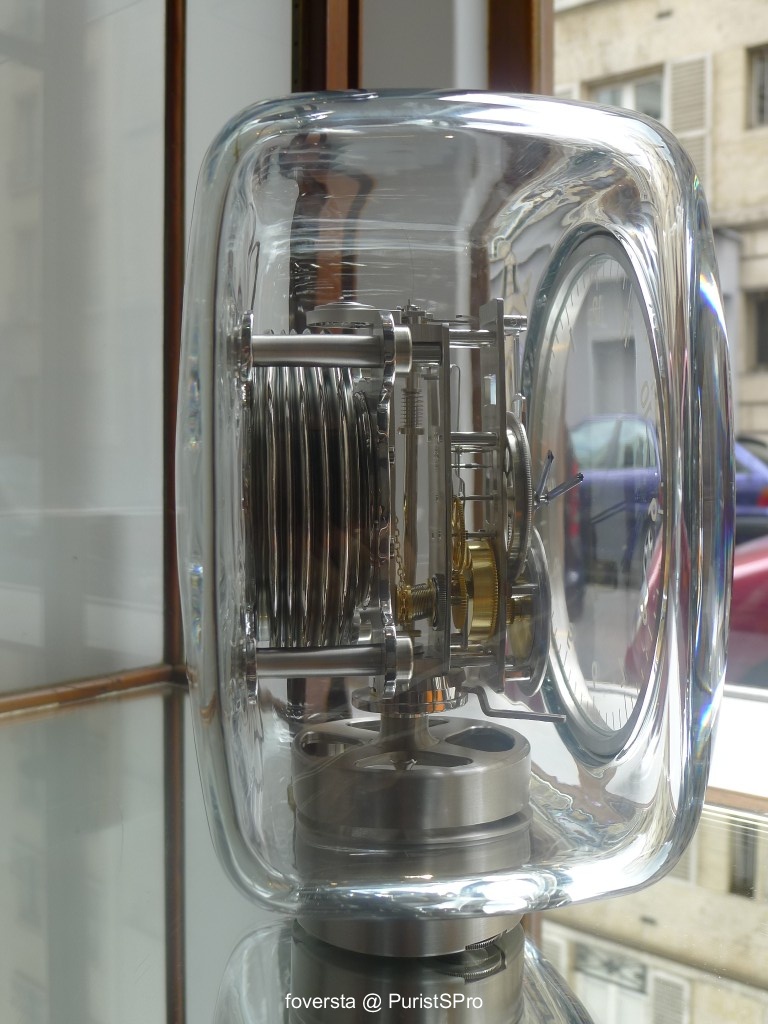 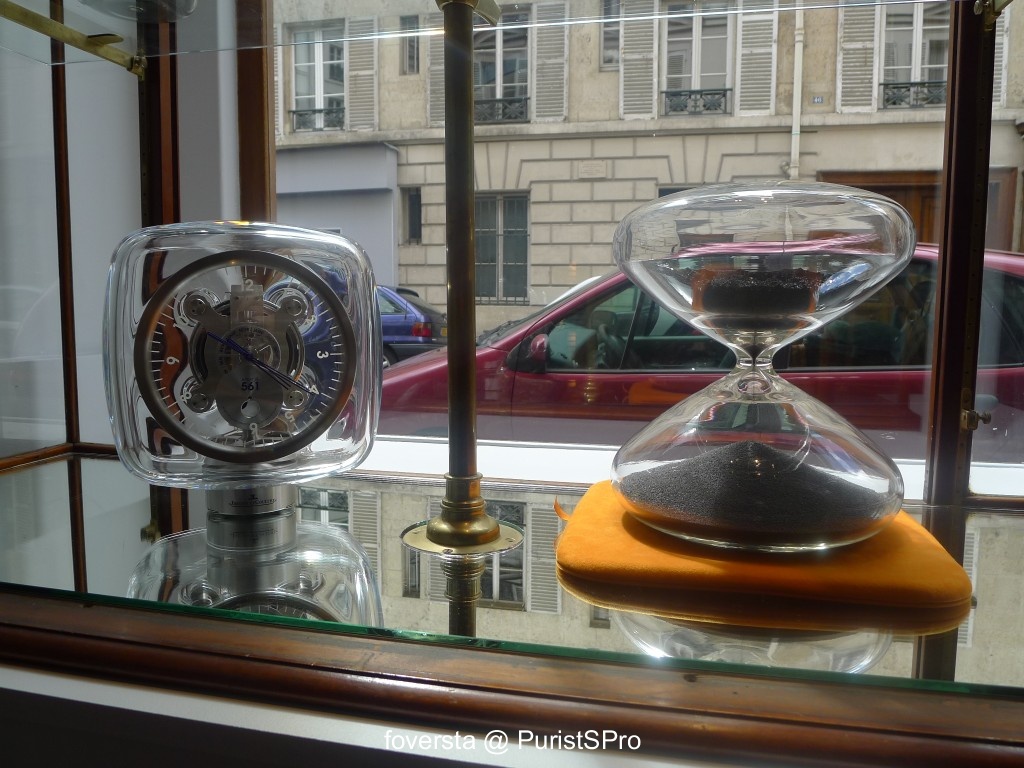 Let's have a look at the wristwatches now.

The Solaris is  a reversible quartz watch which looks like a domino. To be honest with you, the Solaris is my fav Ikepod wristwatch: I like the idea to wear two watches at the same time. Don't expect here a different complication on the opposite side but you will appreciate a change of colour. My fav versions are the ones which use the Ceramic cases. 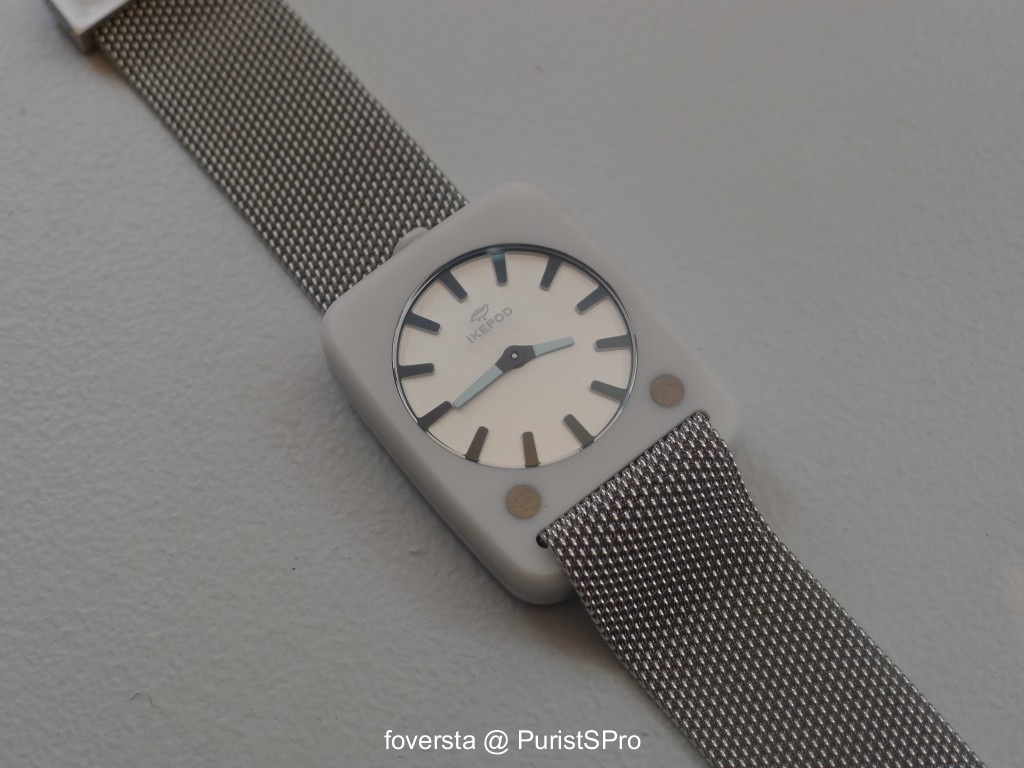 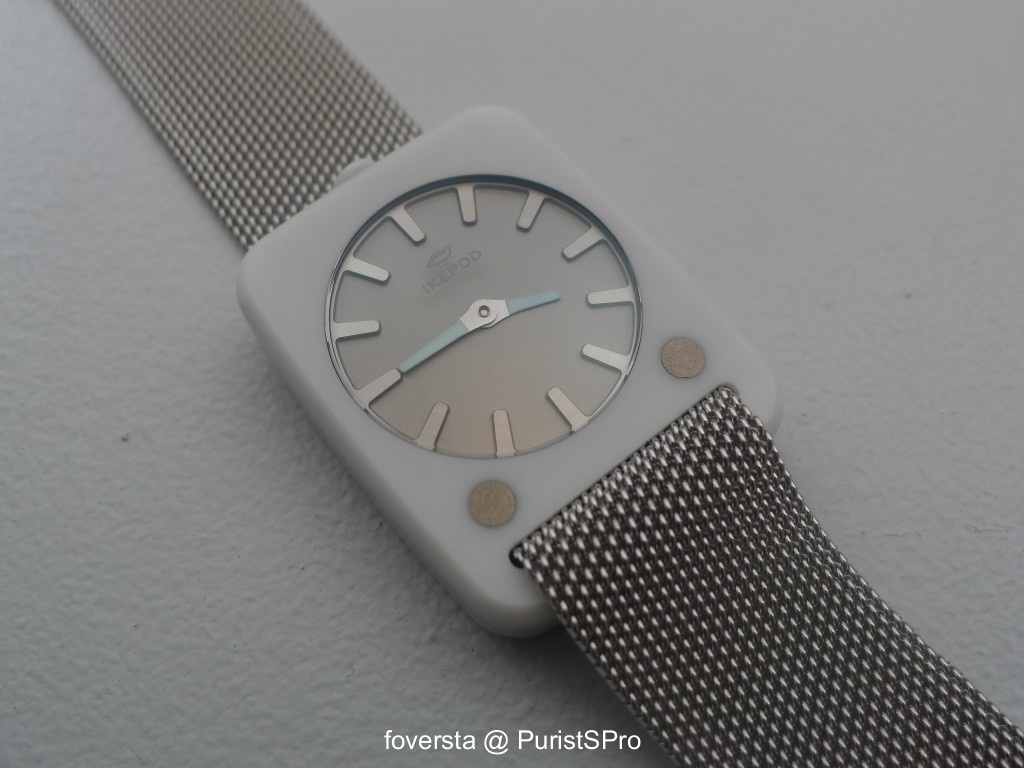 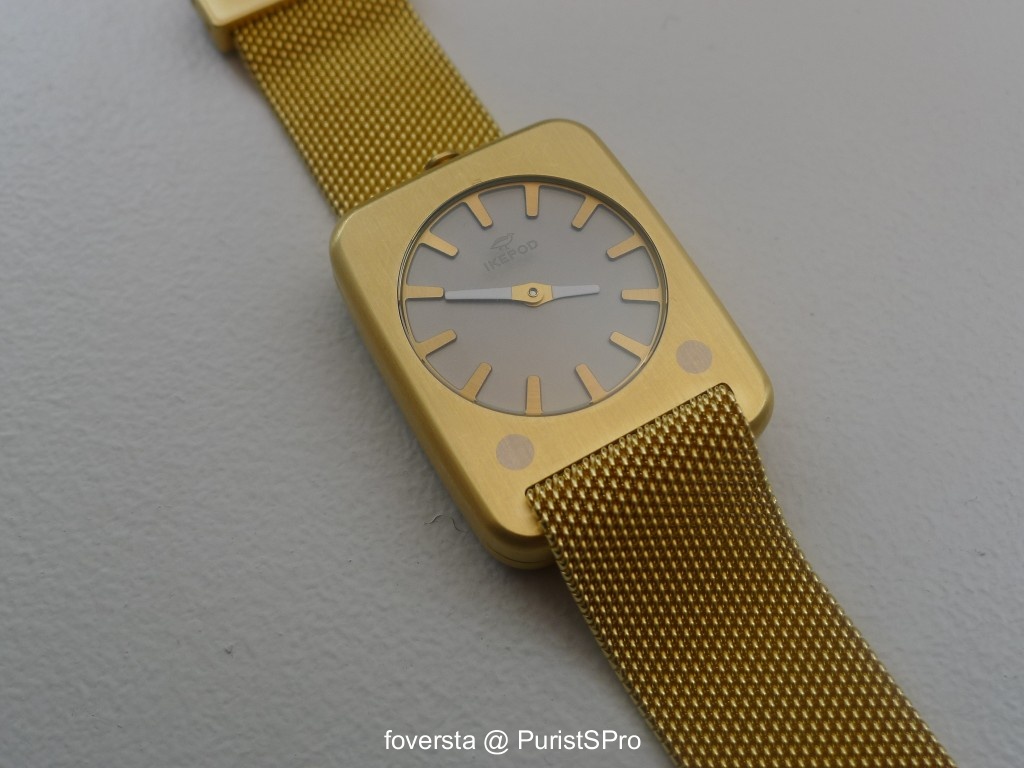 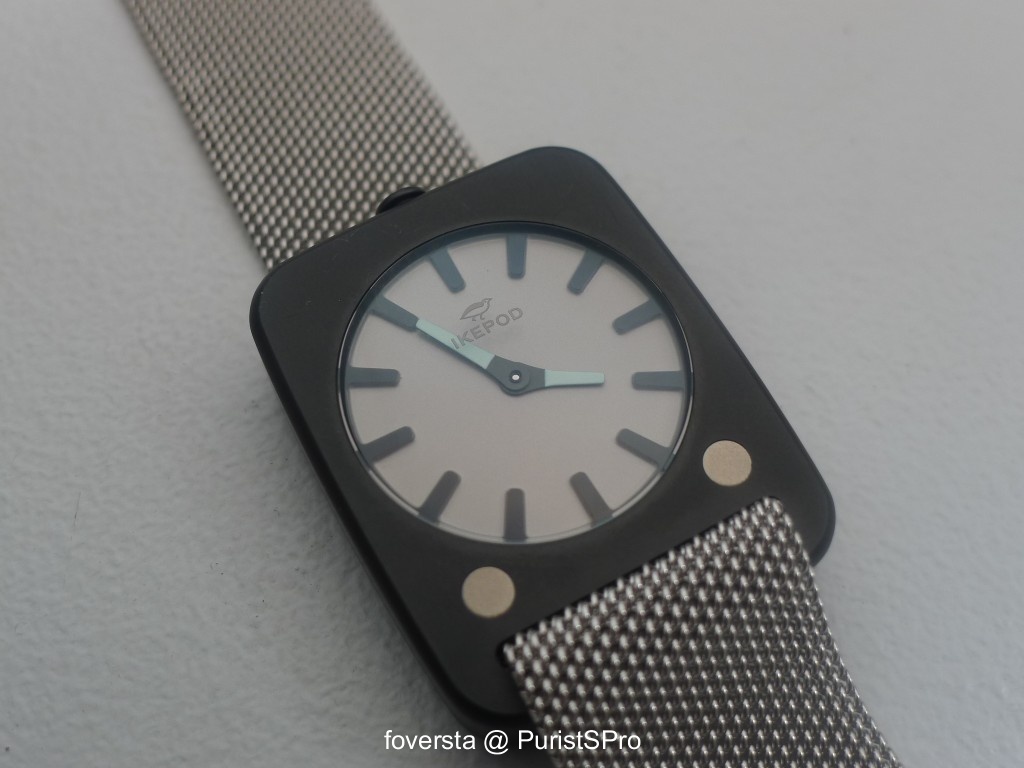 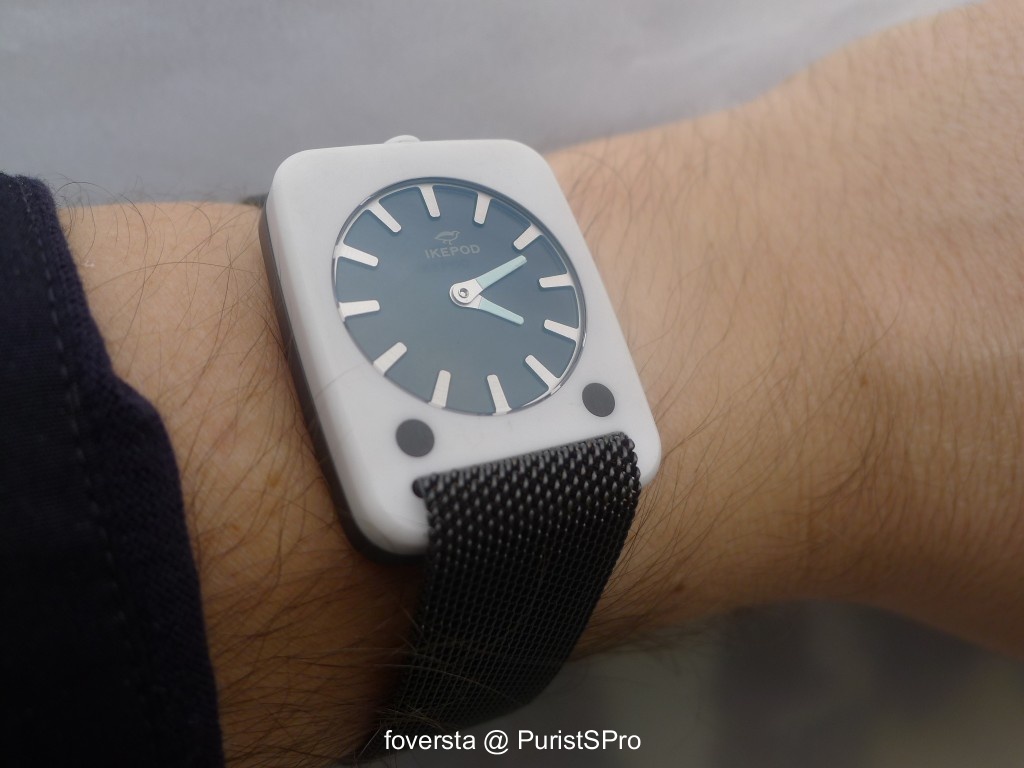 The Megapode is the most complicated Ikepod watch. It features a chronograph, a second timezone and an ASA logarithmic scale. The 47mm case looks like a pebble. Movement is a Lajoux-Perret 8301. Like the Solaris and the other Ikepod watches, the Megapode has a very original strap system. Once you get the trick, you find the system very clever. But before, it seems to be much more complicated! Anyway, the hocus-pocus has to be found! 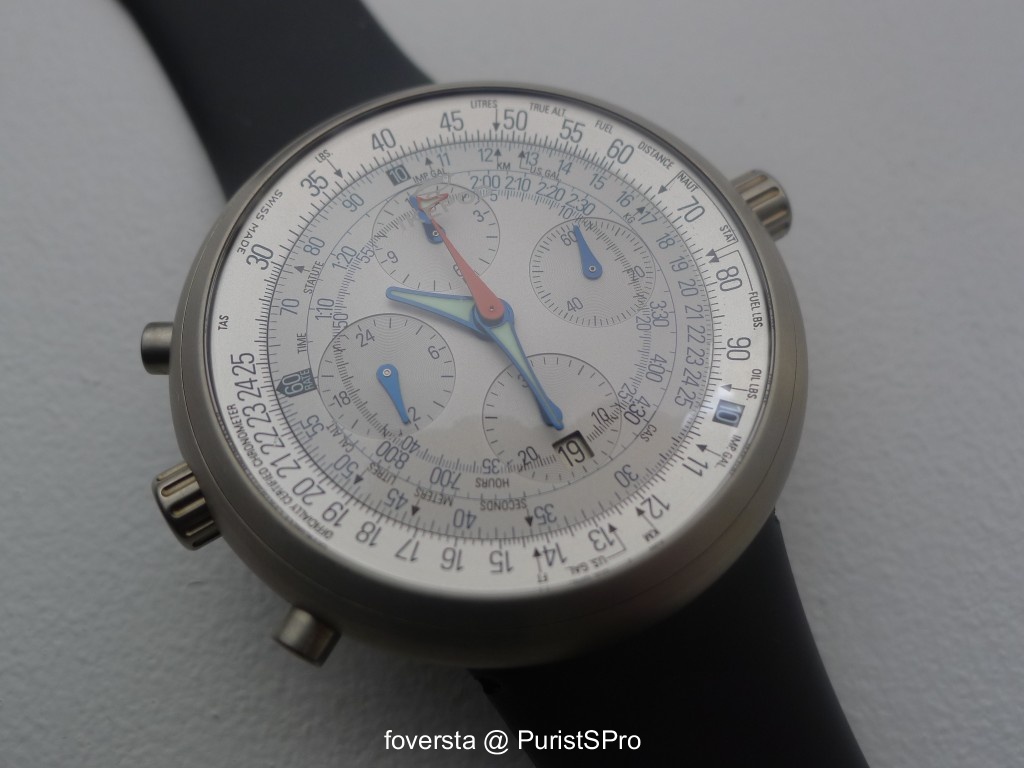 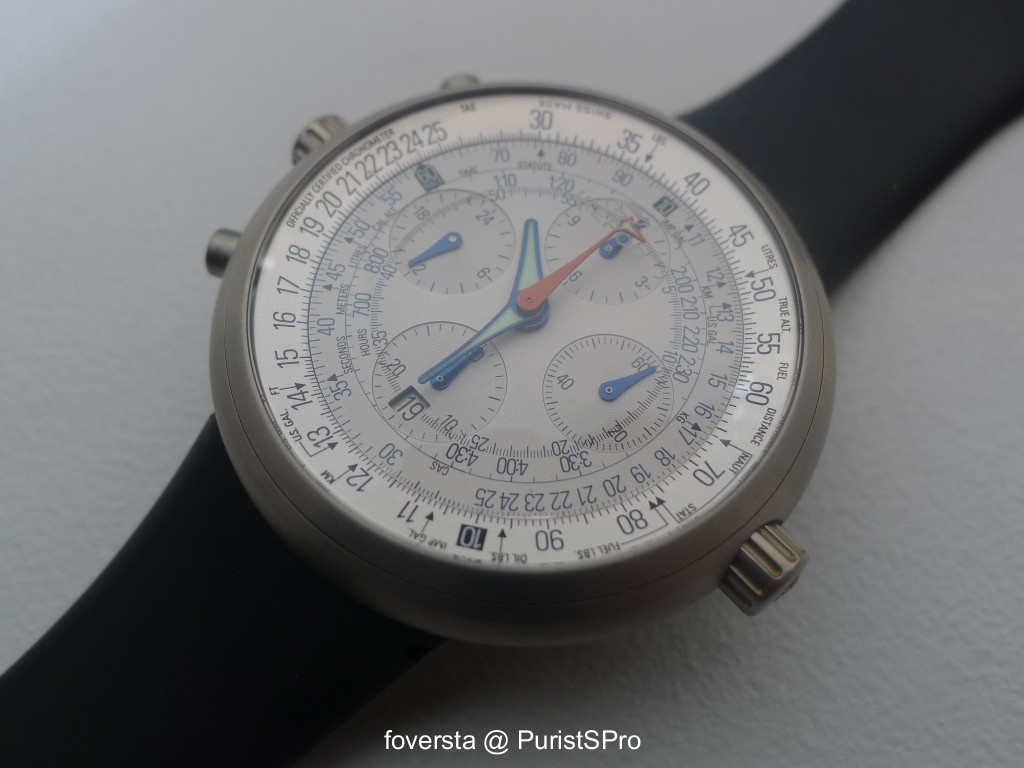 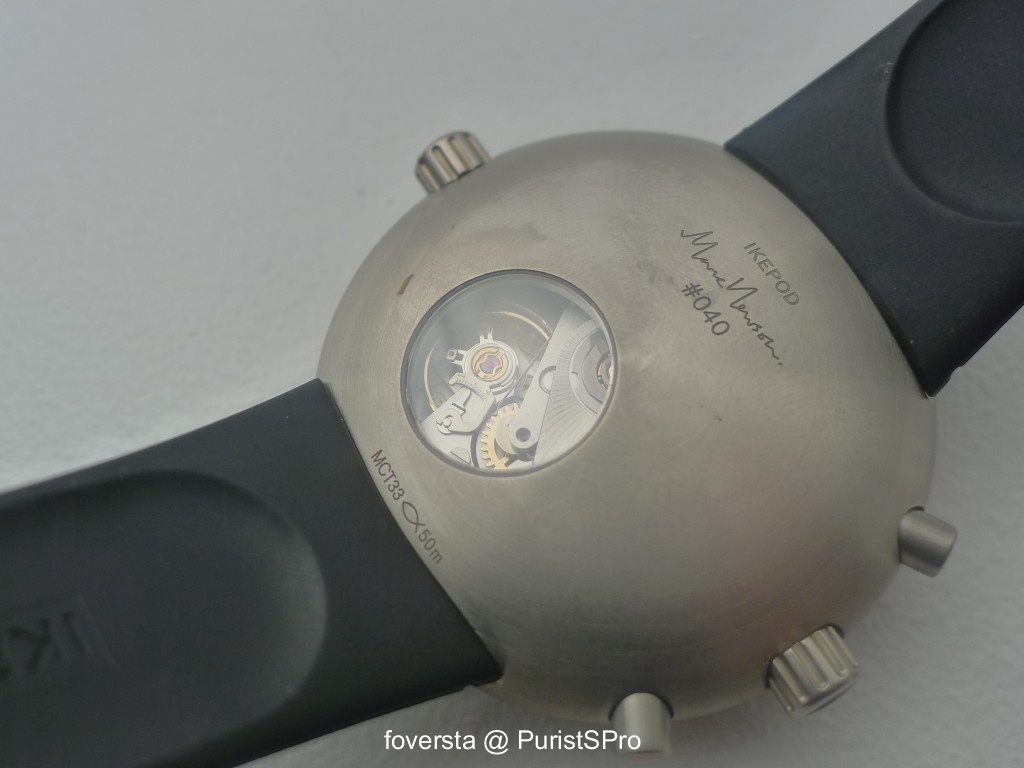 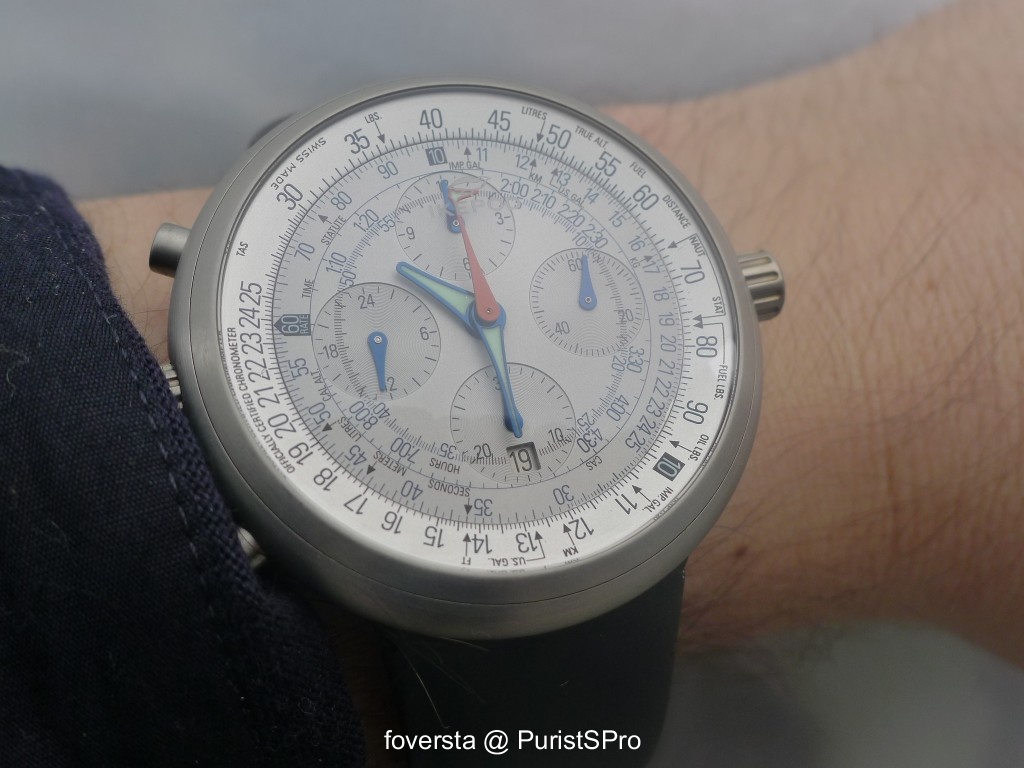 I would like to finish the report with the Horizon Jeff Koons. This watch is like a symbol: the partnership with Jeff Koons is a proof of the Ikepod strategy to find its clients in the Art galleries... Case diameter is 44mm. The Horizon uses an ETA 2892 caliber. 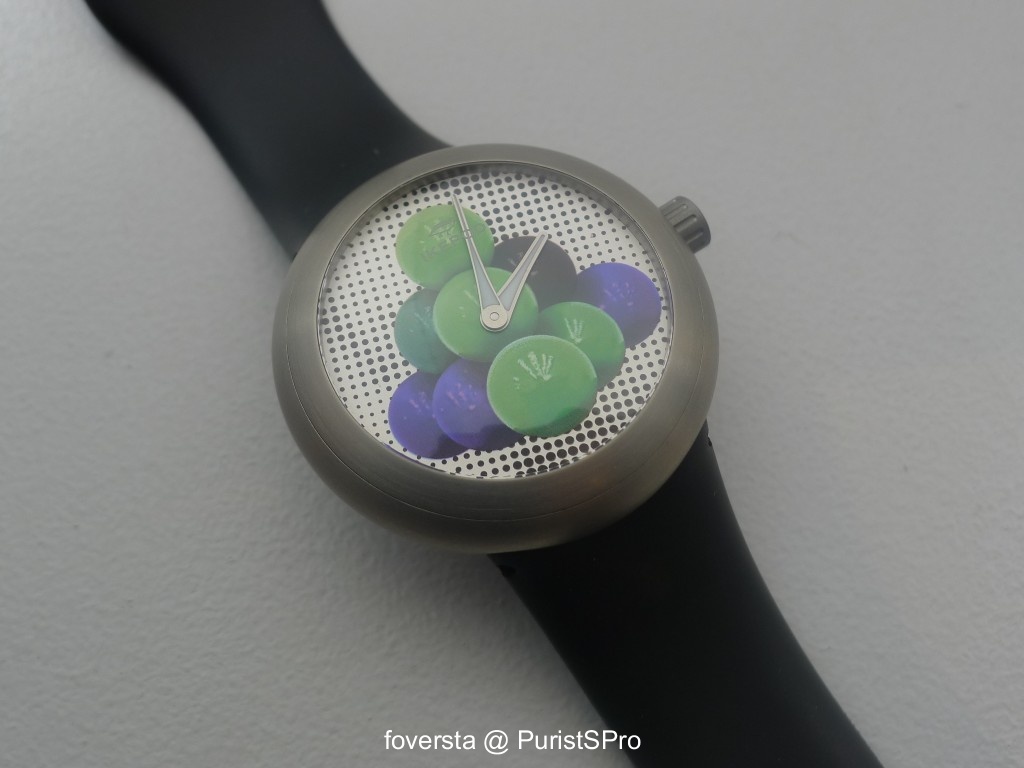 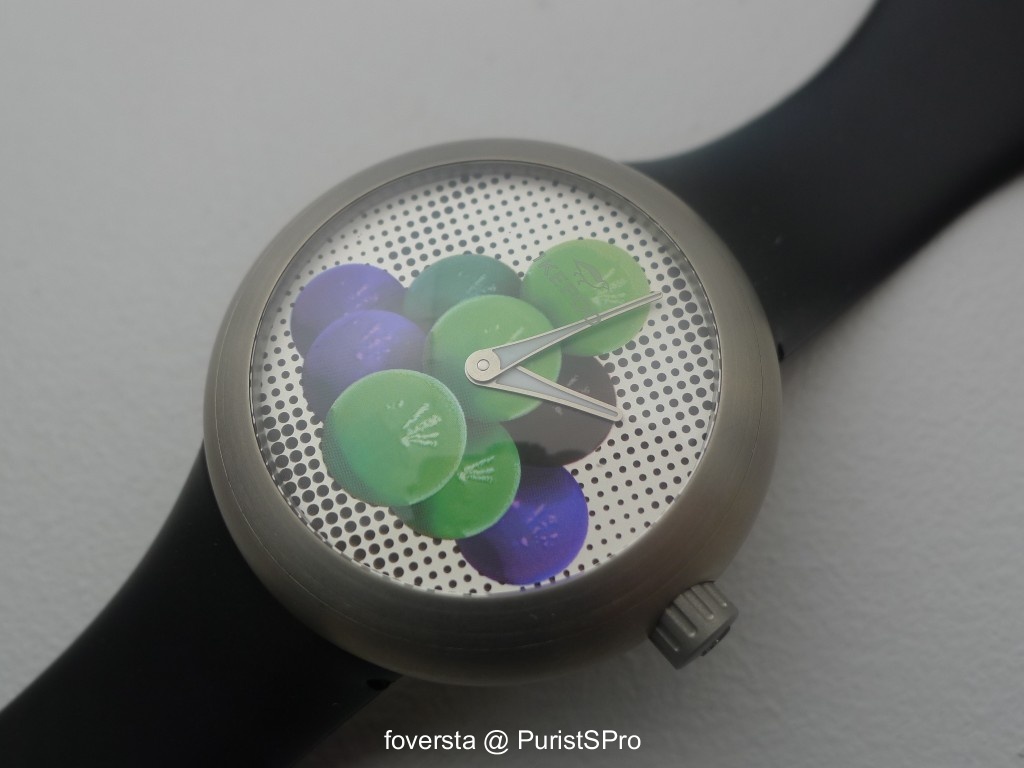 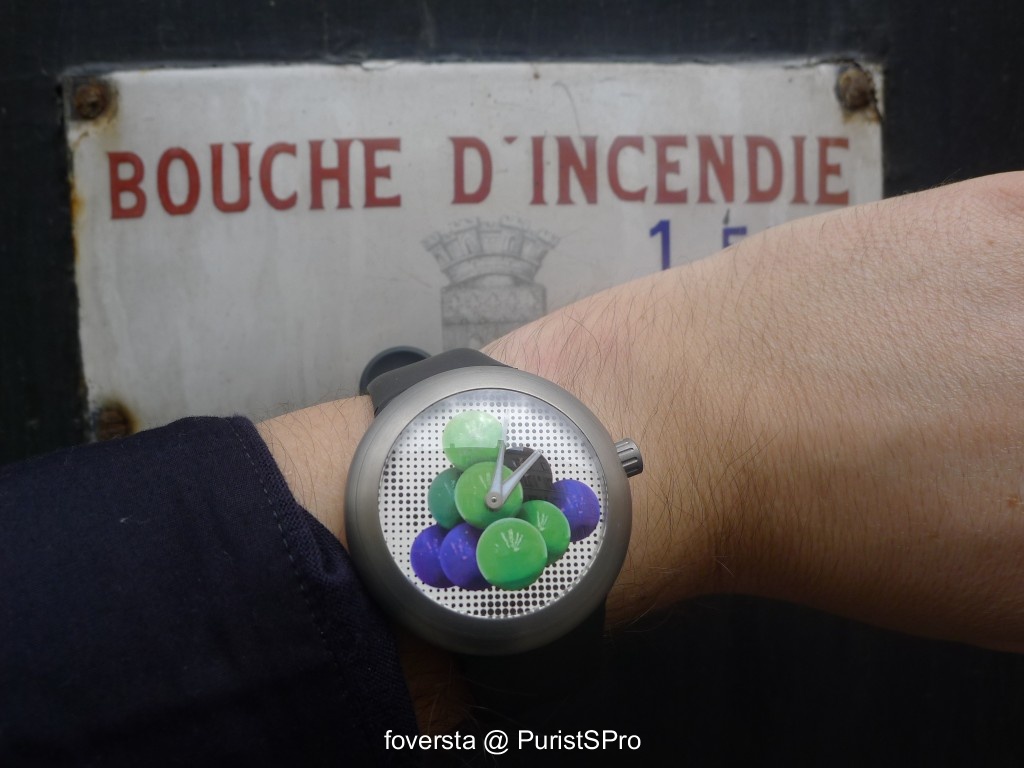 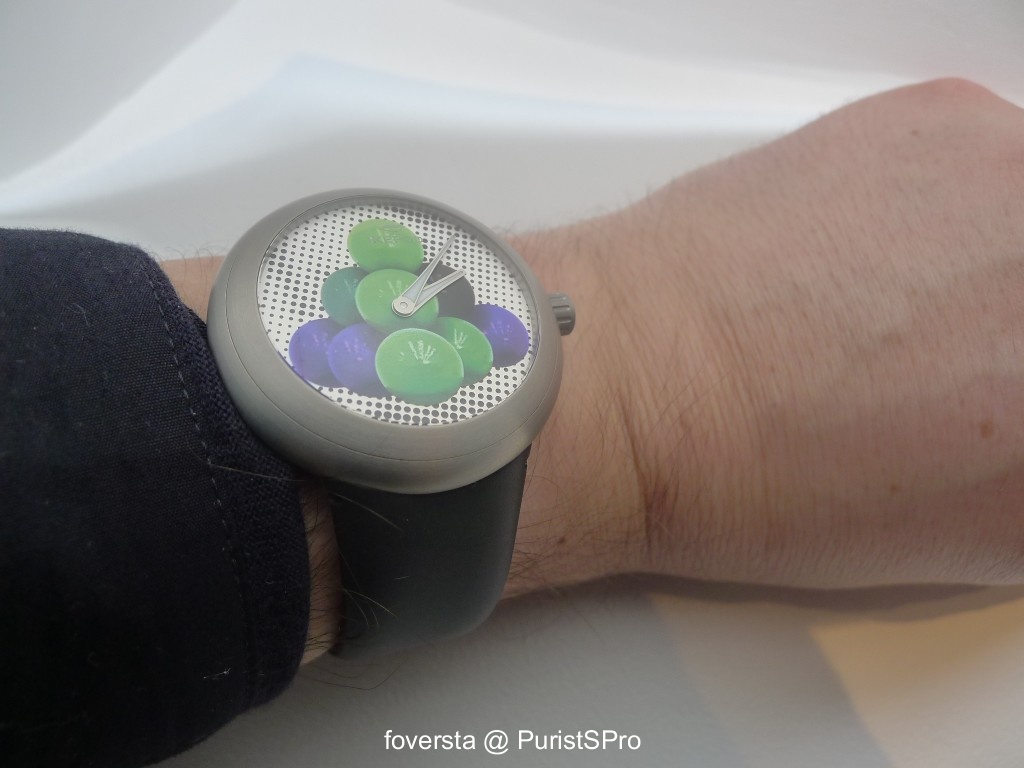 I didn't take pictures of the Hemipode but you can find some I took at Geneva last year:
home.watchprosite.com

Please note that the pictures on the walls can also be bought, each picture was printed in 7 copies.

I would like to thank  a lot the person who welcome me at the gallery for the time he spent with me.

A visit at the Ikepod pop-up store in Paris

By: foversta : July 2nd, 2011-15:25
Antoine de Macedo, owner of a famous Boutique in Paris and AD of several brands like Breguet or Girard-Perregaux had an interesting idea. He created a place, a gallery (the "G Lerie") in front of his shop to use this place to organize events, exhibitions ...
login to reply

great report FX! The Hour Glass and Atmos are part of my dream pieces.-)

Cool place. Thanks for taking us there.

By: VMM : July 3rd, 2011-16:47
Love Ikepod watches and Marc Newson's creations. Would love to have the Atmos in my living room, and a Solaris and the disappeared Platypus to join my Manatees and the Megapode. Thanks FX. Vte
login to reply

Ikepod is rather cool

By: ArthurSG : July 3rd, 2011-17:05
Somehow, although never interested enough to buy one, I've always found several of their designs interesting and intriguing in a positive way. That Atmos and Hour Glass side by side is a smasher of a pic.
login to reply

Thank you all for your comments! [nt]

Your HourGlass has the Masthead position. Lovely stuff. [nt]