There are a few of you that share my interest in science and natural history. Whenever I am travelling I try to visit local science museums. One of the most memorable was EnergeticA, the Energy Museum, in Amsterdam. Many of you will be aware of the better known NEMO museum but EnergeticA is a real old school science museum housed in an abandoned power station. You feel like you are entering Jules Verne’s imagination.

The sad news is that EnergeticA closed in late 2007. Many of the engines, power sources, gas lights and other displays have been ‘saved’ by NEMO, so hopefully they will be put back on display.

Some of you will remember my Steam Punk post (click here to be magically transported) and I can tell you that a VH Antiqua would feel very much at home in this place .

Hope you enjoy these images.

Do you have a favourite science museum? 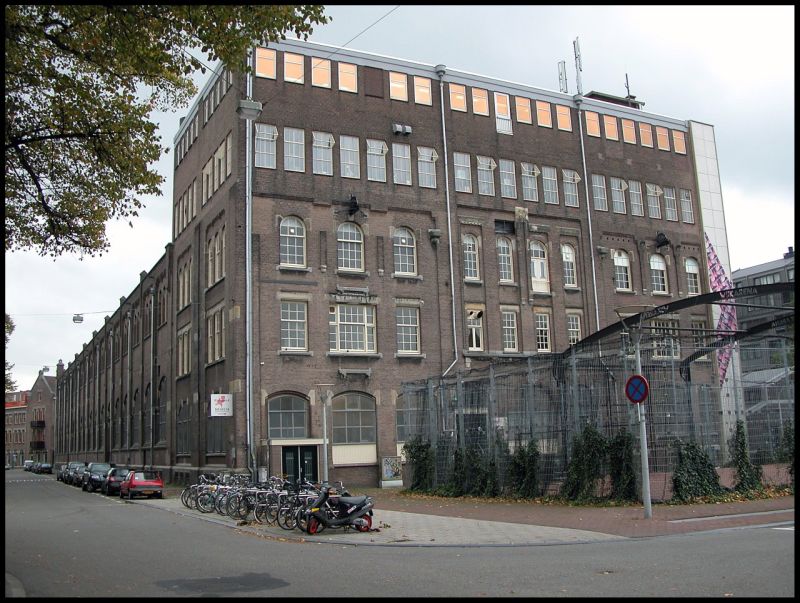 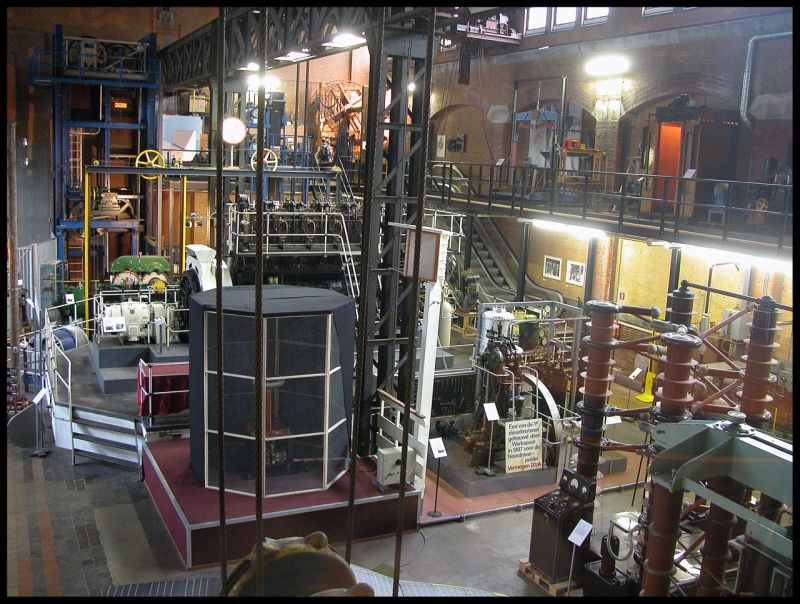 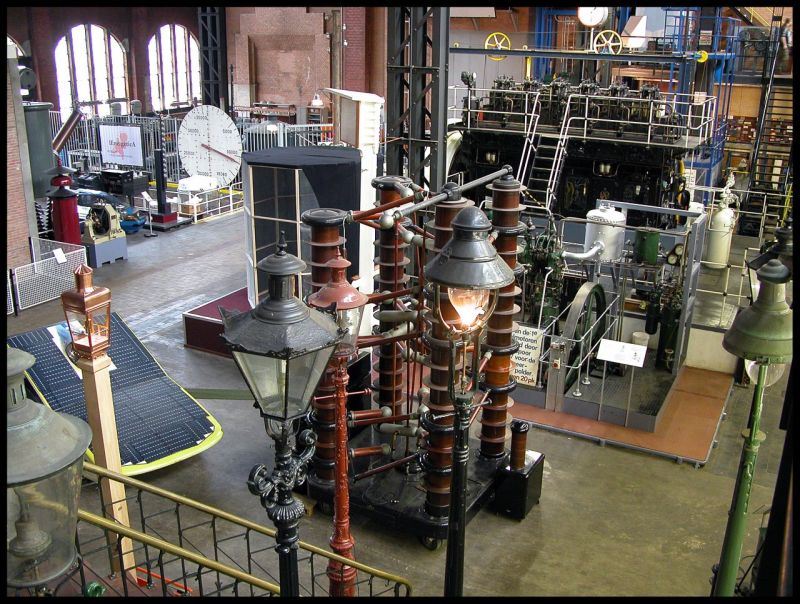 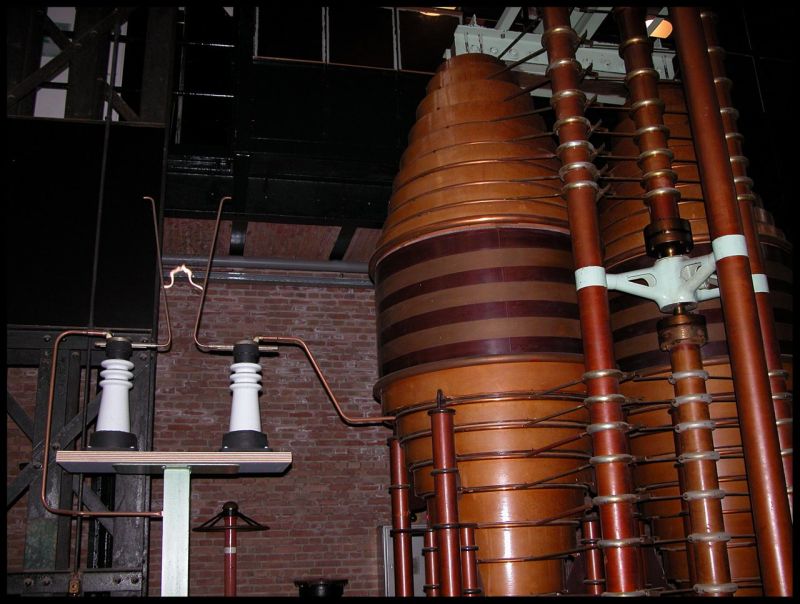 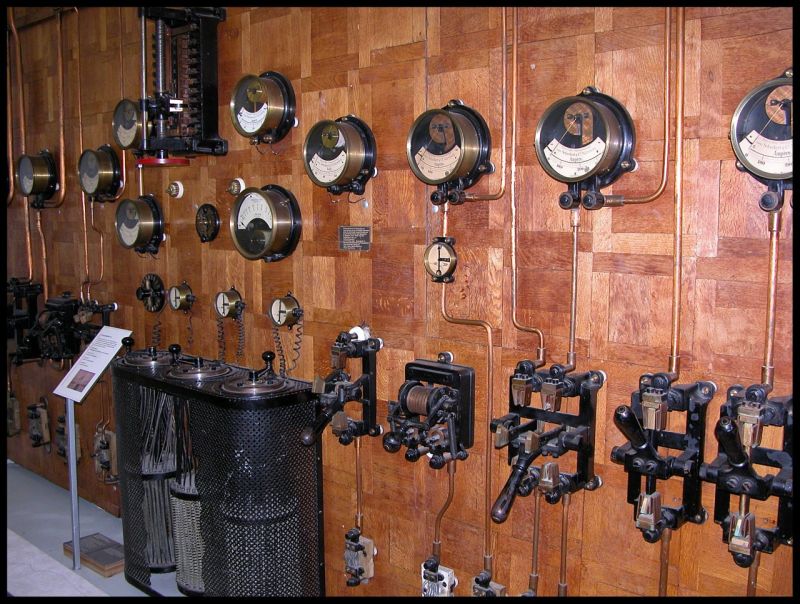 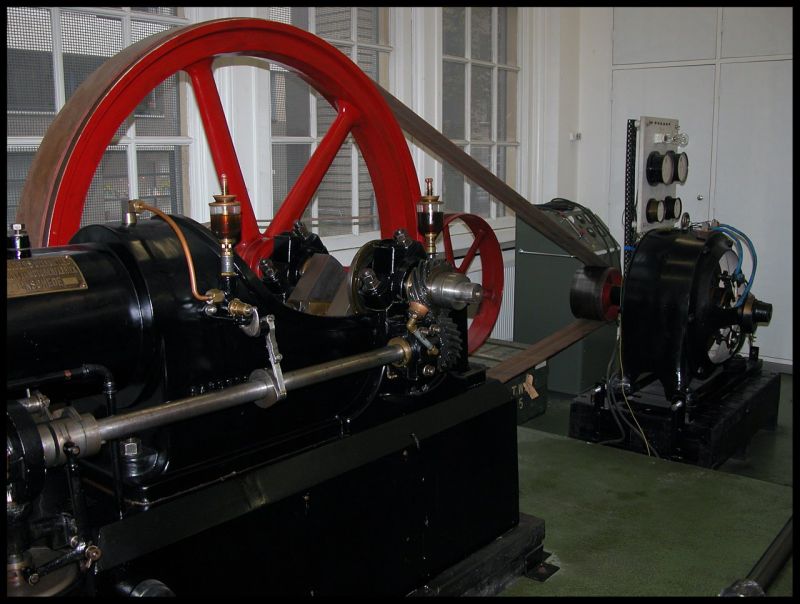 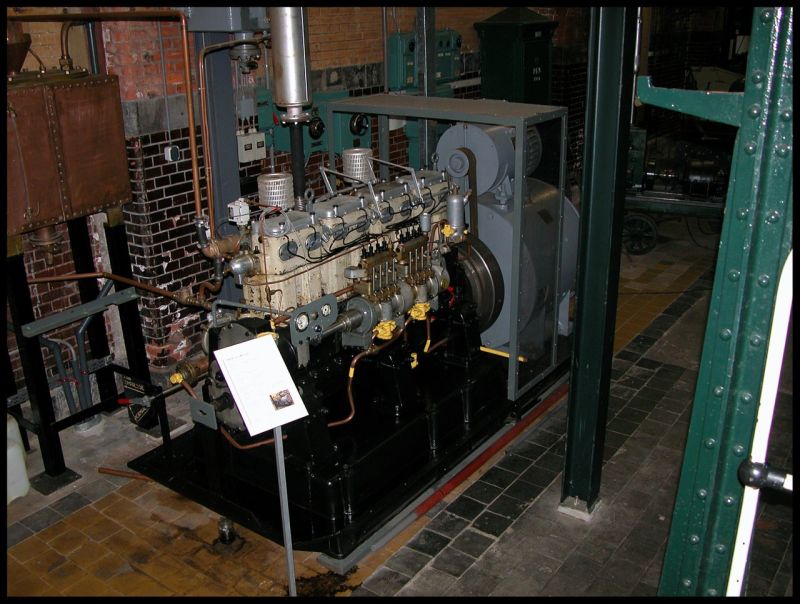 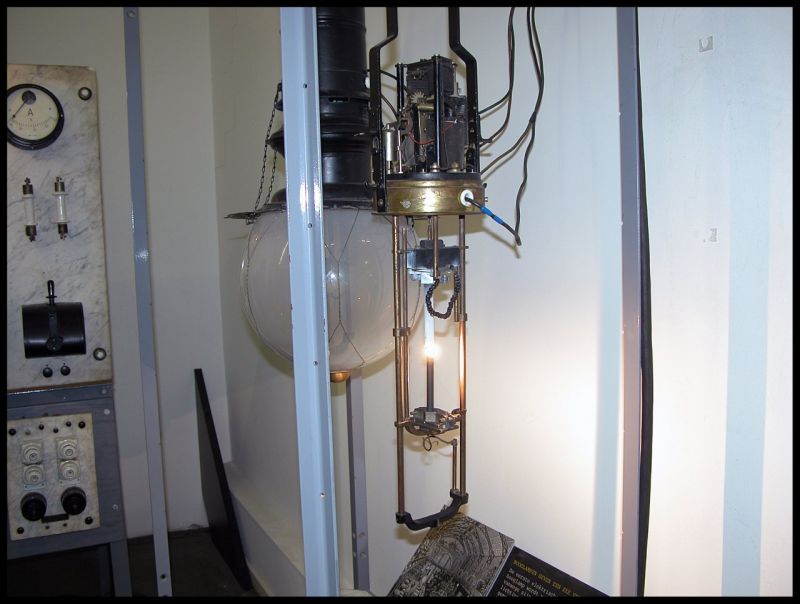 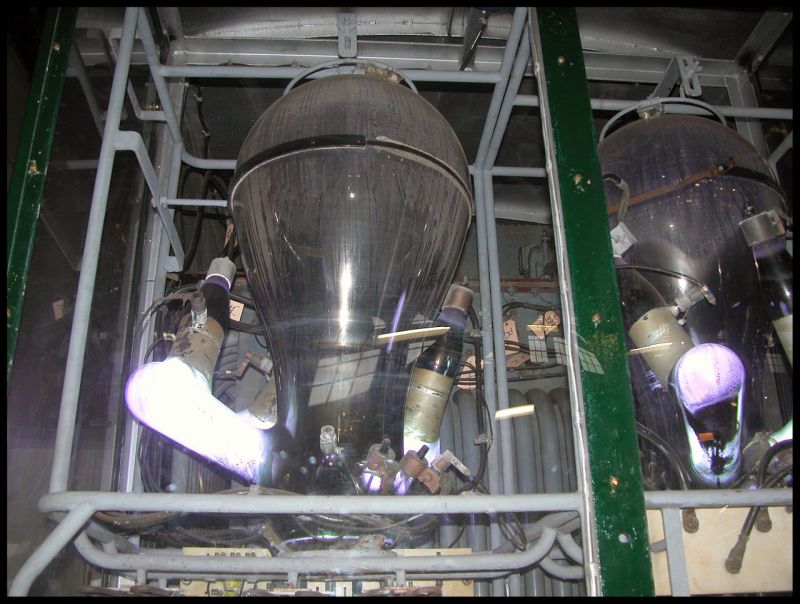 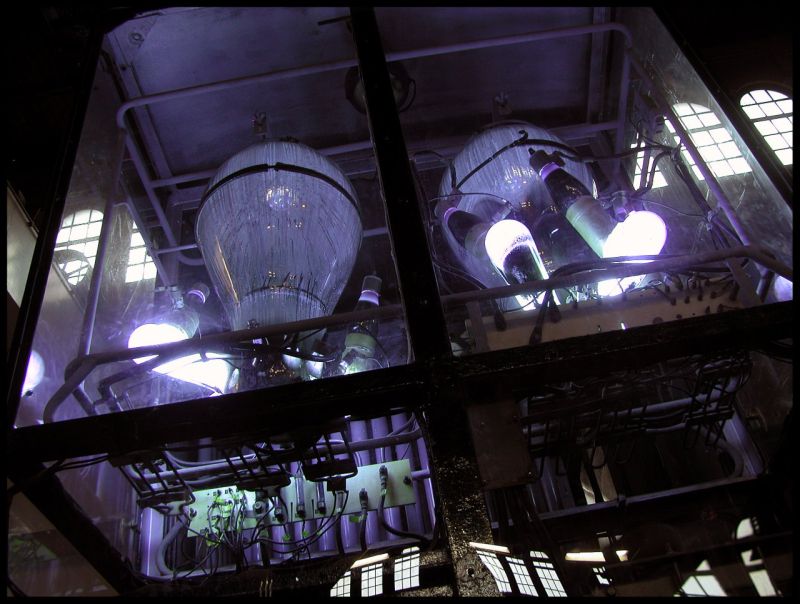 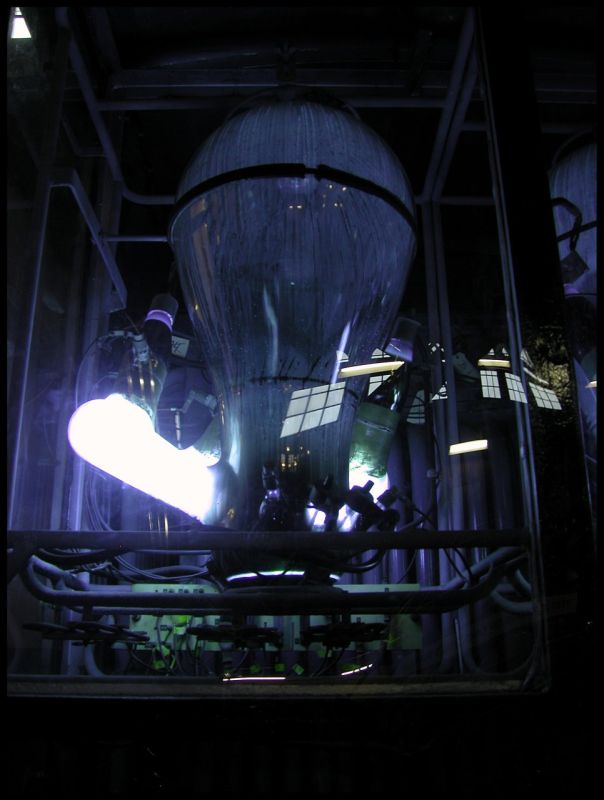 By: AndrewD : November 4th, 2009-15:30
Hi All, There are a few of you that share my interest in science and natural history. Whenever I am travelling I try to visit local science museums. One of the most memorable was EnergeticA, the Energy Museum, in Amsterdam. Many of you will be aware of th...
login to reply

By: patrick_y : November 4th, 2009-16:11
Looks like a very interesting laboratory. Haven't been to it yet, but there are some science museums in San Francisco; the California Academy of Sciences and the Exploratorium; both of which I've visited many years ago (before digital cameras existed). Am...
login to reply

A lot to learn from that Museum.

By: JerryW : November 4th, 2009-17:37
Did everything move out to another location? Looks like it would be a fun tour. JerryW
login to reply

By: AndrewD : November 4th, 2009-17:48
I am hoping someone has visited NEMO recently and can report on what they have put in. NEMO was pretty tight for space already and there was a lot at EnergeticA; room after room of displays, as well as the ‘main’ chamber. A
login to reply

By: Dr No : November 4th, 2009-22:21
. . . I still remember the NASA exhibit that featured a scale which gave your weight on the Earth and the Moon digitally, but using English rather than metric measure . . . cordially, Art
login to reply

The last museum I went to was...

The last museum I visited was the LUCeum!

yours very interesting, please see mine...

By: AndrewD : November 9th, 2009-19:30
Thanks Stefan, I had no knowledge about this interesting man and his life and have just spent time reading about what he achieved in his short 35 years on this earth. This is the famous poem he wrote on the eve of his execution by firing squad: My Last Fa...
login to reply

i also did not know this great man either...

By: AndrewD : November 11th, 2009-14:03
We can never know how we will face death until it comes. I am constantly amazed, however, how ‘together’ most people are in the face of adversity. Can you imagine sitting down to write a poem on the eve of your execution for unjust reasons? A
login to reply

By: AndrewD : November 8th, 2009-20:51
Questacon is the National Science and Technology Centre in Canberra. This one is great for younger kids and very interactive. Nice parkland and architecture....
login to reply

By: AndrewD : November 9th, 2009-11:55
As the national capital, Canberra is a bit like Washington. There is some great architecture though....
login to reply

That must be the ultimate X-games circuit in the last photo . . .

By: BDLJ : November 10th, 2009-23:03
Locally, I've only been to the Melbourne Museum (bit obvious, but used to go to the old one on LaTrobe st a lot), the Powerhouse and the one in Canberra. Have taken my nephews to Scienceworks (The Halls of Justice from Mad Max!), though. That said: I usua...
login to reply

Mine is the Specola Museum in Florence - fascinating place!

By: AndrewD : November 11th, 2009-13:33
ScienceWorks is built at the site of an old sewerage pumping station on the edge of Melbourne (“Smellbourne”). The Melbourne Planetarium is there along with a lightening and electricity ‘show’ – I love Tesla coils and Nikola ...
login to reply

By: AndrewD : November 11th, 2009-13:53
ScienceWorks in Melbourne recently hosted a travelling exhibition of Star Wars props, costumes and models, emphasising the science of StarWars such as magnetic levitation vehicles and robotics. Many hands-on displays. Who knows how this will inspire our k...
login to reply

By: AndrewD : November 12th, 2009-01:48
Thanks Ed, I am a big Star Wars fan too and it's nice to enjoy it all again with my kids. The exhibition ran for about 5 months but finished a couple of weeks ago. There were two Millenium Falcon models on display, the first one is really quite large and ...
login to reply