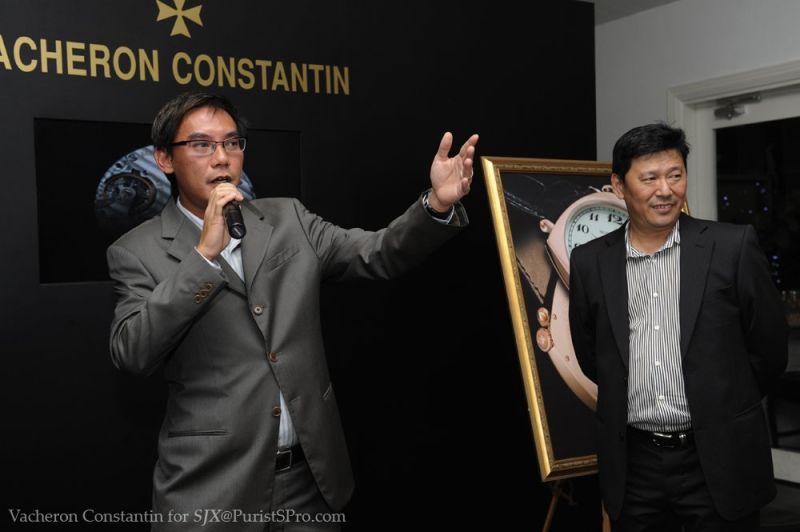 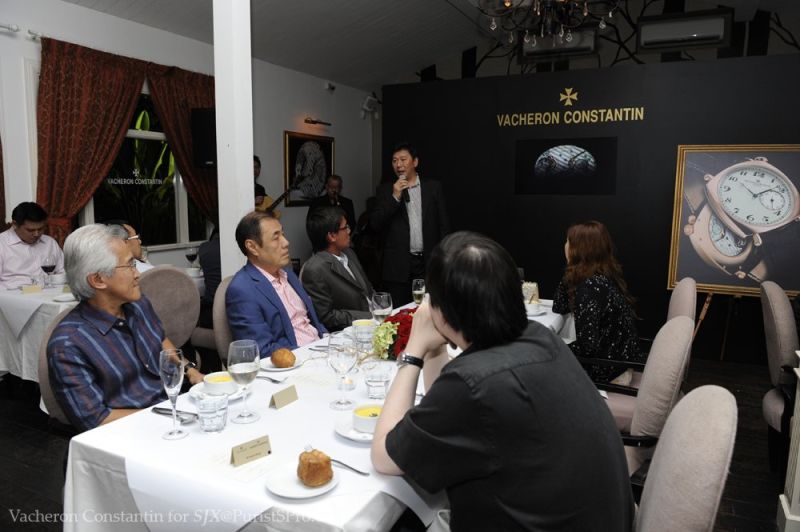 followed by David Heng of VC 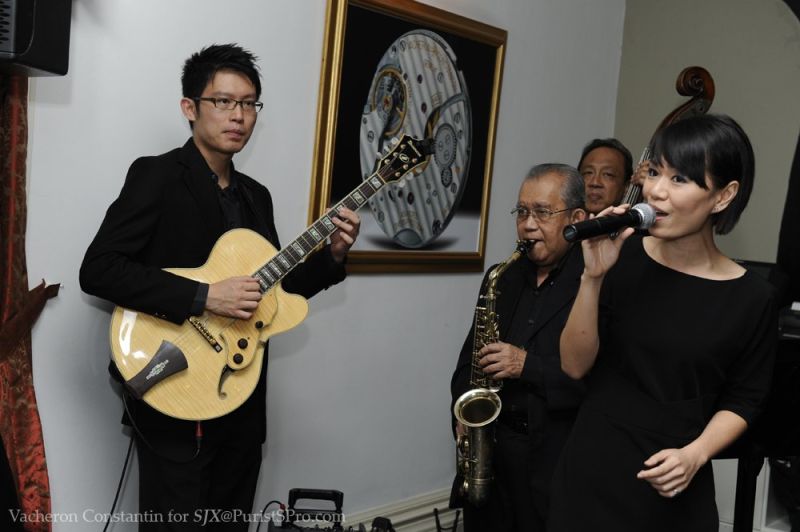 The evening's entertainment was by a wonderful jazz band 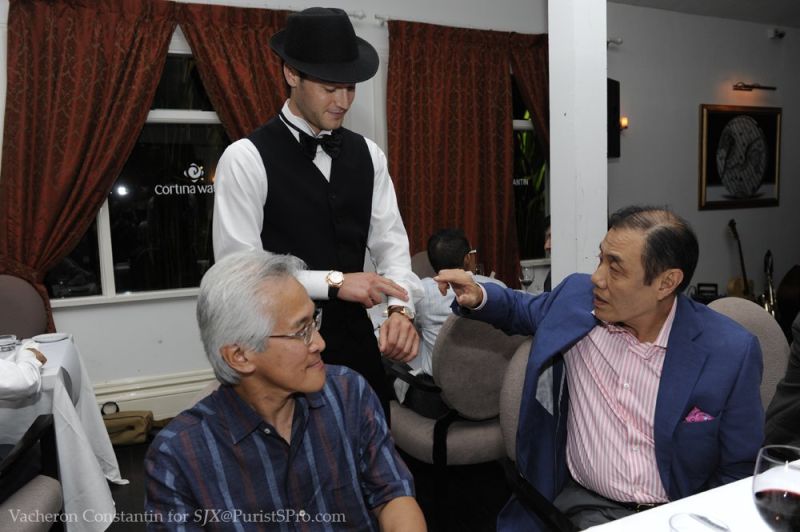 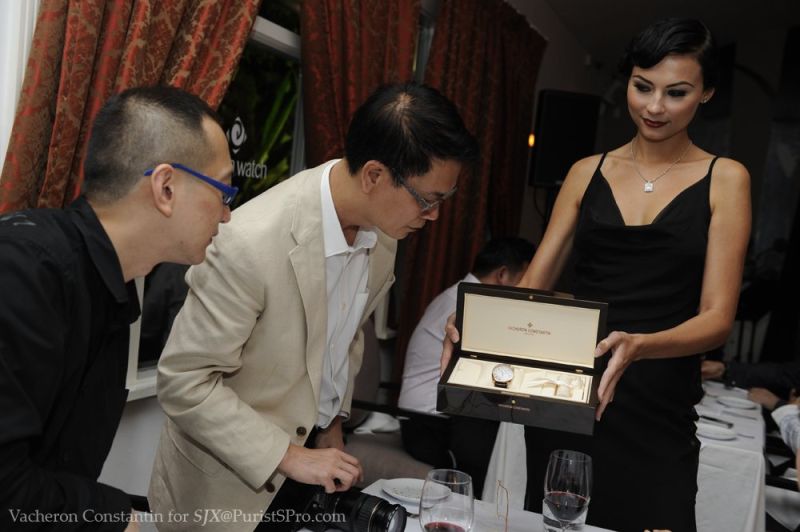 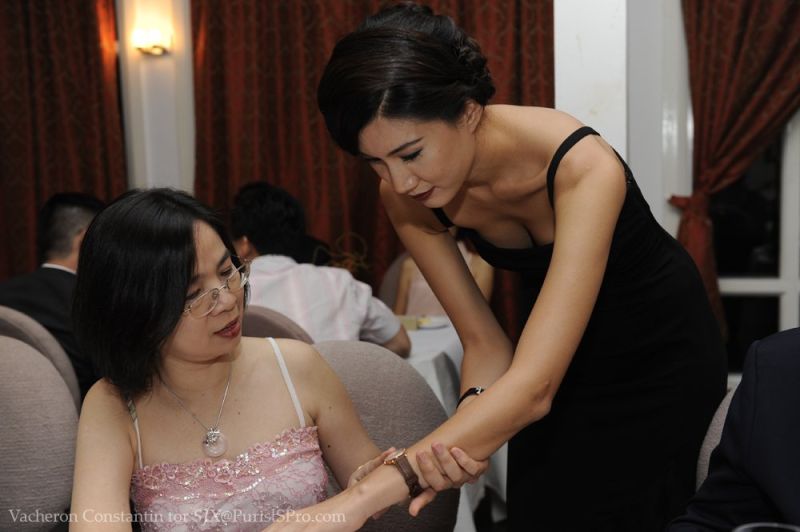 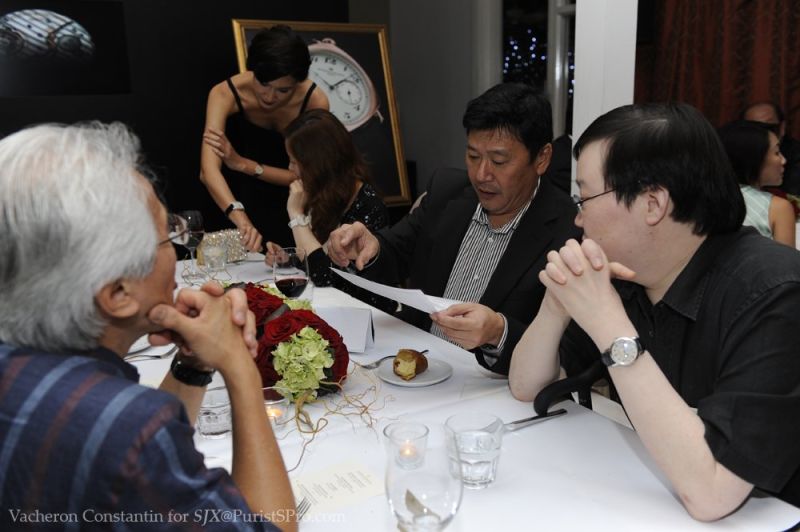 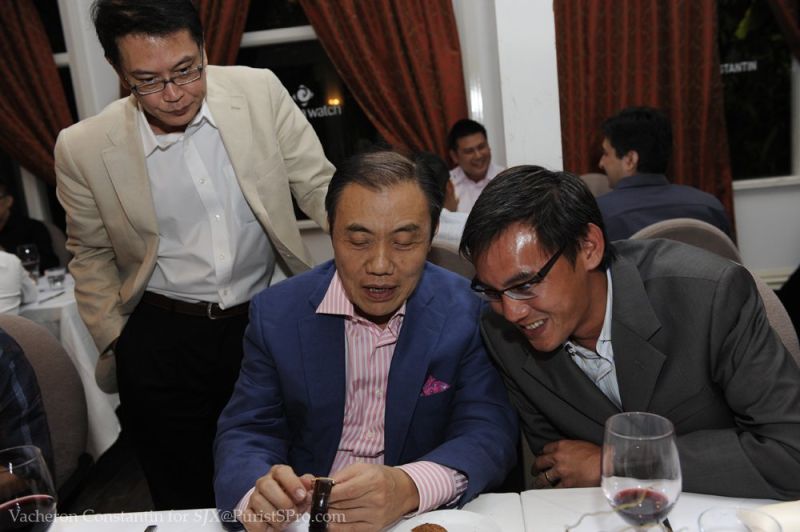 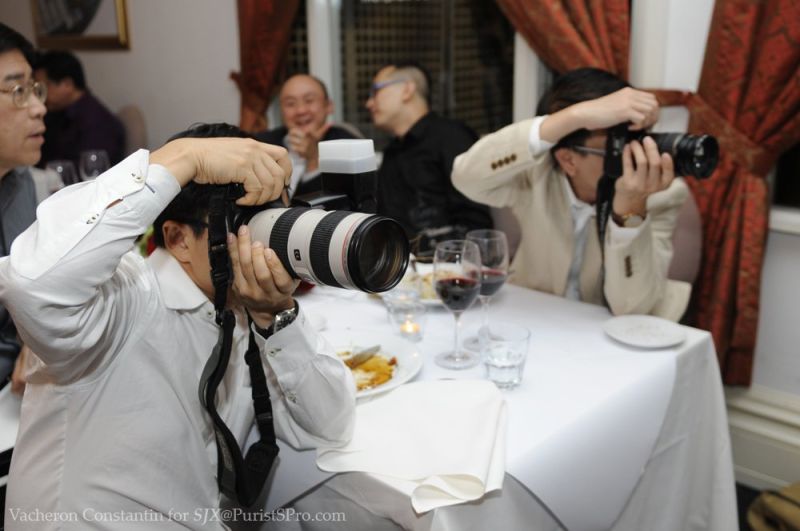 And as is becoming increasingly common, massive photograph firepower at watch events. 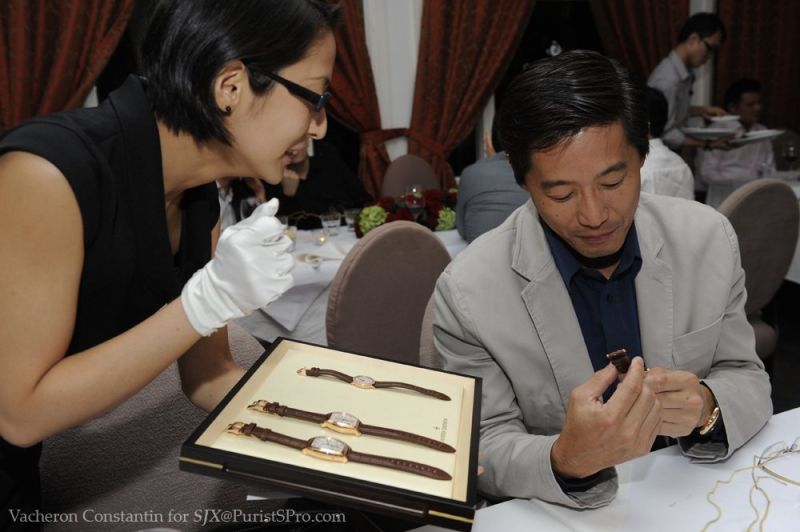 Above left: Chion May Yee of VC 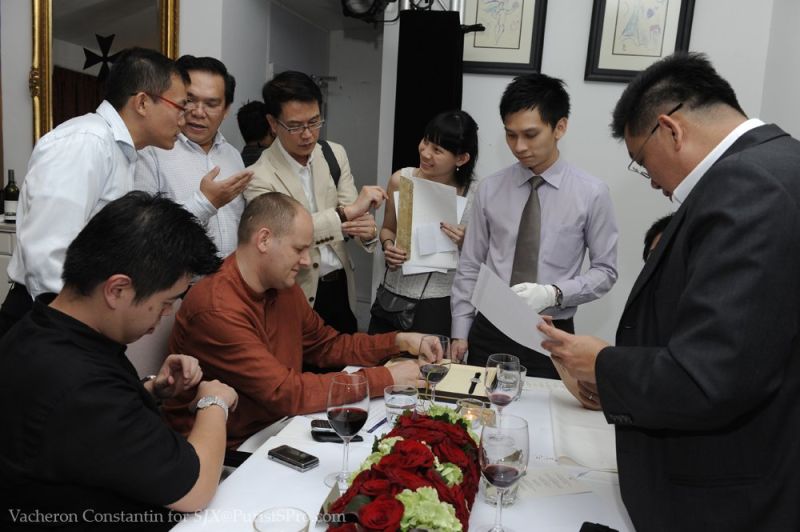 By: SJX : June 24th, 2009-06:28
Last week, Vacheron Constantin and retailer Cortina Watch held a dinner to showcase the SIHH 2009 collection, including the much awaited Americaine 1921. The venue was Mimolette, a French restaurant located near the former Singapore Turf Club; the meal wa...
login to reply

By: SJX : June 24th, 2009-06:43
Jeremy Lim of Cortina giving a pre-dinner speech followed by David Heng of VC The evening's entertainment was by a wonderful jazz band And as is becoming increasingly common, massive photograph firepower at watch events. Above left: Chion May Yee of VC...
login to reply

By: SJX : June 24th, 2009-06:49
These need little explanation. The Americaine 1921 attracted a lot of interest naturally. Also interesting was the fact that the list price of the Americaine 1921 was about 20% less than initially indicated during SIHH. This message has been edited by SJX...
login to reply

Part IV: The models and watches

Great pictures and report, looks like everyone really had a great time

Wish I were there...

By: patrick_y : June 24th, 2009-11:15
The models look striking. The company seems very avid about watches. The dining menu sounds like an epicurean's delight. And lastly, the watches appear to be simply amazing. Great photos SJX! Looks great! Wish I were there.
login to reply

To clarify, photos were provided by VC

By: WHL : June 24th, 2009-11:38
It looks like a good time was had by all. The American 1921 looks like it was a big hit with the croud there. VC has a really great selection of time only watches right now between the American 1921, the Chronometer Royal 1907, and the various Patrimony m...
login to reply

By: tony p : June 24th, 2009-15:15
Was the final retail price of the Americaine 20% more or 20% less than previously announced at SIHH? Loved the photo and comment about "photographic firepower". Tropic Thunder indeed. Cheers Tony P
login to reply

By: WHL : June 25th, 2009-07:10
The MSRP in USD for the Patrimony Traditionnelle will be $14,400. I was told to expect them in the US starting in August. Please contact your Singapore dealer for local pricing and availability. Bill
login to reply

Price difference between this and 1921.

By: kpk : June 25th, 2009-22:26
Do you think the price difference between the Traditionelle and 1921 is justified? They both have the same movement. I know the 1921 has more gold and perhaps the movement is reworked to tell the time diagnonally, but does the "iconic" element of the piec...
login to reply

That's a question I think every buyer...

By: WHL : June 26th, 2009-10:40
will have to answer for himself. Nothing special is done to the 4400 in the American 1921, so it really is an apples to apples comparison as far as movements are concerned between the 1921 and the Patrimony Traditionnelle. If I like two watches equally we...
login to reply

thanks for the report....

By: MTF : June 24th, 2009-20:16
SJX and Vacheron Constantine: Thank you for the report. All the usual faces in Singapore in one place again. The 1920s theme was evident, in keeping with the star attraction - Americaine 1921 - very cool. Also good that the recession theme of the late 192...
login to reply

Thanks for the great pics and report SJX! [nt]