Information about the reference 3940

recently, I have seen many posts of the Patek 3940 on the forum. My interest for this reference is growing and I am looking for information about this beautiful model.
According to what I have read so far, it seems that many series were produced.
I have quickly searched on the Internet and I have not found any good articles presenting the different series and highlighting their differences. I have noticed this interesting article which talked about the history of Patek Philippe's perpetual calendar. However, it does not describe the different series of the 3940.
I would like to know if you are aware of any good article that would talk about the specificities of each serie of the 3940 or, if possible, if you can tell me how many series were produced and what are the main differences.
As a subsidiary question, I have noticed that some versions have half of a circle of the indicator on the left in yellow. Is it normal or does it come with time?
Thank you very much in advance
Have a good day
Rodolphe 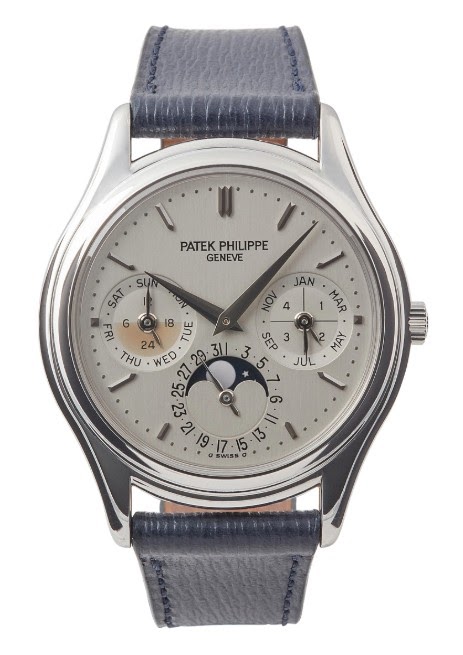 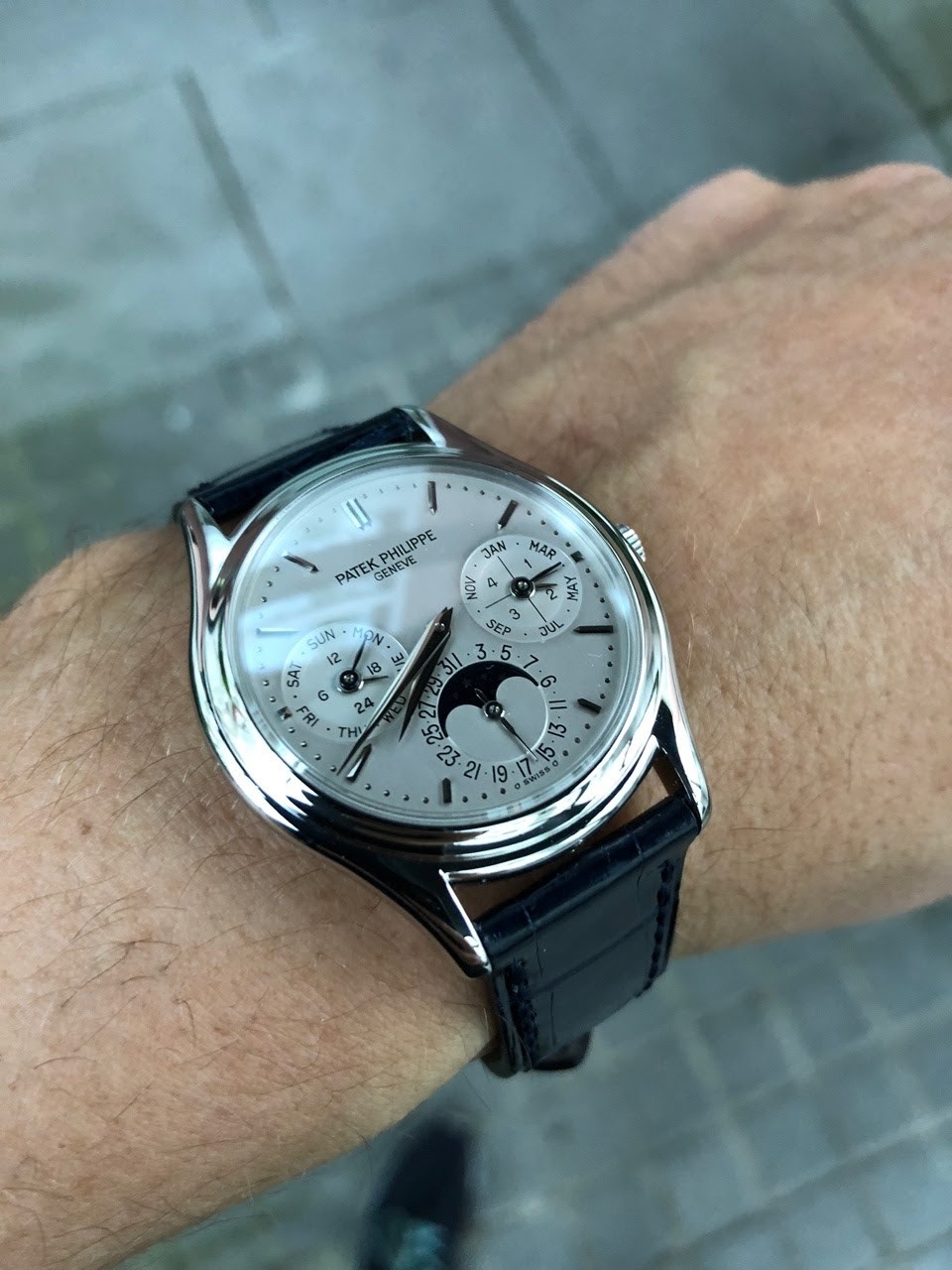 Information about the reference 3940

By: err_404 : December 2nd, 2019-04:14
Dear all, recently, I have seen many posts of the Patek 3940 on the forum. My interest for this reference is growing and I am looking for information about this beautiful model. According to what I have read so far, it seems that many series were produced...
login to reply

By: cbb in honor of Chamnong Bhirombhakdi : December 2nd, 2019-04:51
I believe is Platinum
login to reply

Thank you very much for your reply Cbb.

Thanks Nico. It makes perfect sense.

I believe the differences are roughtly

your 3rd example above looks like a 2nd series to me, not 3rd series

By: sam1234 : December 2nd, 2019-13:32
I believe that your photos show a first series, an early second, and a late second series. Based on dial configuration. There is always the possibility of an early series dial fitted onto a later series watch, especially in transition years. Best way to k...
login to reply

Thank you sam1234, I have edited accordingly! [nt]

By: sam1234 : December 2nd, 2019-14:22
Now your edited photo shows the third series. Note the difference in the “J” and also the sigma Swiss is aligned with the outer dot track.
login to reply

Let me offer up mine for observation.

By: BMR : December 2nd, 2019-14:55
I’ve always considered this a late 2nd series with the “J” like that of the first series, the sigma Swiss sigma outside the minute track, and the “5” on the date wheel that almost closes completely. ...
login to reply

I can add info to what is above.

By: roger.goodgion : December 2nd, 2019-07:41
If not mistaken: Also 1st series the leap year quadrants were 4,1,2,3. Later series became 1,2,3,4. Thus the leap year number coincides with the quarter of the year the months are in. I believe not all series have the day/ night shading on 24 hr indicator...
login to reply

Then only other things I can add...

By: sam1234 : December 2nd, 2019-12:42
... were that there are subtle font differences in the third series as well as differences in the sigma Swiss placement relative to the outer dots. Also there were mechanical upgrades from first and early second series to the later versions iirc, but thes...
login to reply

By: Chromatic Fugue : December 2nd, 2019-08:17
I can barely make out a subtly different color on the bottom half of the subdial, but only if I’m really, really looking for it, and it usually doesn’t even show up in photos. This is a 3940P originally sold in 2006; I don’t know whether it looked like th...
login to reply

By: sam1234 : December 2nd, 2019-12:38
I have a second series and a third series and both have it. As others have noted, there is a tendency for some to develop patina that can discolor the original 1/2 circle shading.
login to reply

By: sam1234 : December 2nd, 2019-12:46
... and the day/night indicator shading is more evident than in your photo, but less so than another earlier version I have from 1998. I don’t think it’s due to fading, I think it’s just variations between dials. There are some examples with very pronounc...
login to reply

Is the conclusion that all the 3940 have a shade PM half circle and the color is more or less shaded depending on the model, or some 3940 do not have this shade at all?

By: err_404 : December 2nd, 2019-13:41
I am asking (and bothering) as I am interested in the 3940 and I am looking for a model with no (or very light) shade on the dial. Anyway, thank you all for your interesting input. Cheers Rodolphe
login to reply

By: sam1234 : December 2nd, 2019-13:48
The first series definitely has the most prominent demarcation between day and night. I believe that the shading remians present but generally less pronounced from the second series onwards, but there is a lot of variability between models due to aging an...
login to reply

thank you Sam. It will make the hunt even more exciting to find the perfect shade! :-) [nt]