Note: Due to technical problems I re-post this Part #3. Sorry for the inconvenience.

After some R&R with friends I am back and ready with Part #3.

During the 70’s and onwards, like most of the Swiss watch manufactures’ JLC included begun to make Quarts movements. 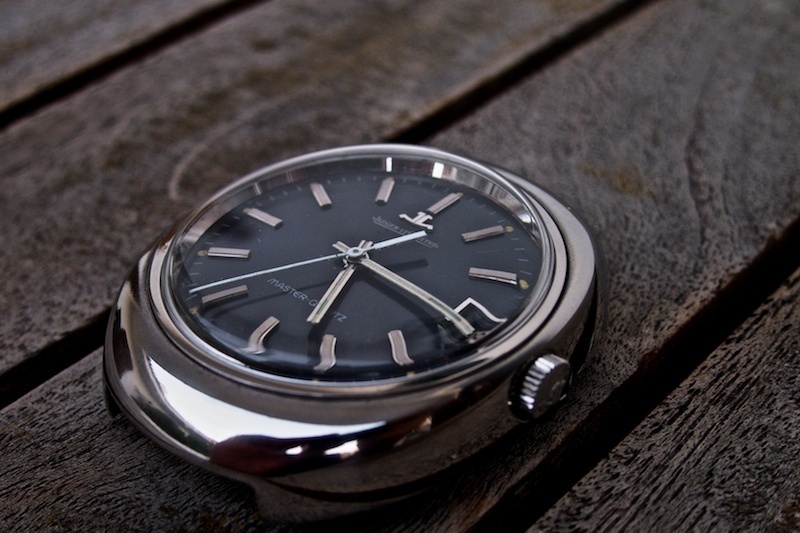 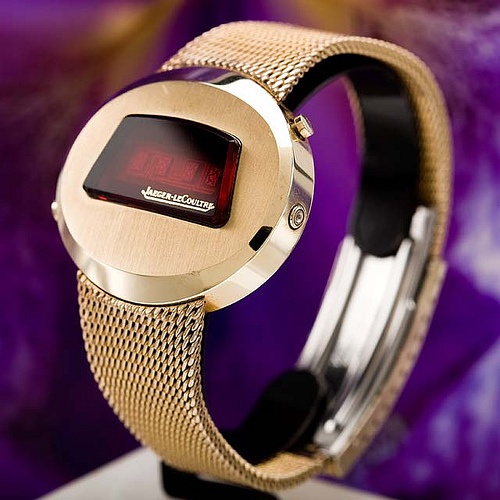 Even in some Reverso JLC used Quartz movements!

In the beginning they put a Q on the dial but nowadays I think they don’t do that any more. 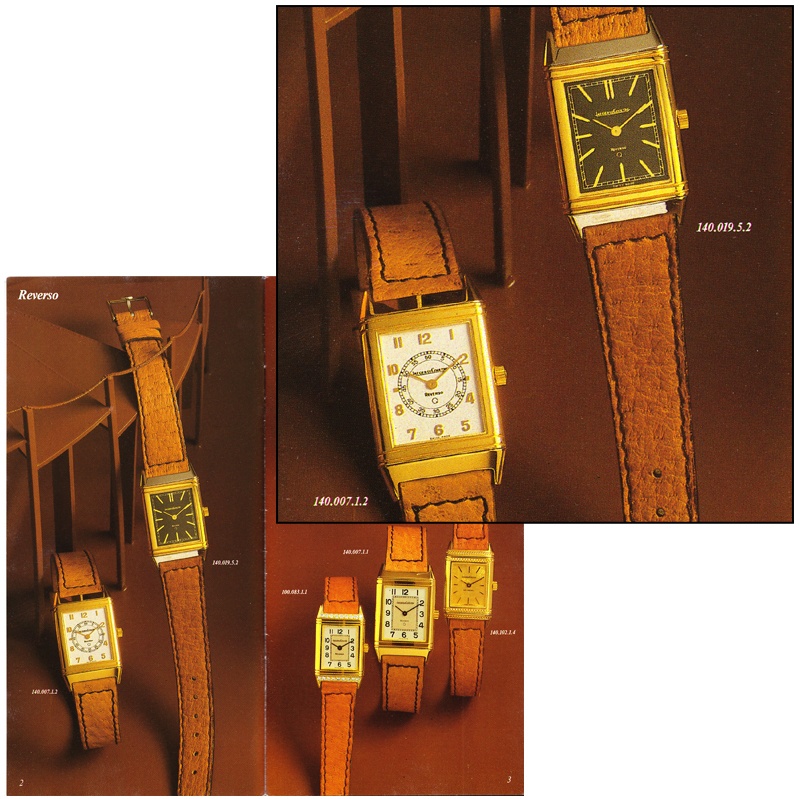 BUT, did you know that in the 1960’s Jaeger had a clock series they branded “Jaeger Electric”?

In the beginning the “ELECTRIC” was written in uppercases but at some point Jaeger changed the writing to “electronic” written in lowercases.

Also note the change from electric to electronic!

This part of Jaeger had separate logo!

This logo was used on the dial of the clocks. 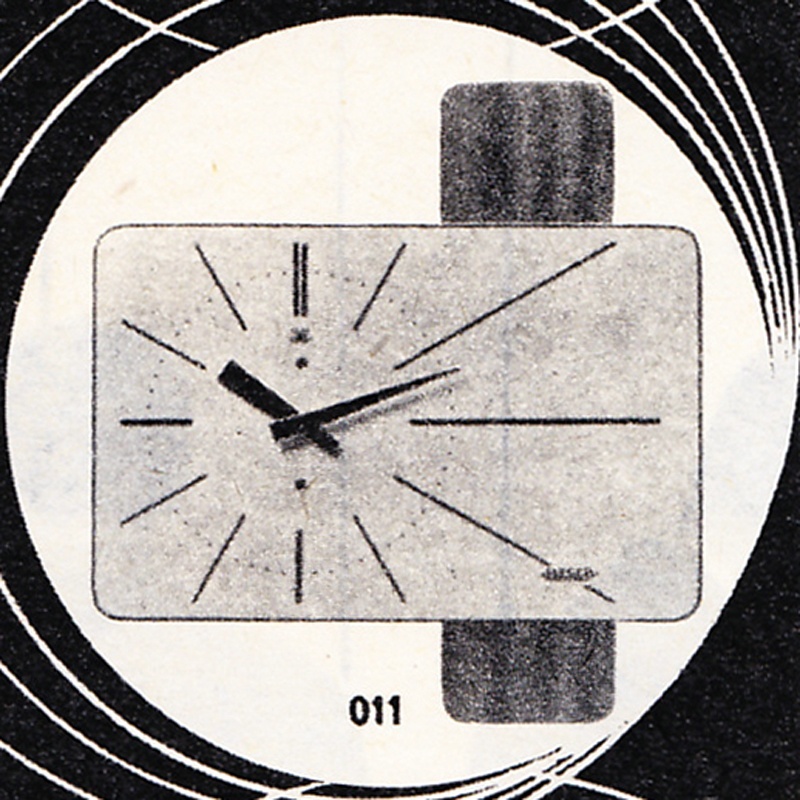 Difficult to see in the scan, but it’s the small smudge at 12 o’clock… 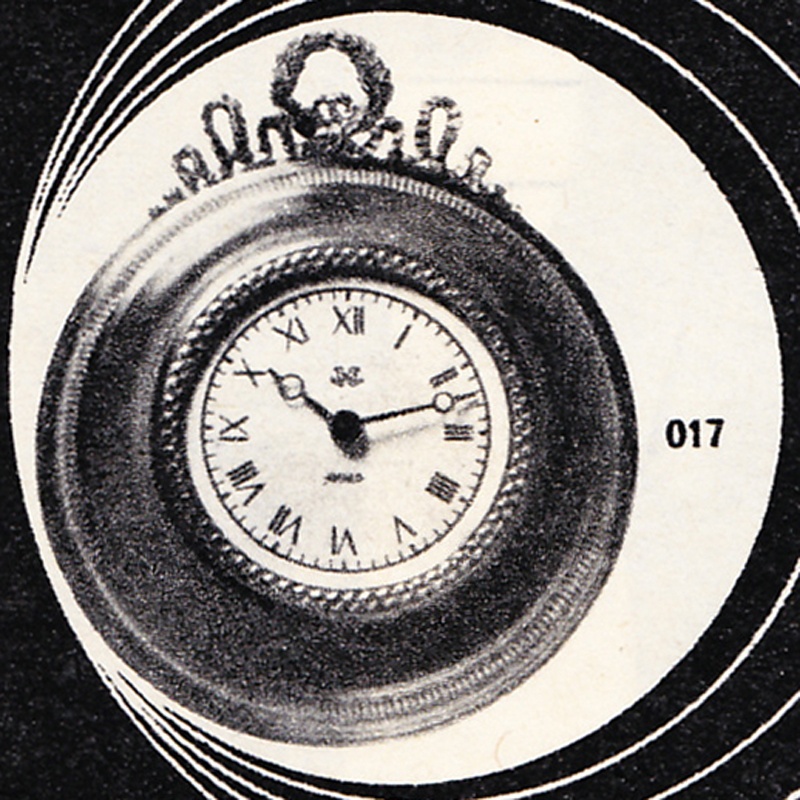 On this one it looks like its written Jaeger Electronic on the dial. 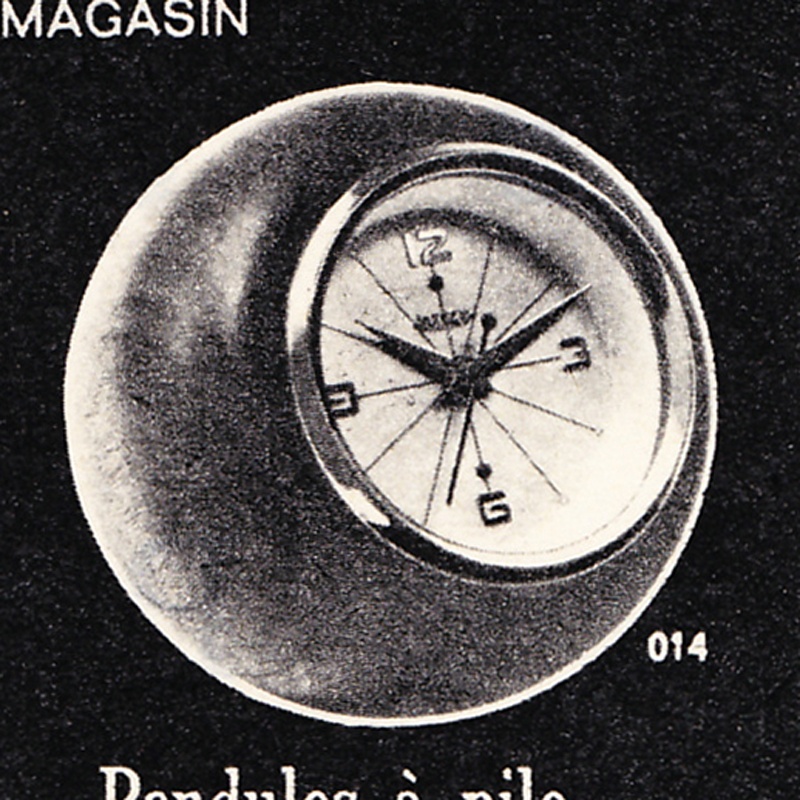 Not sure if these clocks was only on the French market or world wide.

Anybody got a clue?

In this ad it’s even harder to see, but I think its written Jaeger Electronic on all of the dials. 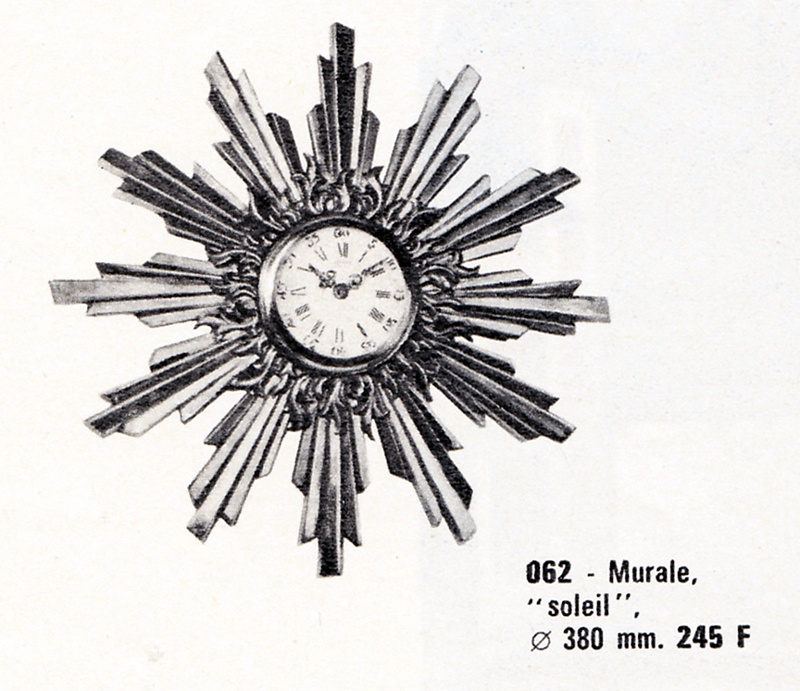 Jaeger did not only put electronic movements in “modern” clocks but also in “classic” looking clocks like this one. 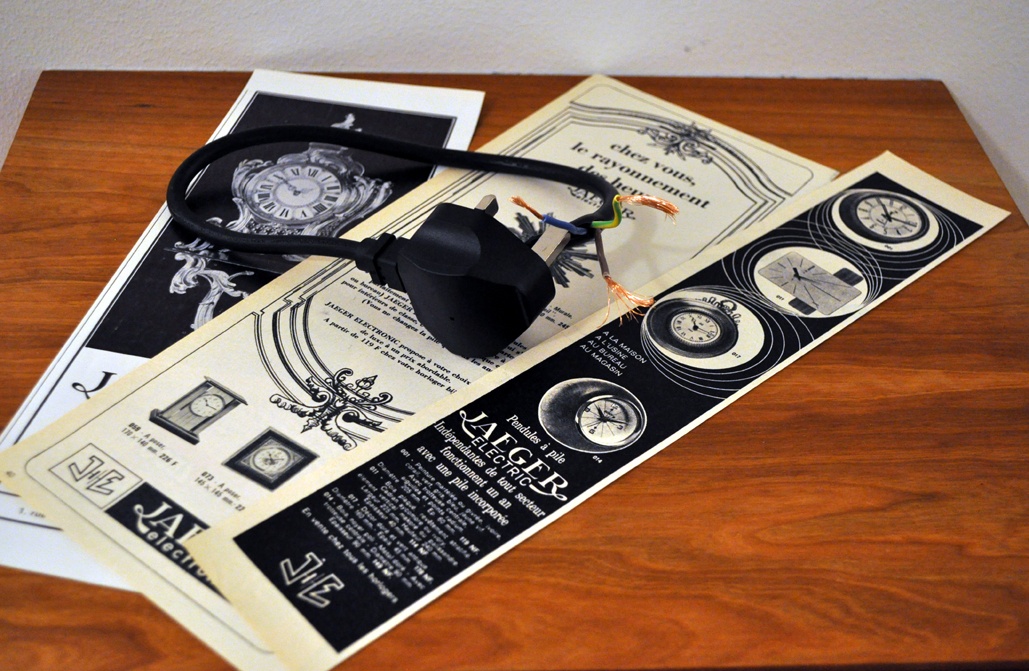 I wonder if there are more of these kinds of branches hiding in the history of Jaeger-LeCoultre..?

Thank you for reading Part #3 of this Vintage Ads Series.

By: blomman Mr Blue : July 3rd, 2011-02:15
Note: Due to technical problems I re-post this Part #3. Sorry for the inconvenience. Hello Vintage Jaeger-LeCoultre Lovers, After some R&R with friends I am back and ready with Part #3. During the 70’s and onwards, like most of the Swiss watch manufacture...
login to reply

By: amanico : July 3rd, 2011-02:19
I messed a bit when I edited your post to put it in the reference posts. I'm very sorry for the inconveniences, for you, and for all of us who answered to your post. Thanks for reposting! Best, Nicolas;
login to reply

No problem, my friend!

A bizarre periodin history in my opinion.

By: grigo : July 3rd, 2011-02:38
I am glad it is behind us. The LED watch reminded me of a Texas Instruments watch that I used to own. Bad souvenirs from my perspective. Best regards, George
login to reply

By: amanico : July 3rd, 2011-02:49
But on another side, it is always great to learn things we didn't dig out, by an evident lack of interest, or taste. Best, Nicolas.
login to reply

By: blomman Mr Blue : July 3rd, 2011-02:58
Well, basically I do agree with you! The look and feel of these watches is not for me… But if we only look at the technical part, it’s understandable! At that time new technology made it possible to make a more accurate watch to a cheaper cost. Of course ...
login to reply

It is all part of the history of the brand.

By: grigo : July 3rd, 2011-11:19
And as such is important to preserve and share. A great post Blomman. Best regards, George
login to reply

Few nuggets in the Electic collection

By: Marv : July 3rd, 2011-07:23
Hi Blomman, The electric watches or clocks are not my favorite family in the JLC universe. But there are some very nice objects, and it began before the 60s. For example, the beautiful mystery clock that you used in order to announce the series of article...
login to reply

Agreed, Marv. This " Mystery " is irresistible.

I did not know that!

By: blomman Mr Blue : July 3rd, 2011-10:35
Thank you very much for this piece of information, Marv! Never saw this one in real. Have you? Or you might even have it in your collection?! Best Blomman
login to reply

I'm ashame, my friend. Really ashame to have pressed the wrong button.

By: amanico : July 4th, 2011-03:26
And to have missed the picture of your case back. Stunning. aaah, byt the way, my msitake was not about your post, but about the wholme thread... Best, and sorry, Nilo. Nicolas.
login to reply

I was teasing you

By: nilomis : July 4th, 2011-03:37
The one that never made a mess with computers can throw the first stone. Cheers my friend.
login to reply

Thank you for chipping in again, Nilo!

By: blomman Mr Blue : July 9th, 2011-04:51
I know for a fact that the Dark Lord is not totally against quartz… Best Blomman
login to reply

Vlad put a dark spell on my Quartz

By: nilomis : July 11th, 2011-14:36
First, I dropped the watch, face down, trashing the plastic crystal (yes, plastic shatters!). My watchmaker did his magic and the watch was saved. Next, I went to a presentation and the watch stopped!! I don't recall the last time that I experience a "wat...
login to reply

Vlad is stronger than Quartz. ;) [nt]

Some additional info on the Electronic

By: BDLJ : July 11th, 2011-17:10
They aren't the same thing. I wonder if JLC actually used to the terms accurately, it might tell us about what was inside the clocks and what regulated them. Did JLC ever make quartz movements? I thought they just bought in the modules... I understand why...
login to reply

Thank you for the info, Nilo! [nt]

I agree in your point of view of quartz.

By: blomman Mr Blue : July 12th, 2011-14:23
And must confess that I know very little about the JLC Electric / Electronic / Quartz history… Best Blomman
login to reply