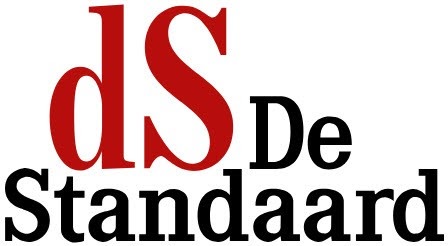 I will be watching for sure.

By: MichaelC : July 9th, 2018-16:48
France's front line is very good. Sadly, I missed the last game, but did see the others. I don't recall another French team being as physical and athletic. Croatia has looked great since the beginning. Belgium earned it too. But I think France v. England ...
login to reply

That I don't know. Hazard, Lukaku and De Bruyne are superb. [nt]

Fingers crossed for an open and attacking game. For the neutrals! [nt]

I hope we'll have a super match. Which should normally be the case with two great teams. [nt]

By: Adamska : July 9th, 2018-17:42
I know Belgium has a good team which has gotten to the semis entirely on merit but I admit to favoring France for the final . I obviously have no bias in it other than pure current-team preference in terms of game play. Cheers, Filip
login to reply

oh I need 2 more Reverso for tomorrow. On my time zone it will be the middle of the day. I've emptied my planning for 2 hours

The best French flag ever!

One of the most 'open' WC season ever!

By: KamalRostov : July 9th, 2018-19:36
I'm not predicting any teams but hope to watch beautiful games... May the best team wins, and I'm hoping without any penalty shootouts
login to reply

hahaha why not penalty?

I used to live in Paris close to Champs-Élysées / Arc de Triomphe de l’Étoile (8ème), so I should be supporting France tonight, but...

I’m happy to say that for me I would introduce the ...

By: dedestexhes : July 9th, 2018-21:55
Reverso with yellow dial, Thailand edition. red one and the more common black one 😀 When the tournament started France was my favorite to win it. Today I’m not so sure anymore as before. So with that: go Belgium go! Ps. We have Thierry Henry 😉 Dirk ...
login to reply

Last time I did that for the Portugal, they won... It was the finale against the Bleus... ;)

May the best team win...

By: KMII : July 9th, 2018-22:10
And as Dirk says, a similar Belgian Reverso flag can be constructed, too Hoping for great remaining games!
login to reply

How can I find The Rouge before the match begins?!?!

You don’t expect my support, do you ??

By: colinfredericwillsher1 : July 10th, 2018-04:32
and one who played in the same junior school team as Geoff Hurst - World Cup hero in 1966 - it pains me to say this, but I have thought from the first rounds that France will win whoever they meet in the final.
login to reply

The English Team is promising, too... [nt]

Yeees! Once again, he saved the Team. [nt]

We all are a bit nervous with this croatian team who seems to ignore fatigue. [nt]

I knew you would like this horological flag. ;) [nt]

One more match, and a finale is never an easy game... [nt]

Congratulation on the victory! [nt]

It was very stressful. Croatia played very well, I must say. [nt]

Yep! The walk in the park turned up as being a crazy run for the ball! History will remember the outcome, not our racing hearts ;) [nt]