I can't believe but Hamilton did it!

A version of the Khaki Mechanical without the date window!

38mm, powered by the caliber 2801-2 (handwind version of the 2824)... and I'm sure that the price will be fair. The watch is available first in Japan at the Hamilton boutique of Tokyo then available worldwide in January. 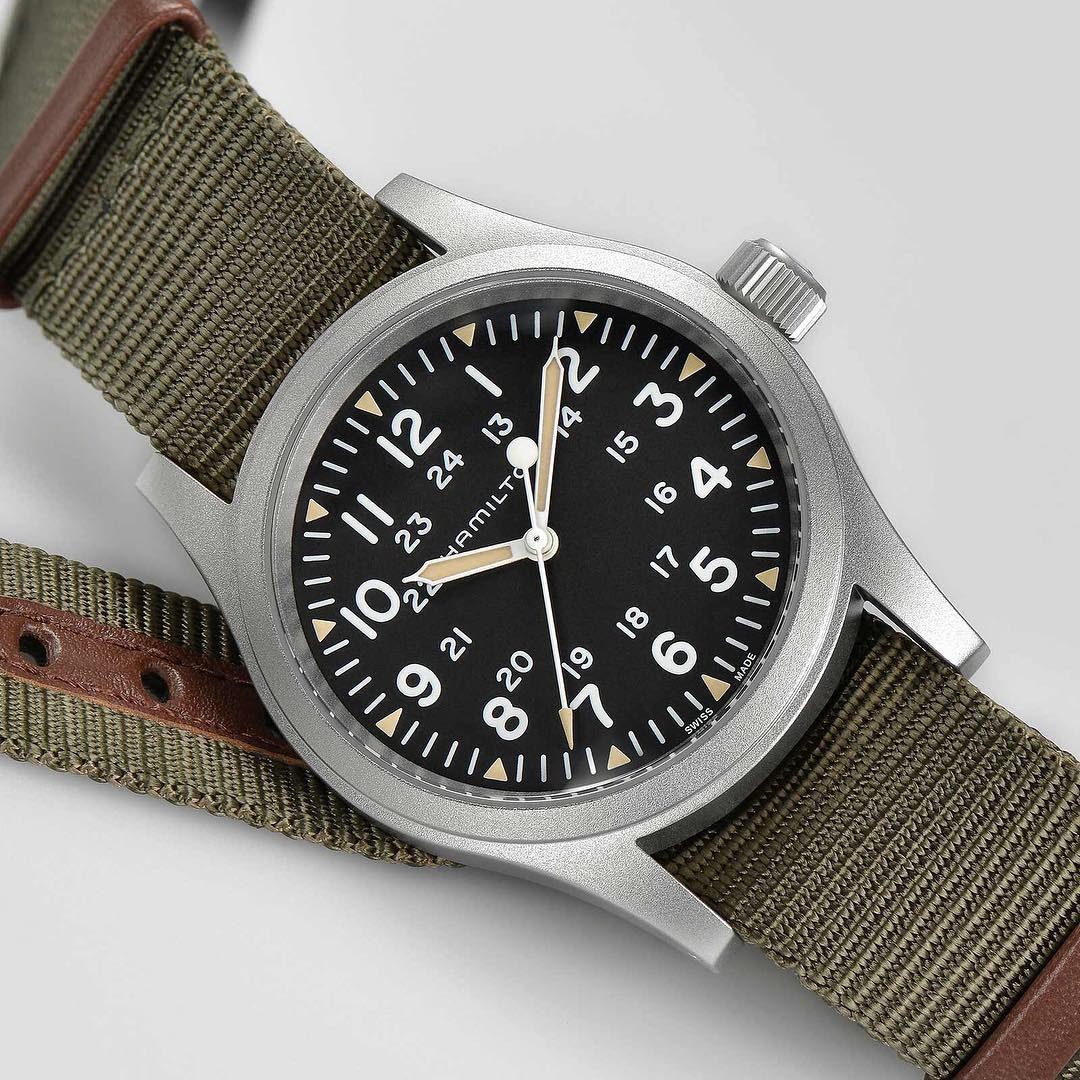 I can't believe but Hamilton did it!

By: foversta : November 24th, 2017-14:58
A version of the Khaki Mechanical without the date window! 38mm, powered by the caliber 2801-2 (handwind version of the 2824)... and I'm sure that the price will be fair. The watch is available first in Japan at the Hamilton boutique of Tokyo then availab...
login to reply

Yes, the price will definitely be much more friendlier... :) [nt]

Hopefully a sign of things to come in the industry. [nt]

yes, it is a true, I see more and more this type of watches even from Swatch Group (from Longines for example) [nt]

I was sure that you would like it! I should have bet! [nt]

really nice one. Just hope it won't be too thick [nt]

I hope the same but I remain confident. The 2801 is ok (even if not an extra slim movement). [nt]

It is good that brands dare to go against some more or less preconceived ideas (like a watch needs a date window to be successful...) [nt]

By: foversta : November 26th, 2017-02:27
I also got an overview of the future releases (still under embargo) but this watch was not inside. So you can understant my surprise. I need to move to Tokyo now. ;-)
login to reply

Wow, very nice! Do we know when it will be out and what the reference number is? Thanks for sharing. Best, É. [nt]

Sorry I don't have the ref number. The watch will be available in January. [nt]

Maybe this will be the next PPro community watch..

By: KC74 : December 2nd, 2017-03:47
Lucky it was timely, a good friend and family travelling in Japan and got him to stop by the boutique this morning to buy a few back for a band of brothers. Here’s some pics. Looks like a great military watch reissue with a simple handwind movt. ...
login to reply

Here are some pics of the Hamilton Khaki..

By: KC74 : December 16th, 2017-18:12
Altogether 3 were purchased from Japan by a friend who now resides in Singapore Pics taken by the first guy who received his while 2 more are awaiting logistic arrangement as both me and another are here north of Singapore 🤓 The IWC was my old one now liv...
login to reply

The watch is now available on the European eshop. I’ve ordered one [nt]