They had this one. Twice the price and only 3 years older! Also I've been told the tullamore dew is good too. Won't hassle you anymore😉 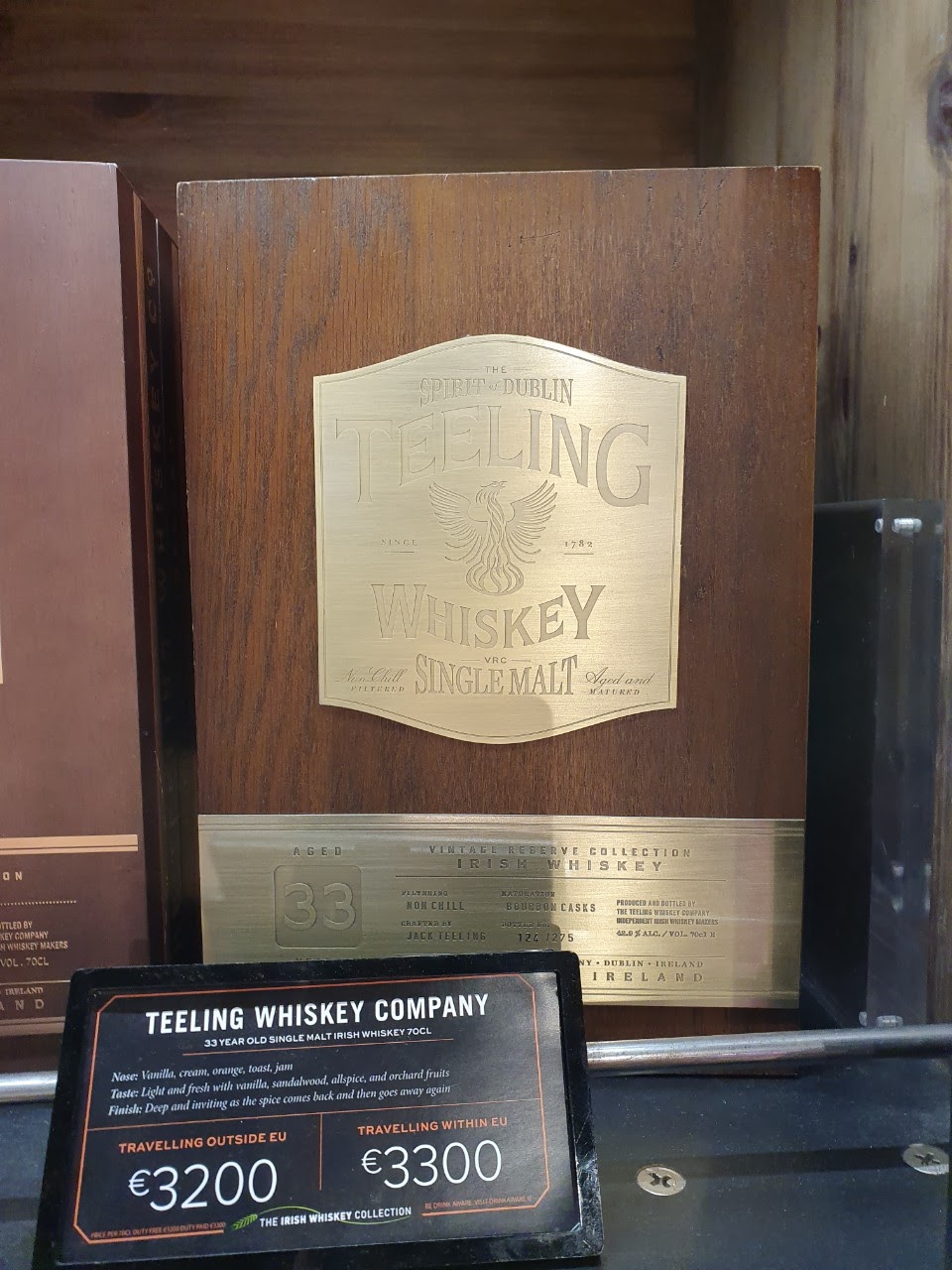 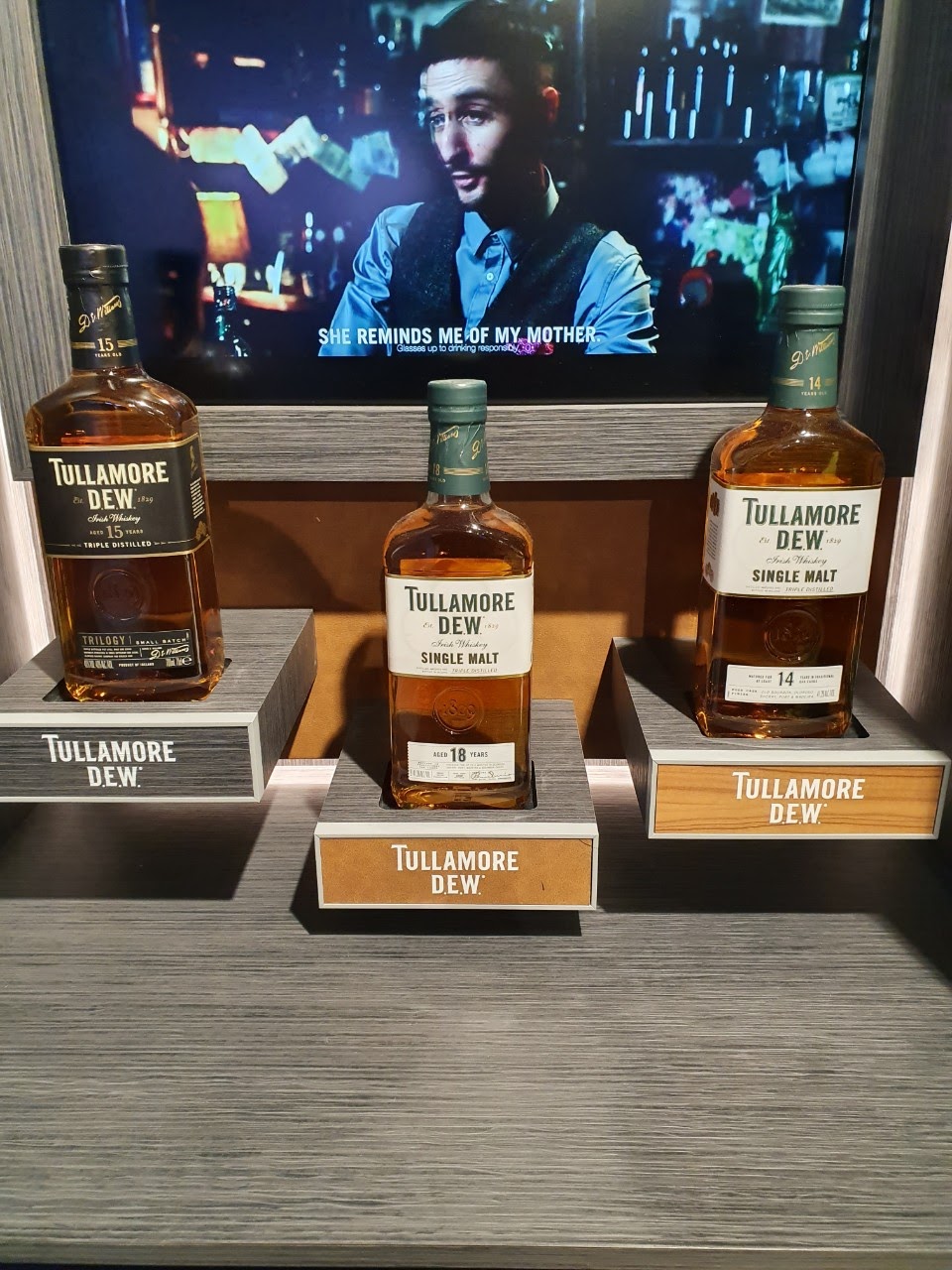 By: NickO : January 12th, 2020-17:00
I have four true loves in this world: my wife, my Cornish Rex Malcolm, watches and whiskey. Two of these passions constantly deplete my bank account, so thank God for my cat Malcolm and whiskey. Regarding the latter, I have spent the last few years explor...
login to reply

So where's the photo of Malcolm?

He’s making a cameo appearance as my avatar 😀 [nt]

By: kkochheiser : January 12th, 2020-17:47
Years ago I had a Cornish Rex in charcoal named Sneaky Pete. What a wonderful boy! Kent
login to reply

Sneaky is right! They are such awesomely strange and wonderful little animals, as much marsupial or simian as feline. Not really “cats” at all. Bengals are gorgeous, too! [nt]

By: kkochheiser : January 12th, 2020-19:08
The little girl who lived next door asked if I had a monkey? Pete would ride on my shoulder and I’m sure that’s what it looked like. I miss the boy! By the way, that looks like a wonderful dram! These days I get my best from the Scotch Malt Whisky Society...
login to reply

Malcolm is a shoulder rider, too 😀

By: NickO : January 12th, 2020-19:32
I think if you push their ears down a little, they all look like baby yodas, LOL. Teeling is one of the large, great Irish distilleries along with Midleton (who own Jameson), Bushmills, Kilbeggan and Dingle, among others. There are so many great Scotch wh...
login to reply

I’ve had many long nights on Whiskey and Woken up the next morning with no memory!😟 Cheers Dave [nt]

I much enjoyed your text and just had a whiskey myself. You describe it perfectly! [nt]

Thanks Reuven, I had fun putting this together! 😀 [nt]

Thanks for your review, NickO. I don't know a lot about Whisky, but you gave me the will to start! [nt]

Happy to be a whiskey enabler at any time 😀 [nt]

Beautifully written review, makes me want to kick off my first American week of the year by becoming a whisky collector!😀🥃 [nt]

By: COUNT DE MONET : January 13th, 2020-00:44
What is the point in that, if you are a whiskey drinker? I am new to whisky and have not gone over 18 years single malts and as much as it looks like it will stay like this. The reason is that there are already some fantastic whiskies or bourbons under or...
login to reply

I agree with you, Count, there are some amazing whiskies to be found around the 100 Euro price point

By: NickO : January 13th, 2020-08:19
And I also feel there’s a natural quality improvement around 18 years of maturation, so many great 18yo choices. One could be very content to enjoy these whiskies and never go further. For me, my whiskey journey looks a lot like my watch journey. As I lea...
login to reply

By: TheMadDruid : January 13th, 2020-08:13
You've come through gloriously! I recently read about this bottling and couldn't find it. I tried Teeling's Single Grain which, frankly, I do not care for. I much prefer Red Breast in that price range. But what you have before you must be nectar for the G...
login to reply

This is the best Irish Whiskey I’ve ever tasted 😀

By: NickO : January 13th, 2020-08:39
I’ve had Red Breast 12yo, don’t think I’ve tried Powers. I’m on the hunt for some rare Midleton branded whiskey, but I have a number of their Jameson whiskies including the 18yo and The Bow Street 18yo. The comparison is not ever close, it’s silly. It’s l...
login to reply

Enjoy. I would try Powers gold label 12 year old reserve or any

By: Hulk : January 13th, 2020-14:13
Of the older Red Breast 15 or 20 year old aged whiskey without breaking the bank. The Powers is very smooth and sweet. Was this whiskey produced by Teelings? as Teelings only started out as Cooley distillery back in 87 but it didn't open till 89? A lot of...
login to reply

Thanks for the suggestions, I'll have to track those down!

By: NickO : January 13th, 2020-14:40
This expression is part of the Vintage Reserve Collection. They've released a few others beforehand, including in 2014 the 30 Year Platinum release which was distilled in 1983, four years before John Teeling founded The Cooley Distillery and six years bef...
login to reply

By: Hulk : January 13th, 2020-21:47
Plus the usual very rare Middleton. Should have bought those for the years my kids were born but there still available. Saw this other you may be aware of . Ps it's 21 years for the red breast not 20. Typo. Cheers S ...
login to reply

That's great! I had to smile: The three best places to buy Irish Whiskey, (1) Directly from the distillery (2) The Celtic Whiskey Shop (3) Dublin Airport :) [nt]

LOL, not hassling me at all!

By: NickO : January 16th, 2020-10:59
That’s the Teeling 33yo I referenced in my initial post. Limited to 275 bottles and sold out at the distillery and The Celtic Whiskey Shop. I’d love to try that and see how it compares to the 30yo, but at that price point I’d want to start with a 3cc samp...
login to reply

If you don’t mind a little wait

By: TheMadDruid : January 13th, 2020-15:26
try the Celtic Whiskey Shop in Dublin. They have quite a few private bottlings of Midleton and Powers. They ship here.
login to reply

Thanks. Did you get my PM this morning? [nt]

That's so strange! I got your PM, so I just replied to you. Hopefully you'll get this one! [nt]

I'm going to pm you again, with secret information. [nt]

Thankfully, I quit drinking pretty much altogether seven months ago, or else . . .

By: Dr No : January 14th, 2020-17:51
. . . I'd be searching for a bottle of the stuff now. You're persuasive, I'll give you that. Had my whiskey period, followed by a stretch with bourbon and then tequila, with ale overlapping and dominating all of them. Partial to Irish, especially Powers; ...
login to reply

Until I saw the saddy face I was going to offer you some Powers 17.

By: TheMadDruid : January 15th, 2020-09:58
I know where there's a place called McSorley's. Isn't that a coincidence? Though I guess it might close down. The owner just died.
login to reply

Would love to try this, sadly not available where I live... [nt]