I didn’t know, and you probably did not either.

When I discovered FP Journe's watches I could immediately see that they were both very special, fantastic and unlike anything else I have seen before, and I learned what Invenit et Fecit meant and thought it was a fantastic credo that collects the man, his amazing ideas and his sublime craftsmanship.

Later I learned that F.P. Journe probably chose his credo but he did not invent it. However, it takes nothing from F.P.Journe, on the contrary it shows that his work is not only special and amazing but also has deep roots in the horological history.

I found the phrase Invenit et Fecit on dials and calibers dating back to the 1700s.

Now I'm guessing, but F.P. Journe may have seen the term back in the time when he worked in his uncle's watch workshop, I know from the F.P Journe´s book that there were watches made by Jean-Antoine Lépine in the uncle's workshop.

For your pleasure, I have attached four pictures that show the frase Invenit et Fecit used over time 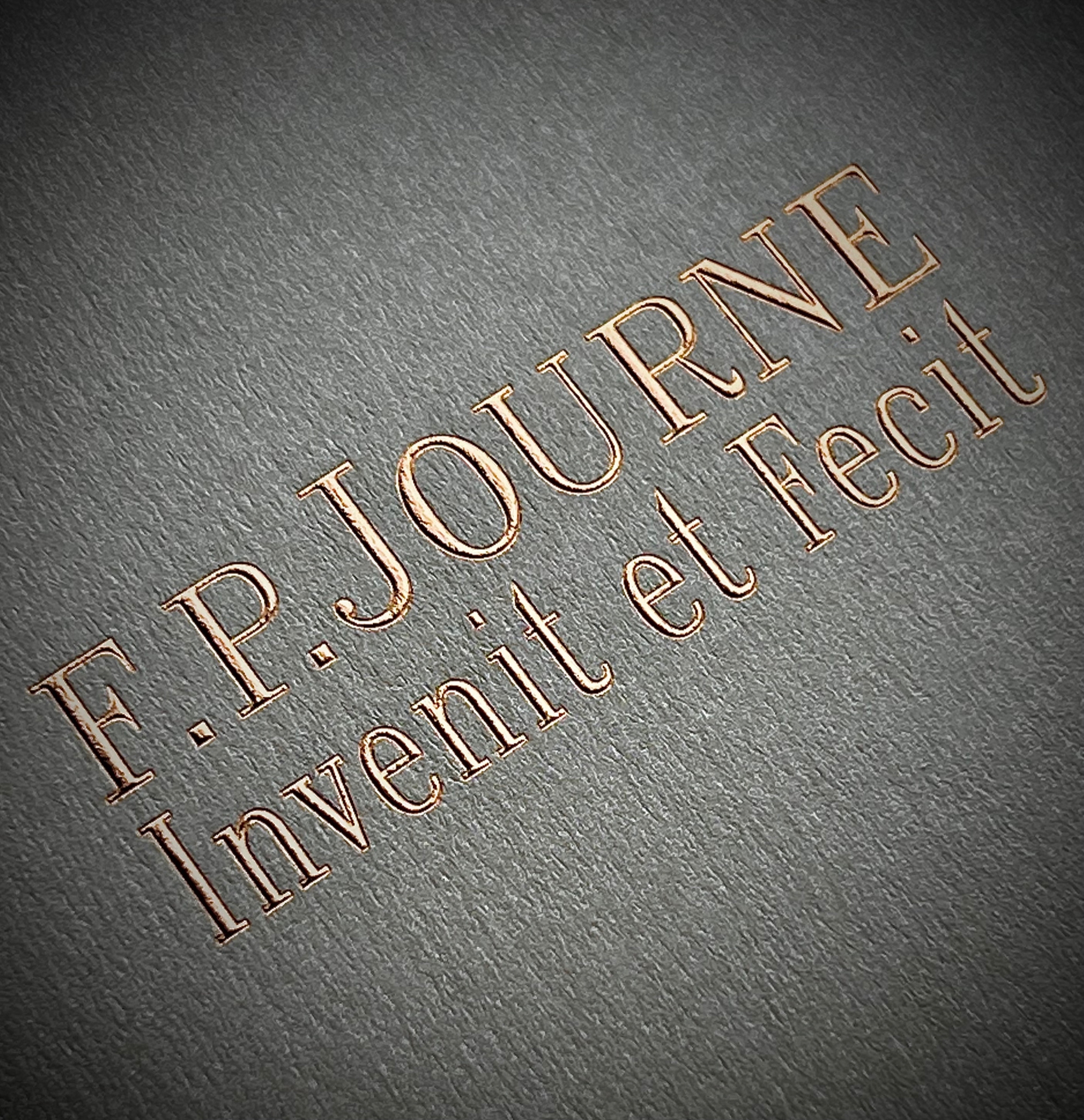 I didn’t know, and you probably did not either.

By: robert10 : November 25th, 2021-17:40
When I discovered FP Journe's watches I could immediately see that they were both very special, fantastic and unlike anything else I have seen before, and I learned what Invenit et Fecit meant and thought it was a fantastic credo that collects the man, hi...
login to reply

Thanks for the very interesting and informative post, Robert 👍🙏

Thanks for sharing. Indeed the direct inspiration for use of the phrase was from other French watchmakers who used the same phrase in the 18th century.

By: Jay (Eire) : November 25th, 2021-20:23
His intention, as it was those hundreds of years ago, in using this phrase was to clearly identify that he had conceived the movement.
login to reply

It was used, as Jay says, by watch makers to say they had conceived the movement and manufactured it,

By: ChristianDK : November 25th, 2021-22:15
There are several abbreviations of the spelling n variations samples. I think if you google around you can find more on the subject. Also you can do a forum search. Several old posts on the subject worth a look. Best Christian
login to reply

By: robert10 : November 26th, 2021-09:07
Thanks for pointing out the search feature, I'm a beginner when it comes to WatchProSite. I will definitely spend many hours here. I can see that there are several fantastic posts regarding the Remontoir de d`Egalité. Looking forward to the weekend
login to reply

I don’t, it was a general quote by Francois-Paul in a magazine article in the early 2000s. Here’s the quote.

By: Jay (Eire) : November 25th, 2021-23:07
“Invenit et Fecit was the inscription that 18th Century French horologers engraved on their pocket watches, once their movements were recognized as original and recorded by the Royal Academy of Sciences. Since I only use new calibres of my own invention, ...
login to reply