Well the 'rule' for Dressing Correctly - the unwritten rules

I'm often in Dubai or Katar when on the way to the Far East - let's see.

There are basically only two dressing rules accepted in the western world:

-Dressing the British way - The Inventors of 'modern' male dress (by George Bryan 'Beau' Brummell) and later refined certainly by King Edward VII and his London tailors (Henry Poole).
-Dressing the Italian way - with the concept of 'Sprezzatura' invented by Baldassare Castiglione and performed perfectly by Giovanni Agnelli.

Both (Italian & British) wouldn't close the button.
It is said the button rule - don't close the lowest button - was invented by Edward VII (and his needs). Look at the sample pictures, whether the jacked nor the waistcoat lowest buttons are closed. 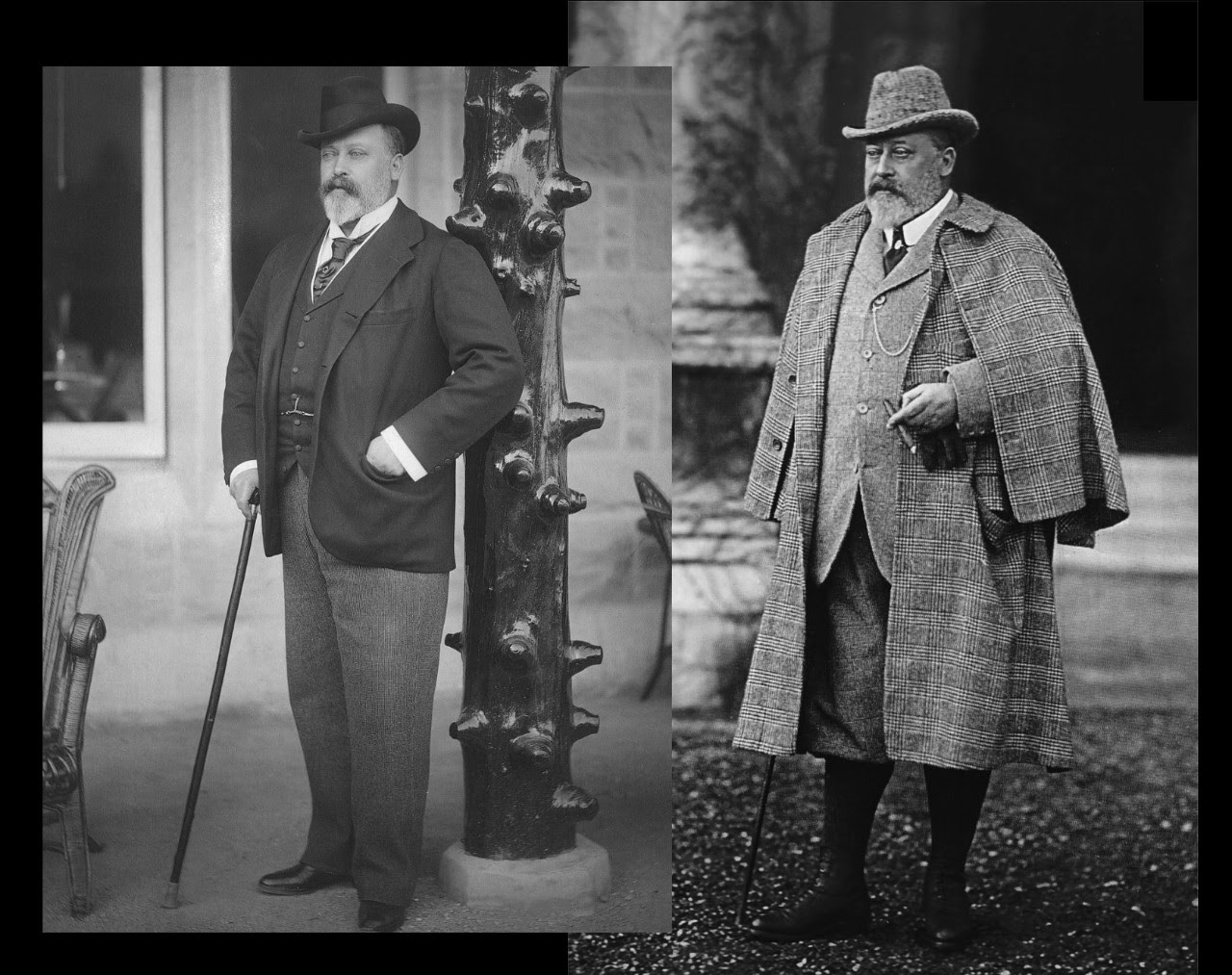 Thanks for the information. Those who are in London are lucky! [nt]

For those aficionados who want to see the real vintage stuff.

By: anon438 : July 4th, 2019-11:42
Just to get a glimpse of understanding. The recommendation for the aficionado - It is in deed worth a short trip to London. Look at that stunning beauty! Time a la minute - ding, ding, ding ...
login to reply

London is always the place to be ! [nt]

London, always the place to be

By: anon438 : July 4th, 2019-21:13
The who is who? The Queen and the Royals Where to stay? The Claridge's What to drive? Rolls-Royce How to dress? The Savile Row Some furnishings? William & Son
login to reply

Hopefully not to late

By: Jurry : August 15th, 2019-11:50
I might be to late for the event but hopefully not to late to share some pics with you that come pretty close to your list Driving: Rolls Royce (by driving I mean being driven) Watch: Vacheron Constantin Historique 1921 Platinum for me and the VC 1921 rd ...
login to reply

The quality will remain long after the price is forgotten...

By: anon438 : August 15th, 2019-23:04
Hi Jurry, Nice to see you enjoining your time. You are one of the very few privileged, who understand what I'm talking about from your own experience. I see you like the starlight headliner, therefore look at that: Rolls-Royce Luminary Collection But bein...
login to reply

By: Jurry : August 16th, 2019-00:55
I’m glad you confirmed the one button issue because my wife and I have the eternal debate on this. Reason in certain countries it’s one others it’s two buttons. Haha Most of my suits are Dunhill. They have a fantastic service whereby once per quarter a ma...
login to reply

Well the 'rule' for Dressing Correctly - the unwritten rules

By: anon438 : August 16th, 2019-02:09
I'm often in Dubai or Katar when on the way to the Far East - let's see. There are basically only two dressing rules accepted in the western world: -Dressing the British way - The Inventors of 'modern' male dress (by George Bryan 'Beau' Brummell) and late...
login to reply

By: anon438 : July 4th, 2019-20:58
Vacheron Constantin brings the exquisite Les Collectionneurs collection of rare vintage pieces to London, 37 Old Bond Street. To see the pieces in the metal, call +44 207 578 9500 or email the Europe concierge to make your private appointments.
login to reply