I admit that's a cryptic title. What it means is we walked with two Seikos, rather than one. And you have seen both before, but not together. Here they are in 2004 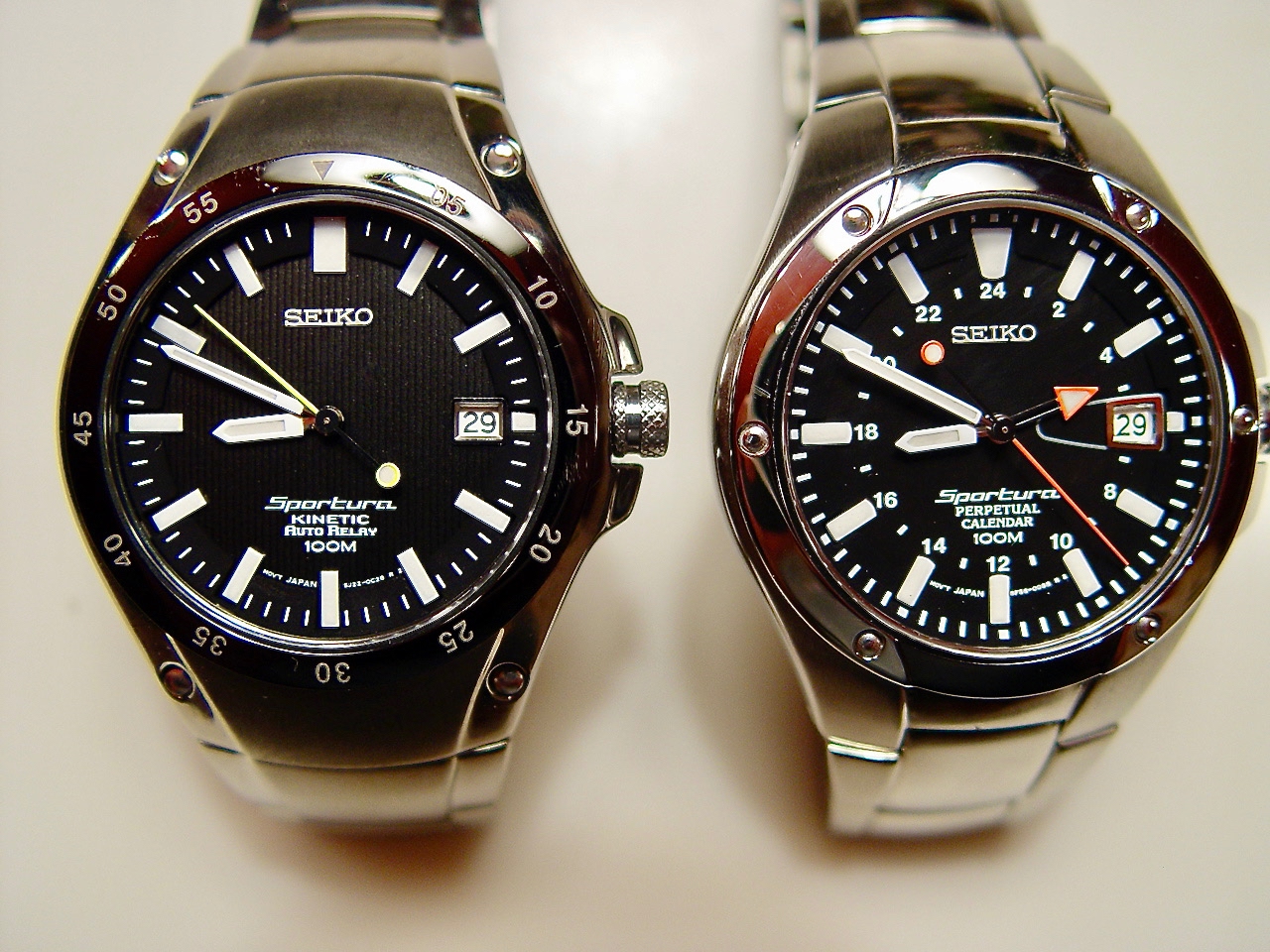 Not only did we carry two watches, but we walked (sort of) where we have walked before. At least the scenery was the same if not the path. The RED path was when we walked near the Admiral Baker Golf Course (Frost on the Fairways), and yesterday's stroll was in the area marked with YELLOW lines. In both cases we drove a bit and walked a bit. 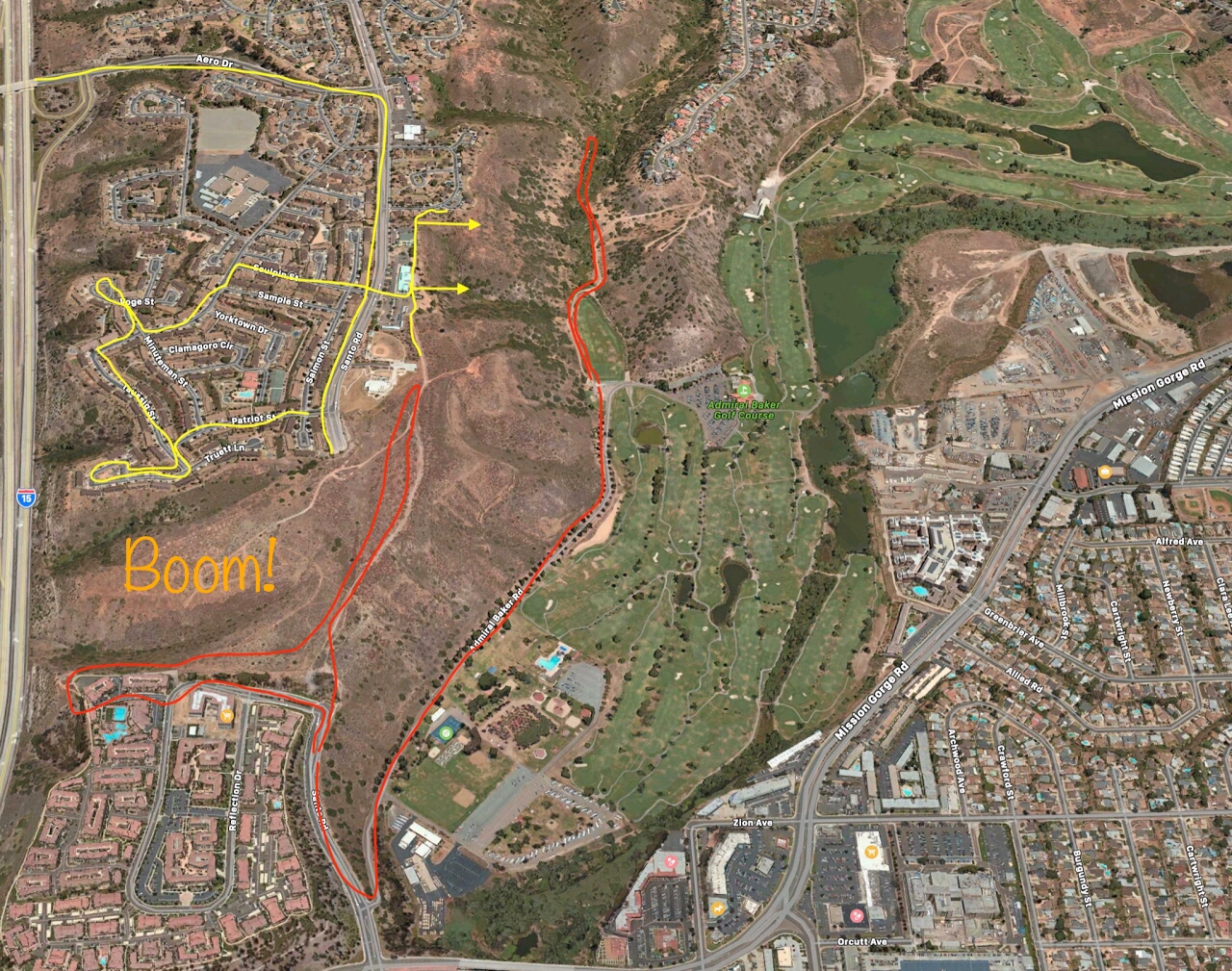 I admit to being greatly surprised that our yesterday walk actually took us right to the same place we were blocked last time by fences and "Explosive Ordnance" signs. 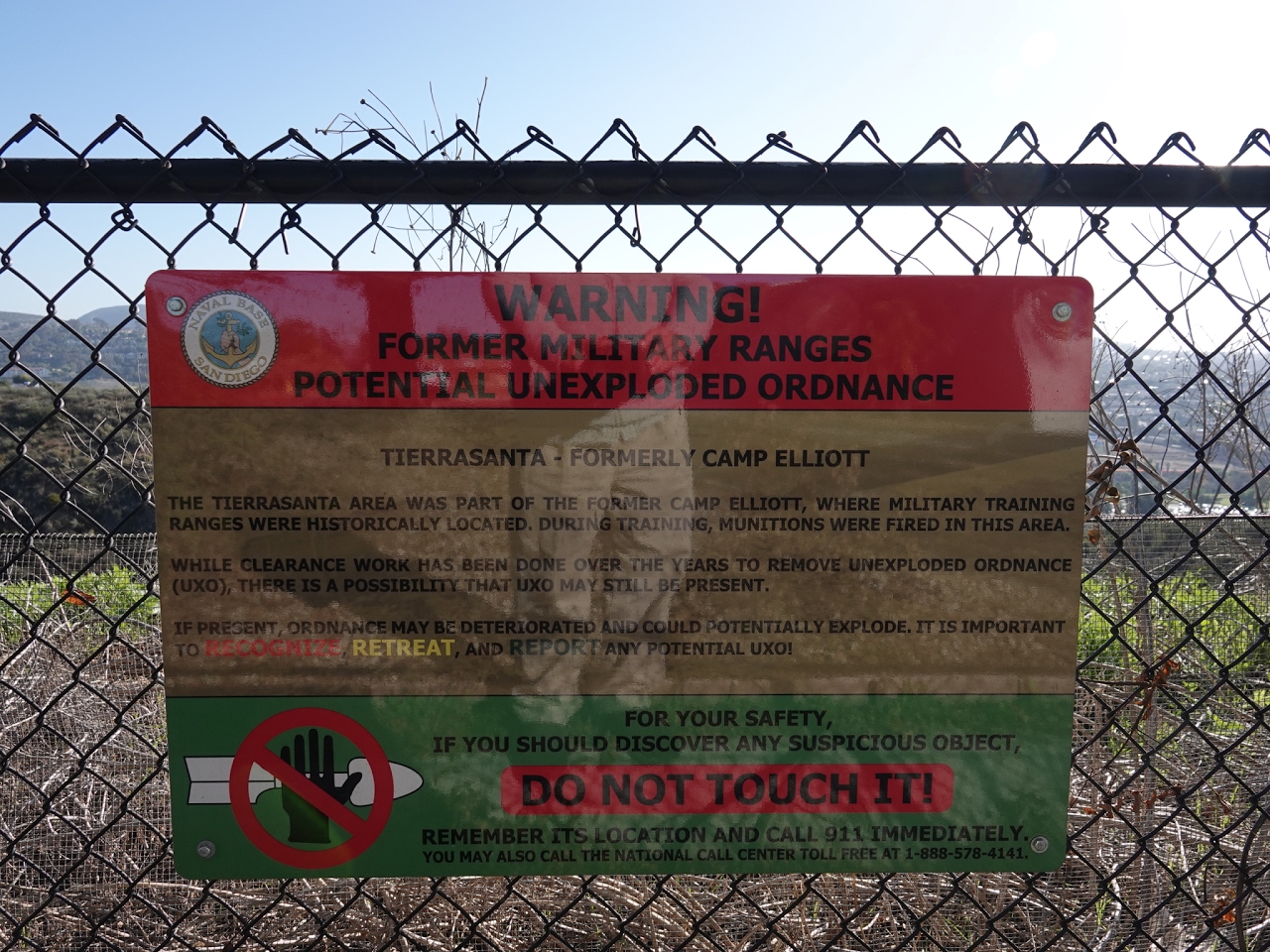 Only this time we were on the other side of a fence, looking out at a narrow "explosive" corridor that separated two residential areas where houses and apartments were built.
The only residents we saw were small, furry and fast. 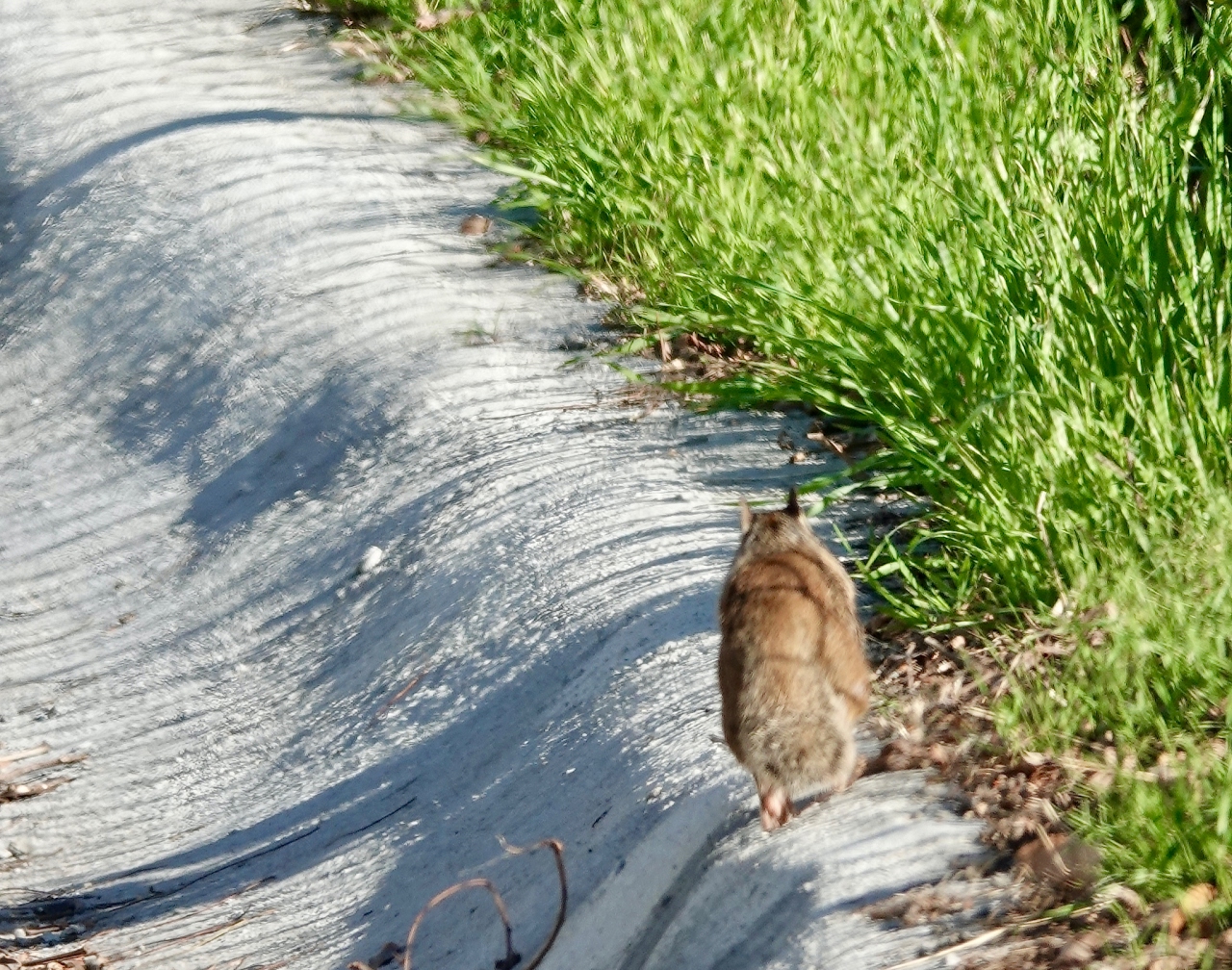 Ground squirrels live a lot longer by being very cautious! 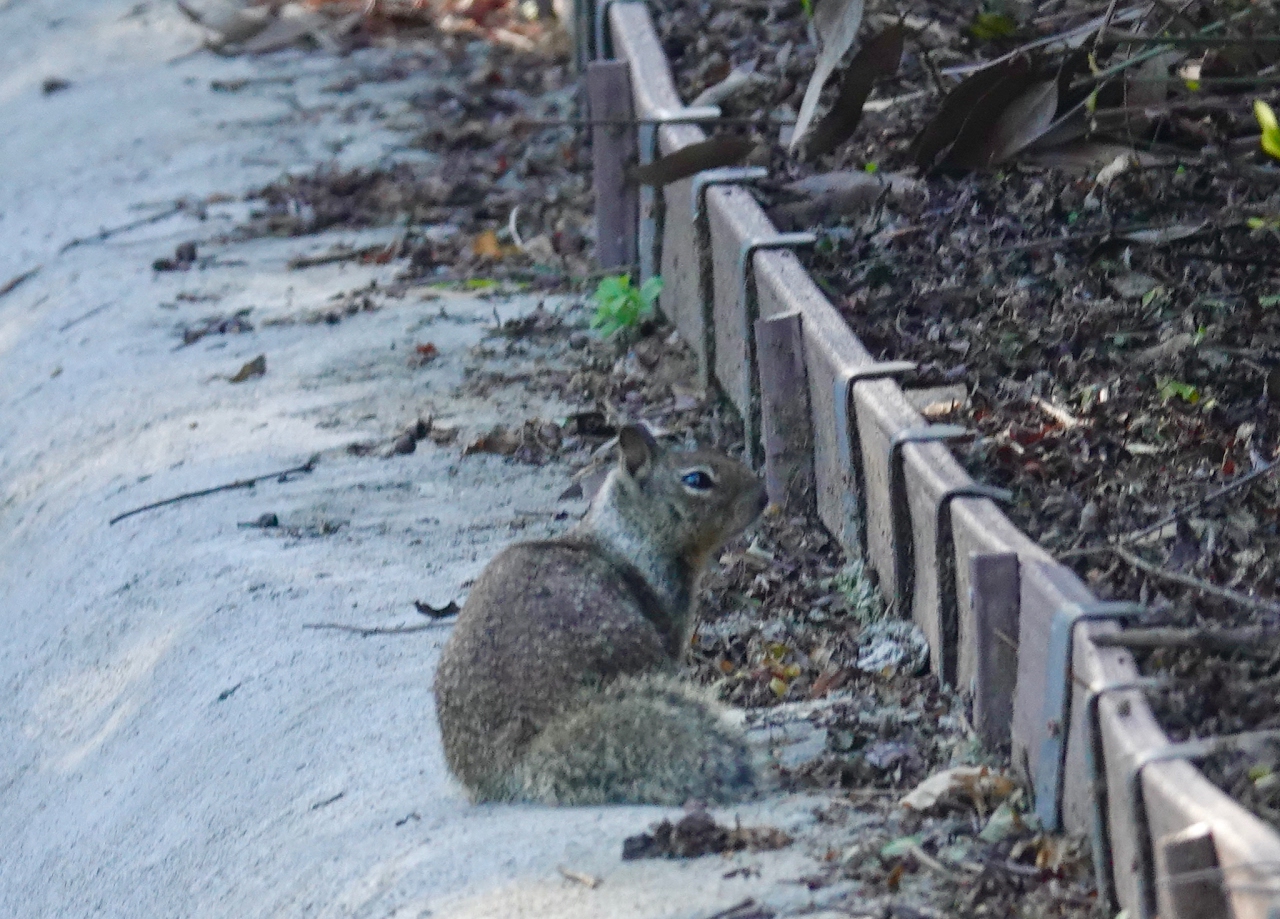 I'm fast enough with the camera, but not THAT fast. 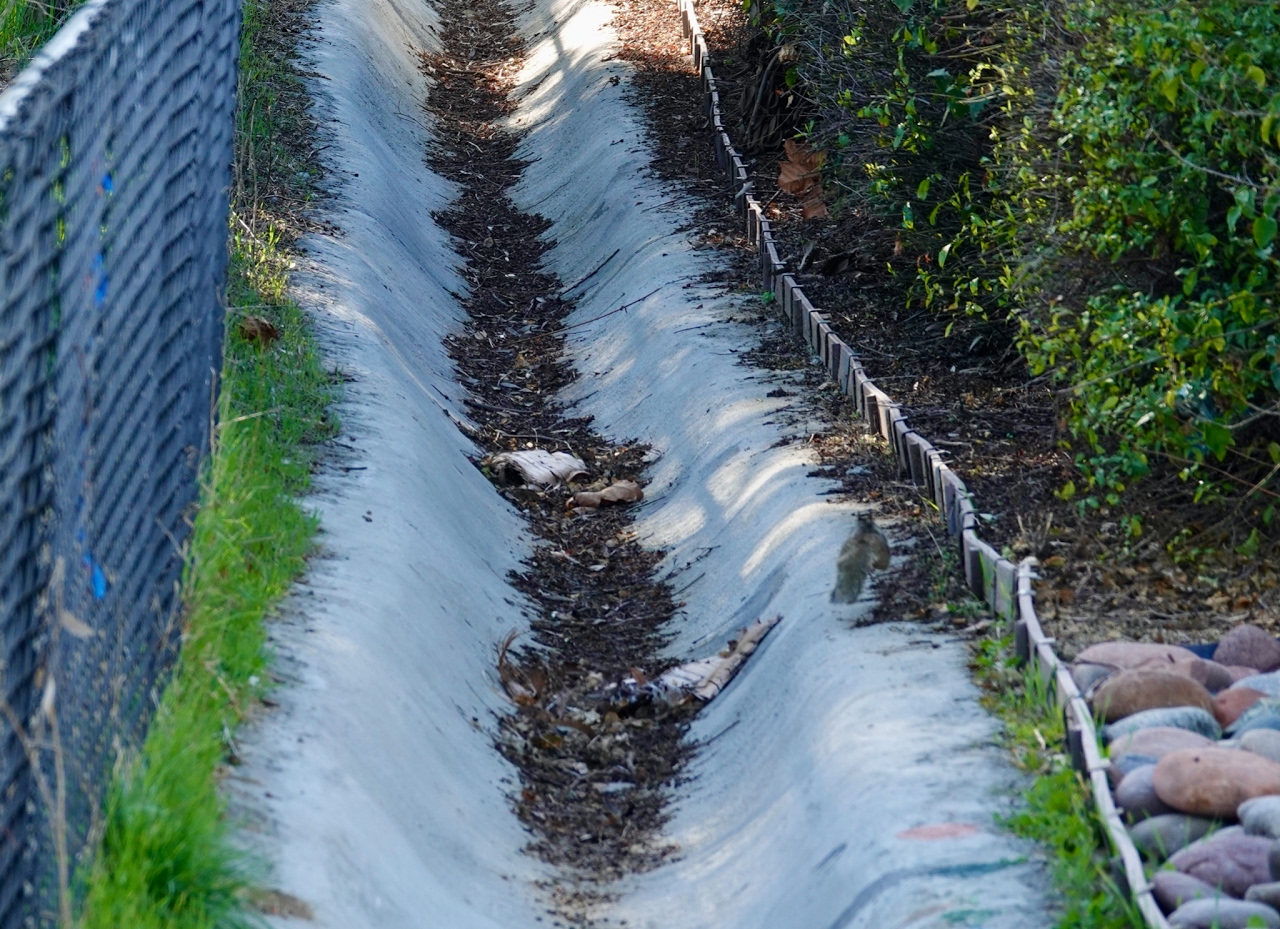 Here's the view out towards Admiral Baker, over the practice driving range, and I can see a lot of cars in the parking lot (to the right) 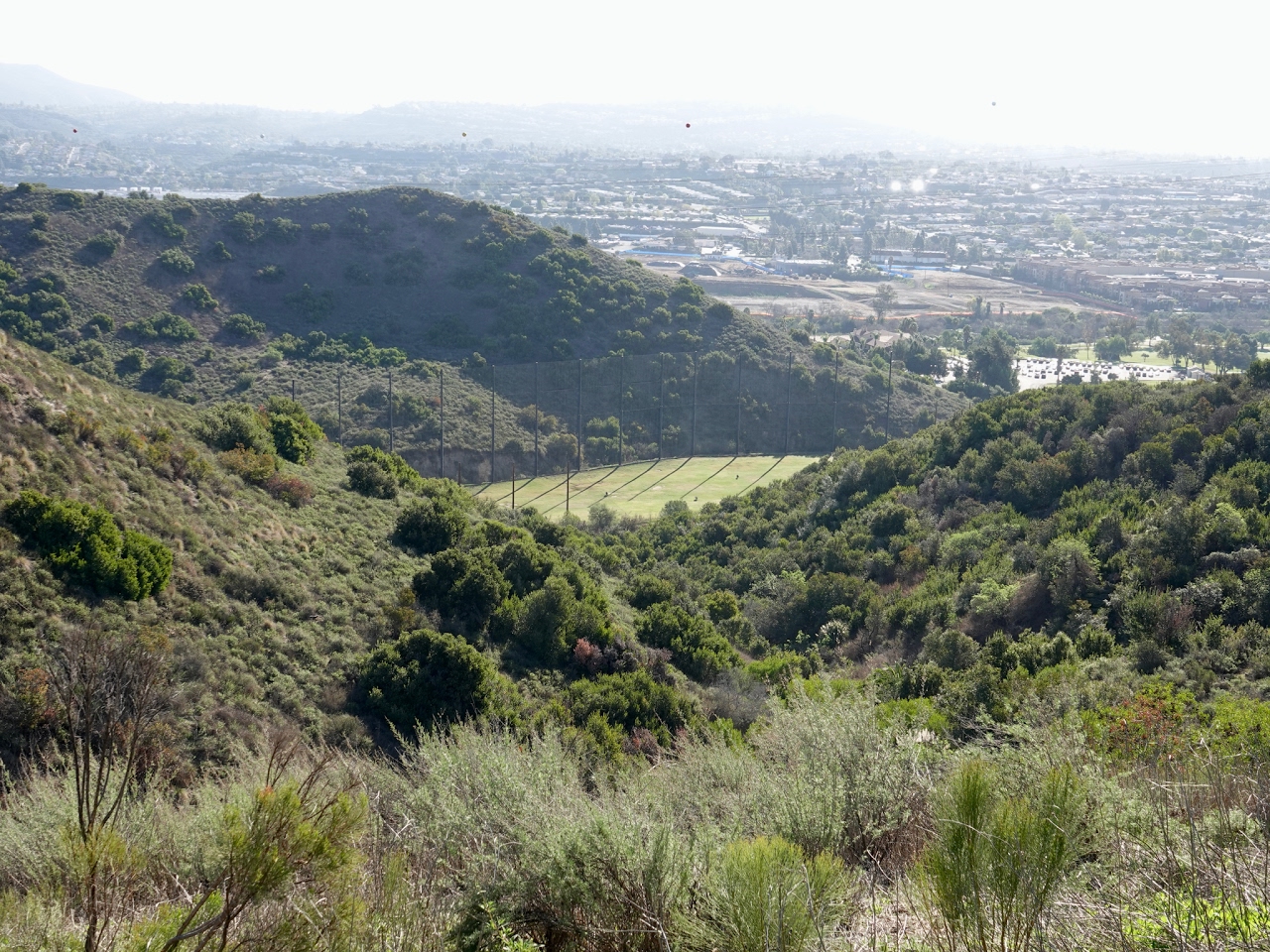 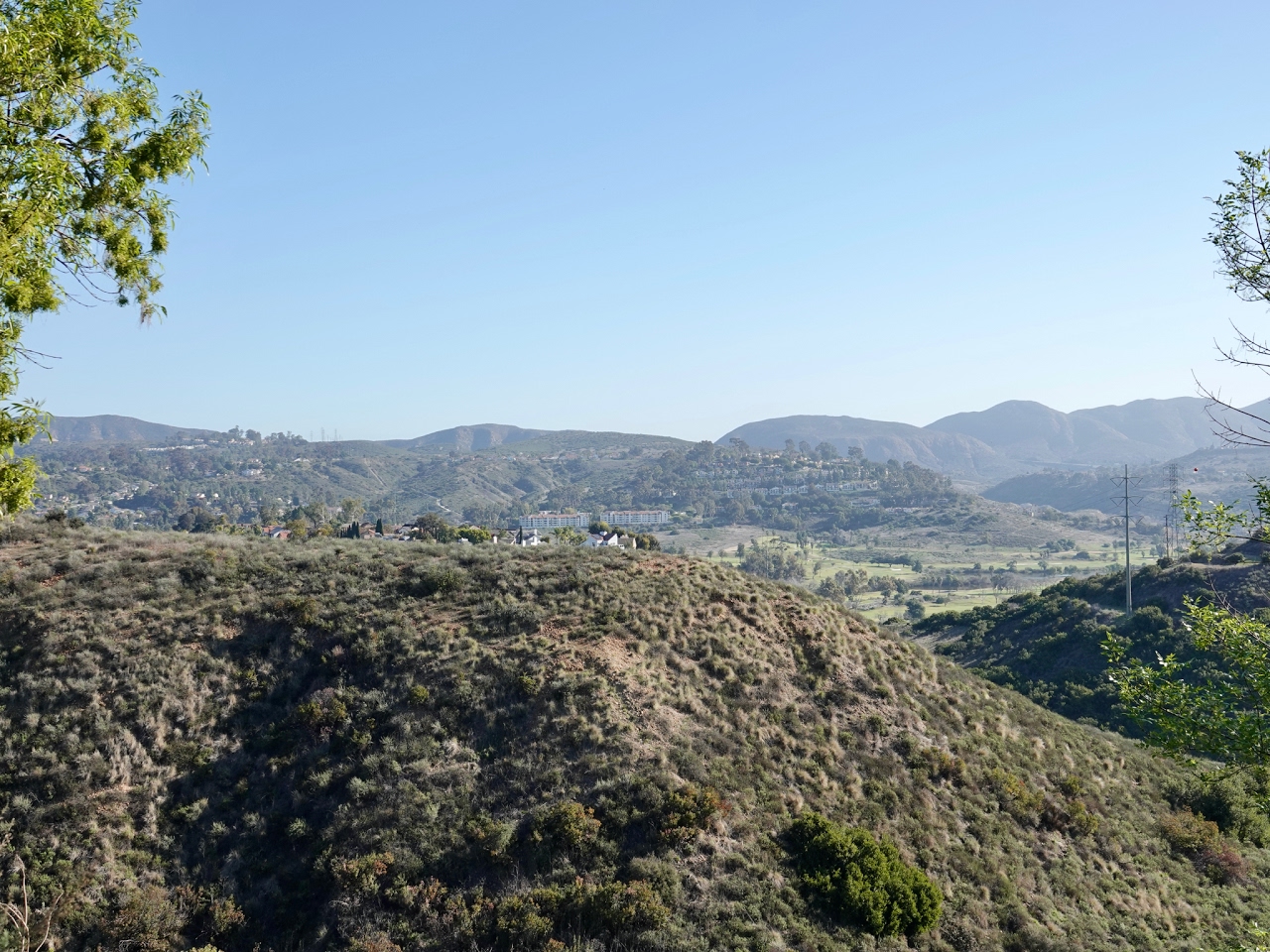 We heard a tap-tap-tapping and finally pinned the noise on this red-headed woodpecker. He didn't come around enough for a clear photo but I did spot him and get a focused shot. 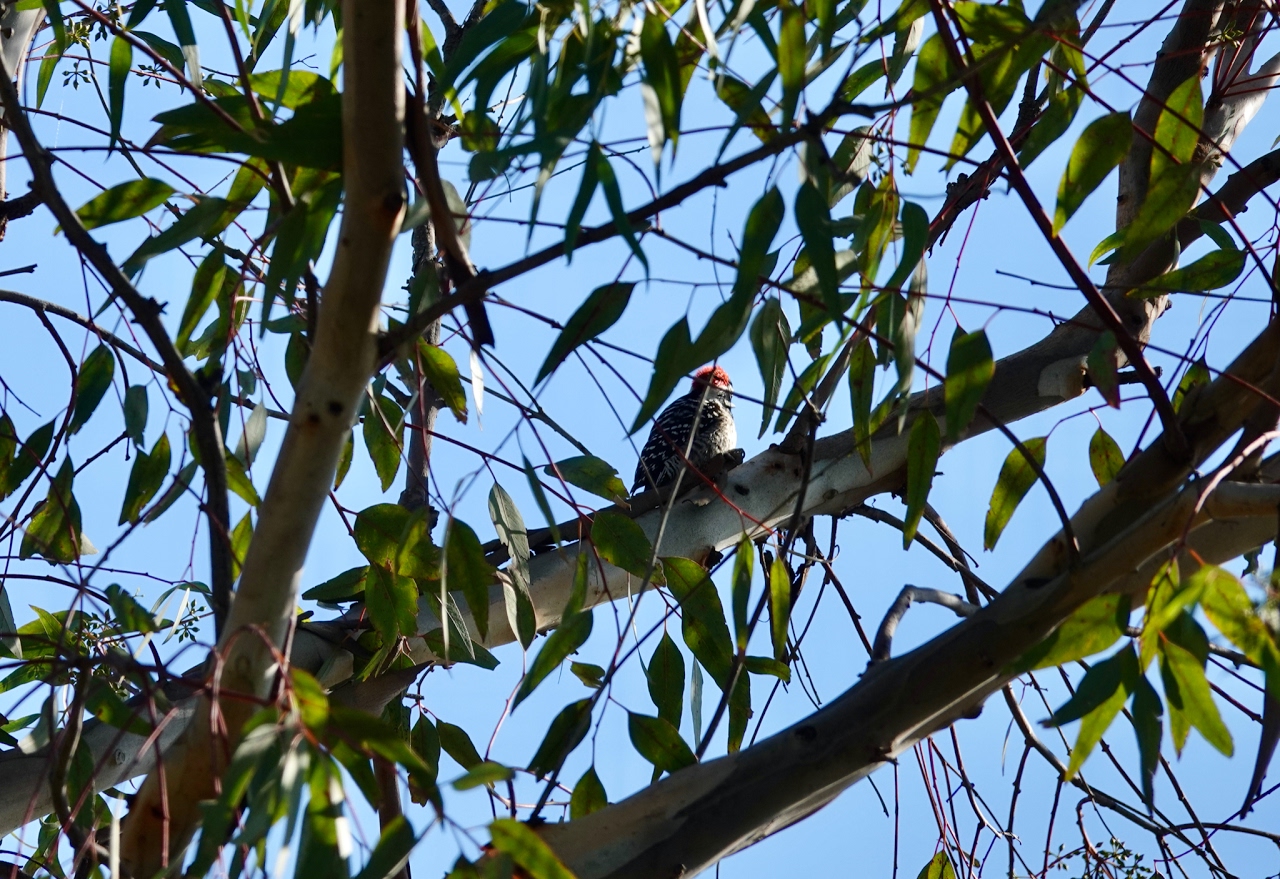 And while I did spot this guy, and lock the camera in on him, I have to give credit to my wife for pressing the shutter because there was a glass panel blocking my angle. 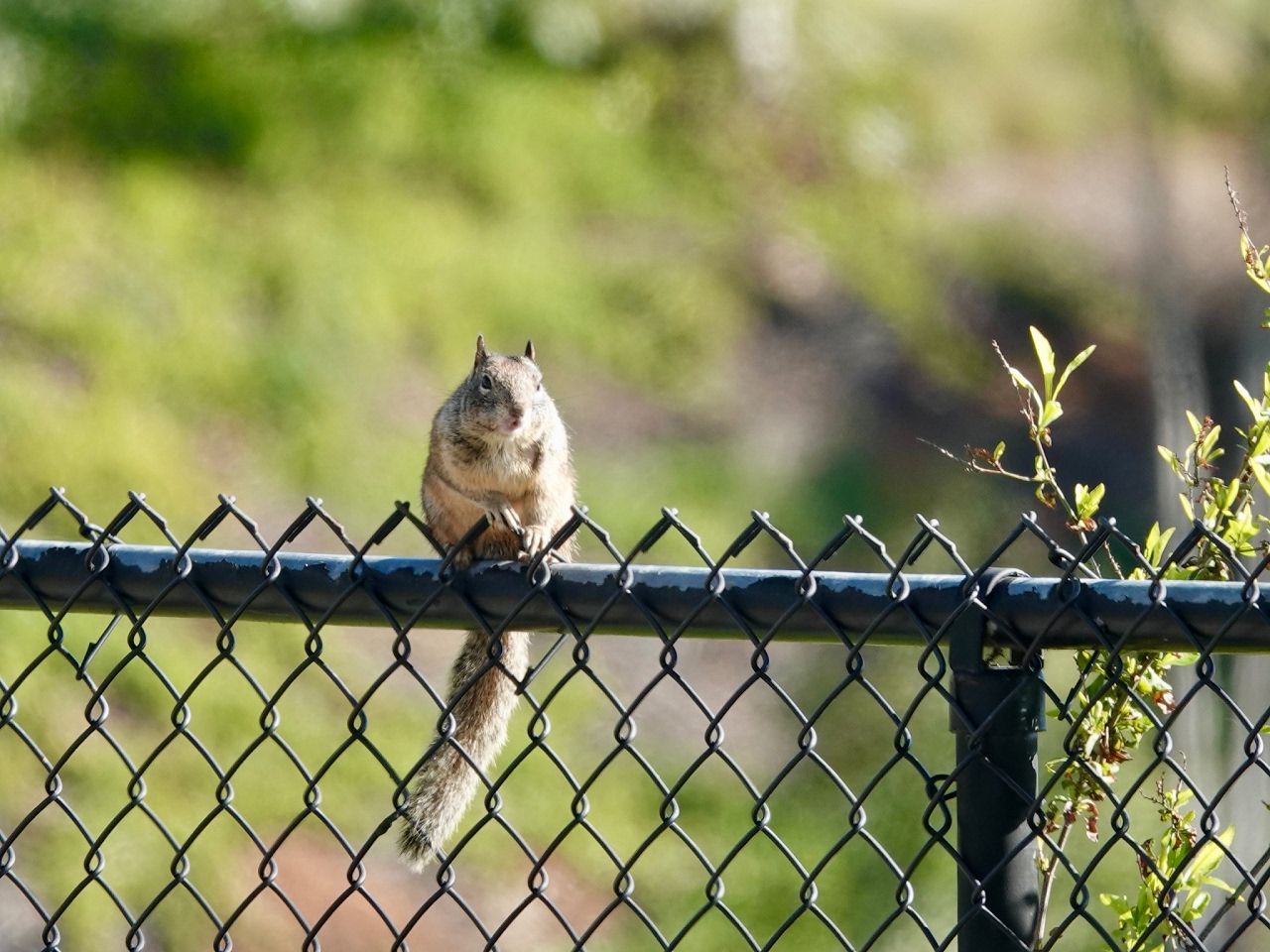 This squirrel was not shy, sitting on the fence-top, and thus he may become someone's lunch. H made me laugh.
If you have seen the film Brother, Where Art Thou? you might remember this scene where Delmar offers Everett some gopher:

It wouldn't be my wife or me eating the gopher or squirrel. It would be this large owl glaring at me (though we were 100 feet away) 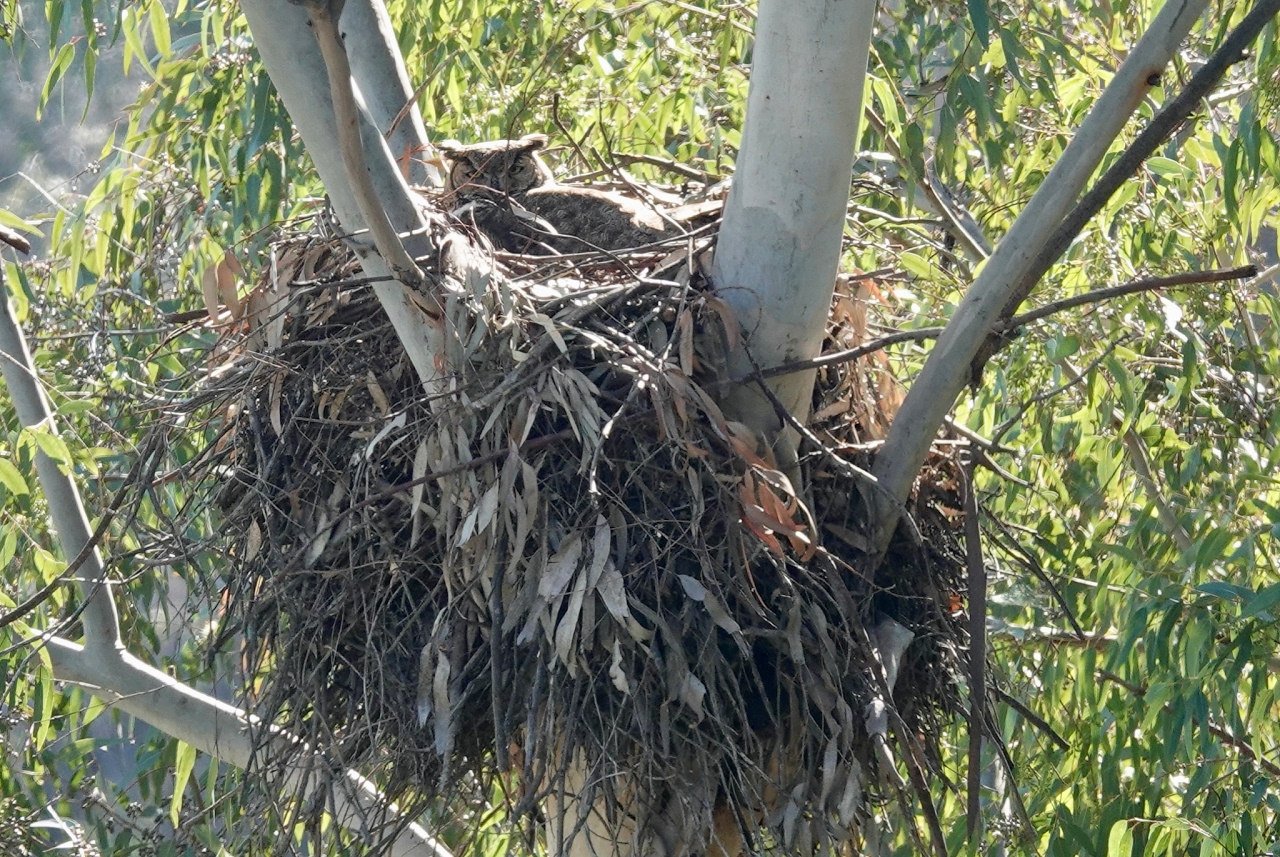 We didn’t wake him, it was this low-flying aircraft who buzzed both us and the owl. 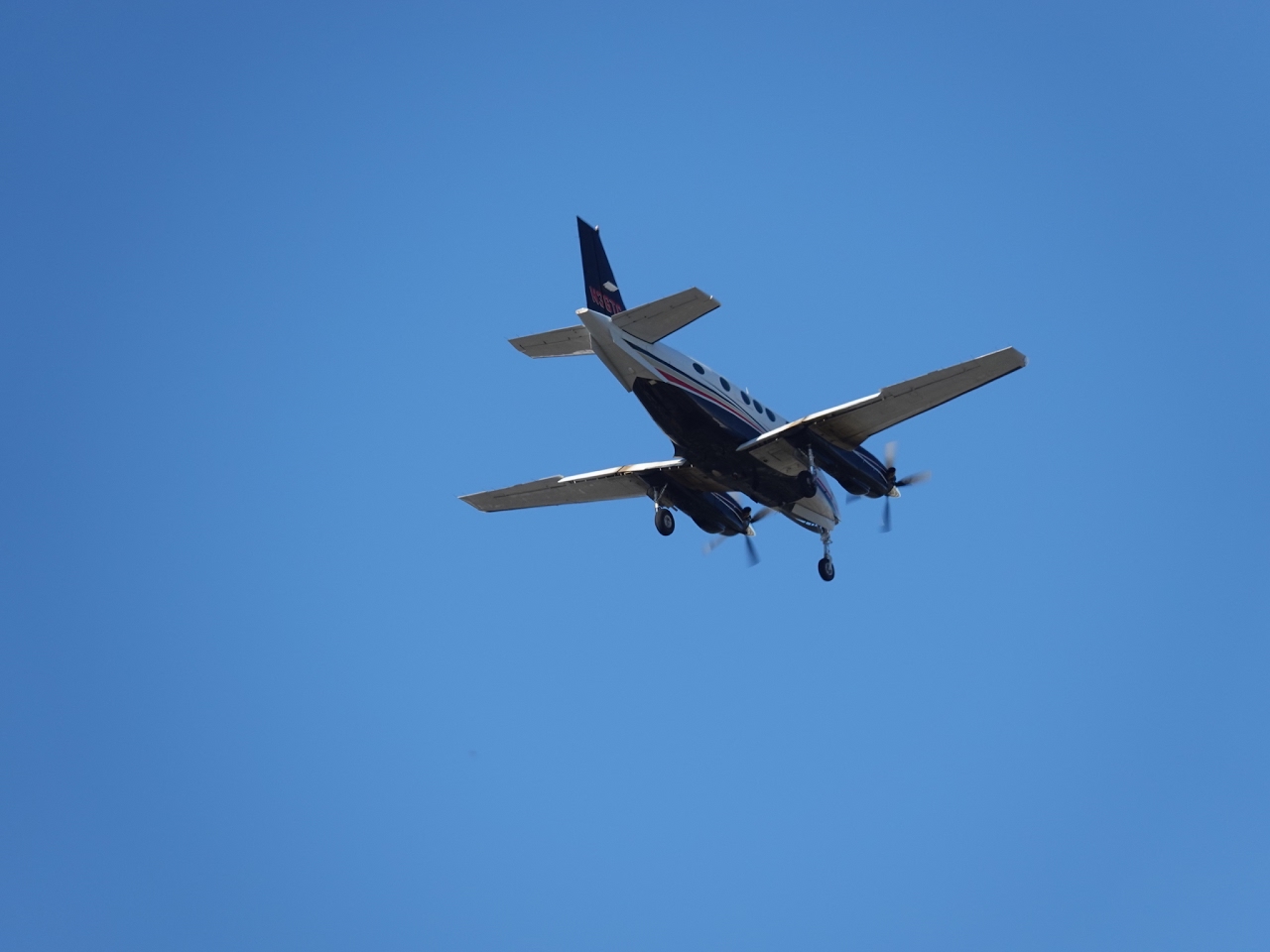 We finally gave up on the explosive zone, and returned back to Chez Cazalea, where we came across some nice blooming lavender,    and that gave me an idea for a photo 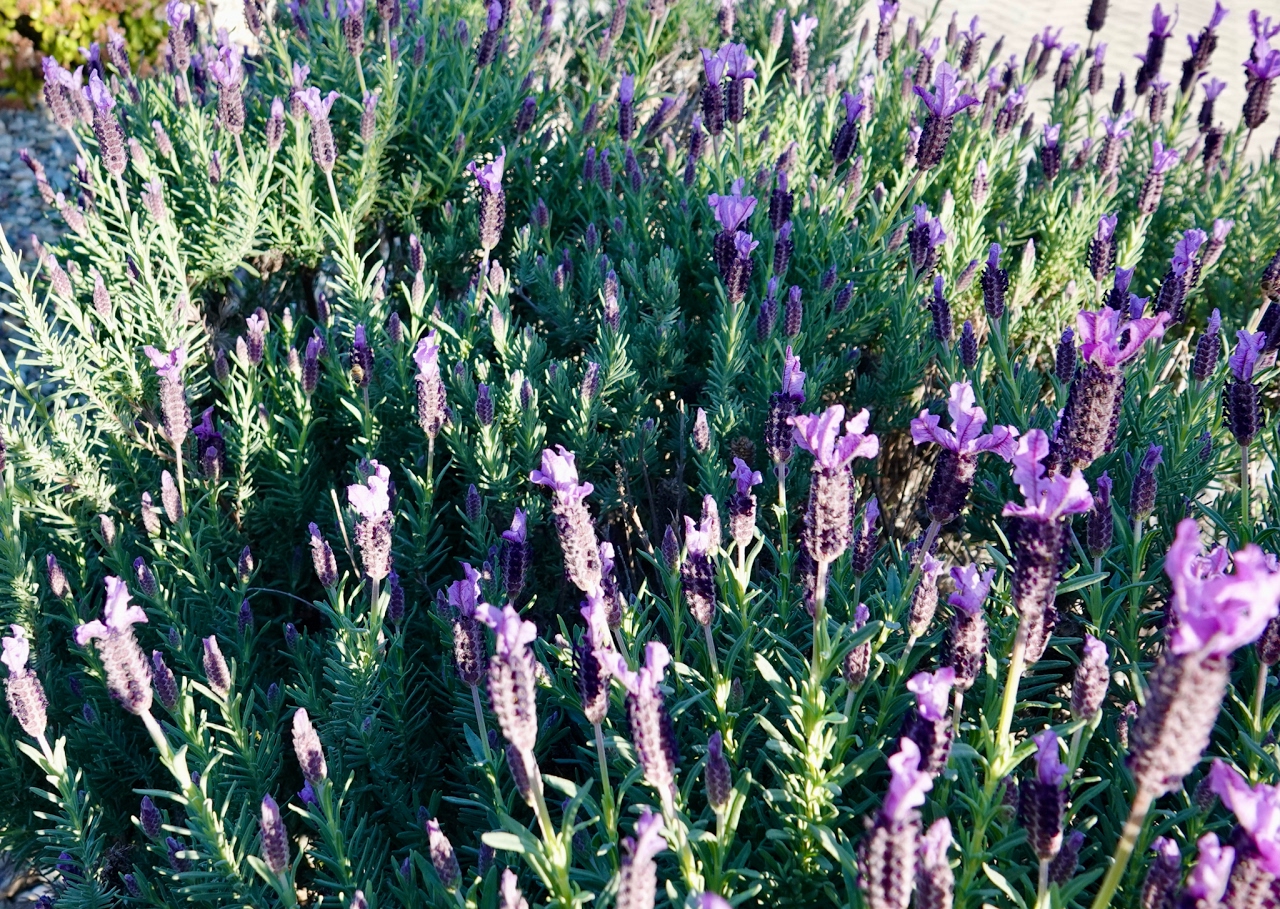 It wasn't an easy set-up, the steel watch is much heavier than the titanium one and kept falling into the bush. Oh well. The second-hand alignment is nice. 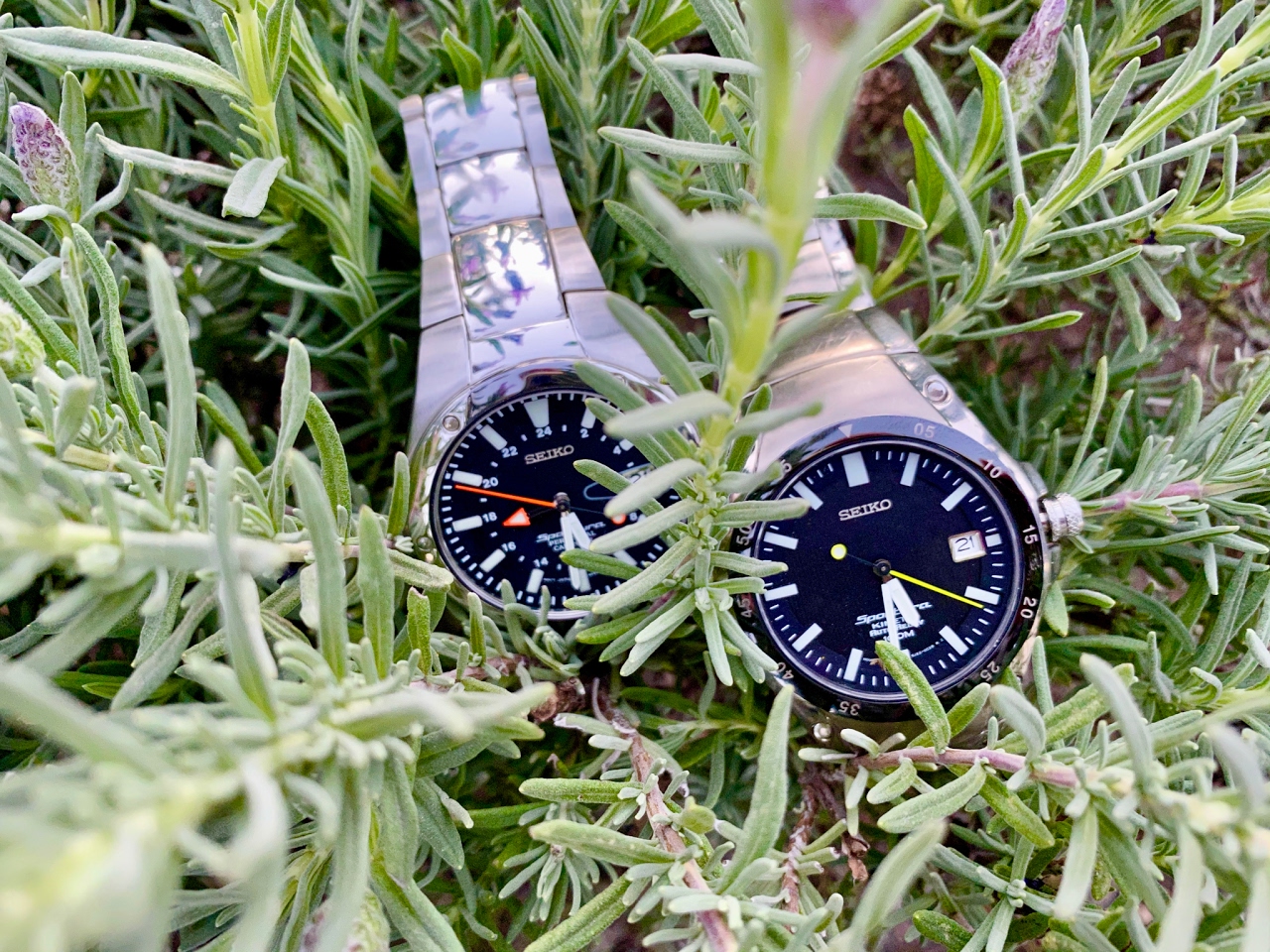 I opened the garage and did a few evocative photos there... 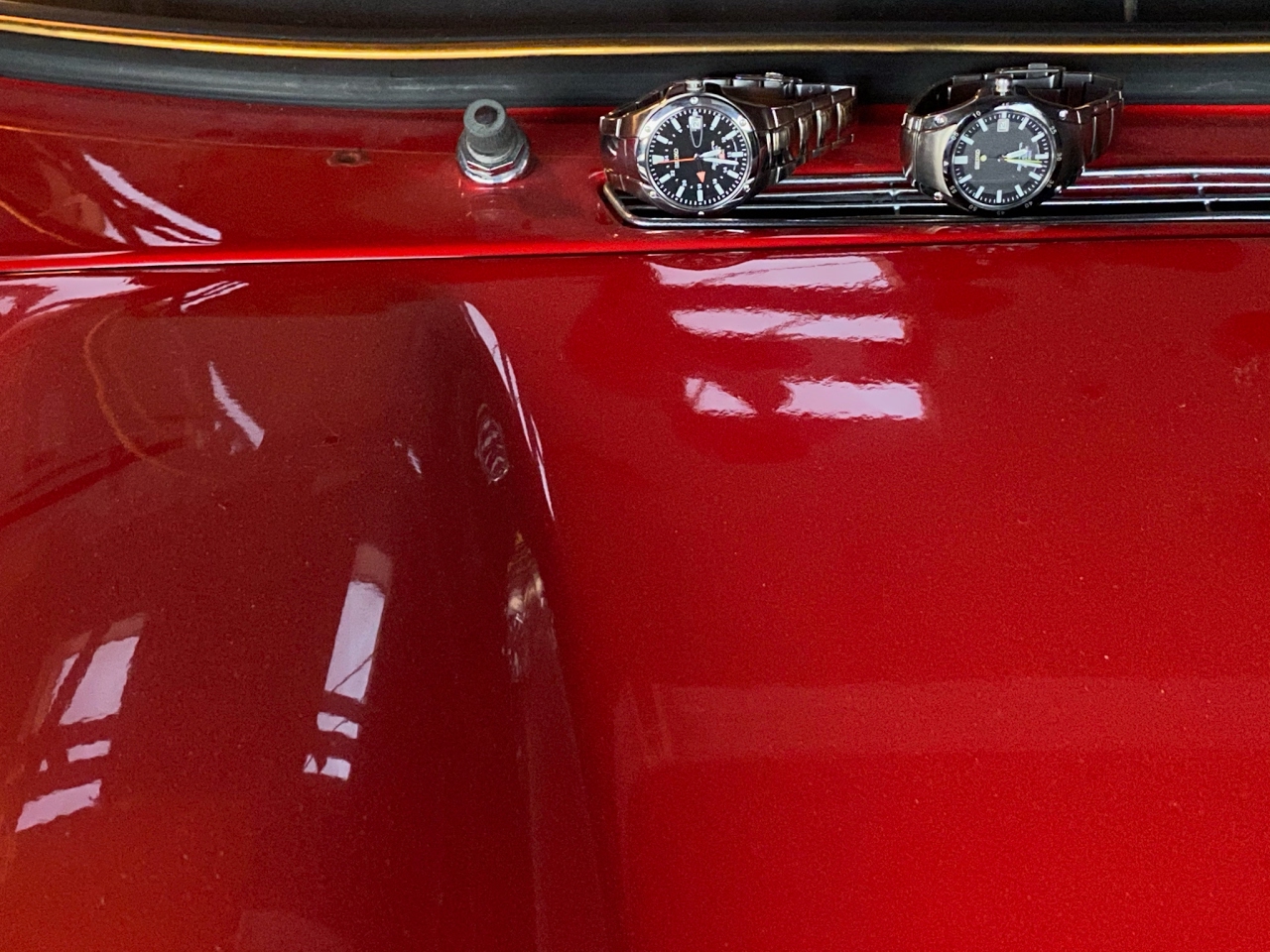 My Lotus badly needs to be detailed. But I did put 4 miles on it yesterday which is worth something. 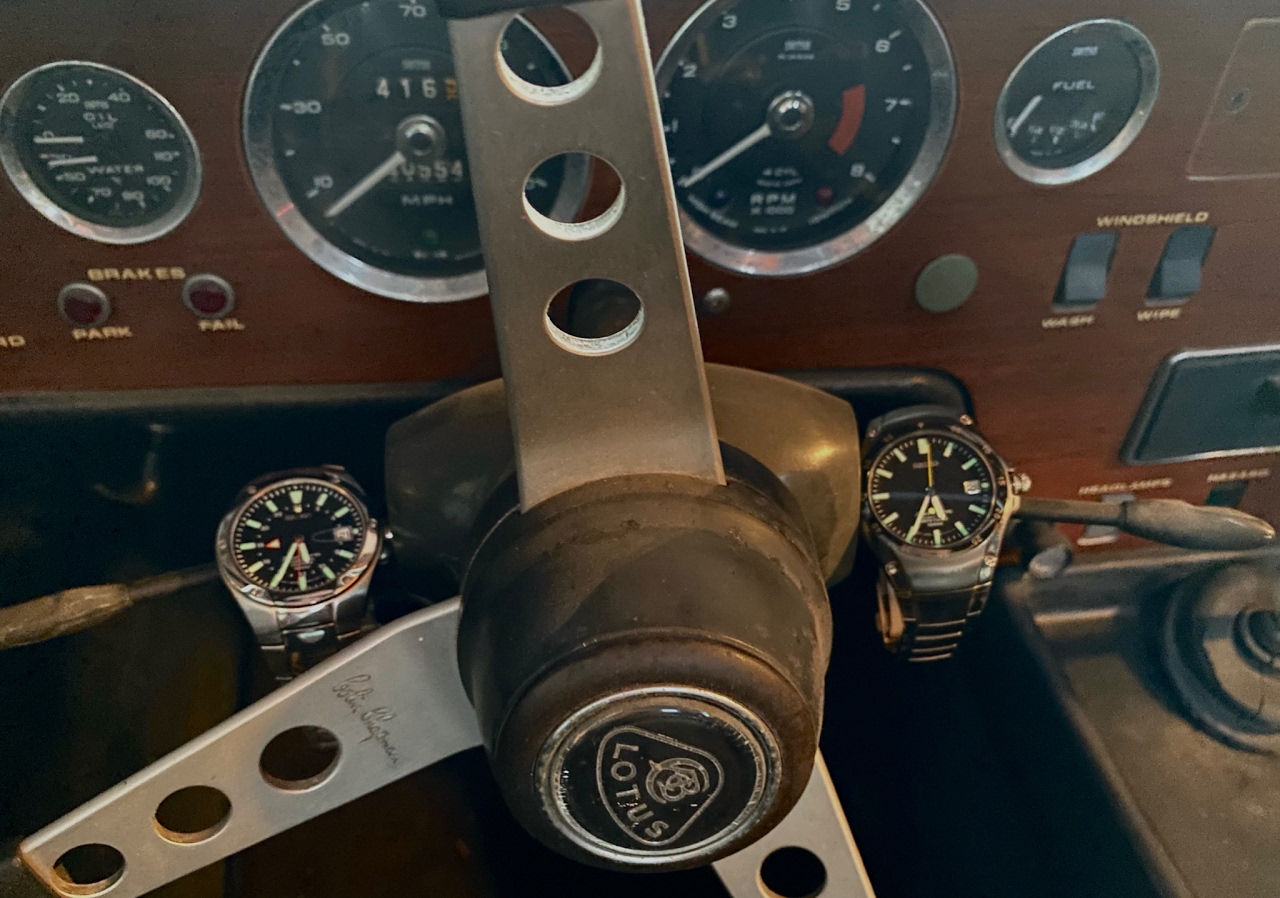 Finally, I took the watches in and shared them with Tiger 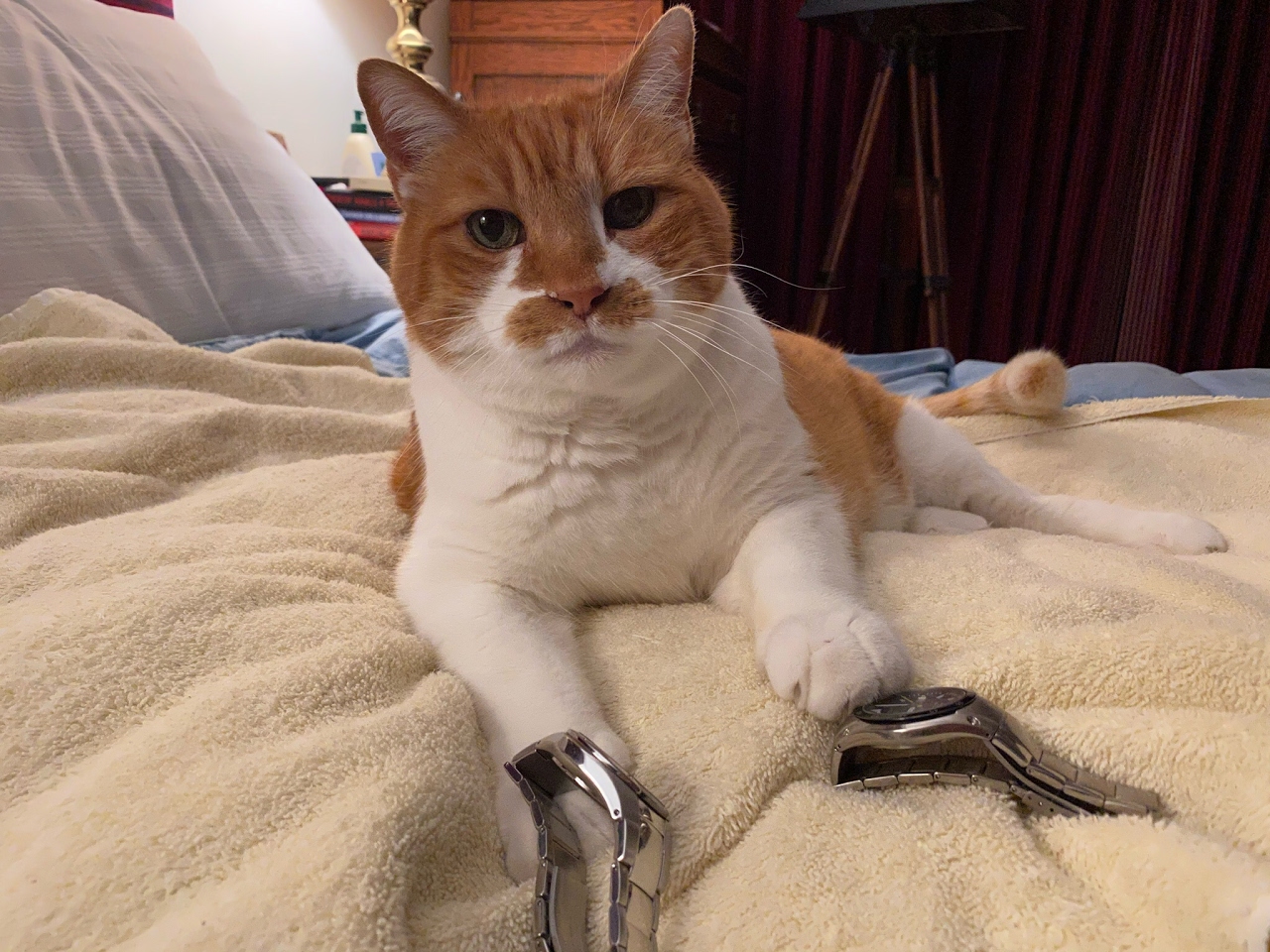 He was unimpressed 🙁 (or hypnotized) 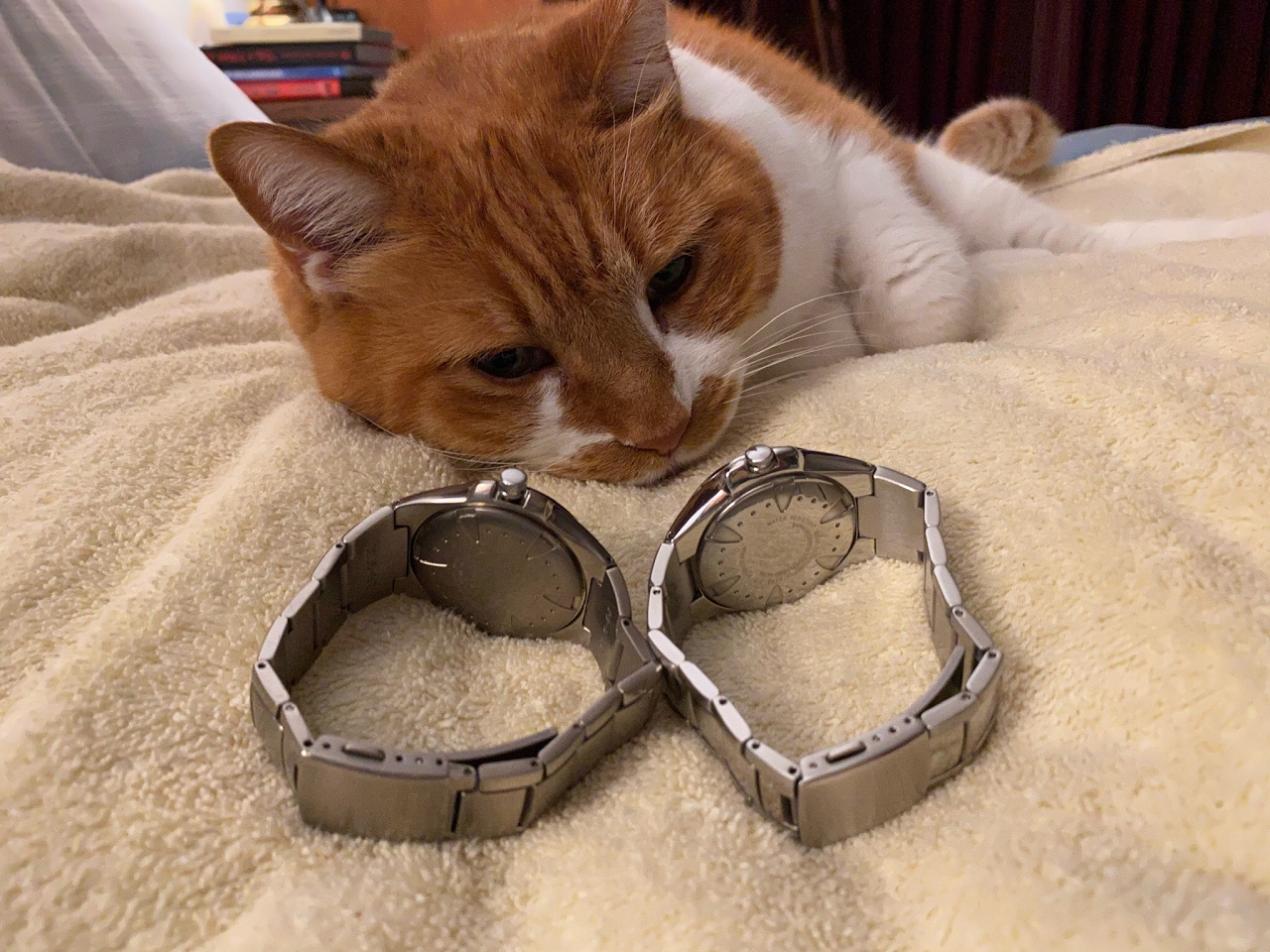 Cazalea
PS - if you like woodpeckers (I do) here's a photo from our Sunlight Sycamore walk. This one does not have a red head. 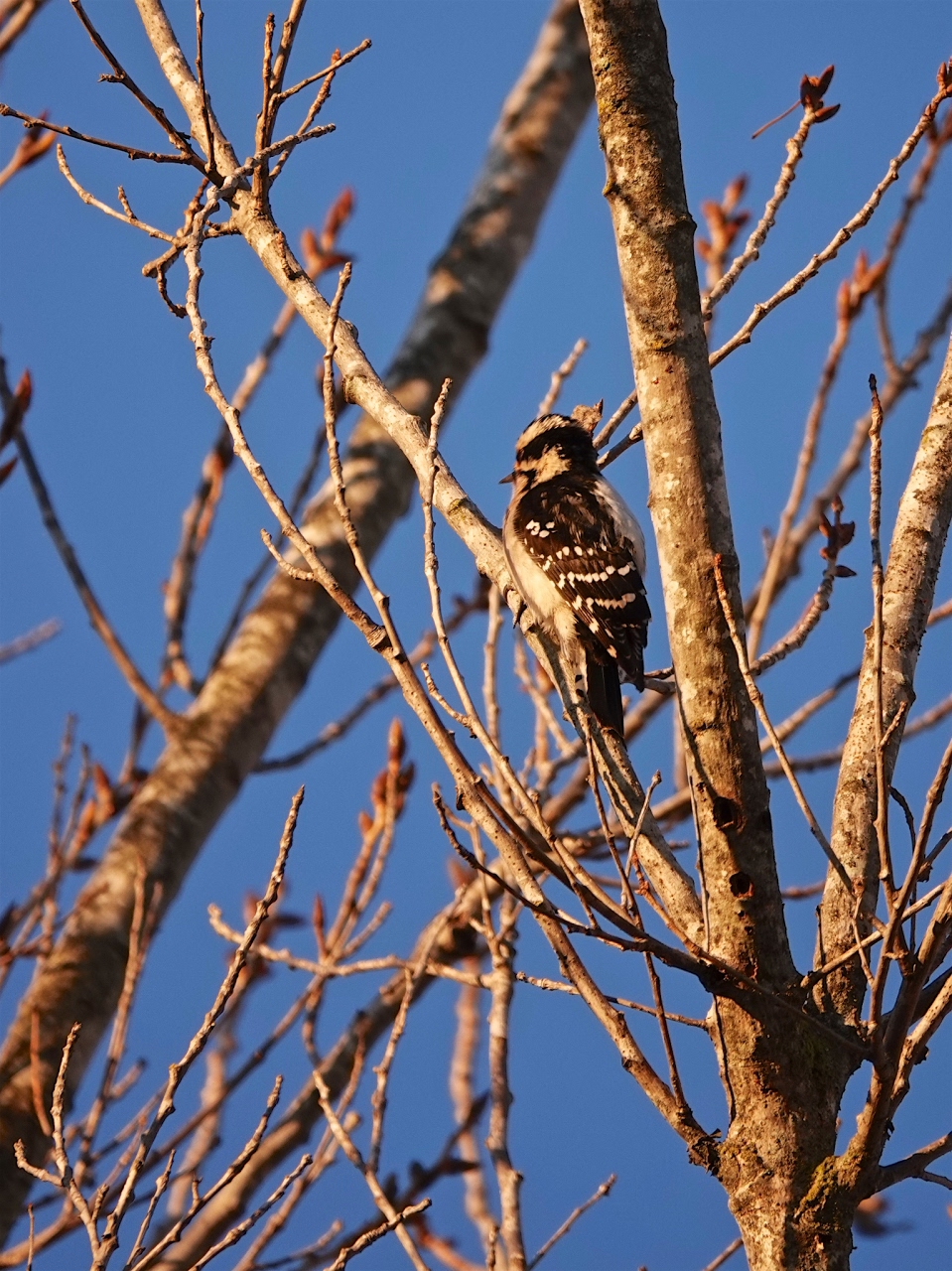 Here's a guy who tried to chop down my palm tree - was going at it for a couple days. He's as red-head as they come. 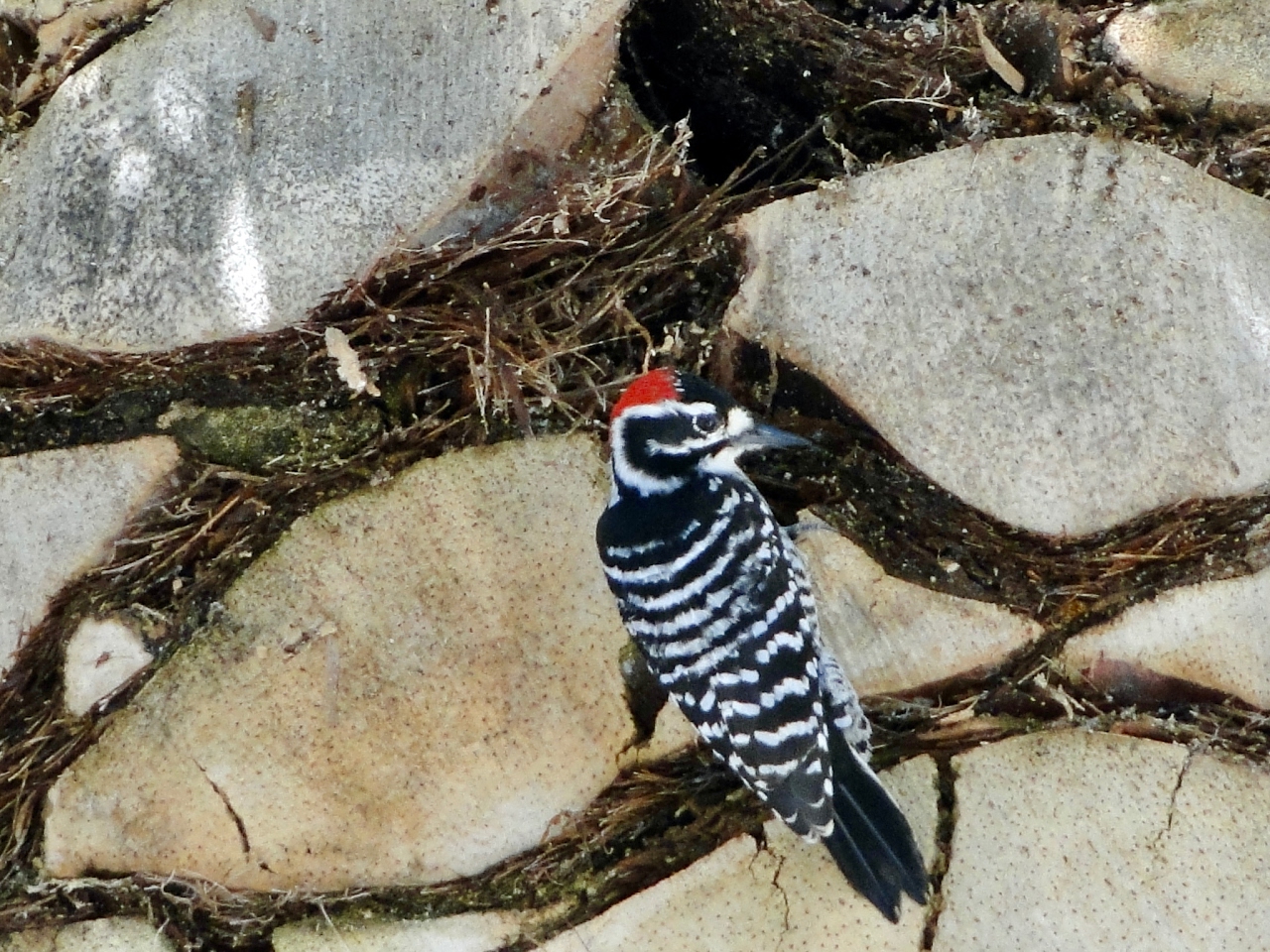 By: cazalea : February 21st, 2021-17:57
I admit that's a cryptic title. What it means is we walked with two Seikos, rather than one. And you have seen both before, but not together. Here they are in 2004 Not only did we carry two watches, but we walked (sort of) where we have walked before. At ...
login to reply

I would rather wear the Ti version. Maybe the Lotus...