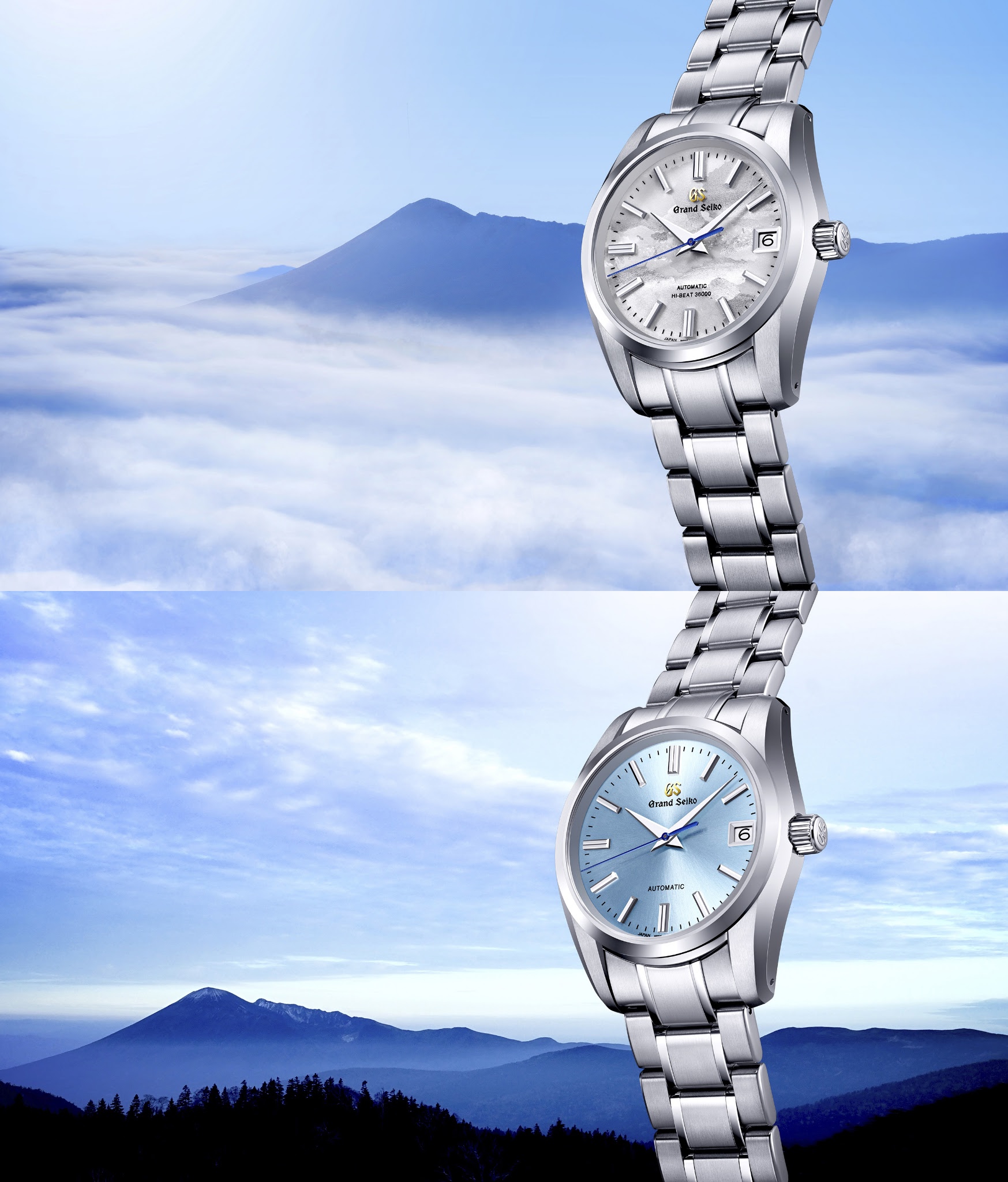 Designed entirely from scratch, Caliber 9S, which debuted in 1998, represented Grand Seiko’s never-ending pursuit of high accuracy and marked the beginning of a new age for the brand’s mechanical watchmaking. In the same year, the Grand Seiko Standard was re-defined, raising the bar for the brand’s watchmakers and setting a new level of performance that exceeded that of the watch industry’s most respected standard. Over the past 25 years, the 9S movement has been developed into a full series  with different functions, and enriched with (1) new alloys for both the main and balance springs, and (2) MEMS engineering, which allows key components to be manufactured to a tolerance of one-thousandth of a millimeter.
Caliber 9S became the platform on which most Grand Seiko mechanical movements are built, and this led to the creation of the revolutionary Caliber 9SA5 in 2020.
Today, the 25th anniversary of the first Caliber 9S is celebrated with the birth of two very special Grand Seiko creations, both featuring the same case design and diameter as the first watch that housed the 9S movement in 1998.
Created by Grand Seiko lead designer Nobuhiro Kosugi and his team, the 1998 watch echoed outwardly the uniqueness, the precision, and the beauty of the new automatic movement inside. And yet there was a clear connection to the qualities that had underpinned Grand Seiko watchmaking from its earliest days. Impressive yet understated, the watch was suited to everyday wear even as its case and dial played with light. This melding of beauty and understatement, of excellence without pretension, dovetailed with Grand Seiko’s long-held aspiration to be the best possible practical watch. Twenty-five years on, this emblematic case design continues to inspire Grand Seiko, much as the 9S movement inside it.
Inspired by Mt. Iwate’s sea of clouds
One of the commemorative watches is graced by a silver dial whose texture and color evoke the sight of the sea of clouds that cover Mt. Iwate in Iwate Prefecture, where all Grand Seiko mechanical watches are manufactured. This scene is only visible at daybreak, when the air is so still and humid that dense clouds overlap to create a beautiful silvery-white sea. 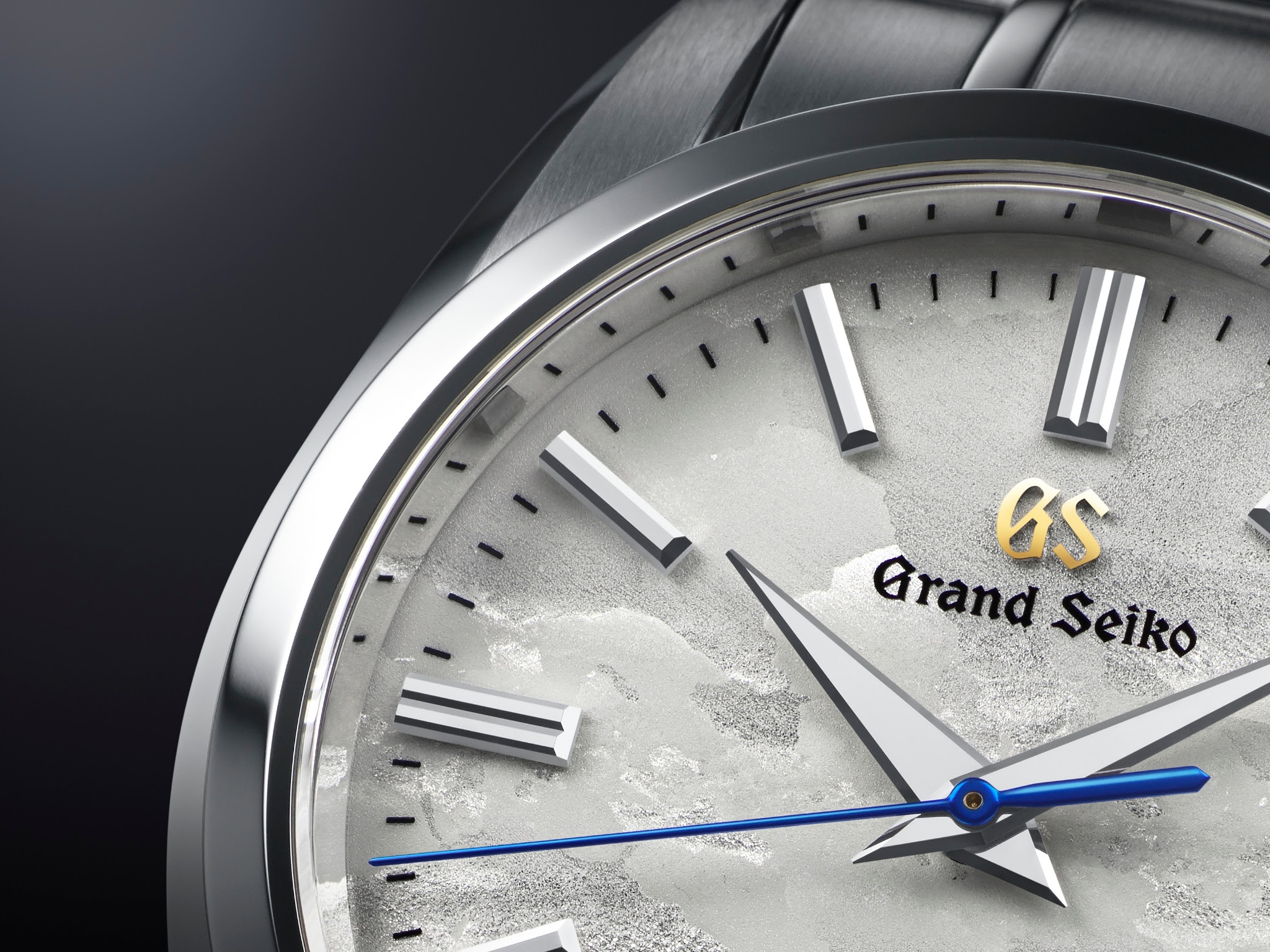 The patterned dial creates a subtle and pleasing effect from every angle.
Through the clear sapphire crystal case back, the Grand Seiko emblem is visible, set into the titanium oscillating weight whose color was created especially for this watch to suggest the deep-blue sky above the sea of clouds that so often surround Mt. Iwate’s peak. This color is made possible by an anodic oxidation process.*
*Anodic oxidation is a surface treatment in which metals are subjected to electrolysis so as to generate artificially an oxide film.  Titanium oxide film produces color according to the light refraction index, enabling production of different colors by varying the thickness of the oxide film.
This new creation is equipped with the Hi-Beat 36000 automatic mechanical Caliber 9S85, which is hand assembled by the skilled craftsmen and women of the Grand Seiko Studio Shizukuishi. It has an accuracy rate of +5 ~ -3 seconds per day and delivers a power reserve of 55 hours. 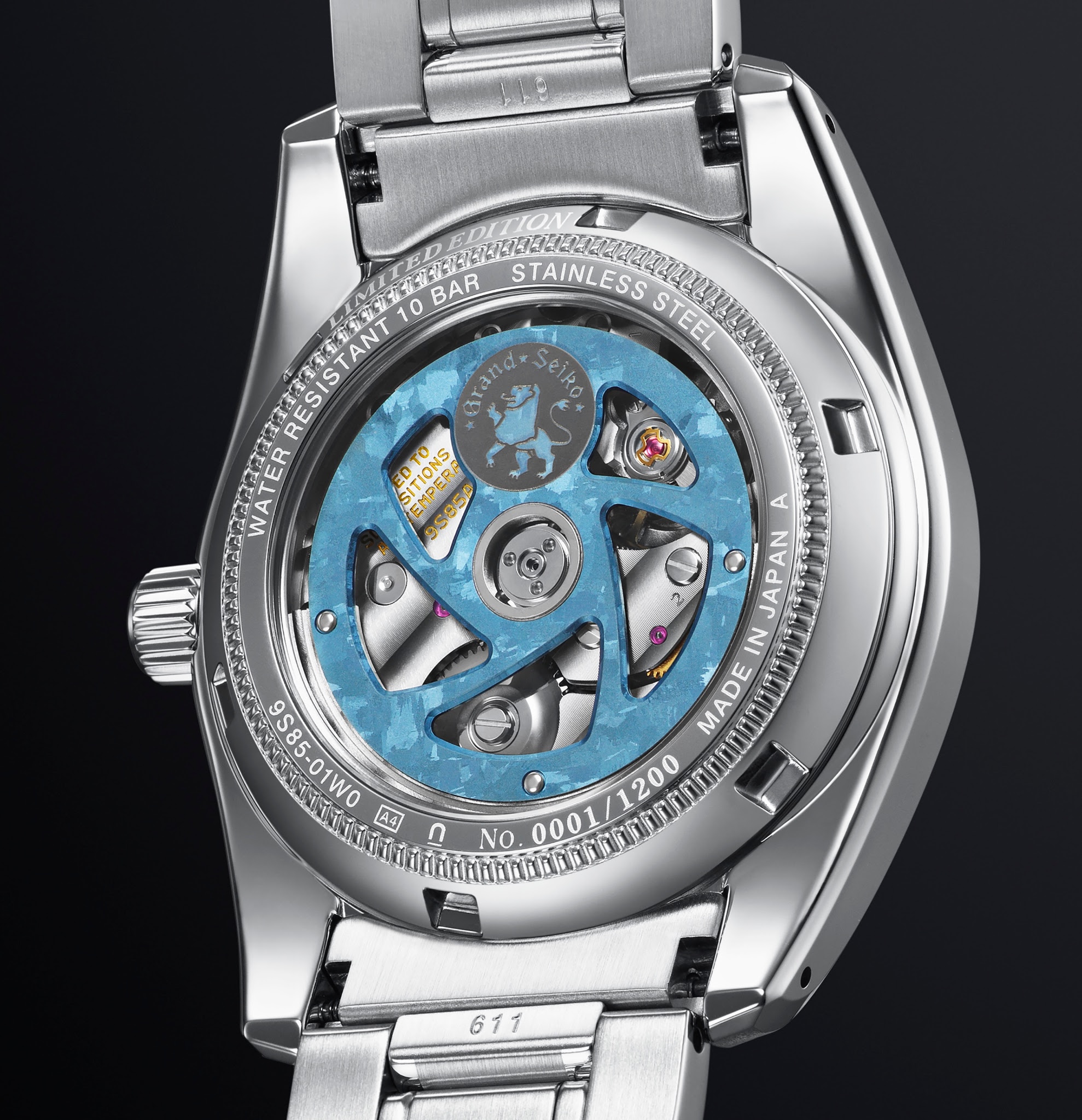 A limited edition of 1,200, this watch will initially be exclusive to Grand Seiko Boutique Online, starting in January 2023, and then will be available at the Grand Seiko Boutiques and select retail partners worldwide in February 2023.
Expressing the beauty of the clear skies of Iwate
The second timepiece features a blue dial, expressing the clear and broad sky seen from the top of Mt. Iwate, transporting wearers to Iwate Prefecture, the home of Grand Seiko mechanical watchmaking. Its striking sunray finish reflects light from every angle, creating a stunning azure backdrop for the diamond-cut hour and minute hands and indexes. Just like the watch with the silver-colored dial, the seconds hand is tempered in blue and the dial features the Grand Seiko logo in a gold color commemorating the 9S movement. 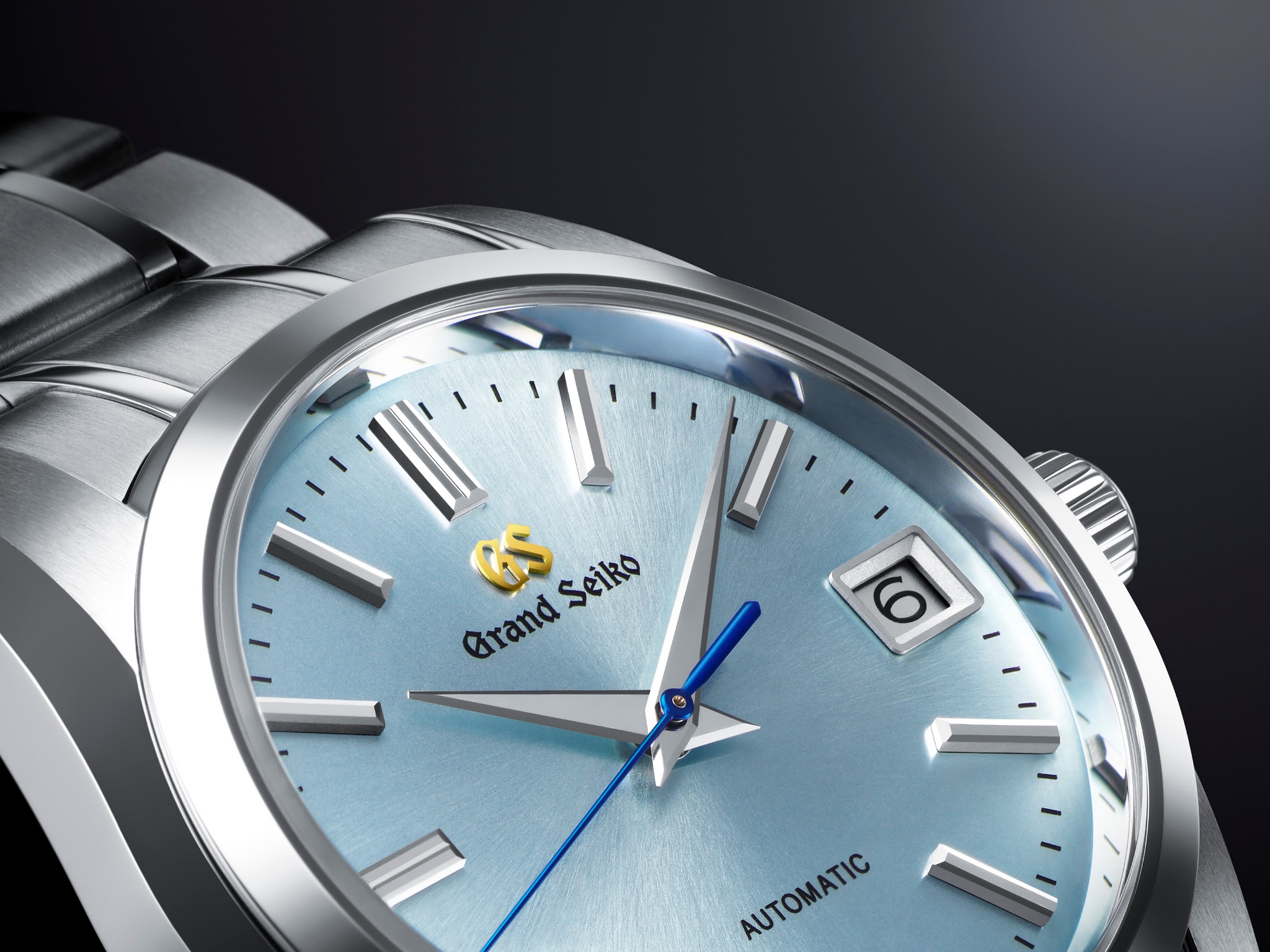 The signature Grand Seiko blue color is realized on the oscillating weight by the same anodic oxidation process and can be enjoyed through the sapphire crystal case back. The watch is powered by Caliber 9S65, which has a mean daily rate of +5 ~ -3 seconds per day and a 72-hour power reserve. It will be available as a limited edition of 1,200 at the Grand Seiko Boutiques and select retail partners worldwide in April 2023. 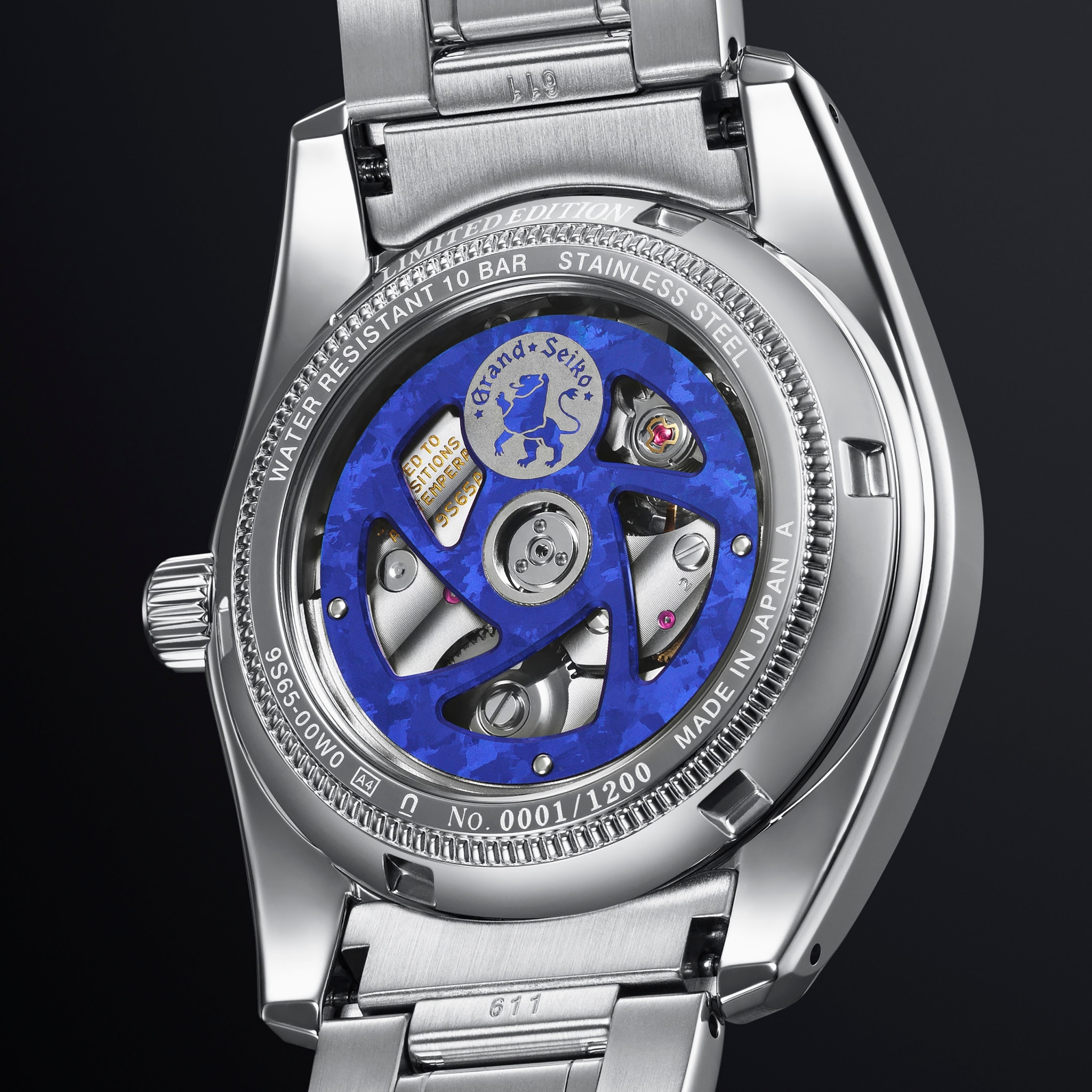 Better work on getting in shape; it's only January 12th!

They look good and …

I’ll wait for the 26th and 111th anniversaries, should be more exciting 😅

Must be....but if it is for me to decide, I will release new models as limited production (like what Omega and some are doing) and end it abruptly so as to catch collectors by surprises and on their tippy toes.

Be interested in seeing those - move a smaller case, definite plus for me.

The ice blue dial is gorgeous

By: Blue and White : January 15th, 2023-06:42
It reminds me a bit of the Rolex Day Date Platinum dial color. The golden colored logo is less suitable though, and I am not fond of the colored rotor on the backside.
login to reply