Looking at this 3940 from a private seller. Watch is dated to 1989. The movement numbers on the COO and engraving match. Also, the watch has had a service earlier this year from PP and the receipt has the movement number matching as well.

I have two observations however. I have come across a few deployants where the Calatrava filigree buckle isn't exactly round but a little 'squished' including the one on this particular example. Also, I am unable to make out any hallmarks from the pictures.

The seller claims to have purchased a sapphire case back at a later date from Patek and was sent for the service with it. I thought one couldn't do that.


Any thoughts would be much appreciated. 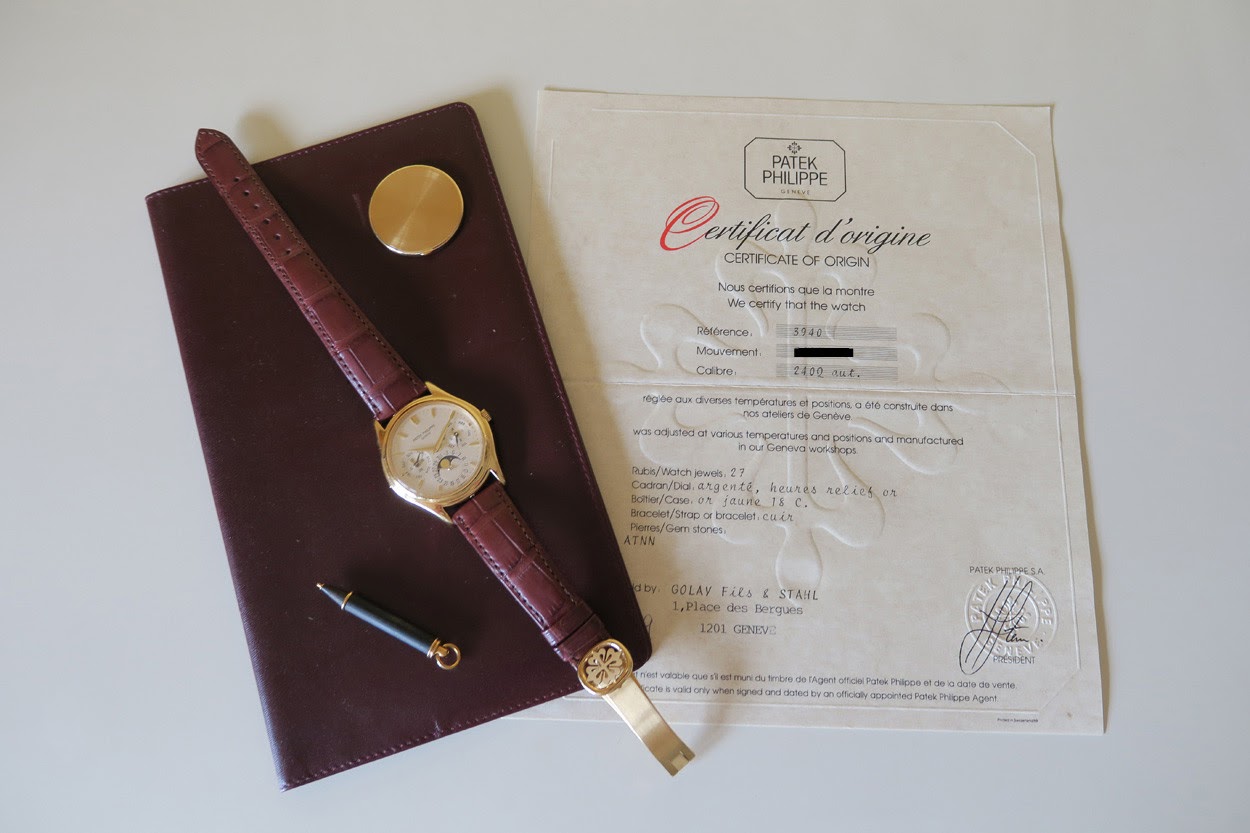 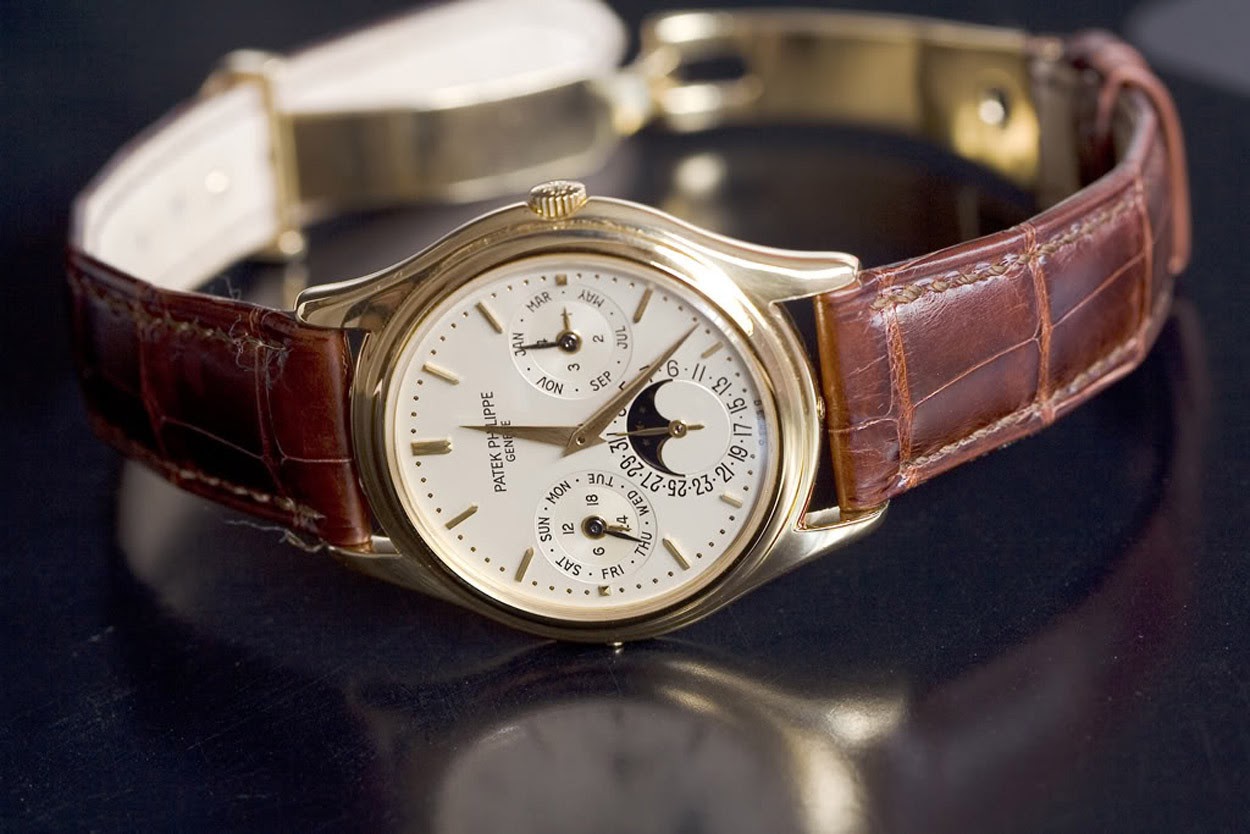 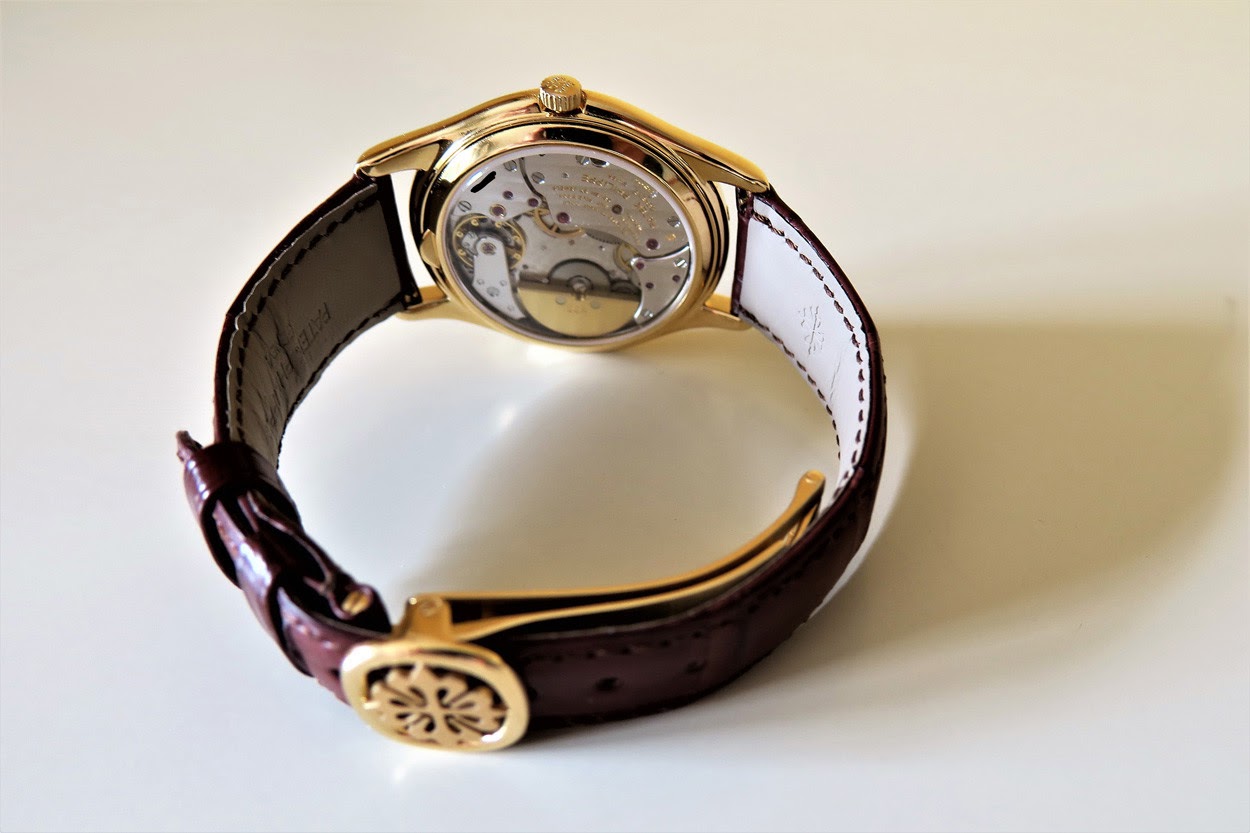 By: Anirudh : November 17th, 2018-08:50
Looking at this 3940 from a private seller. Watch is dated to 1989. The movement numbers on the COO and engraving match. Also, the watch has had a service earlier this year from PP and the receipt has the movement number matching as well. I have two obser...
login to reply

By: lascases : November 17th, 2018-09:36
are on the othe side of the case (i.e. opposite the crown). They are important indicators re polishing status, of course. Maybe the seller could send you another image?
login to reply

You are also right...

I have come across them on other watches as well

I am not quite an expert but

You are absolutely right!

As pointed out, you are thinking of the 3970

By: Wristenthusiast : November 17th, 2018-16:33
My understanding ( please correct if I'm wrong): 3940s were made across a time period where transparent case backs were becoming a thing. People did start requesting them and PP would indulge them. So much so that the 3941 was made , same watch but displa...
login to reply

One thing to consider,

By: baufoam : November 17th, 2018-17:57
The 3940 was made over a long period of time and in very large numbers. There are, without doubt, thousands of 3940s floating around out there.I never have heard an exact number. If you have any question as to this particular watches “correctness”, just w...
login to reply

By: Anirudh : November 17th, 2018-18:23
That is one principle I follow with every watch purchase i.e no rushing. It isn't like I don't like this particular example, quite the contrary actually. I will be seeing this in person before making a decision. Just wanted an opinion about a few things f...
login to reply

By: Wristenthusiast : November 17th, 2018-21:05
I had to go search internet, but I'm pretty sure some PP Ellipse models have calatrava cross that is "squished" to resemble ellipse proportions. So maybe the clasp is real, but not model correct. Also FWIW, I bought mine from Madison Time in NY. I bought ...
login to reply

Wonder if they were year specific

By: Anirudh : November 17th, 2018-22:00
i.e if Patek issued 'squished' deployants around a certain time period, regardless of the model PS: The mentioned seller has some drool worthy offerings. Love his video with B. Clymer
login to reply

By: Wristenthusiast : November 17th, 2018-22:26
The picture I showed was random example off internet. I did not purchase an ellipse. I purchased a 3940R from Madison Time. I trust them and yes, they have drool worthy pieces.
login to reply

By: Anirudh : November 18th, 2018-10:50
The 1st serie of course would be much more expensive. Could you tell me why would you pass on this one? Does anything look amiss to you (apart from the buckle)?
login to reply