By: Baron - Mr Red : November 5th, 2018-01:51
The Rolex Submariner 168000 represents a different style of addition to the “future classic” concept. The 168000 is, in fact, essentially identical to the Submariner 16800 that had been produced in very high numbers. The 168000, however, differs in two very specific ways that make it one of the rarest production Submariners ever made. Not “THE” rarest, but certainly one of them.

Prior to the 168000, the steel used by Rolex was the Grade 316L. The upgrade to 904L saw a steel that was less prone to erosion. One day, I will tell the horror story of what happened to a Daytona 6239 that I owned that had the older 316L steel. A true horror story. But that will be for a later day.

The 168000 has all the mod cons of a typical modern Rolex with sapphire crystal and caliber 3035 workhorse movement. The original oyster bracelet is the 93150 with 593 end links. A Rolex workhorse made for wearing.

There is a degree of uncertainty relating to the 168000. I have not found any official literature from Rolex with the 168000 mentioned. One can speculate, of course, that Rolex were using the 16800 with the experimental steel and called it the 168000 as a prototype. I am guessing that we will never know for sure.

There are a couple of quirks that typically come with the 168000. The first is that the gloss dial has inevitably oxidised. I would guess that 80+% of the dials I have seen have spidering or quite significant oxidation. The second quirk concerns the S in Submariner. For some reason (and this also applies across a few other Submariners) The top and bottom of the S can be flat making it more like a Zubmariner. There are few and far between examples of 168000. The “Z” appears in about 1 in 10 of the ones that I have seen. Finding a 168000 with original dial and box and papers is a true test. Finding one with a Zubmariner dial……well, good luck!

The 168000 falls into that category of watch that can be considered a transitional Rolex. It comes at (or just before my 1990 era analysis) but must be considered as a worthy candidate for being a future classic. It ticks several of the boxes. It is sapphire. Its movement is thoroughly usable in today’s environment. It has an innovation courtesy of the upgraded steel. And it is extremely rare thanks to its truncated 7-9 month production period. I am not sure I can think of any Rolex that has a shorter official production run…..
This Submariner is a worthy candidate for my future modern classics and definitely sits in that Top 10 future classics list.

The mark of Zorro 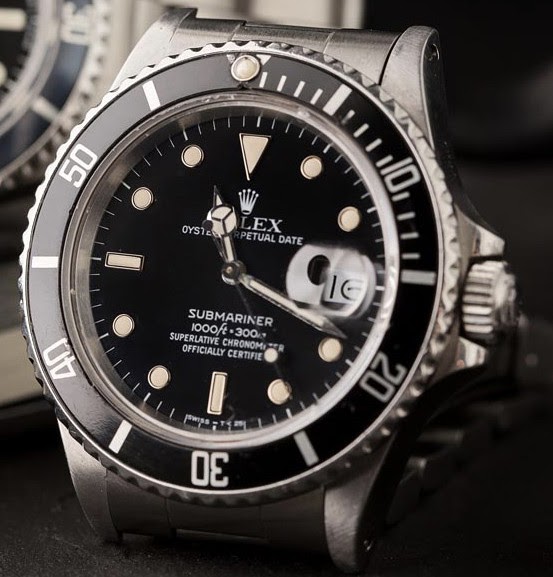 PS: In addition to my humble current Vintage Subs,
(such as 1680/SR, 5513 in various versions)
maybe one day such might be considered,
but as you wrote clearly, these apparently
are really quite rare..

By: COUNT DE MONET : November 5th, 2018-03:57
But I am willing to make compromises in condition and papers and boxes. If it has papers missing but  a Rolex service receipt than I am confident to buy.
login to reply

By: Prodyutb : November 5th, 2018-03:56
Thanks Baron. There is so much rarity is such an ubiquitous timepiece as the Sub that watch nerds like us could seek to hold and to have!
login to reply

By: crown comfort : November 5th, 2018-04:12
The Zubmariner is fascinating and I can imagine how hard it is to find one. I still prefer the Long Good F for its no date and cooler name, but this is also great.
Thanks for educating us.
CC
login to reply

By: Walter2 : November 6th, 2018-08:55
Very interesting post Joe, never heard from this Zubmariner. Searching all my pictures and i dont find my watch now, this post always makes me crazy.
Thanks!
login to reply

By: beejo : November 5th, 2018-09:13
I freak out,Literally.Last time I read your post I lost a significant amount of cash,Who knows how many more future classics can you come up with ?! 🤣
login to reply
Load More Comments >>