Mar 07, 2015,00:26 AM
Those of you who were lucky enough to visit the Heritage Gallery, or who read and re read the Year Book one may well remember this strange version of the Master Mariner Deep Sea: To be compared to the most known version: 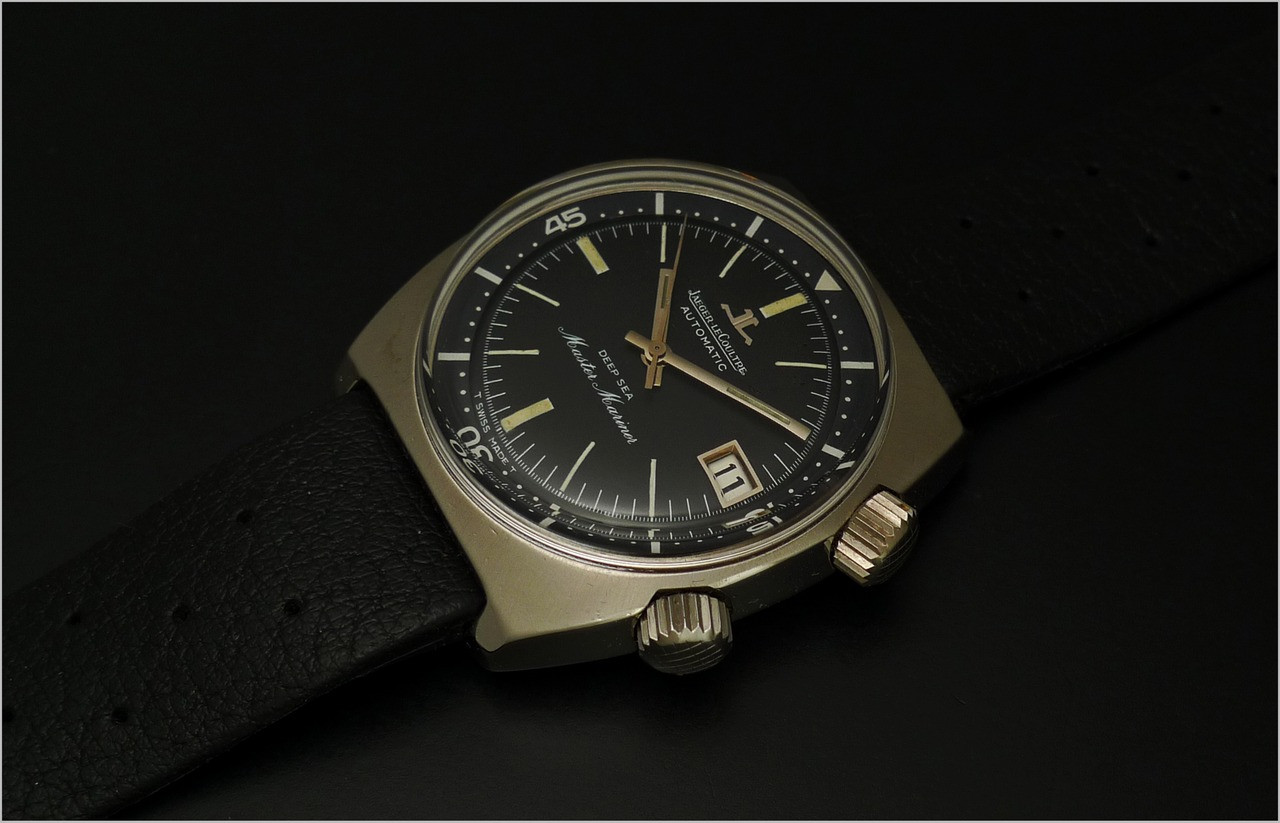 But did you ever see real pictures of this watch?
Indeed, except the Heritage Gallery, which owns this Master Mariner Deep Sea, and as far as I know, nobody saw it, in the diffferent markets or in some auctions.
Rare bird?
This is hard to say... Even the Heritage Gallery doesn't have any record of this watch, as the LeCoultre archives are lost, sadly, and this watch wasn't featured in any ads from this era ( late Sixties ).
This one shares a lot of elements with the " regular " Master Mariner Deep Sea: The case, which is Super Compressor and receives a sunray finish, the case back, crowns, and plexy.
2 main differences, an obvious one, the dial, and one " hidden ", the movement.
As for the movement, it belongs to the very small part of watches which used outsourced calibres.
In this case, the movement is an ETA, as far as I know,  which we can also find in watches such as " Le Club " or the Vintage Diving Jaeger Clavi and me posted, from time to time.
On the " current " Deep Sea, the movement is the well know Cal 883, which is in house.
The funny thing with the dial is that it borrows some elements of design coming from the Racing world, like, for example, the red , black and white minute indexes.
Red, white and black are also used for the day date indicators.
The 5 minutes " nipples " are very original, too, and to say all, very appealing.
The overall dial is very balanced. The HPG ( High Precision Guaranteed

at 9 compensates the large day date window at 3.
Funnily, the wording Master Mariner Deep Sea is inverted on this version: " Master Mariner " is written above " Deep Sea ", while on the most known version, it is the contrary.
I saw a Lecoultre Chronograph which had the same decorum, with, of course, the 2 subdials...
As for the hands, they are very large, like on the original version, but the luminous material is at their extremity, which is curious for a diving watch, which requires more legibilty when the light is poor.
The Second Hand is very short, on the HPG.
It seems that the minute and hour hands are broken, don't you think?
Definitely, I would consider it more as a sports watch, more precisely as a racing watch, rather than a Diving watch,at the contrary of the Master Mariner Deep Sea we all know.
Curious, but full of life, dynamic and very pleasing.
Here are the pictures of this strange bird: 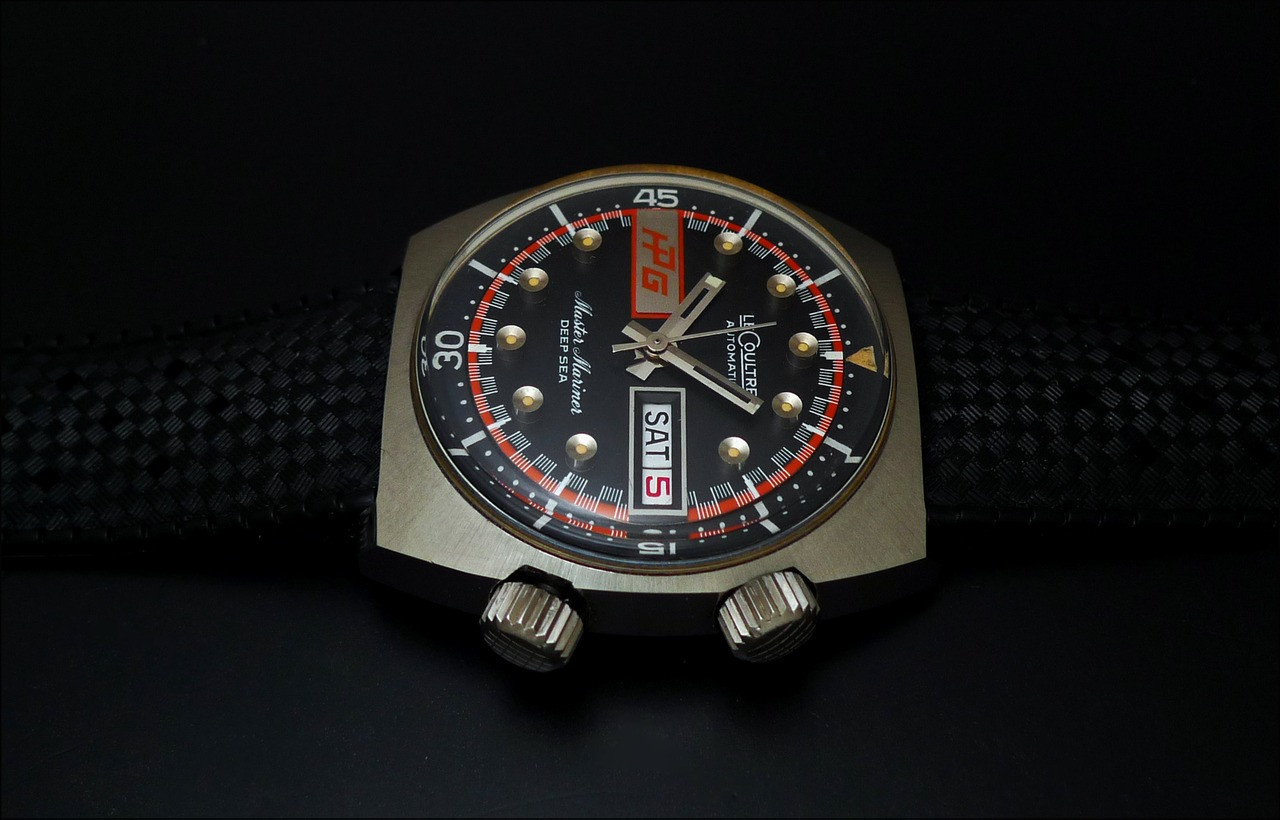 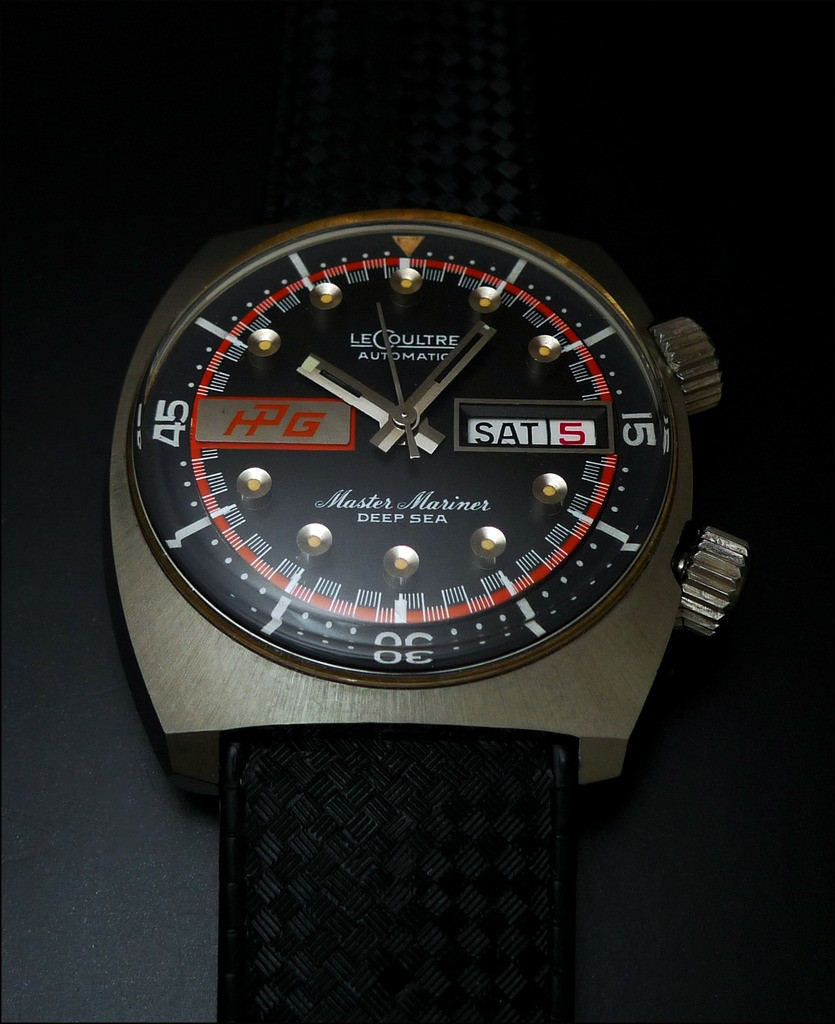 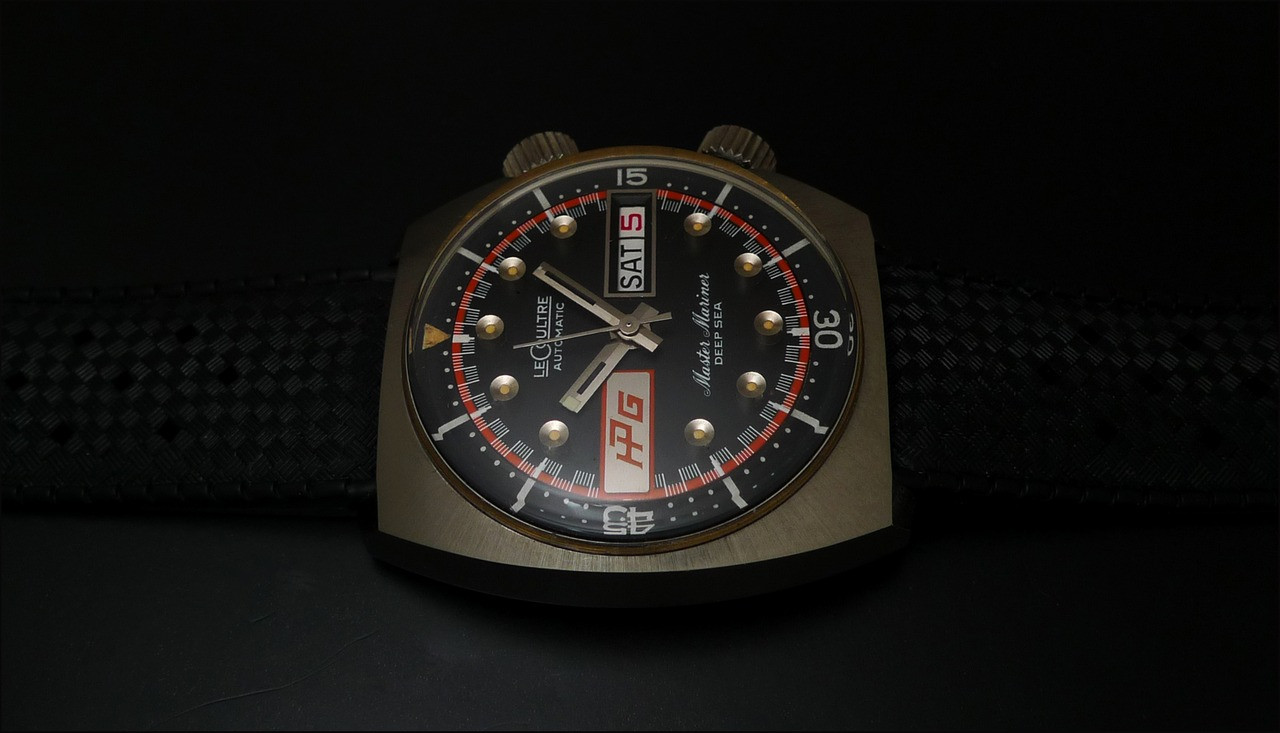 This watch is a mystery, and even more for us, European collectors, but this is the case for a big part of watches which were destined to the american market.
Maybe our American brothers in tic tacs would have some informations, on this one?
Best,
Nicolas.
This message has been edited by amanico on 2015-03-07 00:33:12

By: amanico : March 7th, 2015-00:26
Those of you who were lucky enough to visit the Heritage Gallery, or who read and re read the Year Book one may well remember this strange version of the Master Mariner Deep Sea: To be compared to the most known version: But did you ever see real pictures...
login to reply

By: Starman : March 7th, 2015-01:31
And yes, a racing watch is the right classification I guess. Pretty cool and may I say unusual colorfull for a JLC watch. As a racing watch it suits well with some of the speedometers Jaeger made! Thanks for posting; always a pleasure to discover somethin...
login to reply

Now the question is to know if it ever existed.

By: amanico : March 7th, 2015-01:50
This is the only one I saw, and it was at the Manufacture. Pretty cool in this configuration. I hope our american friends will provide us some informations about that one. Best, Nicolas
login to reply

Agreed. Maybe only ever made it to proto stage...

Very cool, indeed. Proto? That may be an explanation.

By: amanico : March 7th, 2015-02:29
I saw a Chrono which had almost the same dial. But a MM Deep Sea like this one, never. Well, we have to stay humble because every year we discover watches. Some 5 years ago, I discovered a Master Mariner Chronometre. But at the difference with this Deep S...
login to reply

By: hs111 : March 7th, 2015-08:33
.. generate an element of exuberant, almost " humoristic" strength, the very specific hands also unusual, AFAIK.. Although, not a Diver Sport Watch, a Sportive piec, as you mentioned; interesting that no other doc sheds more facts, to look behind the veil...
login to reply

I will keep on investigating on this one, hs. Very intriguing one. [nt]

Proto, or re assembled. Like you, I never saw one.

Yes. The Heritage Gallery is the JLC Museum, inside the Manufacture.

I will elaborate on that one a bit later...