Of course we could mention many great movements from Jaeger Lecoultre. They made,since 1833, more than 2000 movements, so the list can be endless, such as the Cal 889, the 38x from the Duometre line, the Gyrotourbillons, and, of course, the vintage calibres such as those of the Geophysic, Futurematic, the Memovox...

Here, I would just show two of them, one which is the thinnest, the Cal 849, and the smallest, the cal 101.
Being the smallest and the thinnest movement is a true technical and horological defy, and at that game, Jaeger Lecoultre is a champion.
- The Cal 101, first. 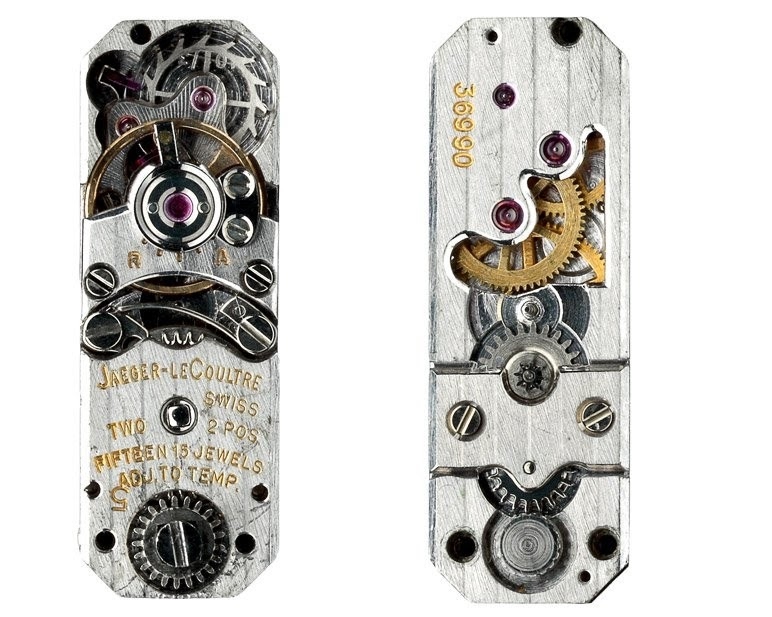 Did you know that this movement was born in... 1929? Can you imagine the necessary amount of skill and talent to produce such a movement at that time?
Here you have a movement which is 14 x 4, 8 mm big and 3, 4 mm high, made of 98 parts, beating at 21, 600 vibrations per hour, and offering a modest power reserve of 33 hours. 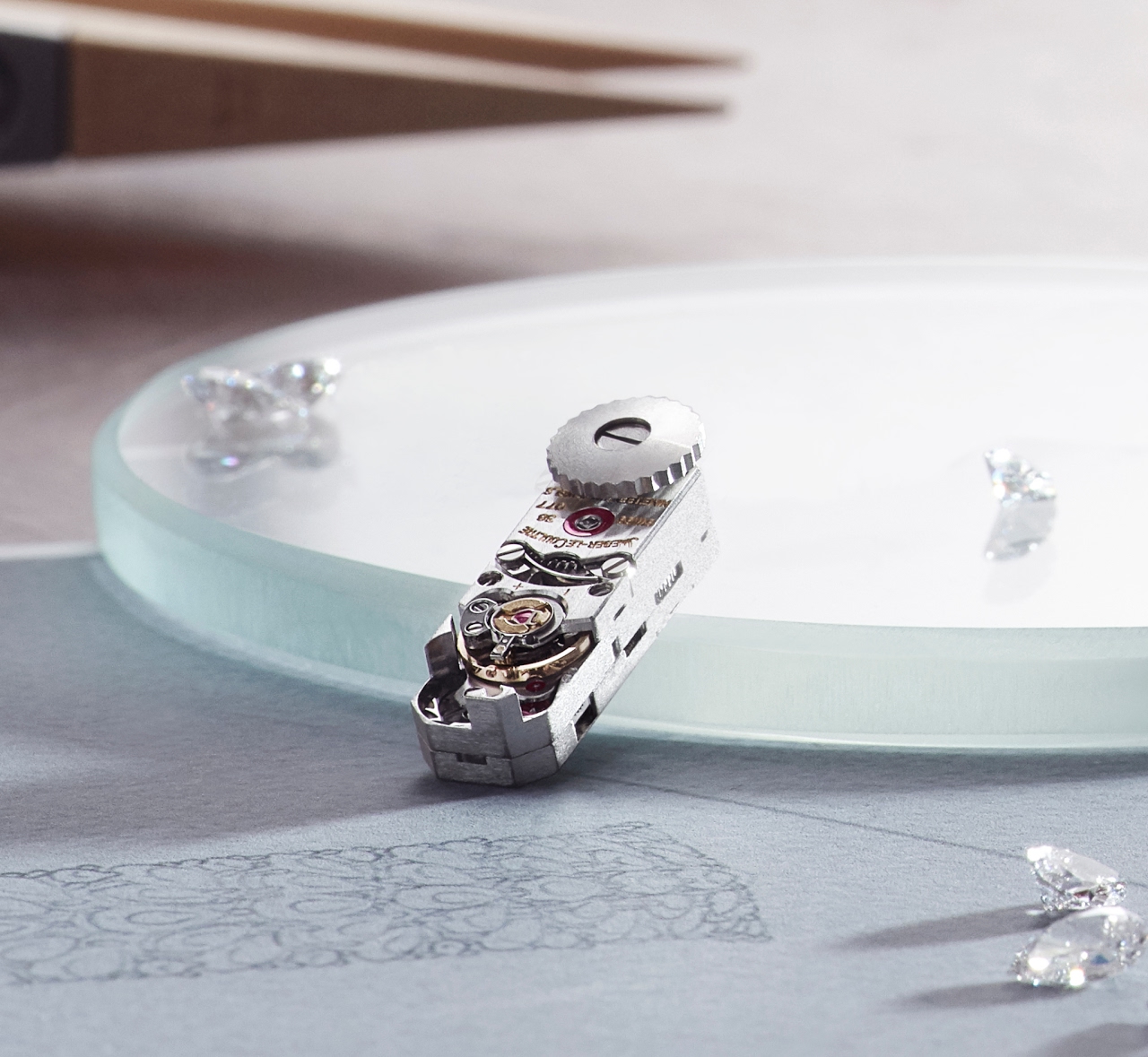 The other remarkable detail is that after all these years, 91 years, it is still housed in some watches of the current collection. How many movements can claim such longevity?
The Reverso Cal 101, a limited edition of 5 pieces in white gold, XGT case: 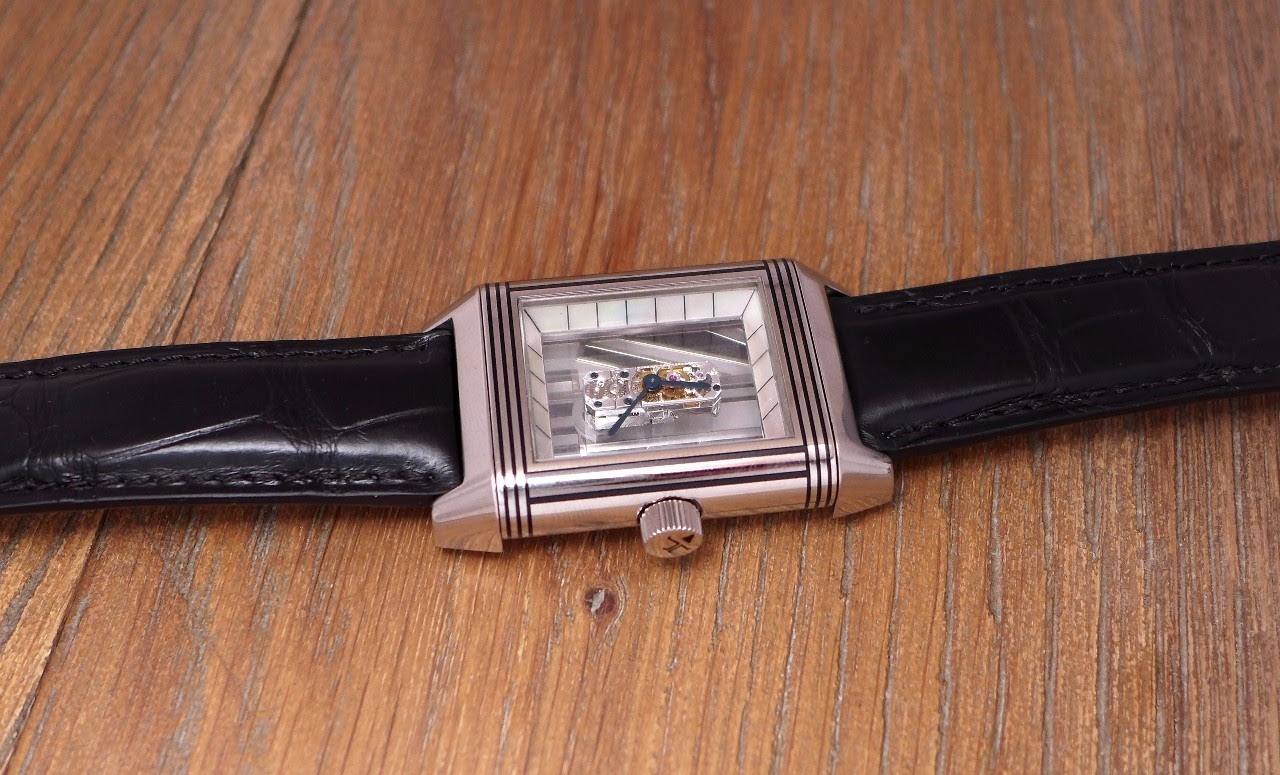 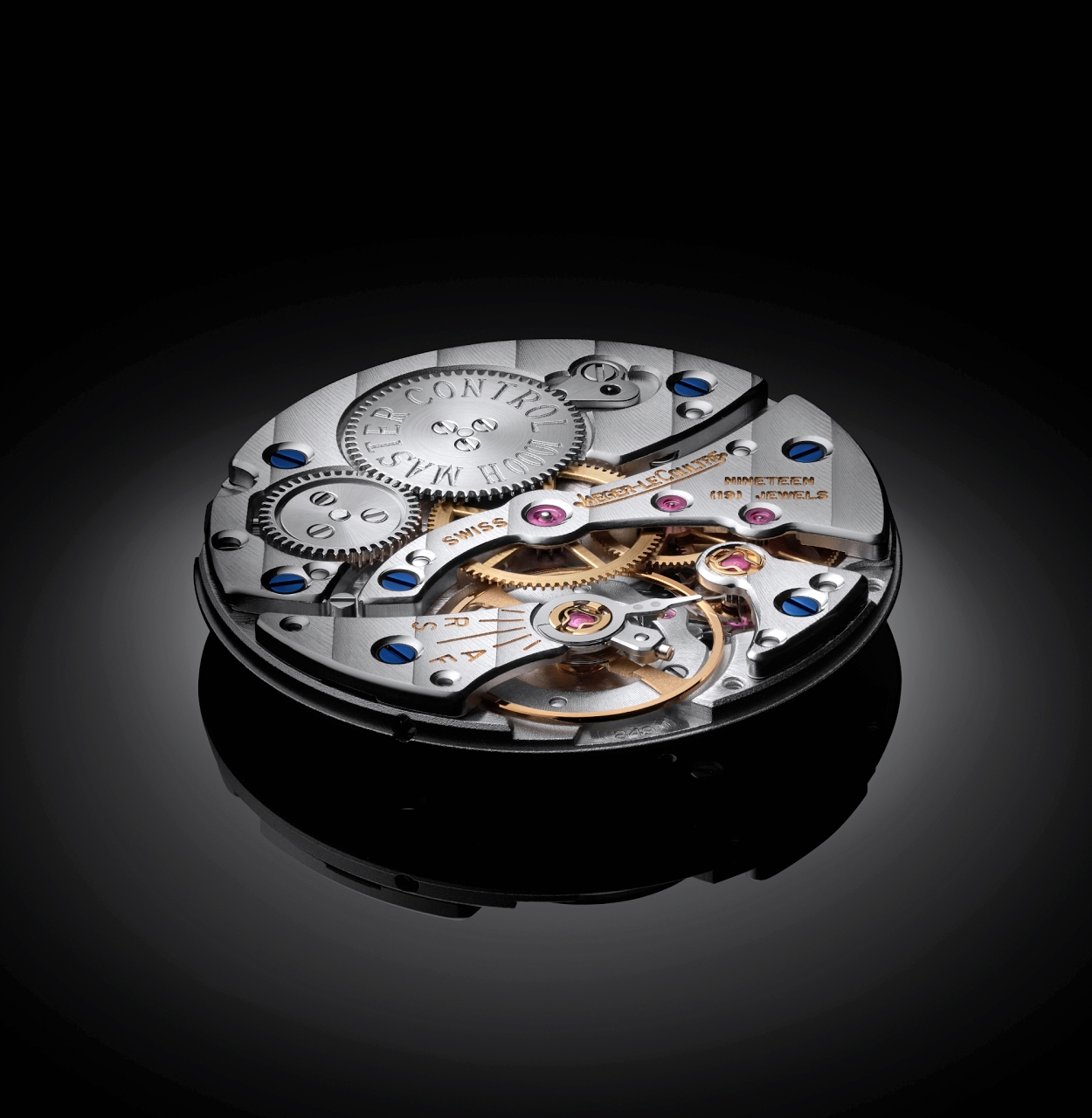 Born in 1975 under a slightly different reference, the Cal 839, when the Quartz almost killed the traditional mechanical movements, it had to be daring to decide to make such a movement. It is small, with a diameter of 20, 20 mm, but the most impressive feature is its thinness, with a height of only 1, 85 mm for 123 components. It beats at 21, 600 vibrations per hour and offers the same power reserve as the Cal 101 ( 33 hours ).
It is housed in the thinnest modern definitive watch, the Master Ultra Thin Enamel Skeleton, which is 3, 6 mm high. 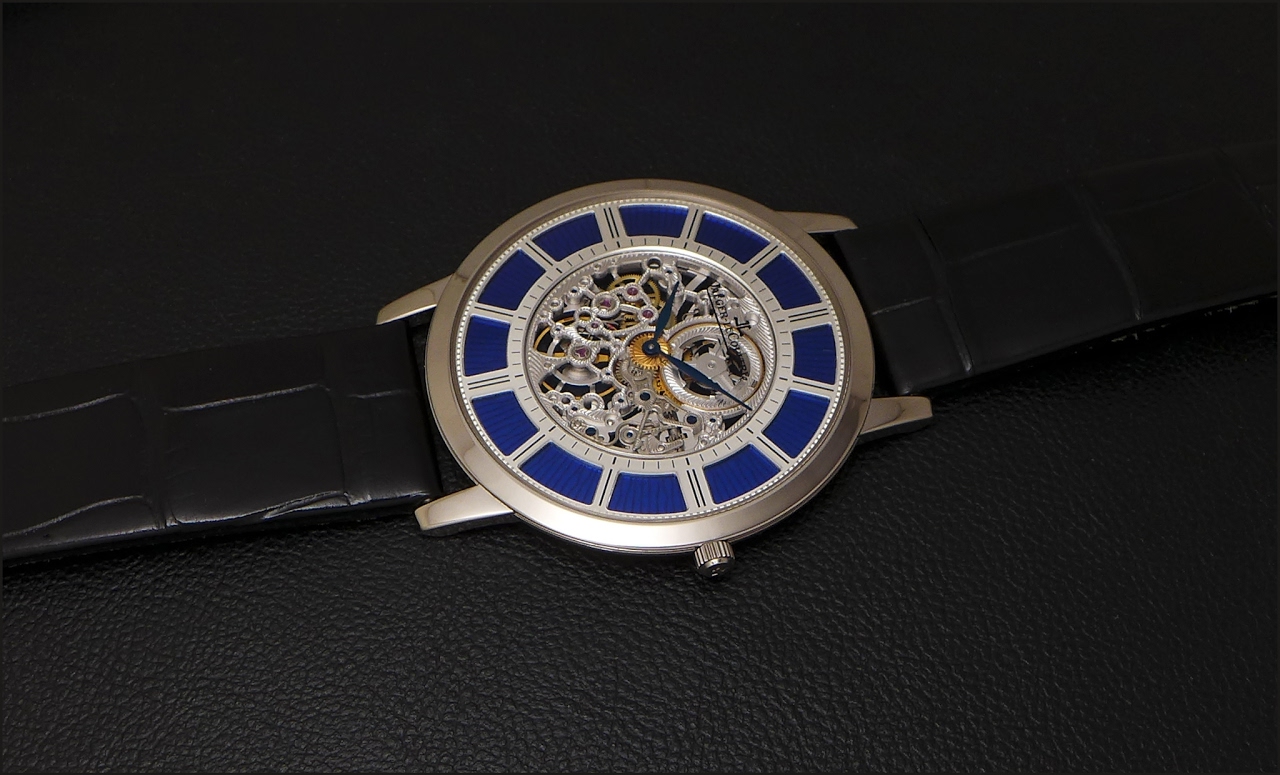 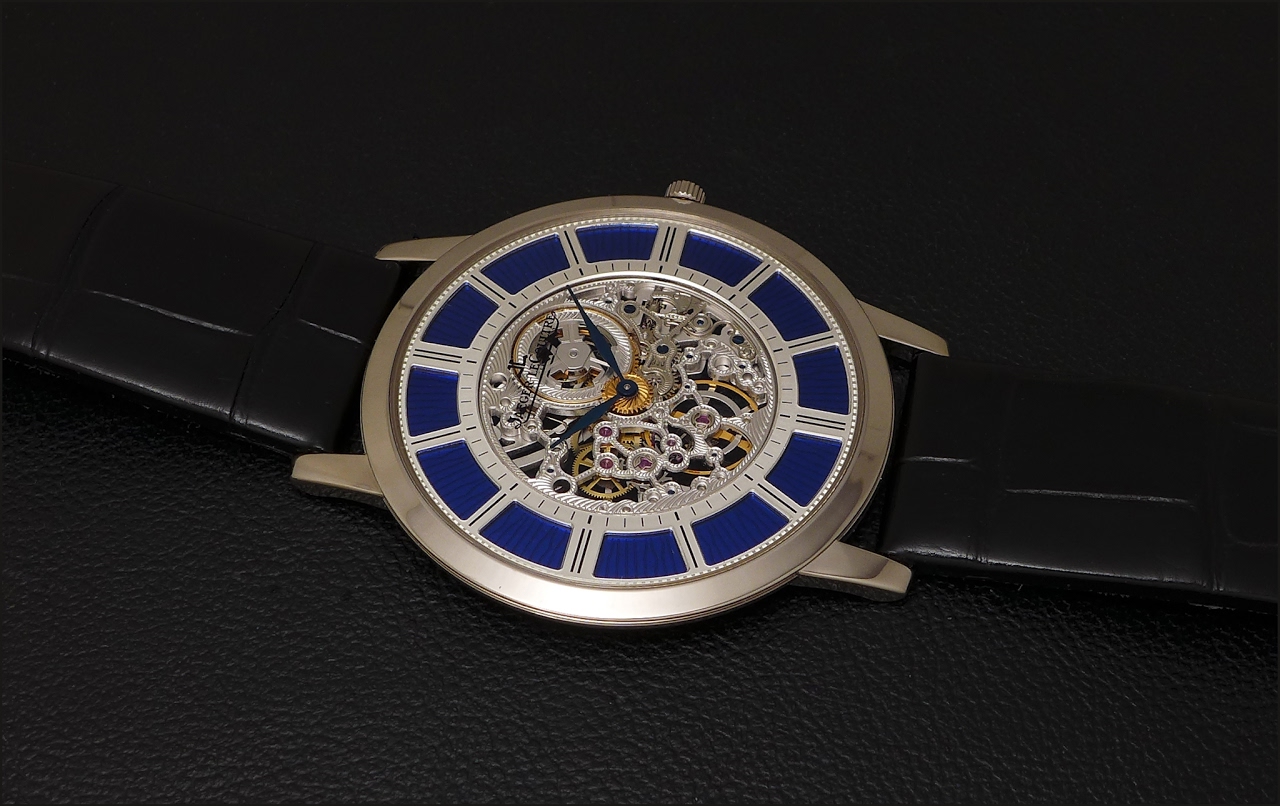 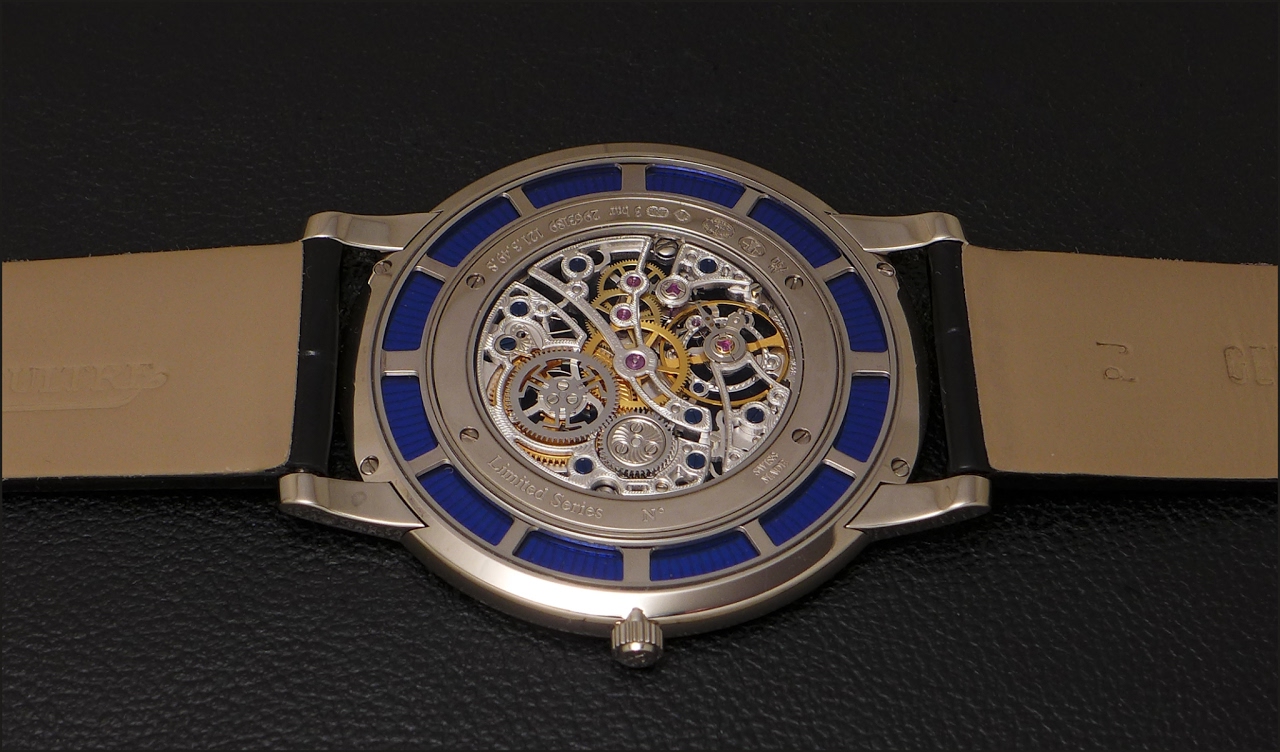 Both of these movements are an important and very interesting part of JLC Patrimony. They are the heart of some horological marvels, too.
It was fair to give them some attention.
Best,
Nicolas

By: amanico : September 8th, 2020-00:00
Of course we could mention many great movements from Jaeger Lecoultre. They made,since 1833, more than 2000 movements, so the list can be endless, such as the Cal 889, the 38x from the Duometre line, the Gyrotourbillons, and, of course, the vintage calibr...
login to reply

I think that JLC ​​is not just movements, I see it as the heart of the brain and the tools

By: PoyFR : September 8th, 2020-00:56
I think that Jaeger-LeCoultre is the encyclopedia and the reference for the mechanical watch industry. I can see the artistic achievements but when I look at it I do not often think or see all the intellectual abilities and resources it represents. If and...
login to reply

Well said, Dédé. Do you remember the feelings when we were visiting the Manufacture? When we saw all these men and women working on these movements? THIS is THE way to fully appreciate...

By: amanico : September 8th, 2020-01:22
Our beloved tic tacs and to measure how well they are made. That's why JLC is known as the Watchmaker's watchmakers. Best, Nicolas
login to reply

Not forgetting that all powered JLC watches are approved mouvements

By: PoyFR : September 8th, 2020-01:43
Experimented watchmakers say ‘we know and call it a reliable mouvement when it has timed for 30-50 years’
login to reply

True. And they have quite a lot which can qualify. [nt]

Thank you for this insightful comparison!

By: th.gr.ga : September 8th, 2020-00:59
These are two truly amazing movements- every bit worthy counterparts to some of the Maison's more complicated offerings. The 101 in particular continues to impress- and the Reverso 101 is an outstanding and ingenious application. To my amateur eye it stru...
login to reply

Typical from the Vallée de Joux, definitely. I really think we could see the Cal 380 of the Duometre as another movement worth being mentioned, here, too. [nt]

two very outstanding examples of what JLC is capable of...

I've never seen that 101 in Reverso XGT case before.

By: blau : September 8th, 2020-04:01
It's amazing! What a beautiful way to showcase that movement. The watch case really serving as display case for a gem.
login to reply

By: tim5 : September 8th, 2020-05:25
Tho I like the movements better than the example watches. I like the "floating movement" on the reverso (reminiscent of a transparent Corum, can't remember the exact model) and, while usually not a fan of filigreed movements, it somehow works on this ultr...
login to reply

Really a pleasure to see and read about the cal. 101

An impressive creation, indeed. Thanks for looking, my friend. [nt]

These movements are undoubtedly important. I was told the winding of the 101 needs to be as gentle as holding a baby. [nt]

With the crown on the back! Thanks, Gup. [nt]

Thanks Nico. I realised that. In fact, I was told by JLC boutique staff that some female customers did not know they had to be gentle in winding

The 849 ticks beautifully in my Master Ultra thin!

By: eklektik : September 8th, 2020-14:31
I feel very lucky that it was my first JLC, I will never let it go. The motto "Less is more" fits perfectly to it. Thanks for this celebration Nicolas! Best, E.
login to reply

Agreed, that's the beauty of the Cal 849. And it was worth a celebration. Enjoy yours, mon ami. You have a true piece of horology. [nt]

A quick fresh photo to illustrate our discussion :) Best, E.

We need to see more of these. Nico, did you write anything about the Reverso Grande Complication A Triptyque?

I am preparing something on the Reverso à Triptyque, my friend. As for the Reverso Platinum skeleton, if you mean this one...

By: jml_watches : September 9th, 2020-08:41
But they are only part of the story, they're also in some wonderful watches Cheers JML
login to reply