watch. I'm quite familiar with Romain's work and with the man himself. A real gentleman and his work is stupendous. I certainly wasn't very familiar with it until a few months ago when I was fortunate enough to get the HMS. The Logical 1 is on my shortlist (which, unfortunately, never gets shorter, only longer). Thank you for the link. Looks like fantastic reading. 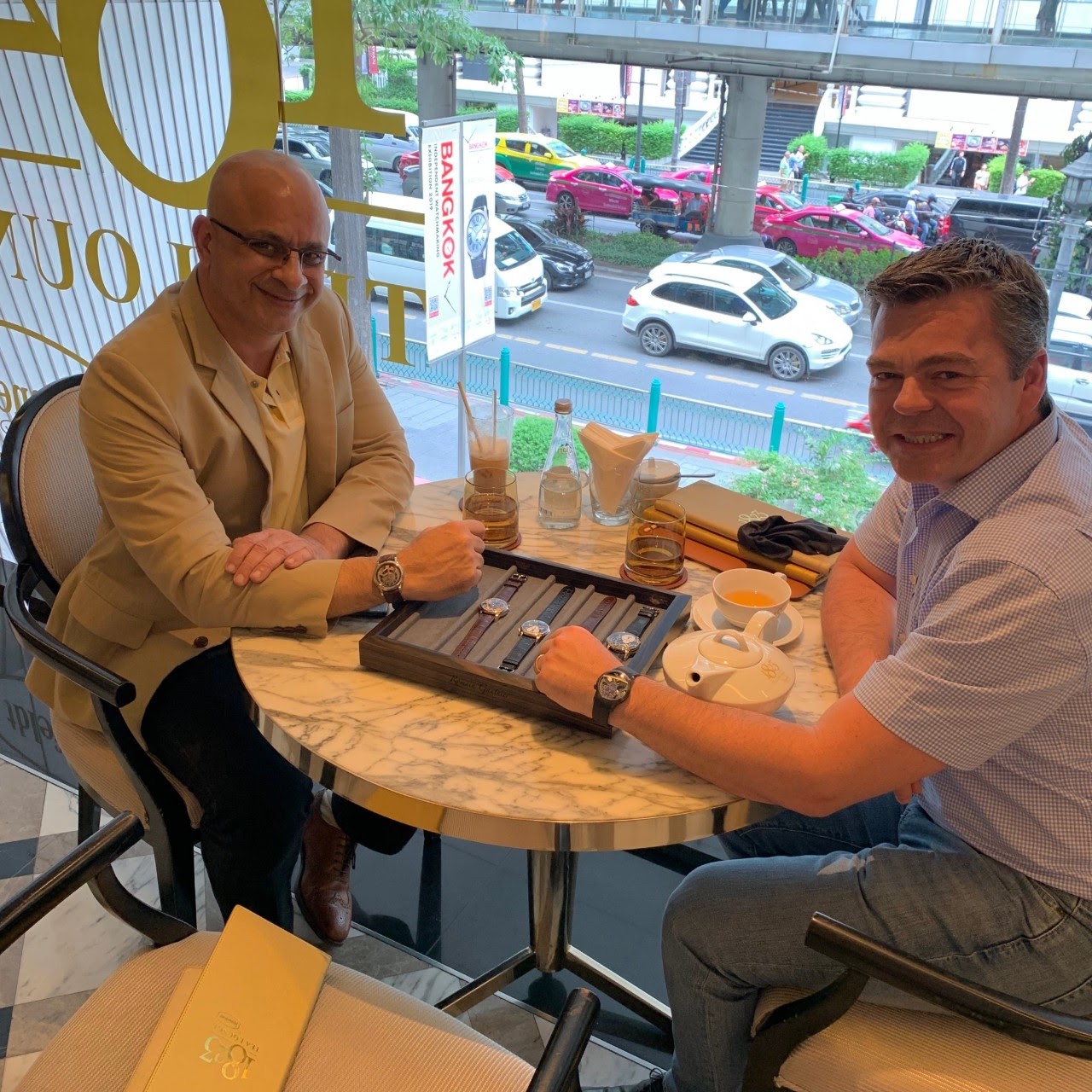 By: batholith : August 12th, 2019-16:44
I had never considered getting one until I saw it a a local dealer. All I can say is that it is exquisitely finished and enjoyable to wear. ...
login to reply

Yes but you have to hold it properly and not strapped on. As easy as with conventional crown [nt]

By: batholith : August 12th, 2019-21:44
Unlike nwk00, I actually find it harder to wind that a normal crown. For my large stubby fingers, I have to essentially use my nails in the detents on the crown. Not as easy but not bad enough to make it an impediment.
login to reply

Can you try this?

By: nwk00 : August 12th, 2019-22:40
Hold the watch steady so it doesn't move when you press and slide the crown. It should glide easily. And because the crown is huge, you have a lot of leverage and speed. www.flickr.com
login to reply

Will certainly do so.

By: batholith : August 13th, 2019-02:28
Thank you for this. I tend to hold it in a similar fashion but attack the edge of the crown, the serrations.
login to reply

Yeah I love this watch

By: nwk00 : August 12th, 2019-19:01
It's always taken a back seat to its big brother the Logical One. Shame because the movement is quite pretty.
login to reply

Exquisite! I love Gauthier's designs. These are grails for me. Wear it in good health! FH [nt]

Thanks very much! [nt]

Romain Gauthier is in my Top Five Independents. I like the design, the movements, the finishings, the originality, and the fact that he really cares about the details. [nt]

It really is well finished

I have been surprised when I discover his watches in London, in 2009. Since then I am under the spell. [nt]

Such a good looking RG .

A superb watch, looks like it wears very well on your wrist.

By: Jay (Eire) : August 13th, 2019-04:07
As others have said we all seem to be a little guilty of letting the Logical One and the Micro Rotor dominate the RG discussion. This is also a superb watch, more classic in design but with just enough personality to make it stand out from the crowd.
login to reply

By: batholith : August 13th, 2019-04:52
Yes, I, too, have been dazzled with the other models. It was only once I handled this that I realized that not only was it special, it was a great regular wear watch.
login to reply

By: batholith : August 14th, 2019-12:30
but I don't think it's the hands. In my case, I'm more drawn to dials with textures and levels; levels this has, textures not in the density that wow's one. That said, the small seconds hand tied to its exposed wheel is fascinating.
login to reply

Romain and his watches are amazing

By: Watch_time_it_is : November 21st, 2019-13:03
I encourage you to check out Romain's watches in person at a show, owners, or dealer (Like Passion Fine Jewelers in CA). Here's an article I posted a few months ago. Since then I've been fortunate enough to add the Logical to the collection. www.watch...
login to reply

By: batholith : November 21st, 2019-14:53
watch. I'm quite familiar with Romain's work and with the man himself. A real gentleman and his work is stupendous. I certainly wasn't very familiar with it until a few months ago when I was fortunate enough to get the HMS. The Logical 1 is on my shortlis...
login to reply