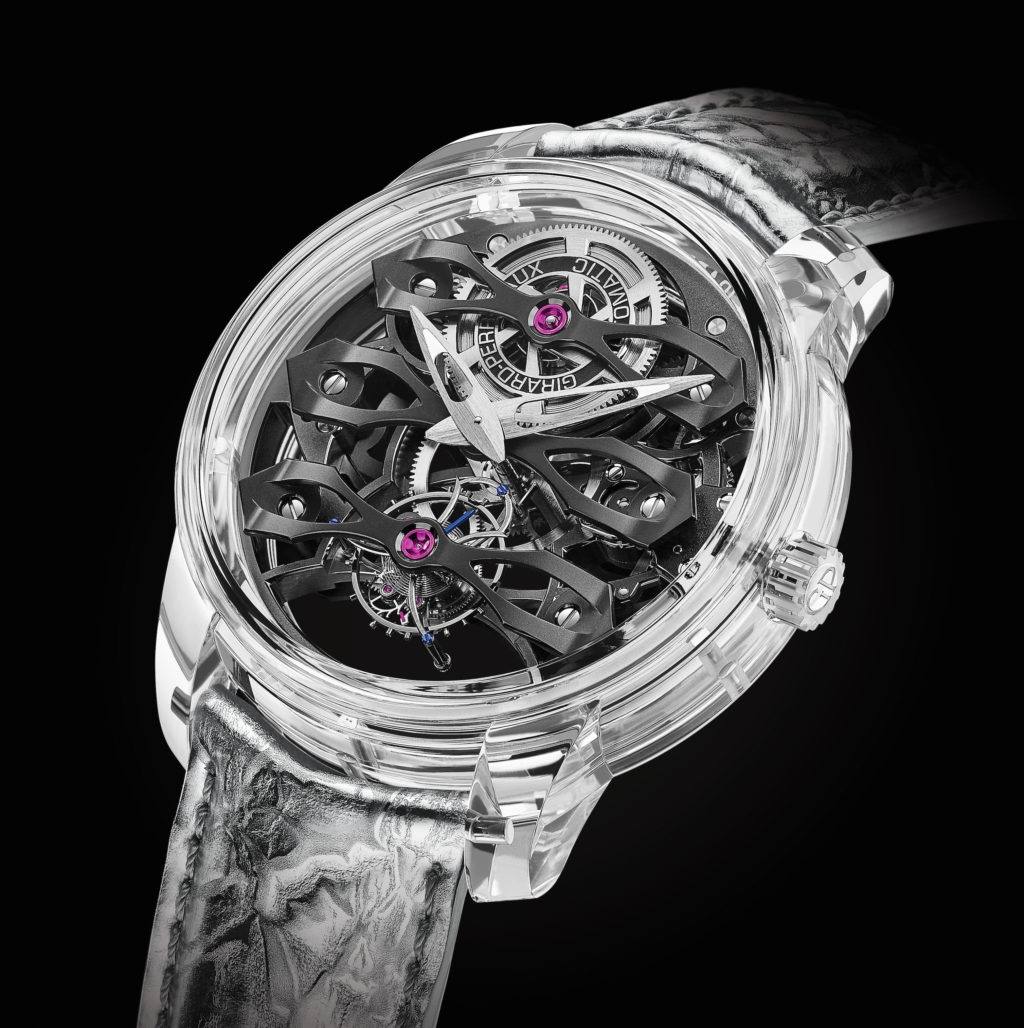 The Quasar, hidden during the SIHH and unveiled at the 2019 Edition of Watch and wonders, is the fourth opus of the Neo Tourbillon with titanium bridges.
Indeed, the first Neo Tourbillon was a revolution when it was introduced in the 2014 catalog.
No gold bridges, but some sensual, even if less refined, titanium bridges, all in curves, but quite powerful, contrasting in an eye catching way with the warm 45 mm rose gold case. 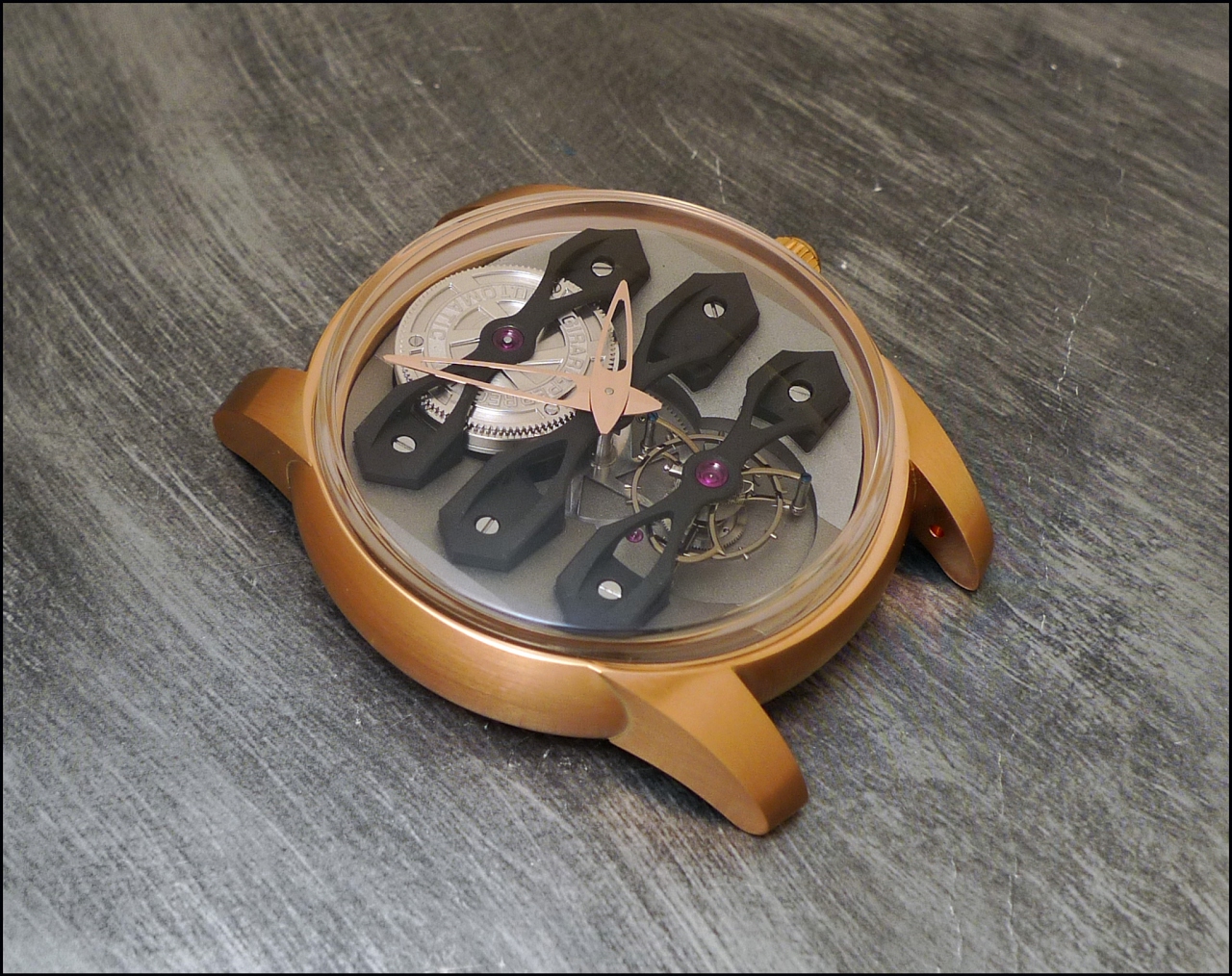 It had its charm, but for those who wanted to go farther in the concept watch look, they just had to wait one more year, to see what I consider, to this day, as the best Neo Tourbillon version, the DLC Titanium, affectionately called " Neo Tourbillon Black ". 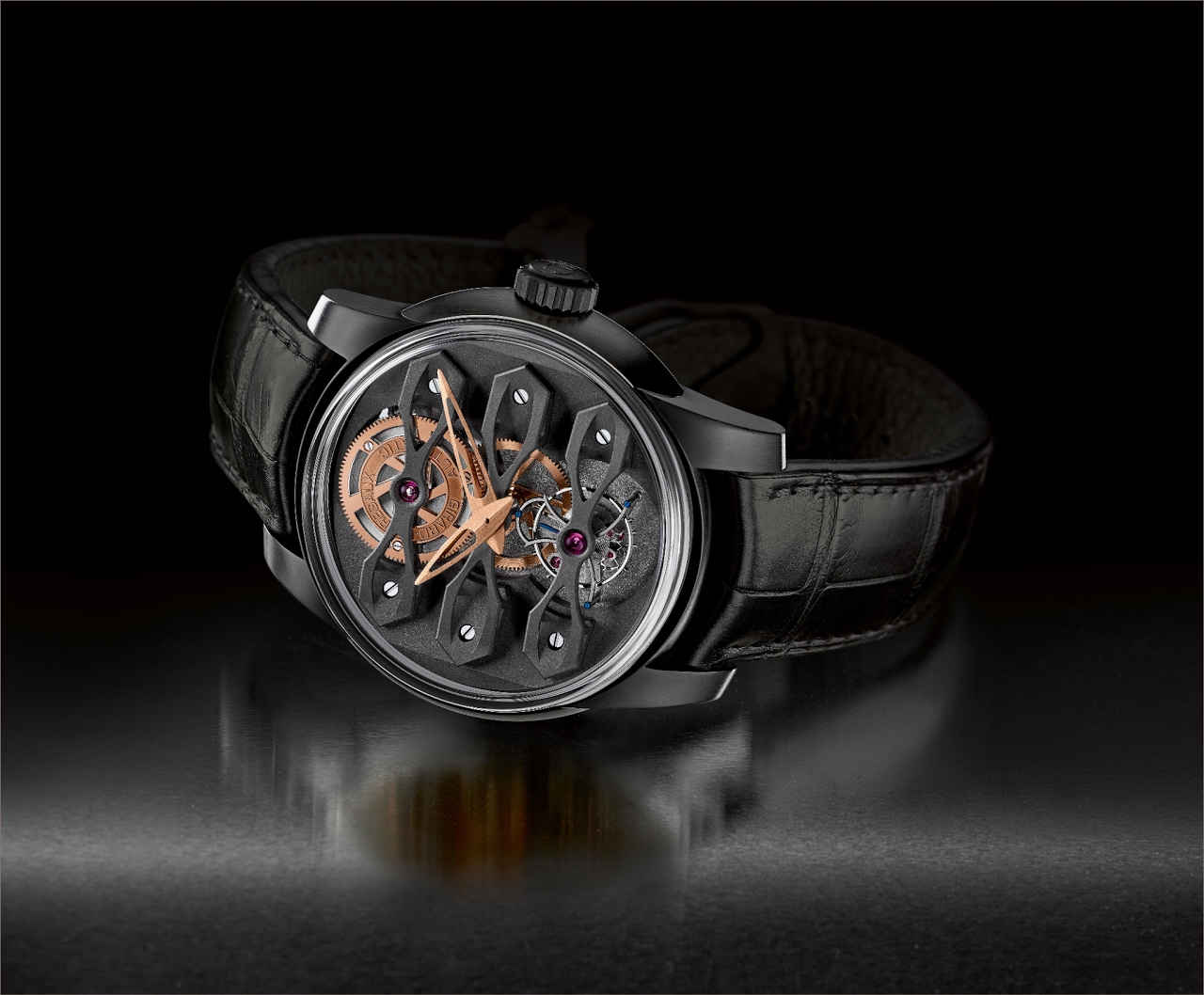 After a pause of three years, Girard Perregaux revisited the Neo Tourbillon with a skeleton version, in a Titanium case. 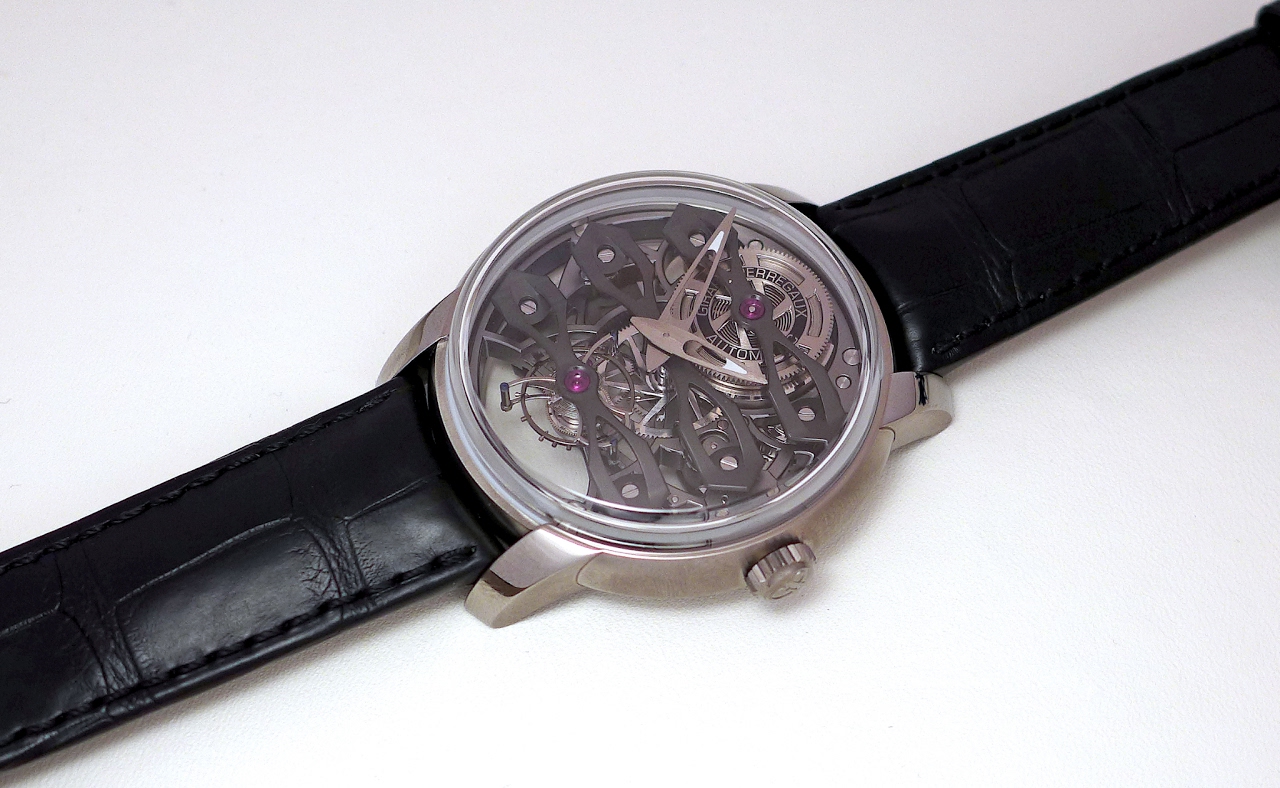 And this year, the Blue House revisits in a deeper way the transparency of the Neo Tourbillon Skeleton, with the Quasar. 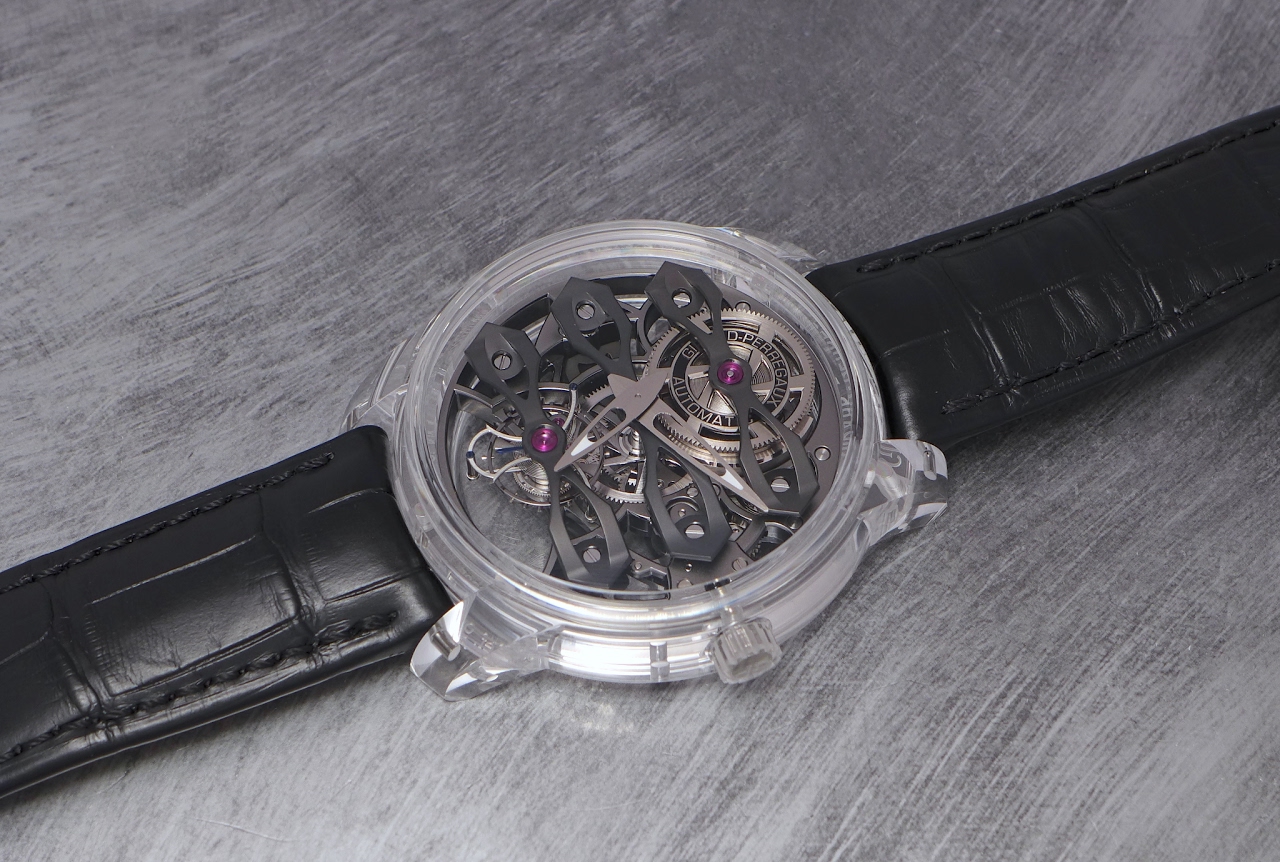 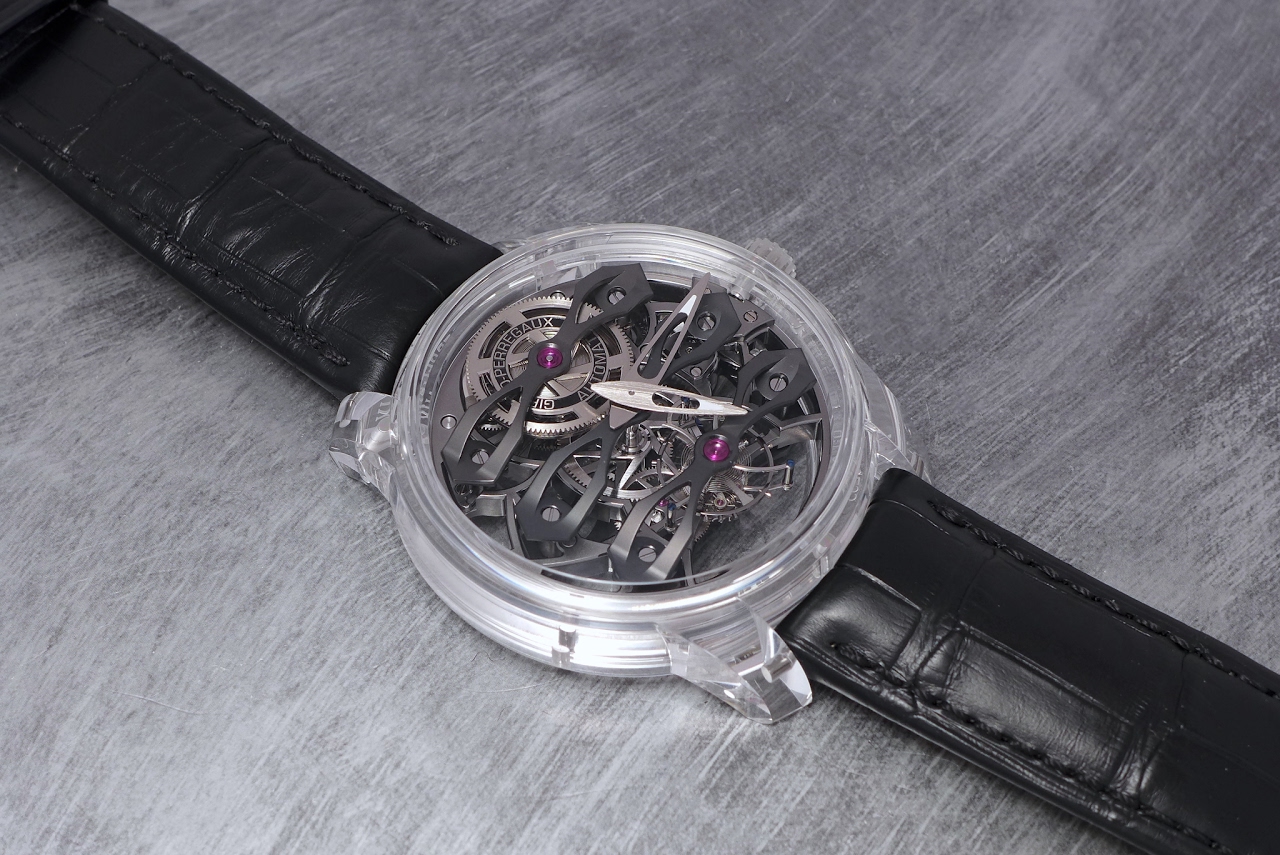 Not that the dial is more skeletonized, it is, from what I furtively saw, the same, with the same strange luminous hands ( I still wonder why they opted for the lime in the hands on the Skeleton and on this one... ), the huge difference, and the big novelty is... The case.
Indeed, the case is made in sapphire. I still have to find the true meaning of Quasar, by the way.
Even if some other brands released some watches with a sapphire case, such as Jaeger LeCoultre and the Hybris Artistica Duometre à Spherotourbillon in 2014, they are not legion.
I asked Girard Perregaux how much time was required to make a sapphire case, they told me a bit more than... 200 Hours.
The skeletonized version of the movement has a big advantage, compared to the normal one. There is something to see on the back side, while the view on the non skeleton versions ( rose gold and  titanium DLC Black ) is less enjoyable... 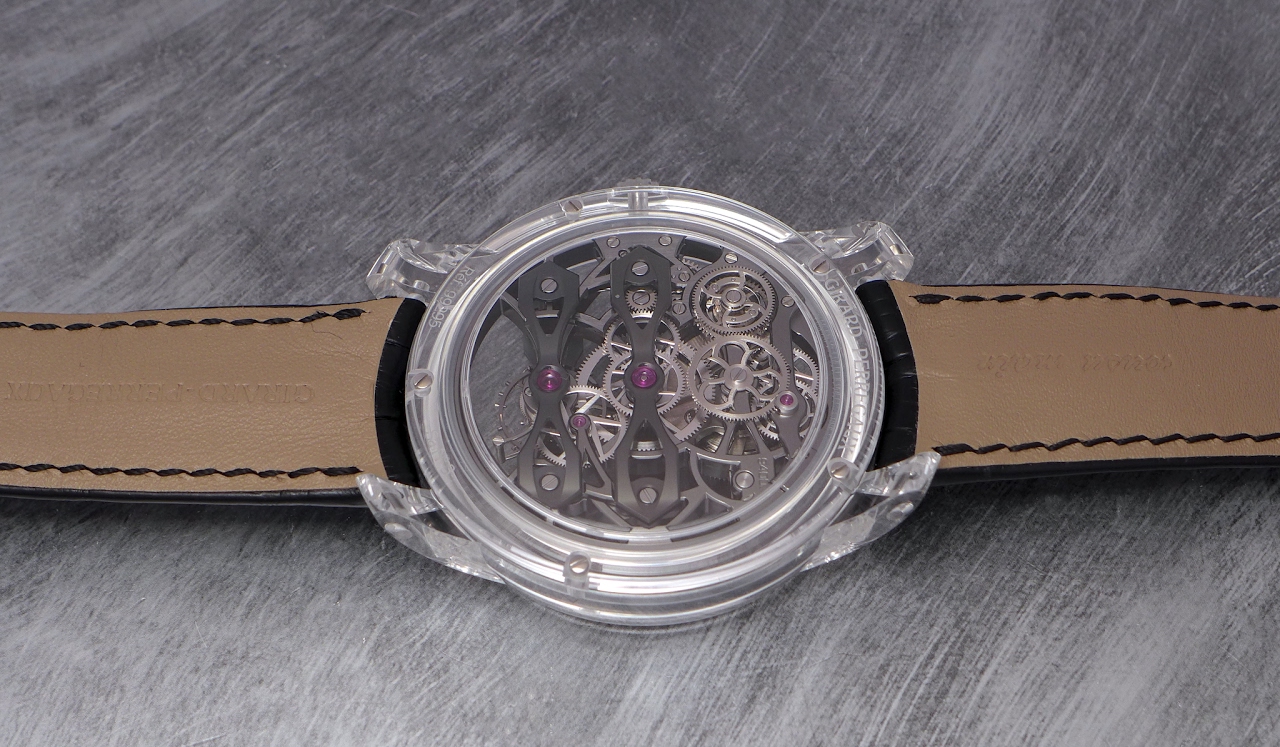 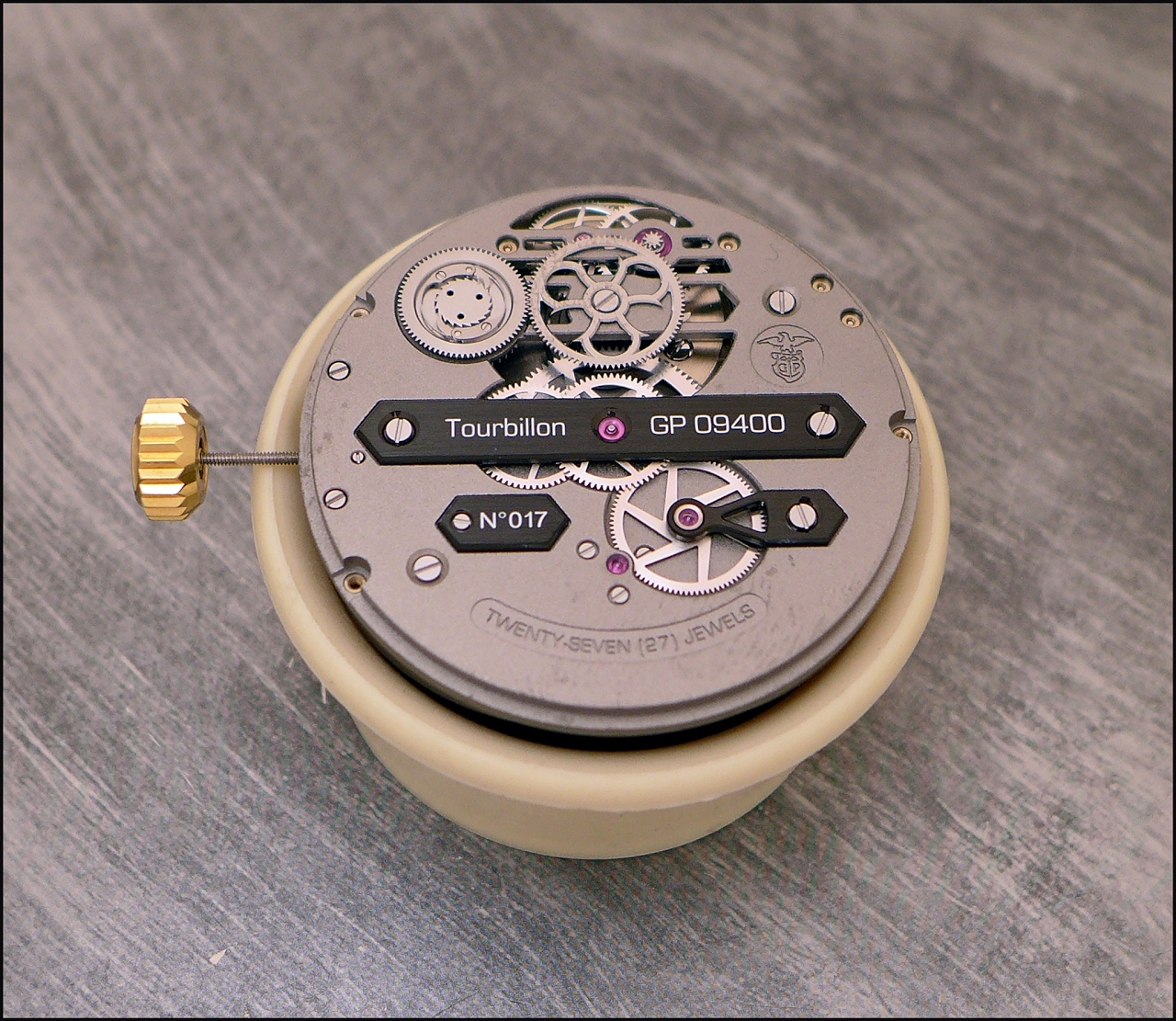 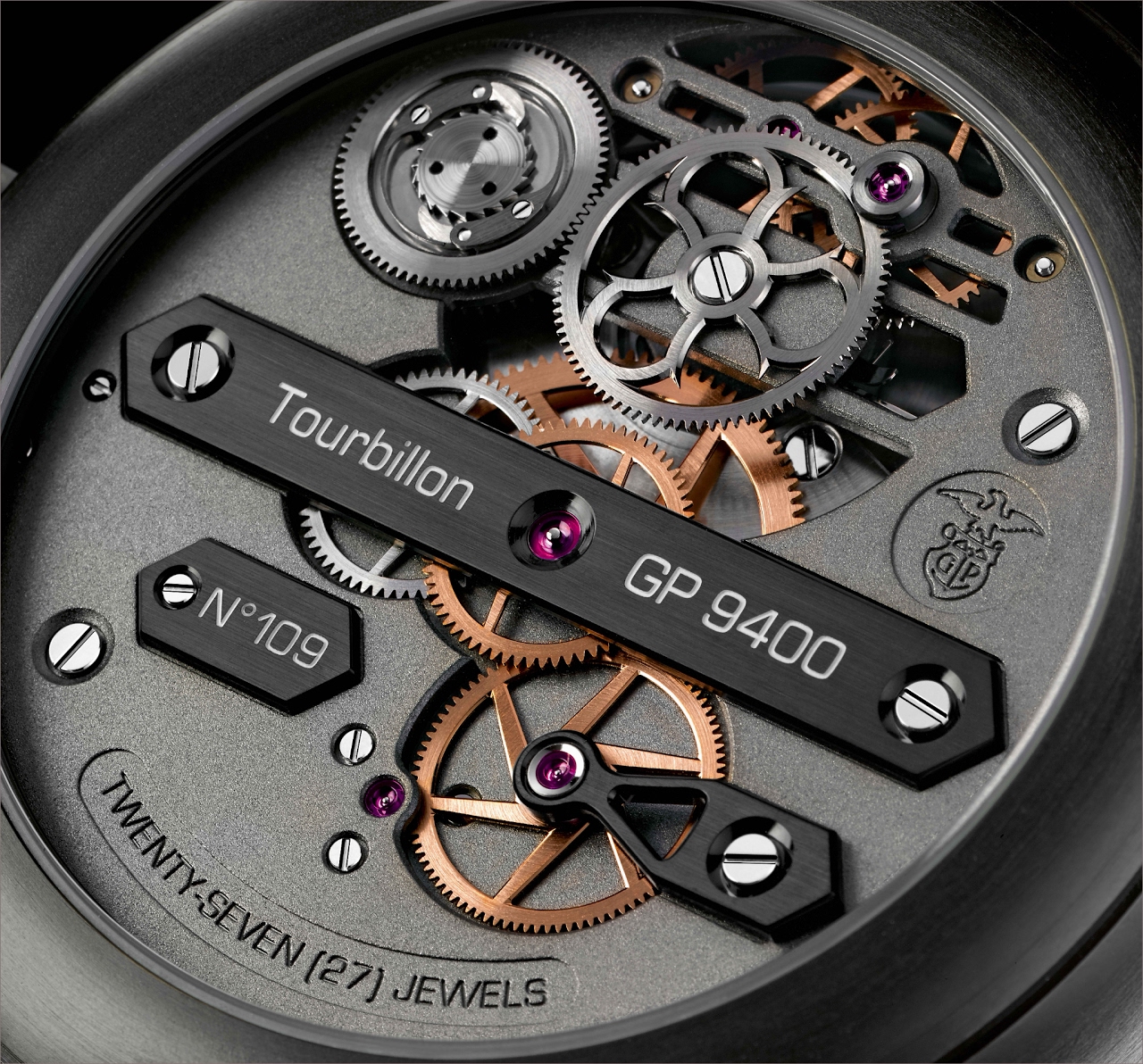 The movement is the Cal GP 9400, huge ( 36 mm ) and thick ( 9, 54 mm ), automatic, with a delicious micro rotor located under the upper bridge at 12 o'clock, made of 260 parts, beating at 21, 600 vibrations per hour, with a power reserve of 60 hours.
It was a pleasure to have the opportunity to handle this watch for some minutes. Yes, it is a nice and original version of the Neo Tourbillon, but I am not very fan of these transparent cases, and my favorite remains the Neo Tourbillon Titanium DLC Black.
Looking forward to reading your comments and thoughts,
Best.
Nicolas

By: amanico : June 3rd, 2020-03:45
The Quasar, hidden during the SIHH and unveiled at the 2019 Edition of Watch and wonders, is the fourth opus of the Neo Tourbillon with titanium bridges. Indeed, the first Neo Tourbillon was a revolution when it was introduced in the 2014 catalog. No gold...
login to reply

This is a fabulous watch.

By: jlux : June 3rd, 2020-04:27
Avantgarde high horology at its best and it really shows what GP is capable of. Anyhow, the neo tourbillon three bridges (together with the JLC spherotourbillon) is my favorite tourbillon design: maybe one day ….
login to reply

Yes, these two brands make my favorite tourbillons, as well. Thanks for your feedback. [nt]

I like the bridges and the movement architecture, but I think the sapphire and mismatched hands draw attention away from them instead of supporting them

By: lk : June 3rd, 2020-06:09
I do think there is room for more experimentation with the three bridges motif, but I hope this will be focused on the bridges themselves.
login to reply

It would be great to have the Quasar bridges with a " solid " case. [nt]

I agree with you - this watch is too transparent

By: cazalea : June 3rd, 2020-06:11
And the shape of the bridges now seems too technical, too curving, arching, cutaway... I can’t exactly put my finger on it. Rather than a watch movement, this now looks like (to me) a tiny wrist-mounted paper shredder. Sorry. I’ll take the neo black or tr...
login to reply

By: cory : June 3rd, 2020-12:44
I hear new and exciting things are coming soon from GP which I for one am very excited to see and learn more. I don't mind sapphire inside the watch movement but not used for the case.
login to reply

Wow, exciting! I am impatient to see that. [nt]

A beauty! There are no words! Thanks for posting this spectacular piece! [nt]