The Stepped Tank came in three variations depending in which boutique it was made. It came in three similar (but o.. so different) references, and I will try to explain the differences.

All three references are rare!

Cartier released these rolled gold Tanks sometime between 1973 and 1976. This was before the "Must De" era when the NYC store was still independent of Paris and London. They were rolled gold over brass, not silver!. It was apparently because of the success of these watches that Cartier released the "Must De" tanks in 1977 once the separate Cartier brands in NYC, Paris and London were reunited.

Comparing it on rarity with for example a Rolex Daytona (Paul Newman) ref: 6239, which produced only 14.000 pieces. The Stepped Tank was produced in much lower quantities. This was because of the low demand duo to the oversized nature and design of the case, and because it was discontinued in late 1976 when the three Cartier boutiques decided to reunite their three branches into one early 1977. Therefore not many of these were produced and sold, and are today very scarce and sought after. 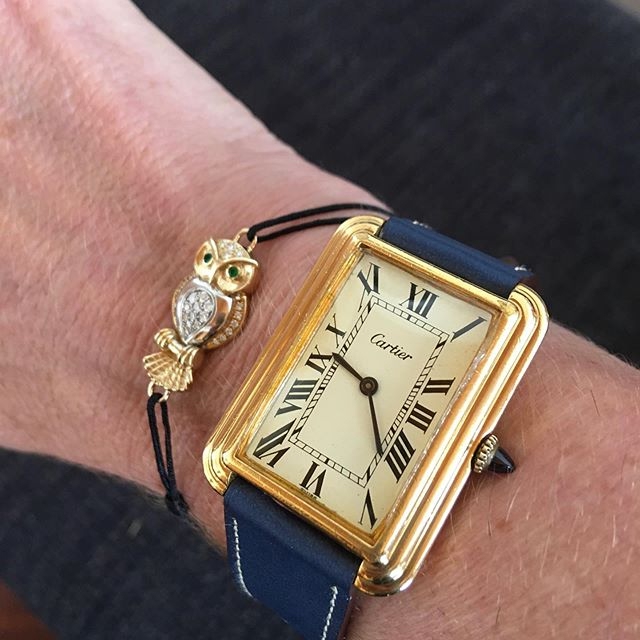 This specific model seen above is a PRE-Must De Cartier Ref: 15176 New York which is the rarest variation of the series. It was the only on which had a 14k rolled gold on brass alloy back-plate and front case (The other references had 18k rolled gold cases). It was made between 1973-76 in the Cartier boutique New York. It was also the only reference with the ''Four Screw'' back-case & unusual large elongated spinnel cabochon sapphire crown, which was partly integrated into the case design forming a crown guard. It was also the only reference which had the true Cartier markings and serial numbers. It had a deep punched Cartier logo and text in French language, and deep punched serial numbers starting with the number 12 space followed by its 5 digits serial number. The other references did not had a serial number and where lightly engraved with the Cartier brand and text. Only max 2500 pieces of the ref: 15716 were ever made before it was discontinued in late 1976.

The London boutique version Ref 471 had a Small crown which was Not integrated into the case and had a push back-case with NO screws and it had a engraved back case (in English language) with No serial numbers. Only max 5000 pieces of the ref: 471 were ever made before it was discontinued in 1976.


The Paris boutique version had Ref: 1543 and also had the Small crown and a push back-case with No screws and also had a engraved back case (in the French language) with No serial numbers. Only max 5000 pieces of the ref: 1543 were ever made before it was discontinued in 1976.

Many of these differences have to do with that Paris & London boutique were based closer together and they exchanged the same ideas and stock parts. The New York boutique was a more isolated store and they came up with their own parts and designs which reflects today back in these three different variations.

All three variations came with a signed Cartier caliber 78-1 hand wind movement which was based on the eta 2512. And all three had a slightly domed curved ''Crystal Glass'' which was level with the case and was not raised from the case sides.

The dials were hand painted in lacquer and because of this almost all have aged with a patina to different colors which we consider today to be tropical dials and many have developed a spider dial (crackling trough the paint). They came in white, blue, black and brown with gilded hand painted numerals and sword hands. But the true classic iconic white Cartier dial with black numerals and matching black sword hands is maybe my favorite variation (also some times seen with gilded or blue sword hands).

Overall: These Tank watches can be considered sleepers duo the lack of information out there and Cartier is not very helpful with releasing their records. These were produced in very low volumes. The Ref: 15716 New York is the rarest version with a production of max 2500 pieces in 14k rolled gold (American standard), unlike the Paris and London versions which each produced max 5000 pieces and issued in 18k rolled gold.

In the last 20 years or so I've seen only less than 25 (all three references combined) of these watches offered or sold and I have seen in comparison thousands and thousands of Rolex submariners.

The last one ive seen sold in 2019 was by Theo & Harris watches and it was sold for $3955. And it was not even the Ref 15716 New York version but it was the London or Paris variation with the small crown and snap back.

Hope I could help. 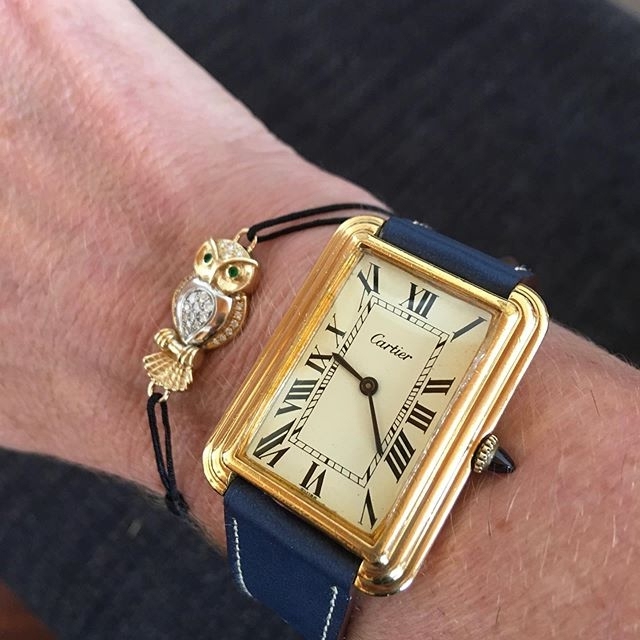