Jun 26, 2020,10:26 AM
From IWC's press release:
Schaffhausen, 25th June 2020 - During the second half of 2019, two British pilots circumnavigated the world in a Spitfire for the first time in the history of aviation. The main partner of the “Silver Spitfire - The Longest Flight” expedition, IWC has now created an exceptional pilot’s watch to honor the record-breaking flight of Steve Boultbee Brooks and Matt Jones.

Last year two intrepid pilots teamed up with primary sponsor IWC Schaffhausen to make aviation history by completing the first-ever round-the-world flight in a Spitfire. Matt Jones and Steve Boultbee Brooks crossed over 20 countries and covered a mammoth 43,000 kilometres in the 76 year-old restored aircraft during their epic expedition.

Now, just six months after successfully finishing the “Silver Spitfire - The Longest Flight”, one half of the daring duo - Jones - has become the latest member of the IWC family to take part in the brand’s online “TIME WELL SHARED” initiative. Aiming to raise spirits during the current global health crisis, the British pilot talks about his record-breaking flight around the world. Taking a look at the challenges the team faced along the way, he discusses the sense of isolation he felt at times in the cockpit and what the mission taught him about himself and the world around him.

Every TIME WELL SHARED video features a button where the audience can make voluntary donations to support Save the Children. Funds raised will be used to strengthen its programmes protecting children and families in countries that are hit by the COVID-19 crisis.

To commemorate the pilots’ historic 2019 feat, IWC have created The Big Pilot’s Watch Big Date Spitfire Edition “Mission Accomplished”. Limited to 500 pieces, the exceptional timepiece in the Spitfire design has a green dial, bronze case and a hand-wound, IWC-manufactured calibre, offering a power reserve of eight days. The watch is available here .

Matt Jones first took to the skies while in the RAF CCF section at Exeter School. After graduating from the University of Newcastle-Upon-Tyne with a Civil Engineering degree, Jones headed to London to work in an investment bank before eventually making plans for a career in aviation. Acquiring his first private and professional licences in the USA, he returned to the UK, where he joined business jet management company, Hamlin Jet, to run day-to-day operations. As well as being a display pilot and instructor, Jones is the co-founder and managing director of the Boultbee Flight Academy, which is the only accredited Spitfire training school in the world. Initially set up as a specialist training facility for pilots, it is also approved by the UK Civil Aviation Authority to take non-pilots up for flight experiences. Alongside his work on the “Silver Spitfire - The Longest Flight” mission, Jones’s other achievements include working with the Royal Foundation to establish the “Spitfire Scholarship”, an initiative that works with injured ex-servicemen and teaches them to fly the Spitfire. He was also responsible for the concept and delivery of the Battle of Britain fly-past, a 75th-anniversary tribute to “The Few”. 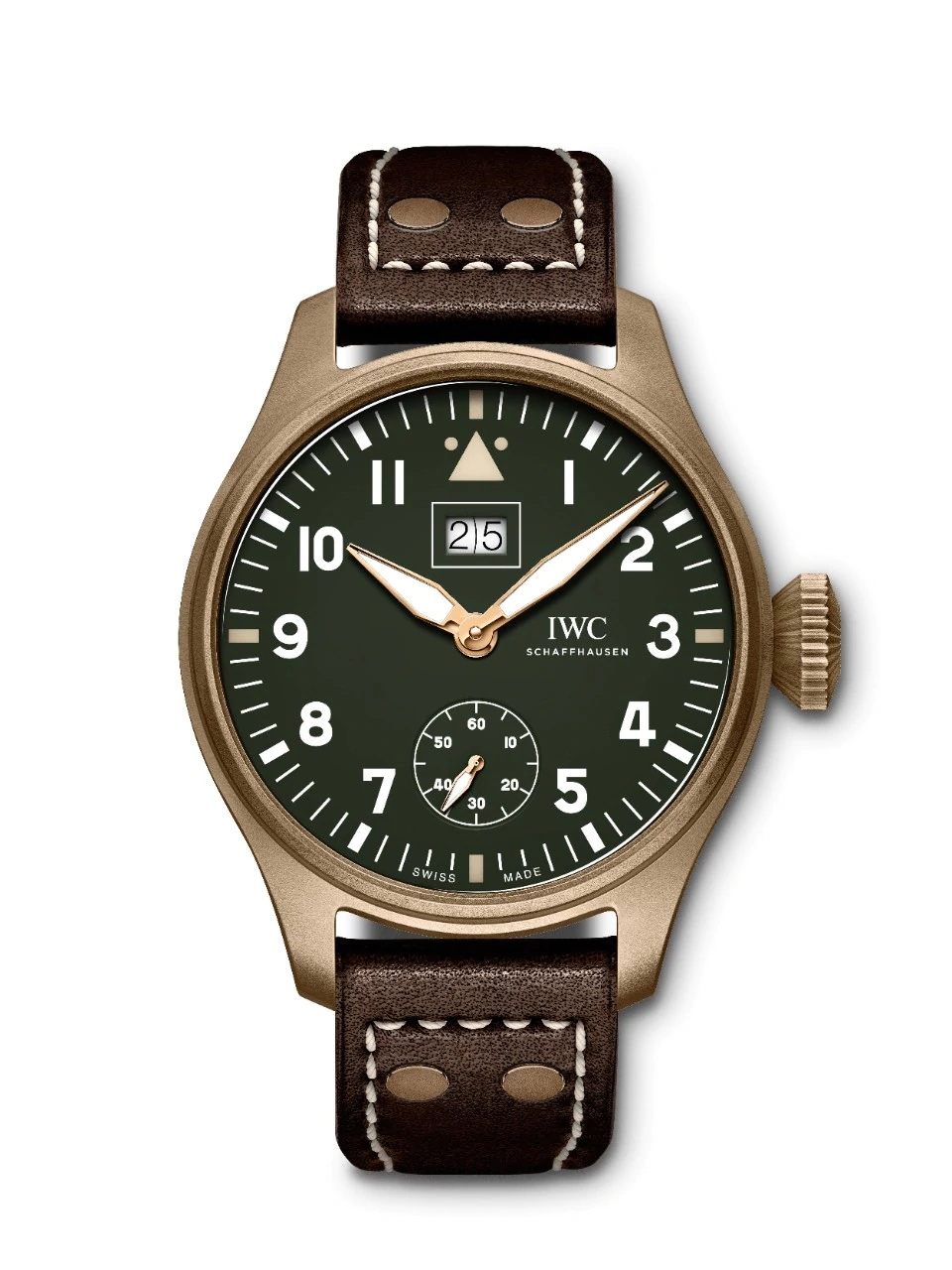 By: India Whiskey Charlie : June 26th, 2020-10:26
From IWC's press release: Schaffhausen, 25th June 2020 - During the second half of 2019, two British pilots circumnavigated the world in a Spitfire for the first time in the history of aviation. The main partner of the “Silver Spitfire - The Longest Fligh...
login to reply

Lovely watch these Big Pilots but...

No disagreement there. [nt]

These people have to add a date window on everything they create!

By: Makilla : June 26th, 2020-23:41
If they ever release a tribute to a paint, that should also have a date window. What’s the problem, I don’t get it! Can’t they just omit it for once and please the folks that prefer a clean dial?
login to reply

I was on to answer, then I saw your reaction... Which I totally share. [nt]

Forgot to mention that the case with that MISSION ACCOMPLISHED Looks ridiculous!

By: Makilla : June 26th, 2020-23:58
As if someone is playing a game or something and gets the mission accomplished in the end. Choose a different name for God’s sake!
login to reply

So so so so tired of limited edition bait.....

Agreed! As if LE's were not enough...