The strict corset put on all companies run by the MBAs and their banks leaves no room for spontaneity or creativity.  As in-house development costs at the big watchmaking brands skyrocket and development times tank the big industry names need to find ways of increasing their development productivity.  At the same time the creative types are fleeing from the stifling, all controlling atmosphere of those brands. 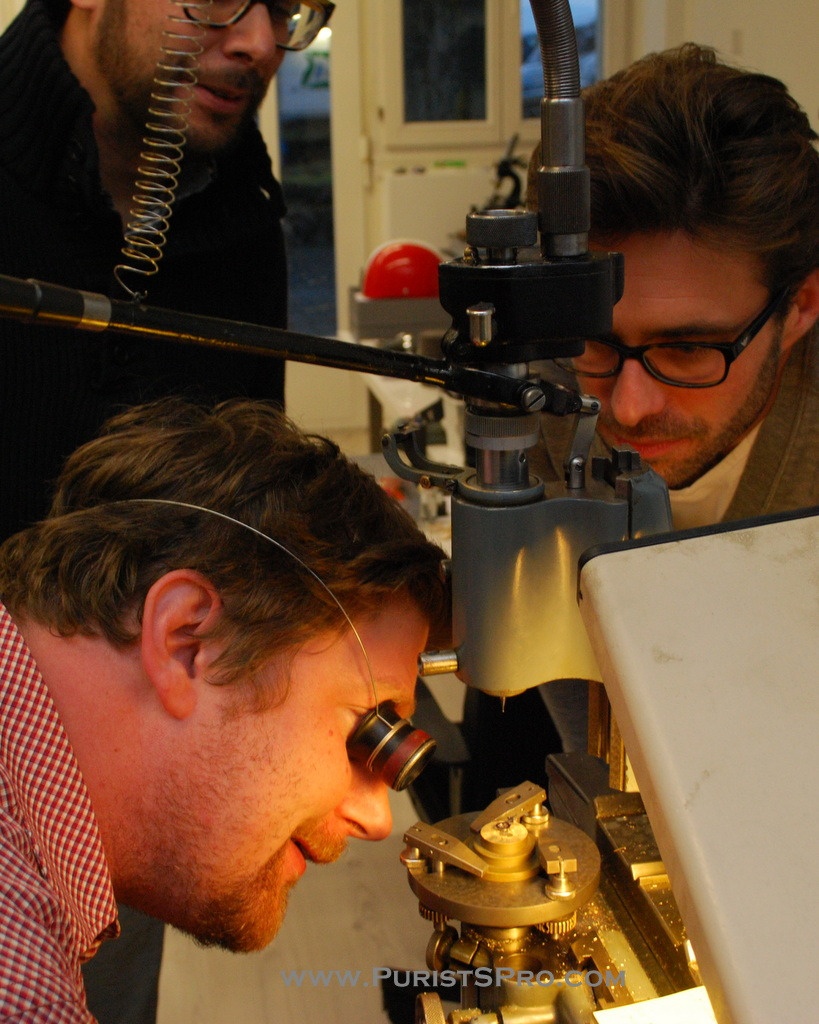 Studio7h38 is a new actor in the watchmaking world that is profiting from these trends. With Design activity since 2006 and R&D activity since 2011 they already have an impressive list of accomplishments and completed projects. In that time a corporate development might be just seeing first prototypes.  With watchmaking competence coming from many years spent at several watchmakers and major manufacturers, Studio7h38 is able to conceive, design and produce their prototypes from scratch.  The 3 principals each bring their own competence to the table to make a viable company: design, watchmaking and commercial. 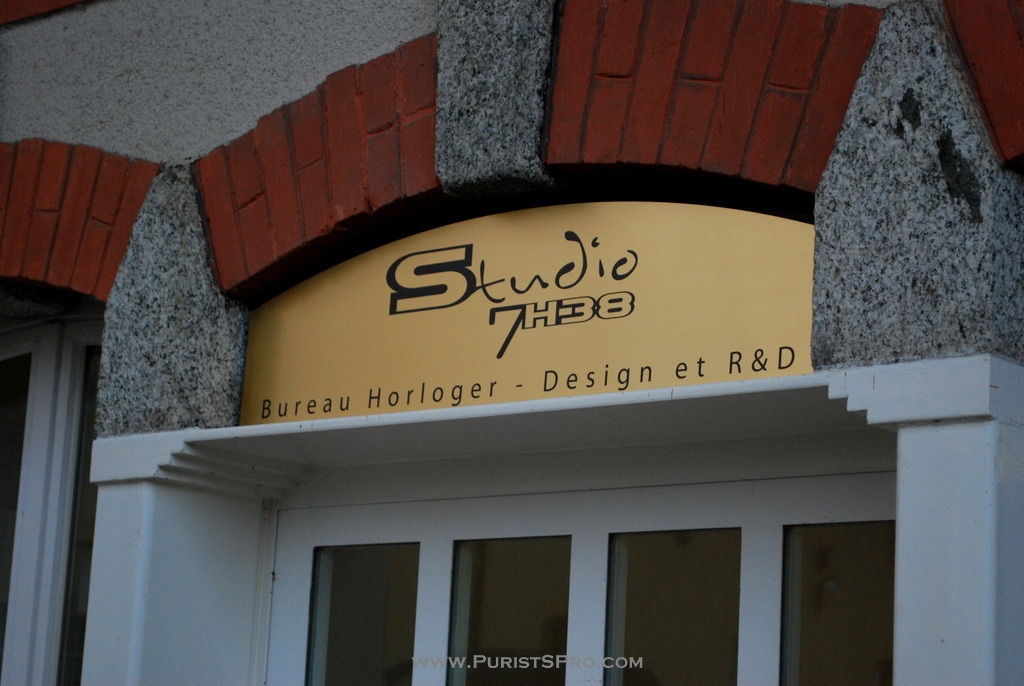 Studio7h38 is not interested in doing series production themselves, but offering their creativity and competence to producing watchmakers.  And if their clients need series production there are enough companies around that they can contract to do the work.   Of course this means that the watches will never go under their own name, they will remain in the dark and leave the glory to the brands.  But in our present economic times this may not be the worst decision. 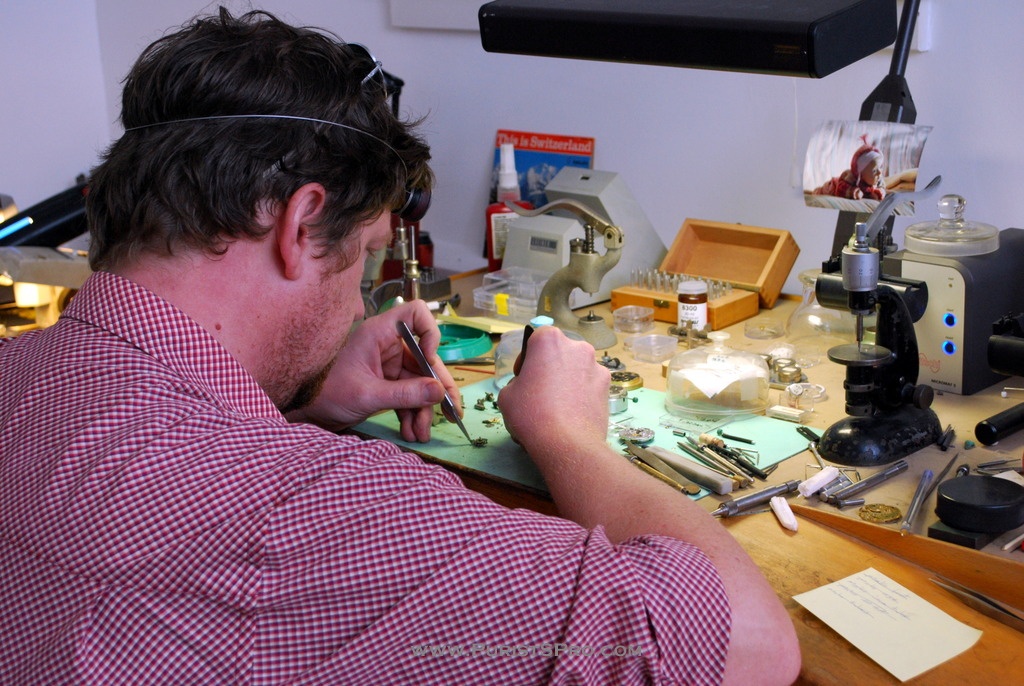 For us that means…
I have no idea what I saw and who they are working for.  But I can assure you, it will be worth waiting and seeing who finally presents their work.  As a reference two of their finished project developments are now in production and on the market:

The Vianney Halter Deep Space Tourbillon – Design finalisation work done by Studio7h38
(The original design along with the technical design and R&D was done entirely by Vianney Halter and his team in Ste.-Croix) 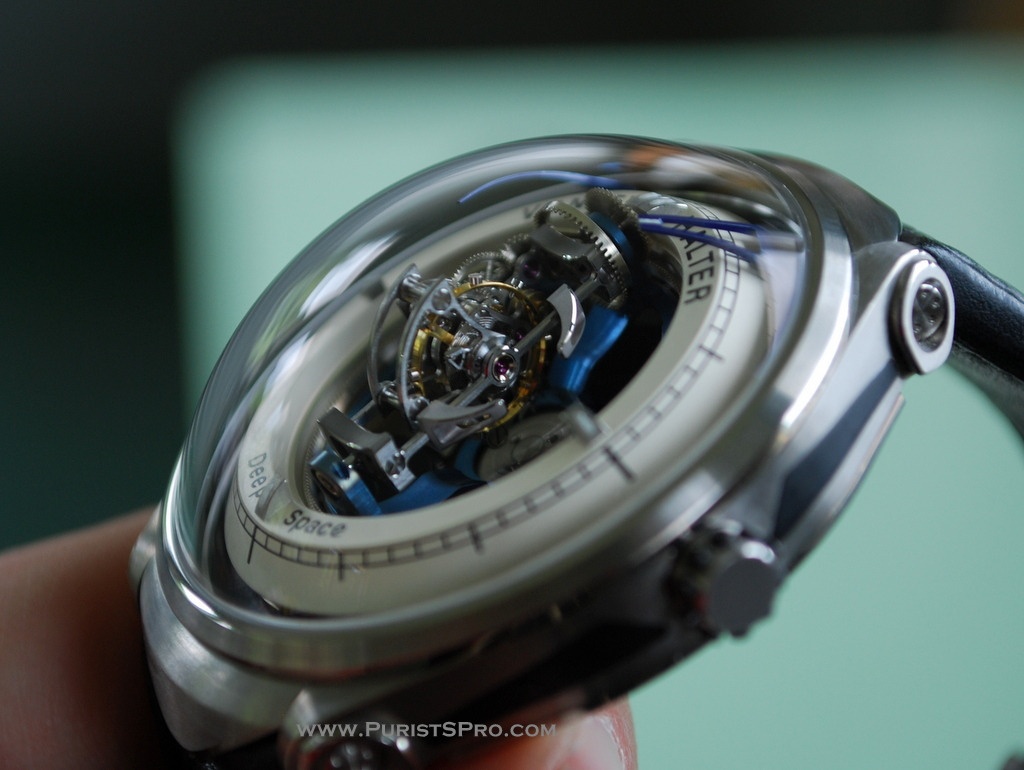 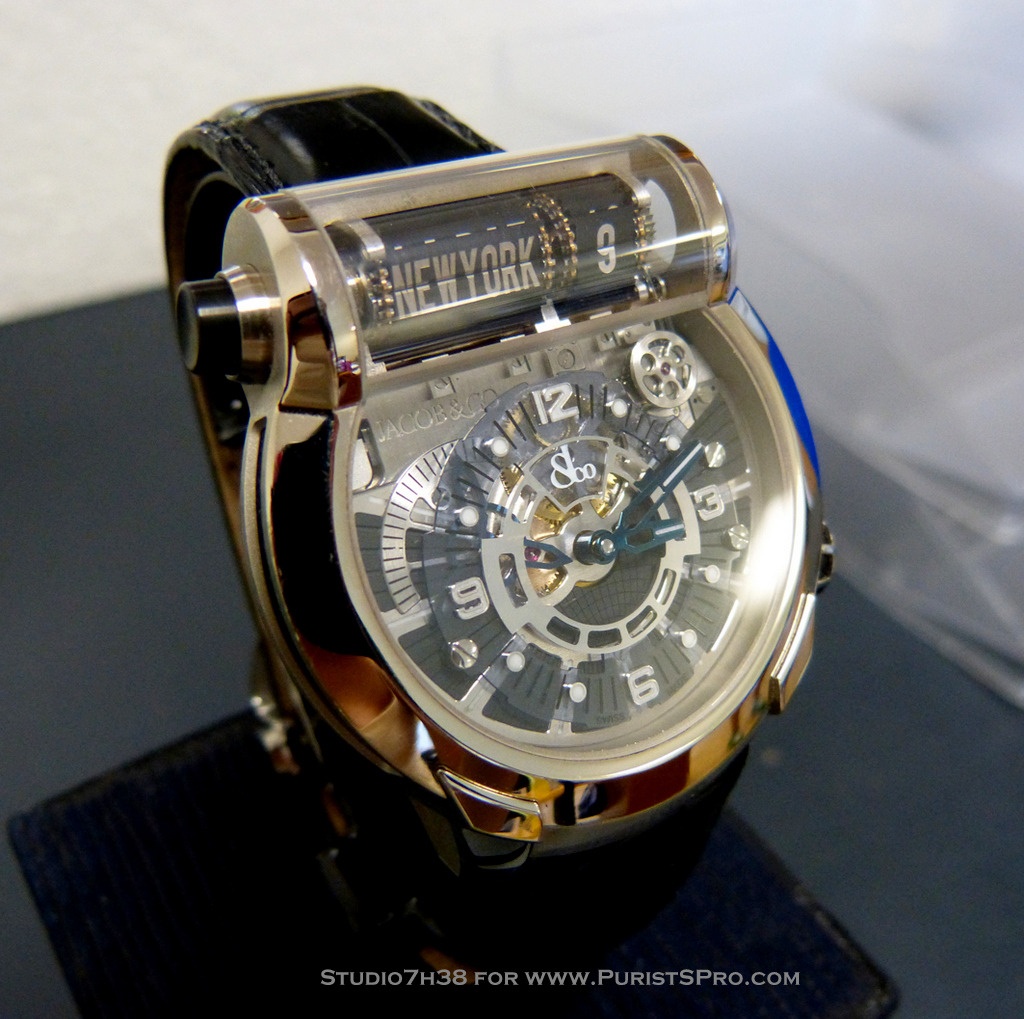 (As a side, I completely missed this watch as BaselWorld 2013.  Jacob & Co is not a brand I have on my radar as it has distinguished itself in the past, as far as I can tell, only by massive bling.  This watch is so different and neat.  If this is a sign for future developments at Jacob & Co we may have to pay more attention.)

A visit at the Studio7h38 shop is like a breath of fresh air after visiting so many antiseptically clean and sterile modern watchmaking shops.  This is where the ideas sprout.  The windows are open and the chips fly.  This is where new tools and machines are improvised to be able to do new things.  Let’s take a look over their shoulders.  Maybe we will see something that we will recognise again at the BaselWorld fair next spring.

Studio7h38 is located in one of the buildings of the castle in Vaumarcus with a view out across Lake Neuchâtel. 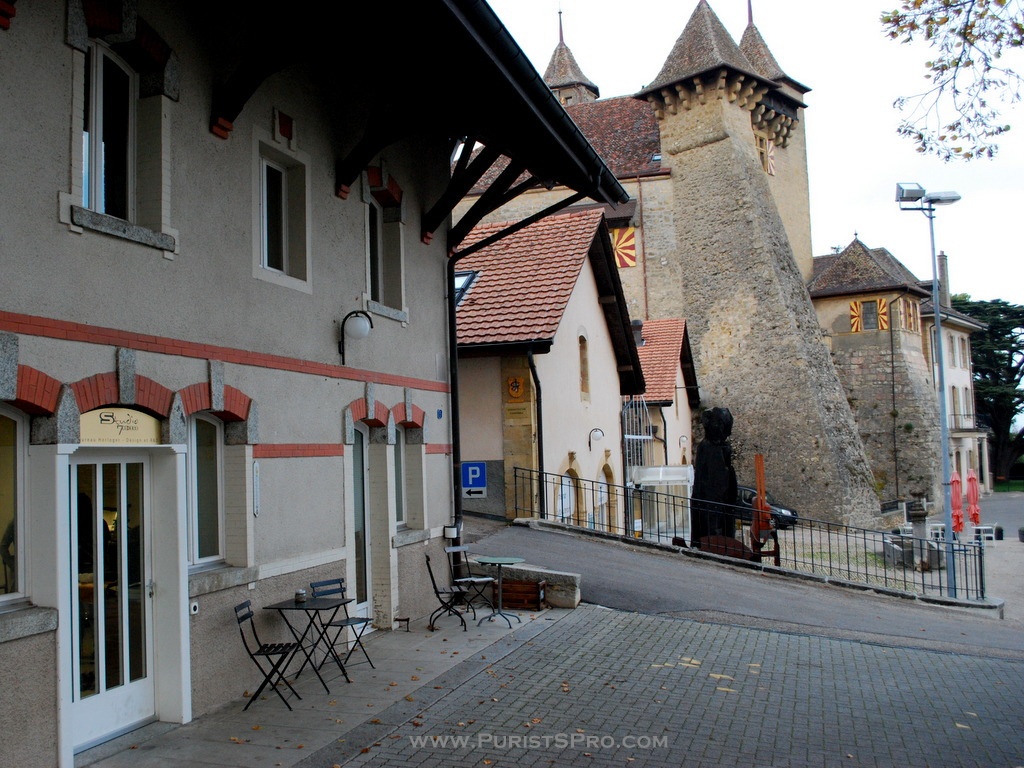 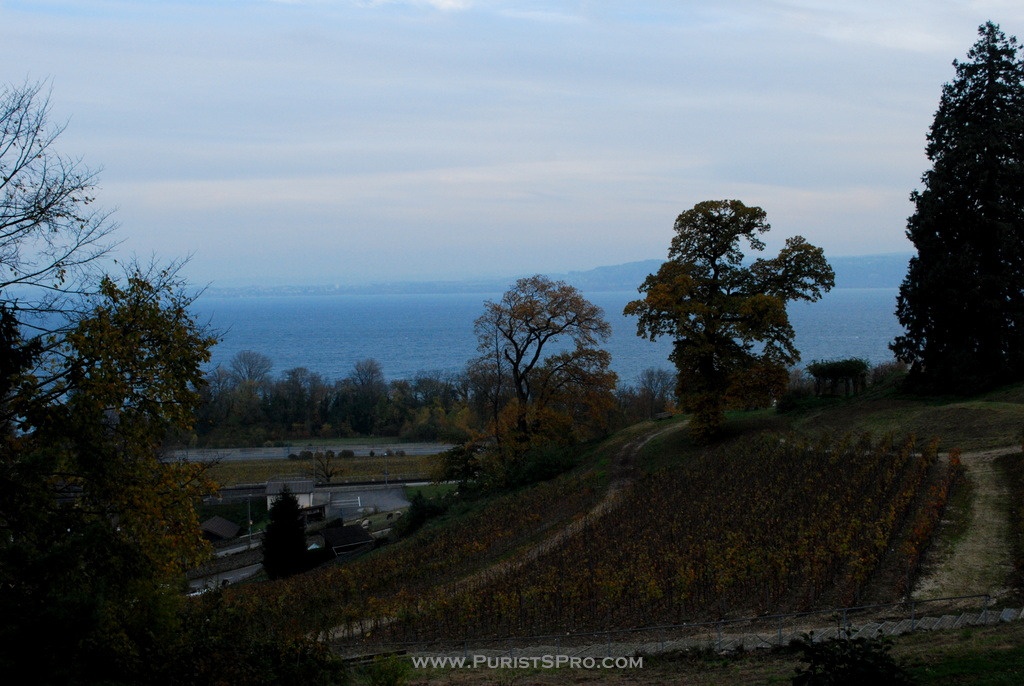 Inside we find an extensive machine park and work benches all with signs of activity. 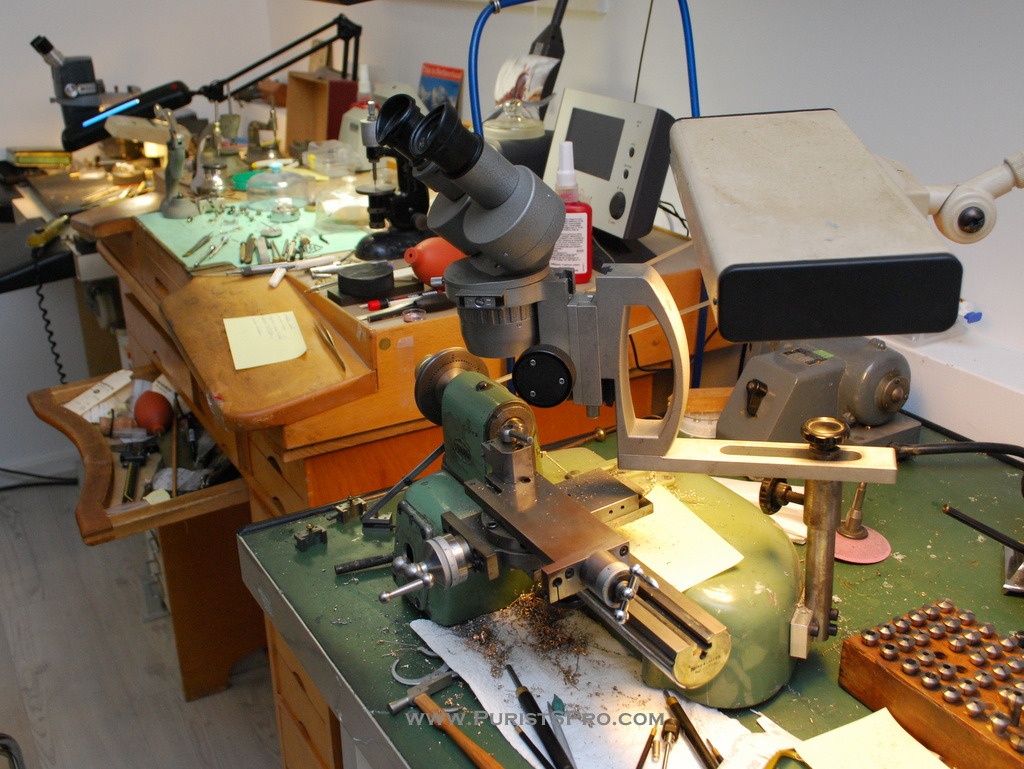 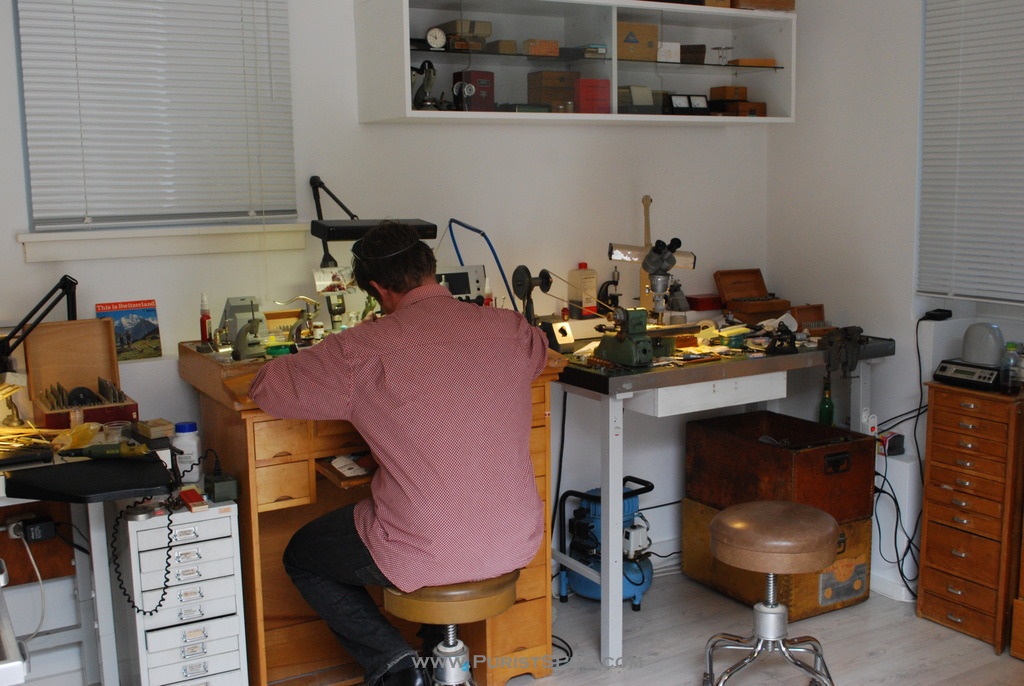 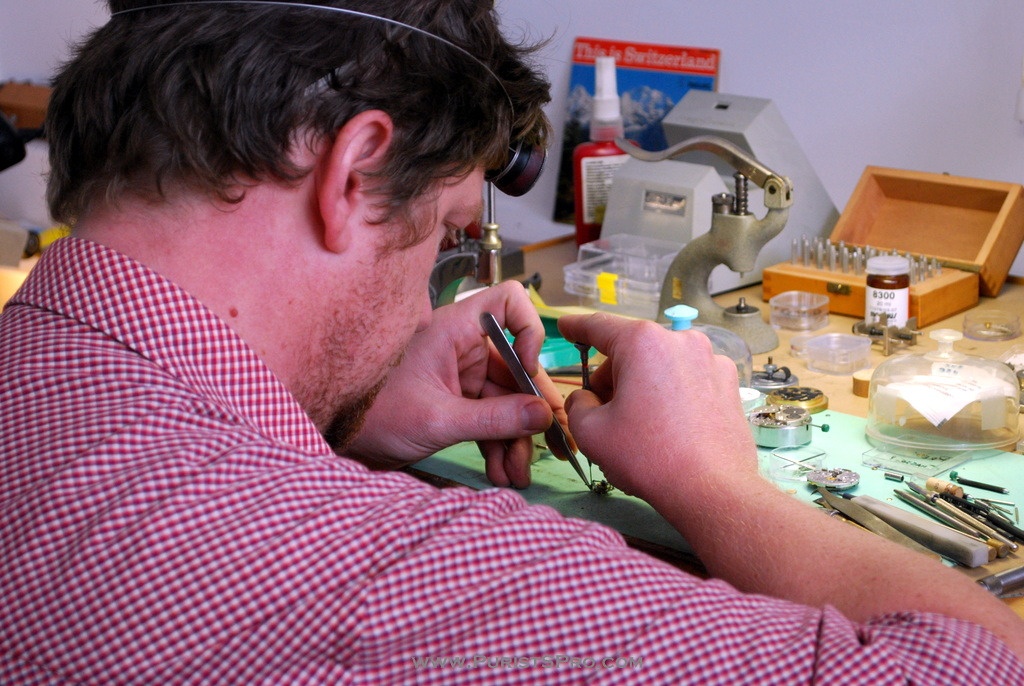 A machine for gear cutting, as we can see it has been used very recently. 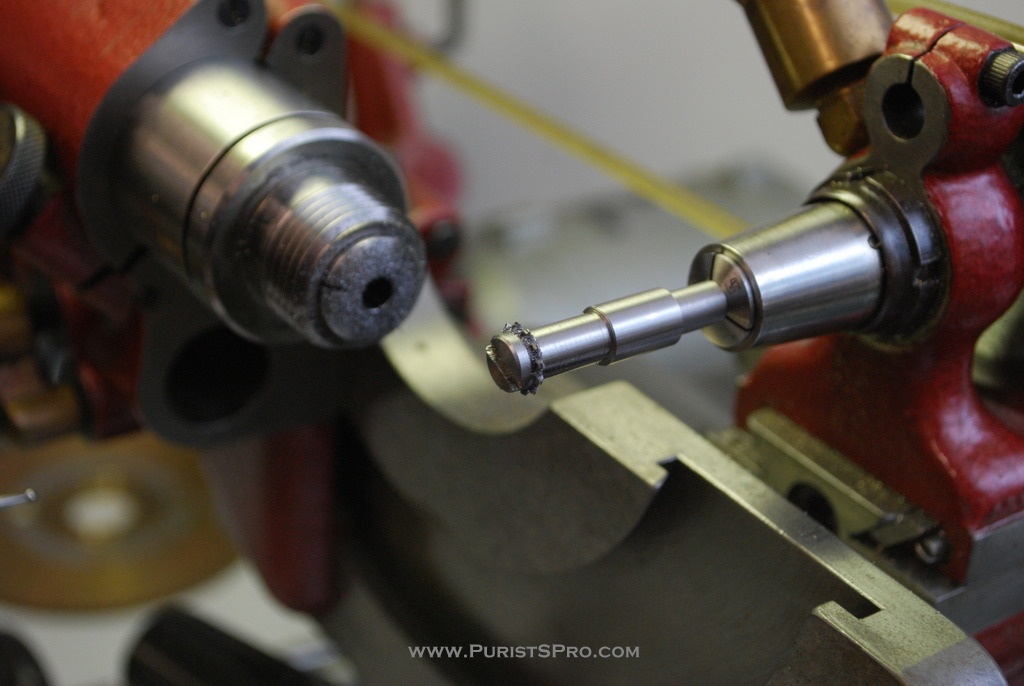 An optical comparator to be sure that the parts are conform to the drawings. 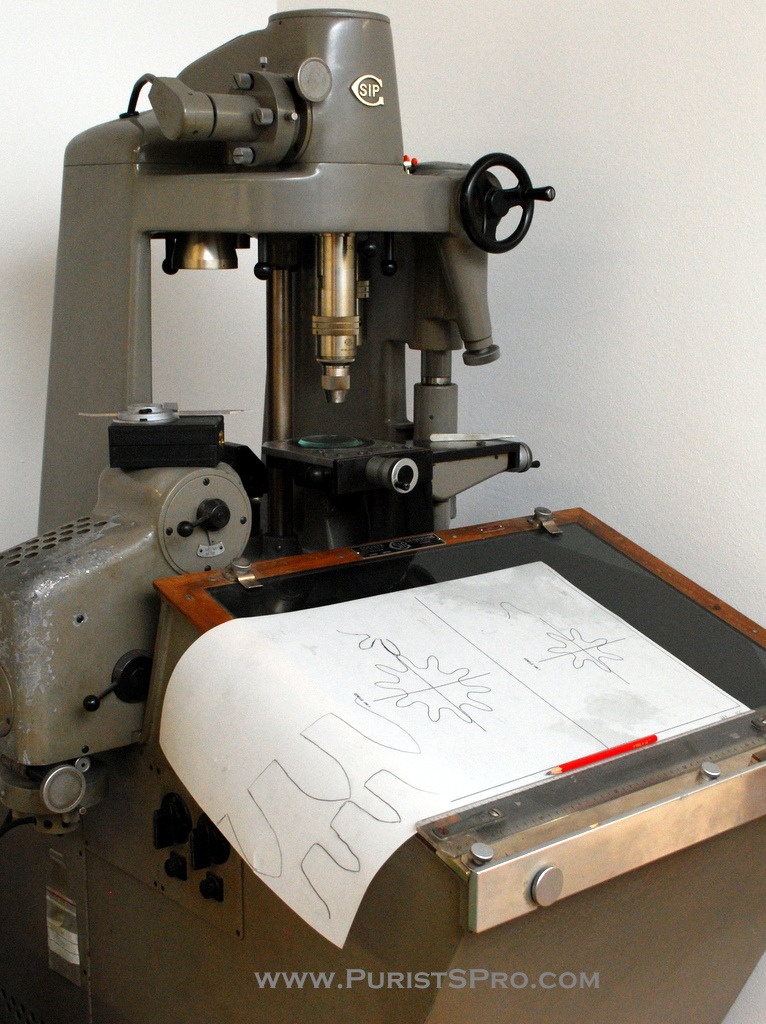 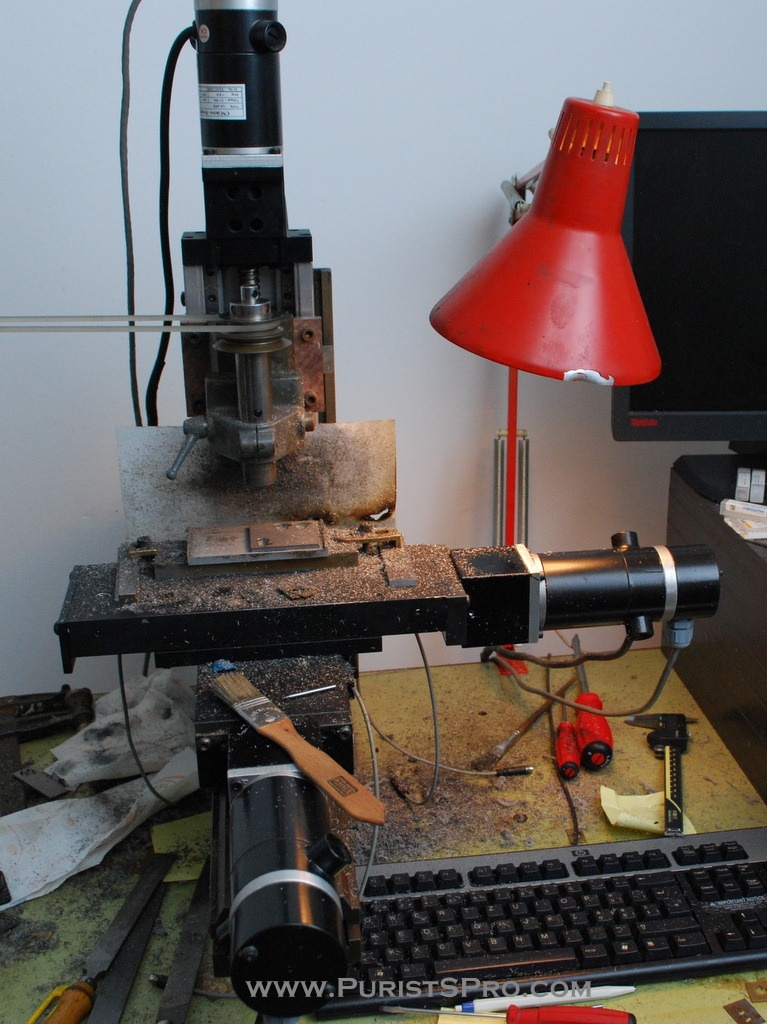 Sharpen up your tools please. 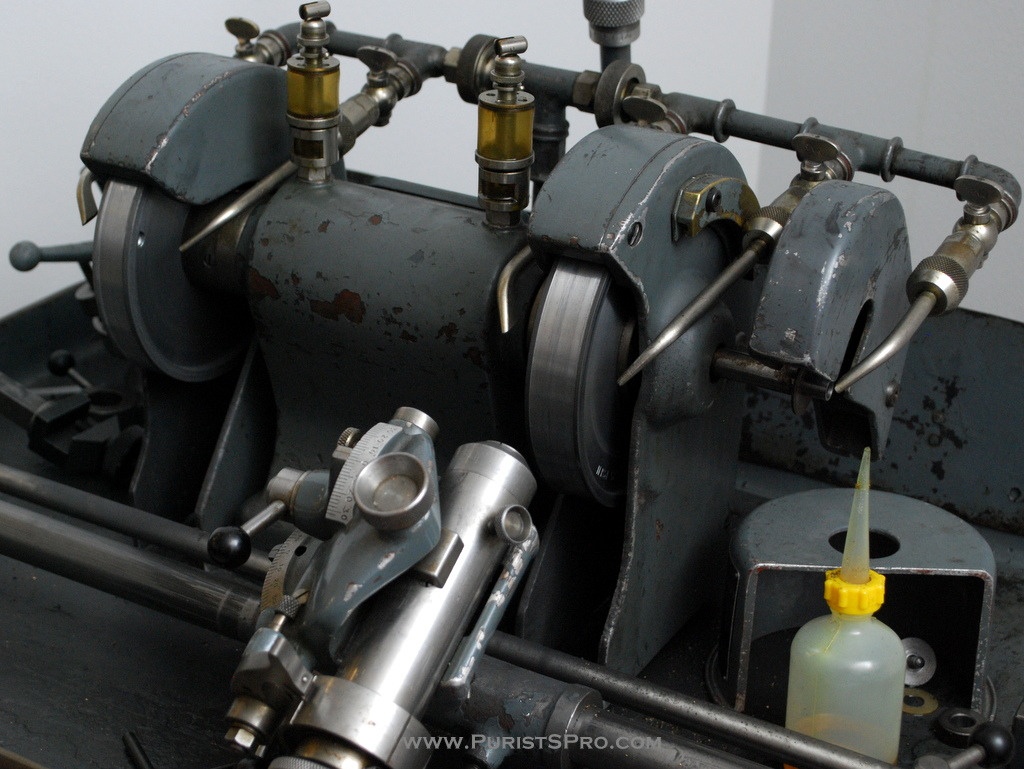 Another milling machine, this time without computer control. 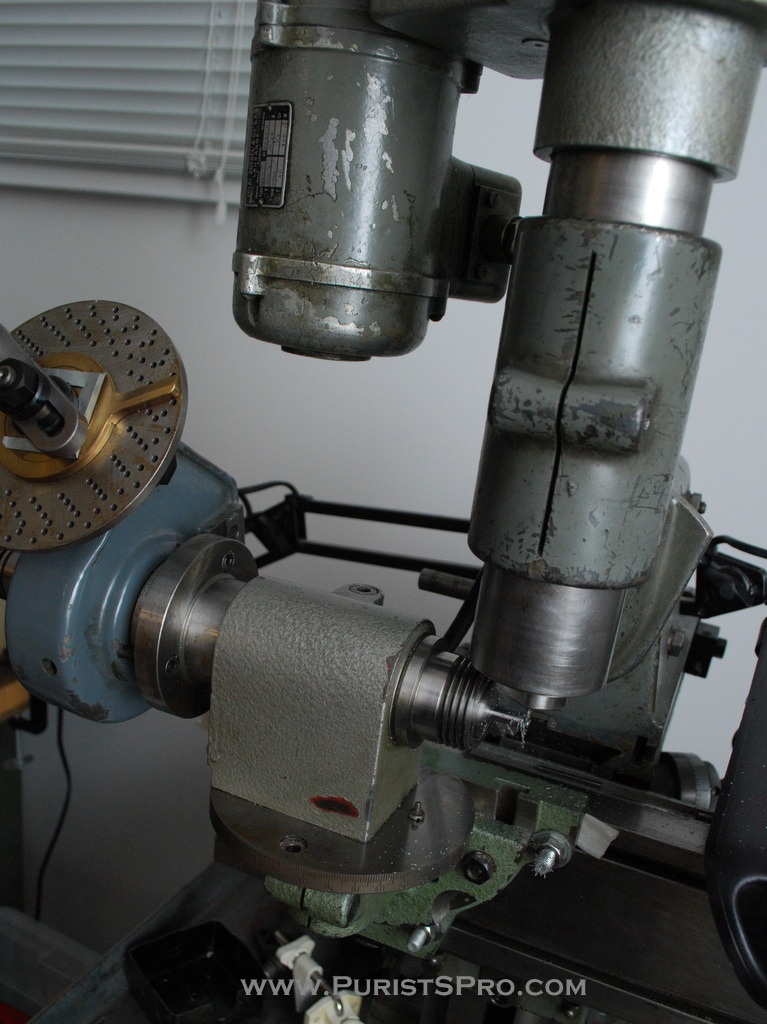 Lathes with special fittings for I don’t know what. 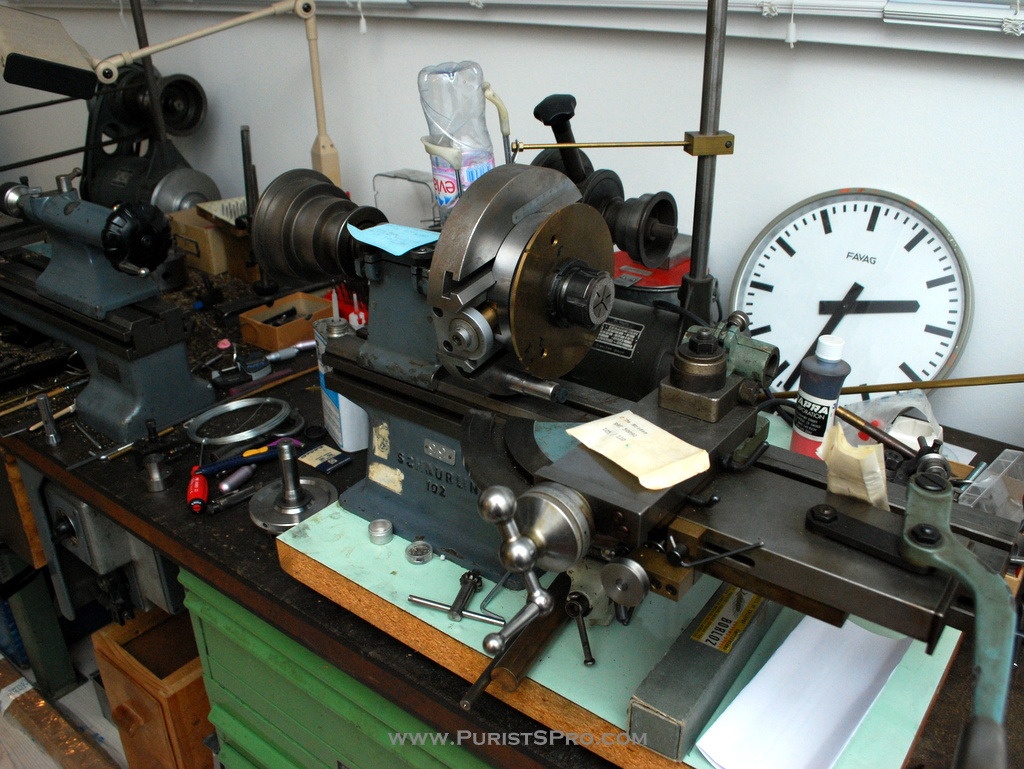 A small milling machine being used as a precision drill. 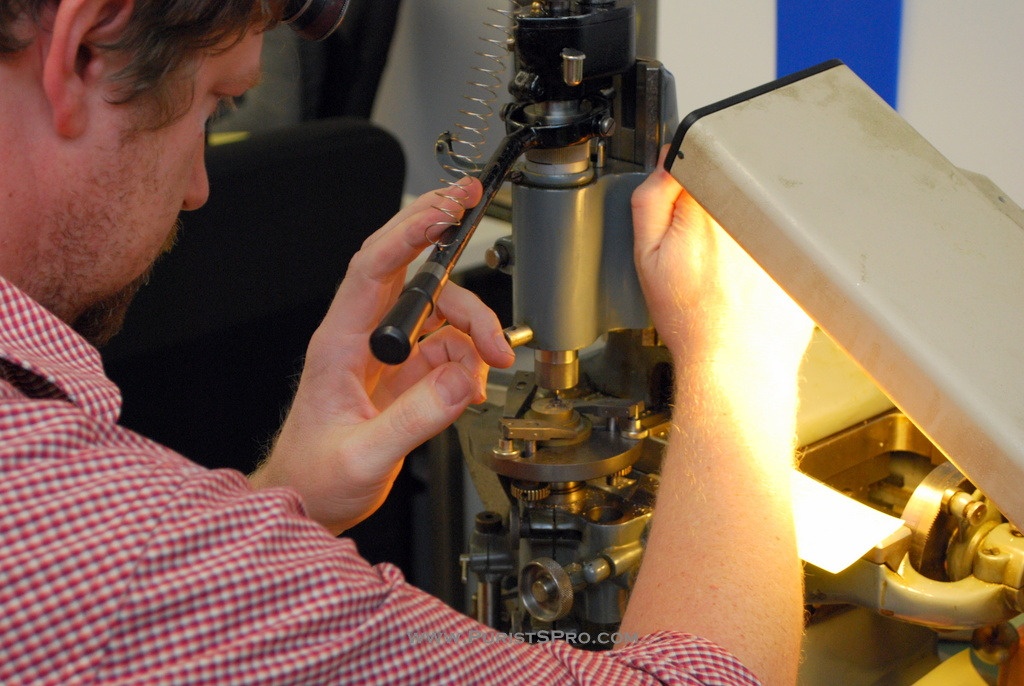 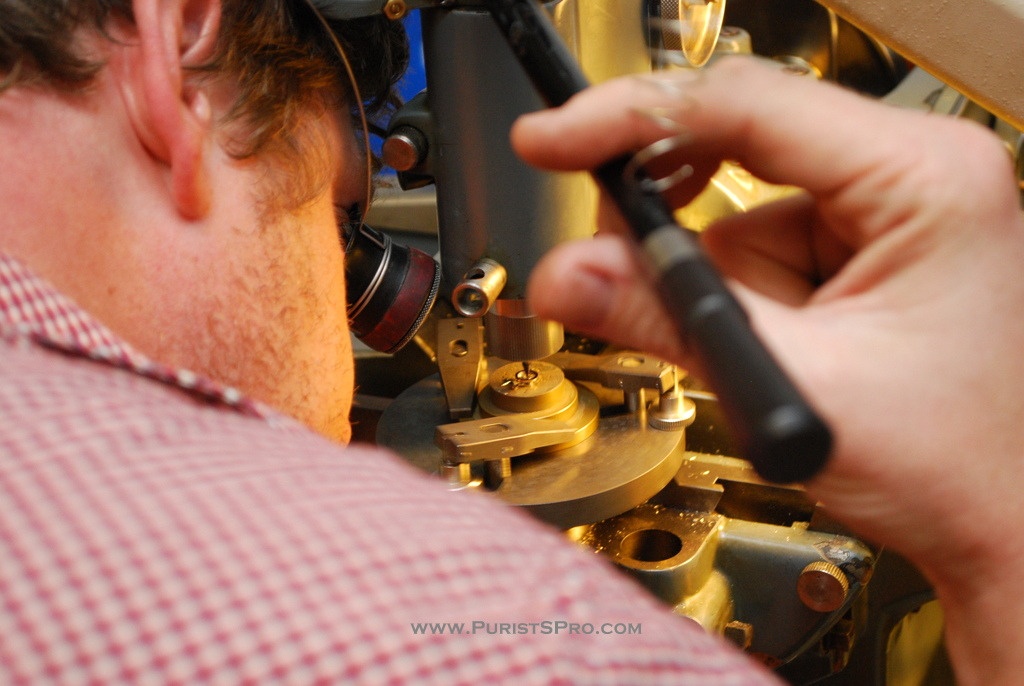 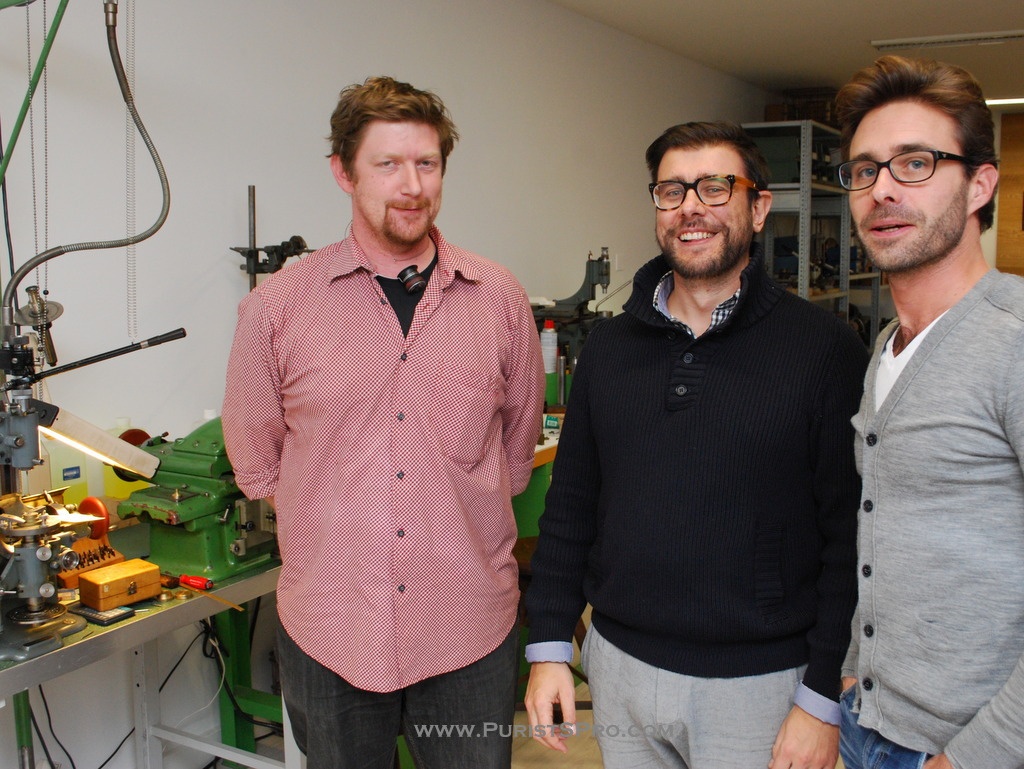 By: DonCorson : November 14th, 2013-10:38
Studio7h38, a Watchmaking Design and R&D Shop D. Corson, November 2013 The strict corset put on all companies run by the MBAs and their banks leaves no room for spontaneity or creativity. As in-house development costs at the big watchmaking brands sky...
login to reply

Wow Don, I love every bit of this report.

Terrific info! Would love to hear more about how they work with their clients! [nt]

By: tick tock doctor : November 14th, 2013-20:22
Did you have a chance to pick their collective brain on how to amplify the resonance effect of two oscillators. kind regards Anthony
login to reply

Let's say .. there were short periods of time...

By: DonCorson : November 14th, 2013-23:32
Let's say .. there were short periods of time when we talked about something other than resonance :) Don
login to reply

By: Gianko : November 15th, 2013-03:52
It's always nice and good to discover the studio like this ! They are always in the dark even if their project is well known like the deep space tourbillon ! I'm sure there is several other guys out there like them, who nobody knows but they are super sma...
login to reply