A brief interview with Marc Newson

There are many watch industry celebrities – marketing budgets make that easy – but few celebrities in the watch industry. Marc Newson is one. His fame as an industrial designer is global and his work highly sought after. Amongst the numerous items he has designed is the range of Ikepod watches (click here to read more about them), as well as the new Ikepod Hour Glass. 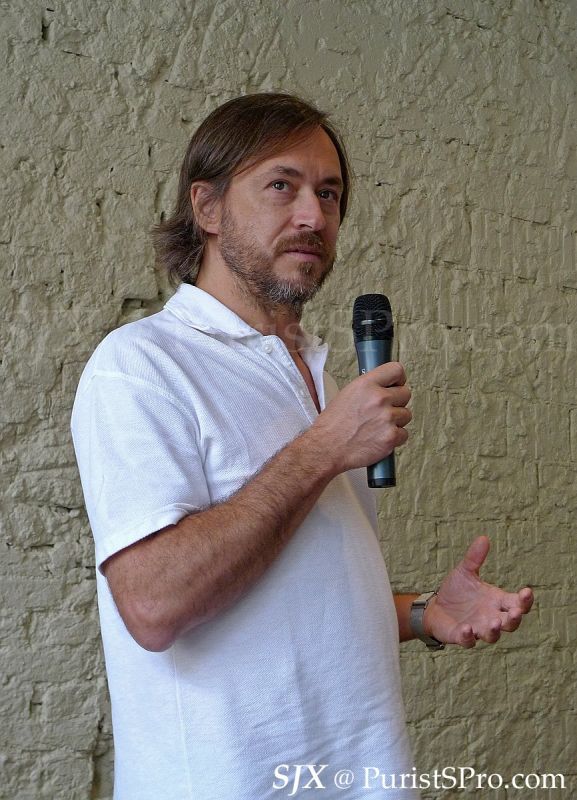 Describing himself as a “big fan of variety”, Newson’s portfolio is wide-ranging. Besides the famous Lockheed lounge he has designed the interior of the Qantas Airbus A380 and is currently working on a Riva boat, both of which also reflect his leanings towards technical and industrial design. What Newson would really love to design would be something for use in space. Though he has designed a sub-orbital module, Newson has yet to create something for outer space.

His latest creation for Ikepod is an hour glass – a single piece of glass containing millions of nanoballs. Created by a glass maker near Basel, the hour glass took over two years to develop. 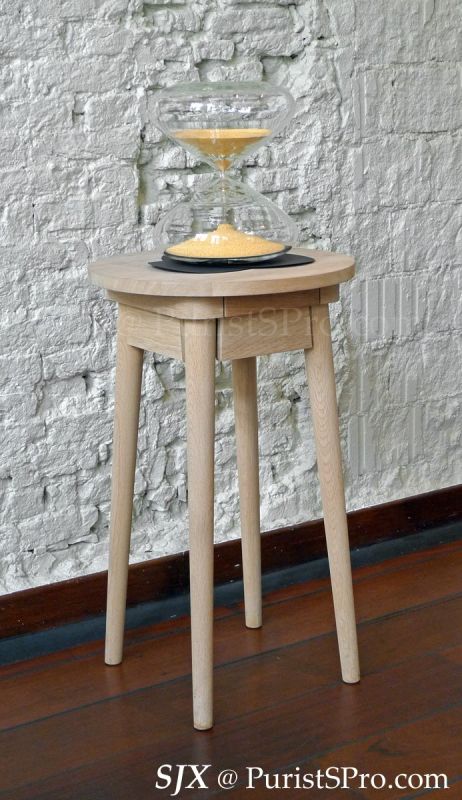 Unlike conventional glass which is blown, this is sculpted by hand; as I understand it the process involves the craftsman handling the molten glass with a pair of insulated gloves, starting with the neck and working outwards. Because the hour glass is tall and consequently heavy, fabricating it is tricky as the neck needs to be just right in order to support the structure. Using two or more pieces of glass would have been easier, but Newson dismisses that option as “cheap”. 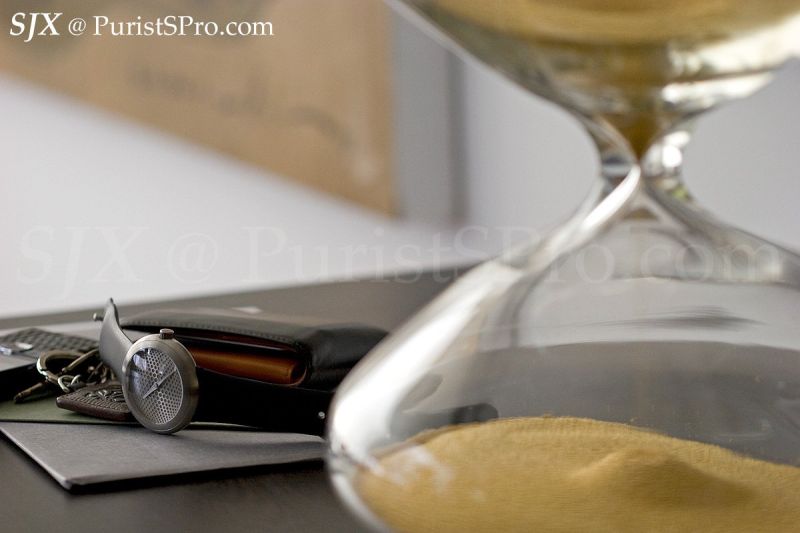 And instead of sand, which makes for an imprecise hour glass since the grains are of varying sizes, the Ikepod hour glass is filled with German-made carbon nanoballs, 21 million of them. Newson sees himself as a “technical designer”, rather than a pure visual artist, hence the nerdy aspects of the hour glass like the nanoballs and the insistence on a single piece of glass. 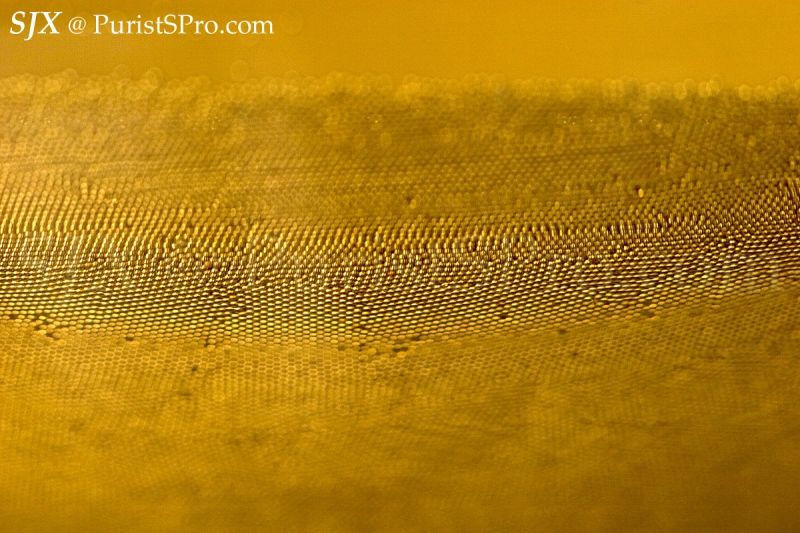 His love of materials was evident three years ago at a show in the Gagosian gallery where all the sculptures were crafted from single blocks of diverse materials, including marble and steel. One reason Newson decided to use marble was simply because “few people use marble nowadays”.

Newson criticises the watch industry for being “specialised and introverted”, with the same holding true for the boating and aviation industries as well. With Ikepod, he wants to do what other watchmakers are not doing, thus the hour glass. Large hour glasses of this size are all but extinct today, most of what is made now are small hour glasses of the souvenir trinket type.

According to Newson, the Ikepod wristwatch collection will acquire greater variety in time to come. Newson says Ikepod will create small complications of the sort the brand used to do, like a GMT function, but not at the moment. Newson instead wants to create watches no one else is doing, so no run-of-the-mill complications. 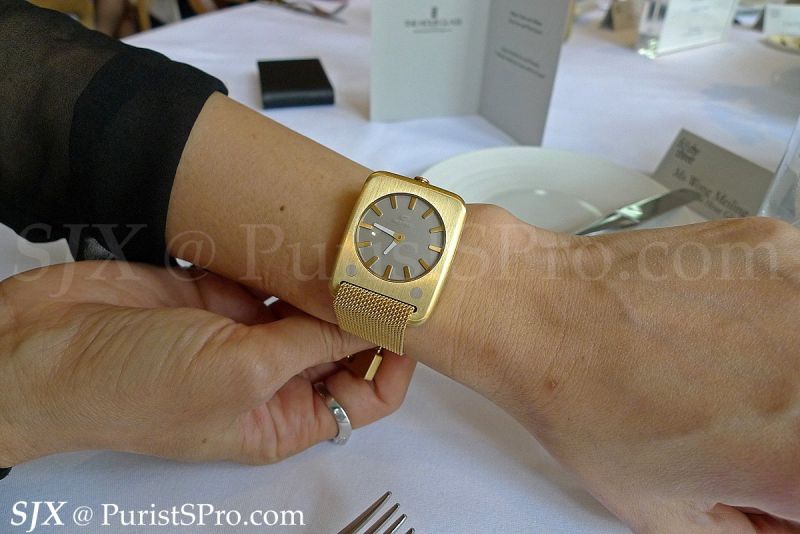 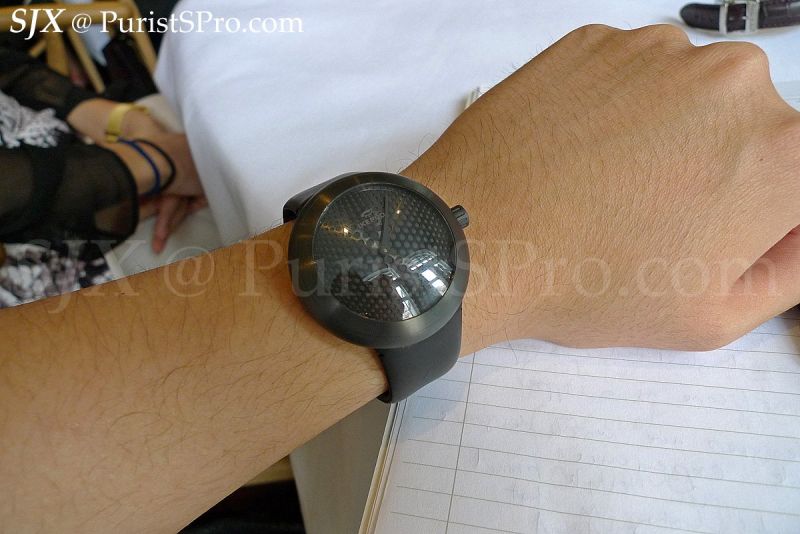 But even if Ikepod develops more complications, Newson believes it will remain a niche brand whose appeal is primarily aesthetic. Ikepod offers a “troika of design, craftsmanship and art” which he sees as a unique proposition in watchmaking. 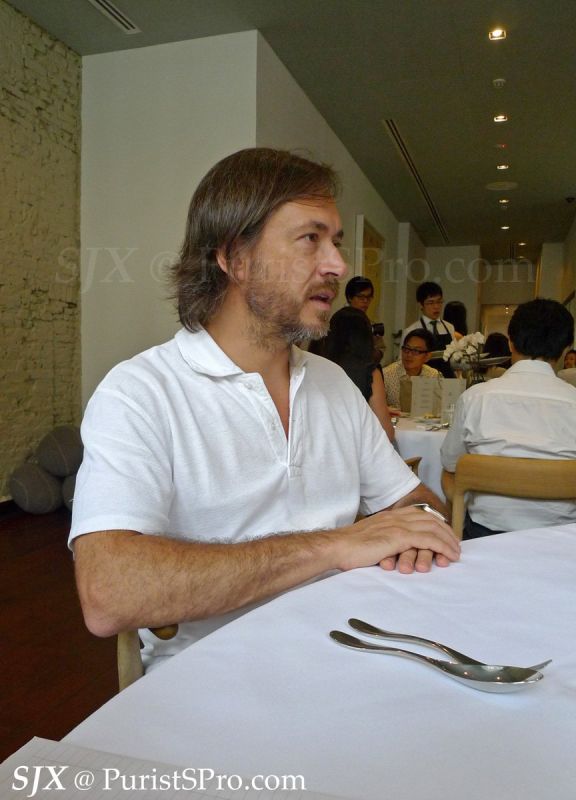 Newson’s perspective is certainly different, and lofty. Perhaps in the not too distant future one of his designs will be hovering high above the earth.

A brief interview with Marc Newson

By: SJX : August 7th, 2010-08:40
There are many watch industry celebrities – marketing budgets make that easy – but few celebrities in the watch industry. Marc Newson is one. His fame as an industrial designer is global and his work highly sought after. Amongst the numerous items he has ...
login to reply

Part I: A closer look at the hour glass

By: SJX : August 7th, 2010-08:58
The hour glass with gold-plated, as opposed to nickel-plated, nanoballs is a limited edition of 30 pieces for Singapore-based retailer The Hour Glass. Presented in a padded case and standing about 12 inches high, the hour glass is an impressive object. In...
login to reply

By: expwmbat : August 9th, 2010-07:12
The new Ikepod watches have entered a new stratosphere of pricing in comparison to the previous iterations. I can't imagine choosing one given the alternatives at the given price level (with complications and in-house movements, etc.). DJK
login to reply

By: SJX : August 7th, 2010-09:07
The Horizon: this is the latest vesion with a black PVD coating. Watches with this look are certainly passe, but this one truly cool and my pick of the Ikepod range. The Solaris: a reversible quartz watch on a mesh bracelet. It looks much better on the wr...
login to reply

Part III: A few photos of the lunch

By: SJX : August 7th, 2010-09:13
Select members of the press lunched with Marc Newson when he was in Singapore to unveil the hour glass together with retailer The Hour Glass. The venue was FiftyThree, a new restaurant along Armenian Street, an old area of Singapore that has recently been...
login to reply

By: VMM : August 7th, 2010-10:53
I've enjoyed your posts. I consider myself a fan of Marc Newson's work, some of his creations are just awesome. From hairdryers, for Vidal Sassoon, to sneakers for Nike with a very cool name (Zvezdochka), by the way. Glad to see he's still on the road and...
login to reply

By: ChristianDK : August 7th, 2010-15:26
That was a truely enjoyable read and great pics. I'm mad about the hour glass, the texture of the nano balls look amazing in the pics. Marc Newson is really a Design capacity allways able to turn out surprising ideas and not "just" coolest style. The food...
login to reply

Thanks for sharing JX...

By: Rob : August 7th, 2010-19:59
More and more I find myself being more and more attracted to his creations. Learning learning. Thanks again for sharing. Nice pics as always...
login to reply

By: foowy : August 7th, 2010-23:03
Thanks for the great post SJX. Marc Newson is one of my favorite designers. My favorite of his designs is for Ford, the 021C concept car. Pictures borrowed from www.Yatzer.com...
login to reply

Some photos of the Riva by Marc Newson

By: Douglas : August 8th, 2010-07:13
Thank you; seems a very nice presentation (and food is nearly as delightful as the design of the watches). I like Newson's hour glass. Best, Douglas
login to reply

By: ArthurSG : August 7th, 2010-20:27
The ikepod watches actually look quite nice. Thanks again for the great coverage you Purist Twin!
login to reply

Seiko and this report

Excellent post! FYI...Marc will have a show in NYC soon.

Having met Marc Newson myself, I concur. A very relaxed

By: 219 : August 10th, 2010-03:38
yet thoughtful and innovative designer. Love the Hour Glass as a piece of sculpture and a time keeper. Thanks SJX. Andrew H
login to reply