Stepan showed 2 new models this year a divers watch and a "one hand" watch.

This divers watch in titanium has the unique featue that the inner besel is turned using the nrmal crown in the intermediate position. 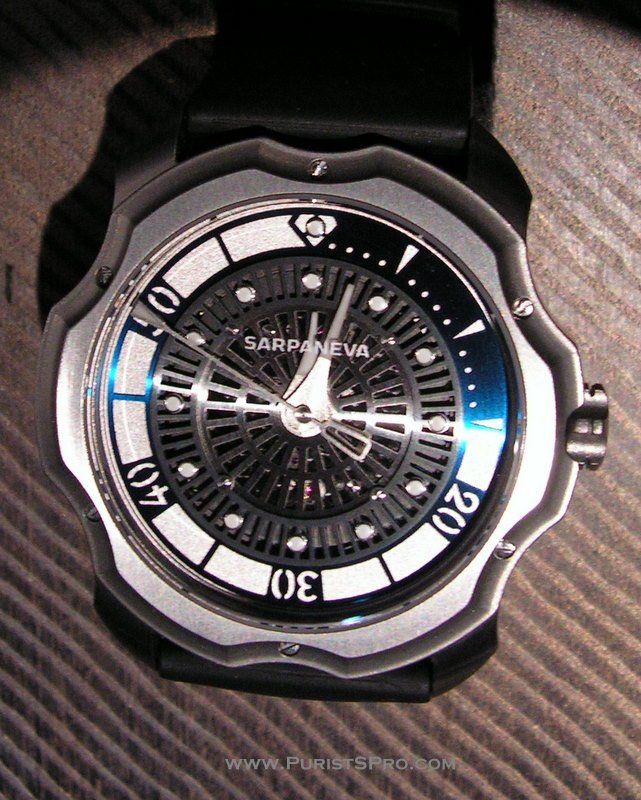 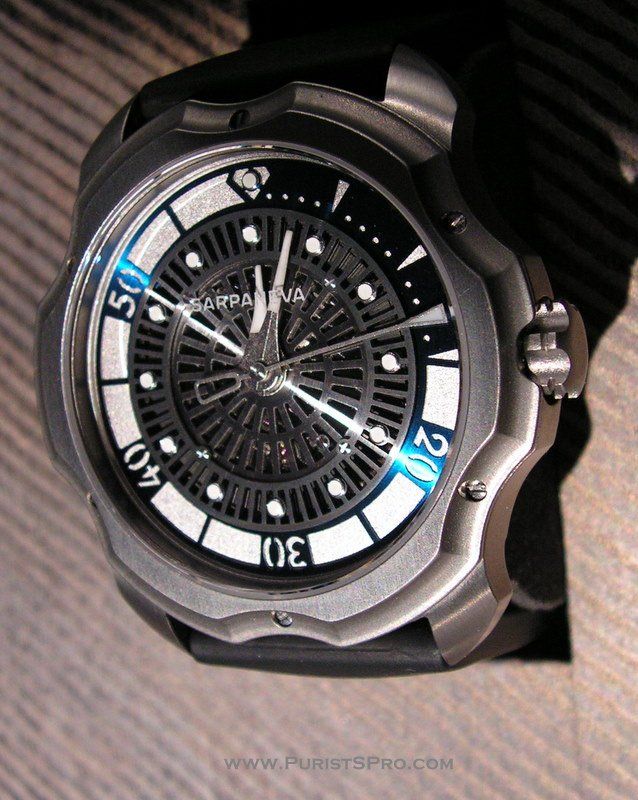 In these pictures it is impossible to read the time on the following watches, in reality it was, however.
The time is shown on a ring which shows through the window at the bottom.  There are symbols every 15 minutes along with the hours.   If you are into the Sarpaneve moon face, this is your watch. 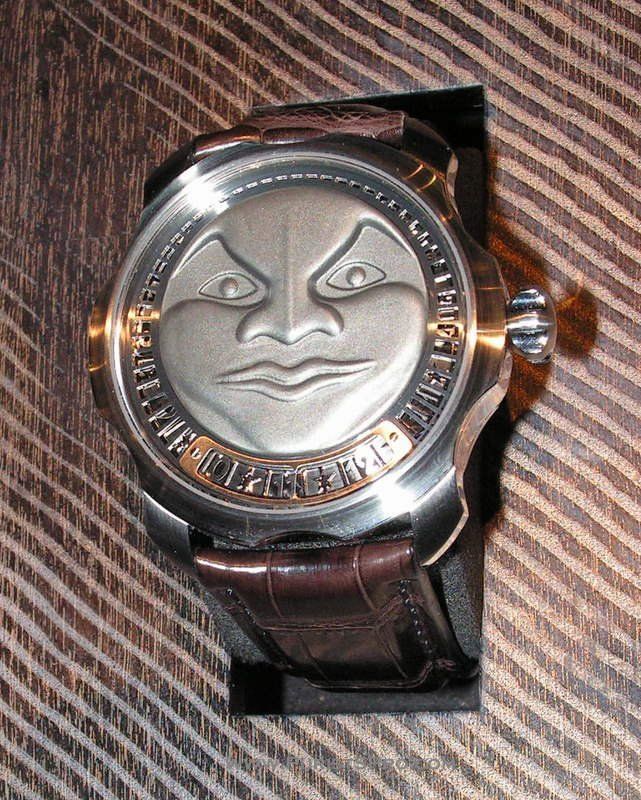 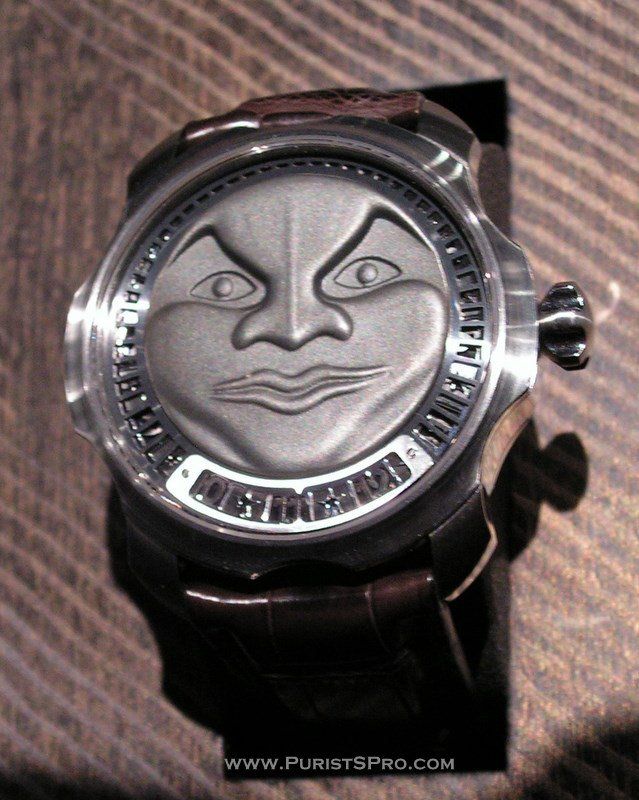 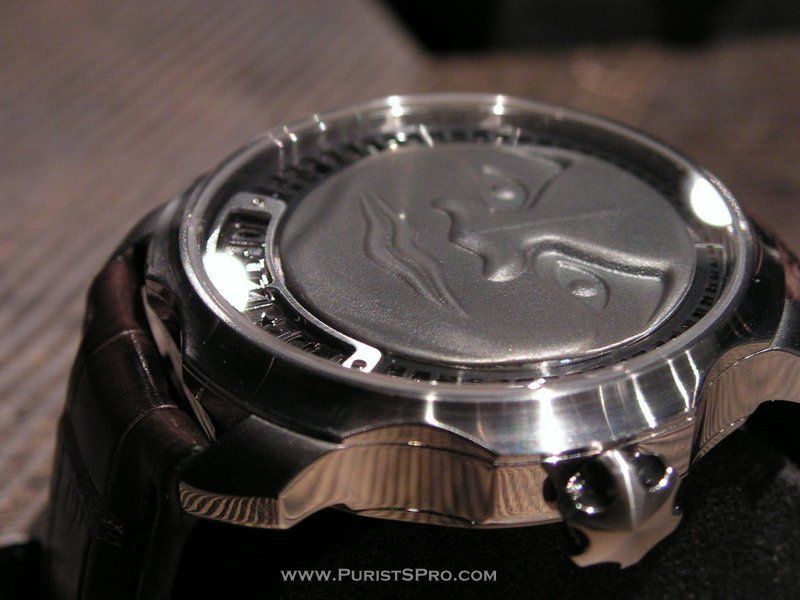 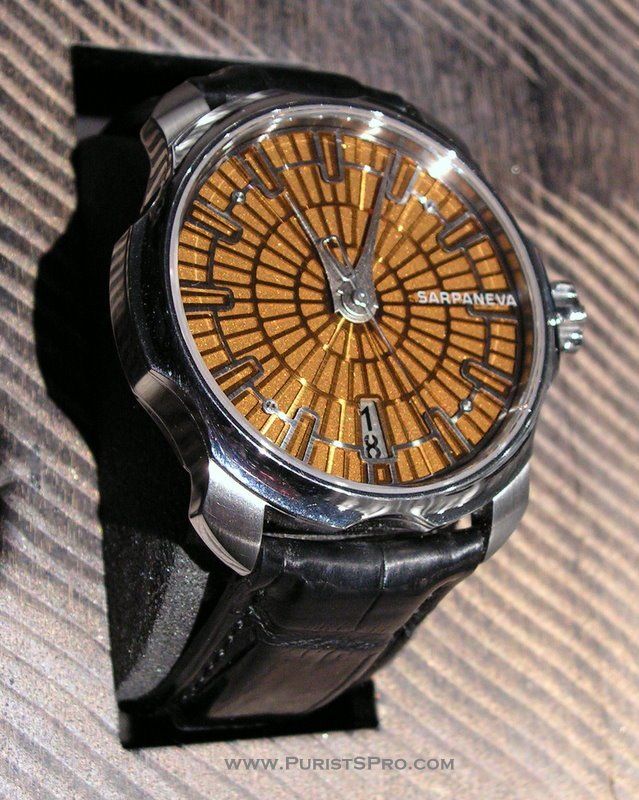 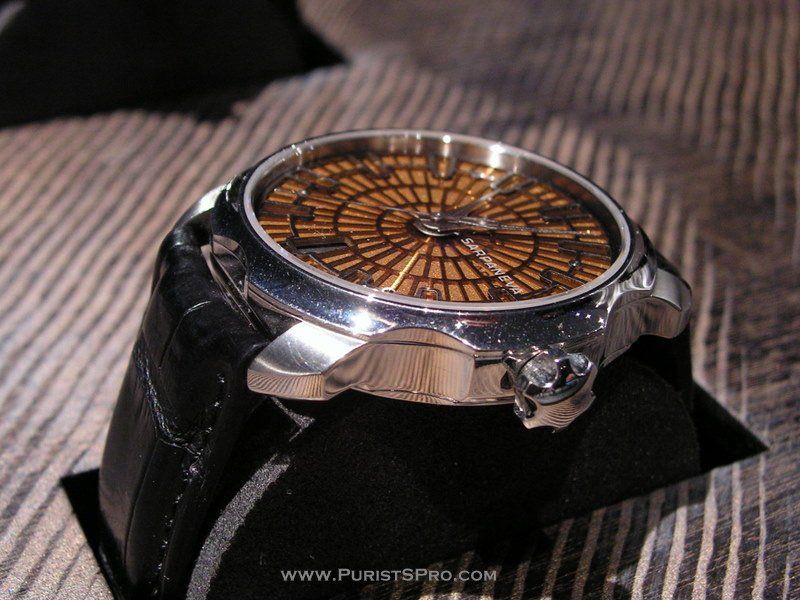 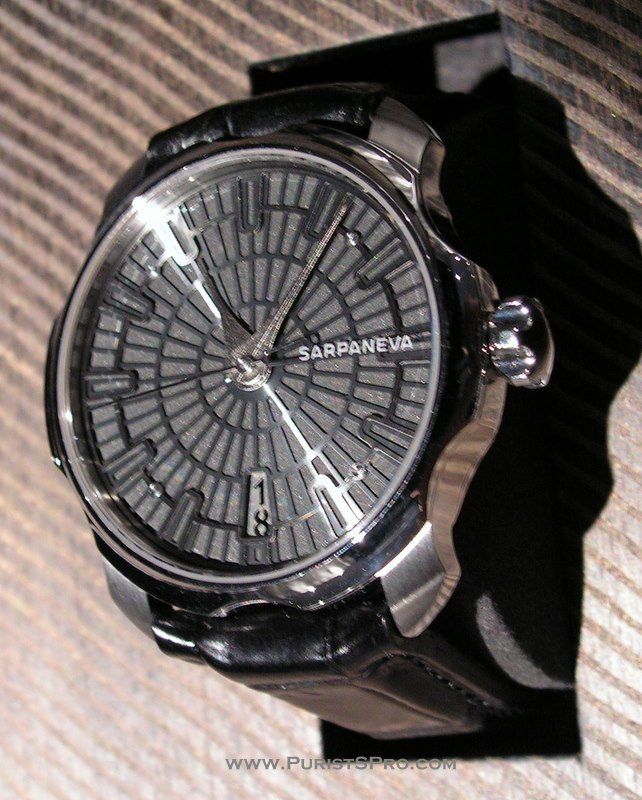 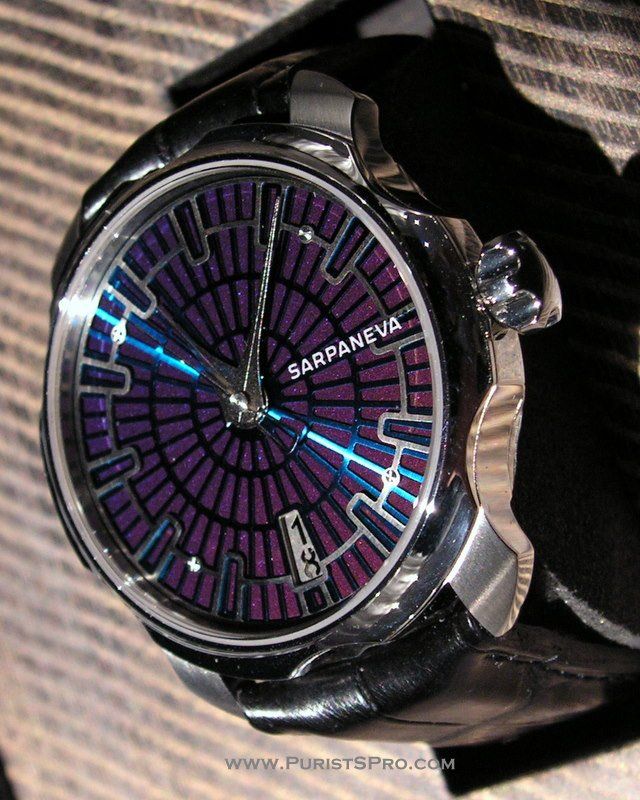 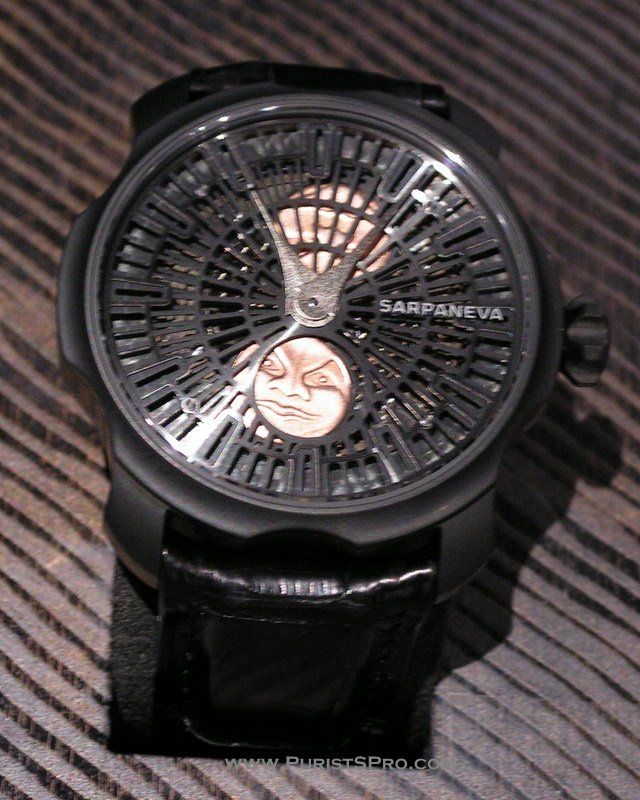 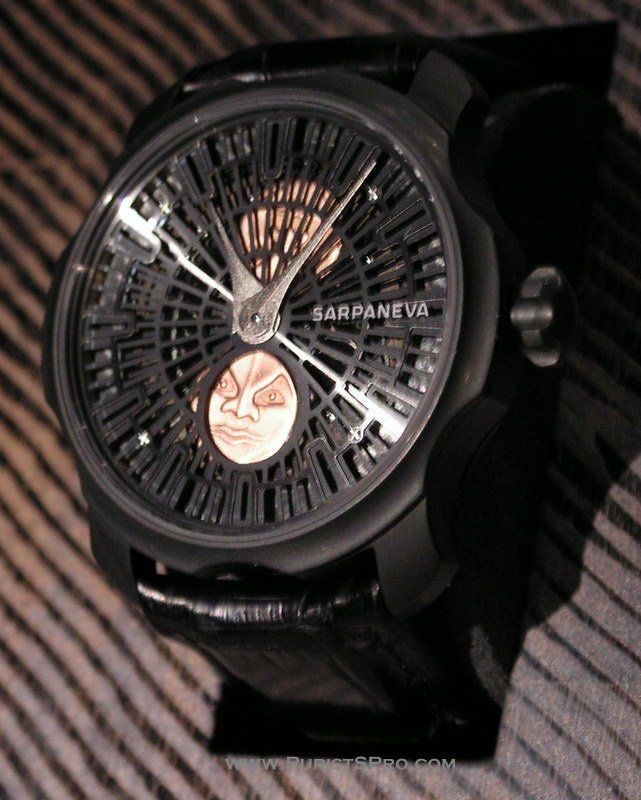 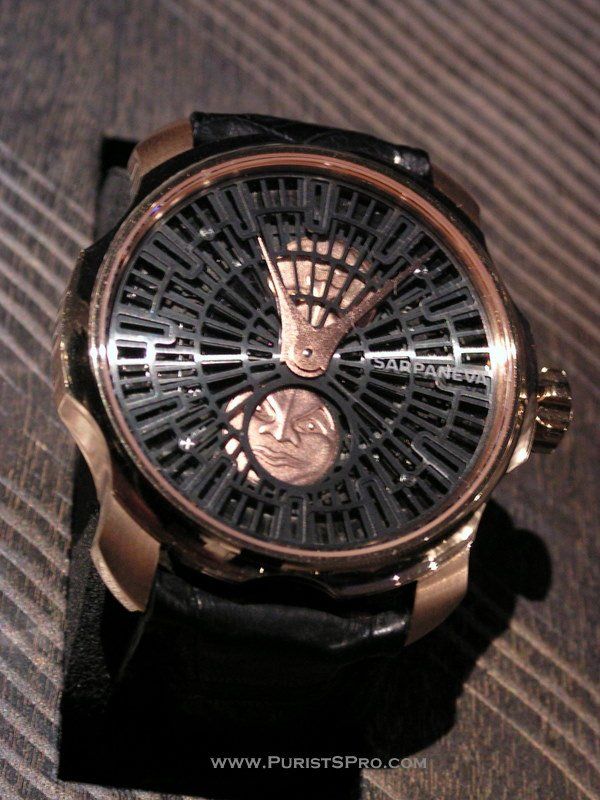 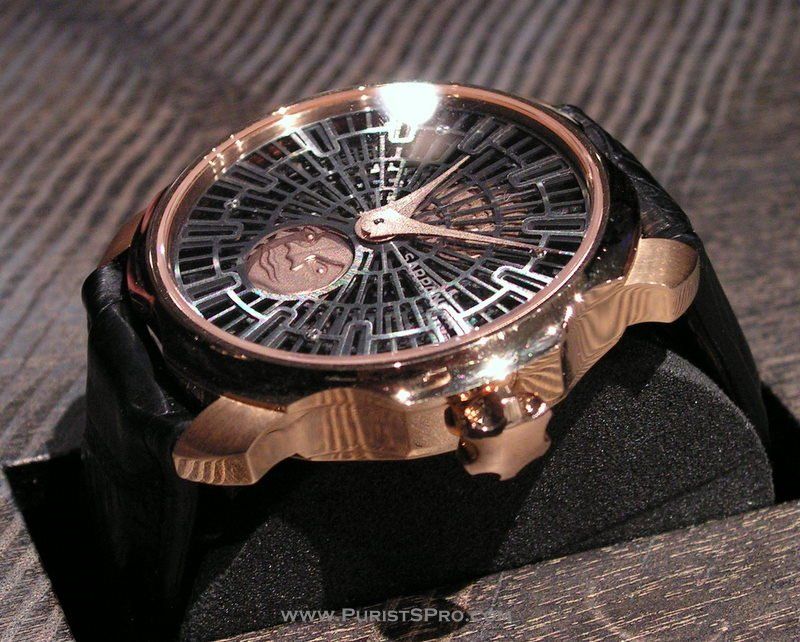 Two new models from S.U.F. Helsinki.
As you can see these models are starting to take on some of the design elements of the Sarpaneva watches. 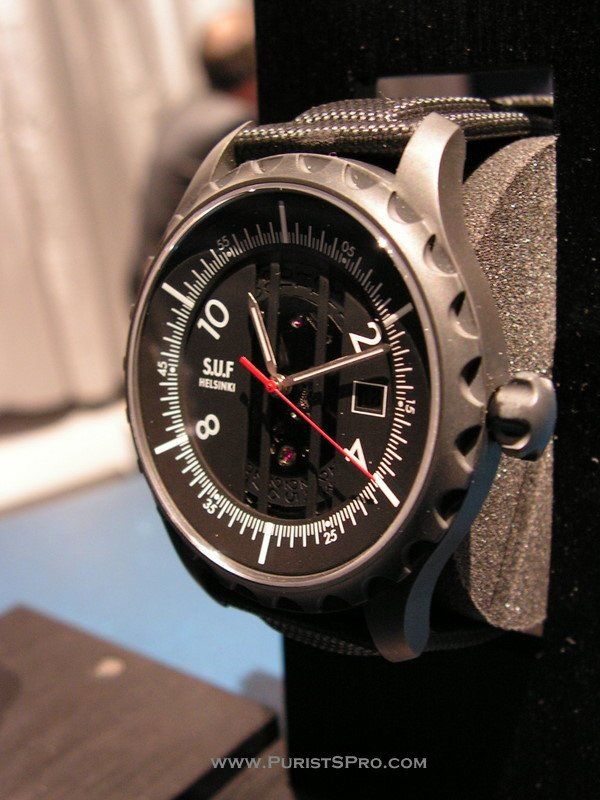 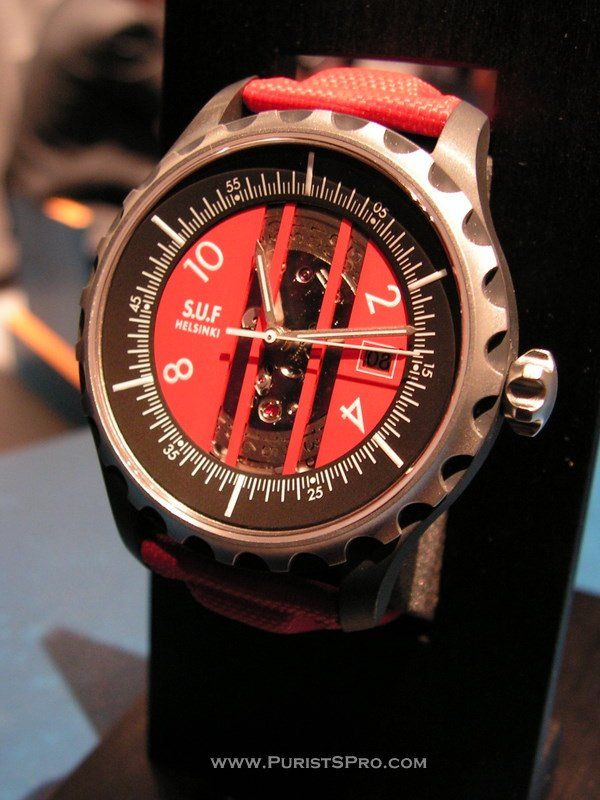 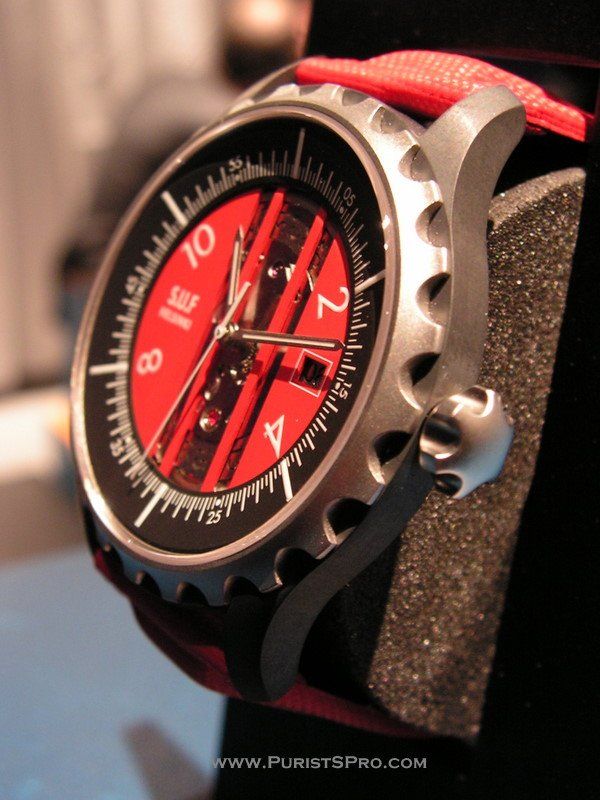 Sarpaneva has 'found himself' over the last year as an artist watchmaker rather than a manufacturer.

By: DonCorson : March 23rd, 2010-13:26
Baselworld 2010: Stepan Sarpaneva By Don Corson Stepan showed 2 new models this year a divers watch and a "one hand" watch. This divers watch in titanium has the unique featue that the inner besel is turned using the nrmal crown in the intermediate positi...
login to reply

By: aldossari_faisal : March 23rd, 2010-13:44
amazing pieces as always created by stepan, but was wondering if we can have a detailed report on the full moon face watch sometime at later point. as for the S.U.F as i said before and ill say it again, they are screaming a daily wearer. Faisal
login to reply

By: scottslot : March 23rd, 2010-14:58
The SUF Flying Finn is an AWESOME watch. I have the exact all black watch that Stepan brought to Basel. GREAT watch.
login to reply

Thank you for posting. Any chance there is more information on the diver?

By: mac : March 23rd, 2010-16:04
I check Stepan's webpage, but didn't see the diver mentioned. Any chance you can provide more details?
login to reply

By: sixties : March 25th, 2010-07:12
I had the pleasure to meet Stephan Sarpaneva at Basel. The diver is still a proto and will probably be released at the end of the year. It has a diameter of 46mm but wears smaller due to the special case design. In fact, it does not look oversized on the ...
login to reply

Just to add some details

By: Tim Jackson : March 25th, 2010-19:24
I had the fortune to see this also in Basel. The case is Ti, follows the new Korona case style and the uni-directional inside dive bezel is operated by the winding crown, in the first position out after the winding position. Rather a neat function, no ext...
login to reply

By: Jacky : April 1st, 2010-07:03
Thanks for sharing Don. Good to see Sarpaneva coming out with more interesting watches. Cheers. Regards
login to reply