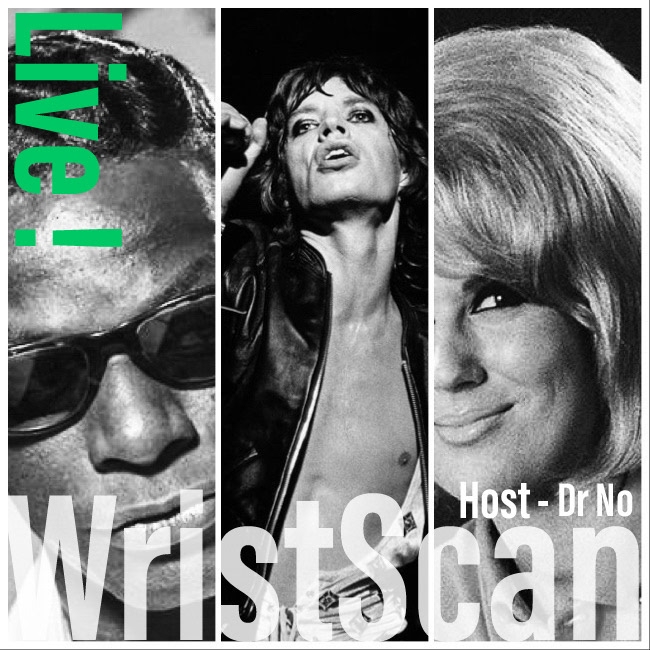 . . . and ready for Take 1!
Young Dr No had three passions.  The last to develop was for the game of pool when I was about nine.  Before that was my fascination with wrist watches.  I remember staring at a relative's triple-calendar for minutes on end.
The first, though, was for music.

One of my earliest memories is playing Scotch and Soda . . . 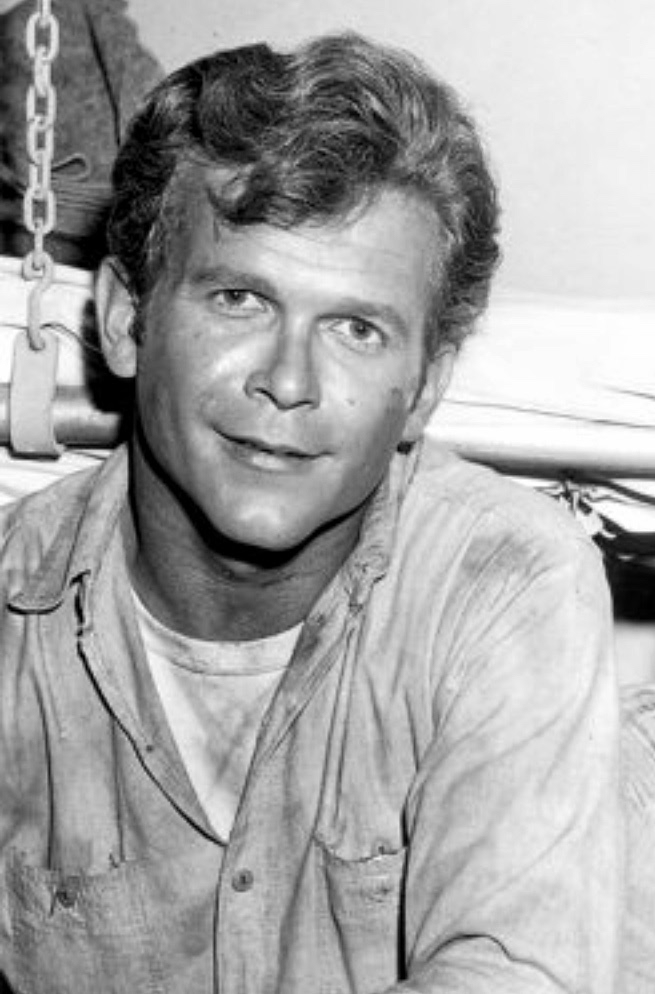 . . . voice that held me enthralled even though I had no clue as to the meaning of the song.  (This was about the same time Puff the Magic Dragon was every kid's favorite.)
Many years later, I was fortunate to catch Shane at a country venue in LA with the third Kingston Trio ensemble (original members Dave Guard and Nick Reynolds had departed long before.)  I'm grateful to The Muses for allowing me the opportunity to listen to him perform live.

Other singers that float my boat?  Let's start with Marty Robbins. 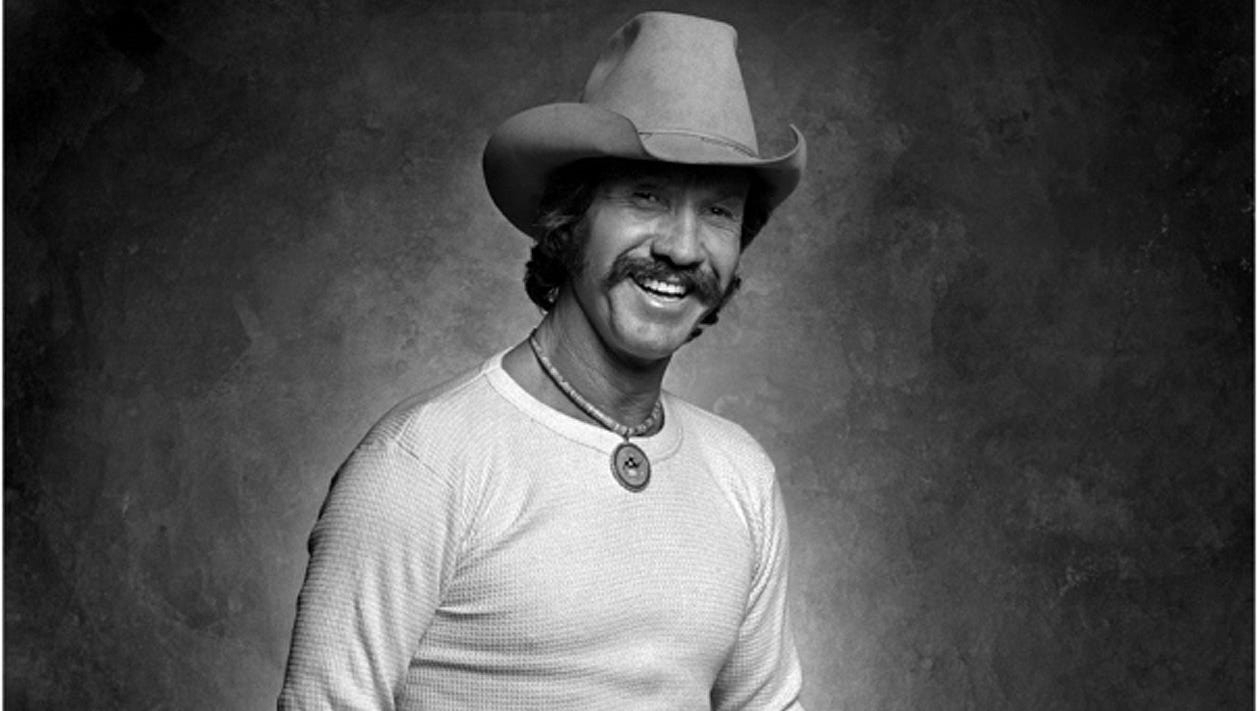 Possibly the finest Western singer of all time; his voice was remarkably unaffected, his touch light.

Never saw him perform, but did see him driving a Mercury at the first NASCAR oval race in California back in '74.

Gene Clark of the Byrds is another.  I could listen to him sing a burger stand menu. 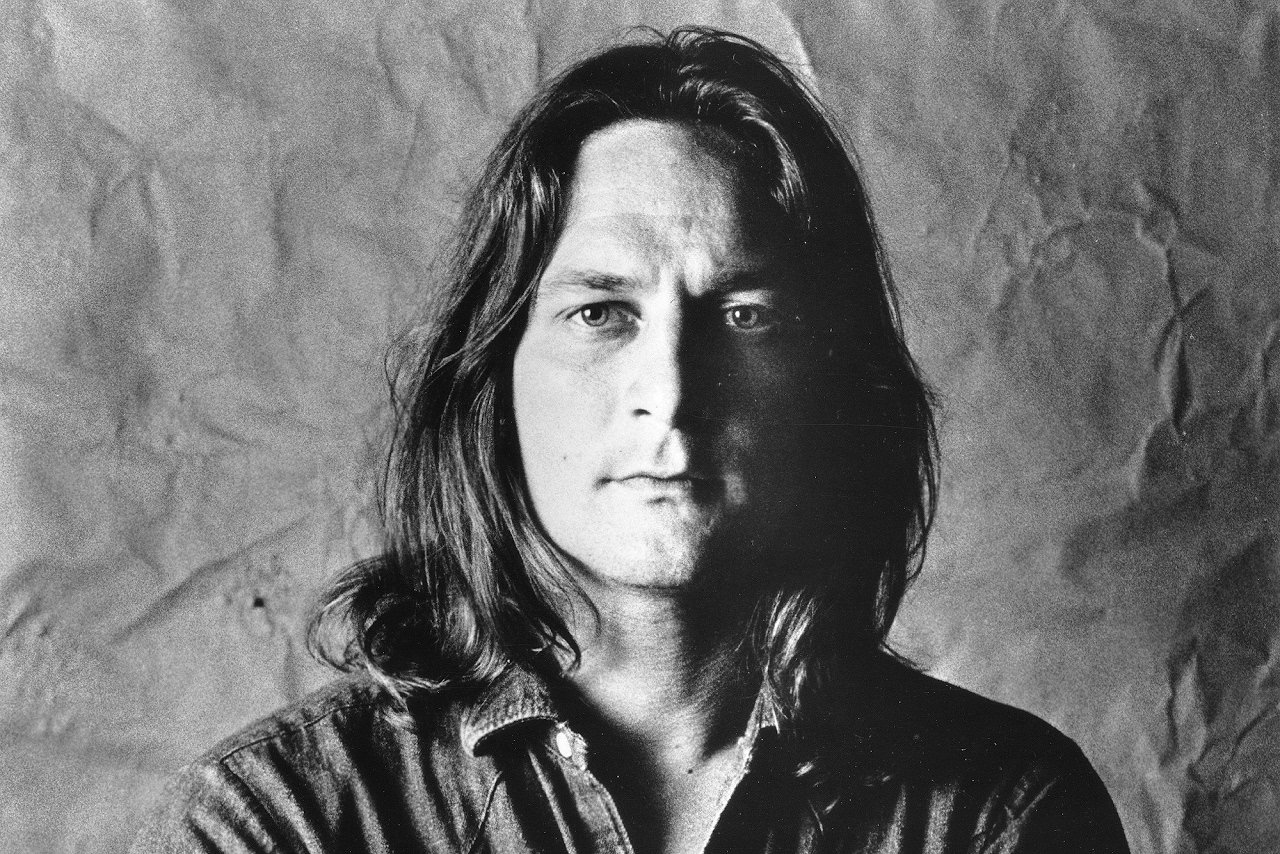 . . . but hardly forgotten.
The purest voice of all might be Nana's. 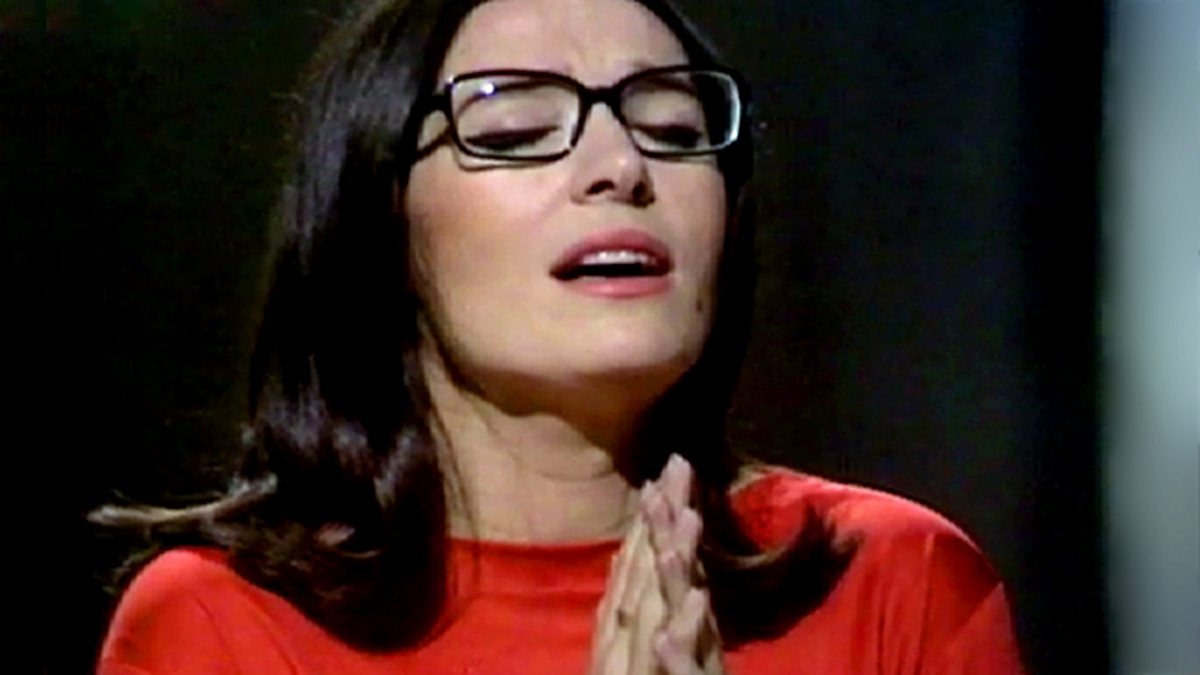 She performed in LA not all that long ago.  As it happened, her one show fell on the same day as a prior commitment, so my last chance to take her in is likely gone.
Nat.  King. Cole. 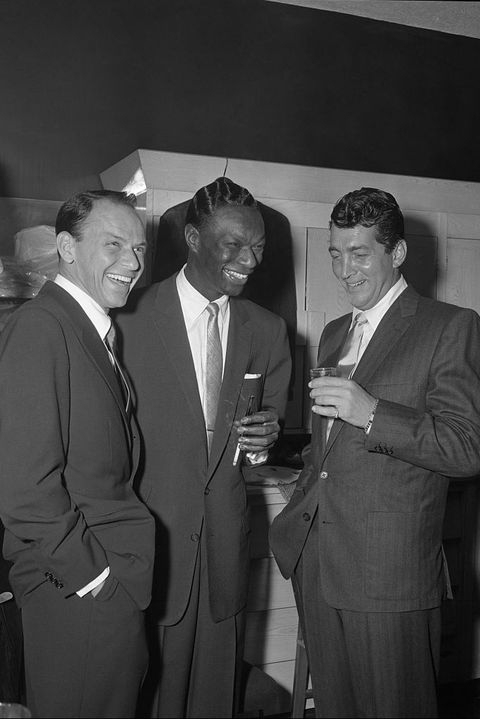 This photo says it all.  (Never saw any of the three perform live; had a chance with Frank, but missed.)
My candidate for most naturally talented?  Should be Frank, could be Nat, but Dusty . . . 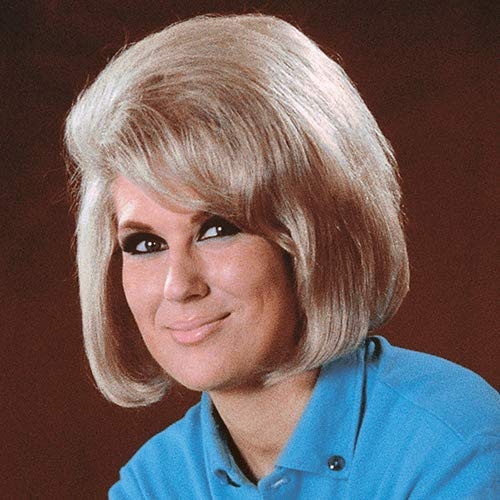 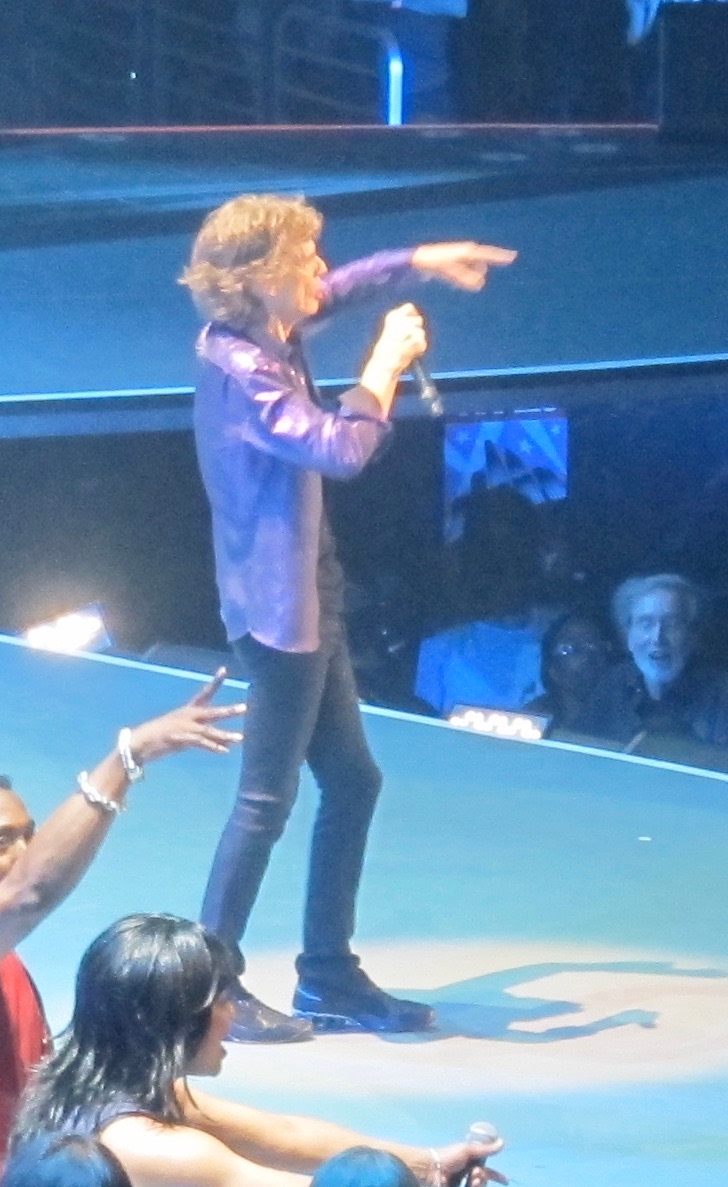 I've seen forty Stones shows . . . he's the reason why.  Time stands still when the Stones are on stage; it's as though the past is present.  There will never be another like him.
Other front men I admire: Paul Rodgers . . .

. . . but more for his vocal chords than stage presence.  Peter Wolf had the chops on stage . . .

. . . and I'm thankful I got to see him perform twice in '81 (opening for the Stones, of course!)
My most memorable show over almost five decades worth of concerts?  The Animals in '83 would be at the top of the list, and Eric Burdon . . .

. . . would be reason #1.  Terrific voice, total mastery over his stage.  If I could go back in time to relive a show, this would be the one.
That's my list.  What's yours?

Oh, and the watch on my wrist as I'm writing these lines at nearly 4 am? 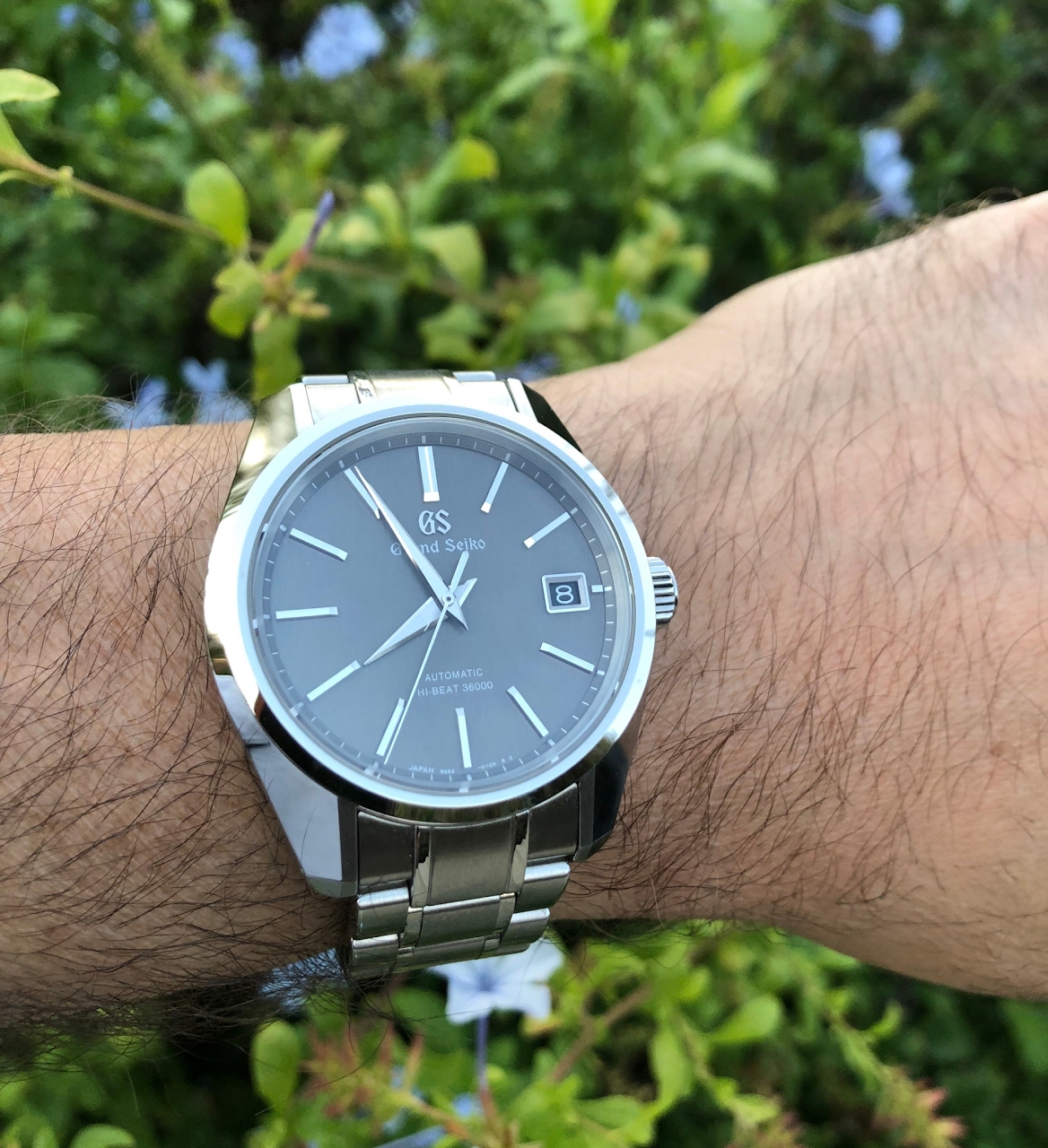 By: Dr No : July 9th, 2021-10:40
. . . and ready for Take 1! Young Dr No had three passions. The last to develop was for the game of pool when I was about nine. Before that was my fascination with wrist watches. I remember staring at a relative's triple-calendar for minutes on end. The f...
login to reply

Tom Waits for me

Great choices Ruffian! Both singer and…

Waits is one of those niche performers . . .

By: Dr No : July 10th, 2021-01:40
. . . that have relatively few but intensely loyal fans. Stan Ridgway is another. Now, what I really want to know is why we haven't seen your 2990 on the Omega forum before. Because after the Railmaster, the coolest cat in Omega's catalog in my humble opi...
login to reply

Not a reference one sees every year . . .

Tom Waits is a legend!

You hit the nail on the head.

By: Ruffian : July 12th, 2021-00:02
Unconventional indeed. How many people sing about hobos and the down-and-out?
login to reply

Rod Stewart For Me

Great singer Thomas! You are fortunate…

By: Thomas_3 : July 9th, 2021-18:25
Not sure I'd go see him again, his shows are nowhere what they used to be. Of course age plays a huge role in that, I've seen a couple of shows that are fairly recent on youtube and they are way different from what they used to be. When I was seeing him h...
login to reply

My pleasure Thomas! I well understand you. Time makes us…

By: Subexplorer : July 9th, 2021-20:52
… pay the toll: we all suffer its effects and artists are no exception. You will keep enjoying his music and the memories of those great shows you attended. Hagwe! Abel
login to reply

Seen Rod once at the Hollywood Bowl . . .

By: Subexplorer : July 9th, 2021-13:57
You never cease to amaze me with your musical knowledge (and your Omega knowledge as well of course!). Great watch on your wrist today. You know I have an special fondness for GS and Seiko watches. Interesting Theme you bring. And many memories as well. I...
login to reply

By: Ruffian : July 9th, 2021-21:46
She was truly gone too young. And who can forget Ella Fitzgerald singing Bewitched, Bothered and Bewildered? Not me!
login to reply

Thanks a lot for your kind comments Ruffian! I see we share similar tastes! Yes, Karen Carpenter passed away being very young. Very sad! She had a marvelous voice indeed.

Lovely duo Abel. But I must say I really love that submersible!

Thanks a lot dear friend Yacomino! Glad you like the Submersible. I find the versions with 42 mm case very charming and a good size for scuba diving as it is more compact than the 44 and 47 mm...

Same to you my friend.

By: Cpt Scarlet : July 9th, 2021-22:22
Good call Abel, she is the only artist to record two Bond themes and I have had the great privilege to meet her in person. Frank Sinatra is definitely one of the all time greats but unfortunately I didn’t see him live in concert. I see Frank has the same ...
login to reply

Hello dear Captain! Thanks a lot for your kind comments about my post and I´m happy you like this little old Rolex.

By: Subexplorer : July 9th, 2021-23:53
Yes. Dame Bassey was the only one is singing two themes of Bond: Goldfinger and Diamonds are Forever. She has a potent voice and I feel I would die if listening her in person. What a personality has this lady! I´m a little envious to know you have met her...
login to reply

If you should ever meet Shirley again, Cap, ask her . . .

I think I could be taking my life into my hands 🤔

True story: I was literally yards away from Shirley at a dinner theater performance in Manama, Bahrain . . .

By: Subexplorer : July 10th, 2021-19:10
Can imagine the face of Dame Bassey looking you! Lol! Well… these things happen sometimes! Lol! Glad you like my old Rolex. The Veryflat is a charming watch. But I can understand you. We have priorities and we can get every piece we like. Thank you for sh...
login to reply

By: KMII : July 11th, 2021-06:27
To have seen and enjoyed these artists in their prime. And the watches, too 😂 The disadvantages of a delayed birth for people like me 😉😂
login to reply

By: Cpt Scarlet : July 9th, 2021-22:55
Great theme Art ! You shared some great moments in music with us the weekend in your opening thread. I’m going to start with Bowie because he reached the point that everyone referred to him as just Bowie. The same happened to all the greatest artists. Elv...
login to reply

Great choice of artist and watch dear Captain! I was sure you were going to mention him in this thread. Great artist indeed.

By: Subexplorer : July 10th, 2021-00:04
The Gondolo Patek you share has such an strong character as Bowie I feel. Well played my friend. Enjoy a nice and relaxed week end dear Captain! Cheers! Abel
login to reply

By: Cpt Scarlet : July 10th, 2021-08:27
Bowie had the same model in his collection. I’ve owned this one for many years. For many personal reasons it will remain with me forever. Have a great weekend !
login to reply

A wonderful watch for sure. I can understand its a keeper!!

That is one perfect pairing 🙌🏻

Superb GS to go with some splendid music dear Art!

Genesis is touring again for the first time in many years . . .

By: Dr No : July 10th, 2021-17:10
. . . but no shows in LA, sad to say. Never saw either Phil or Bryan perform live; some losses are meant to be, I suppose. Tight color match between beer bottle and watch - clever composition! Art
login to reply

Immerse yourself in the Whisky A Go Go

By: timerider : July 10th, 2021-22:48
where two drinks could get you a night of music to blow your mind. The Doors were my favorite band in those days and Morrison had the Voice for me. I just have the snapshot of the video on YouTube. The video is worth a beer or two and there are some great...
login to reply

Thank you Sir, for a cool awakening. 😎

By: KMII : July 11th, 2021-06:23
Somehow music has featured less in the last two and a half years since we moved here - something to be rectified for sure. So, videos aside, here some ‘relatively’ recent ones for me: - Amy McDonald - somehow the combination of her lyrics - and this is on...
login to reply

You share some interesting watches and straps combos as usual dear KM! Nice complement for your musical preferences list. These series of "Musical Themes" brought by our dear Dr. No...

By: Subexplorer : July 11th, 2021-14:33
... have been a motivation for me to explore some music stars whom I hadn´t listened before whose names were brought by our participants. Hope you are enjoying a wonderful week end dear KM! Best, Abel
login to reply