Today I propose to take a look at the degrees required on a watch dial. I'm using my perpetual because it has multiple subdials and complicated divisions.

Here you can see I have divided the dial into 12 segments (hours) with green lines. 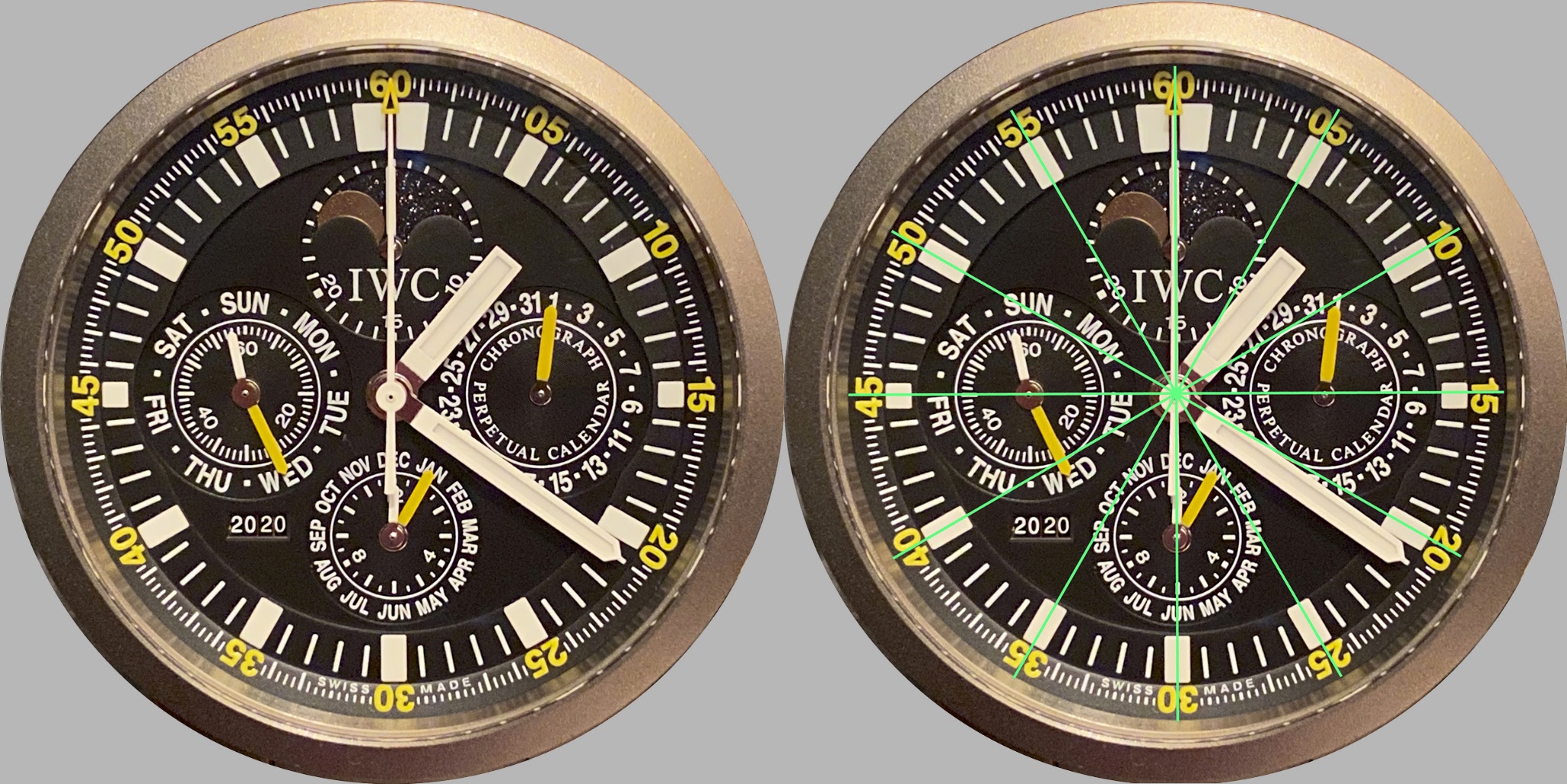 I overlaid some more lines and it became too complex to explain, so in the right-hand example below I subtracted the dial itself so we can just concentrate on the lines and circles. 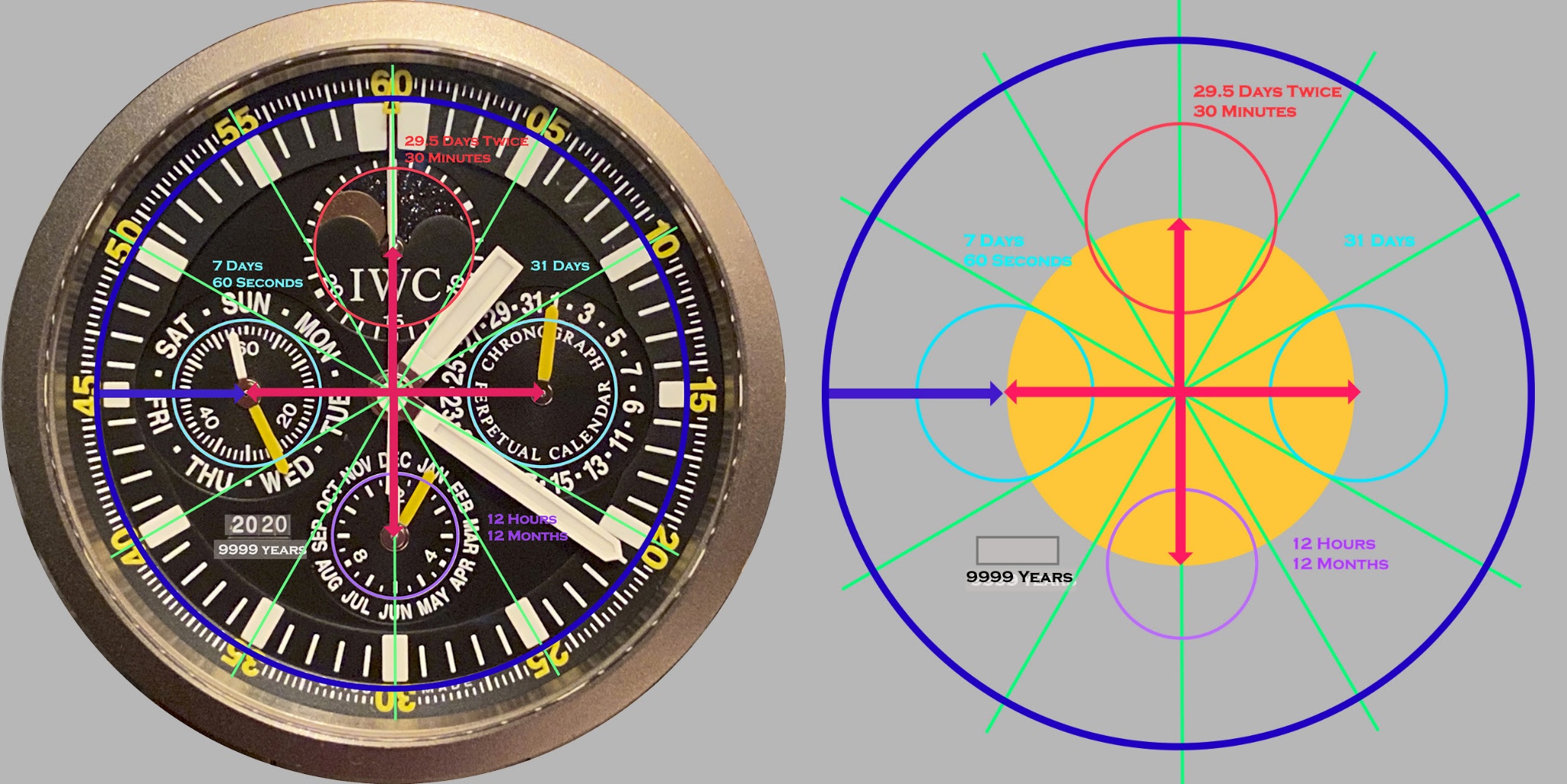 Notice that I haven't defined the LARGEST dark blue circle. It needs a drawing of its own! The items outside the pink dotted line were left off or buried under something else on the dial. And I got bored with creating the diagram and didn't put in the outermost display -- would you say those are seconds markers? 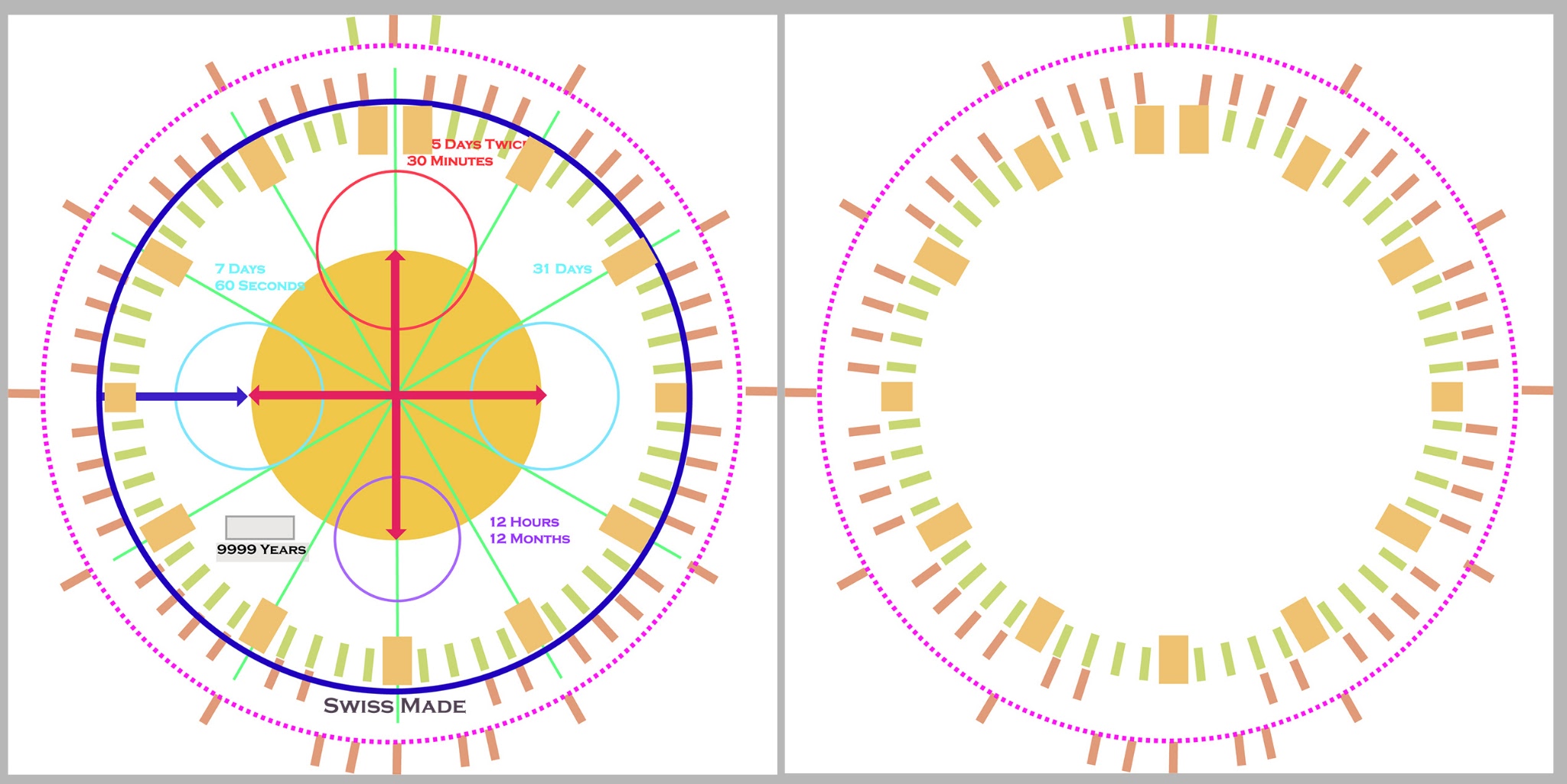 QUESTIONS
Now I have to ask: which part of the watch manufacturing process has the greatest "degree of difficulty" (in your humble opinion)?
Do you think IWC was primarily a DESIGN-oriented company or an ENGINEERING-oriented company when this line of watches was created?

Thanks for reading, and please come back for Part 2 of Degrees, Gears and Ratios.
Cazalea

By: enjoythemusic : September 12th, 2022-18:20
Mathematical perfection versus 'the soul of flow'. Many musicians can play The Notes, yet far fewer can play The Music. I feel these relate to dials and visual art, though a pure tool MIL timepiece might have one desired visual 'perfection' for the task a...
login to reply

That’s a splendid analogy with the notes vs the music

By: mrds : September 12th, 2022-20:08
Dial design and proportions must be the single most difficult task when designing a watch. Especially for a simple 2 or 3 hander.
login to reply

By: InHavenPro : September 12th, 2022-22:58
it totally depends on the intended context and application. As it relates to musicians, I always admired the fact that Phil Collins - my favorite singer/songwriter never learned to read sheet music (notes) . During my 6 years at a hyper traditional music ...
login to reply

By: mrds : September 12th, 2022-20:15
One example is the VC Cornes de Vache, which runs on 3Hz but has 1/5th of a second markers, I guess for esthetic reasons. I think they changed this on the (later) steel model, but the Pt version shows this inconsistency.
login to reply