Nov 06, 2021,03:06 AM
Here is a partial list of earlier references which predate this article from The Hour Lounge and should be recognized for their contribution to the subject.
Anton Kreuzer's book, Augenweide Armbanduhr: Vacheron Constantin (Carinthia Verlag Klagenfurt 1992), includes a brief section on the world time wrist watch.  Kreuzer recounts the development of Greenwich Mean Time in 1893, which divided the globe into 24 time zones centred on London.  While initially an aid to maritime then train travel, the advent of air traffic and worldwide telephone service made the system even more relevant.  Here I will translate from Kreuzer's book:
The clock factories gradually implemented this development over the later thirty years by bringing world time models into the clock collections.  The wrist watches of Patek Philippe, Agassiz and Rolex were based on a construction of Geneva clock maker Louis Cottier.  When Vacheron Constantin decided in the fifties to build such a universal wrist watch, they also chose the system of Cottier's.  Three pieces were produced which received the Reference number 6213 and this one was sold in 1957.  This World Clock with the signature of Vacheron & Constantin was a relatively large model with a diameter of 40 mm.  The dial consisted of three indications (from the inside outward): hourly dial, 24-hour scale with day/night marking, and ring with 42 important city names from all continents.  The disk with the labels of cities could rotate by means of a small pusher in the winding crown.  The clockwork was calibre 499 (Breguet spiral, 21 jewels, micrometer regulator, central seconds, automatic winding) and received the serial number 505811, the 18kt yellow gold case received the number 356030. 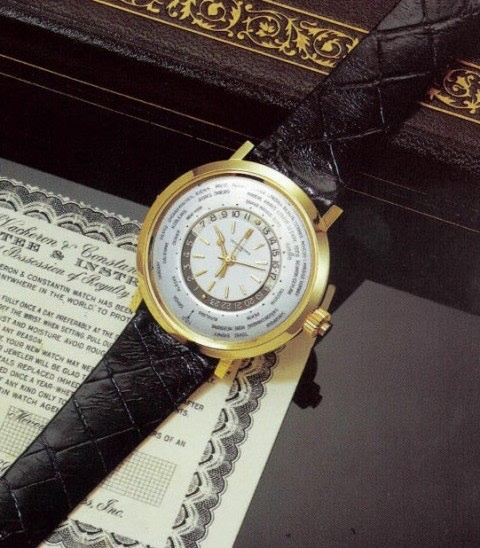 Reference 6213
Osvaldo Patrizzi's article; Louis Cottier; A Watchmaking Genius Ahead of his Time (VOX 2002), identified the world time system used by Patek Philippe, Agassiz, Rolex and Vacheron Constantin was developed by the Geneva watchmaker Louis Cottier (1894 - 1966).  Patrizzi declared that Cottier made his first world time pocket watch in 1931 for a local jeweller named Beszanger.
Carlos Perez, in an article; Harmonia Mundi published on TimeZone in 2001, also credited Cottier with a further refinement which mobilized the outer ring of cities and regions.
Contradicting Patrizzi is the book; The World of Vacheron Constantin by Lambelet and Coen, co-published by Vacheron Constantin in 1992, which reveals on page 396 a photograph of Reference 3372 world time watch with a pencilled date notation of 1930.  If accurate, this places V&C's watch prior to the piece delivered to Beszanger and therefore Cottier's first.  This was first revealed at The Hour Lounge in an earlier post titled; The World Time Watch: Another Vacheron First by Tick Talk (yes, that's me...who else would remember).  This story also contained a brief inventory the choices for time zones and how they changed to reflect the political and power centres of their day. 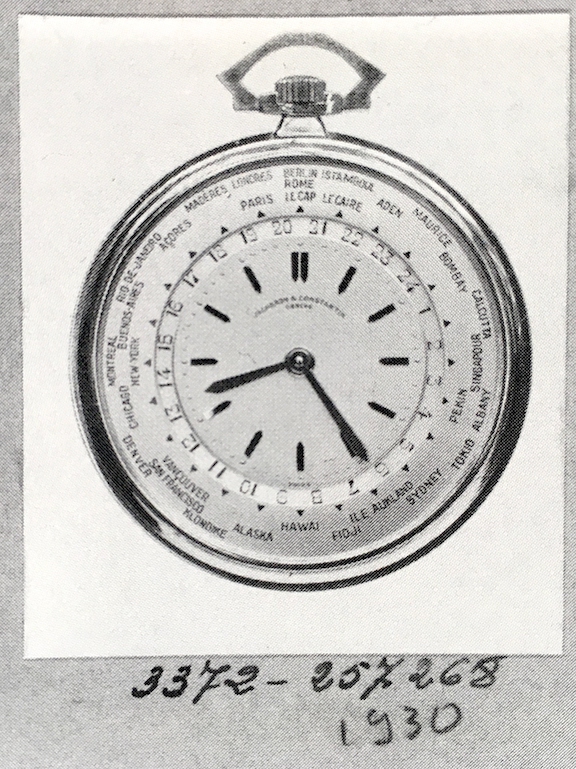 An interesting side story of the Photo Reference 3741 World Time table clocks of 1938 are the base movements; 22-ligne Chronometre Royal calibres from 1914 (photo credit Auktionen Dr. Crott). 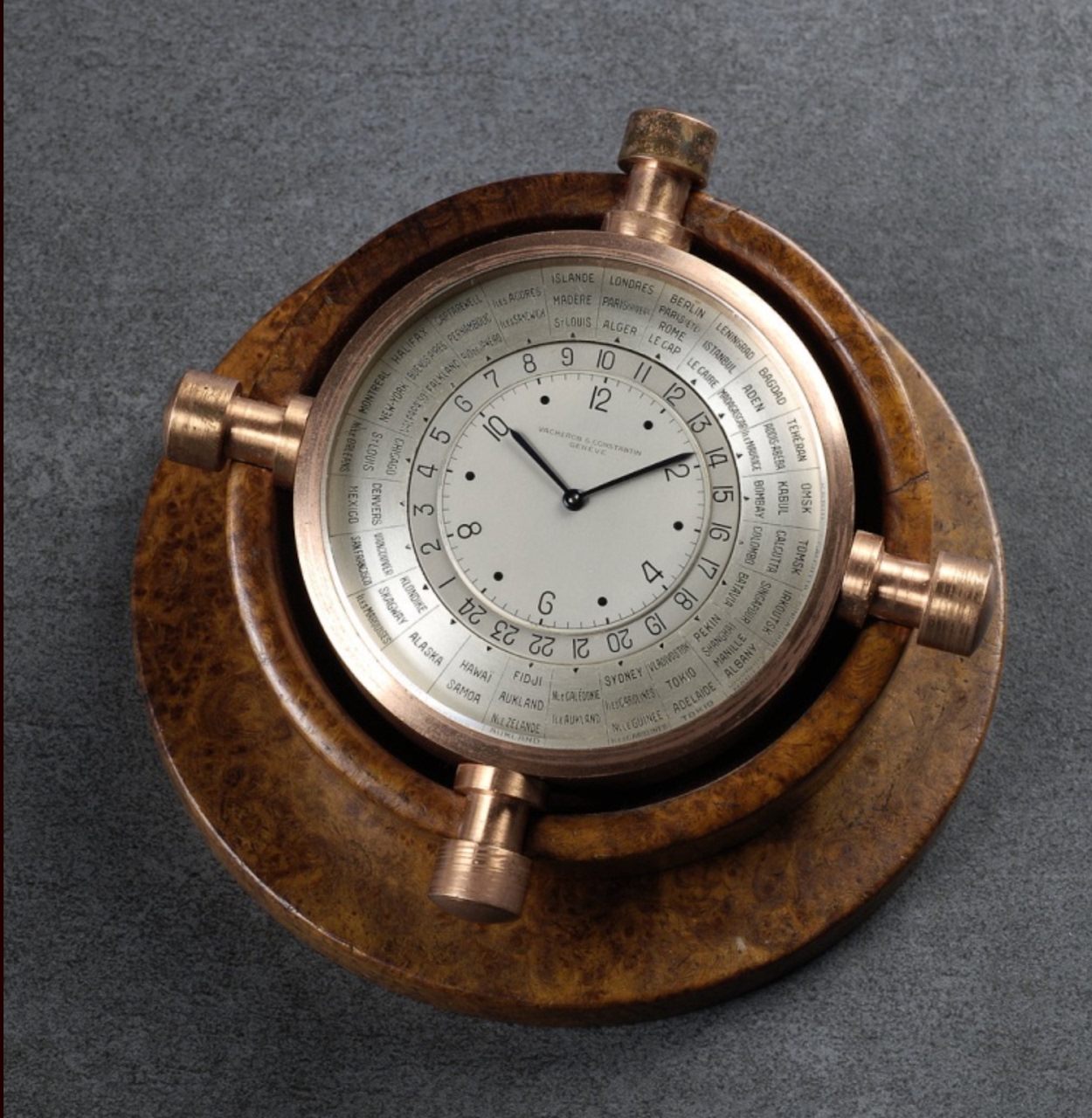 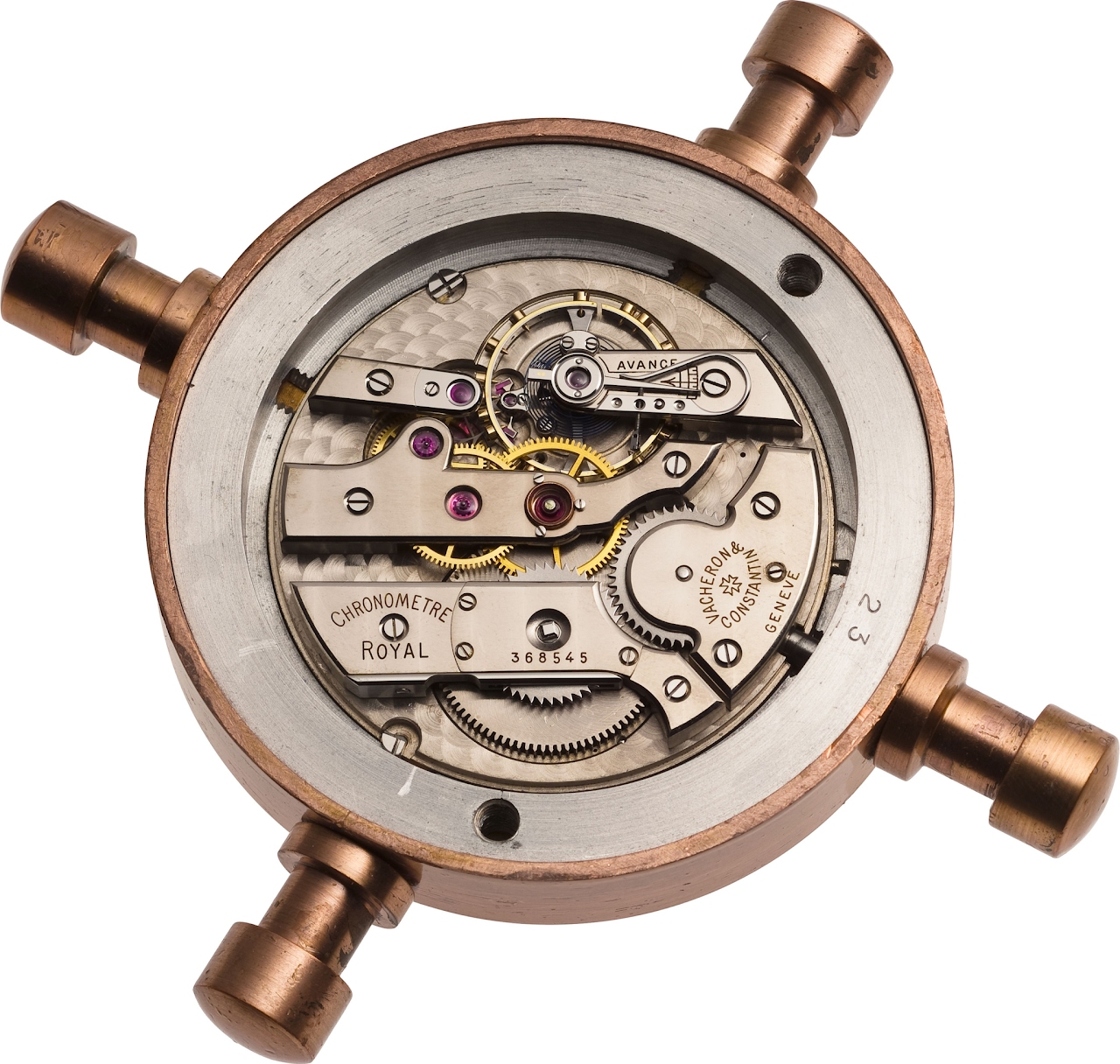 By: Tick Talk : November 6th, 2021-01:42
Sir Sandford Fleming (1827 - 1915) Canadian Engineer and Inventor Scottish-born, Fleming moved to Canada at the age of 18 where made his mark as a railway engineer and prolific inventor. He was instrumental in defining the beaver as Canada's national symb...
login to reply

Thanks for a typically interesting read Dean, always good to learn about some relevant aspects of one of the most prestigious and historically relevant watch brands -- not to mention that Worldtimers are a big favorite of our forum!

By: FabR : November 6th, 2021-02:32
And thanks most of all for writing with your usual wit every single time the story would lend itself to it....loved it! As a marginal comment after 15+ years that I've been in the US, "Foreign Secretaries" here are called "Secretaries of State" (perhaps, ...
login to reply

thanks for the clarification Fab

By: chintu : November 6th, 2021-02:37
Thanks. The Vacheron Traditionnelle World Time with its 37 timezones is a true beauty. A fresh caliber and an under-appreciated watch.
login to reply

By: Tick Talk : November 6th, 2021-03:06
Here is a partial list of earlier references which predate this article from The Hour Lounge and should be recognized for their contribution to the subject. Anton Kreuzer's book, Augenweide Armbanduhr: Vacheron Constantin (Carinthia Verlag Klagenfurt 1992...
login to reply

Wow, the Chronometre royal World Time!!! This one, I didn't know. What a superb creation.

and I had one within my grasp

No? Really? Wow, I imagine how YOU, crazy CR Fan, you felt!

Mixed feelings with this one

Thanks for the comprehensive review article, Tick Talk.

By: joenghenry : November 6th, 2021-04:56
I was also fascinated by this beauty 37 time zone world timer by VC. It is a completely new caliber, allowing adjustment of all timezones (not just in an hour increment/ reduction) by the crown alone. The dial construction is also ingenious and complex, s...
login to reply

Aaaah, mon ami, you made my day. I love world time watches. And VC WT are no exception.

By: amanico : November 6th, 2021-07:45
The 6213 is a dream. A sublime watch, very Vacheron, for me. Good to remind that Cottier started with Vacheron before he was " used by " Patek. Here is a picture of the Evasion, in white gold. A pity it had the date. Can you imagine how beautiful it would...
login to reply

WT is a most romantic complication

By: Tick Talk : November 6th, 2021-22:03
conjures images of travel to exotic locations! I do favor the vintage ones with adventurous destinations like Klondike and Skagway on the dial.
login to reply

True! You are absolutely true. A part of History and Geography, too.

By: TeutonicCarFan : November 6th, 2021-19:56
..used to cruise that a lot. Probably why I find VC as my favorite brand. Heritage, innovation, art along with avant garde case designs.
login to reply

Very interesting read, thanks so much for all the information!

By: Tick Talk : December 10th, 2021-00:26
While preparing the latest Best of The Hour Lounge on Skeletonization, I was astonished to notice this 1930s Verger Frères table clock had a World Time function! It doesn't have the Cottier System, but instead required the user to manually turn the inner ...
login to reply

Good day, Sir. I read this terrific account at the time and was glad to do so again just now. By happy coincidence I came to WPS today to ask about the Evasion World Time, which you note above.

By: Age_of_Surfaces : June 15th, 2022-14:01
I've just bought one of the initial 100 in white gold and wanted to know a little more about it. I have all the basic information (reference number, movement, made for Japanese market, other properties) so my curiosity has more to do with the circumstance...
login to reply