Information on my “new” VC

Hi, I am new to VACHERON CONSTANTIN.

I just purchased my first Vacheron Constantin which is a Reference 6484 dated form the “1960's”.. The watch is powered by Caliber P453/3B which has 18 jewels (as opposed to the earlier ones which had 17 jewels) and is stamped twice with the Geneva Seal.

I would appreciate the group’s knowledge in providing me with additional information on this movement and how does it compare to the 1001/3 series since I understand that both are based on a JLC Ebauche.
I would also be grateful if you could provide me with estimated manufacturing date; the auction house indicated that it is from the 1960’s, but I wonder if this is the case as I thought that in the 1960’s VC began using the 1003 movement rather than the 453 movement. 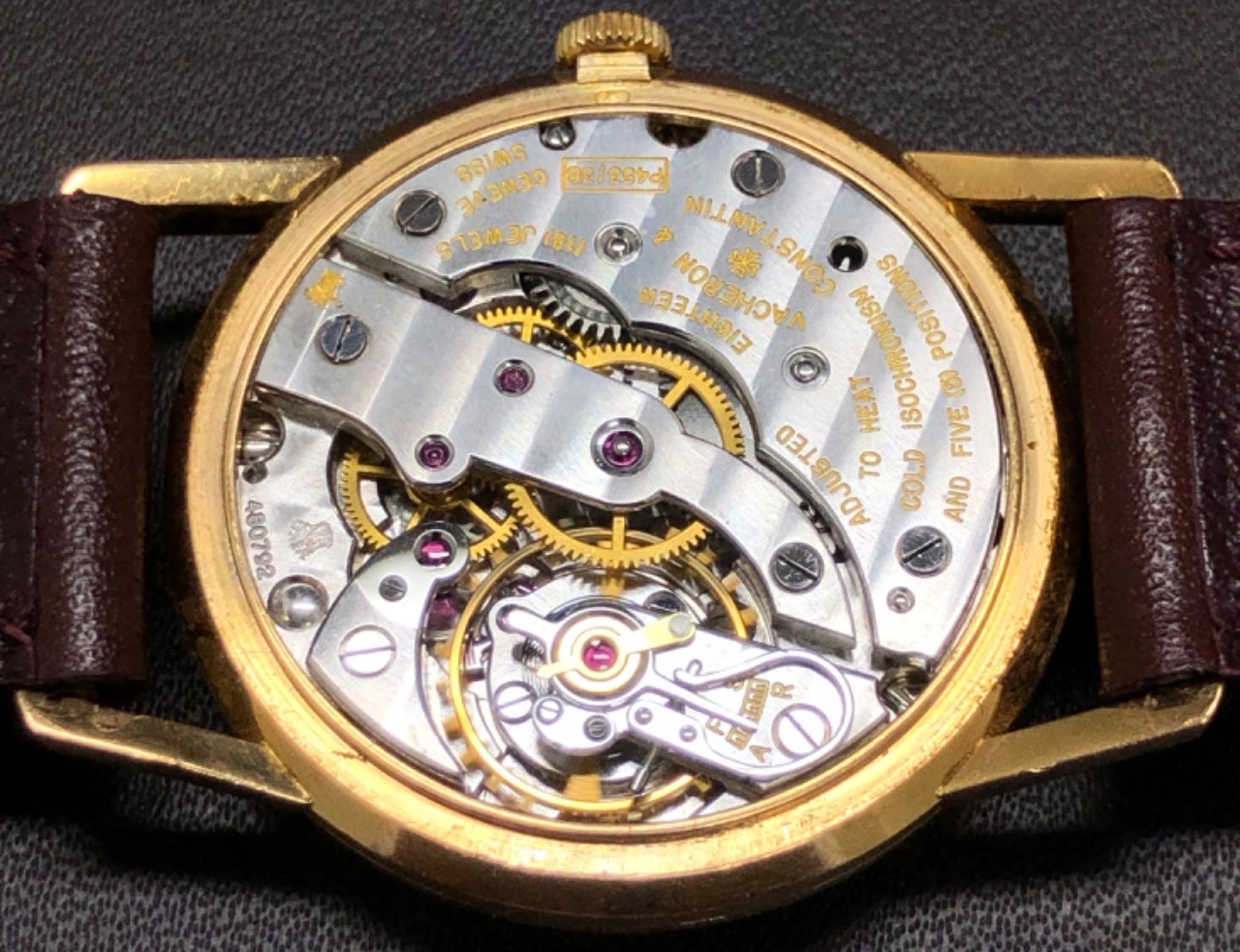 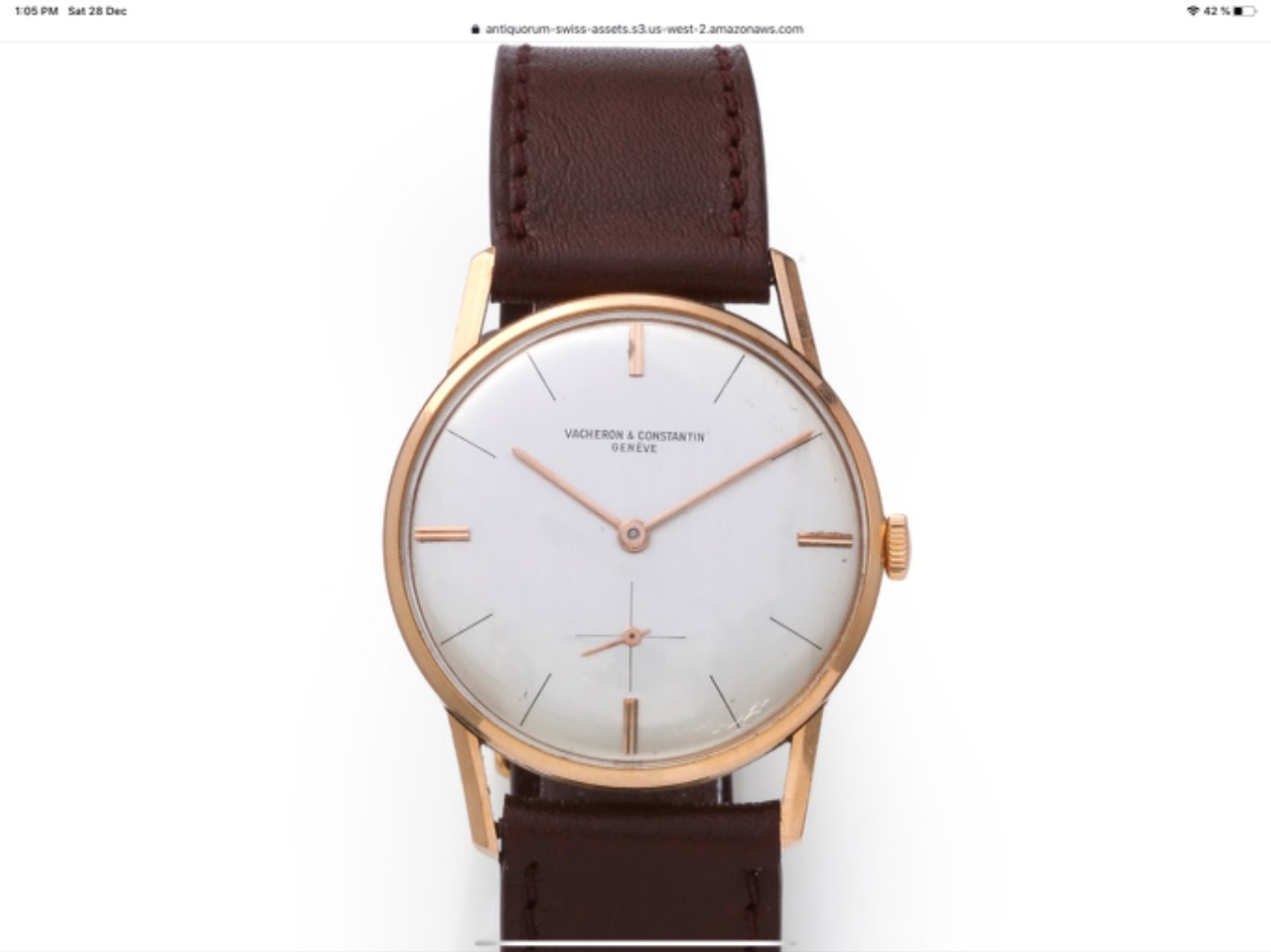 Information on my “new” VC

By: LS : December 28th, 2019-10:54
As for comparison with other movements, I would say that anything from VC is top notch. I think the1003 is the thinnest movement that VC ever put in a wristwatch. But, but what matters most is that the piece you now have called to you.
login to reply

JLC ebauche for sure, and I would rather say from the 50's. But I don't know vintage VC that well... [nt]

I'd forget details and enjoy the beauty of this watch. And that's immense!!

By: Pun : December 28th, 2019-19:41
Watches like poetry, are meant to be appreciated and admired. They are, like other things of beauty, not meant to be understood.
login to reply

Happy New Year to you and to your family too, friend. This hobby is intoxicating, to say the least. Regards [nt]

A nice classic way to begin your V&C journey

By: Tick Talk : December 29th, 2019-15:22
Cal 453 with sub-seconds and its sister cal 454 with center seconds were based on the JLC 449 ebauche. After their merger in 1938, all wristwatch movements were sourced from JLC other than chronographs. The 18th jewel is a lower cap jewel for the escape w...
login to reply

By: xiaoxiao : December 29th, 2019-21:59
the movement & allotted to CR case design with Maltese Cross lugs. for example:, Is the first batch of & produced in 1955? That year is the 200th anniversary of VC's birth, began to be produced. reply
login to reply

You are absolutely correct

By: kjell_watchmaker : December 30th, 2019-05:11
VC (and Breguet, Cartier and Chopard) got JLC 449, 818 and 819 movements as "movement blancs". In order to get te Geneva Seal, the entire movement finishing happened within the canton of Geneva. So you can very well say that even if this is a JLC construc...
login to reply

Thanks to all (more)

By: Sergio Michelsen : December 30th, 2019-06:20
This is most useful information. Thanks! While I share Pun’s perspective that we should enjoy the beauty of the watch, I am one of those who finds joy in the beauty, but also in the history, in the technical aspects and the subtle differences among the mo...
login to reply

By: mrds : January 7th, 2020-11:58
Hi Sergio, welcome to the addicts‘ corner. Congratulations on this fine piece! It is a rare bird for sure, and a top elegant one. Enjoy it with pride and joy! Daniel
login to reply