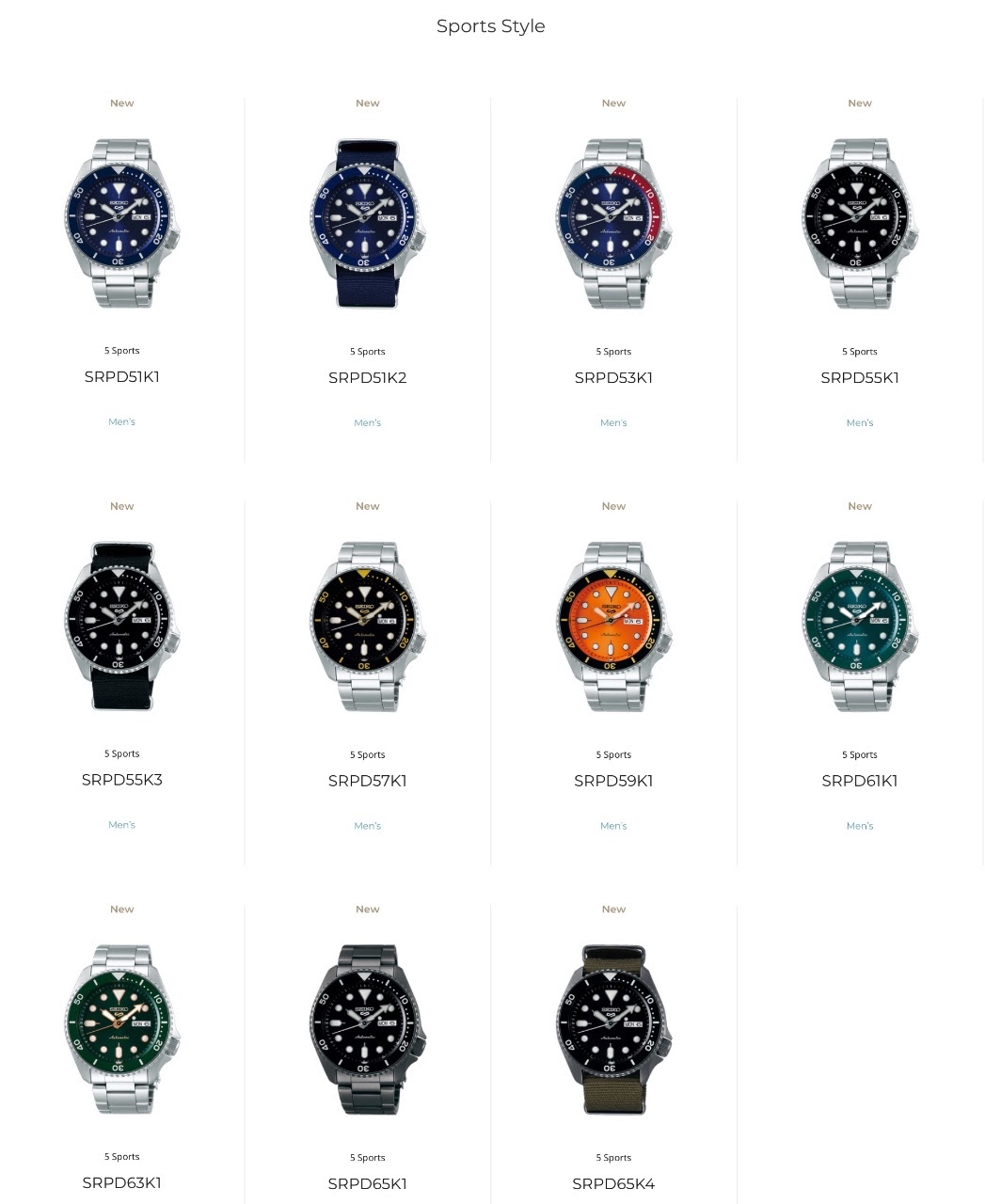 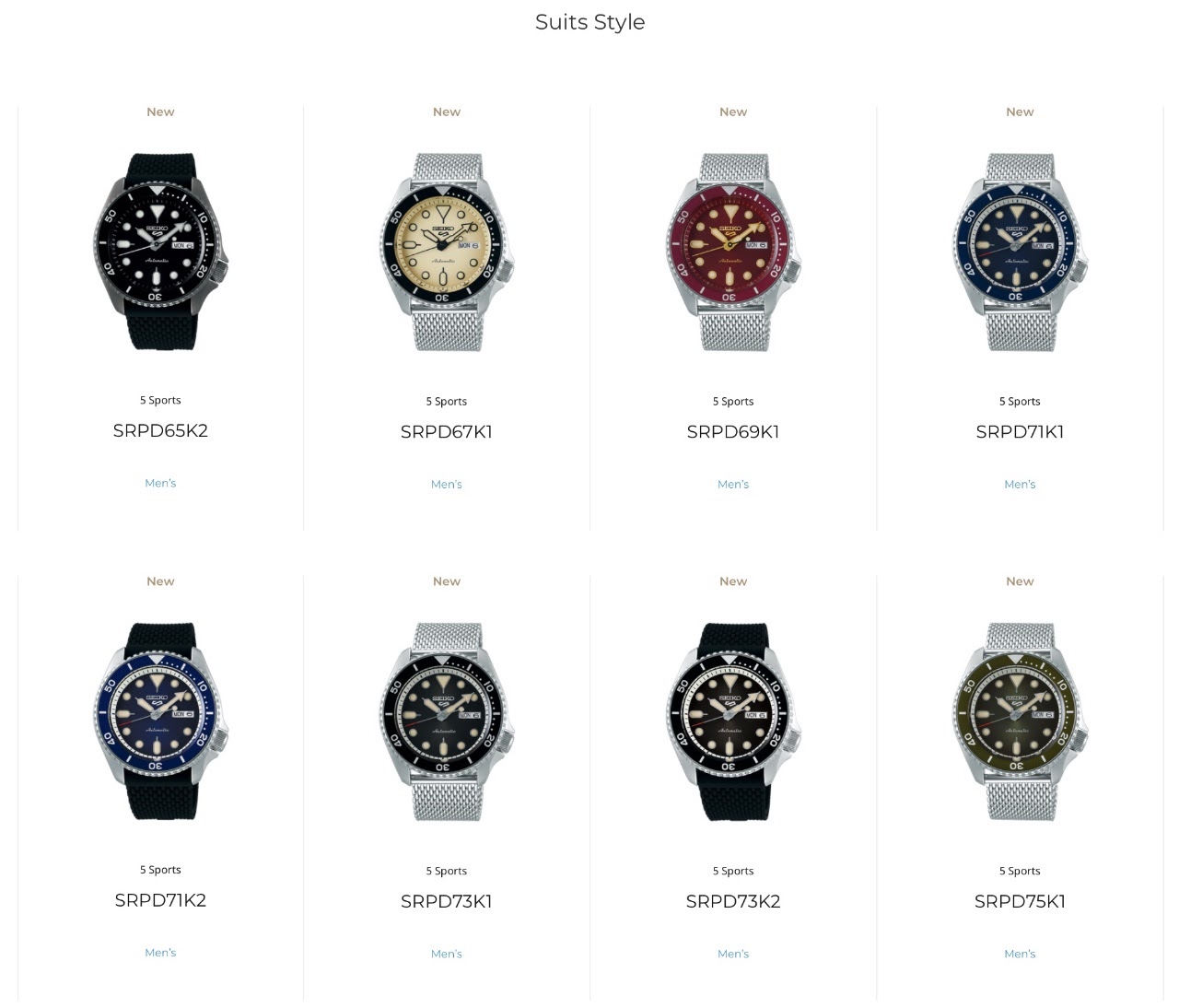 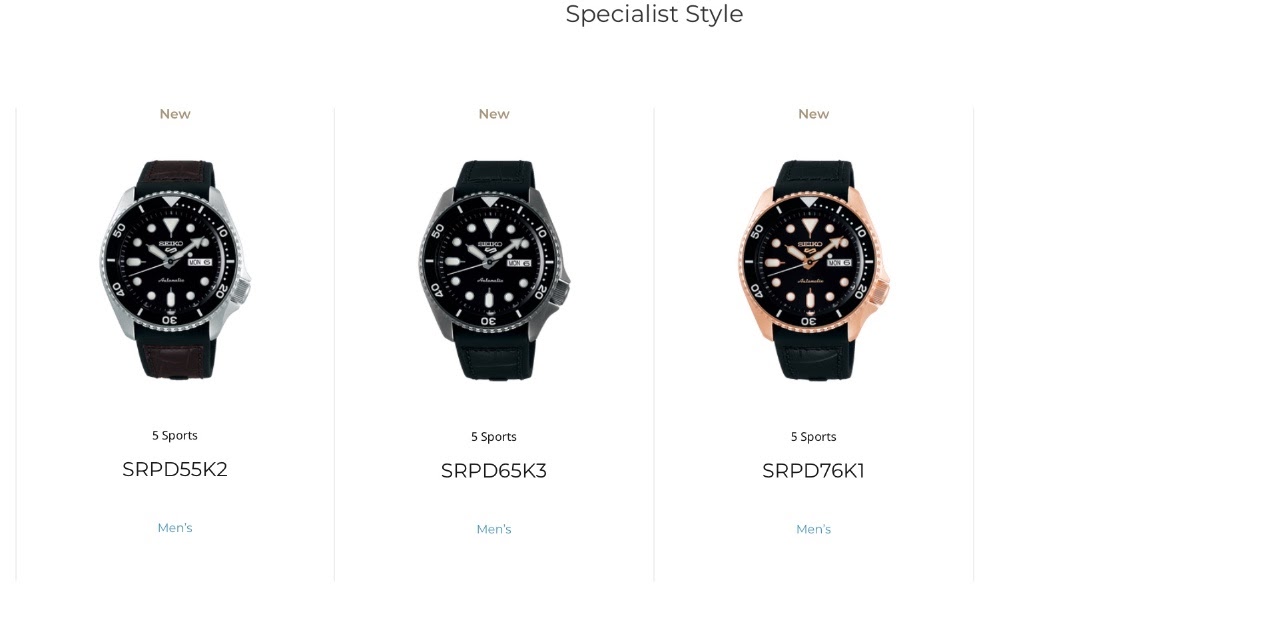 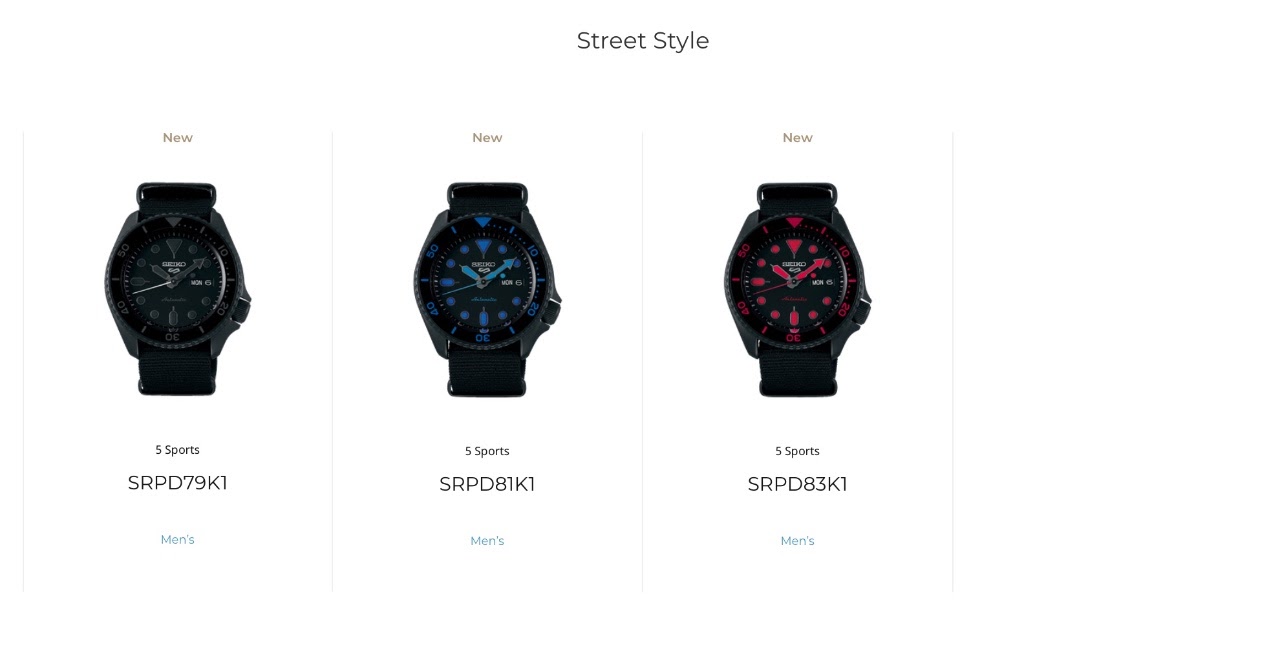 By: cazalea : August 7th, 2019-07:07
Seiko sent a press release today announcing the availability of a new line of watches, a fusion of Seiko 5 and Seiko Sports. The new logo is a stylized S indicating this compression of two historic Seiko lines. For sake of visibility, I filtered out the b...
login to reply

These look terrific! Do you know about the size? [nt]

Thanks Mike for posting this information 👍 [nt]

OUr thanks to you, once again, Mike, for passing on important Seiko info.! FH [nt]

Excellent! Thanks for the post. SUITS for me. [nt]

Seiko's specs are wildly outside of the normal performance

By: COUNT DE MONET : August 8th, 2019-01:09
However it is running amazingly accurate: only -1 sec in position crown down over night, + 5 sec crown and dial up. Fair to say chronometer grade. I will observe it further but I understand your concerns fully: on paper it sounds not good. ...
login to reply

These are great, something for everyone in terms of styling.

Thanks for sharing - are they Seiko standard quality?

By: xxcesar : August 7th, 2019-22:13
As a heavy modifier of Seikos, I can see, where they draw the inspiration from, it is a nice idea, but execution looks cheap on the pictures. Have to see in real, but not sold yet.
login to reply

I would think they're comparable to what you are modifying now

By: cazalea : August 7th, 2019-22:34
Movements are traditional and based on the 7S26 though evolved in many ways. I’m not sure where the cases are made. I believe the images may be computer generated. I’ll look again tomorrow. Mike
login to reply

By: xxcesar : August 8th, 2019-01:59
Having some official Seiko colleagues following my insta channel, I might even feel that some of my mods are used as inspiration, but from the pictures I still like mine better in style and quality (not objective view of course). Example: Will need to see...
login to reply

So are you saying you inspired Seiko's SKX diver's line like the SKX007 and SKX009?

By: reintitan : August 8th, 2019-11:49
Because these new Seiko 5's are almost exact copies of the SKX line in terms of looks.
login to reply

Not that much honor

By: xxcesar : August 8th, 2019-13:30
The classic that started with the 6309 is genuine. My point is that the new line looks like a response to the multitude of mods that improve over the Seiko original offering, just like all auto OEMs now have their in-house tuning branch. C.
login to reply

I quite like the Suit version, in blue. Cool colors combination. [nt]

By: reintitan : August 8th, 2019-11:48
The change of movement from the old and tired non-hacking, non-hand-winding 7s26 to the hacking and hand-winding 4R series is a welcome change, but not the others IMHO. Loss of screw-down crown Loss of luminous pip on insert Downgrade of water resistance ...
login to reply