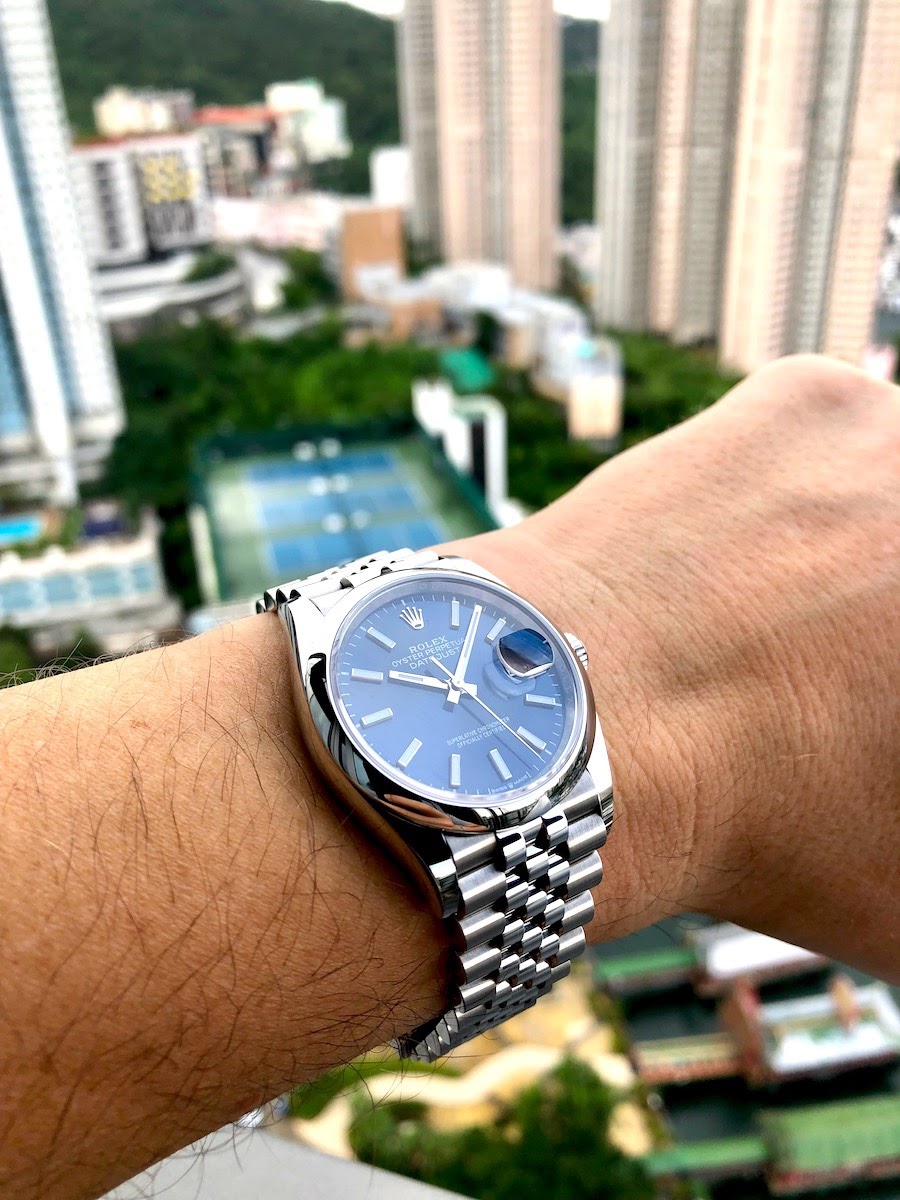 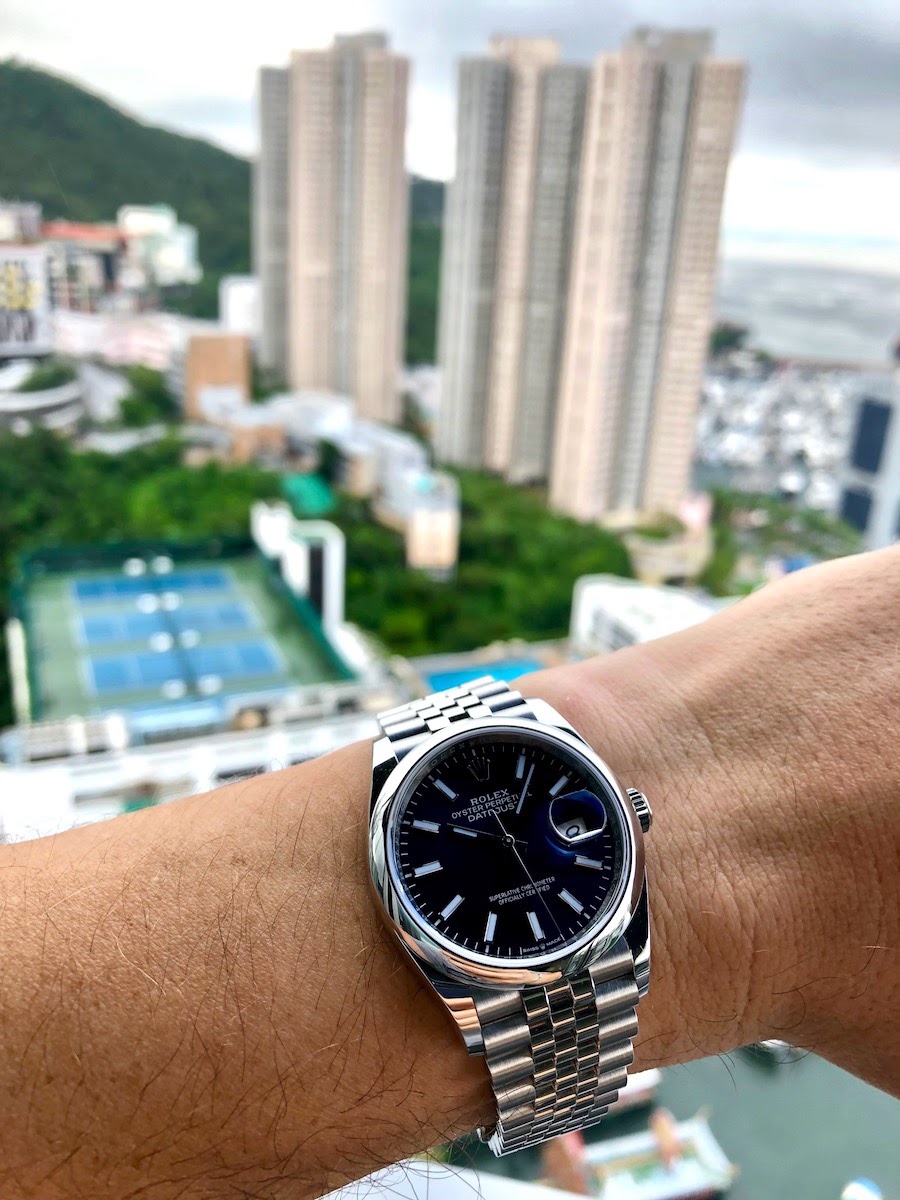 Conclusion:
Despite the few flaws / dislikes described above, I think this is a terrific watch. It is gorgeous, practical and wears superbly. It's incredibly versatile, too, which explains why this model has been such a hit through the years. Some will consider it dressy thanks to its size and finishing. Others will be appealed by the sporty nature of the oyster case and metal bracelet. I sit in the middle, and can easily see myself wearing it in just about any situation, from the swimming pool to a black tie party. In my view, this is the best Datejust version Rolex has ever come up with. And with the choice of bezels, dials and bracelets available, anyone should be able to find a configuration he likes.
Thanks for reading me.

By: Boris : June 28th, 2019-01:55
I had posted here a few months ago, to express my surprise that the new iteration of the classic Datejust 36mm seemed to have flown completely under the radar at Basel 2019. After all, this the iconic model most associated with Rolex over the past 7 decad...
login to reply

Very interesting review. I agree that on that watch, the Jubilée bracelet is working vey well. Yes, a very good watch! [nt]

By: yacomino : June 28th, 2019-05:50
however if it runs constantly 4 sec fast per day versus the claim of 2 sec, I would think Rolex would do something if you bring it back. Most rate test of this movement hit the 2 sec or less variation...
login to reply

My wrist is 17.5cm, so not that much smaller than yours