We just spent a few nights in Bangkok, indulging in exquisite food, enjoying Gaggan’s new G-spot and visiting James Suckling’s wines of Italy event. We took the opportunity to visit two Patek Philippe boutiques and we were “welcomed” at both with pure arrogance. Casually strolling through Bangkok I was wearing my summer shorts and t shirt and wearing a Grand Seiko. When walking in they scanned us from top to toe and at the first question about a watch model and price we got a blunt answer “that watch sir is more then 3 million baht” looking at me like that is out of my league. The lady working at the Cortina boutique in Erawan even gave me a much higher price then Bangkok retail, just to get rid of us. When I replied her that seemed too much, she walked off. I guess the staff doesn’t know the saying “Never judge a book by its cover”

But the food and wines were brilliant.

PS : Gaggan was my number one food experience ever 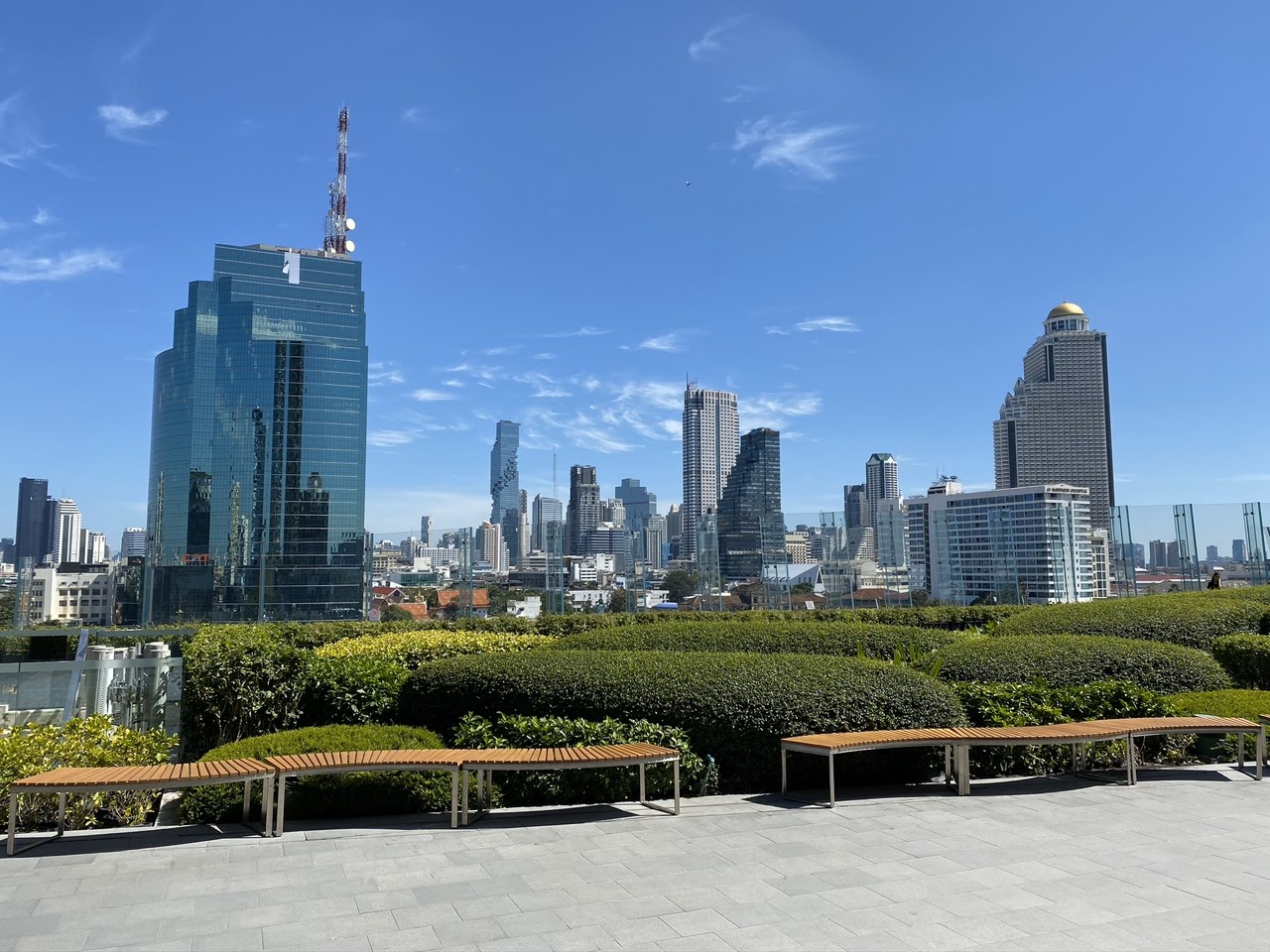 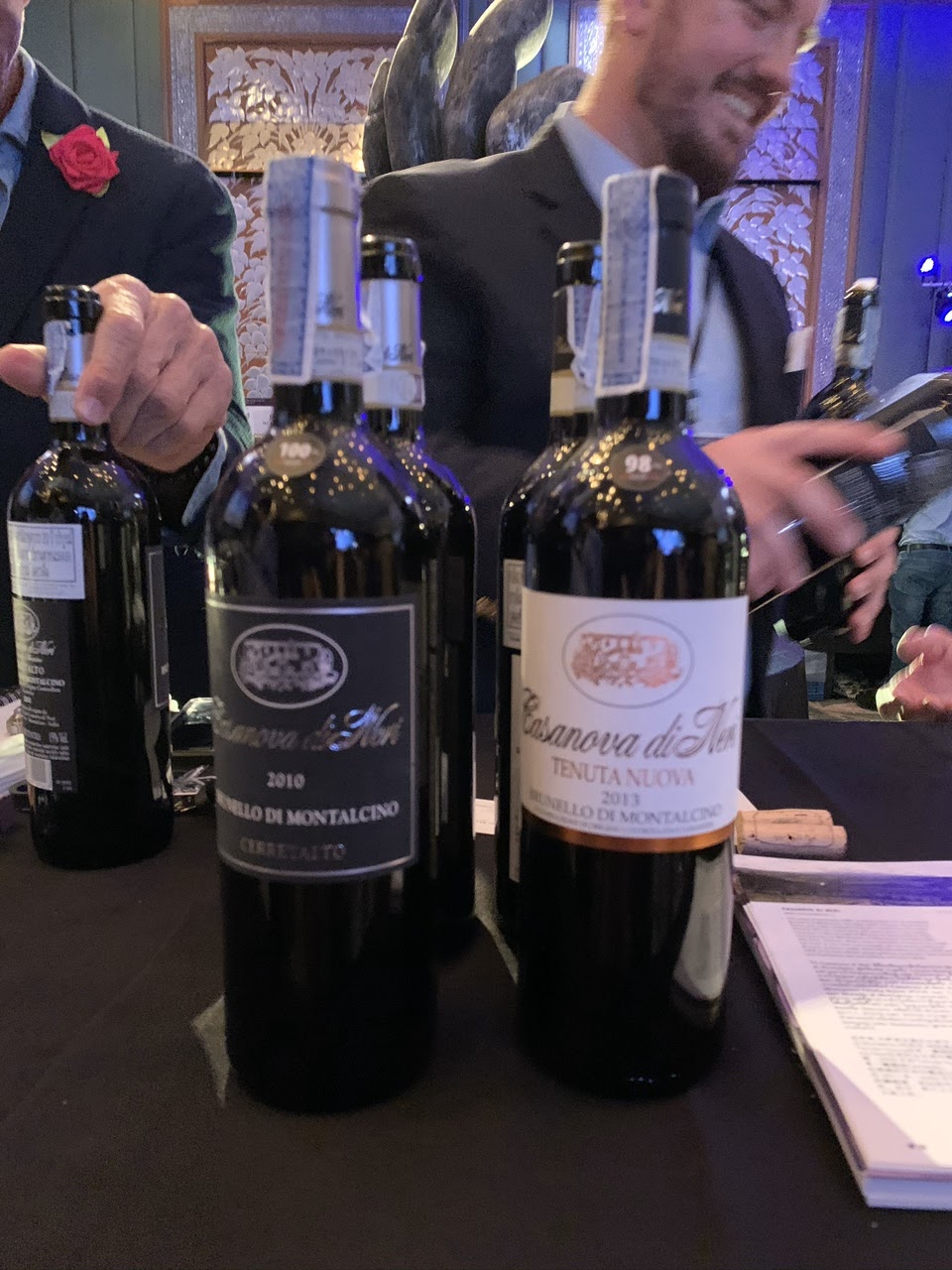 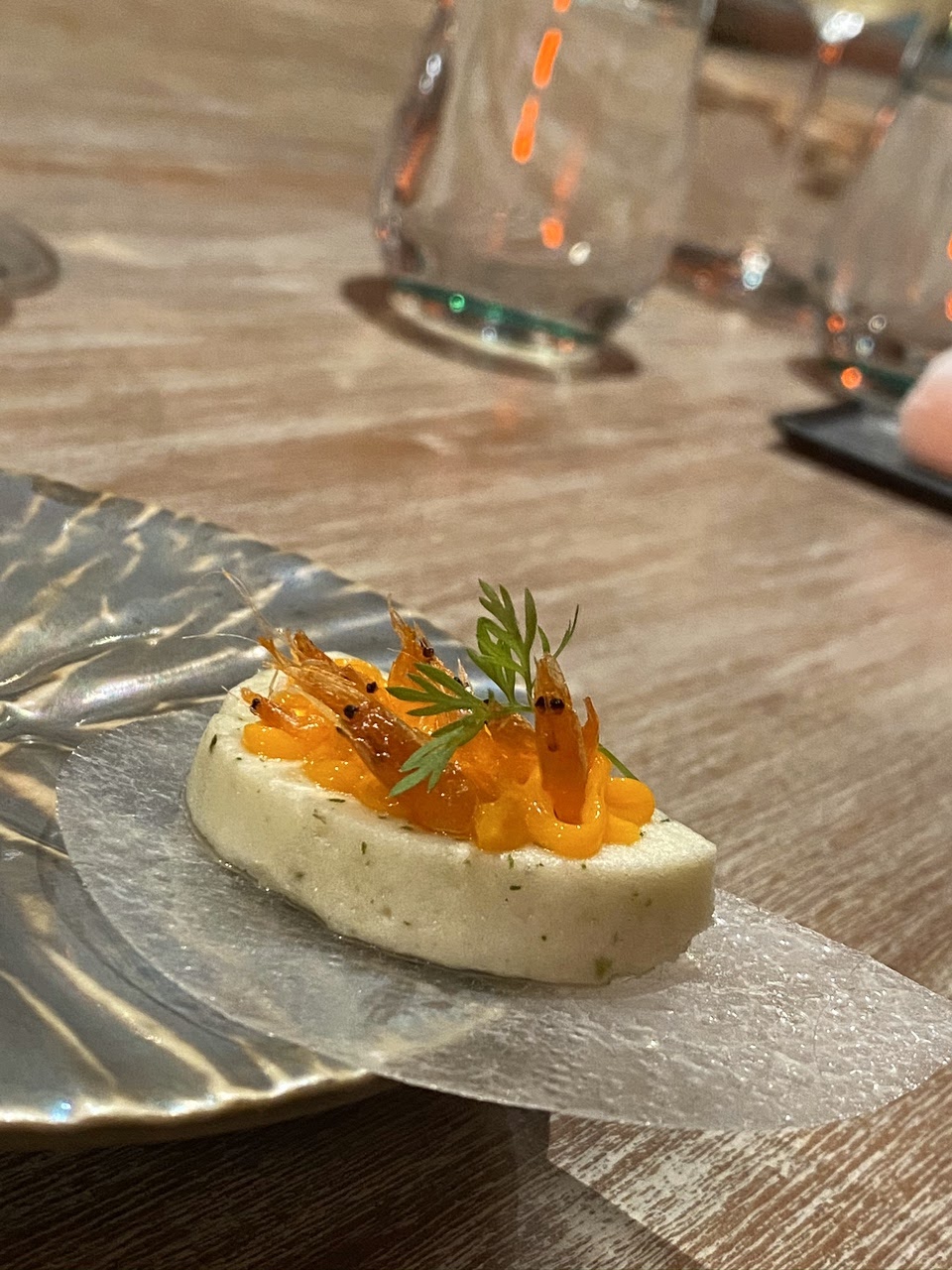 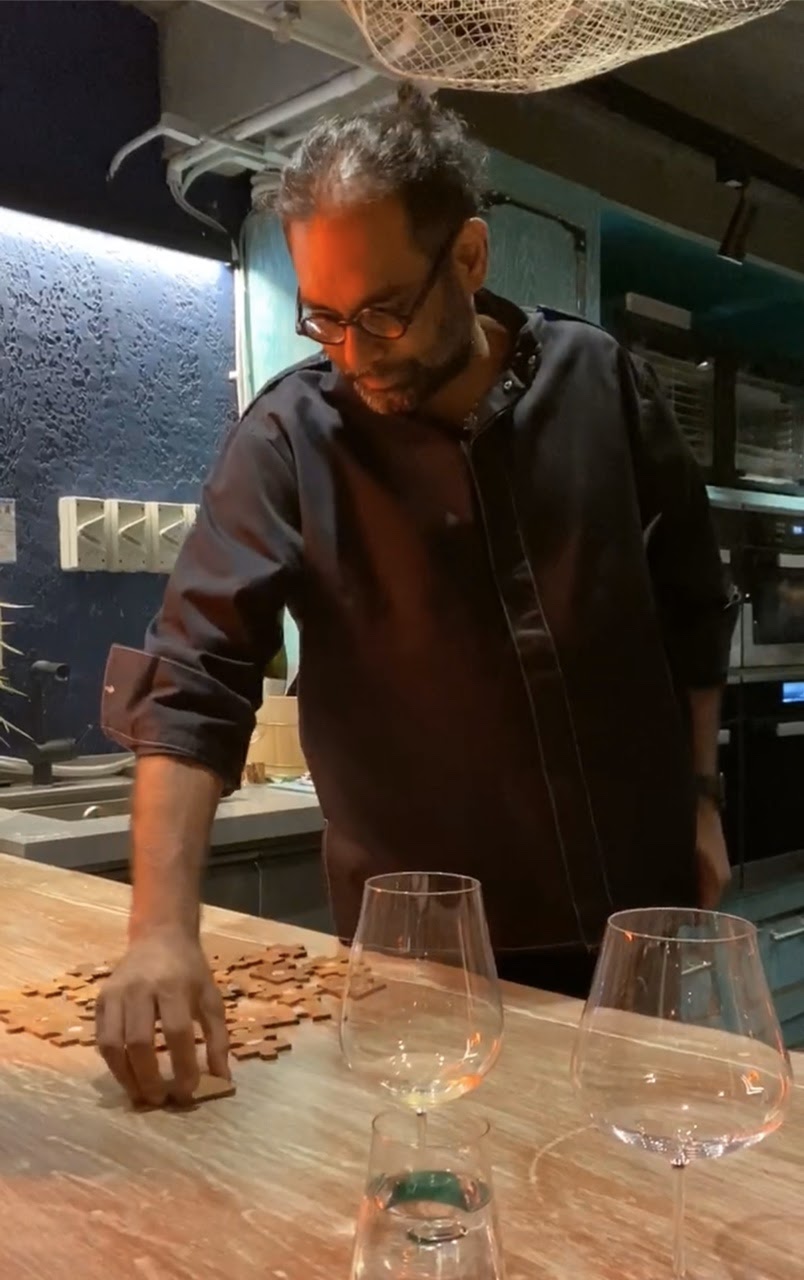 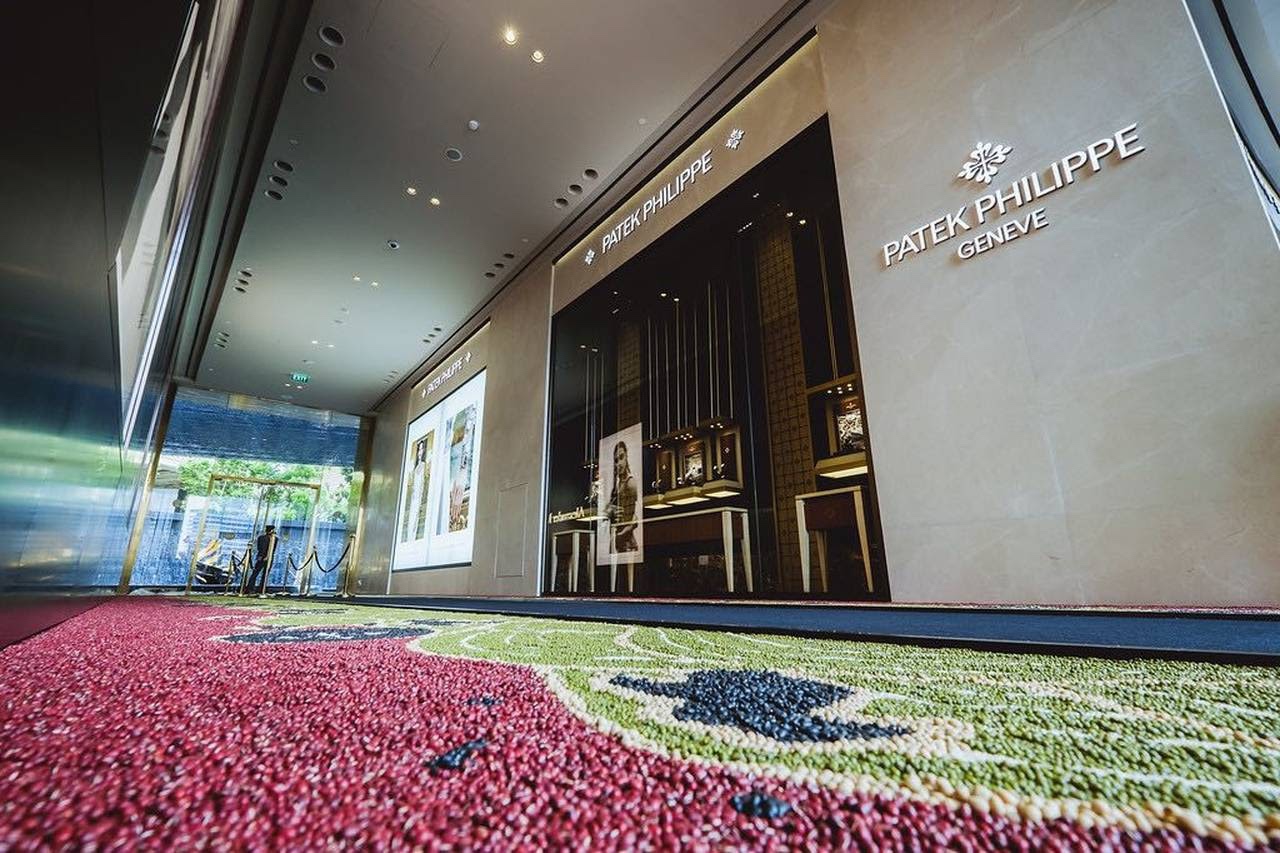 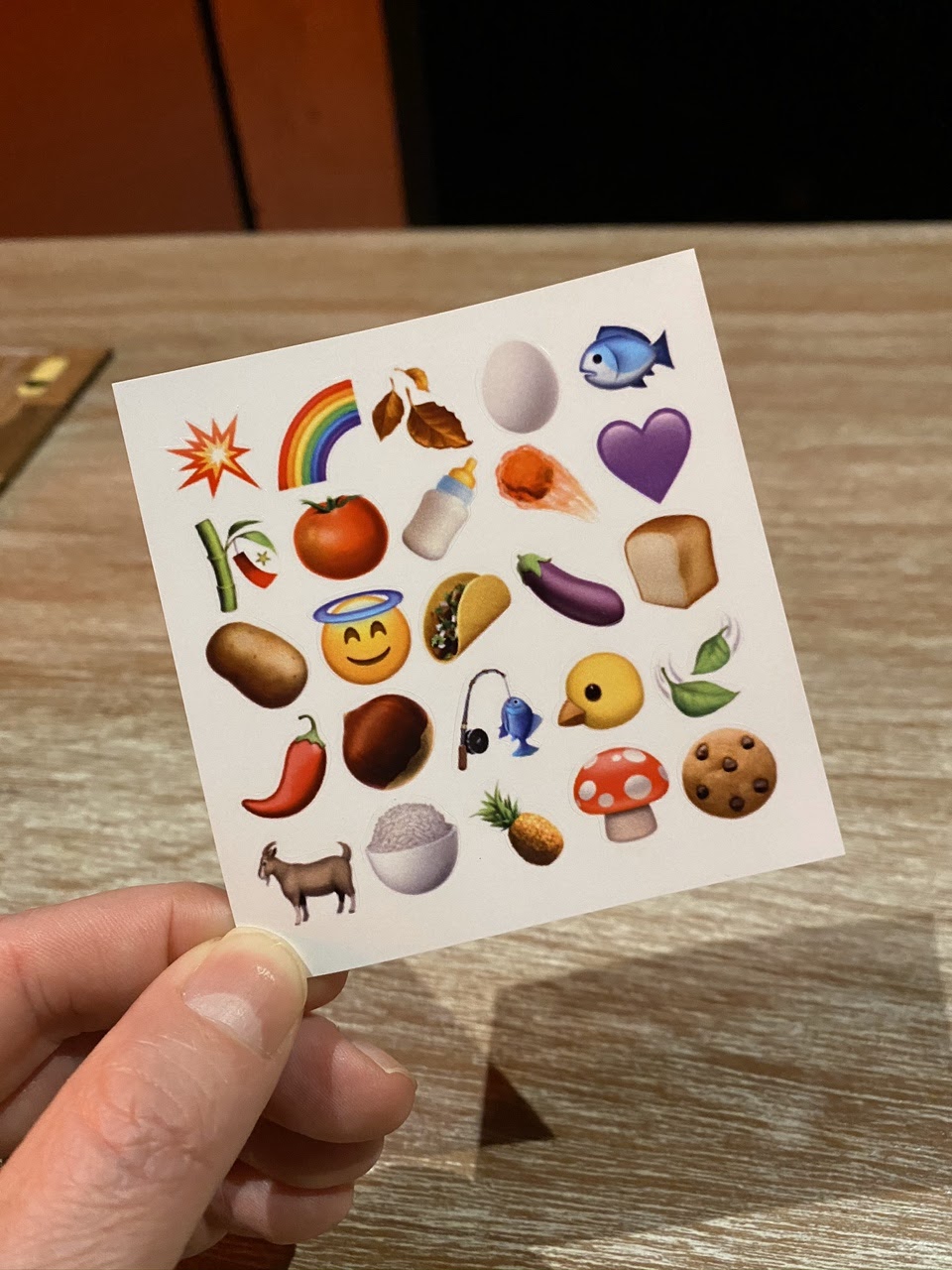 By: Maltie : December 1st, 2019-05:15
We just spent a few nights in Bangkok, indulging in exquisite food, enjoying Gaggan’s new G-spot and visiting James Suckling’s wines of Italy event. We took the opportunity to visit two Patek Philippe boutiques and we were “welcomed” at both with pure arr...
login to reply

Wow 😳, sorry to hear about your bad experience in Bangkok !

Still happens to often. Just had a similar thing on thursday

By: Reuven Malter : December 1st, 2019-05:46
Sry for you but as long as the food is ok ;-) I went to a shop and said i might buy tomorrow and then the sales person took the watch from me and said "ok but then we dont have to talk today" lol
login to reply

Don’t they know that billionaires walk around in cotton T-shirts,hoodies ,shorts and sneakers.

By: cpbmd : December 1st, 2019-05:50
There are people that look like the above that that could buy every piece in the store with daily pocket money. What rock have they been living under?
login to reply

It's a pity but it happens quite often, not only in Bangkok unfortunately

By: 1WatchMan : December 1st, 2019-05:58
I can understand that some tourists may enter the store only looking for a free coffee or a bottle of water, but you never know, so they should accept it and never misjudge.
login to reply

By: benzng : December 1st, 2019-05:59
Had tried Gaggan mid part of this year and it was interesting. I did went to a PP boutique beside the Grand Hyatt. I inquired about something but was told it was difficult to get. I remember there was a 5320 on display that time.
login to reply

Arrogance is universal.But as you know, there are so many watches to buy! [nt]

Just Dumb as H. I've not had such an experience with PP but once recieved totally unappropriate snide remarks at a boutique of another "King" brand while wearing a GS. Only ever went

By: InDebtButOnTime : December 1st, 2019-08:10
back once for a quick glance to see if they have "anything".. which they never do. Just made me want to buy another GS (I did!).
login to reply

Because of my humble upbringing I have learned two things in life.

By: aperna : December 1st, 2019-08:38
Expect the unexpected and be respectful. I have little or no tolerance for people who are otherwise I would bet their attitude would change tremendously once you throw down the credit card
login to reply

This is my typical experience in PP ADs. Only time I am ever treated with respect is when I wear one of my Pateks or APs - if I don't have a watch on or have a Turtle on, I get treated quite poorly in the ADs.

By: @Patek_Ambassador : December 1st, 2019-09:01
I was flat out ignored at the Tiffany’s boutique where an SA occupied with no one and I was the only one in the entire boutique, made it a point to not come up and talk to me. I hope the LVMH acquisition of Tiffany means the end of the Tiffany PP relation...
login to reply

By: piccolochimico (aka dsgalaxy1) : December 1st, 2019-09:50
We ALL judge by the cover. It's unconscious processing. But we do so. Likely those employees are trained to spot "casual" wealthy persons from the time-wasters, which are the vast majority. Asking a 90k watch without being known is a legit question by OUR...
login to reply

It’s human nature it seems. But, people in sales roles should be trained to avoid thee assumptions.

By: Jay (Eire) : December 1st, 2019-10:11
I had a very similar experience in Bucherer Vienna this past week, it’s mildly frustrating.
login to reply

Pretty Woman scenario!!! Sorry you has a bad experience!

By: Saz : December 1st, 2019-11:42
For me It was in New York. my wife and I went to De Beers boutique. It was raining and we were wearing casual clothes! The SA insisted on the fact that we might find what we are searching for on the first floor: where the less than 1ct are on display... I...
login to reply

As long as there are people willing to buy Patek Philippe watches they will laugh all the way to the bank. They got some of my money some years ago but never again. [nt]

I went to the Patek Boutique last summer on the Bahnhofstrassa in ZUrich. I was treated very well. I was in shorts in the summer. They showed me a few nice watches. Very kind sales people. [nt]

Very sorry to hear this. I'm sure similar (or worse) incidents have probably happened to ALL of us at some point during our "collecting careers", and they are always sad and foolish.

By: FabR : December 1st, 2019-14:14
You are obviously smart enough not to let any of this affect your consideration of Patek, but since you haven't been treated with the respect you deserve at their ADs, I would definitely report this experience. In case you have the names of the two salesp...
login to reply

By: Ano Nuevo : December 1st, 2019-14:38
For a respite from condescending, obnoxious and rude customer service people. I’ve visited that location twice in four years, and both times the sales person was helpful, knowledgeable, personable and treated me with unforced friendliness. And no, I was n...
login to reply

Sorry 😐 to hear your experience. Sales reps should be sensitive to possible clients.

By: geross : December 1st, 2019-17:13
Not to showy of their stuff. But approachable. But you have to understand they sometimes judge the person by what is on your wrist. And get up. So they deduce that to entertain you might be a waste of time. My observation. But you are definitely right. 😎 ...
login to reply

So stupid behaviour, I am speechless!

Two of what ? I didn’t mention the reference number right 🤔 [nt]

Just a way to silence the salesperson. I remember the line from the movie The Saint, when Val Kilmer orders a bottle of wine and the server says "That's 4,000 euros" or something and he says "well then get me two bottles". [nt]

Happens to most of us I suspect...

By: keks : December 2nd, 2019-02:16
Happens in all parts of the world too... I generally ignore and at times when I am in the mood I will let them know outright. Feel no shame in that...
login to reply

Exactly what I did too, told them off bluntly

By: Maltie : December 2nd, 2019-04:06
Must admit that this only happened so far at these 2 boutiques, both in Thailand. And I always walk in a Patek boutique wherever we travel. Lately I have been walking in to Lange boutiques again and in London, Hong Kong and Thailand they were very kind an...
login to reply

"Is this a historic Patek?" That was zur funniest experience of your sort that happened to me

By: COUNT DE MONET : December 2nd, 2019-06:11
Always laugh about it, Maltie. Historic Patek was I asked at a Patek AD. I knew that the salesman was thinking that I must have bought my Patek second hand. These things happen ... I often tell myself: good behaviour is a matter of luck, for some people.
login to reply

The food and wine looks good! the arrogance part...

By: watchheirmc : December 2nd, 2019-20:49
happened to me before in Dubai as well, albeit not in a watch shop. I was at their largest shopping mall and if I remembered correctly stumbled upon their Club or members-only floor. I walked in and was greeted by a staff member of South Asian origin. He ...
login to reply

Did he scream a lot when you amputated his finger? It would be very inelegant of him to scream on the VIP floor. [nt]

Lol I like to imagine a scene where something more significant than a finger had been amputated. [nt]

By: benlee338 : December 3rd, 2019-02:54
I am not surprised. They are known to give bad service. Got a run in with their boutique in MBS few years back and end up having to complain to Patek regional office. I would have answered the guy with, “I know the price and I bet you cant afford a three ...
login to reply

I'm curious how much of this behavior could be due to rude customers they experienced in the past, or if the staff is just being d-bags for no reason

By: jleno : December 3rd, 2019-04:19
I haven't met rudeness myself yet, but I do usually try to dress nicely before going into a watch boutique, and I also keep my stay short if I'm unlikely to buy anything.
login to reply

Terrible service, I think they are used to different clientele

By: CastorKrieg : December 13th, 2019-00:45
Reminds be of early 2000s in Paris before the Chinese tourists came - the big spenders were Russian and they were dressed like s***. Staff quickly learned that if you walked in with fur boots or hat you were able to go BIG. I find nobody goes into a luxur...
login to reply