By: JToddH : June 9th, 2017-07:41
At last year's 100th running of the Indy 500, I had the honor of spending time with two time Indy 500 champion Arie Luyendyk.
During one of our conversations, he told me about a watch he had that was given to drivers to commemorate the 75th Anniversary of the Indianapolis 500 in 1991.
Apparently the project was orchestrated by racer Eddie Cheever and the watch (as I understand) was never released to the public. It appears to be based on the TAG Heuer 2000.
Arie is working to get me in touch with Mr. Cheever to get more background on the genesis of this unique piece.
I have been holding off on publishing this photo until I have more info. Since I gave you all a teaser a while back, I thought I at least share the one photo I have. Hopefully I'll soon have a more complete story to share. 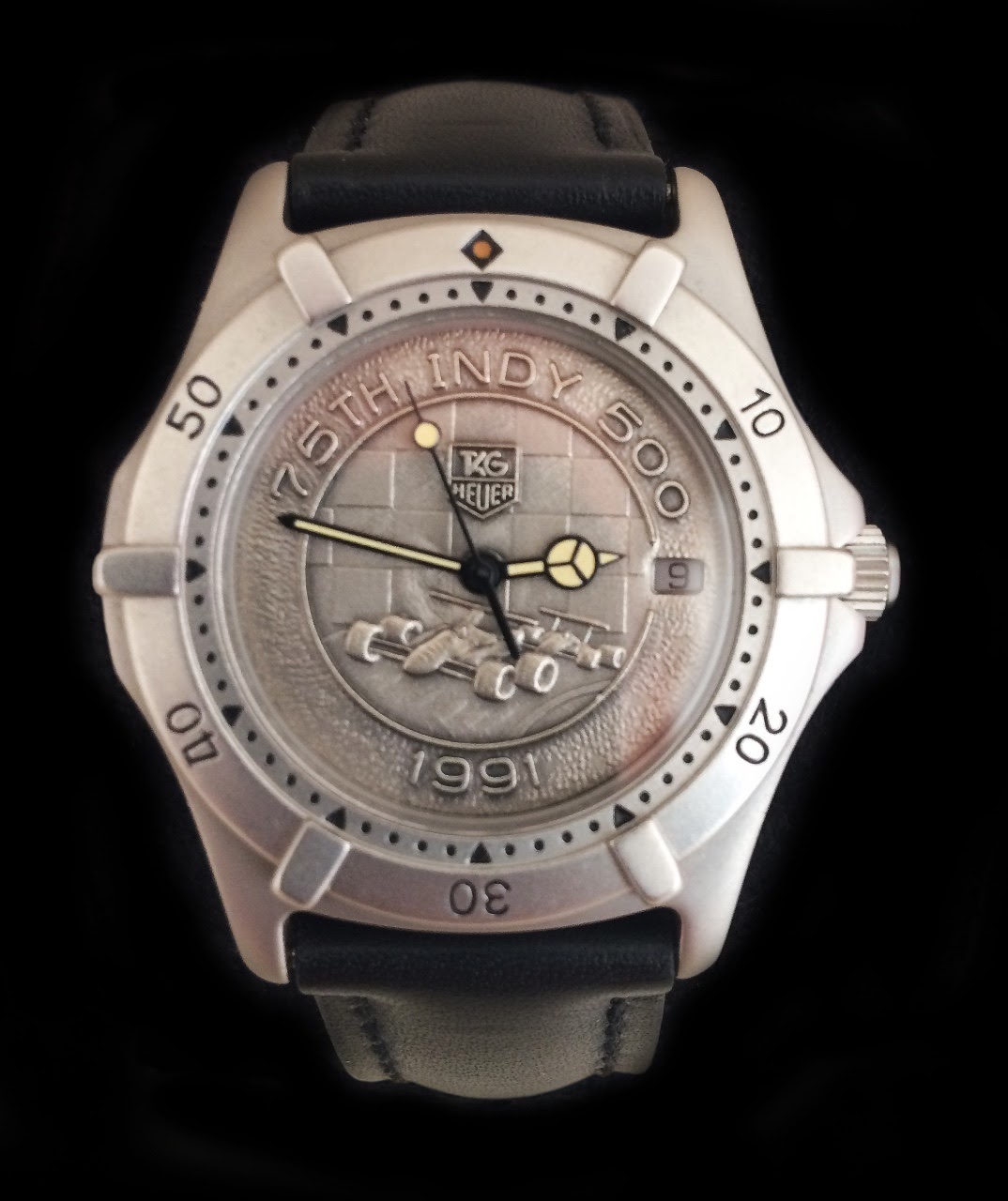 By: JToddH : June 9th, 2017-08:29
After a couple of trips to the Indy 500, I've really started to appreciate synergy between the two brands. Not to mention, this partnership has spawned some of the most iconic "themed" watches ever! Later this month, an Autavia (yes, Autavia) Indy 500 will go up for auction at Christies. They expect it to bring between $100k-$150k. Only 3-4 pieces are currently known to exist!
login to reply