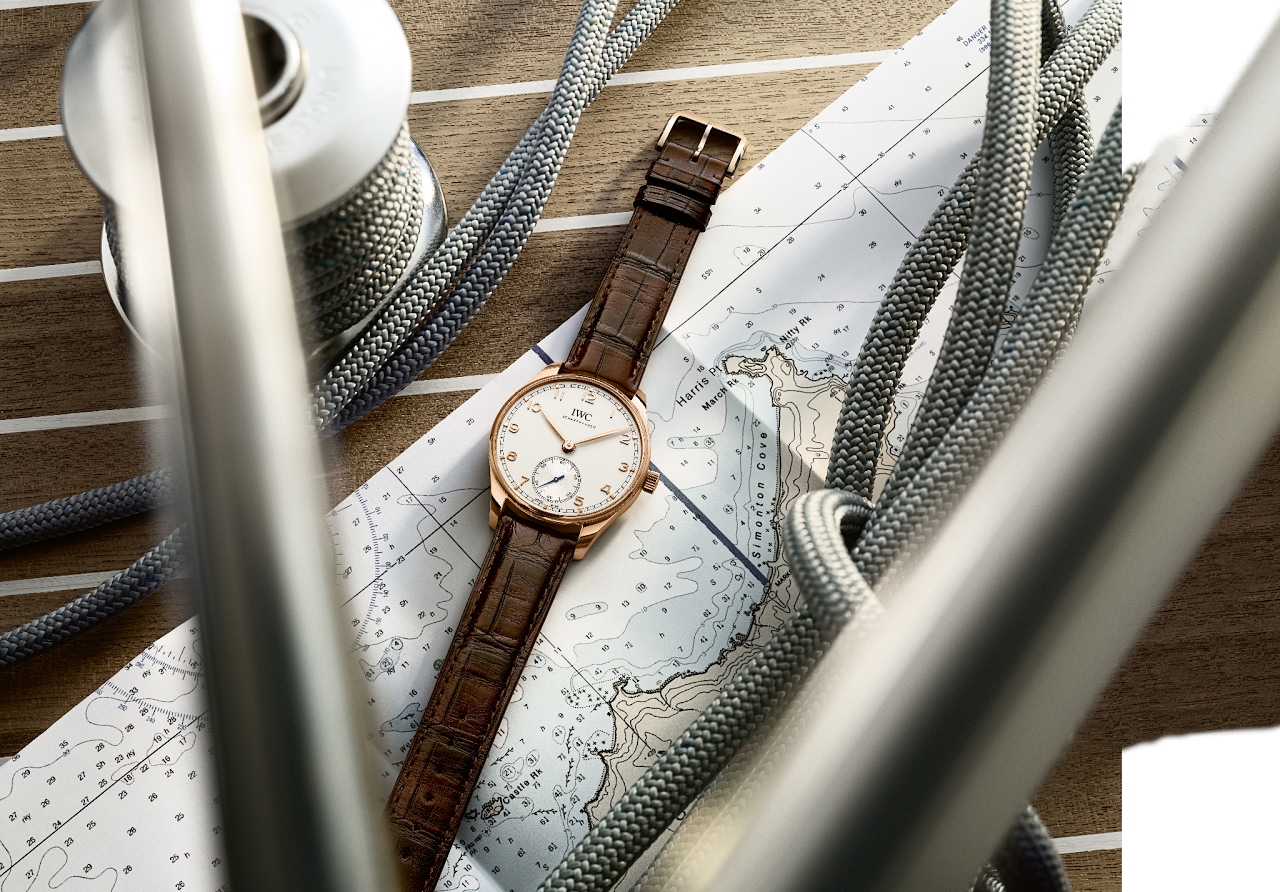 Now the timelessly modern design returns to the collection in a new automatic model with a compact case diameter of 40 millimetres. Ticking away inside the Portugieser

Automatic 40 (Ref. 3583) is the IWC-manufactured 82200 calibre. The robust, high-quality automatic movement has a Pellaton winding system with components made of virtually wear-free ceramic, which builds up a power reserve of 60 hours. A sapphire glass back provides an unimpeded view of the decorated movement. Four versions are available in 18-carat 5N gold or stainless steel. A newly developed butterfly folding clasp on the stainless steel models makes them particularly comfortable to wear. 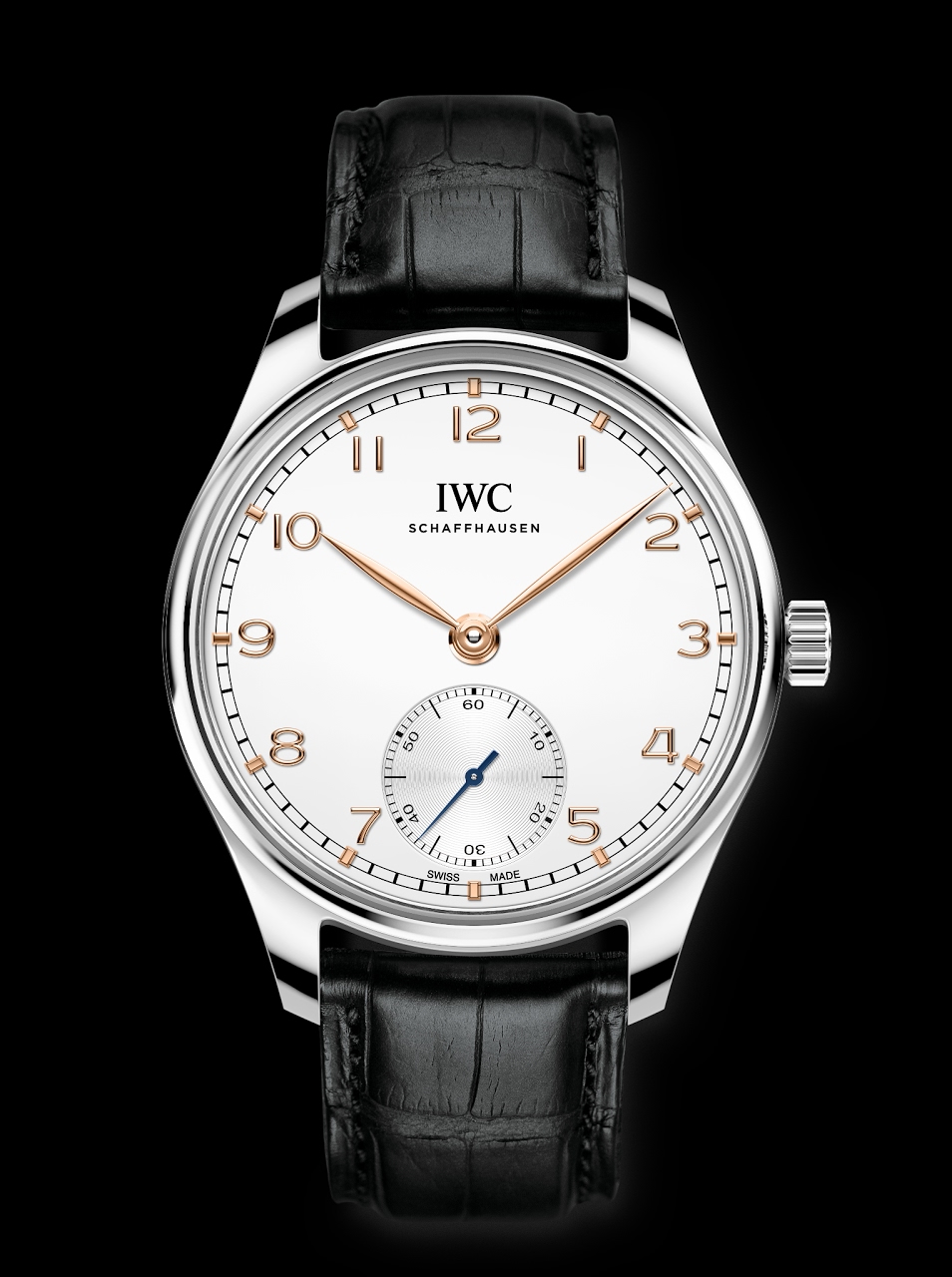 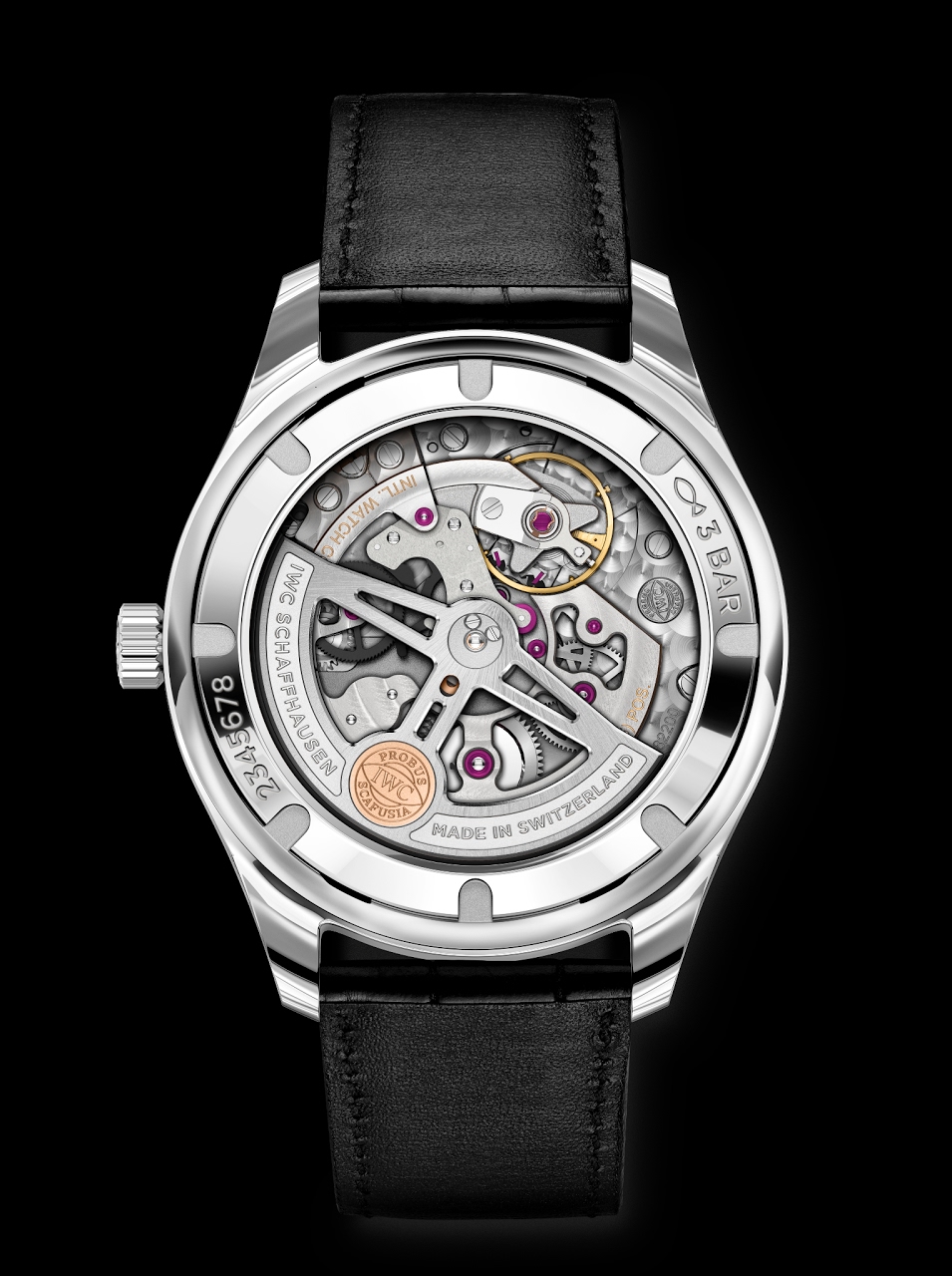 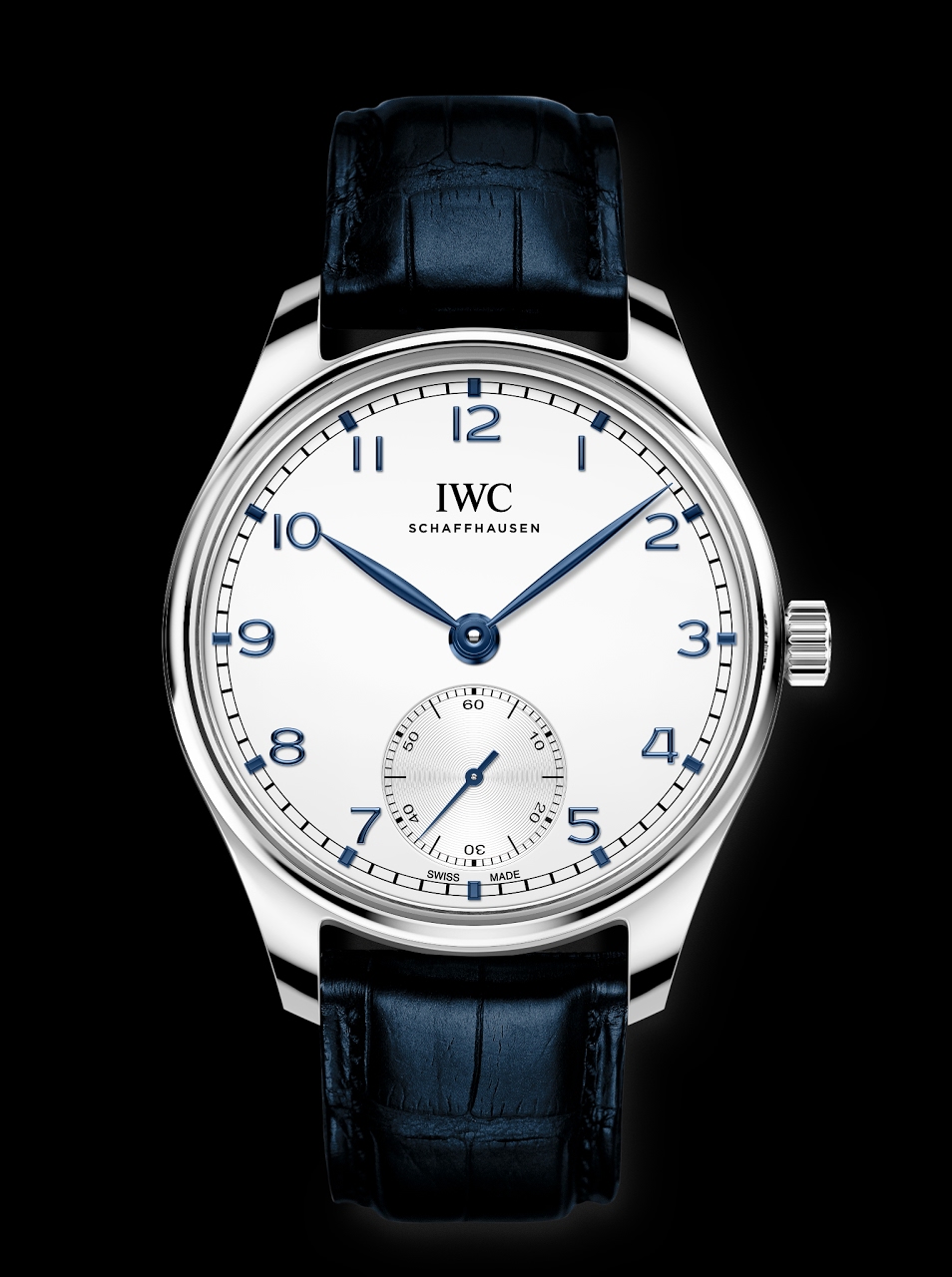 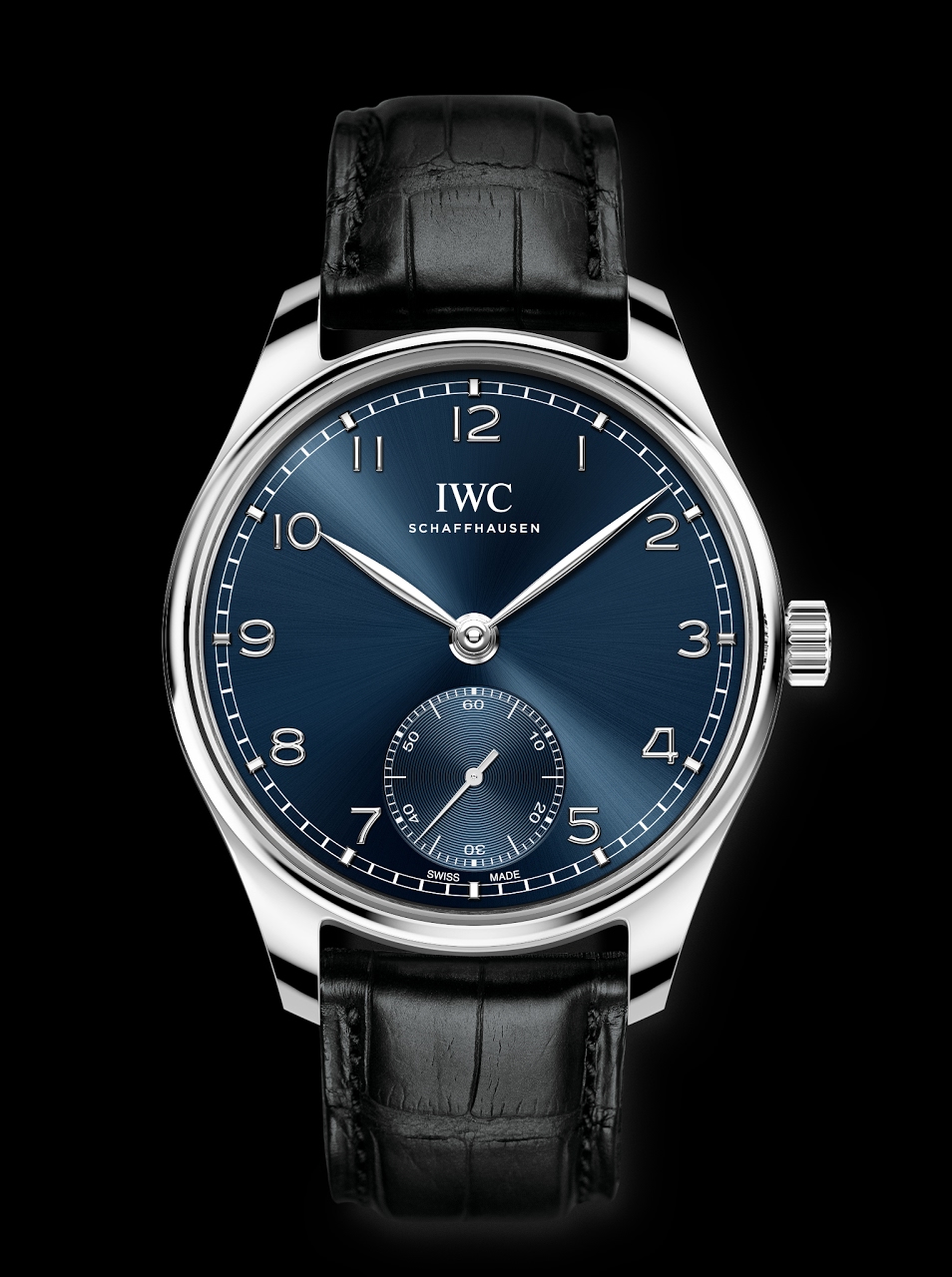 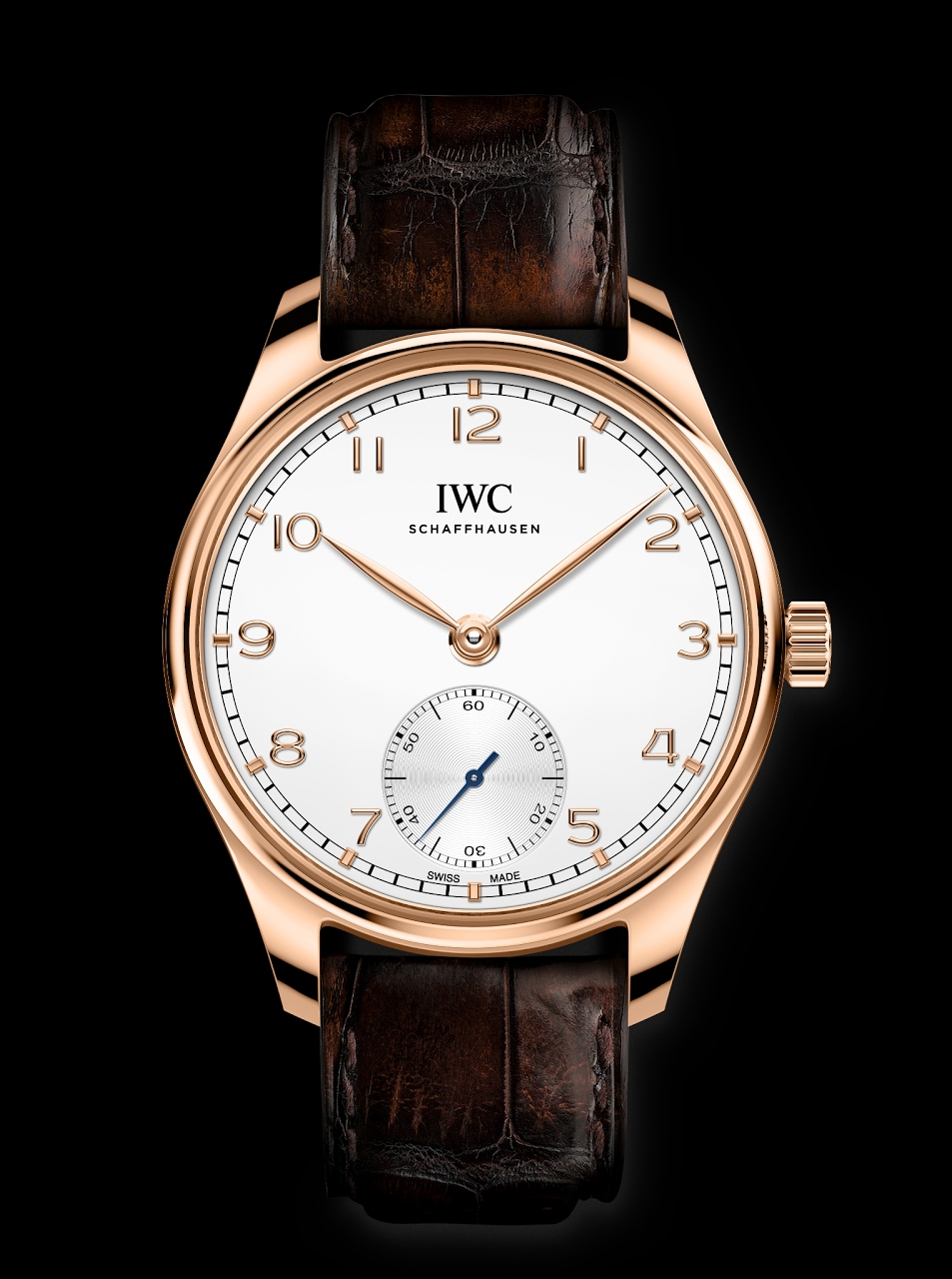 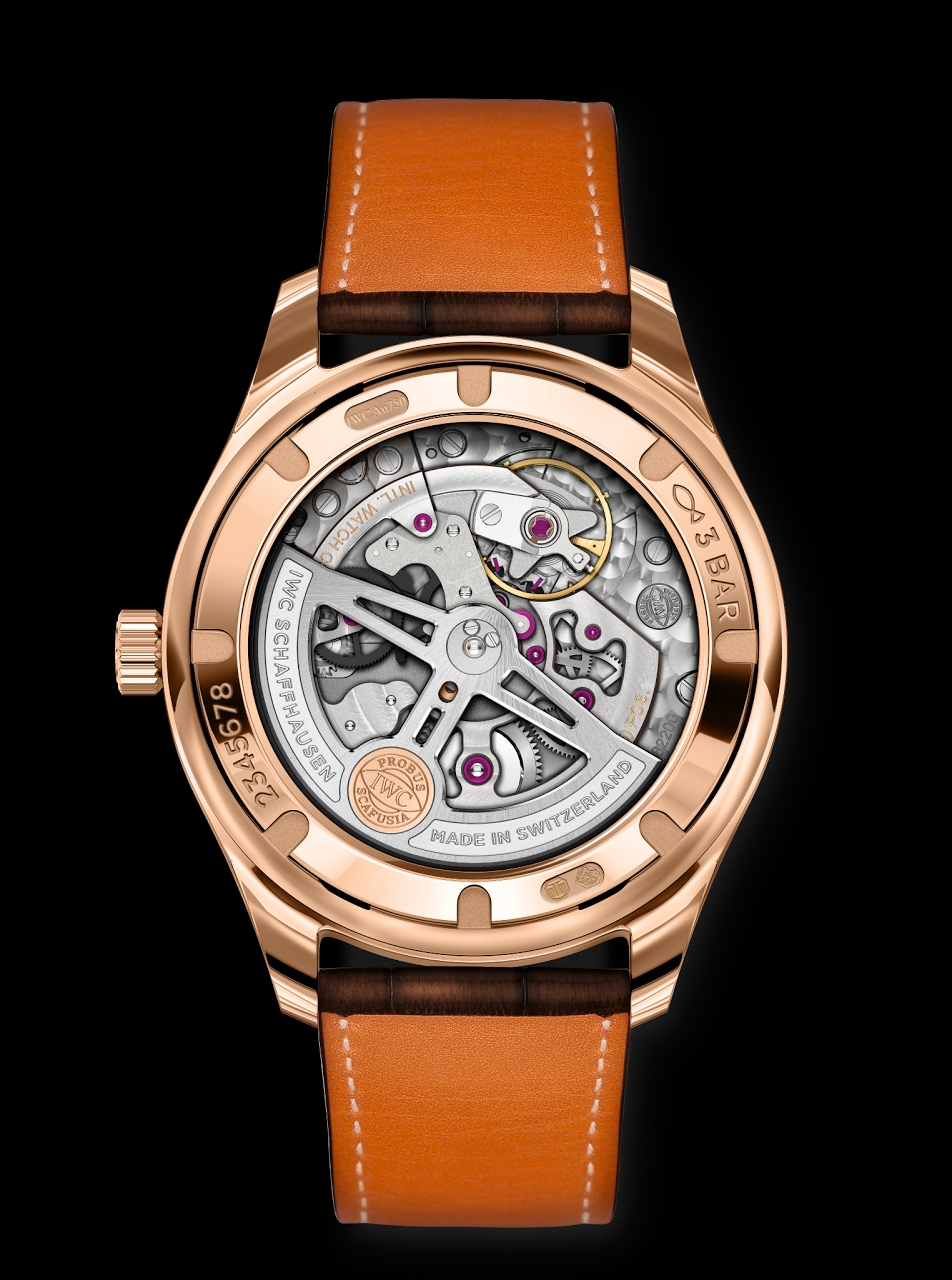 By: LX (Alex) : April 24th, 2020-18:46
I hope to see this one on many peoples' wrists soon. I really like the direction IWC has taken over the past two years! In-house movements with a more realistic pricing than previously and a good evolution in the Portugese and Pilot lines.
login to reply
By: lavrentivs : April 25th, 2020-02:09
This is a good choice for those who want a smaller diameter and automatic winding. The lack of 'Automatic' printed on the dial and the lack of a date are positives in my opinion. I also like that the movement has some skeletonisation to it so that you can see the gear train instead of having a bridge covering everything expect the balance wheel. However, the cost of automatic winding is the 12.4mm thickness. I also feel that the movement is on the smaller side at 30mm, giving a 3:4 movement to case ratio whereas the pocket watch based Portugiesers had 37.8mm movements in 42mm cases.

By: jlux : April 25th, 2020-05:54
Finally a Portuguese for smaller wrists.
My favorite would be the white dial/blue hands model.
login to reply